The renovation of the historic Charles R. Jonas Federal Courthouse in Charlotte, originally built as a post office in 1915 and expanded in 1932, and the addition of a new eight-story annex will provide the facilities required for modern-day court proceedings. Our design carries forward the Classical architectural tradition that has expressed the dignity of the courts since the early days of the Republic. Our new annex, clad in precast concrete panels to match the limestone of the original courthouse, will defer to the existing building at the street, retaining the ceremonial entrance on West Trade Street and the historic lobby and gallery. A new skylighted double-height stair hall featuring what is now the southwest facade of the Jonas Courthouse will further connect new to old. New courtrooms will occupy the lower floors of the annex; judges' chambers will be located on upper floors, with chambers on the sixth floor opening to double-height loggias on the north and south of the building that reprise the portico of the existing courthouse. The top floor will house a Special Proceedings Courtroom and chambers. The annex will symbolize as never before the role of the Federal Courts in the civic life of Charlotte and for the first time give the Jonas Courthouse a presence on the city's skyline. 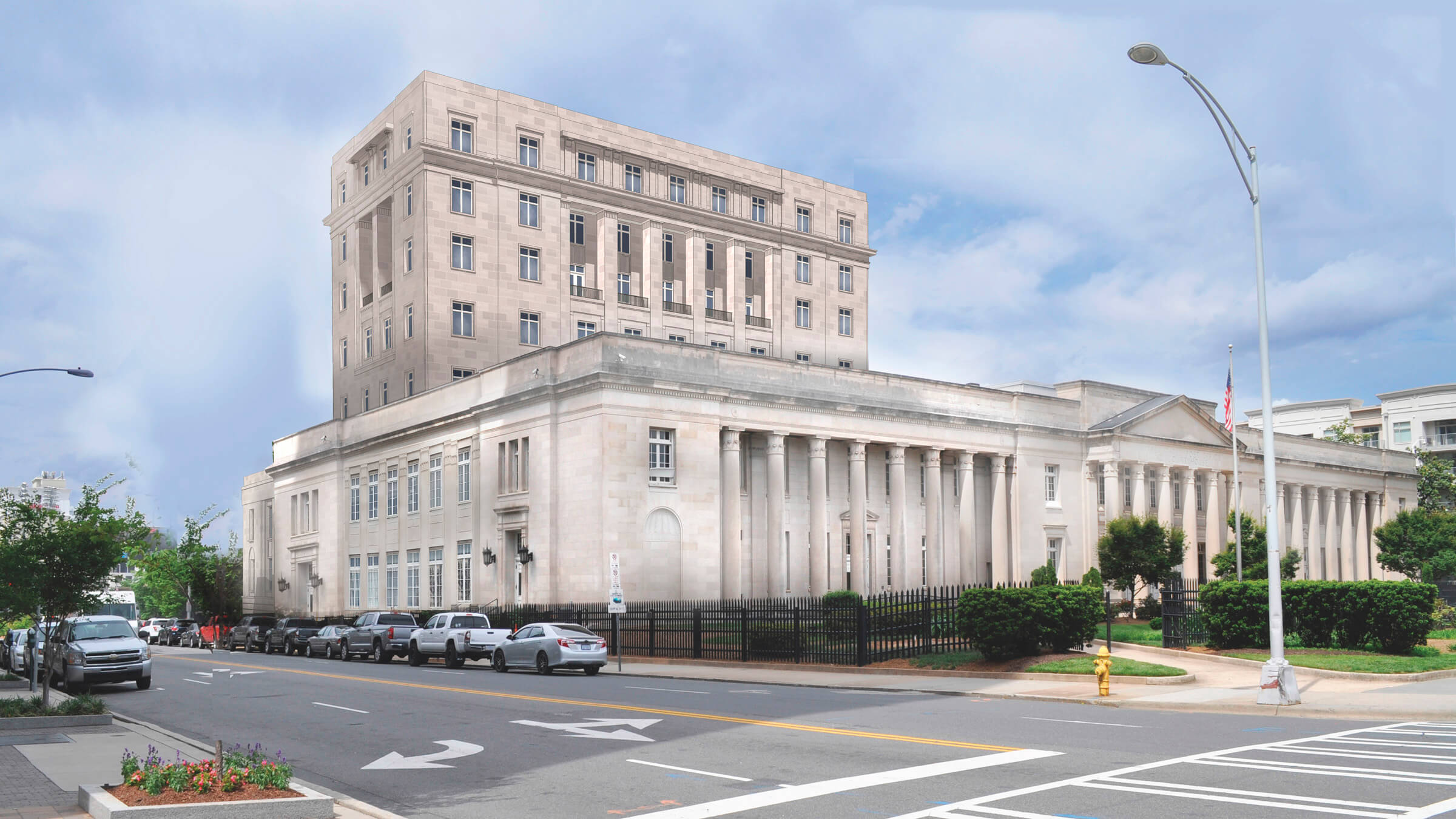 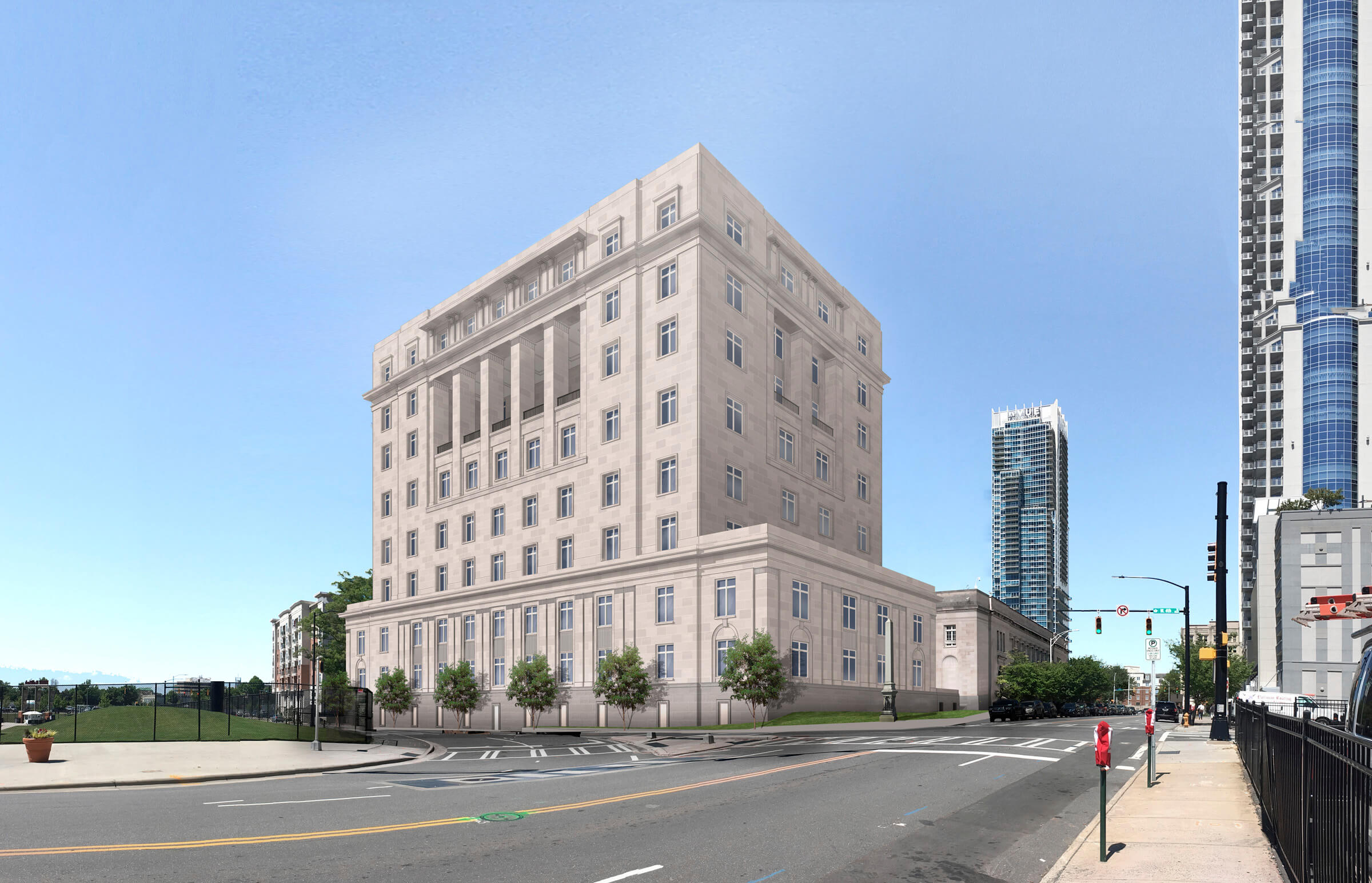 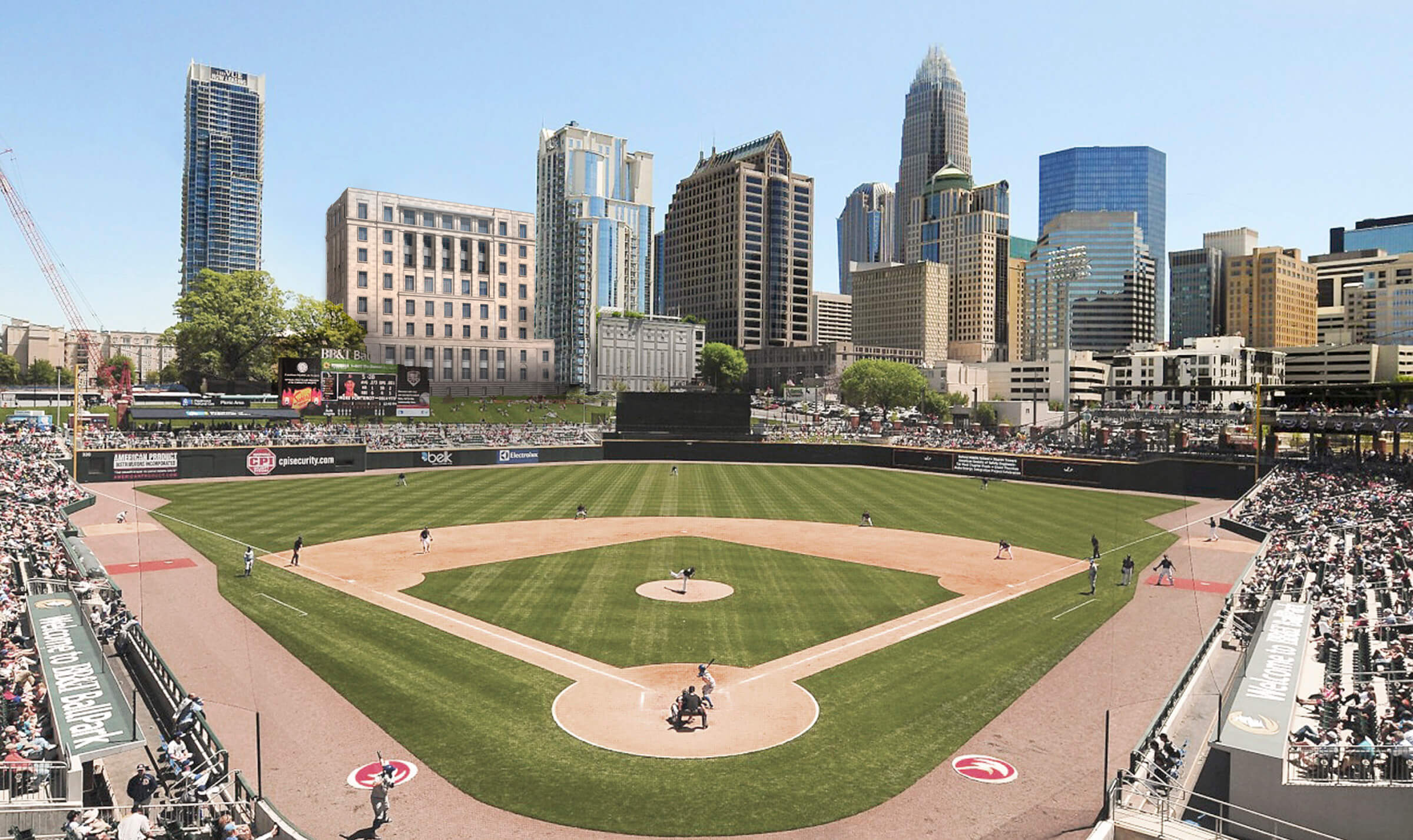