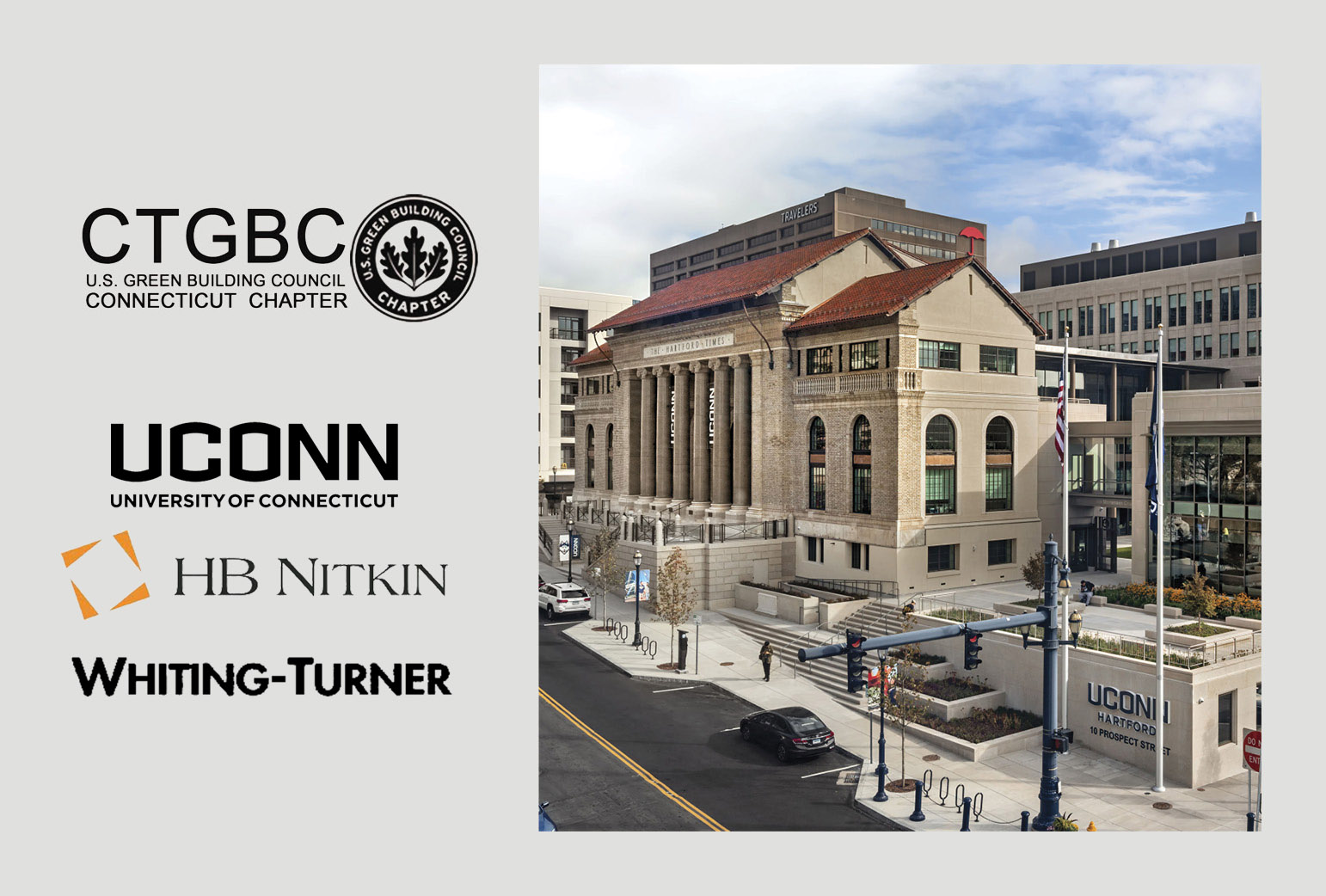 The Connecticut Green Building Council announced today that the University of Connecticut's Downtown Hartford Campus, designed by Robert A.M. Stern Architects, has been honored with the CTGBC Award of Excellence, the organization's highest honor.

After nearly fifty years in the suburb of West Hartford, the University of Connecticut returned their Hartford campus to the more publicly accessible and culturally relevant urban downtown. The campus project restored and repurposed the previously vacant but historically significant Hartford Times Building, integrating it into a new five-story academic complex. Developed by The HB Nitkin Group, the full-block campus surrounds a publicly-accessible courtyard, and provides 140,000 square feet of classrooms, administrative offices, and student social spaces, contributing to the revitalization of Hartford's Adriaen's Landing district and adding to the concentration of its cultural institutions. RAMSA Partners Robert A.M. Stern, Graham S. Wyatt, and Preston J. Gumberich led the design. The Whiting-Turner Contracting Company served as construction manager.

The CTGBC's mission is to transform the way buildings and communities are designed, built, and operated, enabling an environmentally and socially responsible, healthy, and prosperous Connecticut and improving the quality of life for all. The Award of Excellence is given to one submission whose design the jury deems, overall, to be the most innovative and sustainable across its Residential, Commercial, Public/Institutional, Out-of-State, Passive House, and Student Design categories. Throughout the year the organization holds a series of workshops on green building topics, networking opportunities, membership meetings, educational forums, seminars on green buildings and LEED™ training. The Connecticut Green Building Council (CTGBC) is a chapter of the US Green Building Council (USGBC).