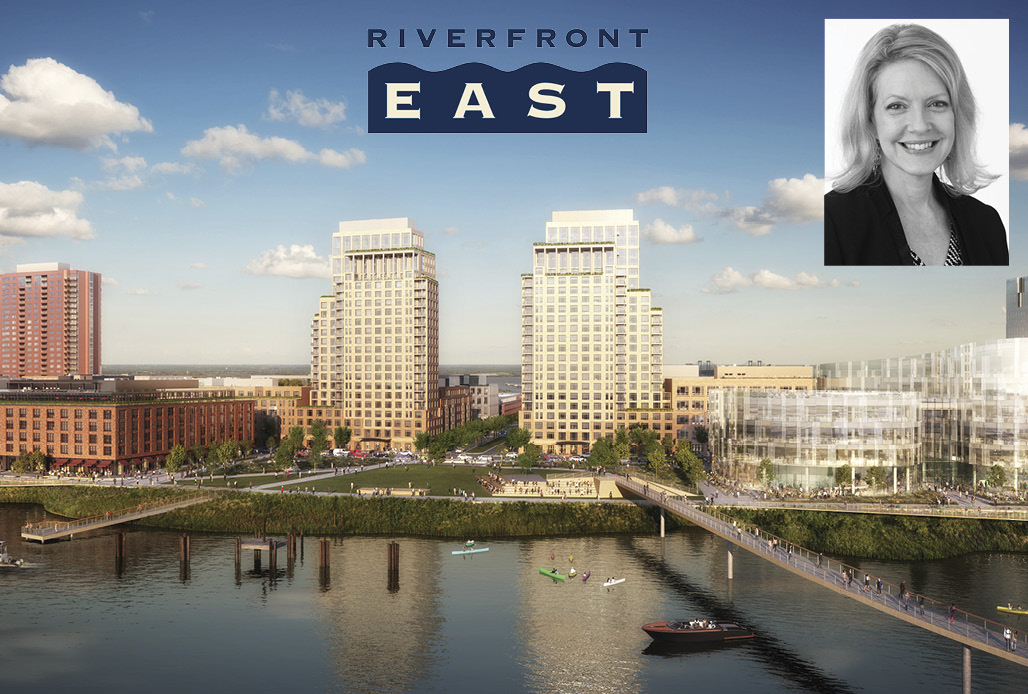 The Wilmington Riverfront Development Corporation today publicly unveiled comprehensive plans for Riverfront East, an 86.3-acre development of mixed-use opportunity, representing the next major land and economic development initiative along the Christina River in Wilmington, Delaware. Much like RDC’s work along the west side of the river, the $100 million Riverfront East project will breathe life back into spaces that have long sat idle and develop their potential to elevate quality of life and opportunity for the region. The Riverfront East Master Plan proposes a comprehensive vision for a dynamic, sustainable, mixed-use urban neighborhood along the Christina River.  Located directly south of downtown Wilmington, the site presents an extraordinary opportunity for the creation of a vibrant new district, with buildings and major public spaces that will enhance the life of the city, and that will attract and retain current and future generations to live, work and play.

The first phase in the eastward expansion will begin this summer; expected to cost $30 million and generate approximately 179 new job construction opportunities. This phase includes public infrastructure projects to make everything more accessible and safer for auto, pedestrian and bike traffic, as well as mass transit. Construction will include stormwater management, roadways and parking areas, a Riverwalk, and a central green. RDC has acquired key parcels needed for the project and is near completion of bringing the land up to environmental standards for business and residential development. RDC anticipates finishing phase one by the end of 2023.

“From the moment we put the wheels in motion in 2016, every element in the planning and development of Riverfront East has focused on ensuring its opportunities and experiences are valuable and accessible to all,” said Megan McGlinchey, RDC’s executive director. “We’re excited to move full speed ahead on this mission—one engineered to empower personal and economic growth, fulfillment, and achievement for present communities, while building the strong, sustainable foundations of continued progress for future generations.”

In 1995, the Riverfront Development Corporation (RDC) was created by the General Assembly to bring economic vitality to Wilmington’s Christina River. Since that time, RDC has been overseeing the growth and restoration of the public and private land surrounding the river, transforming Riverfront Wilmington into one of the area’s most vibrant and exciting destinations to live, play and work. Once a largely abandoned and destitute former shipbuilding community, Riverfront West now teems with residences, hotels, restaurants, and indoor and outdoor attractions. As RDC enters its 26th year, it now pursues the same type of transformative economic, destination and residential opportunities in the development of Riverfront East. To learn more about RDC and their current and future projects, visit riverfrontwilm.com or follow RDC on Facebook (Friends of Riverfront Wilmington) or Instagram (@riverfrontwilmington).