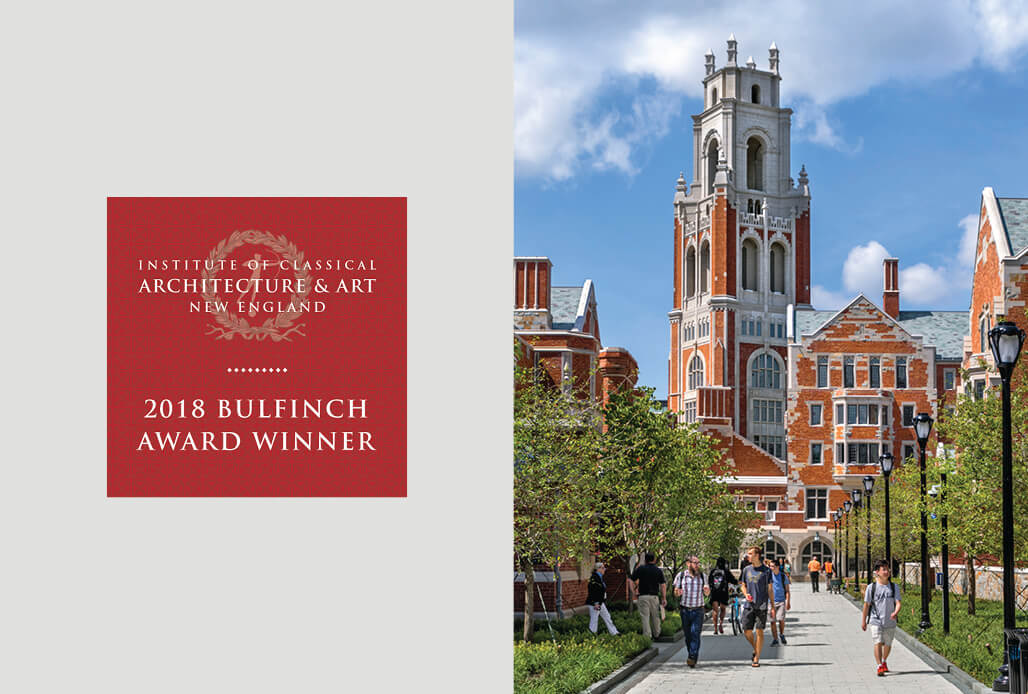 The Bulfinch Awards are a program of the Institute of Classical Architecture & Art New England Chapter (ICAA New England) and recognize practitioners from across the nation who are committed to promoting excellence in the classical tradition and allied arts within New England. All eligible projects work toward building upon the legacy of Boston architect Charles Bulfinch (1763-1844), who is widely regarded to be the first native-born American to work in the field professionally. Initiated in 2010 and modeled on the ICAA’s Arthur Ross Awards, the New England Bulfinch Awards program is an annual competition. The 2018 judges were Marc Appleton, Thomas Pheasant, and Greg Tankersley. The winners of the Bulfinch Awards will be recognized at a ceremonial reception and dinner gala at the Harvard Club of Boston on Saturday, April 28, 2018 at 6:00 pm. For more information about the Bulfinch Awards, please click here.