The University of Connecticut’s new campus continues the revitalization of downtown Hartford’s Adriaen’s Landing District that was most recently embodied in the Front Street Retail development designed by RAMSA and completed in 2010. This new project restores and repurposes the historic Hartford Times Building (Donn Barber, 1920), integrating it with the new campus making it an asset to the city once more after nearly a dozen years of vacancy. Its west façade, with restored grand staircases and raised podium, serves as the campus’ west entry facing City Hall Park.

At the heart of the campus is a dramatic three-story, naturally-lit atrium, entered directly from Front Street connecting the Hartford Times Building to a new five-story academic building to the east. The atrium which serves as the social hub or living room of the University, opens to a south facing, publicly accessible landscaped courtyard bounded by a two-story classroom wing that terminates in a large student lounge which serves as a beacon both day and night. At the corner of Prospect and Arch Streets, diagonally across from the main branch of the Hartford Public Library (Schutz and Goodwin, 1957 – expansion and renovation, 2007), a broad plaza and grand steps welcome the Hartford community to the campus.

The new campus's warm, buff-colored masonry and metal and glass exterior takes cues from the Hartford Times Building but also respects and reflects the restrained, yet elegant stone facades of its historic neighbors, Hartford City Hall (Davis and Brooks, 1915), the Morgan Memorial Wing (Benjamin Wistar Morris, 1915) and Avery Memorial Wing (Morris and O’Connor, 1934) of the Wadsworth Atheneum and the Travelers Tower (Donn Barber, 1919) located a block north on Prospect Street. 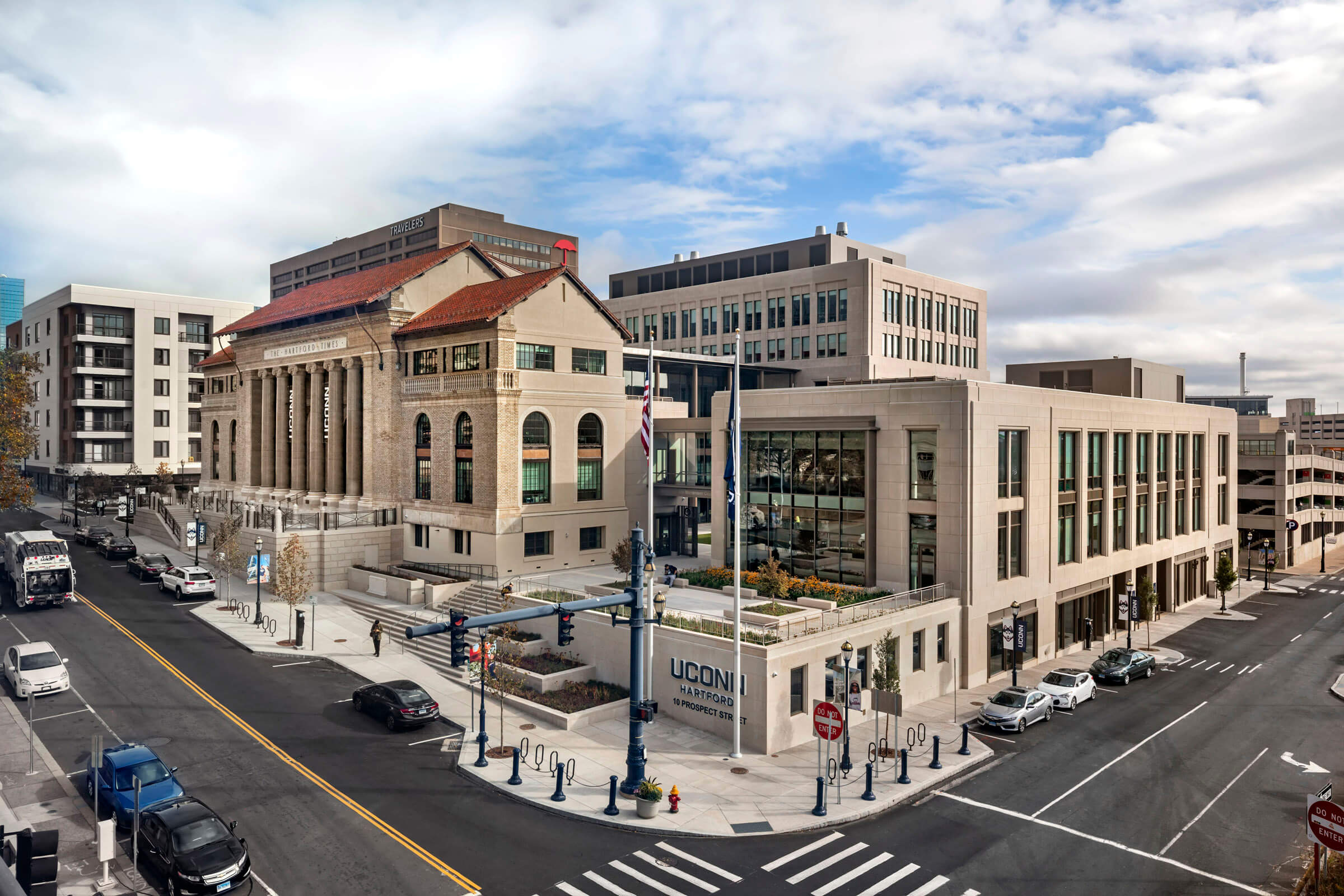 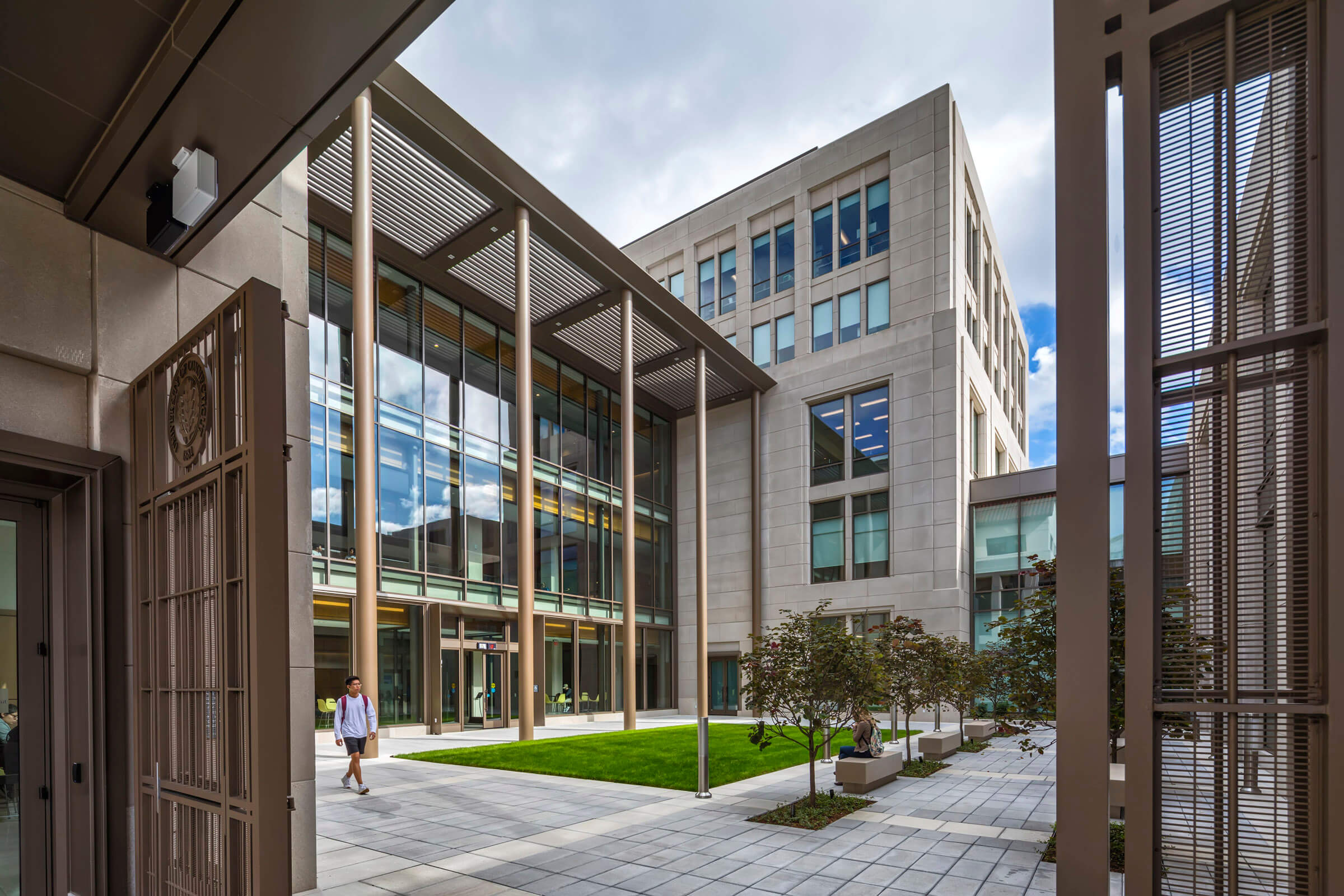 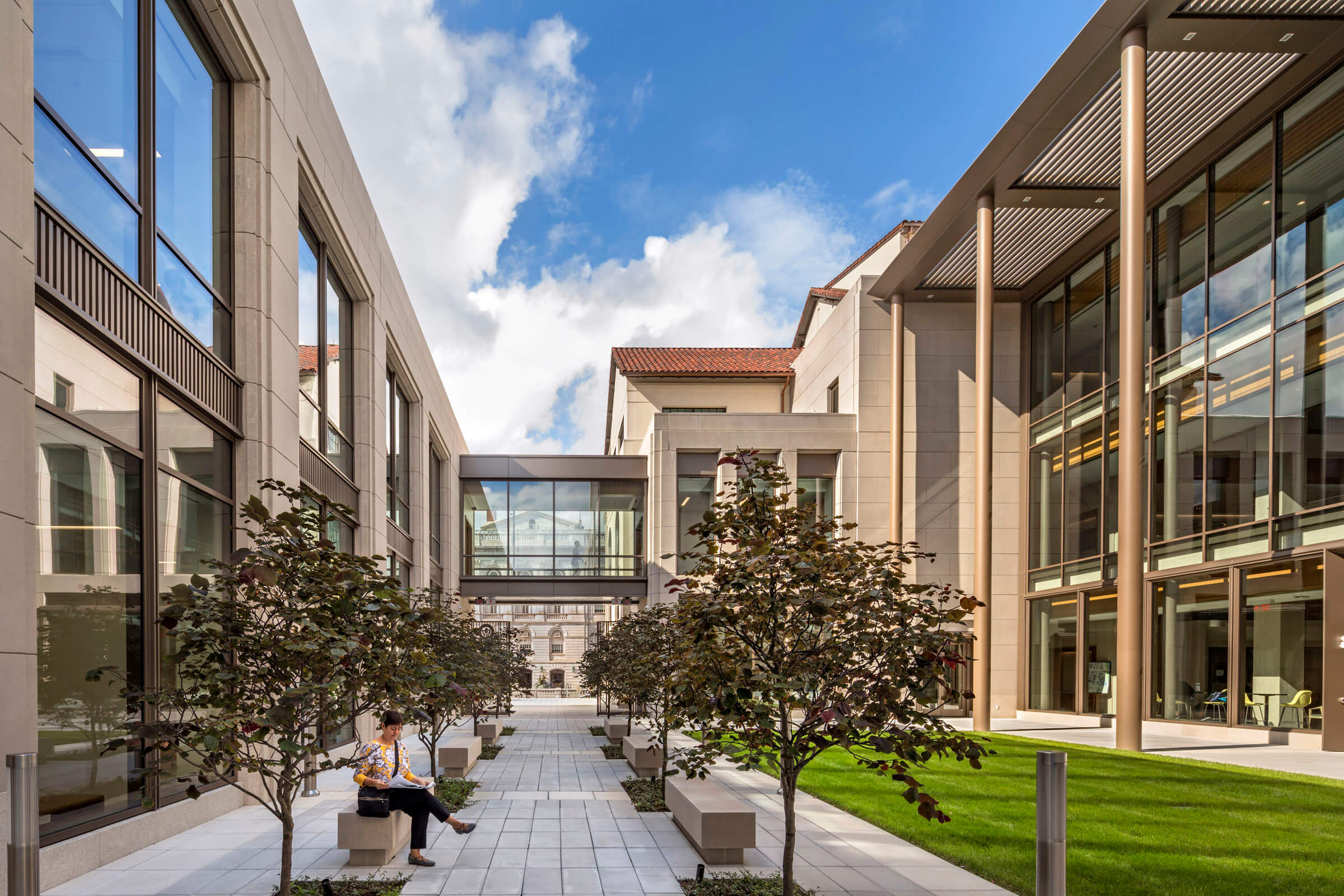 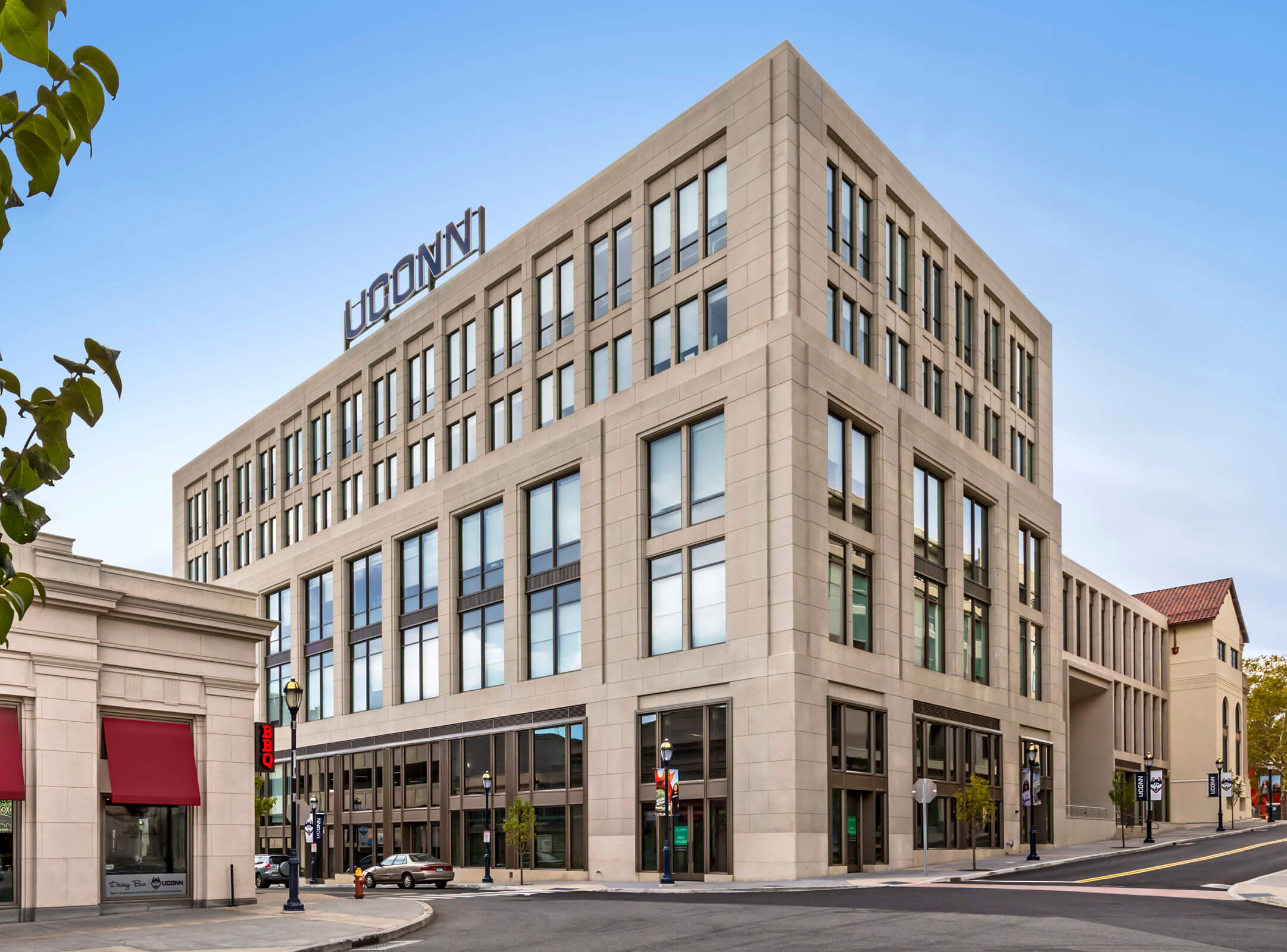 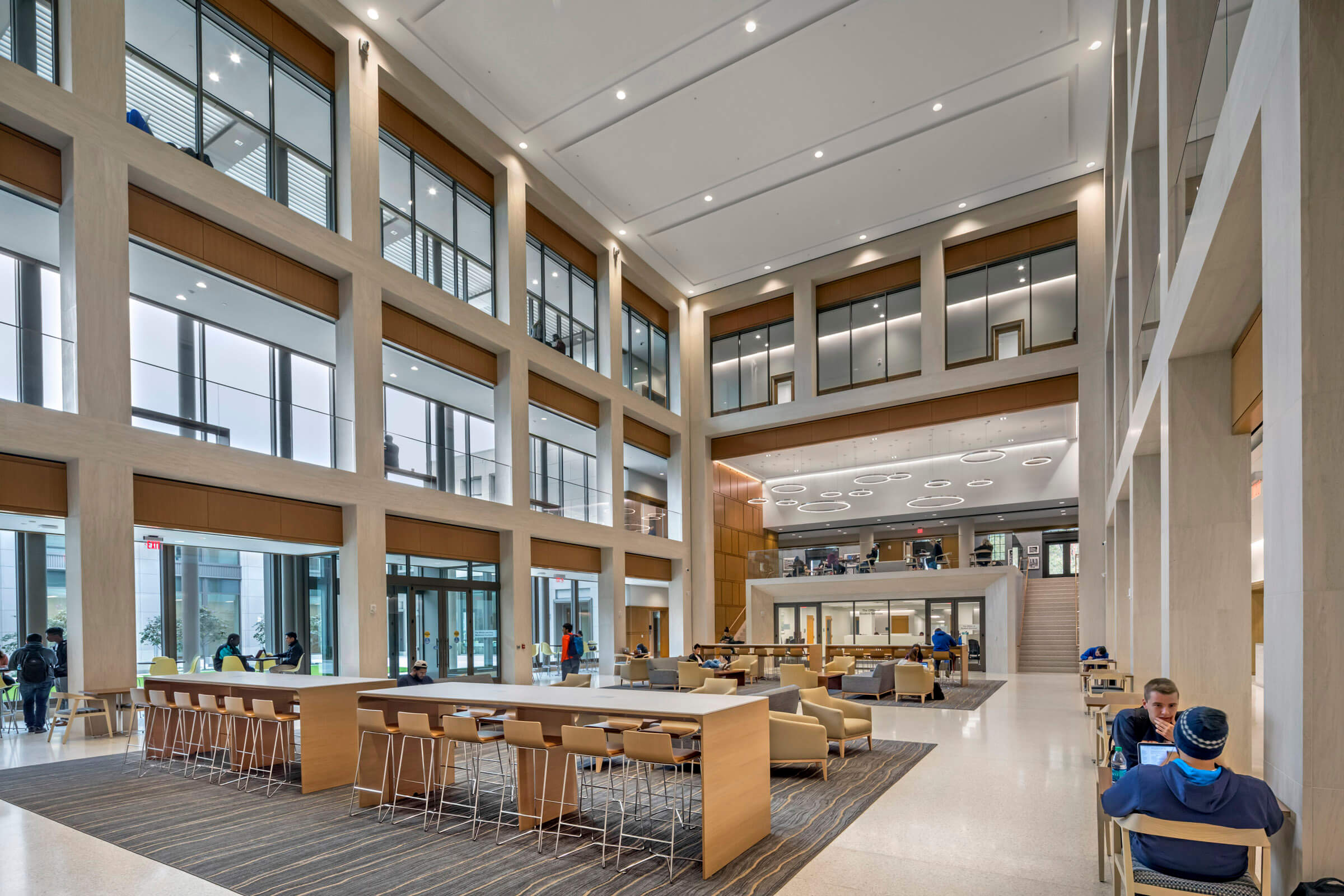 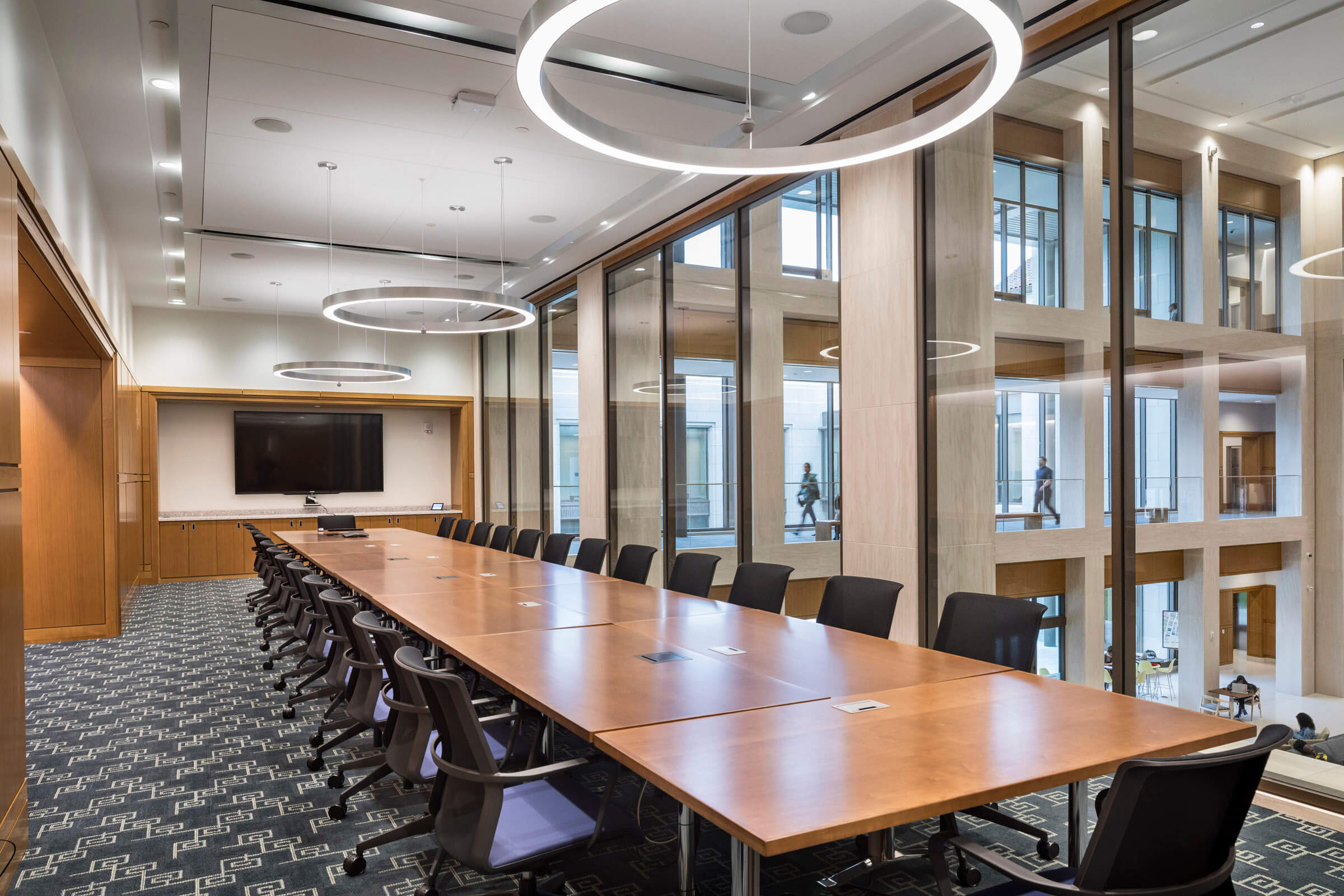 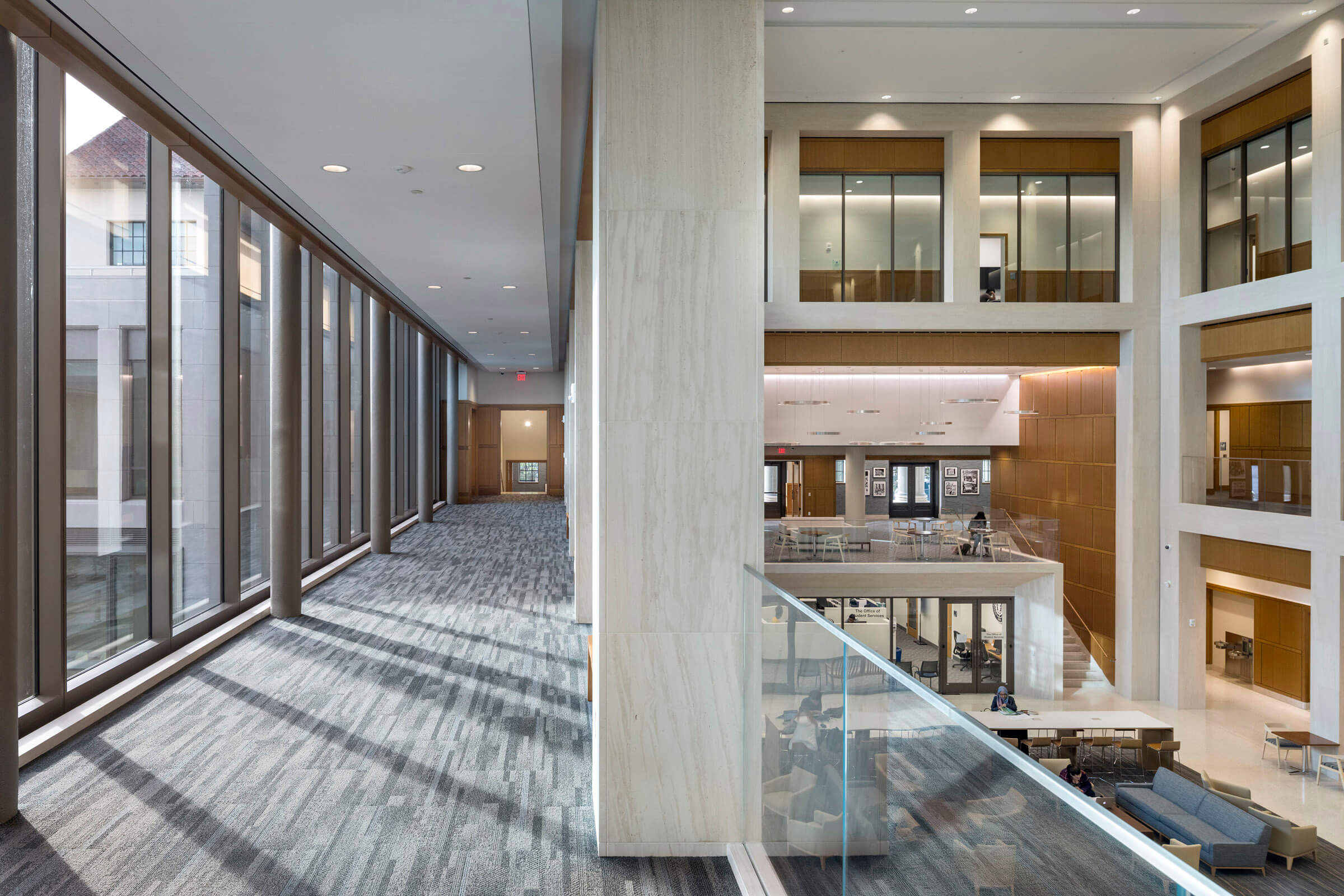 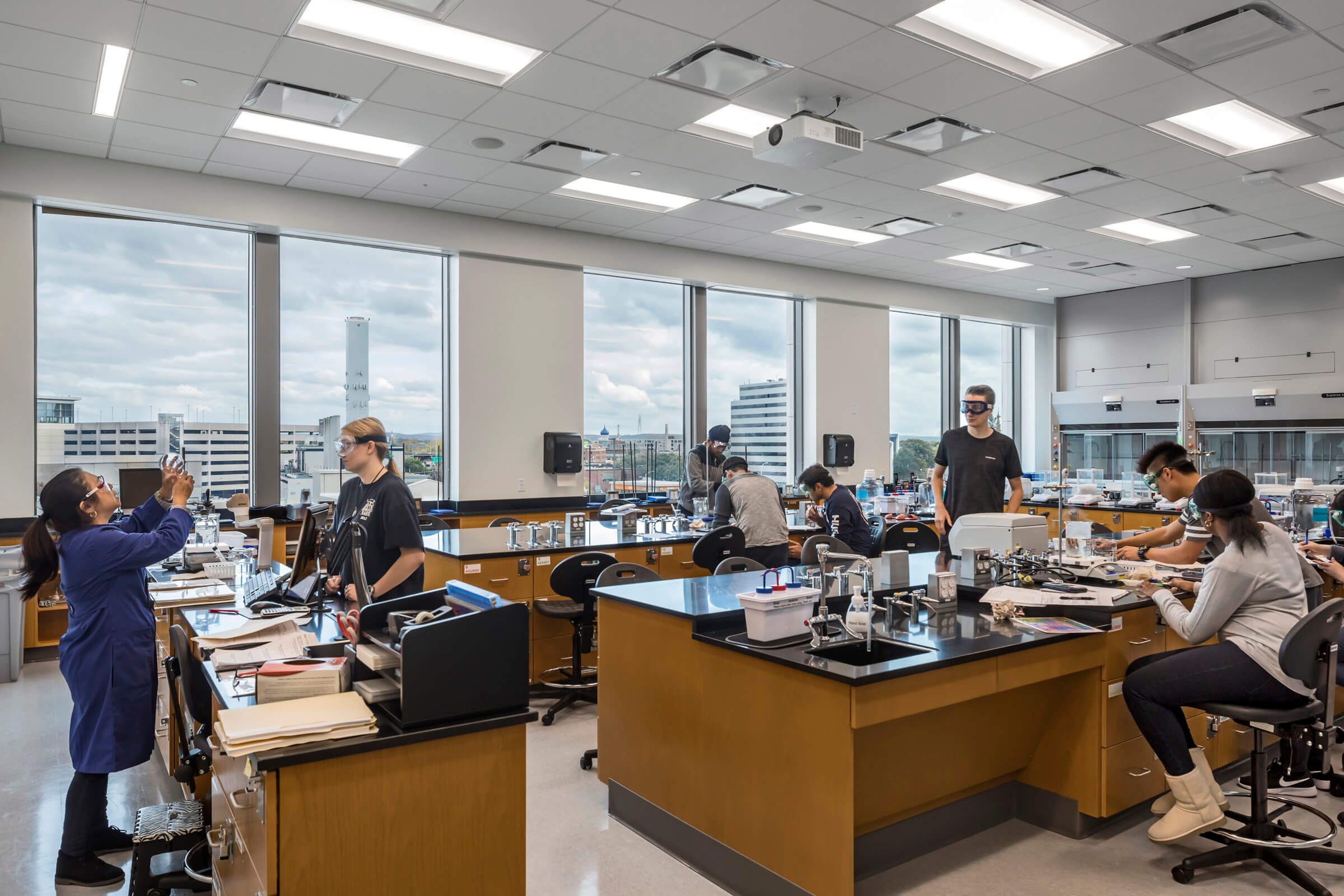 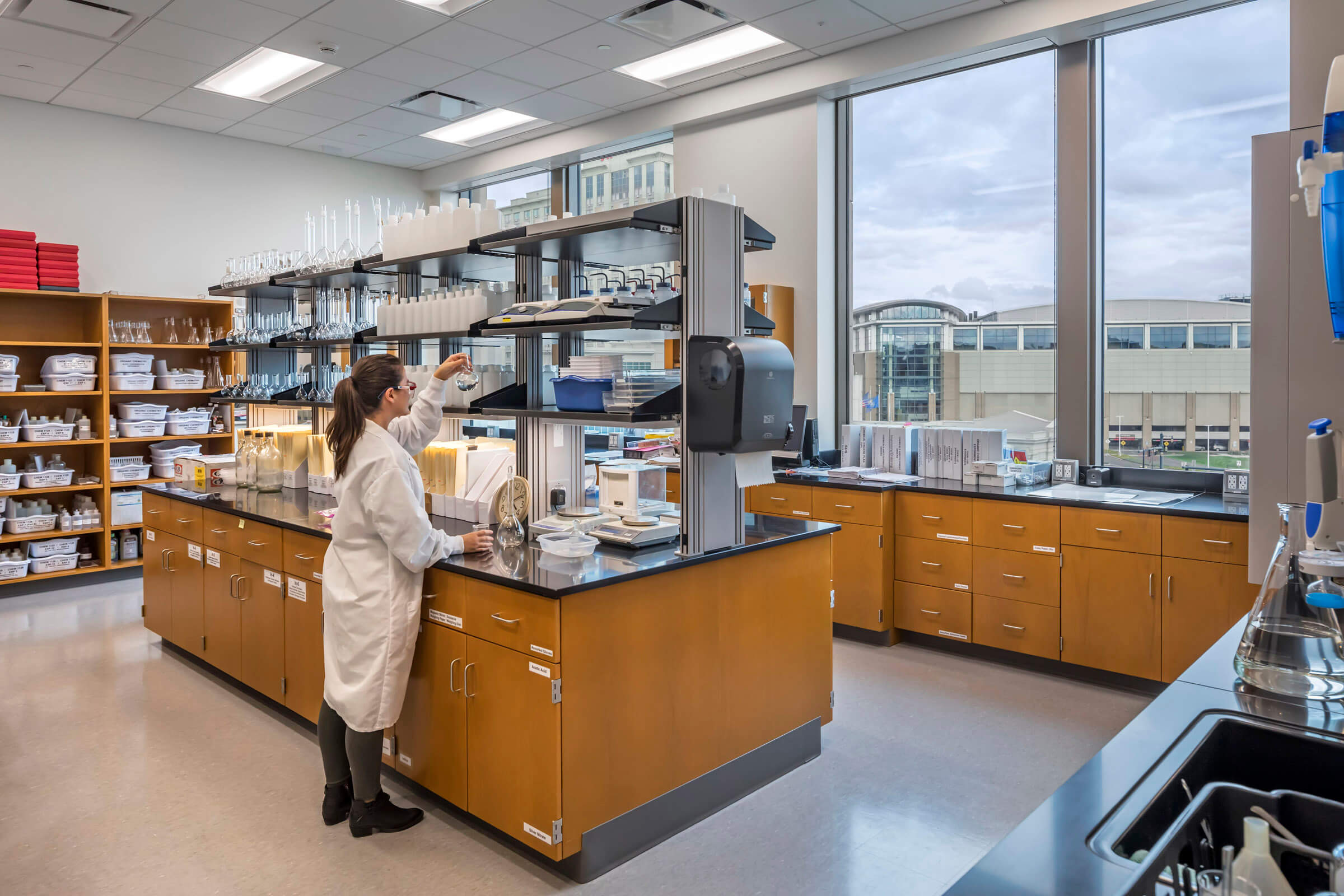 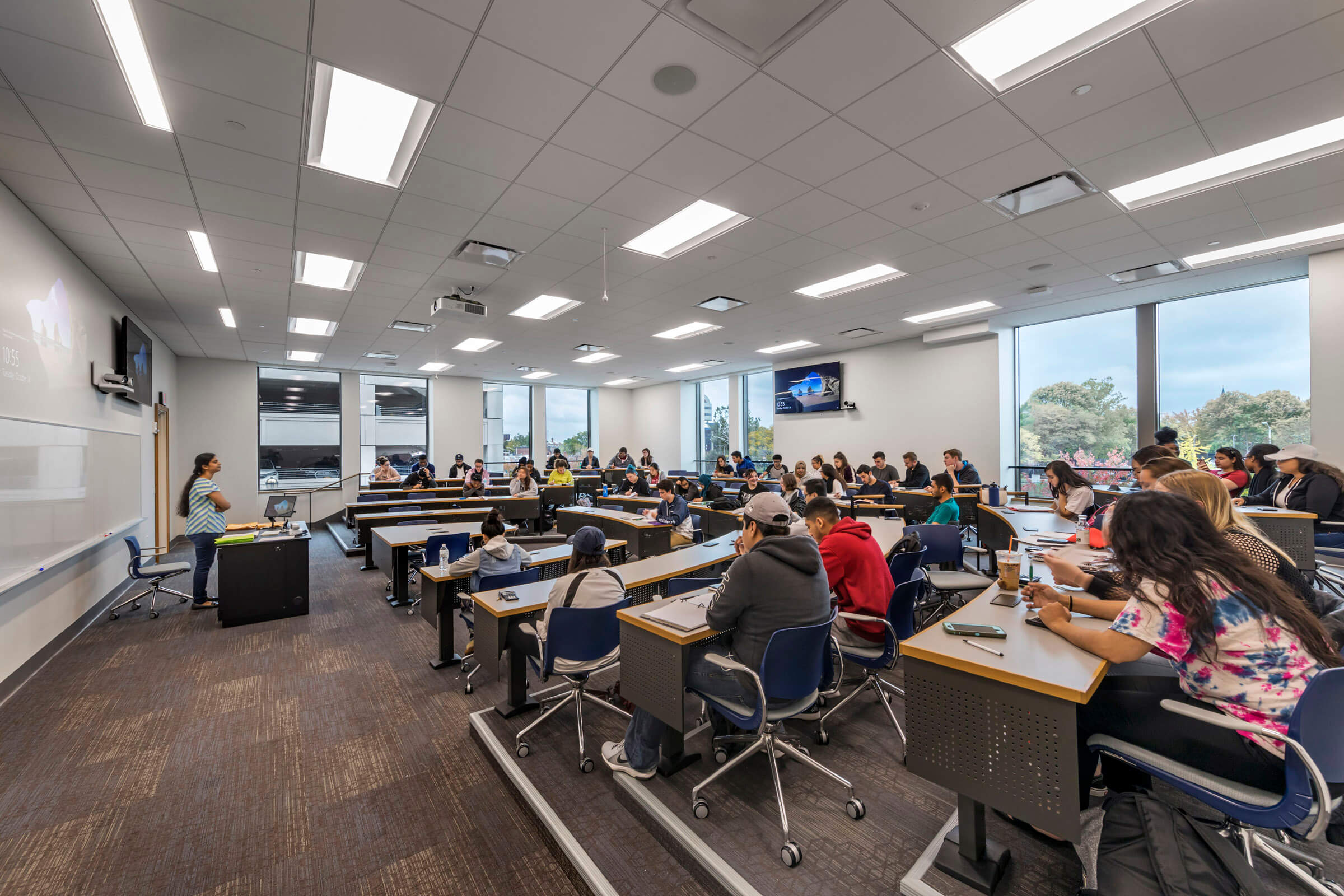 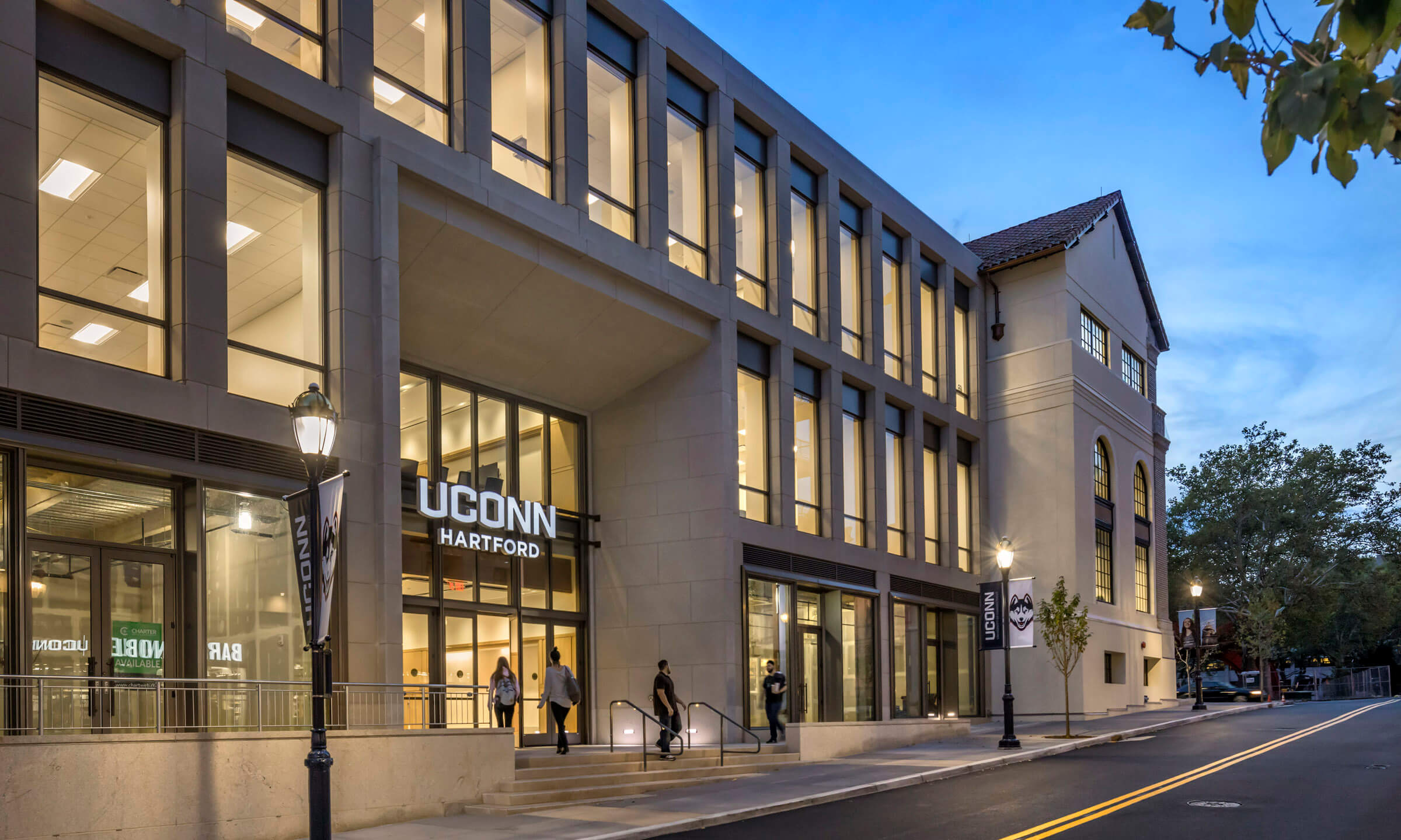