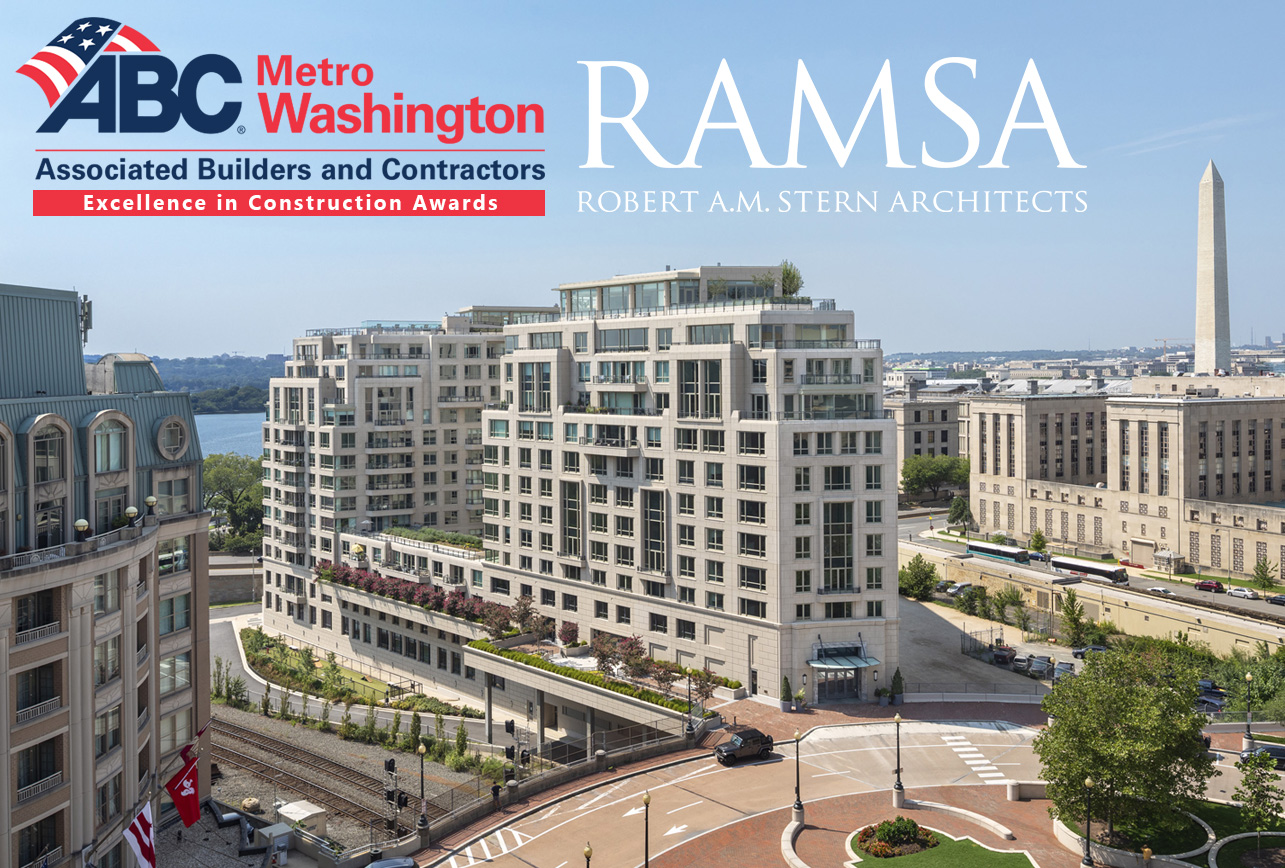 1331 Maryland Avenue has been honored with a 2020 Excellence in Construction Award from the Associated Builders and Contractors of Metro Washington. Designed by Robert A.M. Stern Architects, 1331, is RAMSA’s second residential building in Washington, DC. The building occupies a gateway site highly visible as one enters Washington DC from the south on the 14th Street Bridge. 1331’s complex triangular site, located where 14th Street meets Maryland Avenue, completes a critical missing piece of the Portals Master Plan. The building’s massing and detailing take inspiration from the stately streamlined classical buildings of the early twentieth century built in this neighborhood.

The Excellence in Construction Awards (EIC) recognizes and celebrates outstanding projects built in the Washington-area. The awards competition serves to raise the level of construction standards throughout the industry by recognizing the workmanship of those who contribute and by showcasing the results of their dedication.