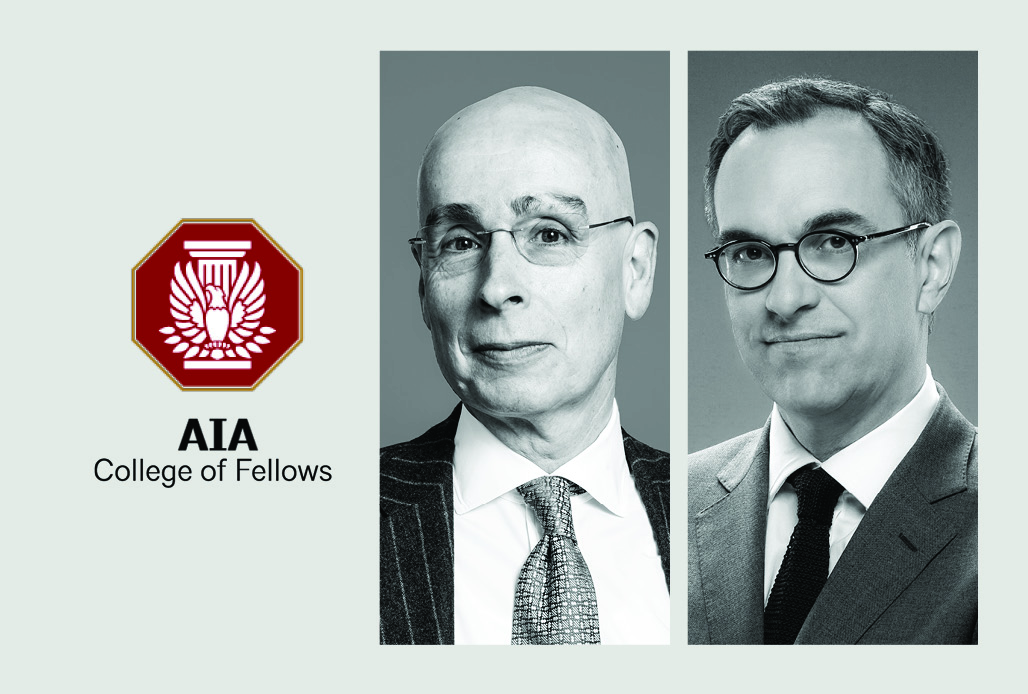 Today the American Institute of Architects announced the election of Paul L. Whalen and Graham S. Wyatt to the AIA College of Fellows, which recognizes the achievements of individual architects and honors those who have made significant contributions to the profession and society on a national level. Mr. Whalen joined Robert A.M. Stern Architects in 1981 and Mr. Wyatt in 1983. In 1989, Mr. Whalen and Mr. Wyatt became Partners in the firm.

Paul L. Whalen's work explores how the lessons of American urbanism, from traditional towns to high-density Manhattan, can guide twenty-first century community-making at all scales. As a Partner and Studio Leader, Mr. Whalen's work includes the design of record-setting multifamily residential buildings across the United States as well as in Canada, South America, Europe, and Asia. His mixed-use urban infill developments and entire new neighborhoods—which have been recognized by the Congress for the New Urbanism and the American Institute of Architects—include two of the most influential planning projects of our time: the new town of Celebration, Florida, and the plan and guidelines that revived the theater block of New York City's 42nd Street. Through research, analysis, and travel, Mr. Whalen has worked to decode the magic of place, never forgetting that the successful planning of an urban community depends upon attention to the fine-grain pedestrian experience. This approach is evident in his work in China, where Mr. Whalen has demonstrated how to endow dense twenty-first century communities with traditional scale. Mr. Whalen is the co-author of the 2016 monograph City Living: Apartment Houses by Robert A.M. Stern Architects and currently serves as the President of Sir John Soane's Museum Foundation. Learn more about Mr. Whalen and his work here.

Graham S. Wyatt's work expresses a deep personal commitment to current and future generations of students and educators. As a Partner and Studio Leader, Mr. Wyatt's work includes the design and management of a broad range of buildings that advance the art and science of education at institutions including Yale University, Harvard University, and state universities across the country as well as private colleges, independent schools, and charter schools. The stylistic diversity of Mr. Wyatt’s work illustrates his belief that contemporary architectural expression derives meaning from the traditions of the campuses on which he has built. Mr. Wyatt’s extensive national experience with business education at the undergraduate, graduate, and executive level has led to the development of a variety of new teaching and learning environments. A respected expert on classroom design, Mr. Wyatt has written on the design of academic buildings and innovative learning environments in the 2003 survey Building Type Basics for College and University Facilities. Mr. Wyatt is also the co-author of the 2017 monograph Designs for Learning: College and University Buildings by Robert A.M. Stern Architects. Mr. Wyatt has also completed major corporate headquarters and office buildings around the world, including the 57-story Comcast Center in Philadelphia. Learn more about Mr. Wyatt and his work here.