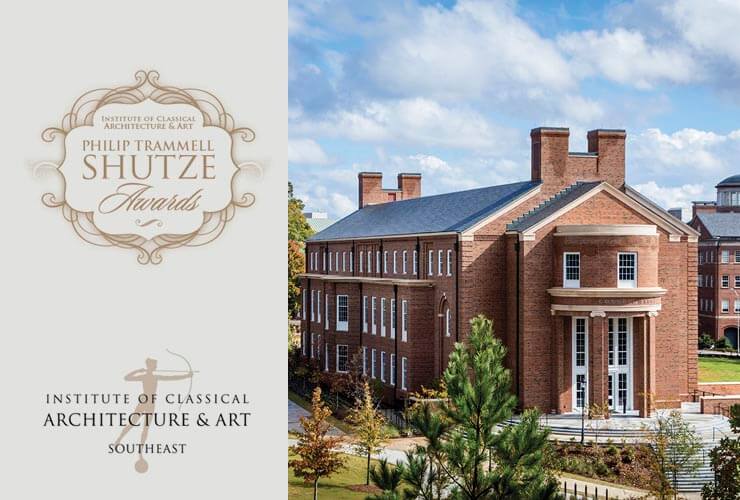 Today the Institute of Classical Architecture and Art Southeast Chapter announced that Correll Hall at the University of Georgia has been honored with a 2016 Philip Trammell Shutze Award.

Correll Hall, Georgian in expression, carries forward the University of Georgia's Athens campus with red brick, limestone trim, and slate roofs. It is the first building realized in a three-phase project for the University's Terry College of Business. The complex will terrace down a hill, forming courtyards as a solution to the grade-change. The second phase, Amos Hall, also designed by RAMSA and currently under construction, will form a quadrangle with Correll Hall.

Named for renowned Atlanta architect and classicist Philip Tramnell Shutze, these awards recognize practitioners for their work and educate both laymen and professionals about the enduring excellence, appeal, and importance of traditional design and those who contribute to its advancement. The Southeast Chapter of the ICAA is dedicated to the advocacy of classical architecture and the appreciation of the architectural history of the region.