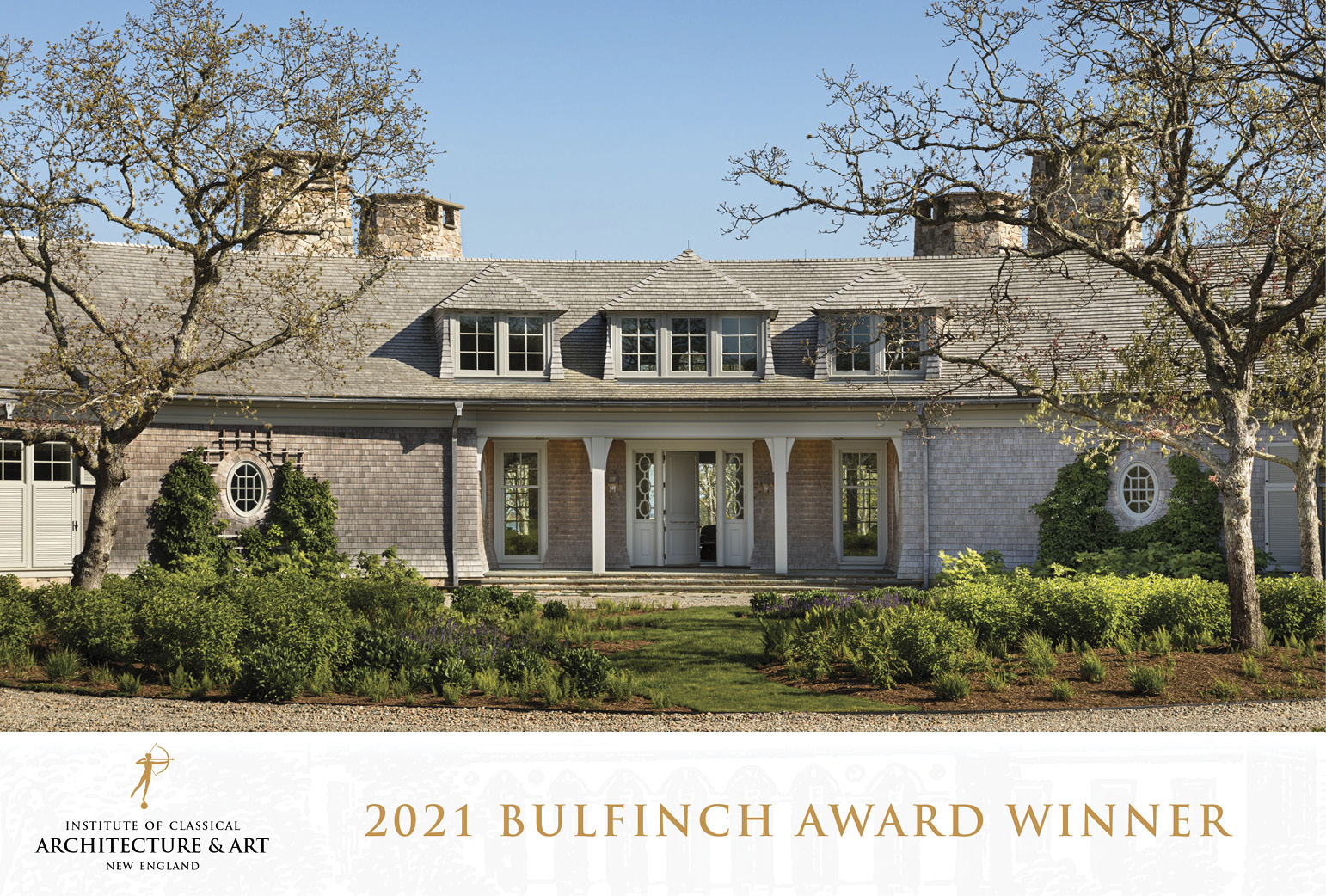 The New England Chapter of the Institute of Classical Architecture and Art announced today that Robert A.M. Stern Architects' House in New England has been honored with a 2021 Bulfinch Award. RAMSA Partner Roger Seifter led the design effort.Located on a 25-acre wooded property and sited to preserve natural habitats and protecting against sea-level rise and storm surges, the house arcs to embrace a motor court and to open the major rooms to views to a fresh-water pond and the Atlantic Ocean beyond. Porches, articulated wings, and a curved roofline combine influences of the region’s Shingle-style cottages and the Vineyard’s vernacular farmsteads.

The Bulfinch Awards are hosted by the Institute of Classical Architecture & Art New England Chapter (ICAA New England) and recognize practitioners from across the nation who are committed to promoting excellence in the classical tradition and allied arts within New England. All eligible projects work toward building upon the legacy of Boston’s early Federal architect, Charles Bulfinch, who is widely regarded to be the first native-born American to work in the field professionally. Initiated in 2010 and modeled on the ICAA’s Arthur Ross Awards, the New England Bulfinch Awards program is an annual competition. The winners of the Bulfinch Awards will be recognized at a ceremonial reception and dinner gala in the Harvard Hall at the Harvard Club of Boston, designed by Parker, Thomas & Rice on Saturday, October 2nd at 6 p.m.

The Institute of Classical Architecture & Art is the leading nonprofit organization dedicated to advancing the classical tradition in architecture, urbanism and their allied arts. It does so through education, publication, and advocacy. The Institute is headquartered in New York City with regional chapters across the United States. It offers a wide array of programs that are designed to promote the appreciation and practice of classical and traditional design, including classes, travel, lectures, and conferences. It publishes an academic journal called the Classicist as well as the acclaimed book series called the Classical America Series in Art and Architecture.