The campus of Florida Southern College boasts the largest grouping of Frank Lloyd Wright buildings in the world. Our design replaced ill-conceived facilities that separated the campus from its lakeside setting with two new residence halls providing 235 beds that complement Wright's legacy and honor his intentions in a contemporary way.

With its unique site atop a hill overlooking Lake Hollingsworth, the Florida Southern College campus had been planned not once but twice to afford lovely views of the lake. A 1922 Beaux Arts plan by F.H. Trimble established a clear hierarchy of perpendicular axes. In 1938 Florida Southern's President, Dr. Ludd Spivey, persuaded Frank Lloyd Wright to visit the campus, beginning a relationship that would span nearly 20 years and produce nine buildings. Wright's plan, which he christened "A Child of the Sun," developed complex relationships based on a 30º-60º-90º geometry and responded to the local climate with deep overhanging eaves and shaded esplanades. The side-by-side juxtaposition of these two very different planning ideas has left a seam that formally divides the campus. Subsequent development abandoned both strategies, resulting in buildings that blocked views to the lake from the center of the campus.

To knit the campus geometries and the lake back together, our two four-story Y-shaped buildings set on a diagonal reestablish view corridors from the campus to Lake Hollingsworth. The Y-plans give nearly every student room a view of the lake. Each floor provides a residents' lounge; at the fourth floor, a larger lounge overlooking the lake serves as a gathering space for the residents of the entire building. To mediate the extremes of the central Florida climate, deep roof overhangs shade the buildings and canopies shelter walkways. The palette of cast stone, stucco, and clapboard follows the spirit of the Wright buildings but does not mimic them. 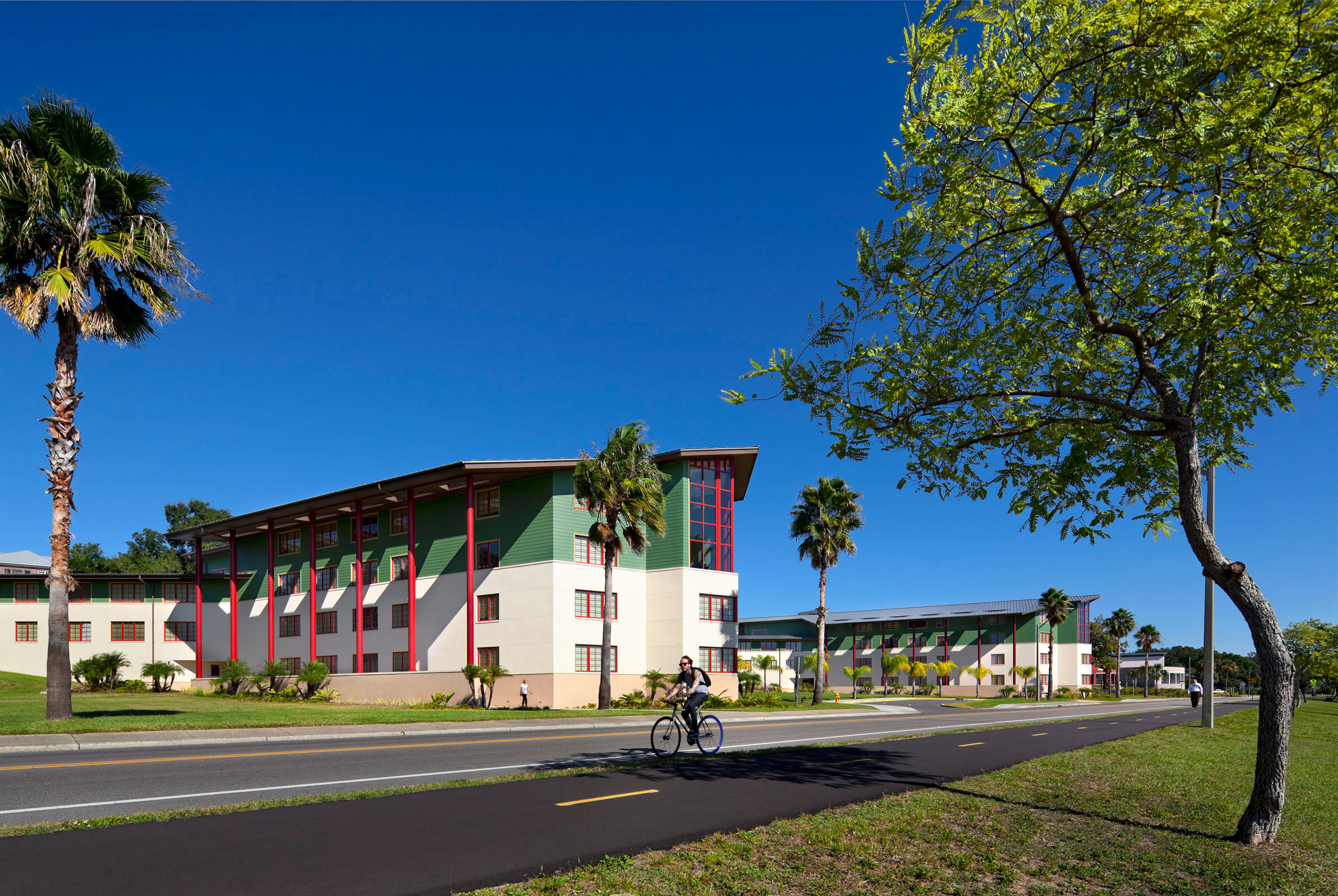 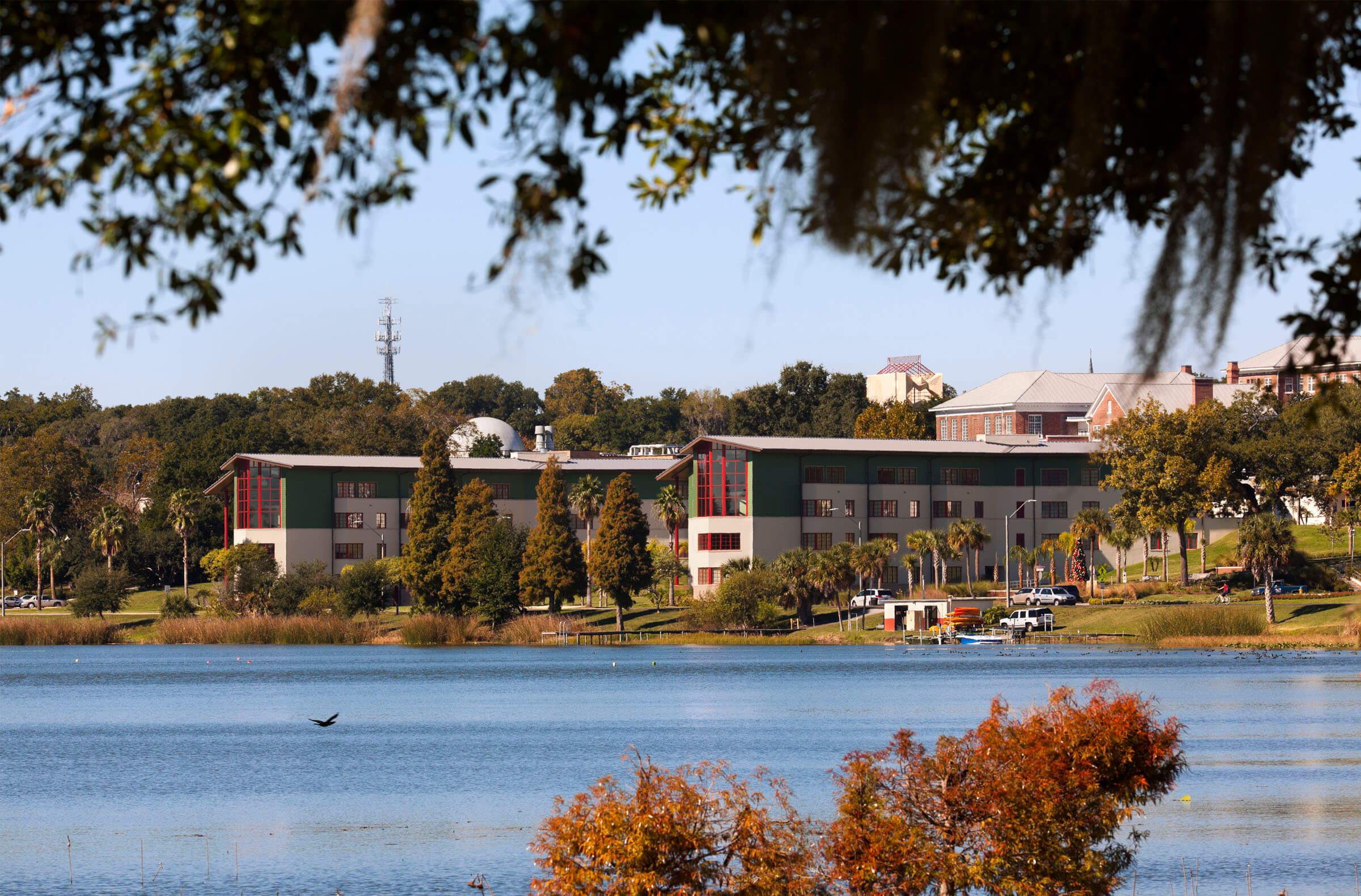 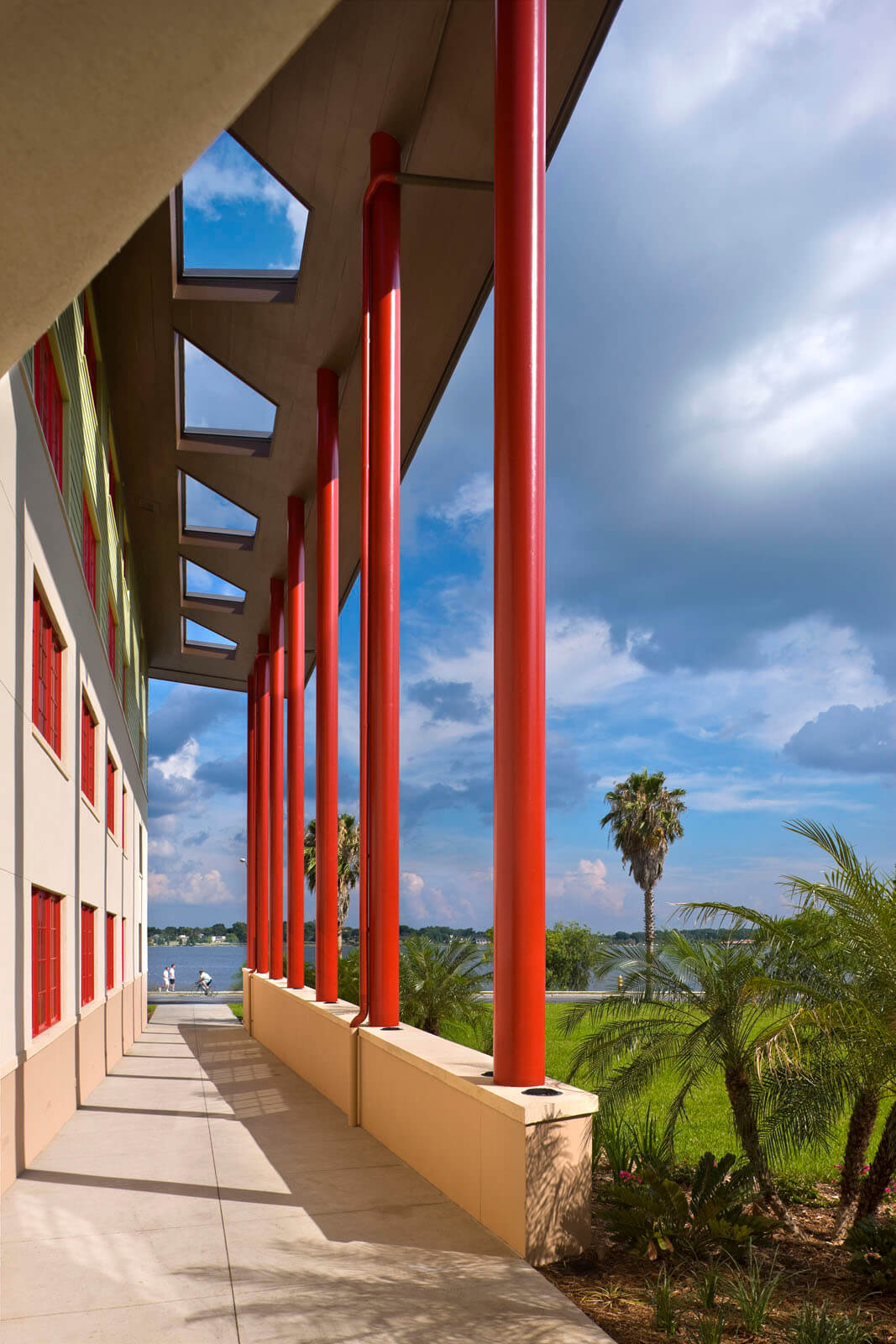 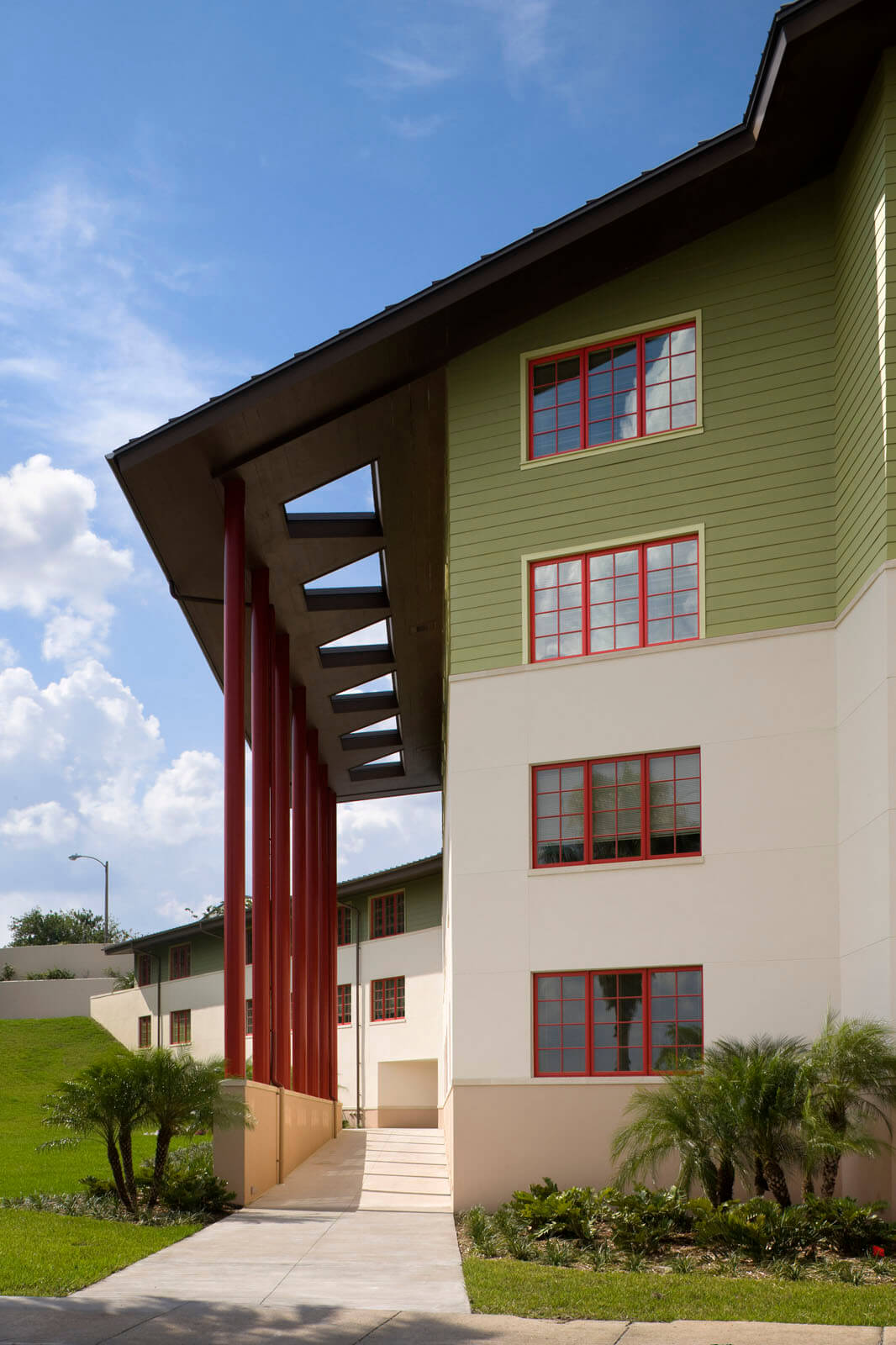 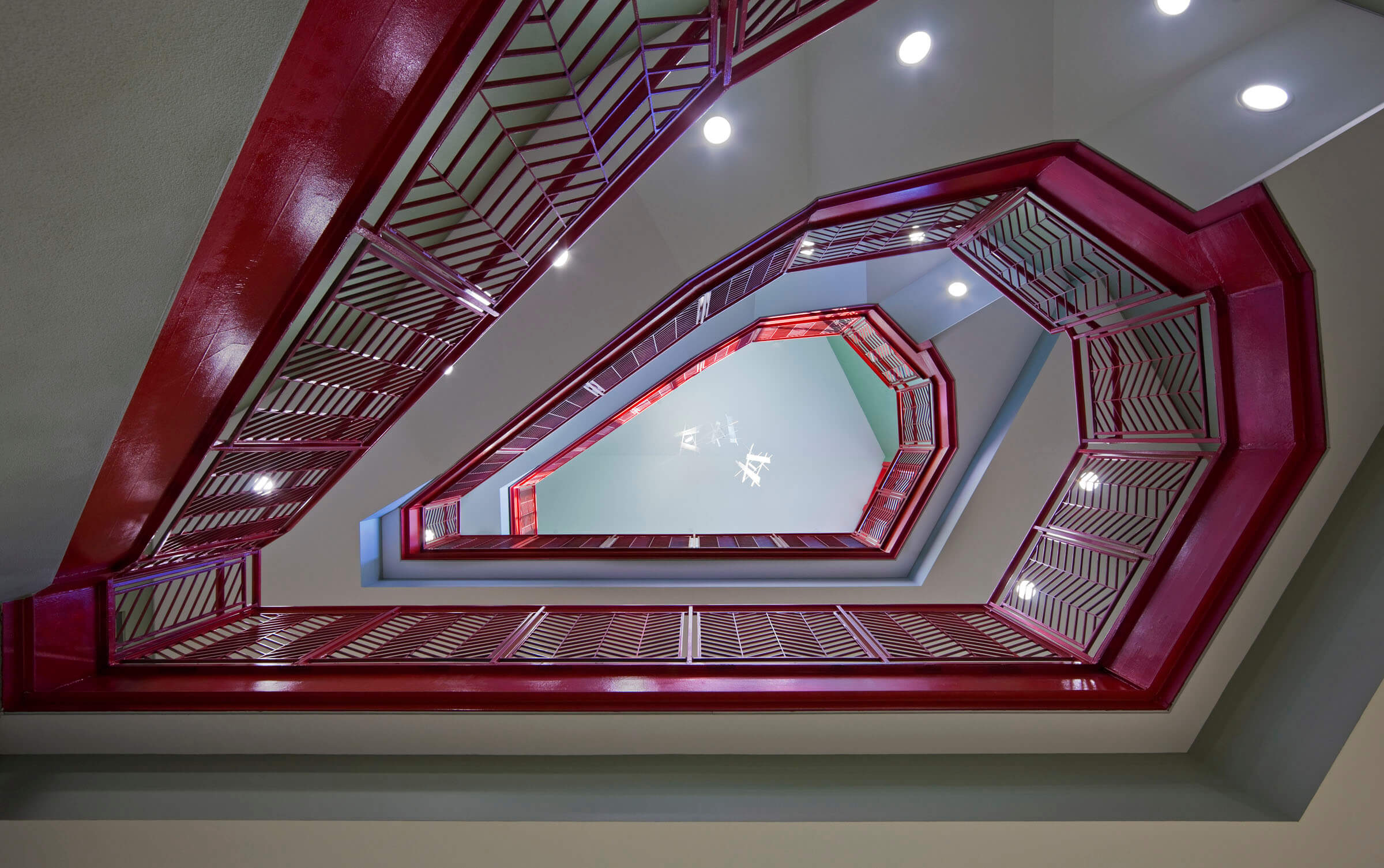 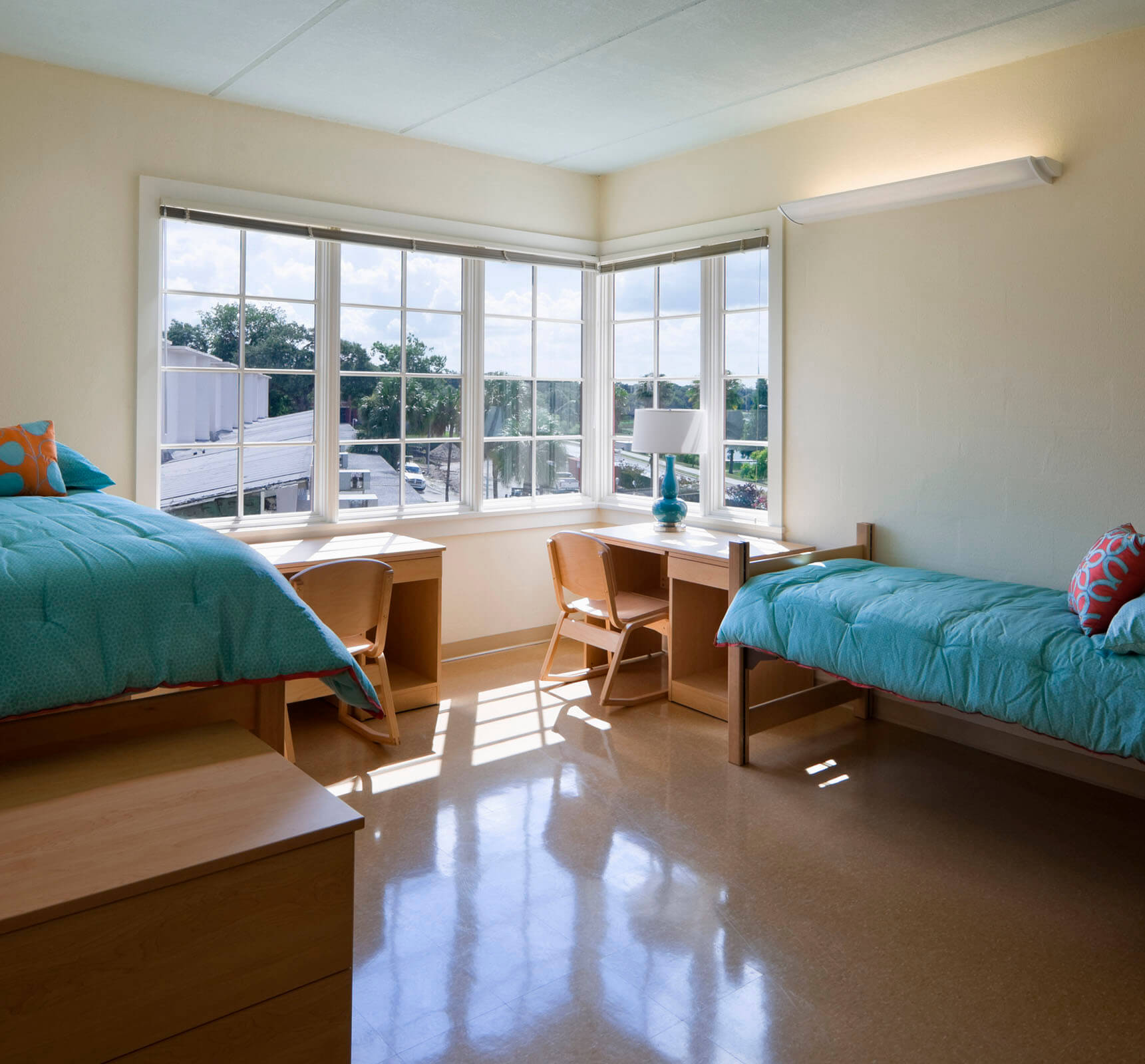 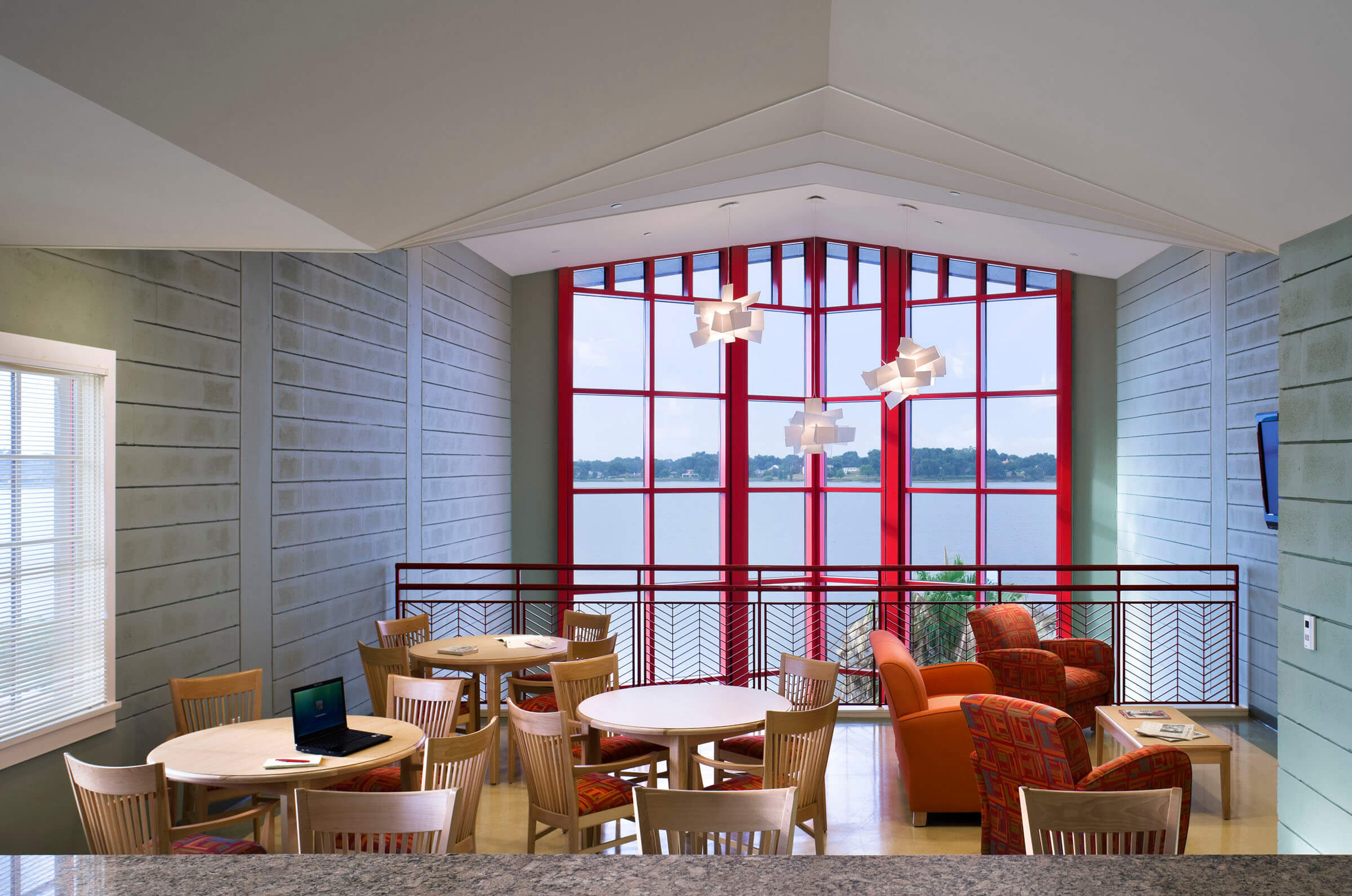 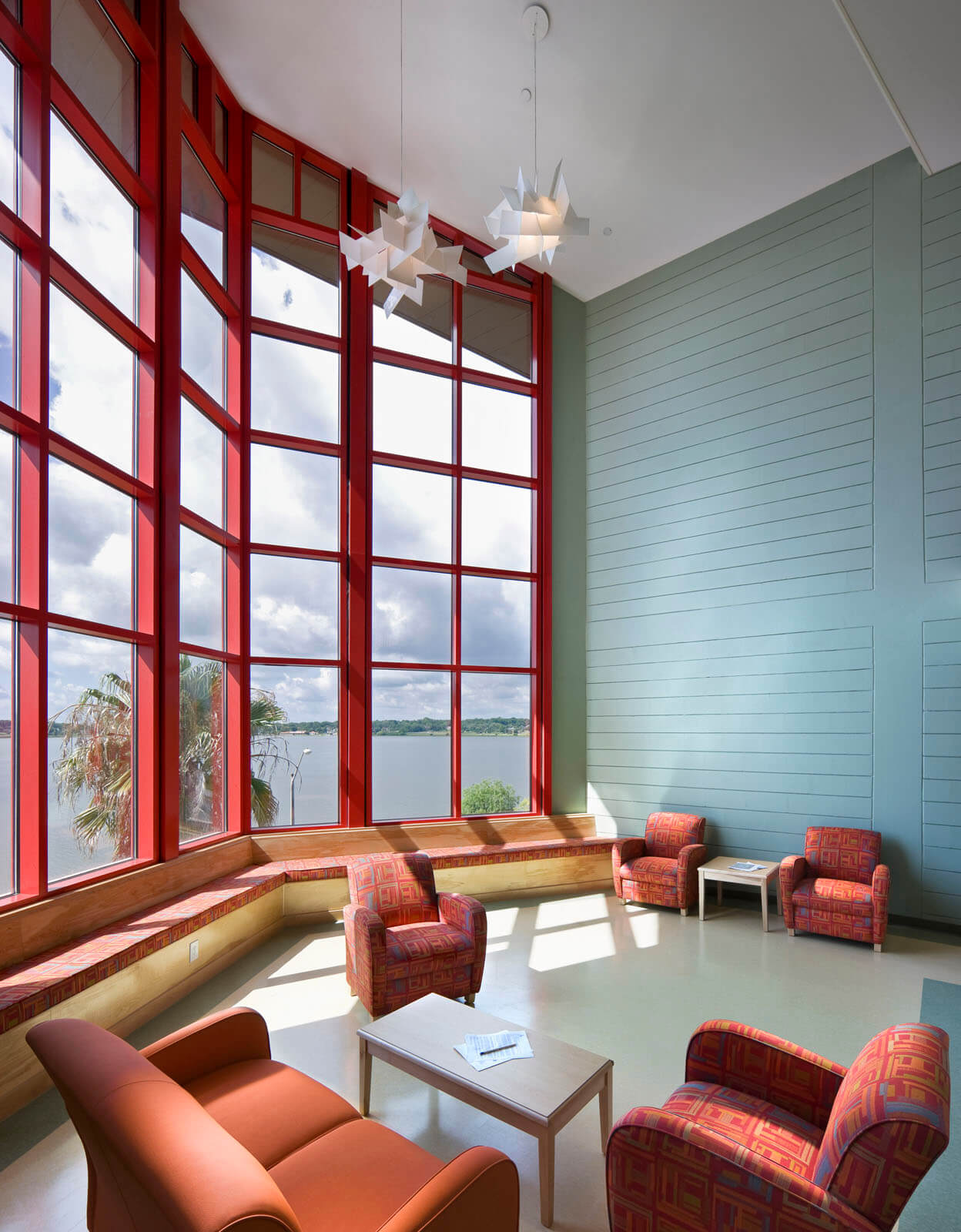 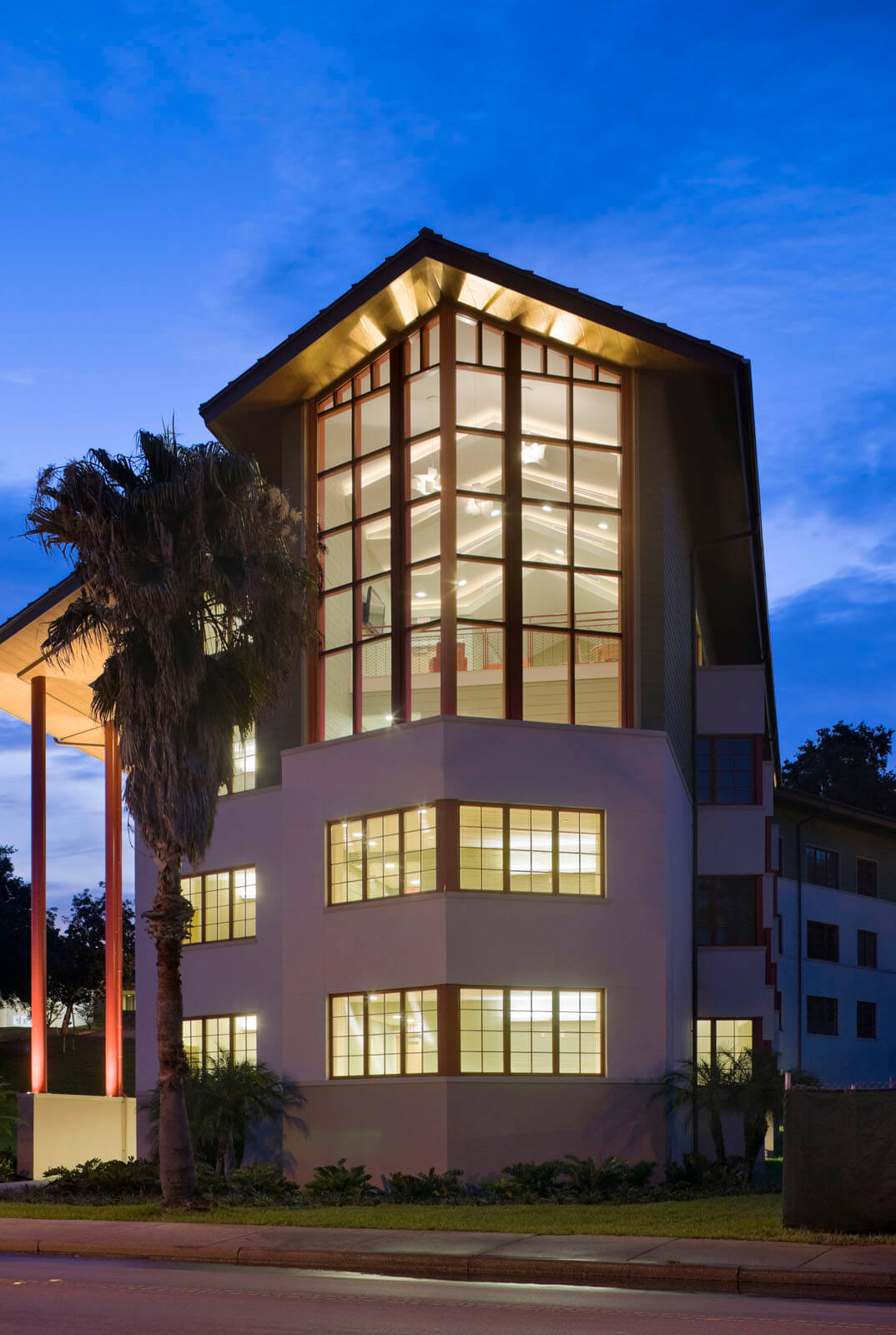