The new 371-bed Broadway Residence Hall, located at the corner of 113th Street and Broadway near the main Morningside Campus of Columbia University, is part of a long-term effort by the University to improve the quality of undergraduate life as well as to provide housing for a growing student body. The residence hall houses upperclassmen, predominantly in single rooms. The building shares a common entrance along 114th Street with another upperclass residence, Hogan Hall. The combined buildings provide a nexus for student life across the street from the historic South Campus and Columbia’s new Lerner Student Center.

The Residence Hall's ground floor consists of a garden lounge, coffee bar, and Dean's office. A seminar classroom and music practice rooms are on the second floor. Student rooms are on floors three through thirteen, each floor having a floor lounge and common kitchenette. The top floor houses two large building lounges, with fine views of both the New York City and Morningside Heights, which can be used for a variety of University functions.

The 14-story brick and stone building is the result of extensive discussions with both the University and the surrounding Morningside Heights community. It reflects in its height, massing, and use of tawny-colored brick, the neighborhood buildings along Broadway. It also preserves the facade of the 5-story high townhouse designed by George Keister in 1905, which is integrated into the building design.

The building houses a 17,000 square foot branch of the New York Public Library, with its entrance on Broadway and facilities on the ground and most of the second floor, with large windows overlooking Broadway and 113th Street. There is a meeting room available for both library and community events as well as computer teaching classrooms. There is also a two-story retail space with an entrance on Broadway. 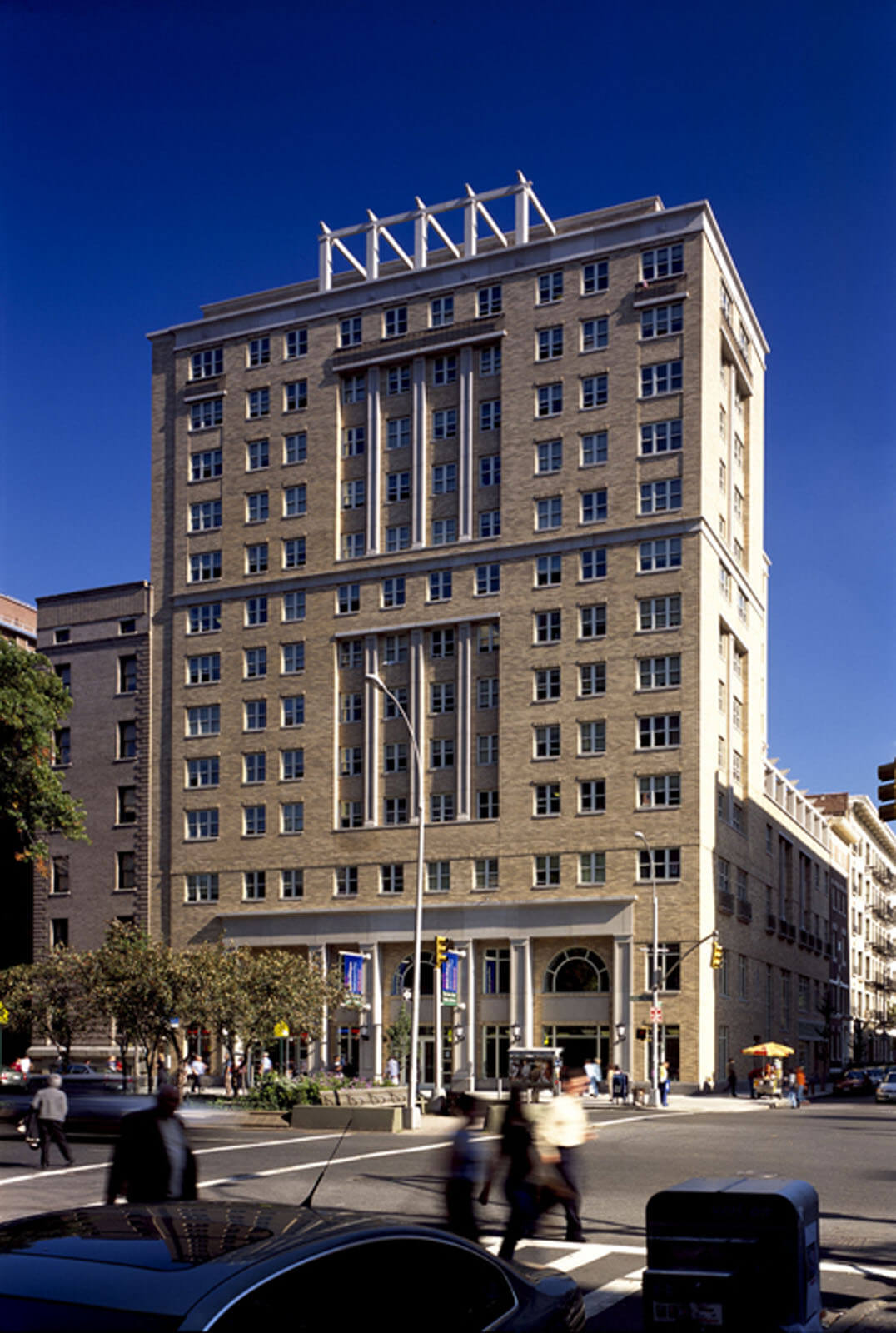 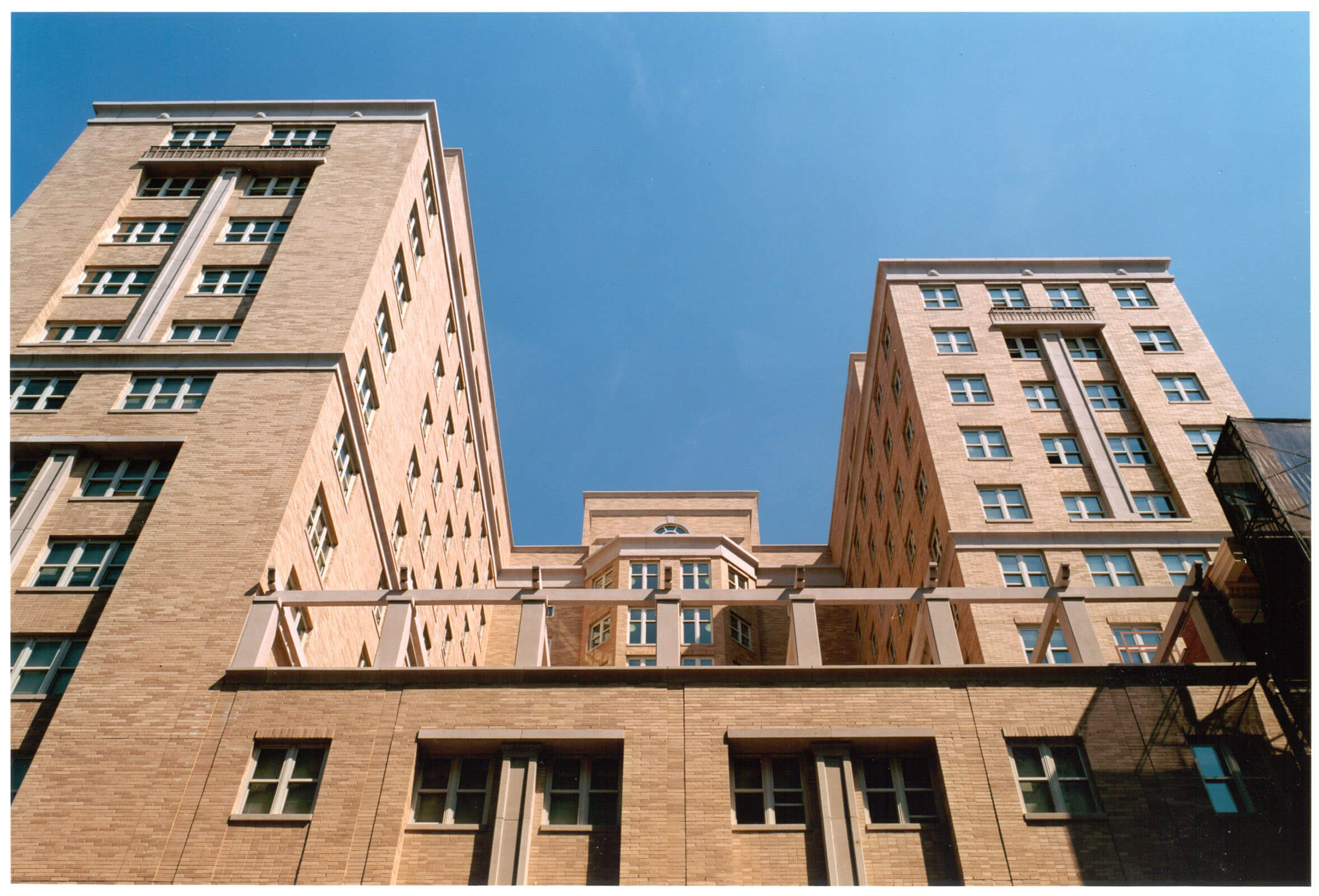 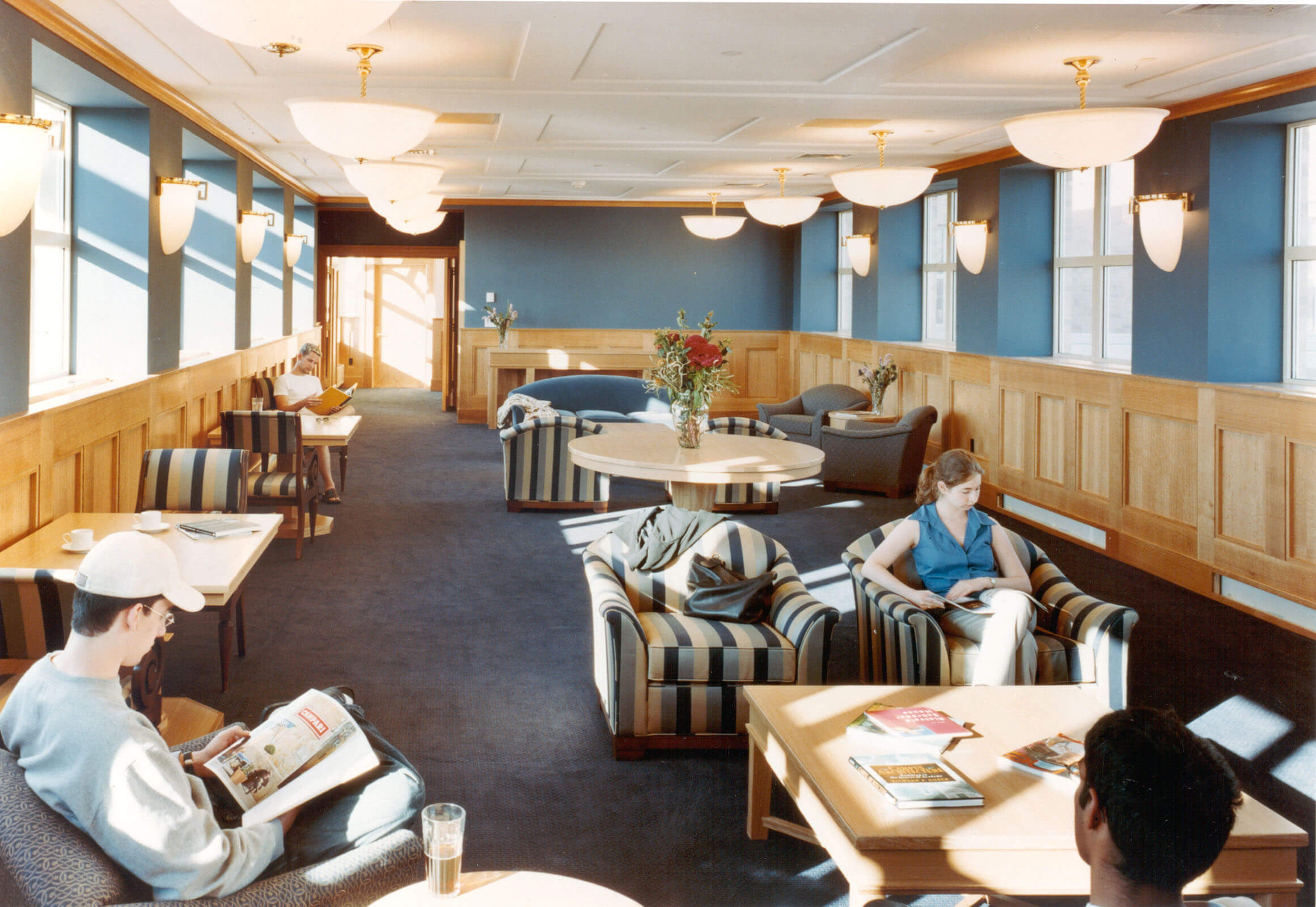 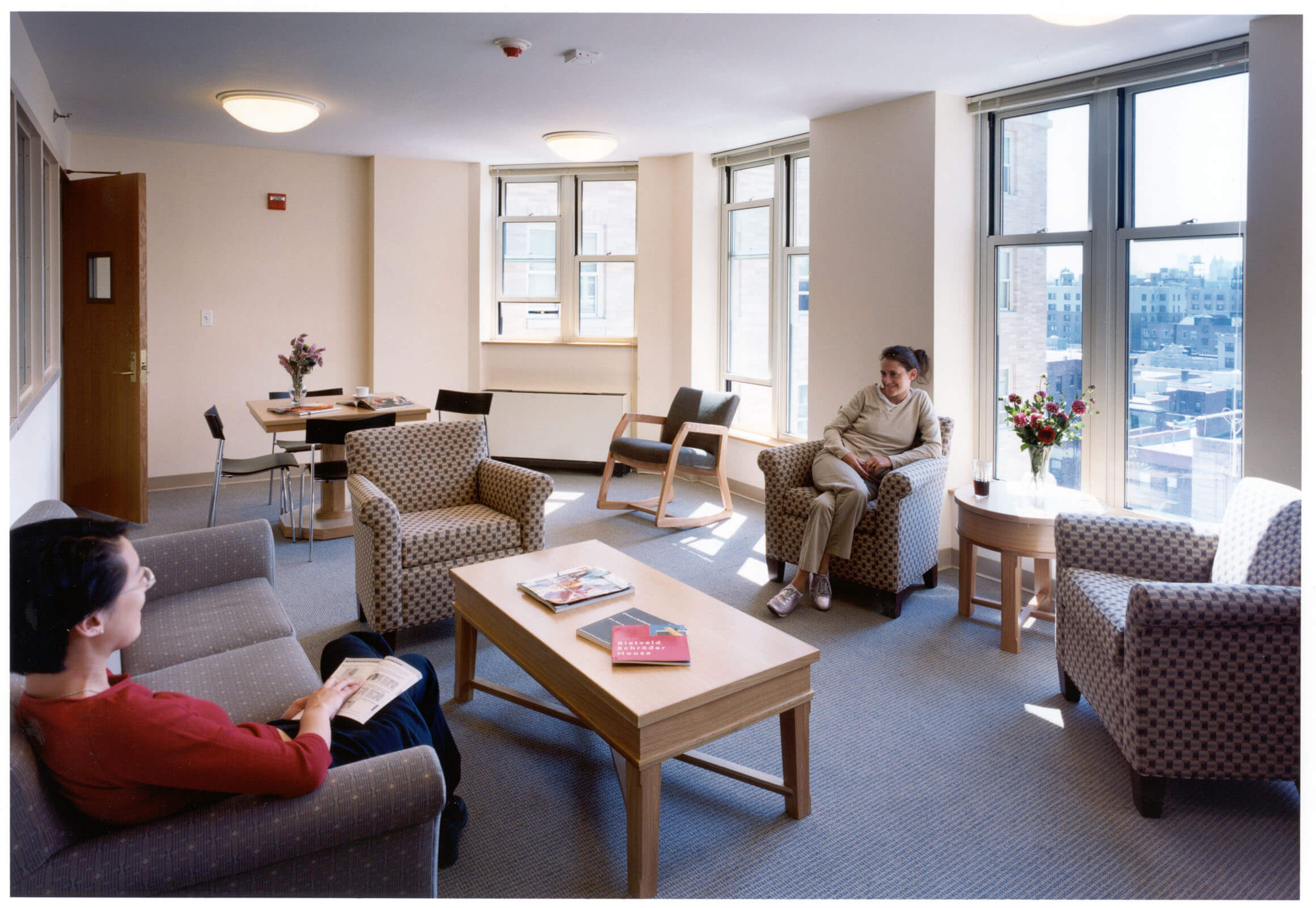 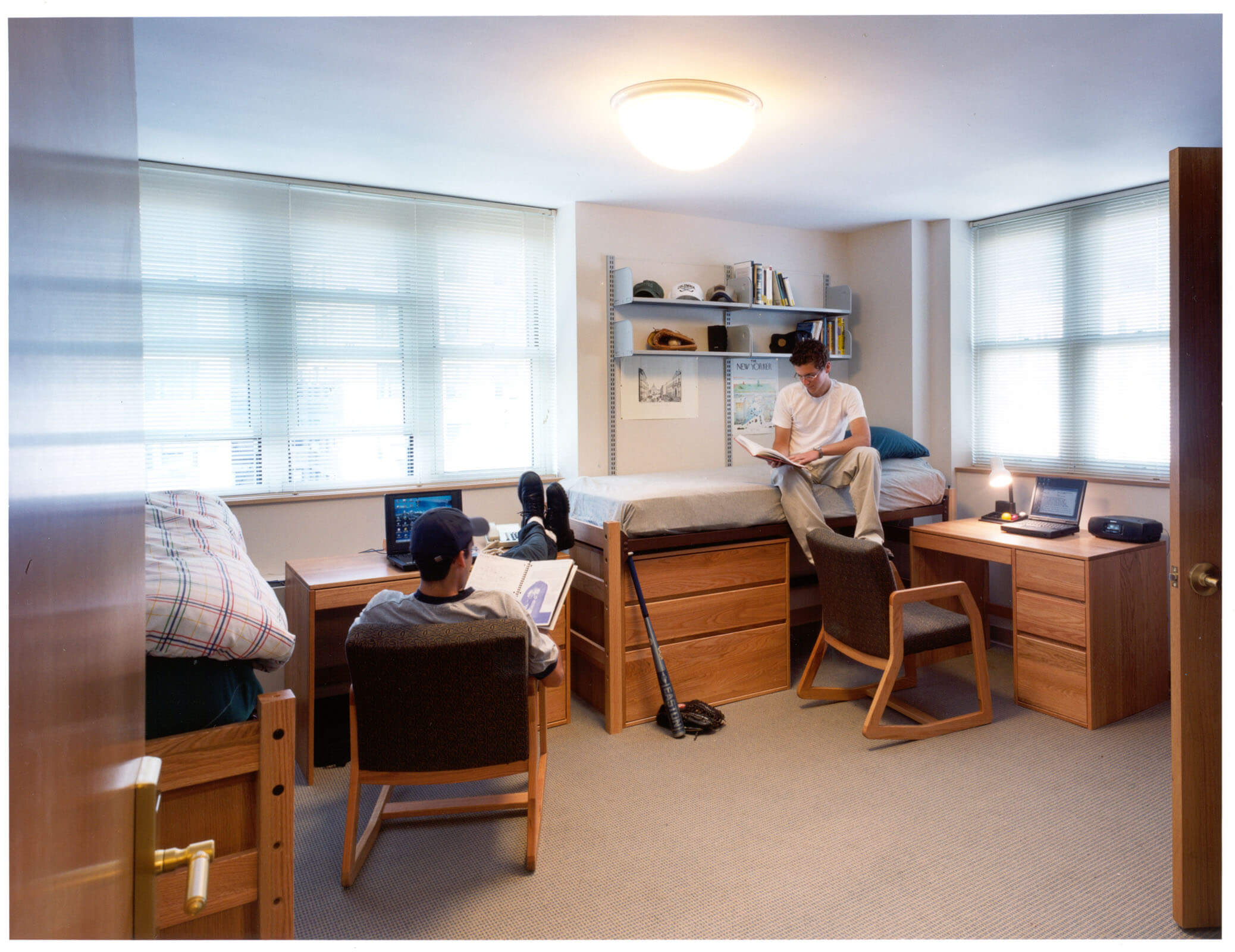 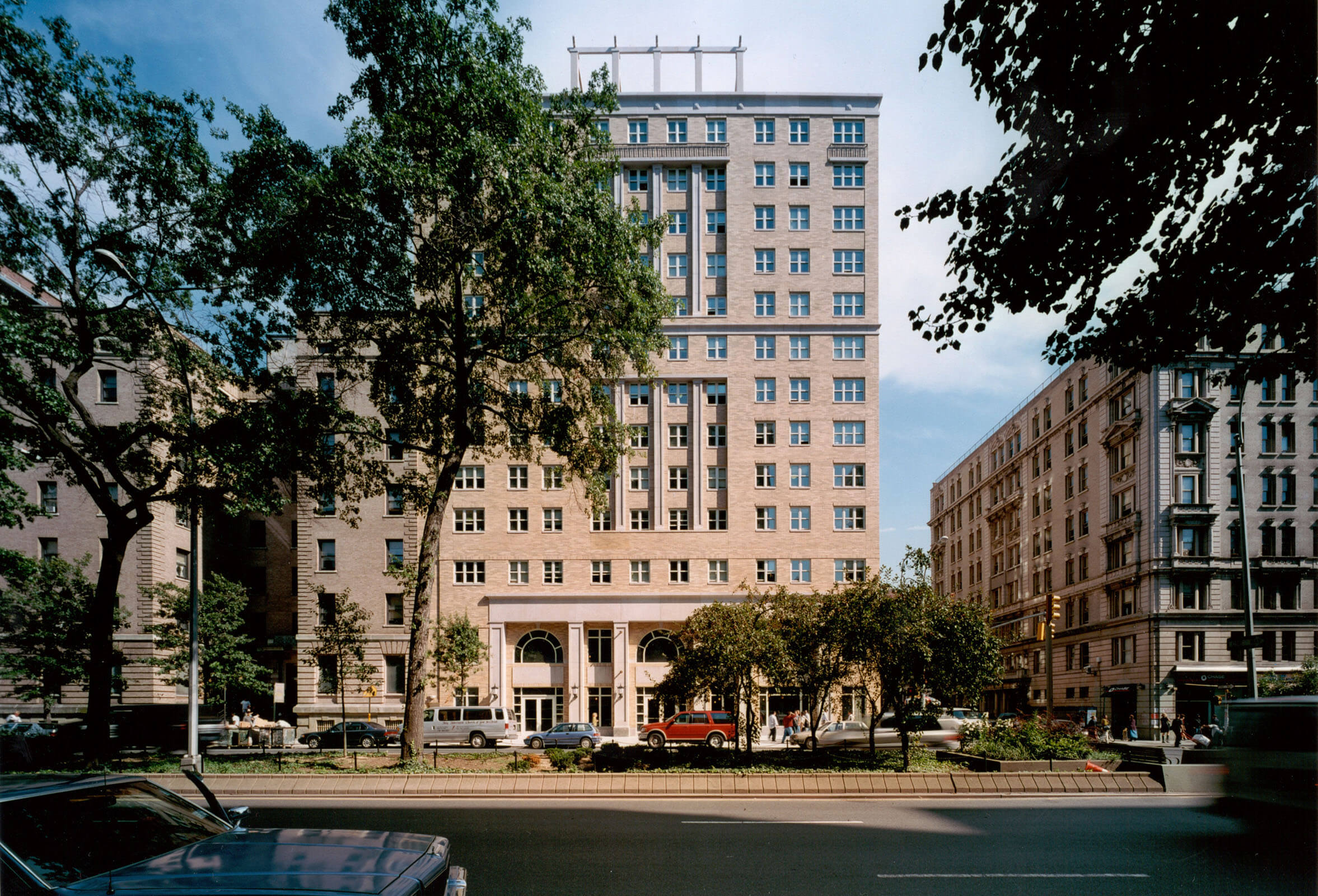 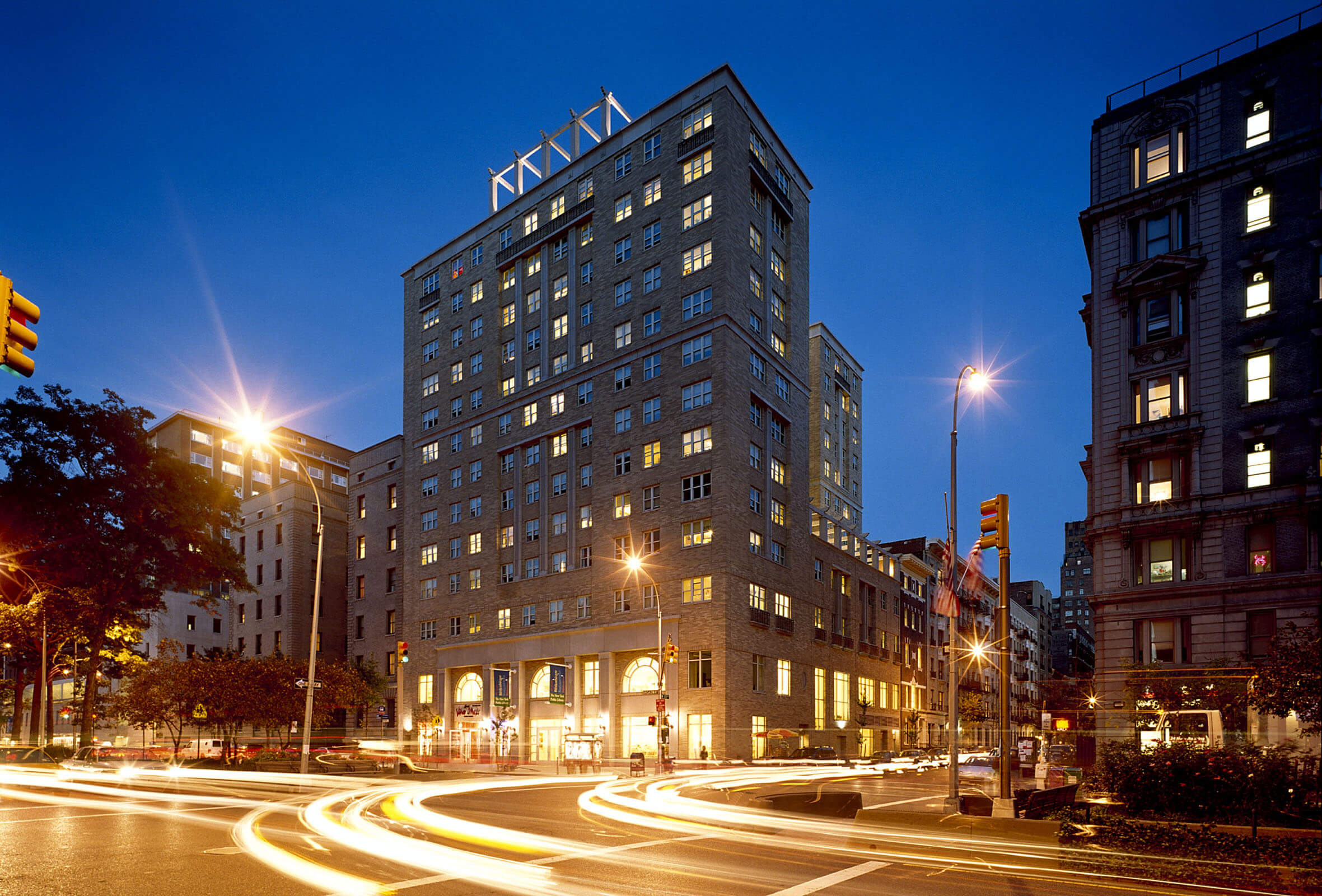