Our design for Downtown Darien sought to create the new town center this affluent commuter suburb has always lacked, with a vibrant mix of shops, apartments, and offices organized around a new town green on a five-acre site two blocks from the local train station. Taking cues from the architectural variety found along the Boston Post Road in Darien and neighboring towns, each of our buildings presents its own distinct character inspired by strains of Classical and vernacular Connecticut and New England architecture. The centerpiece of the new development, the town green off the Post Road, was intended to host year-round community events such as farmers' markets, art shows, and ice-skating. Two flanking apartment buildings were to accommodate street-level restaurants that would have spilled out onto the sidewalks. At the head of the green, a food hall designed to suggest a traditional New England meeting hall was topped with a clock tower.

A store for anchor tenant L.L. Bean, was articulated to read as four small-scaled buildings, to greet visitors approaching from the south. An apartment building with a large copper cupola visible from the train station held down the north corner of the site, serving as a beacon for the new development. Market Lane, a new thoroughfare that bisected the site to alleviate traffic on the Post Road, widened to create a pair of entry courts for this building and a second residential building across the street. In total our design offered 64 apartments—both market-rate and affordable—along with underground parking. A five-story office building with structured and underground parking occupied the third corner of the site. 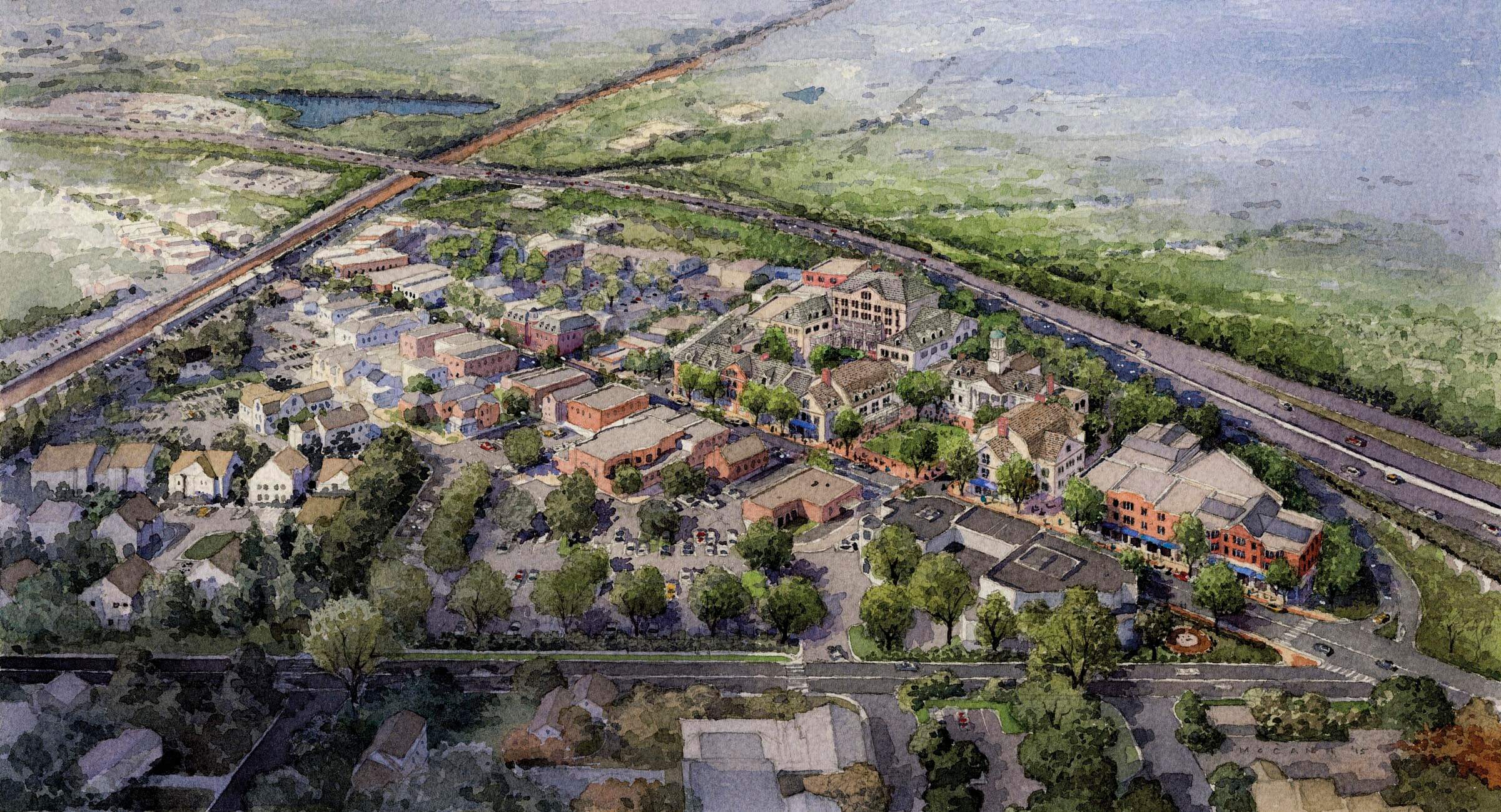 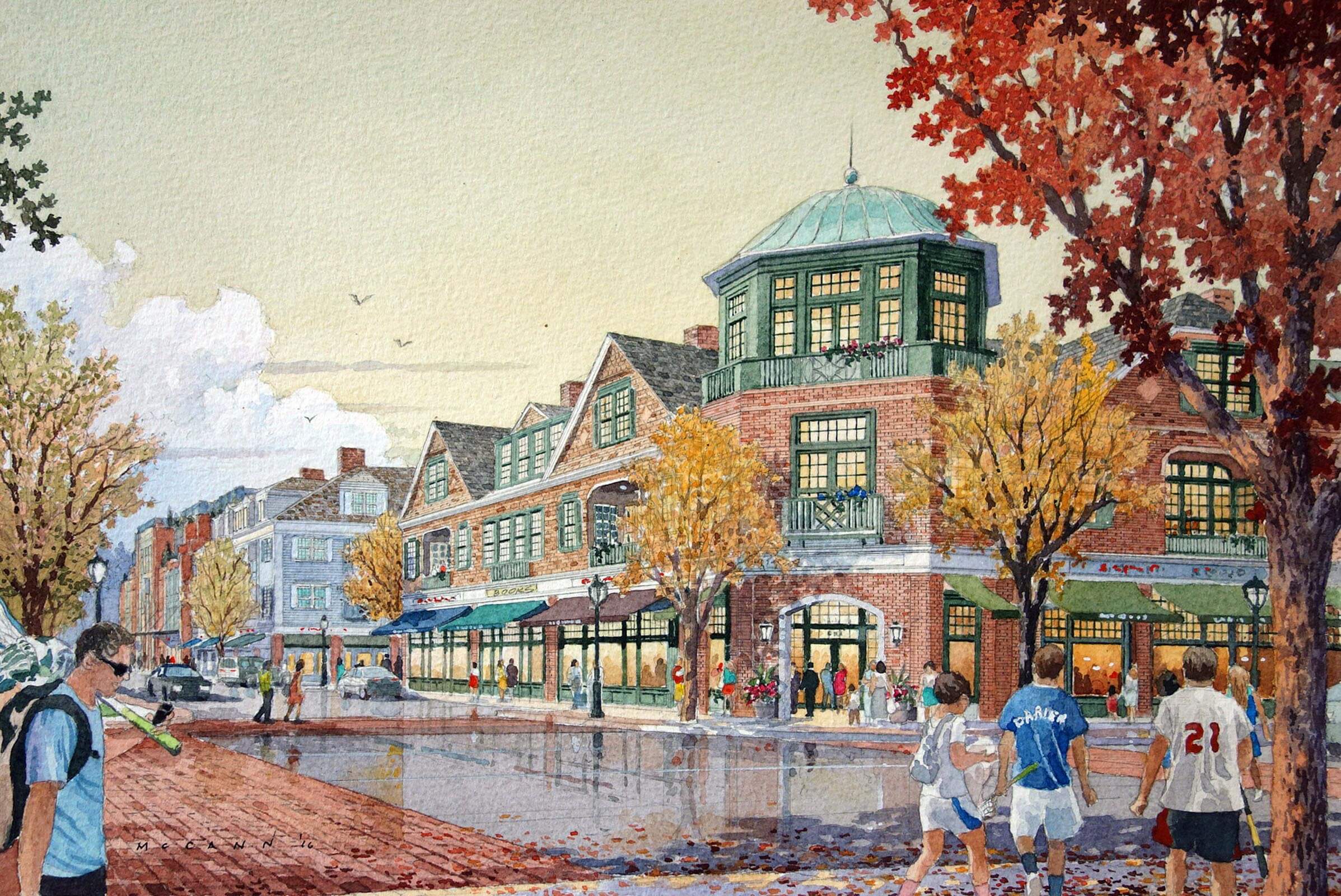 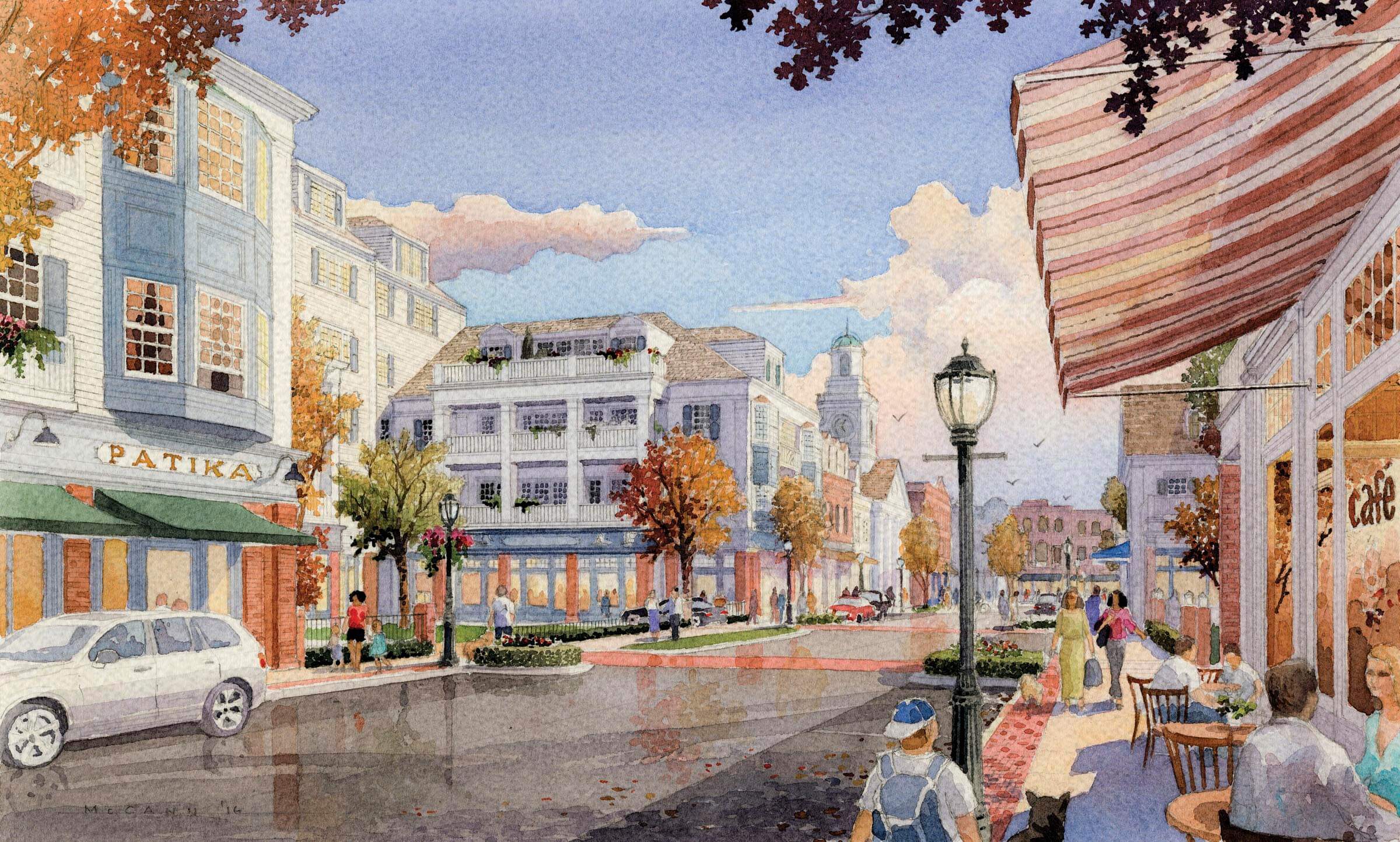 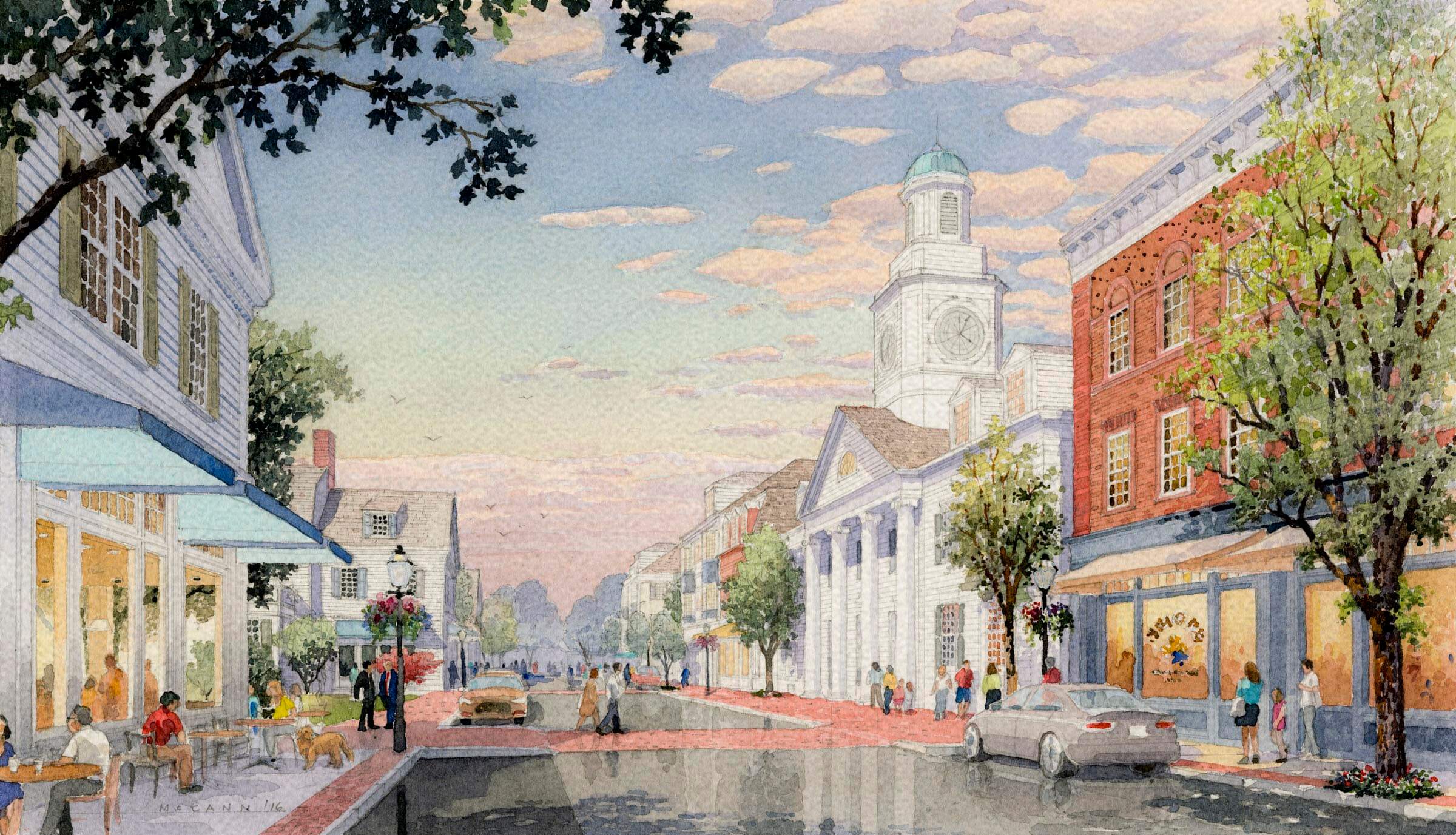 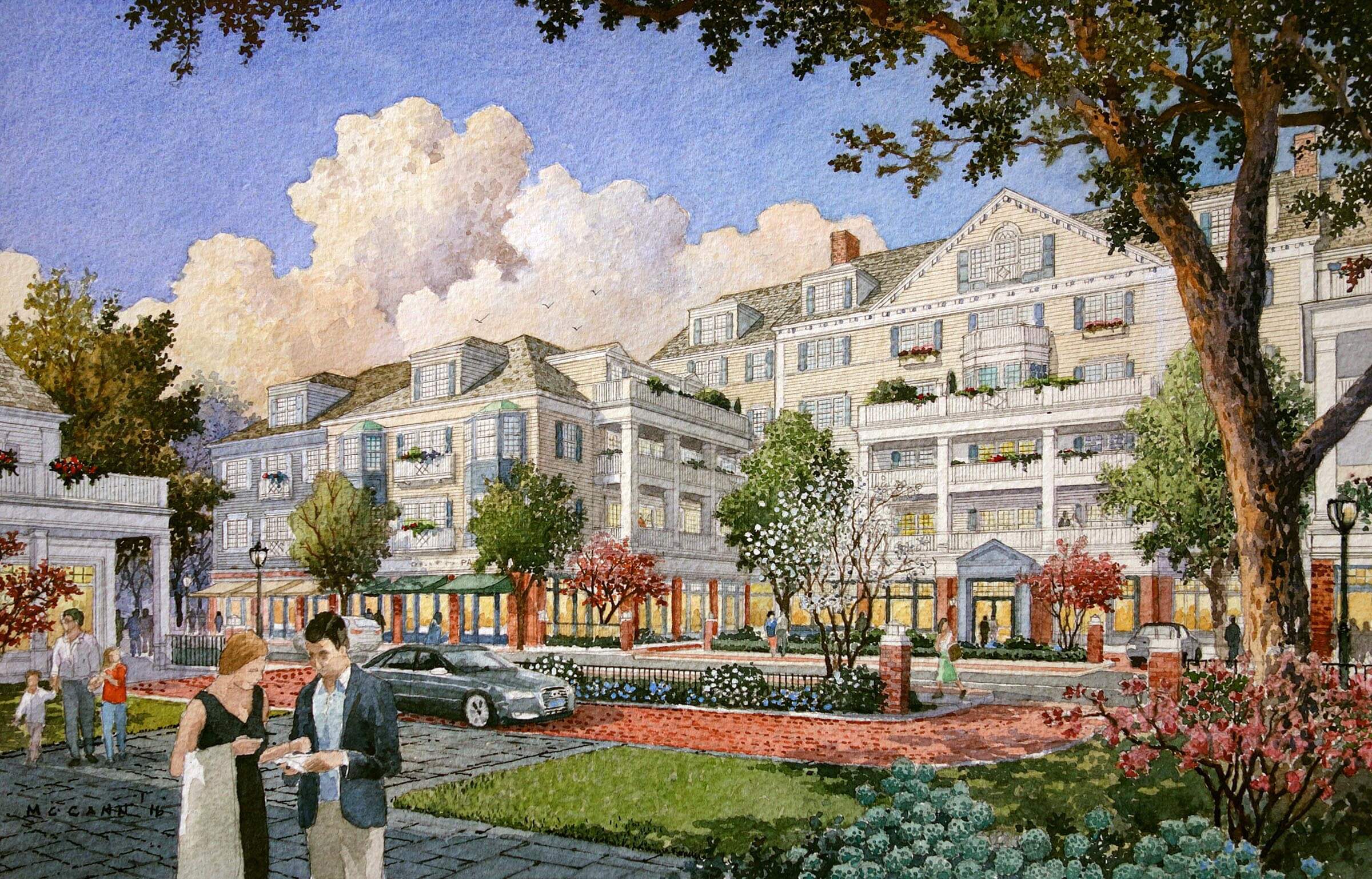 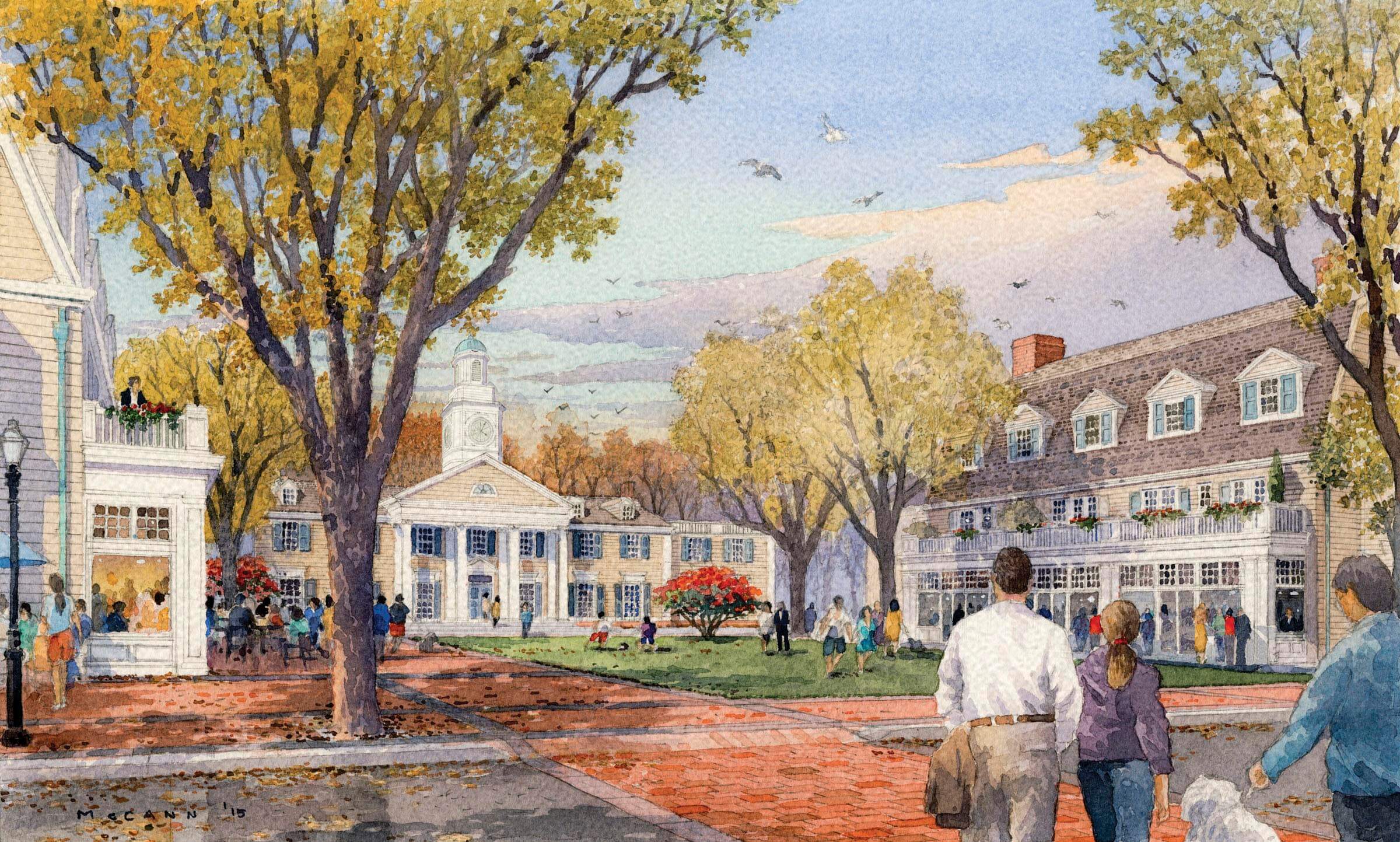