The historic center of Youngstown, Ohio, consists of three distinct but interdependent districts: to the south, are the remains of steelworks from the nineteenth-century sprawl along the Mahoning River; to the north, on the heights, are various cultural institutions including the Butler Institute of American Art (McKim, Mead & White, 1910), the Youngstown State University, and many of the city's places of assembly; in the valley between lies the business and civic core, with many commercial offices located in mini-skyscrapers of the 1920s, as well as government buildings grouped near Federal Square. Between the commercial core and the cultural heights lies a yawning gap along Wick Avenue, a principal street, part of which is filled in by the new Federal Building and U.S. Courthouse, which acts as both a gateway and the linchpin between the downtown and the cultural precinct. Though the principal facade of the new building addresses both Wick Avenue and East Commerce Street with brick and stone corner pavilions that respects the street grid pattern, a glazed curved facade and two-storey colonnaded porch dramatically marks the point of transition. A terraced, tree-lined walkway along the length of the building widens at the corner to form a plaza embellished by the work of artist Andrew Leicester.

The third-floor-level single courtroom, reached by the ceremonial public stair visible behind the colonnaded window wall, is set on a diagonal to acknowledge its hierarchical importance to the composition and to allow natural light into the courtroom without compromising stringent Federal security requirements.

The building is the first LEED™-certified U.S. courthouse. The principal materials of the building – a buff-colored brick, cast stone trim, metal columns and windows, and a projecting metal standing-seam roof carried on metal brackets – reflect the classical stone buildings and the industrial metal detailing ever-present in Youngstown's architectural heritage. 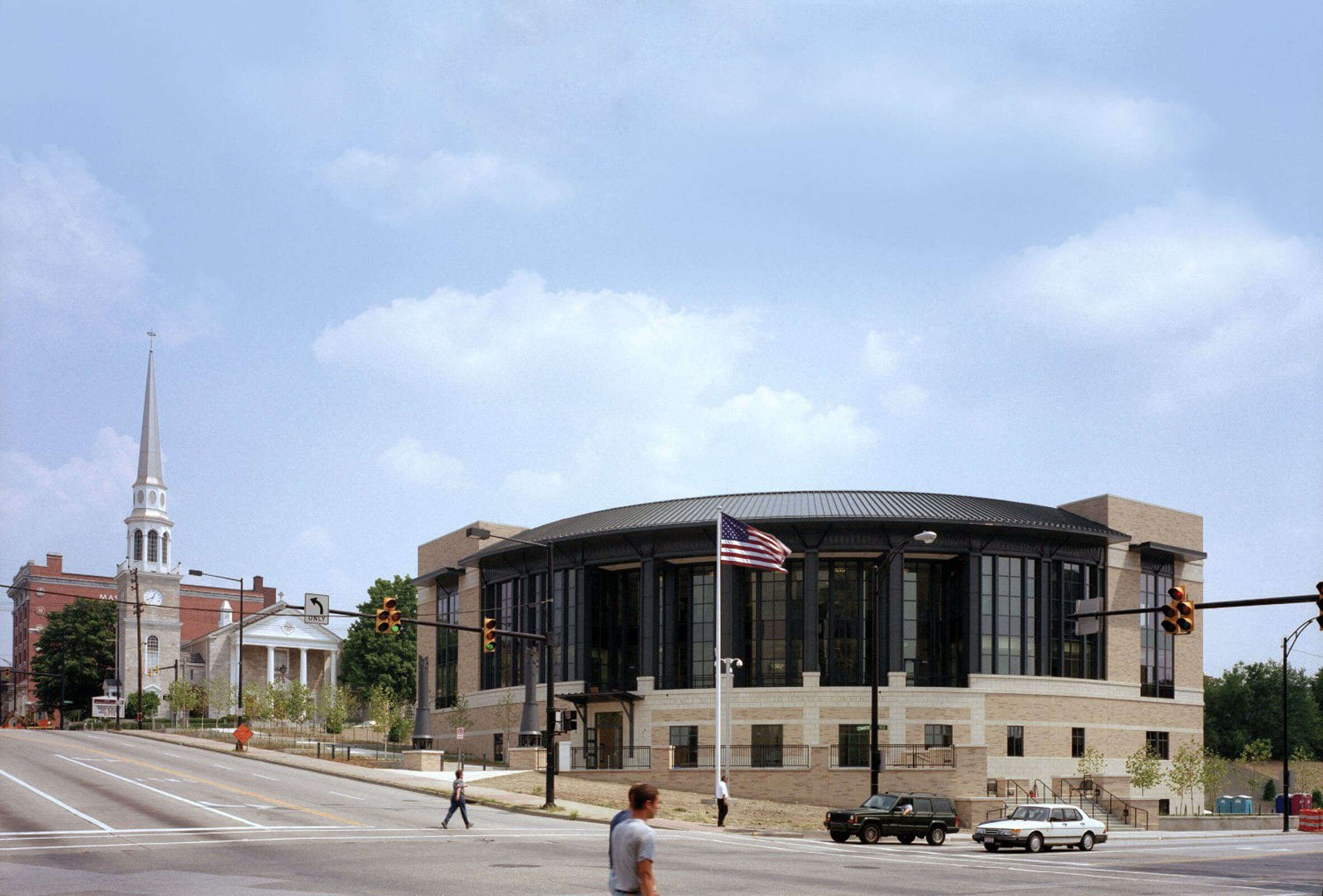 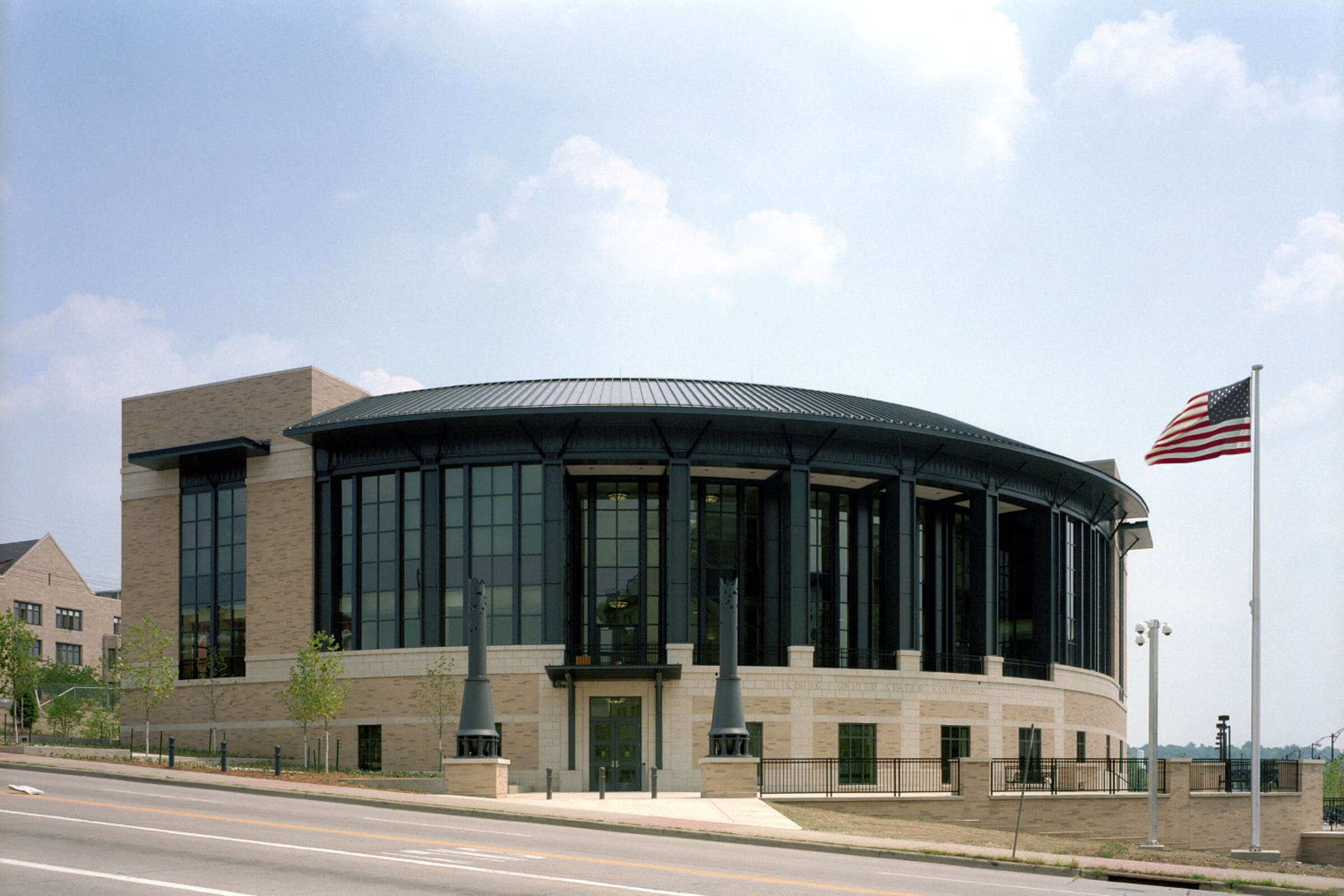 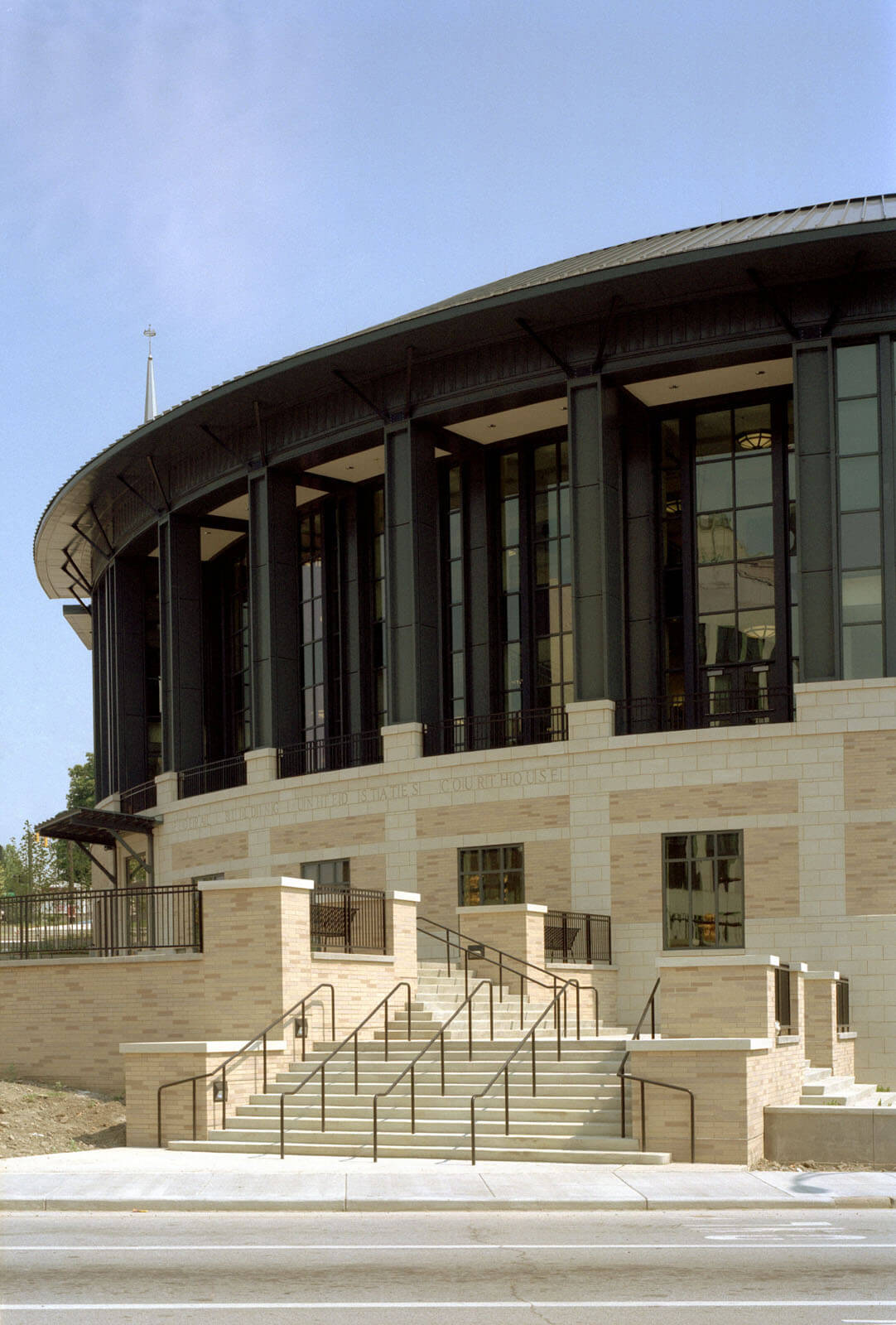 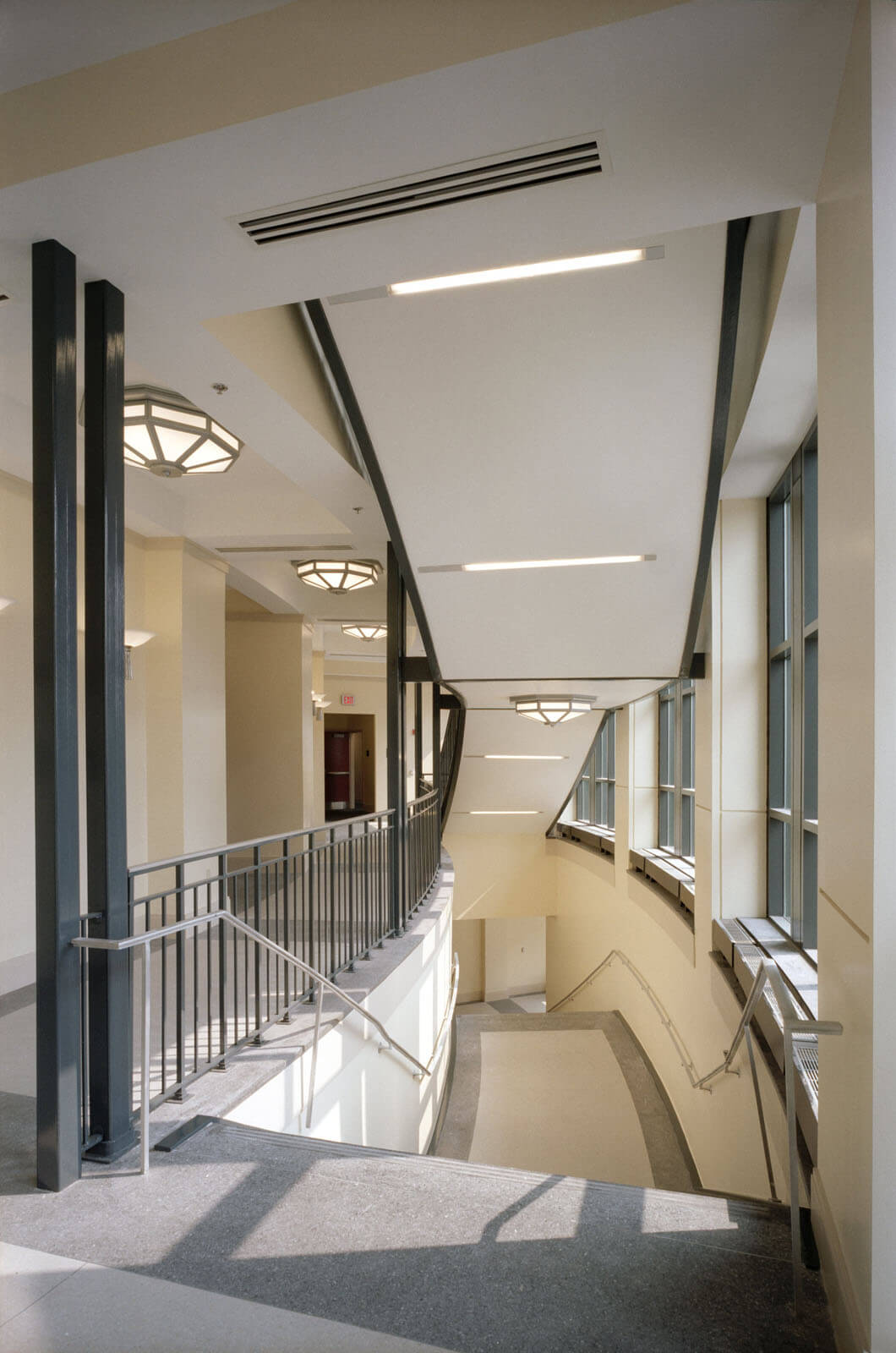 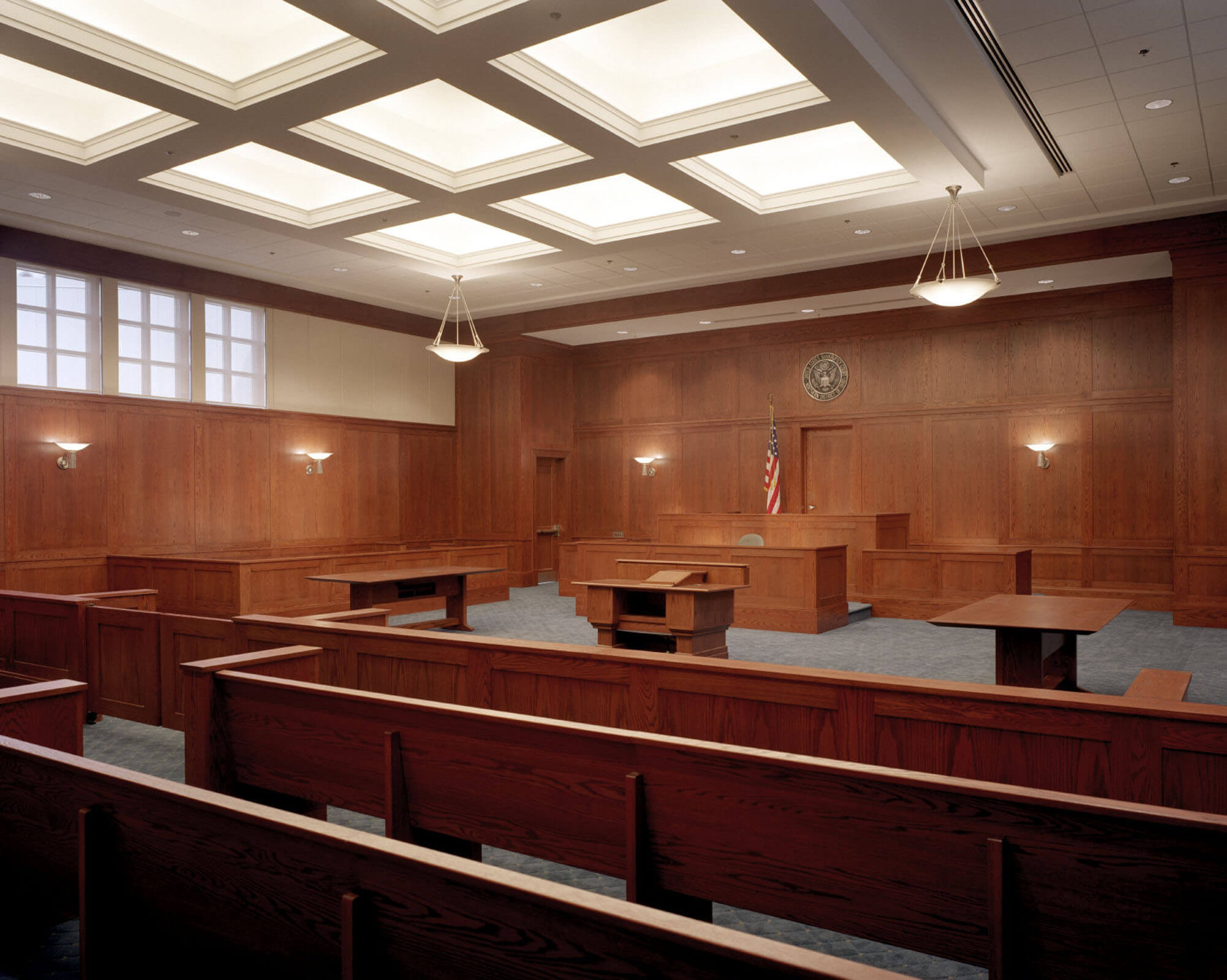 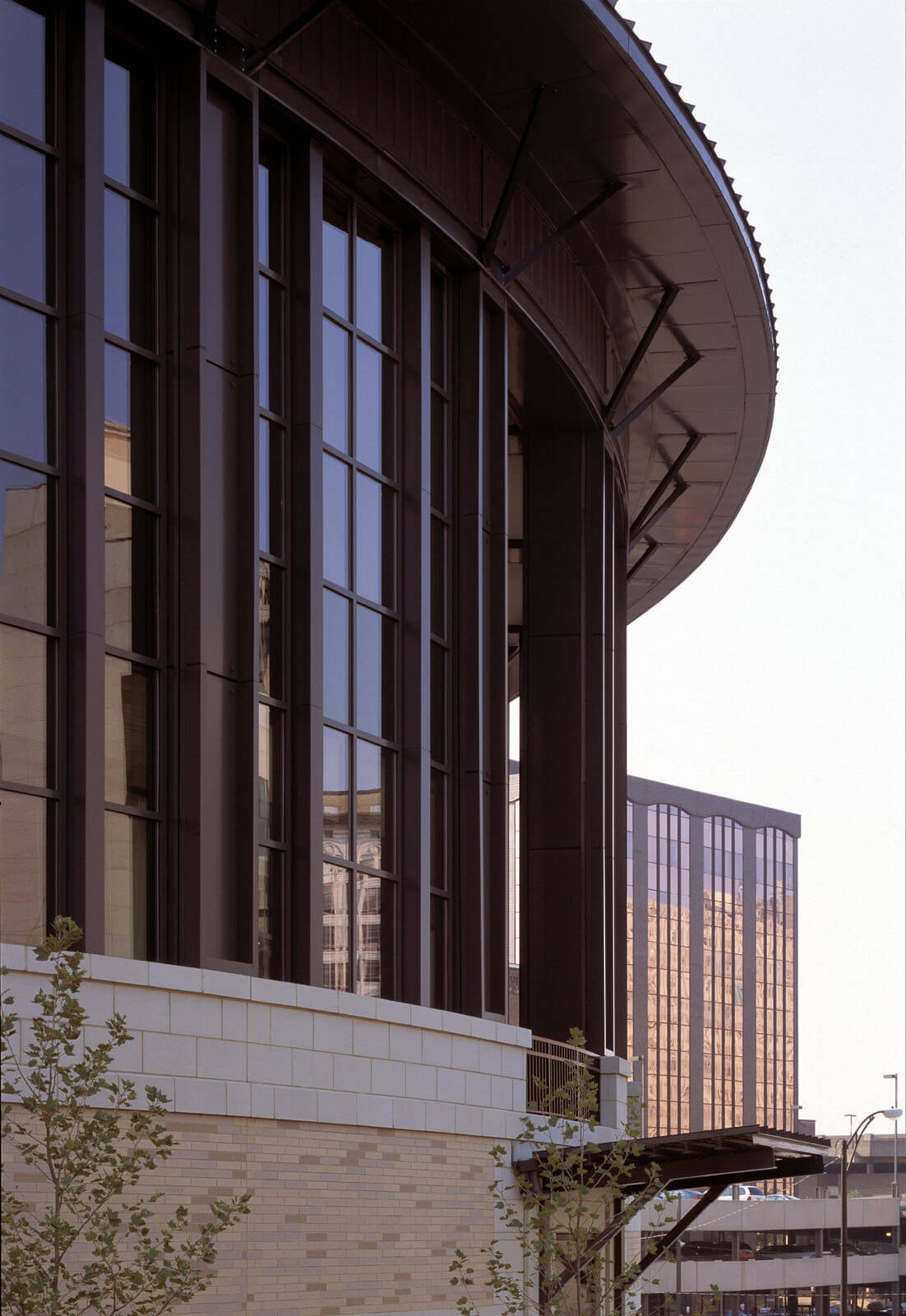