John Elgin Woolf, a sought-after Hollywood architect active during the 1950’s and ‘60’s, designed houses full of character and theatrical in spirit; stylistically they combined elements of various Classical styles in a manner that we now call Hollywood Regency. Set back from the road and crowned at the entry by one of Woolf’s signature attenuated mansard roofs, that style is wonderfully embodied in this 1960’s house, designed for the actress Eleanor Parker but later owned by Woolf himself.

Woolf’s layout had not been significantly altered over the years: a dynamic, butterfly-shaped plan that embraces the landscape. Along the rear façade, a curved porch supported by ultra-thin colonettes surrounds an oval pool.

Though the house was in good condition, it was apparent that its systems needed to be replaced, requiring that the walls be taken down to the studs. As we put the house back together, we took care to preserve and faithfully re-create Woolf’s original spare detailing:  small baseboards, no crown between walls and ceilings, and bolection-style casings around the doors. New hollow-core doors match Woolf’s distinctive take on French boiserie, while new paired steel-framed glazed doors added to the covered entry, bring additional daylight into the domed oculus-lit foyer. 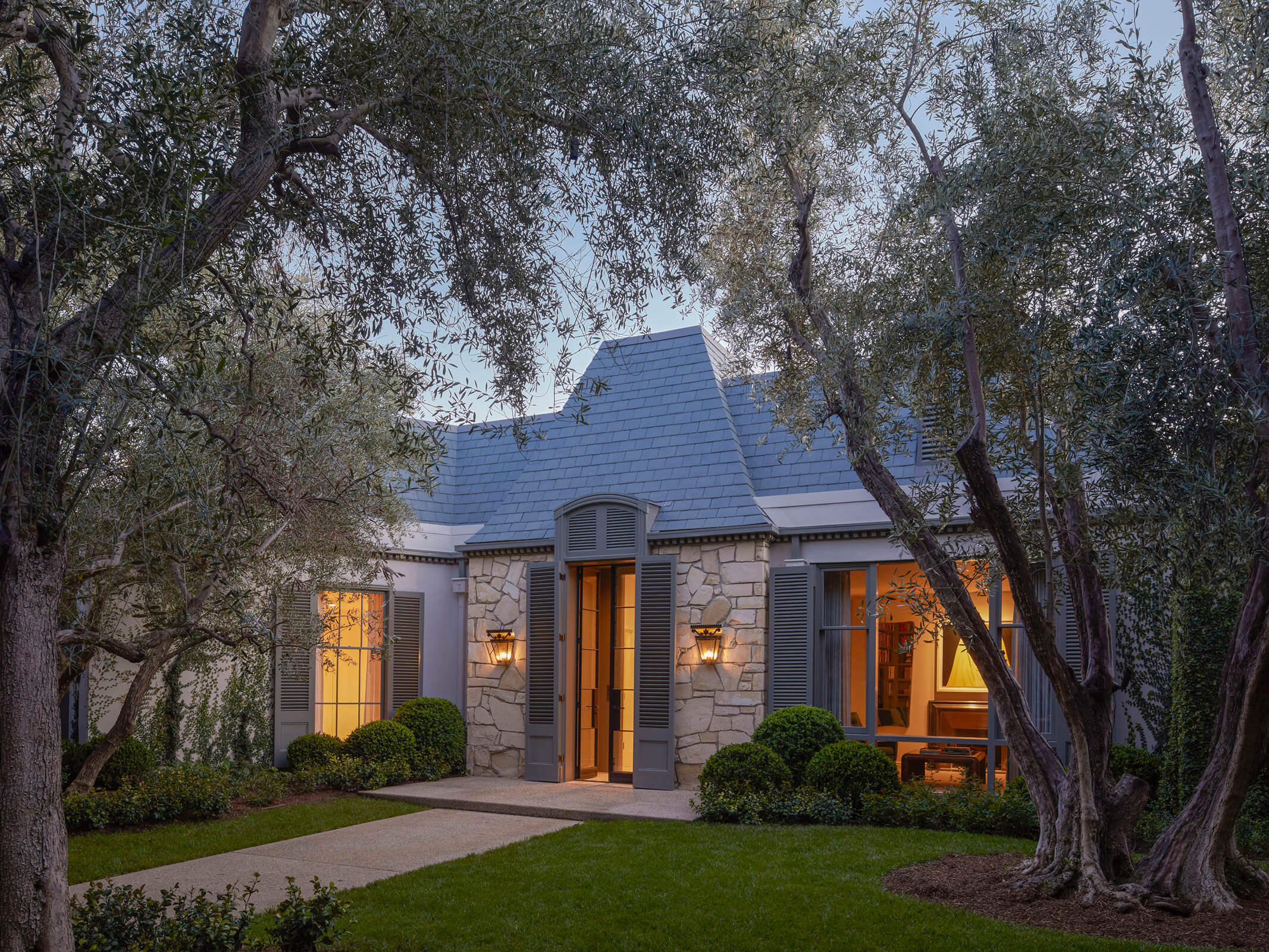 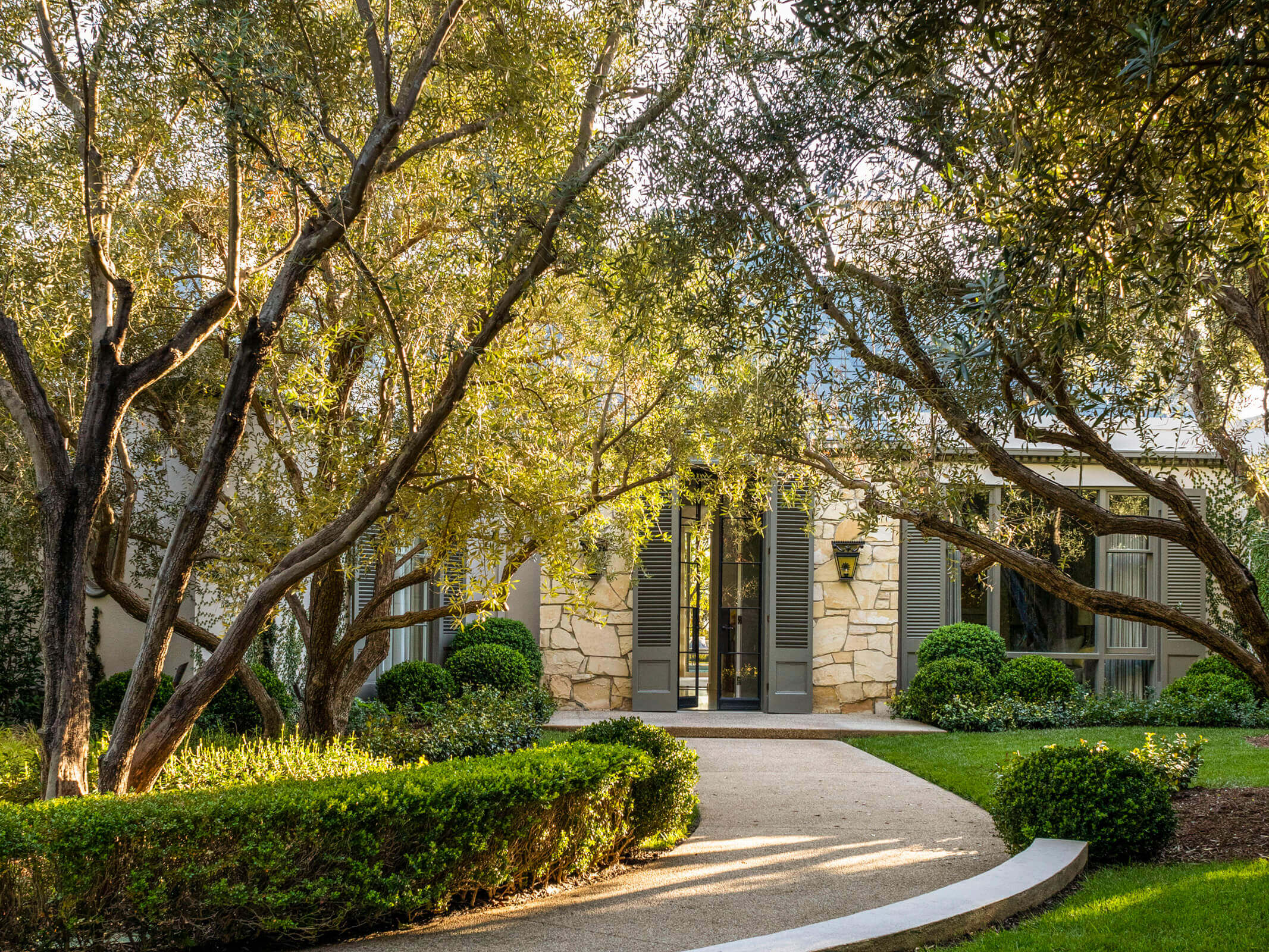 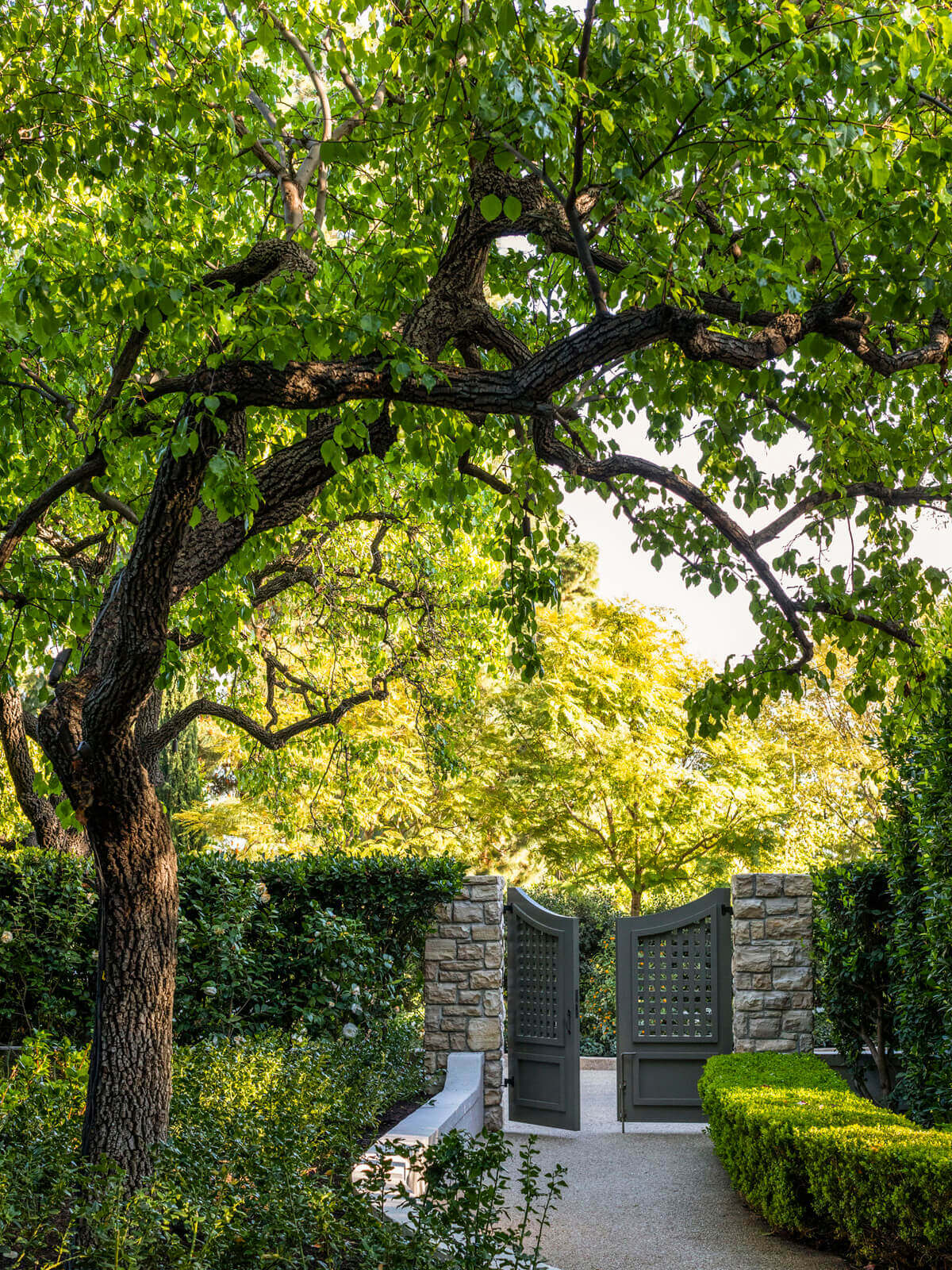 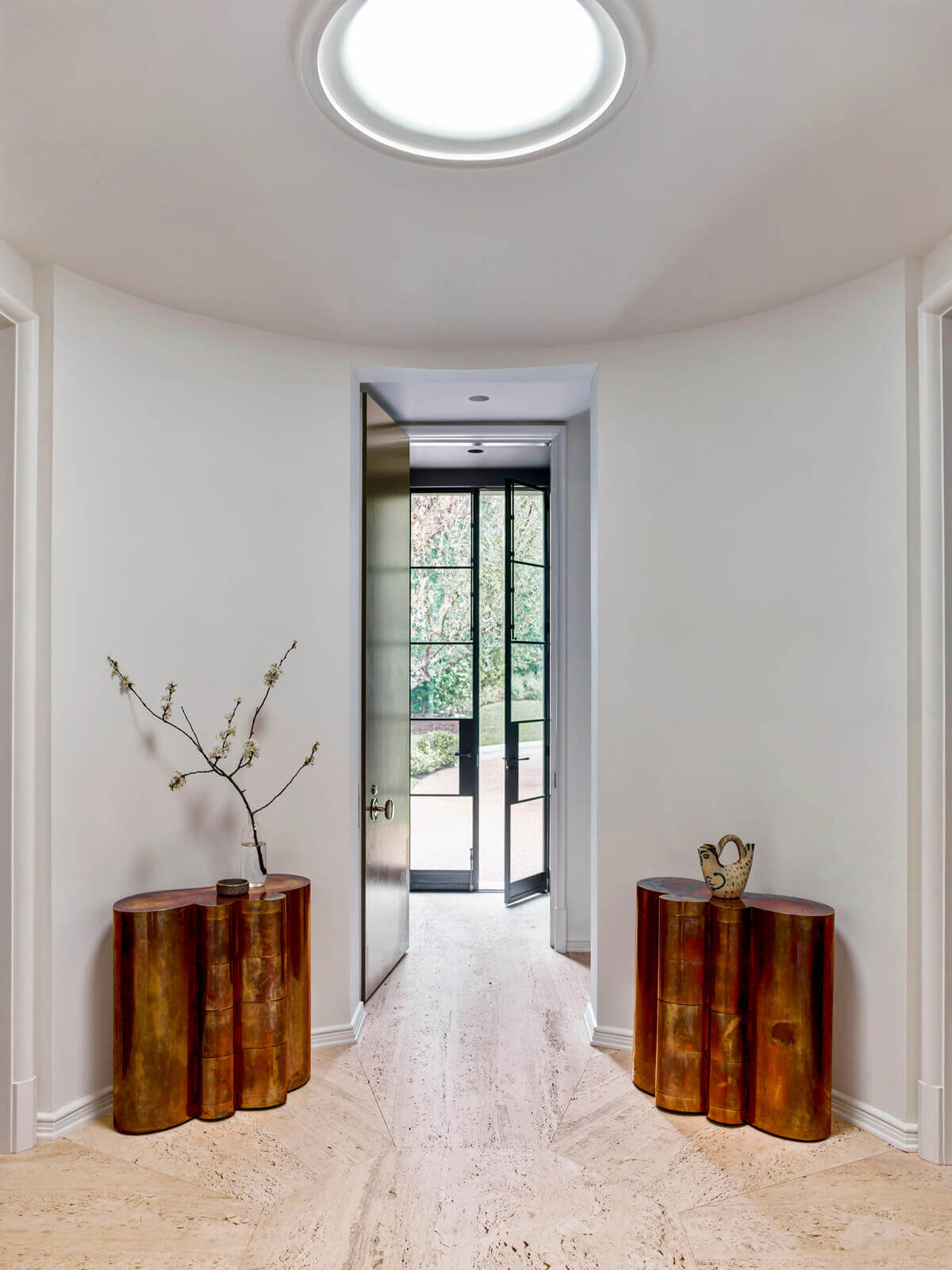 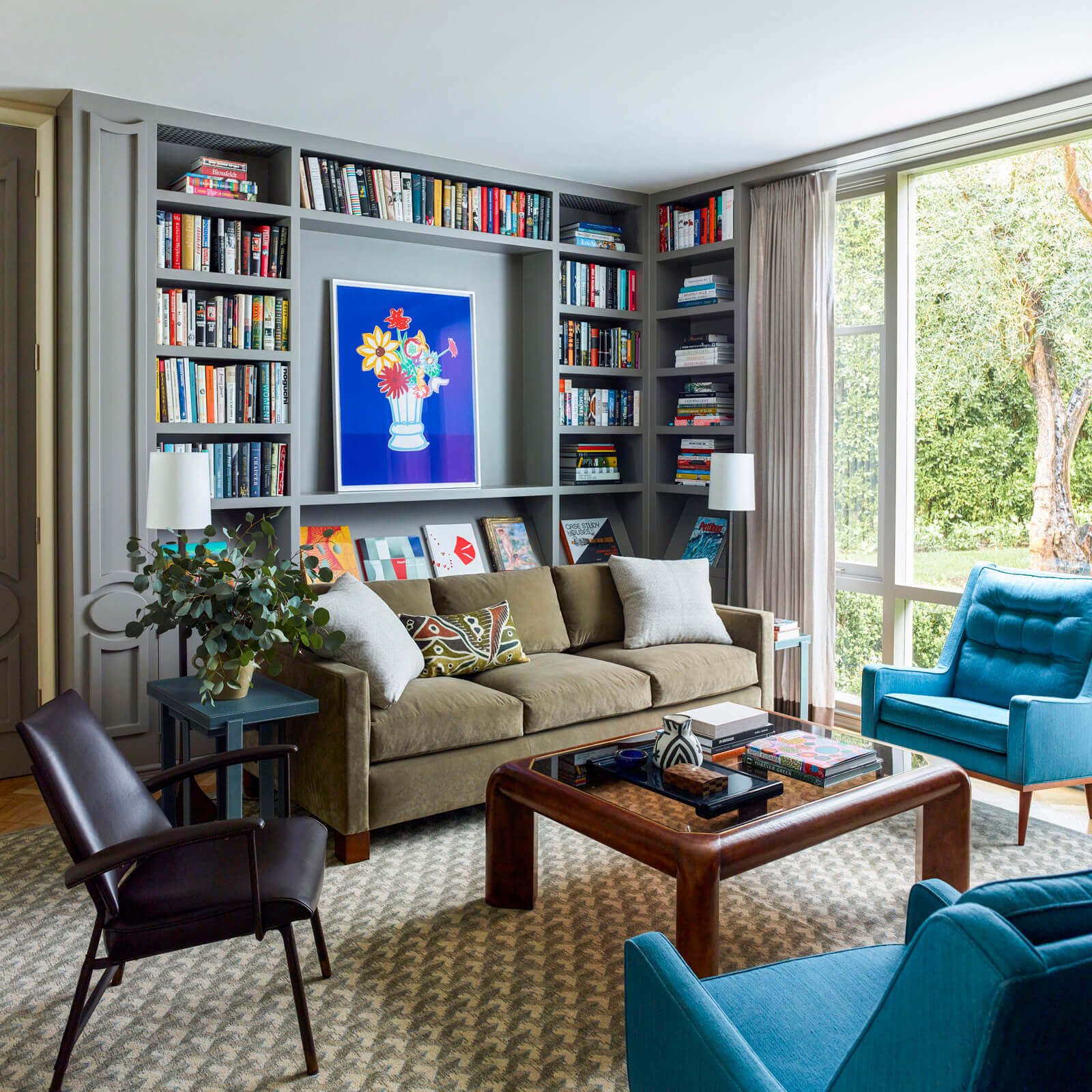 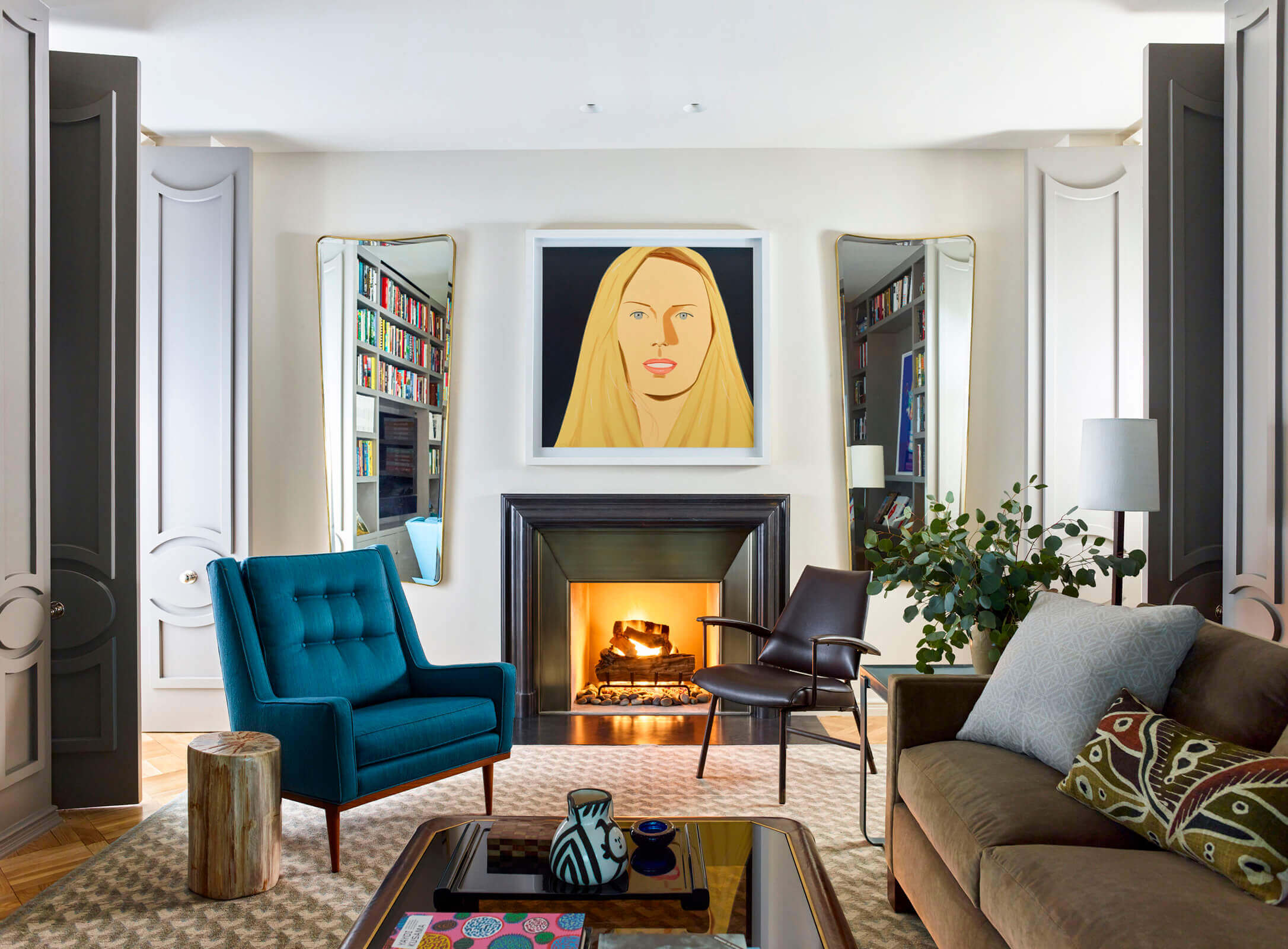 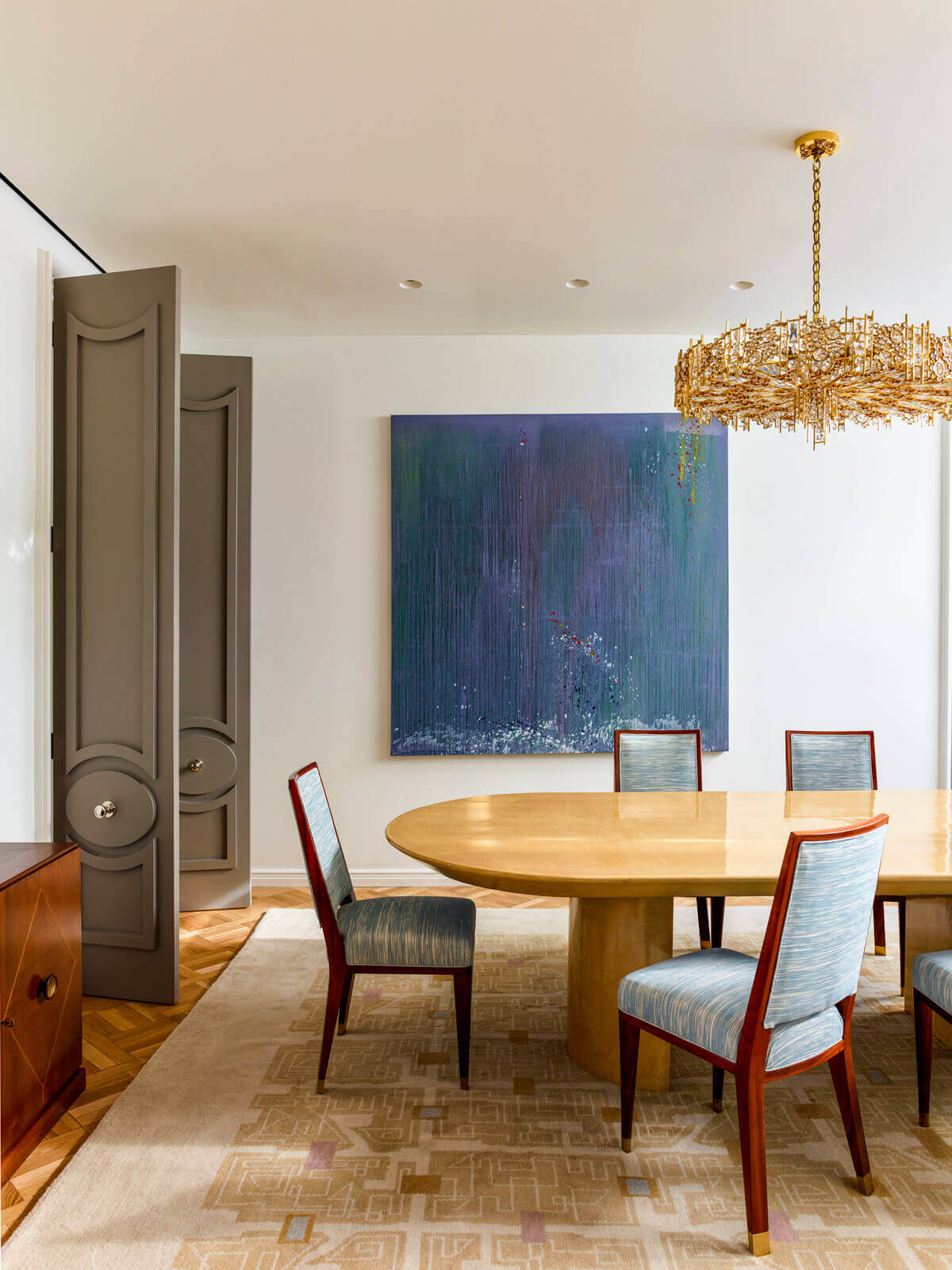 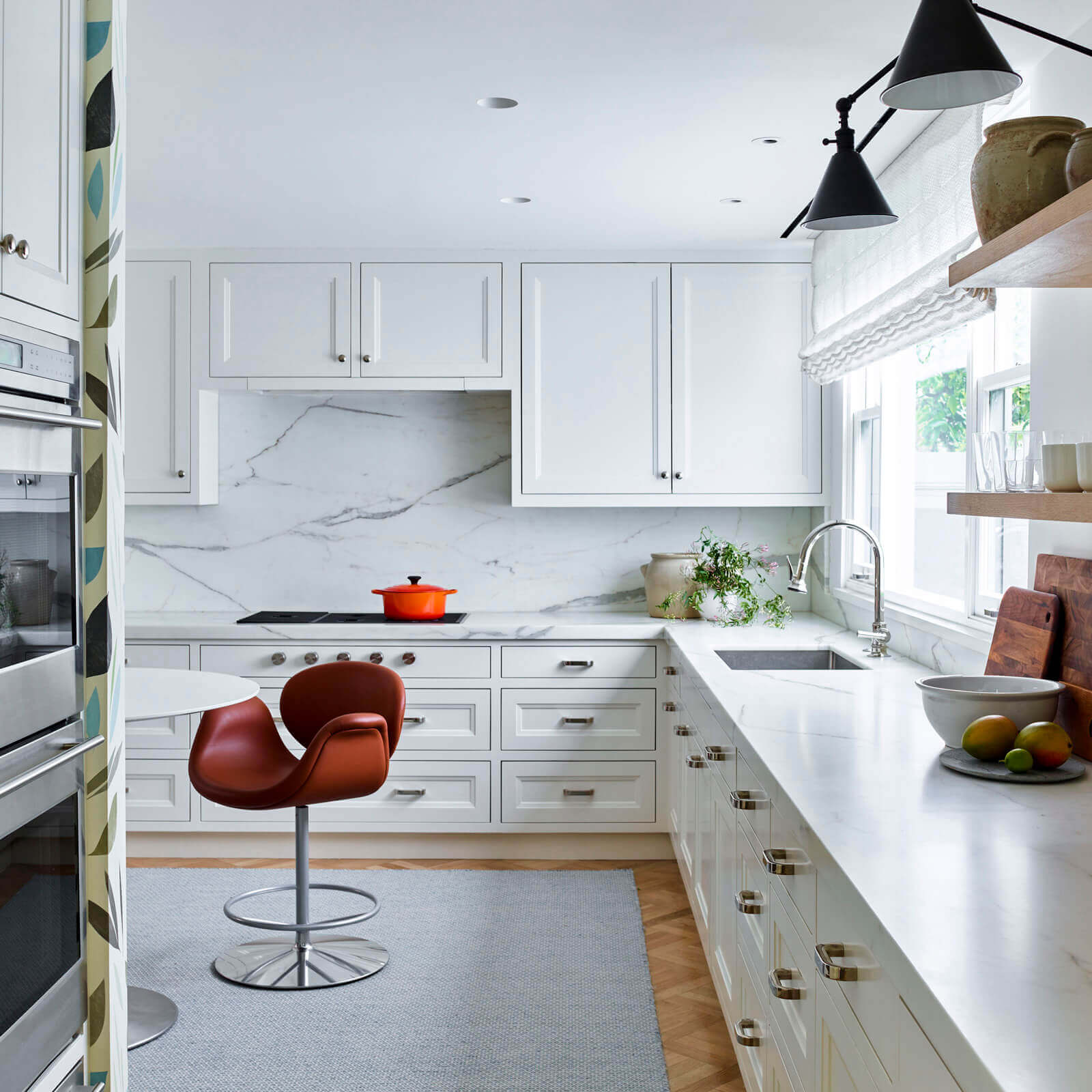 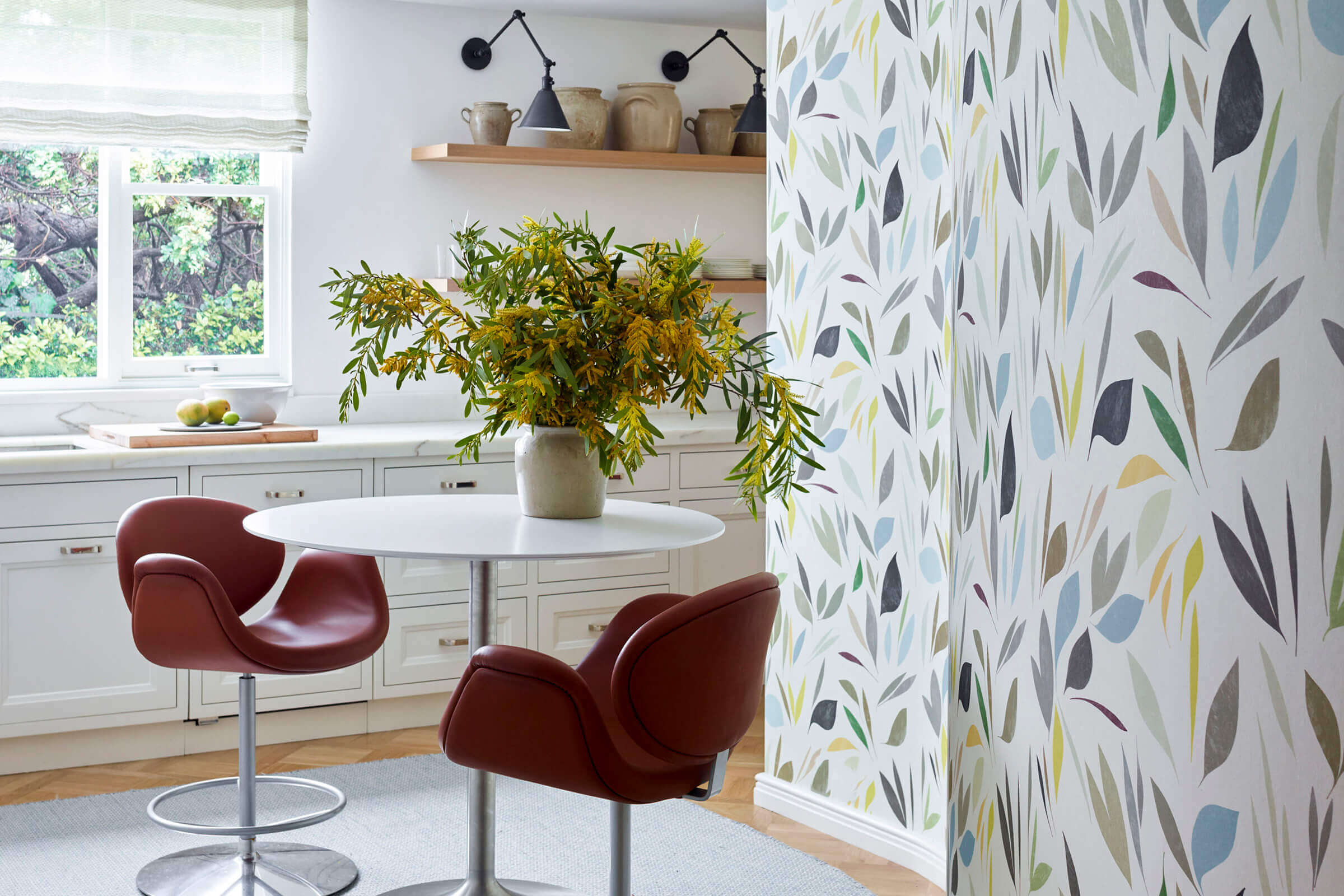 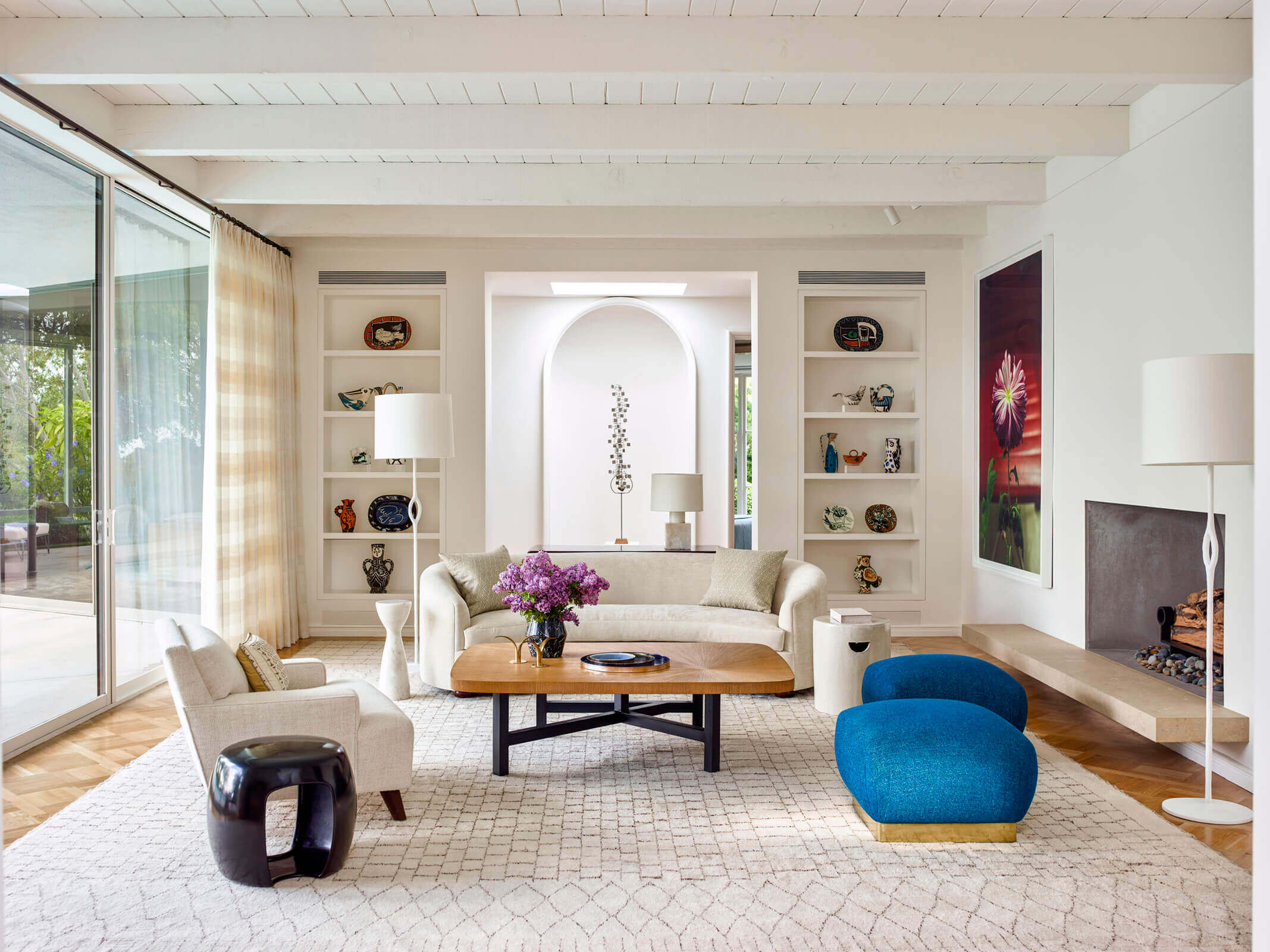 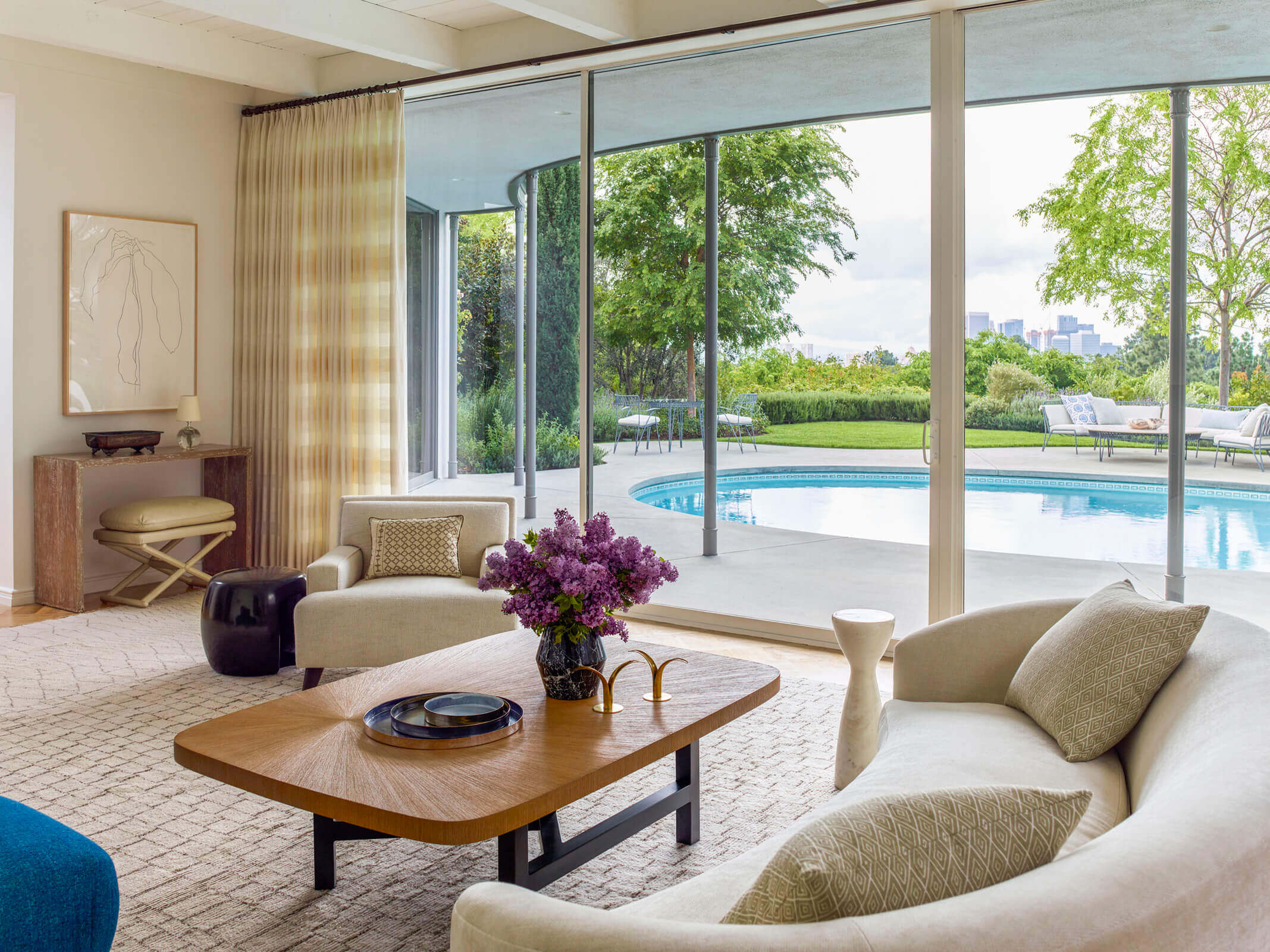 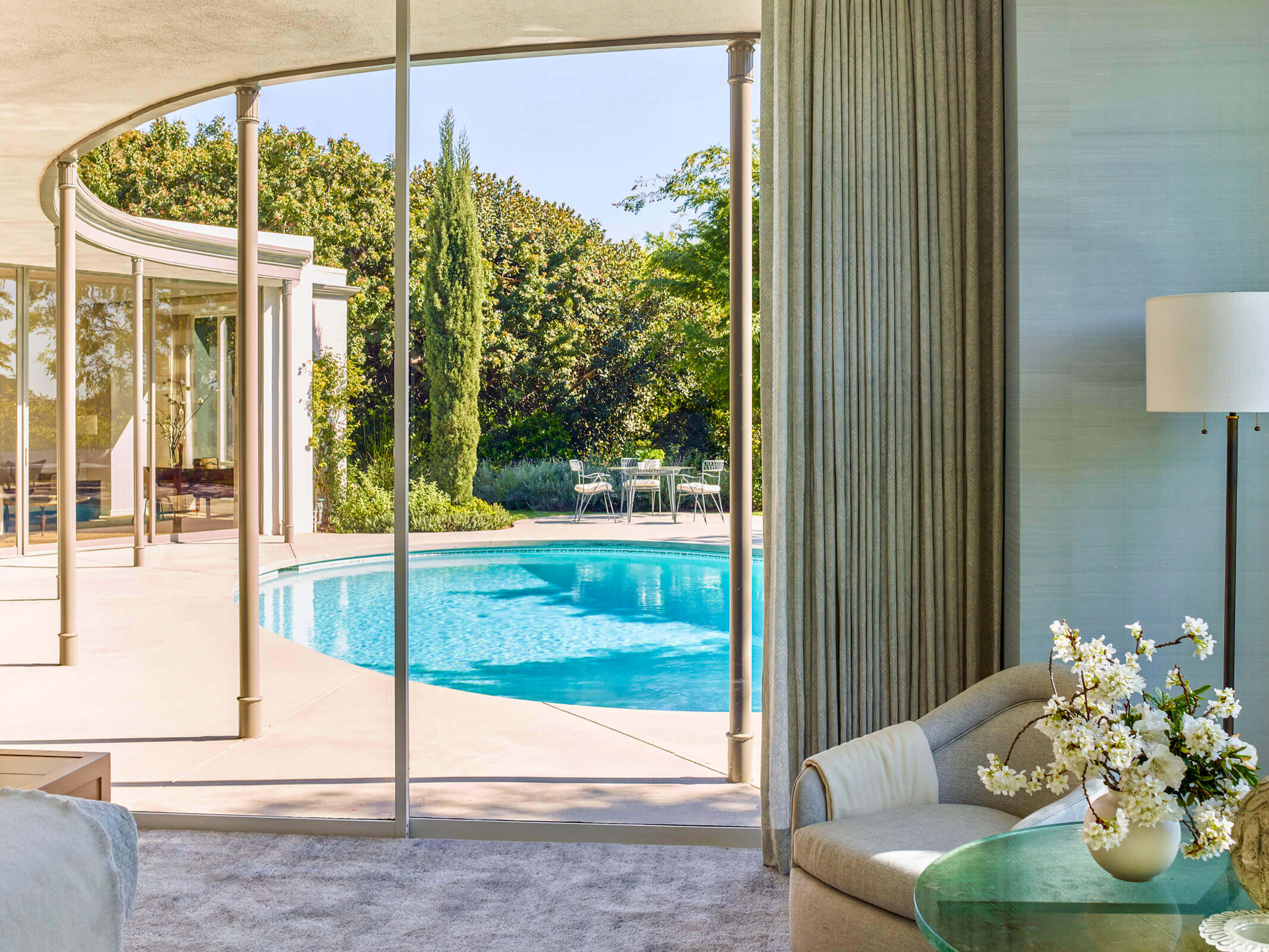 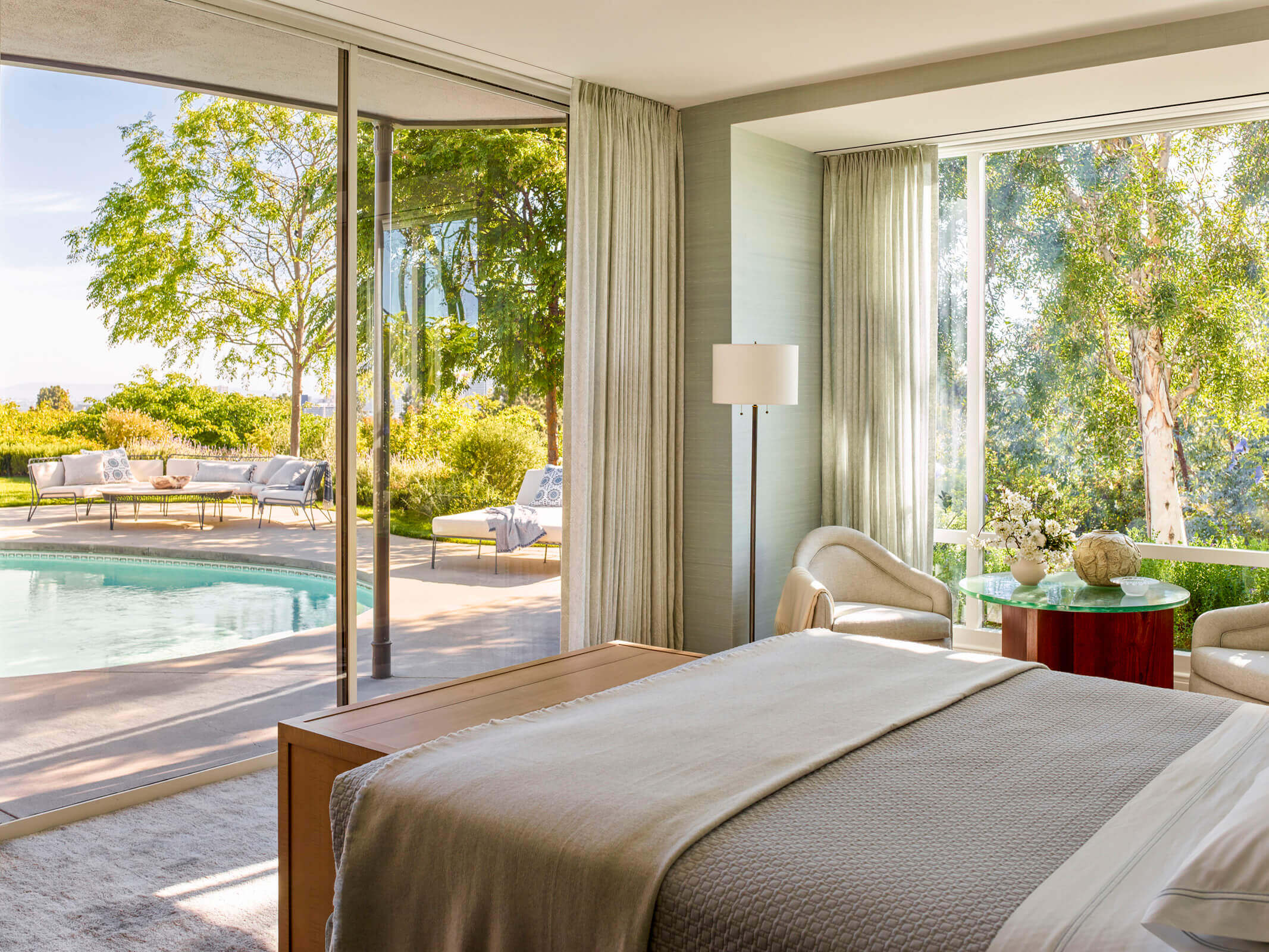 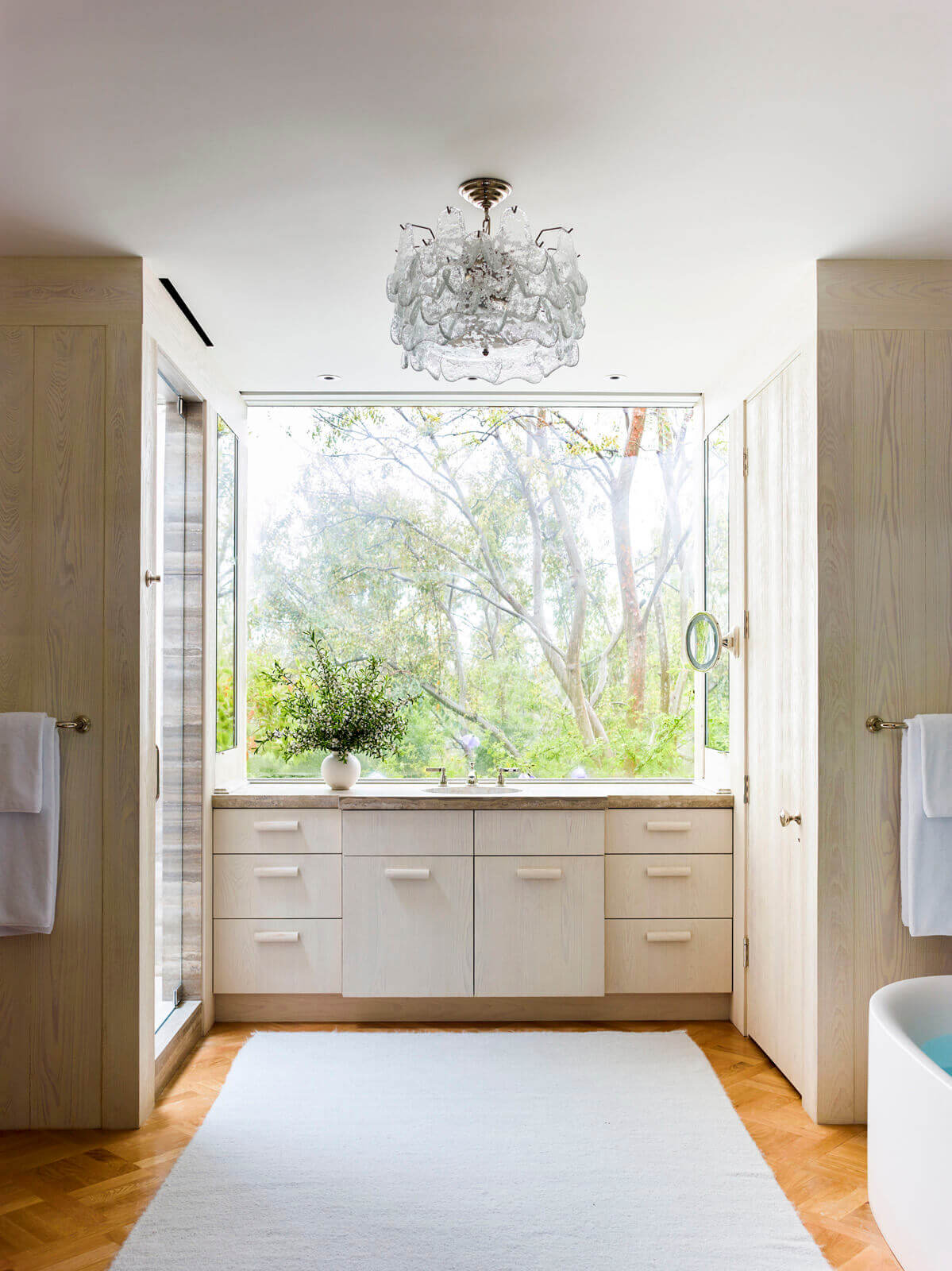 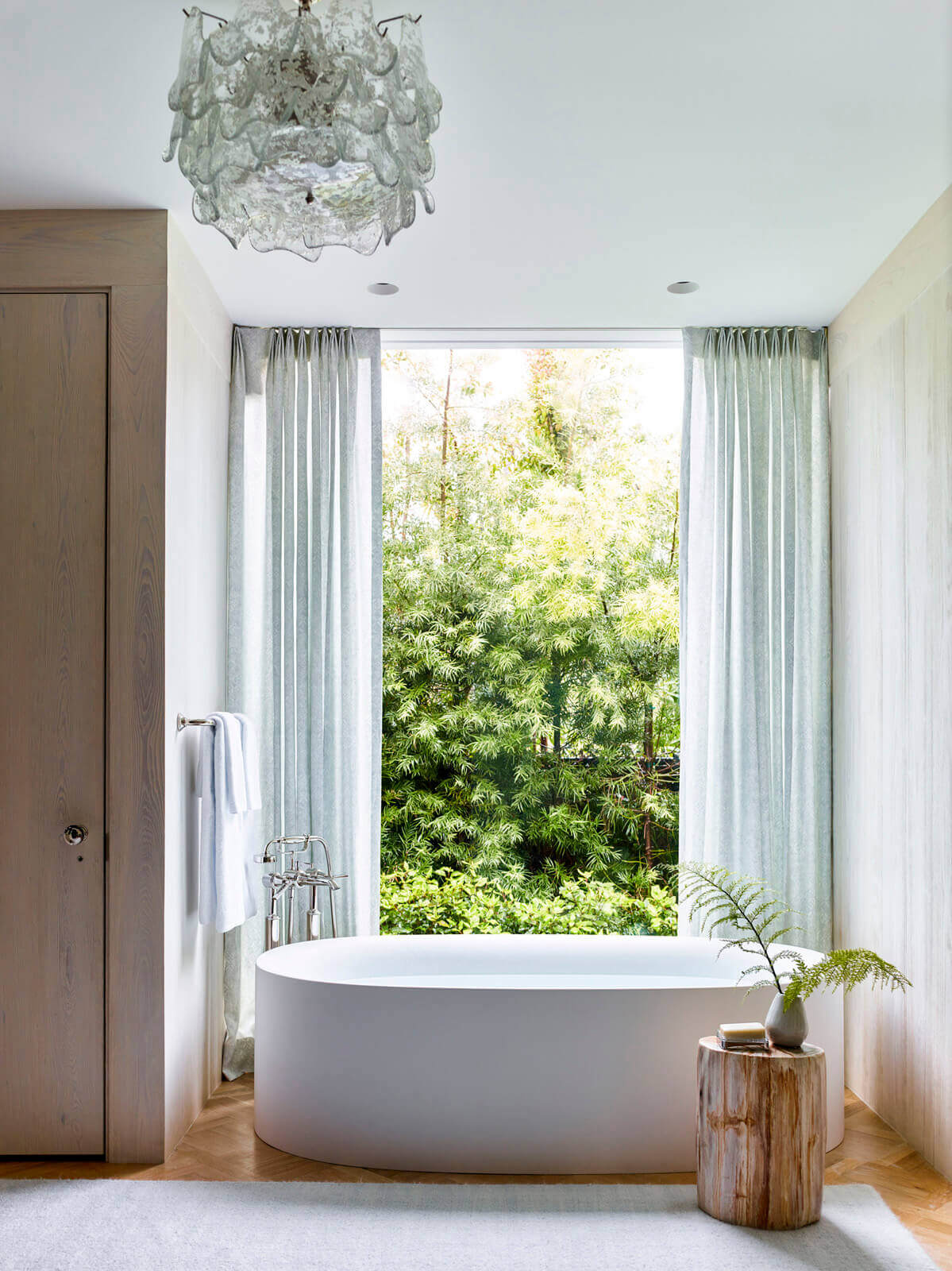 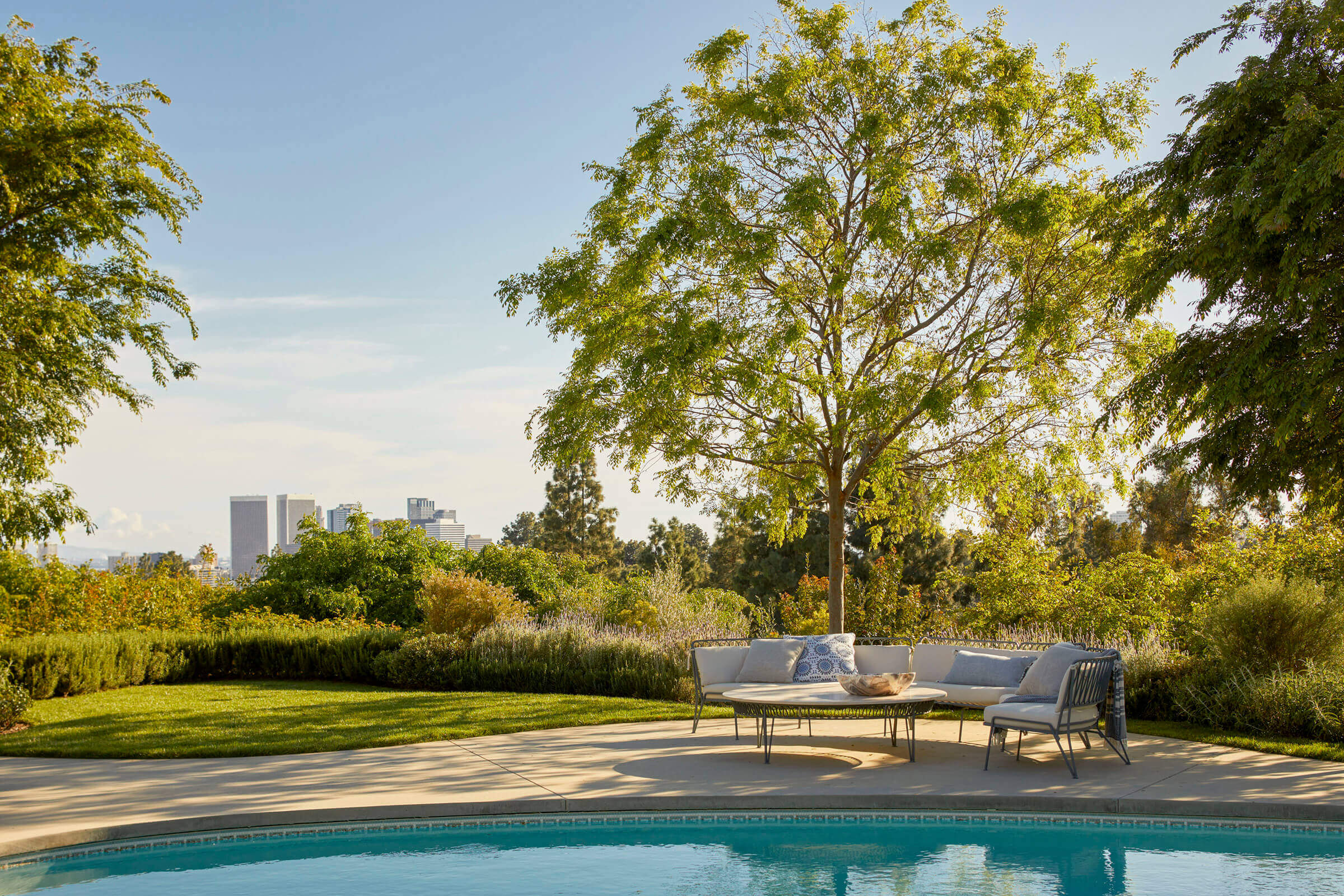 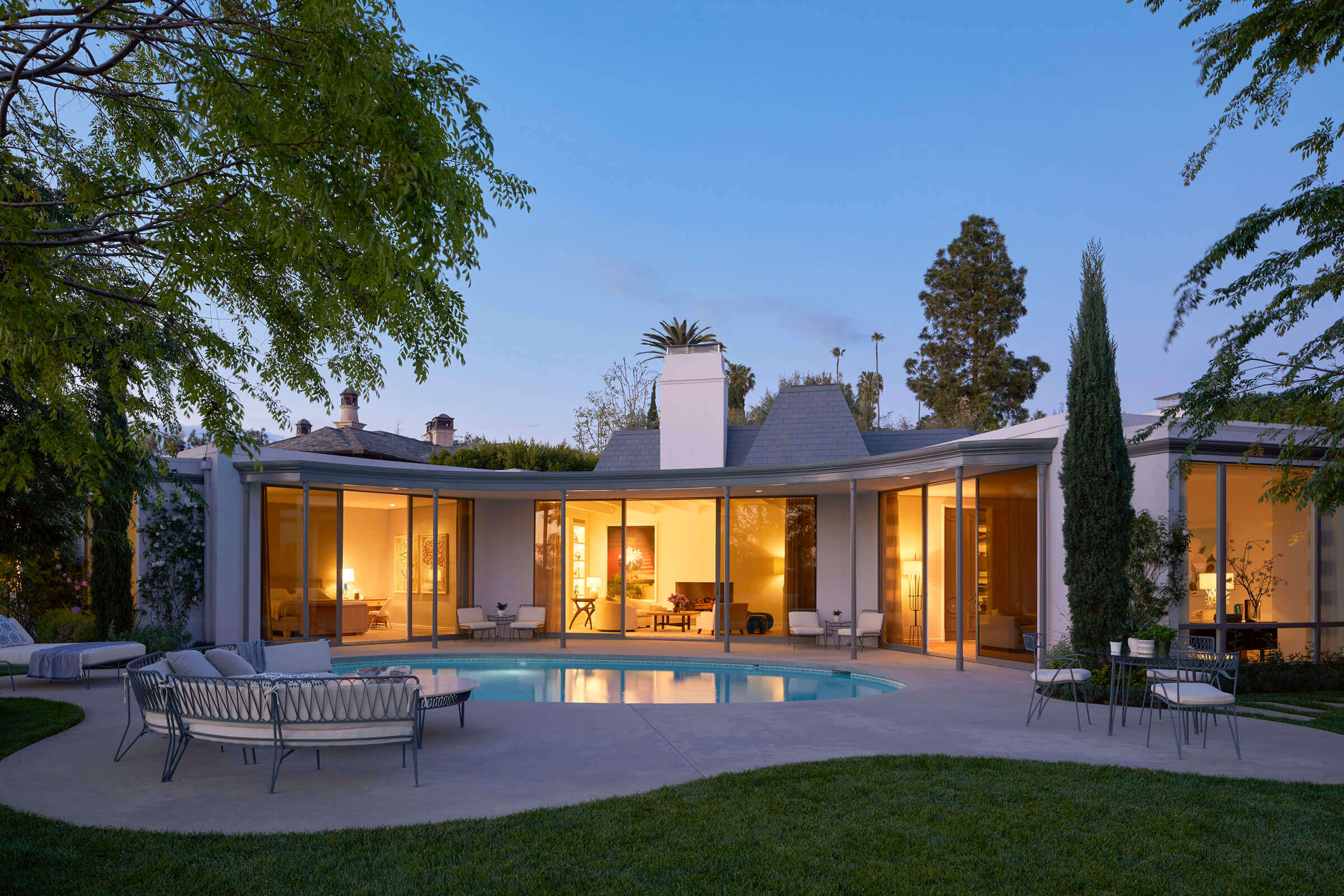