Blessed with a magnificent site overlooking the Hudson River, Marist College has, over the last 15 years, developed its campus with a series of new buildings and landscape initiatives that have brought the physical campus more into line with Marist’s growing academic reputation. This update to the Master Plan is intended to provide a framework for future growth and development of the campus, both for academic facilities, and for student residences and athletic and recreational facilities. It identifies locations for future Marist facilities, without specifying the order in which the future projects may be developed, since these developments will necessarily reflect the College’s changing needs and the uncertainties of fundraising.

The Master Plan Update builds upon the work of previous master planning efforts, especially the Master Plan of 2005, developed by SOM. The major elements of that plan are retained and elaborated. The 2005 Master Plan suggested an East-West green axis leading from the high ground of the East Campus to the Hudson. The updated Master Plan adds to this east-west axis a formalized North-South greensward which unites the buildings around the Library and academic core. It suggests an enlarged but denser Academic Core, building on the quadrangle created by Hancock, Lowell Thomas and Dyson, and amenable to future expansion to the west, overlooking the river. The update suggests a new arts precinct across Route 9, building on the success of the Steel Plant Studios, and leaving open the possibility of a theater complex off Fulton Street. The Update suggests an expanded student housing zone at the north campus gate.

We have analyzed the open space on Marist’s campus, and recommend that it be categorized as three distinct types of green area—usable open space, such as quadrangles and courtyards with manicured landscapes, naturalistic open space, treated as nearly wild woodlands, and athletic and recreational open space. These distinctions will add to the richness of Marist’s landscape experience.

As in most college campuses, parking for faculty, staff and students is a major challenge. Fortunately, Marist has three extremely suitable locations for parking structures, which can partially supplant existing surface parking. These locations are either on public streets, or very near to the main campus gates, thereby reducing automobile traffic within the campus proper. This will continue the progress made over the last two years in reducing through traffic through the central campus by the closure of the main gate and removal of car parking from the main academic quadrangle. The pedestrian nature of Marist’s campus is enhanced by its compactness—almost the entire developed area of the campus fits within a 10 minute walk radius of the Library, as would all the future development opportunities we have identified.

Finally, Marist’s defining physical feature is its location on the Hudson River. We recommend that future buildings on the west side of Route 9 be planned to create framed views of the river, similar to the magnificent view from the Library lawn. 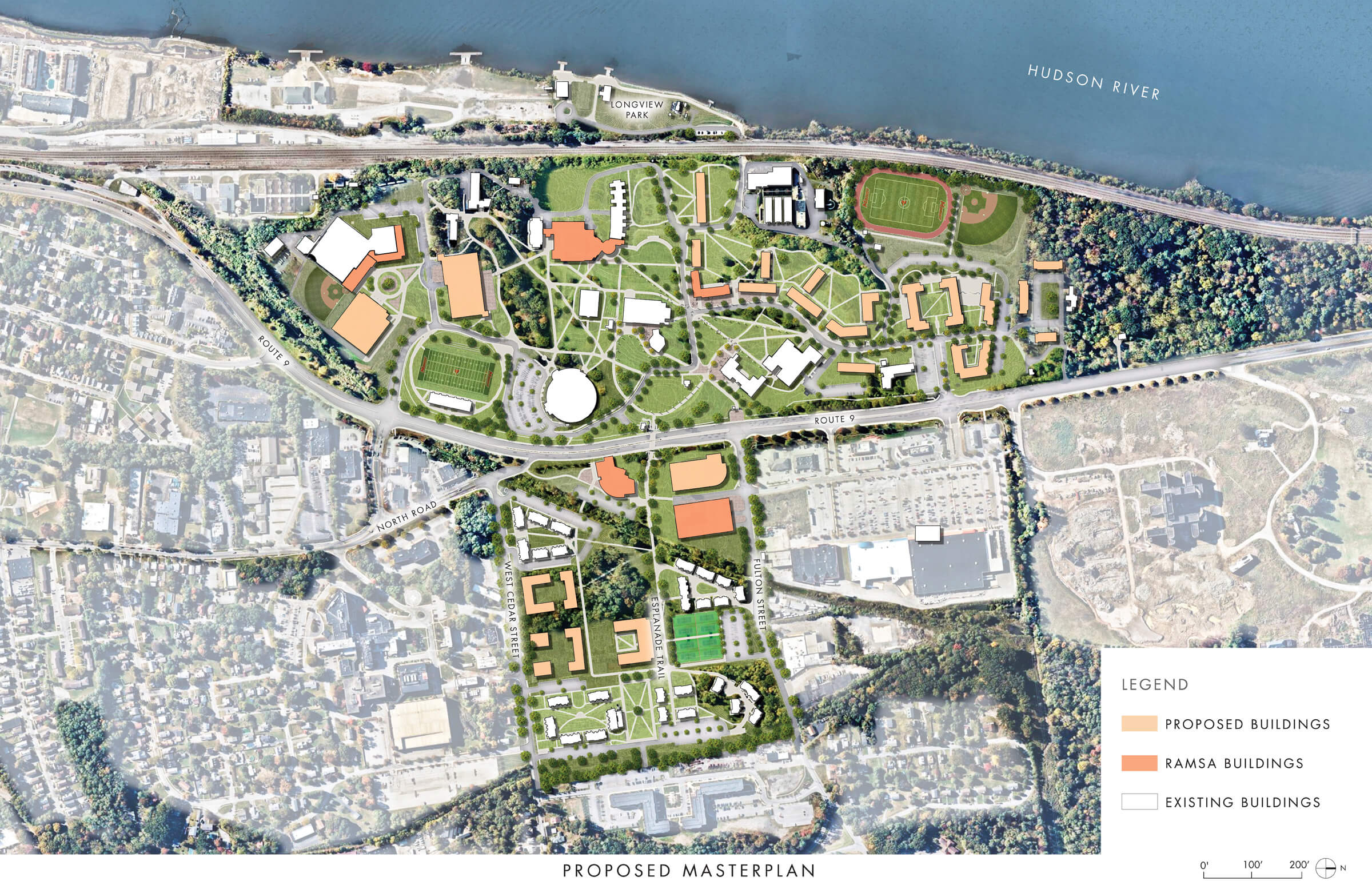 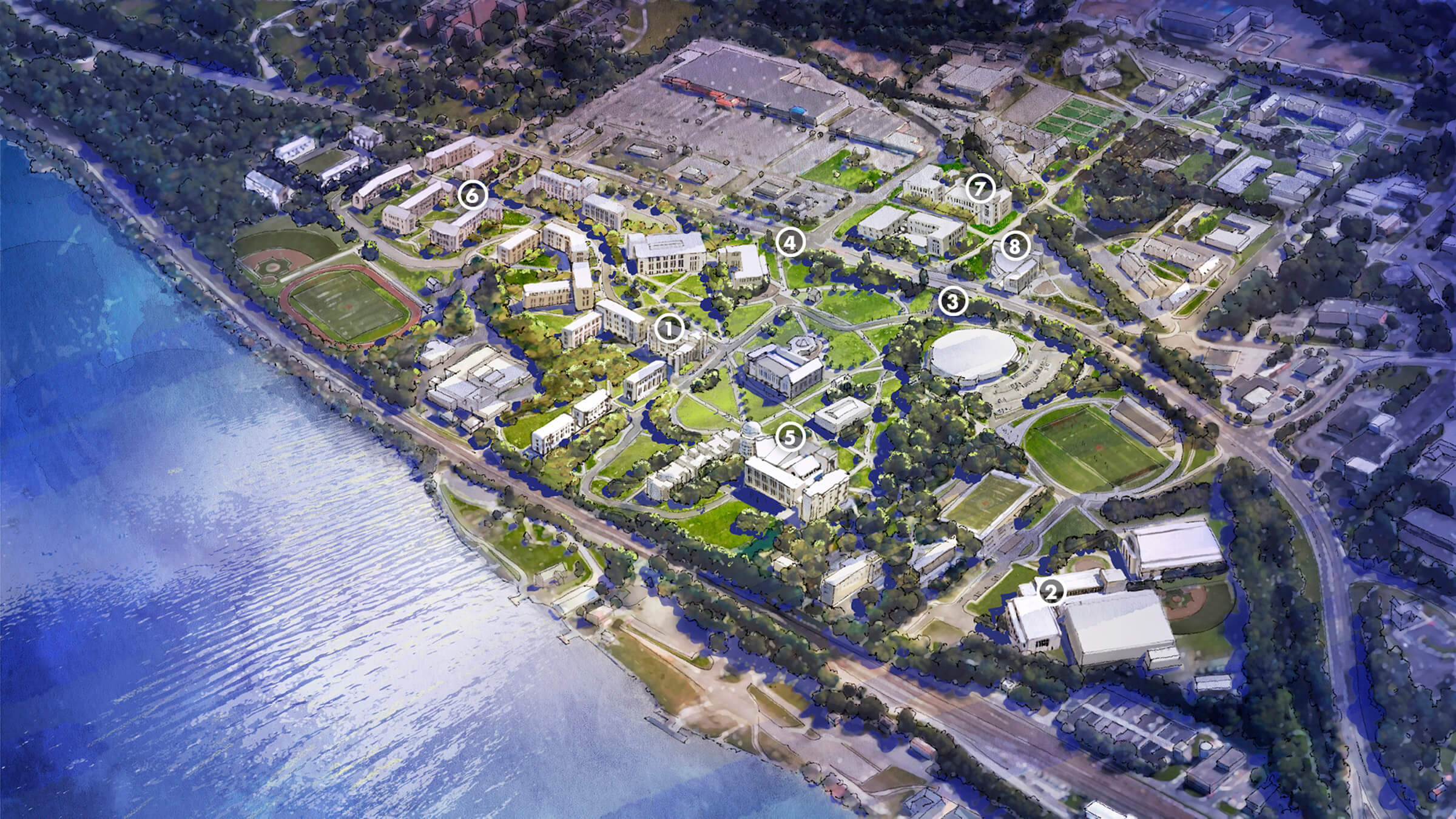