In the summer of 2017 we moved into two floors in a 1929 Park Avenue office building designed by York & Sawyer. Suggesting a classical villa inside a 21st-century loft, our two floors of offices are connected by a sweeping stair. Each floor is bisected by an axial gallery lined with drawings of past projects. A library, which is the visual symbol and the intellectual core of our approach, is an interpretation of Michelangelo's Laurentian Library in Florence. In contrast to these figural spaces are open neighborhoods of studios and a flexible "war room" with rolling partitions enabling design teams to be reconstituted on an ad-hoc basis. A "commons," serving alternately as a lunch room, an impromptu meeting space, an occasional classroom, and a room for cocktail-hour gatherings, is outfitted as a gallery celebrating our firm's commitment to hand drawing; it opens to a planted terrace facing Ely Jacques Kahn's 1928 Two Park Avenue with its bold polychrome geometric terra cotta ornament by the ceramist Leon Victor Solon. 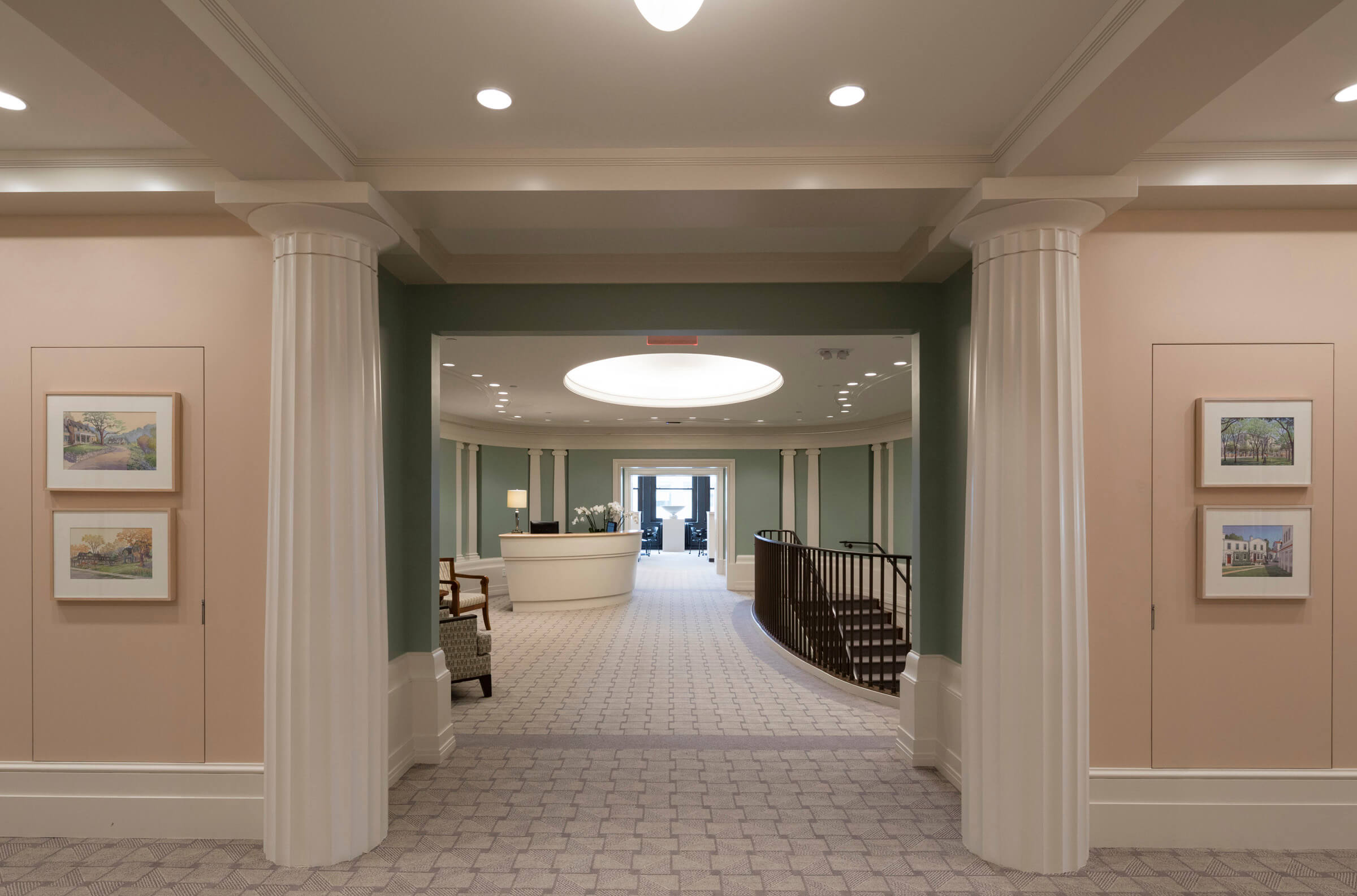 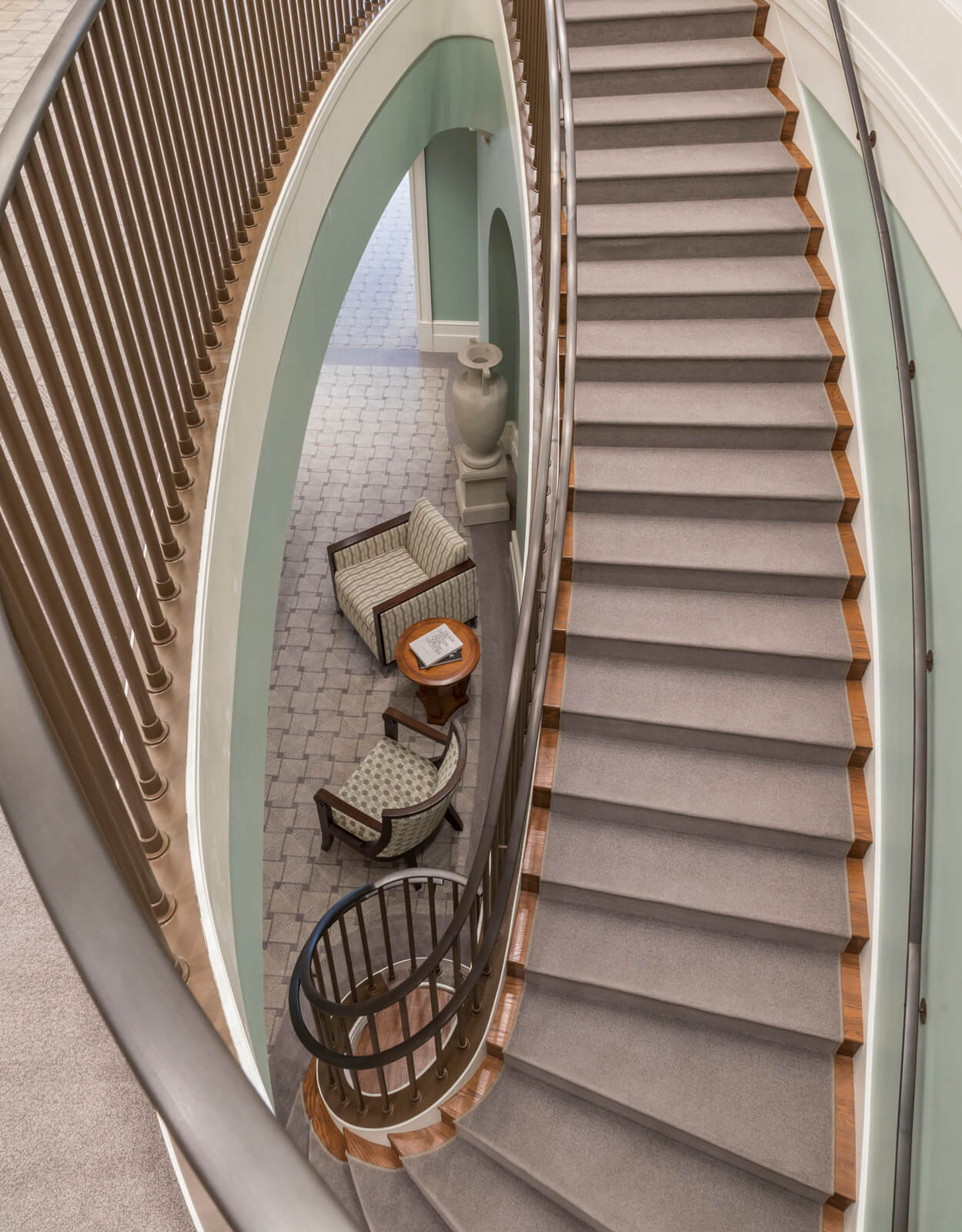 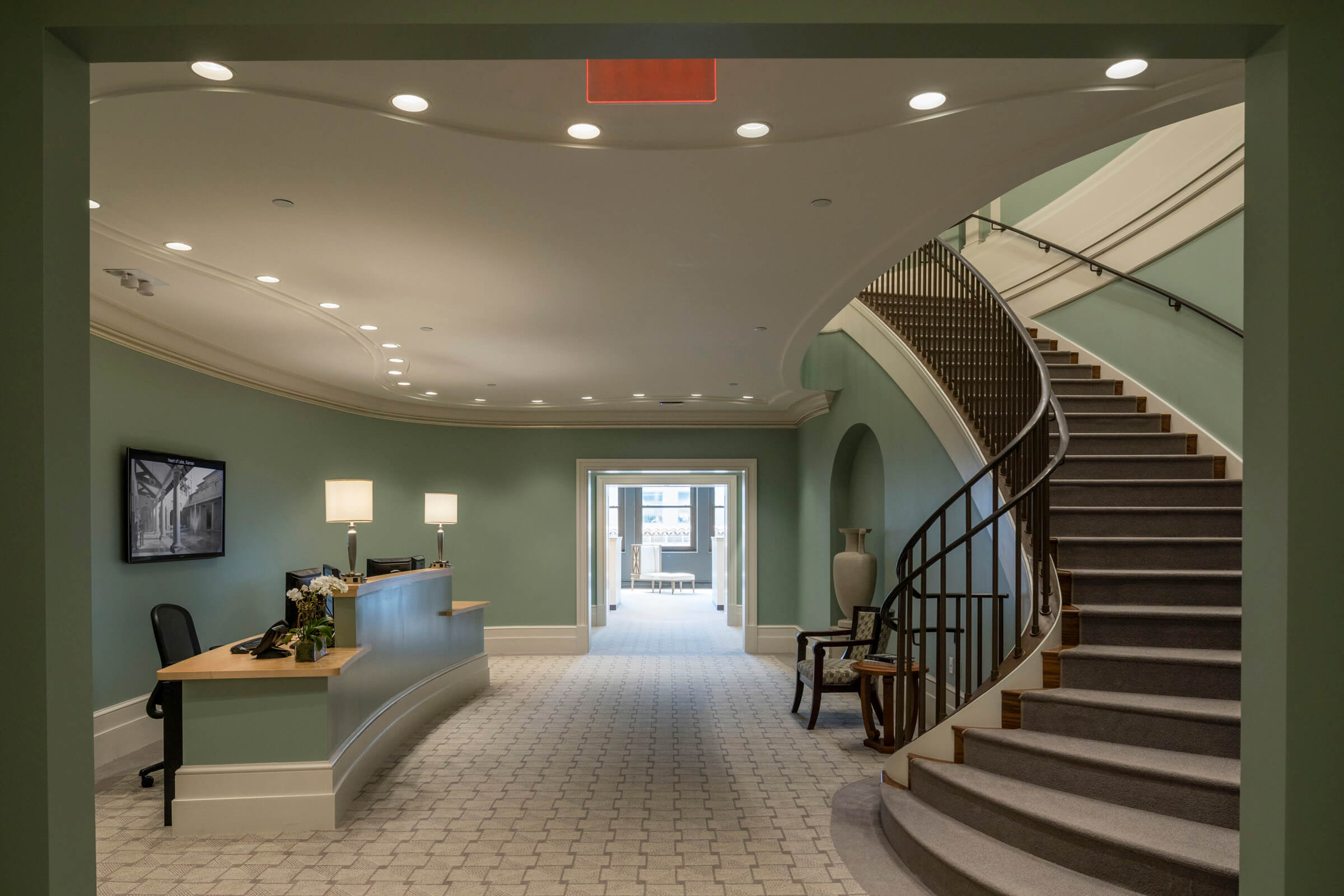 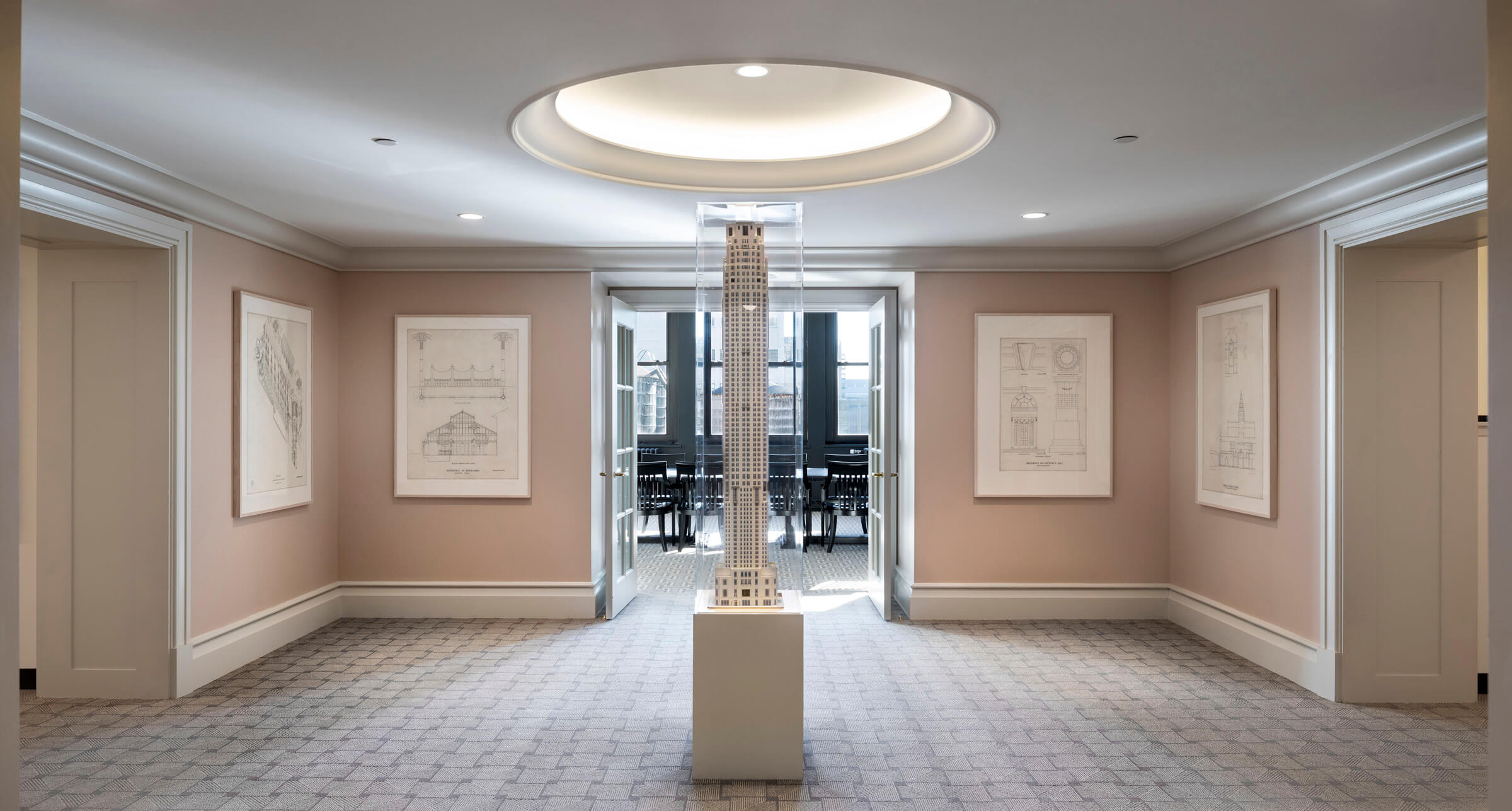 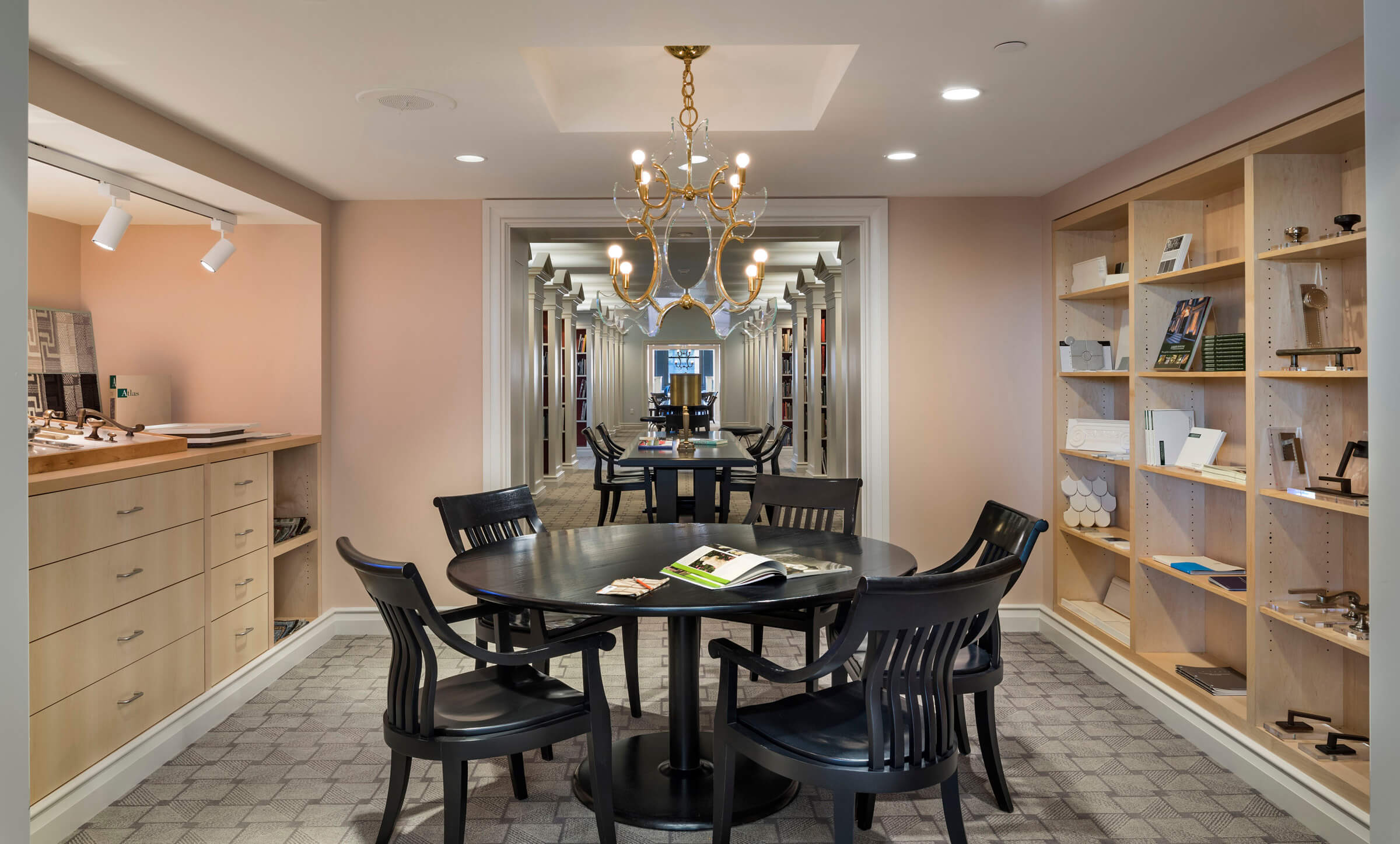 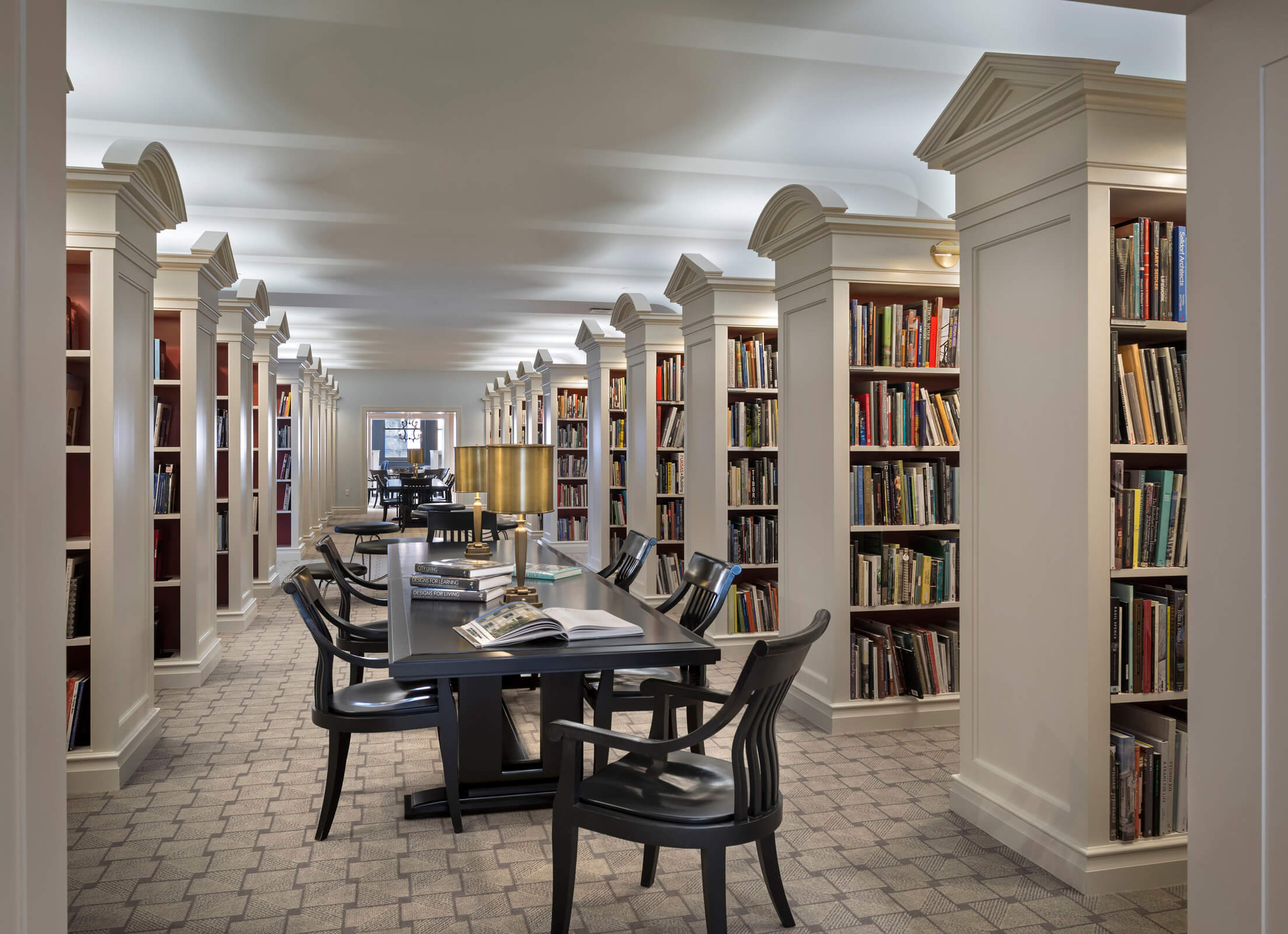 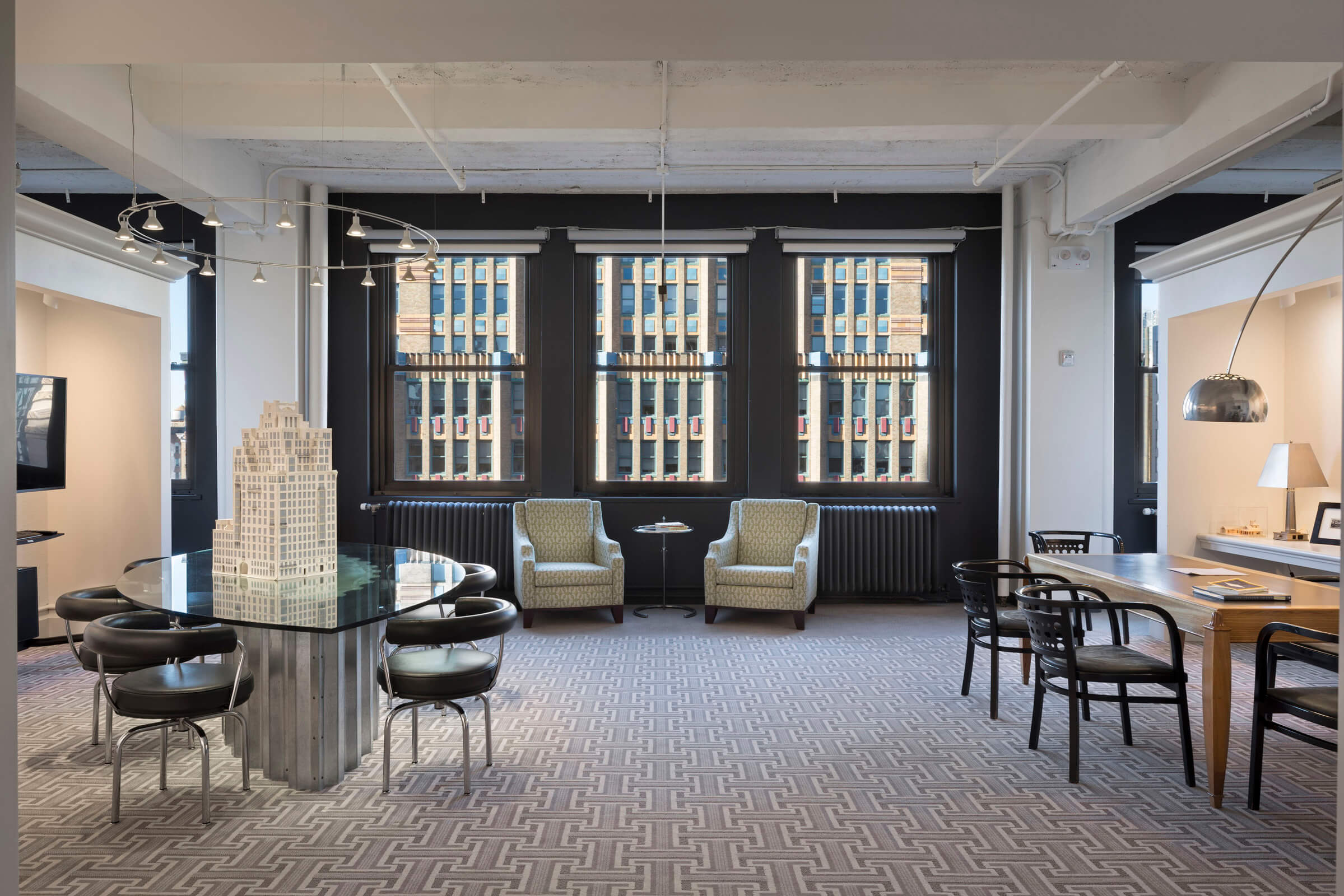 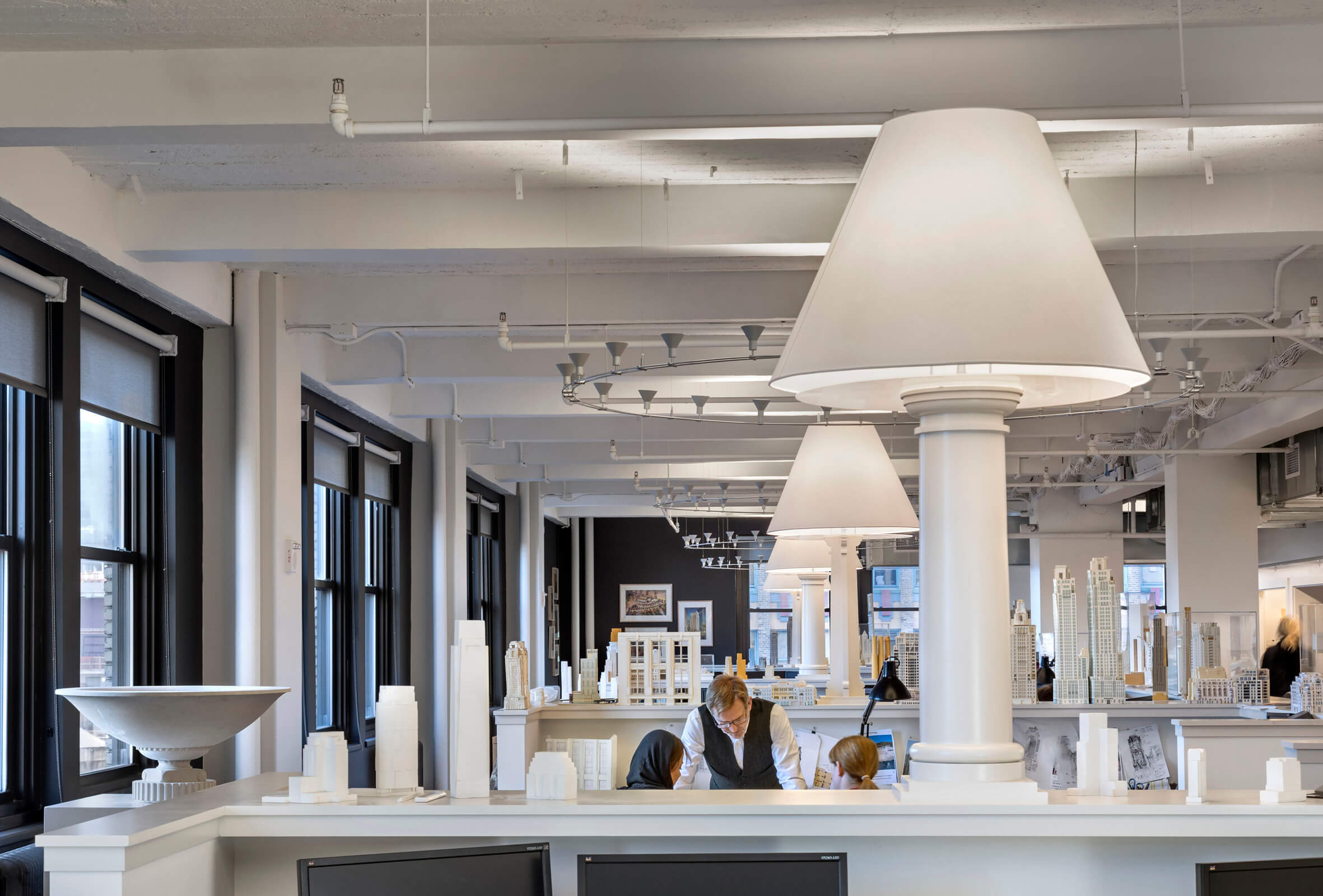 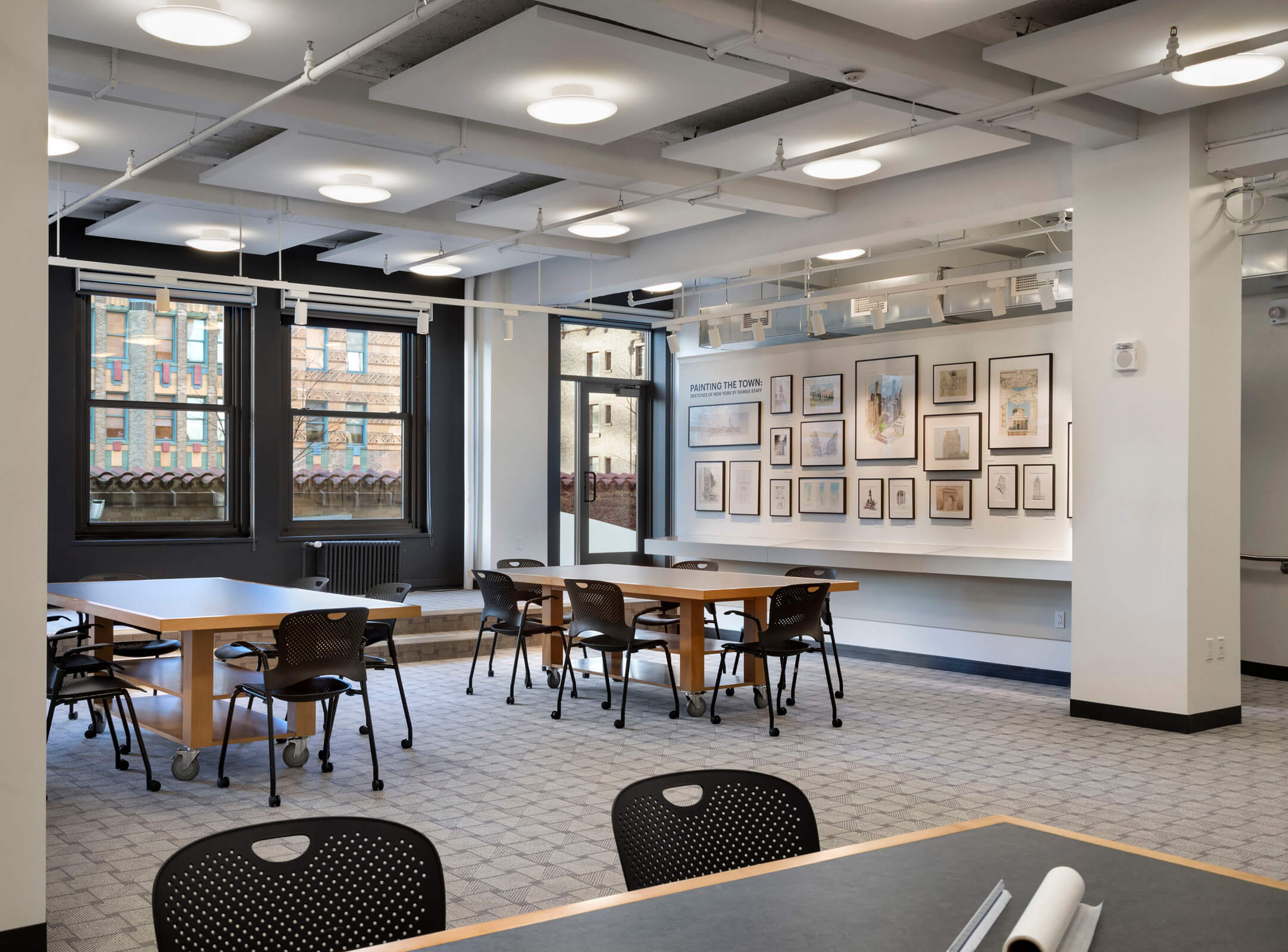