South of the eighteenth century town center, Edgartown harbor broadens to become Katama Bay which is bounded on the east and west by the more rural environs of Chappaquiddick Island and Katama respectively. The site of this house is a strip of land which runs from the road to the western shore of the bay and enjoys lovely views of the bay and Chappaquiddick. The winter winds prevent the landscape from growing very tall and the bay side houses – many of them built as modest camps that have been improved over time – are also low.

In designing the house we both desired, and were required by local restrictions, to give it a low profile. From the entry, or landside, the central Cape-style house form is extended by the addition of service and guest wings into a more rambling shingle style composition. From the bay side, a covered porch extends across the length of the first floor and terminates in a round gazebo to the north and in hipped roof screened pavilion to the south. The second floor bedrooms are fully below the gambreled roof and have gabled and shed-roofed dormers which open onto the harbor views.

Inside, the living room is at the center of the first floor plan flanked by a paneled study to the north and dining room to the south; together these rooms form a sweeping enfilade. The detailing is based on nineteenth century precedents from the region. Following the same precedents, the walls were all painted in off-white tones and the trim and architectural detail is in hues of blue, green and putty.

Set back from the main house and the harbor is a guesthouse. The design of this house eschews the more complicated massing of its neighbor and is a single gambrel roofed mass; the gambrel end with its second floor oriel window, looks toward the harbor.

Throughout, the design of the landscape, the interiors, and the architecture keeps one foot in its rural Katama surroundings and one foot in Edgartown, its fancier up harbor neighbor. 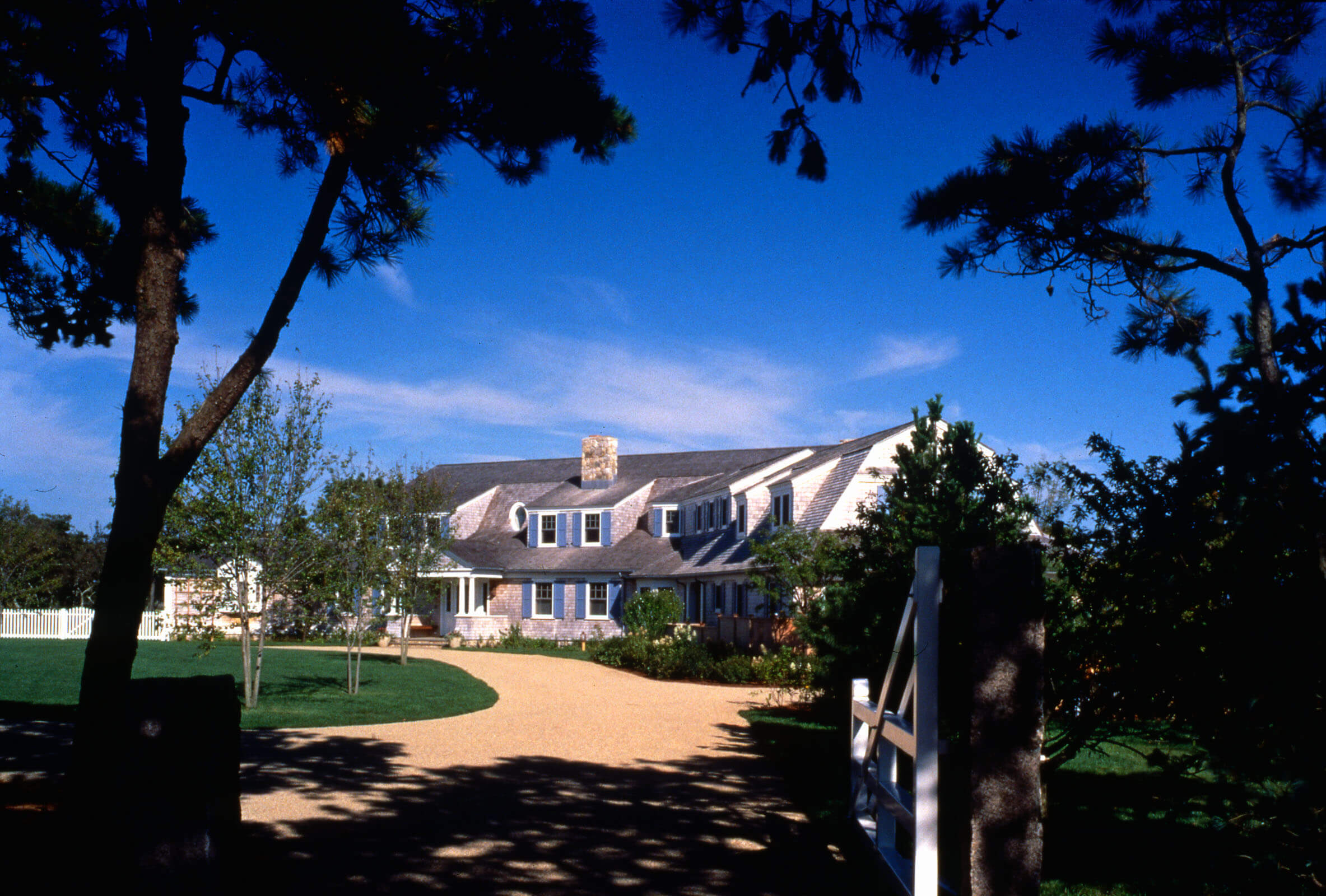 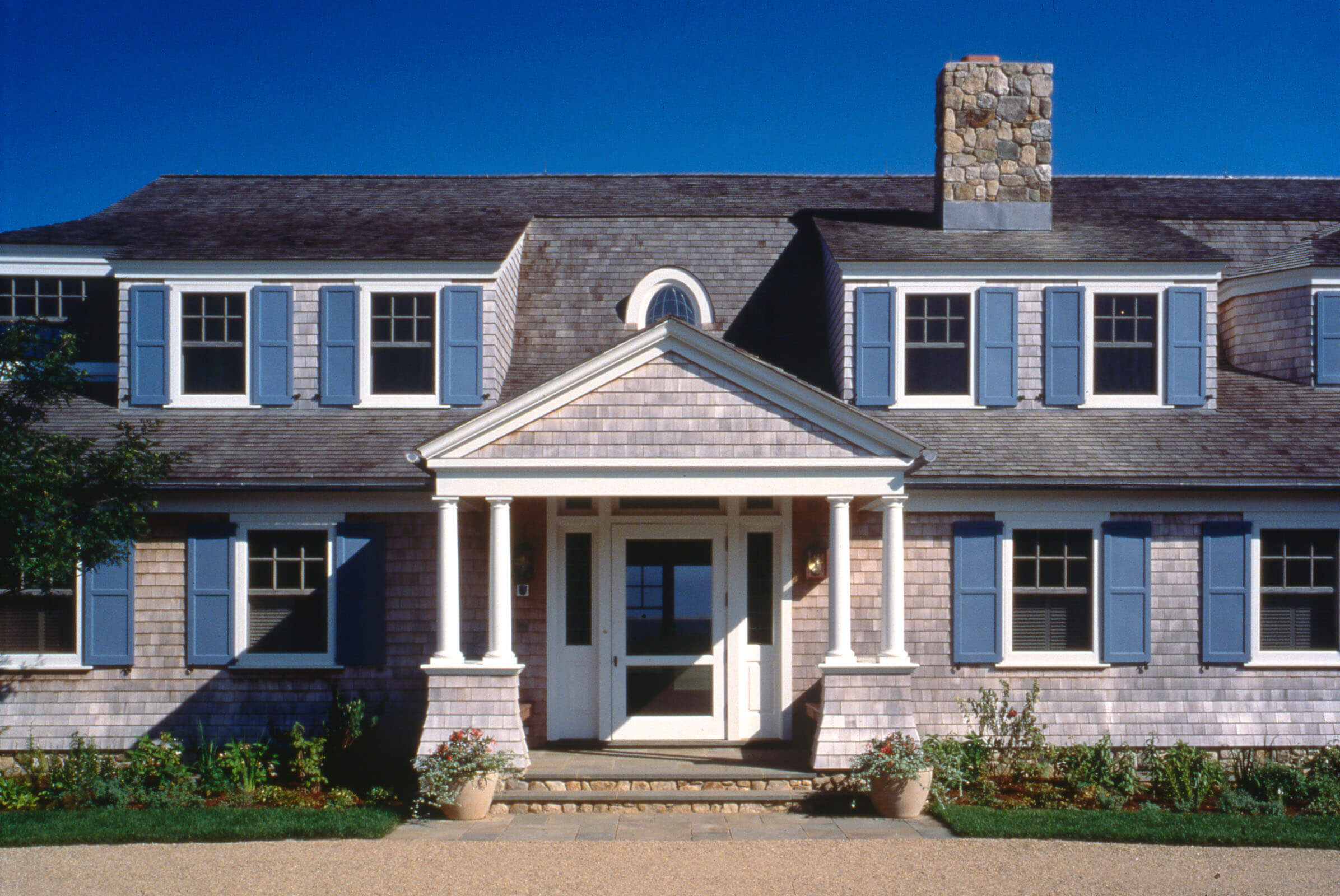 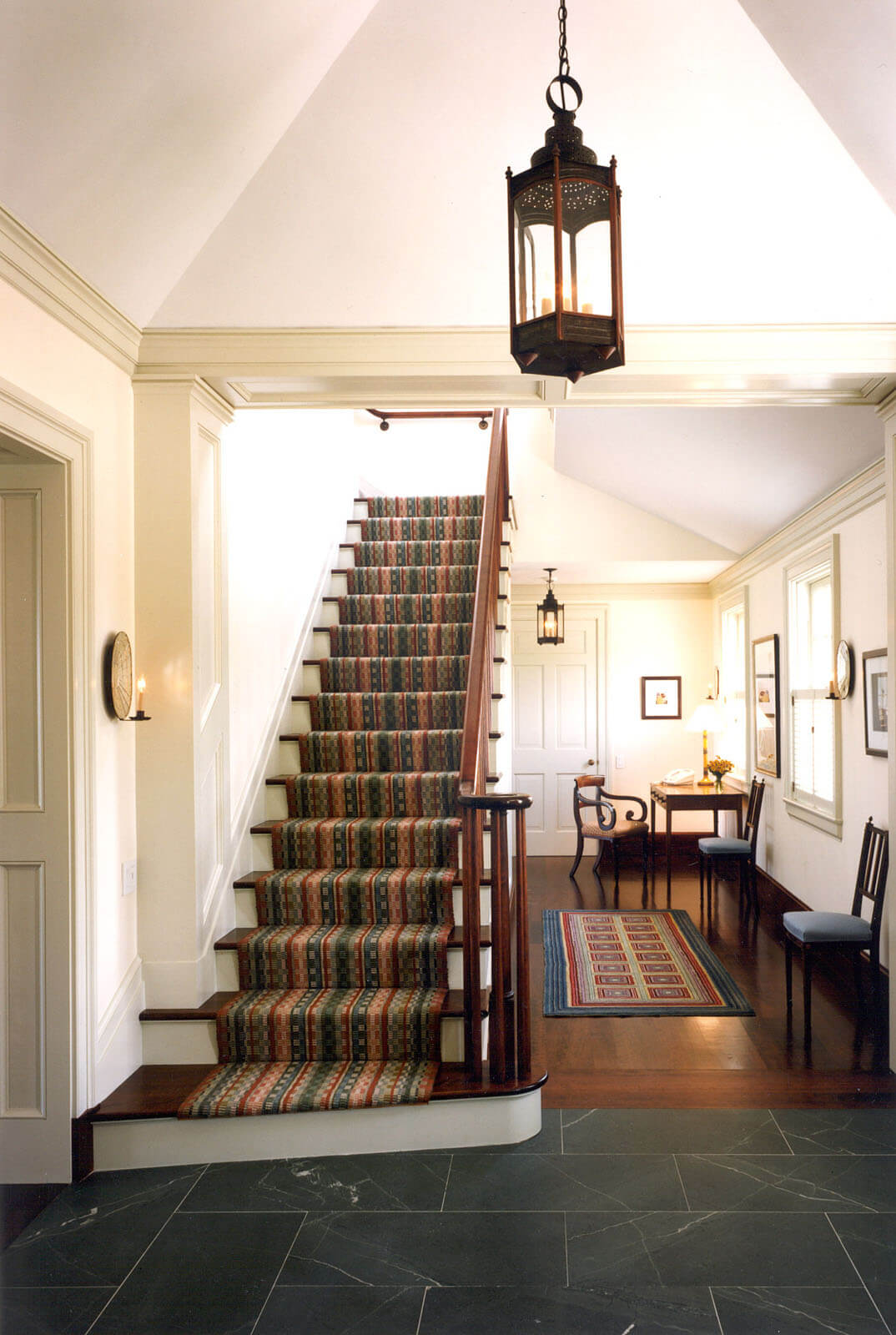 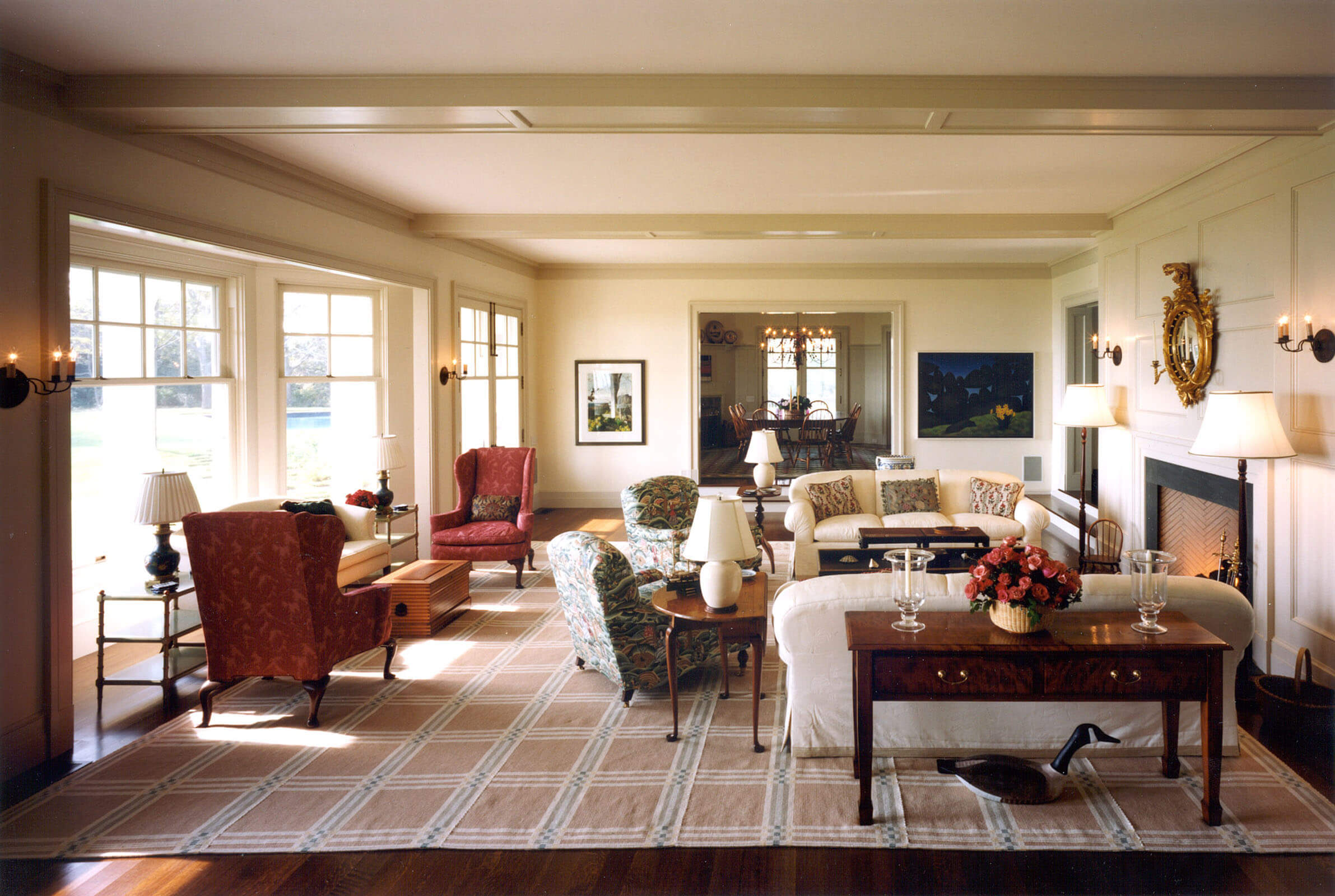 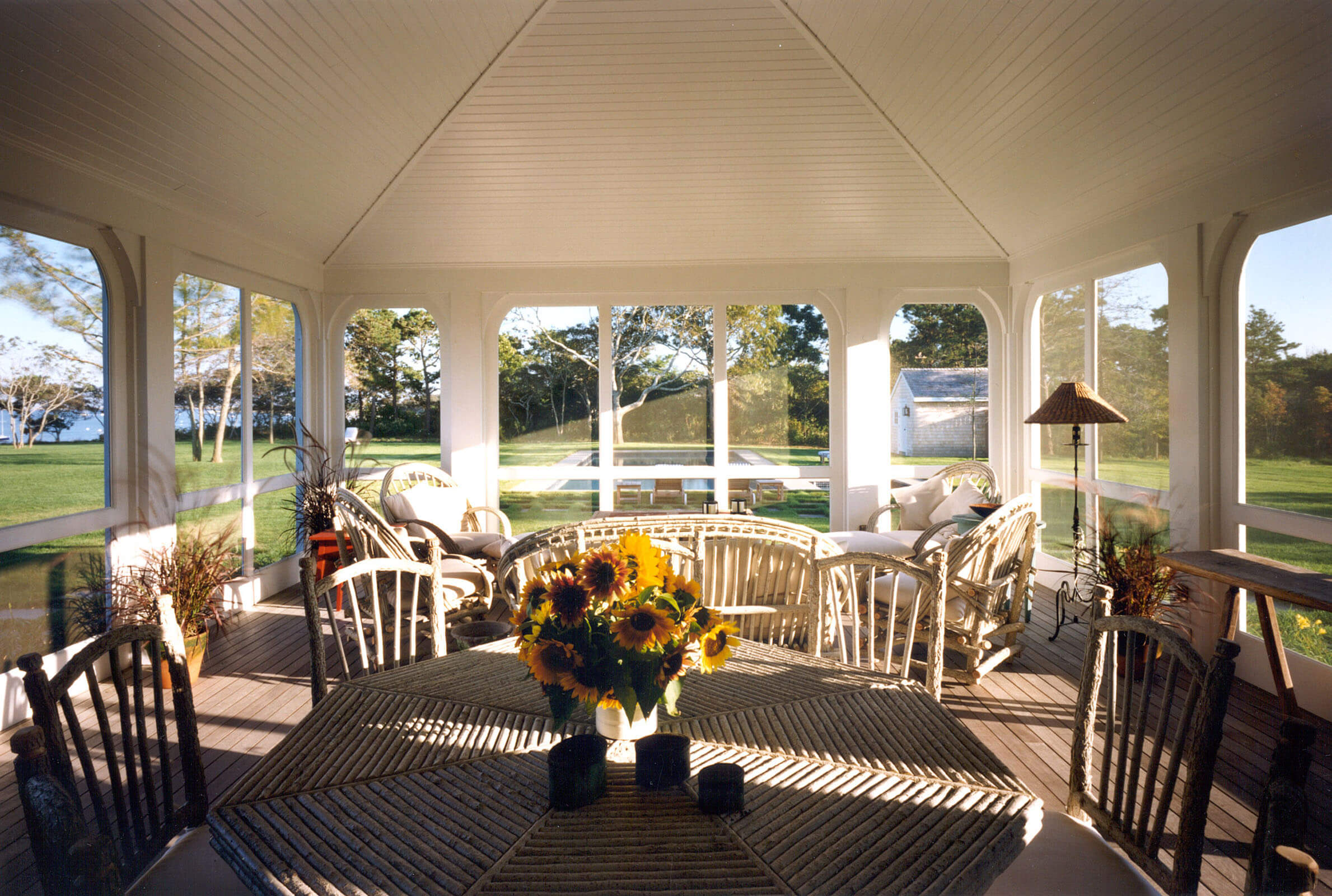 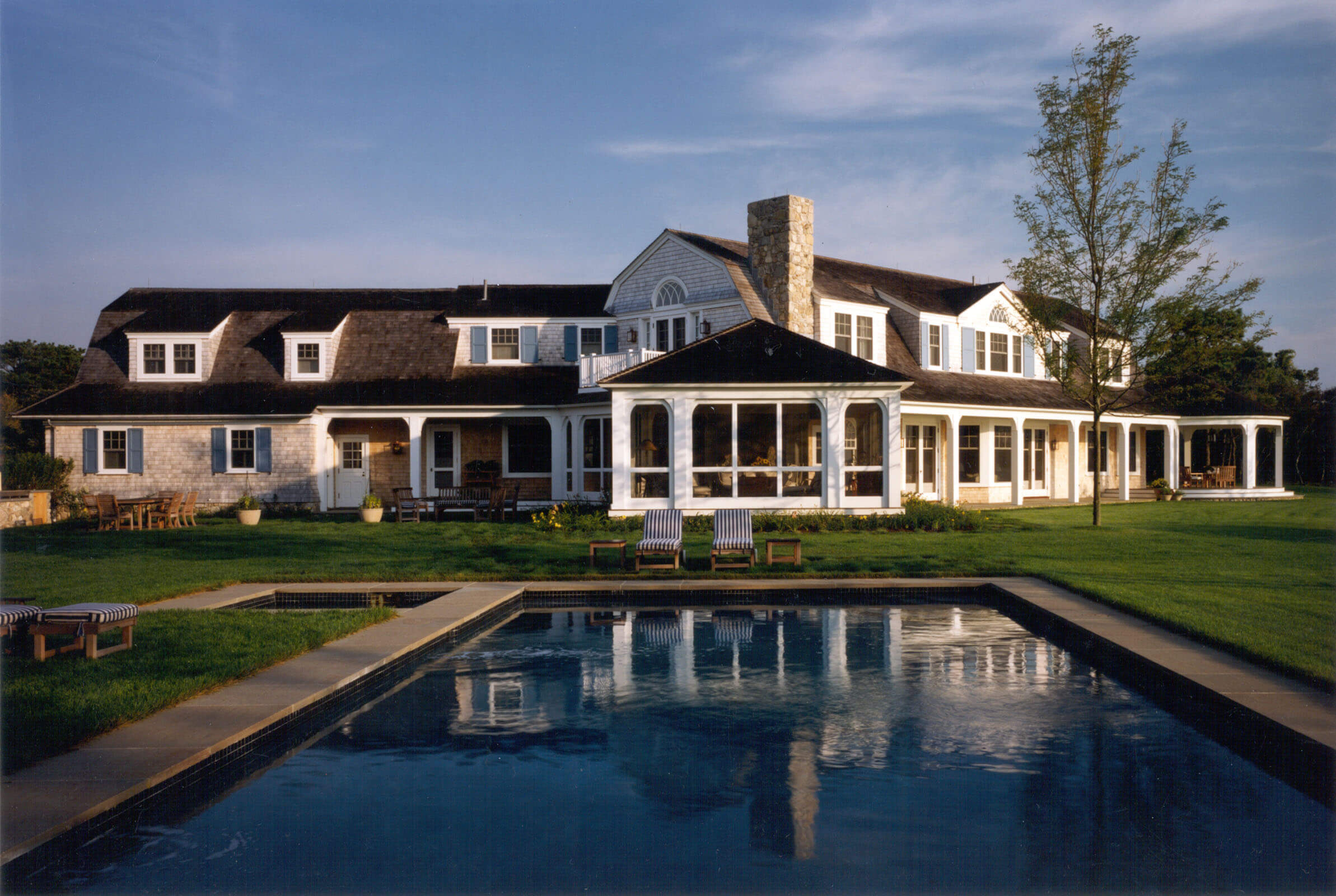 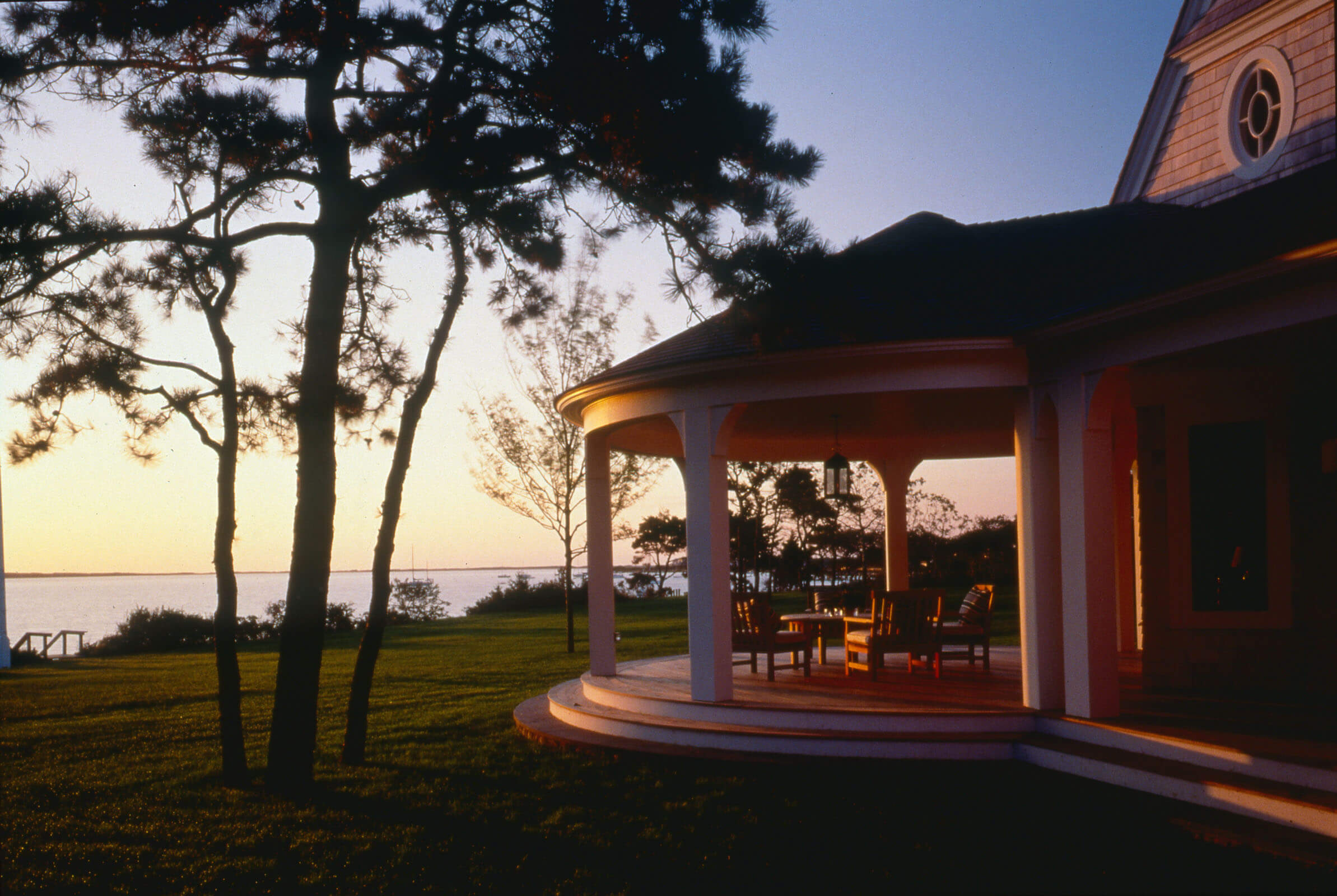 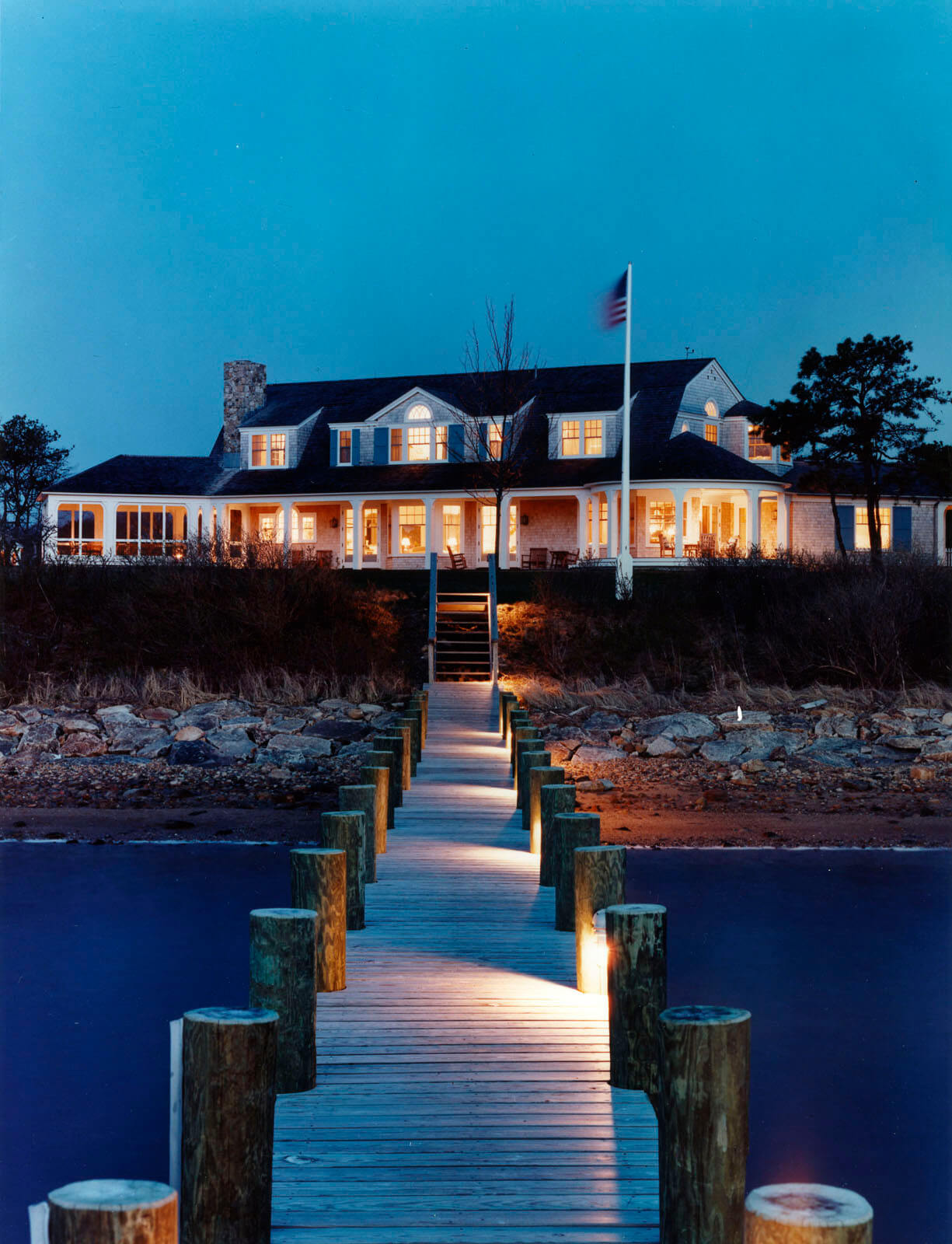 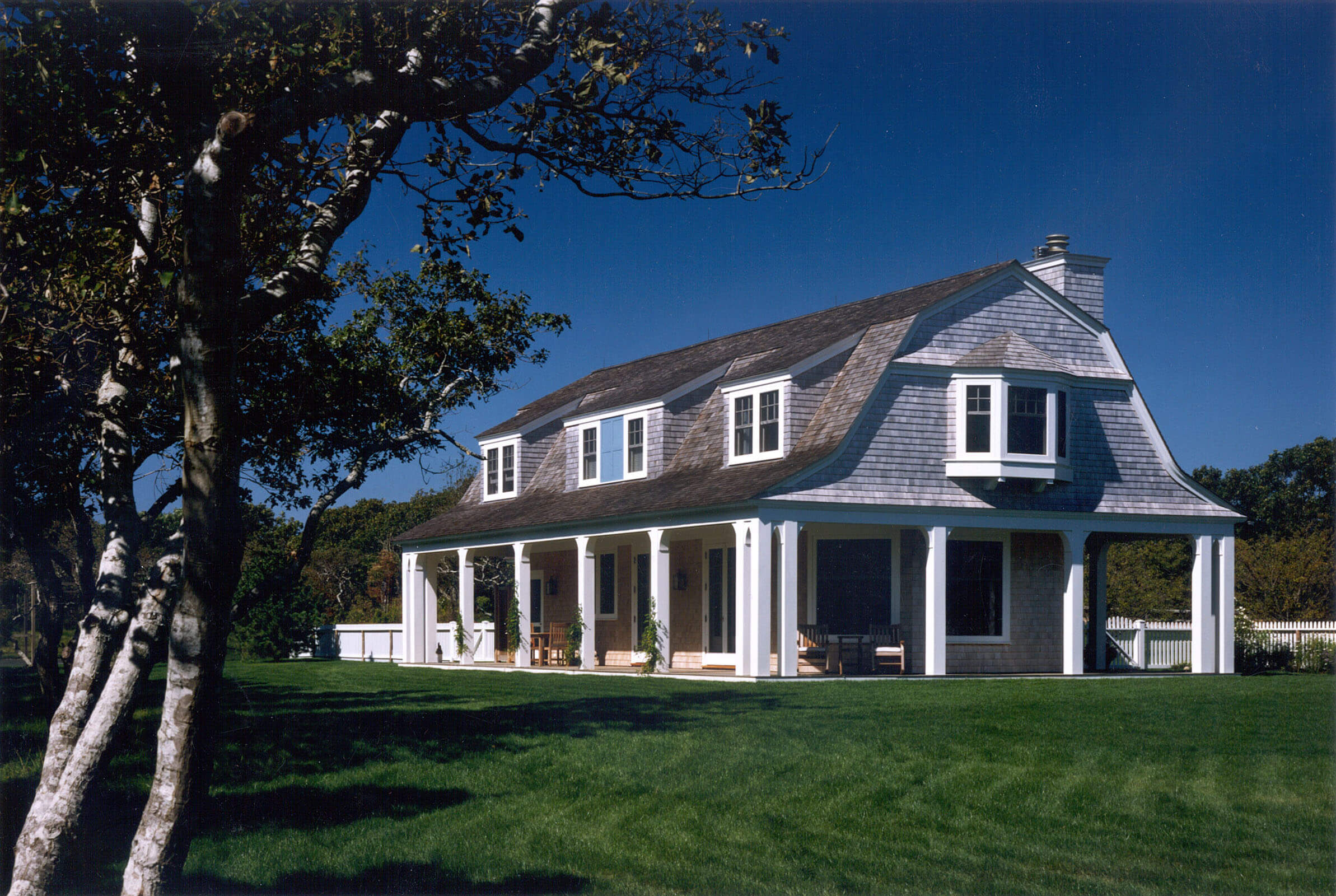