Working in the first half of the twentieth century, architects Emil Lorch, Pond & Pond, and Albert Kahn designed such buildings as the Union, the League, and Lorch Hall, creating a rich tapestry of deep red brick, stone, and slate to shape arcades of flattened arches, grand engaged colonnades, and landmark towers. Just as we did in designing Weill Hall (2006), which now constitutes the southern gateway to the main campus, we looked to this tradition as we approached the design of the North Quad in order to shape a new university environment where living, learning, and academic support coexist on a full block anchoring the northwest corner of the main campus.

The North Quad accommodates 360,000 square feet of offices and meeting rooms for various academic departments, classrooms, laboratories, residential suites for students, dining, and social spaces on a tight urban site where the University meets the surrounding town. To mitigate the project's density, the buildings are arranged around interconnected courtyards. Welcoming plazas at the northwest and southeast corners of the block open up the quad to its surroundings. To the west, a café and gallery spaces pick up the vibrant retail rhythm of State Street. Along Huron Street, the preserved facade of the Carnegie Library is incorporated into the residential building. At the corner of State and Huron Streets, a broad plaza dramatically welcomes the community to the campus from downtown Ann Arbor.

The North Quad rises in a counterclockwise spiral from the dining hall, with its large bay windows overlooking Rackham Green, to the boldly shaped tower at the southeast plaza, balancing the mass of Rackham Hall. The tower, visible from as far away as the Diag, terminates the axis of South Thayer Street, thereby constituting a new icon on the University's skyline. 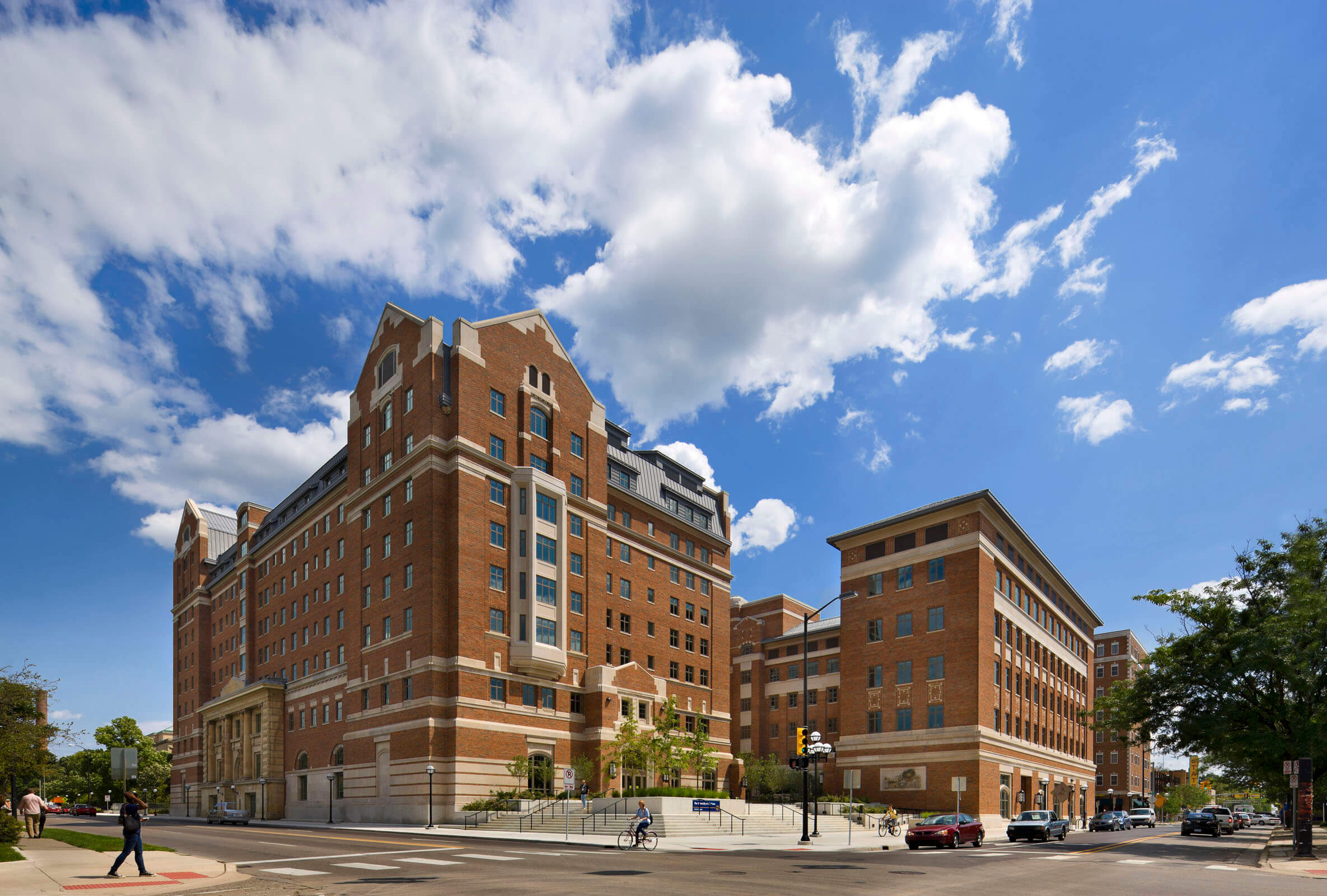 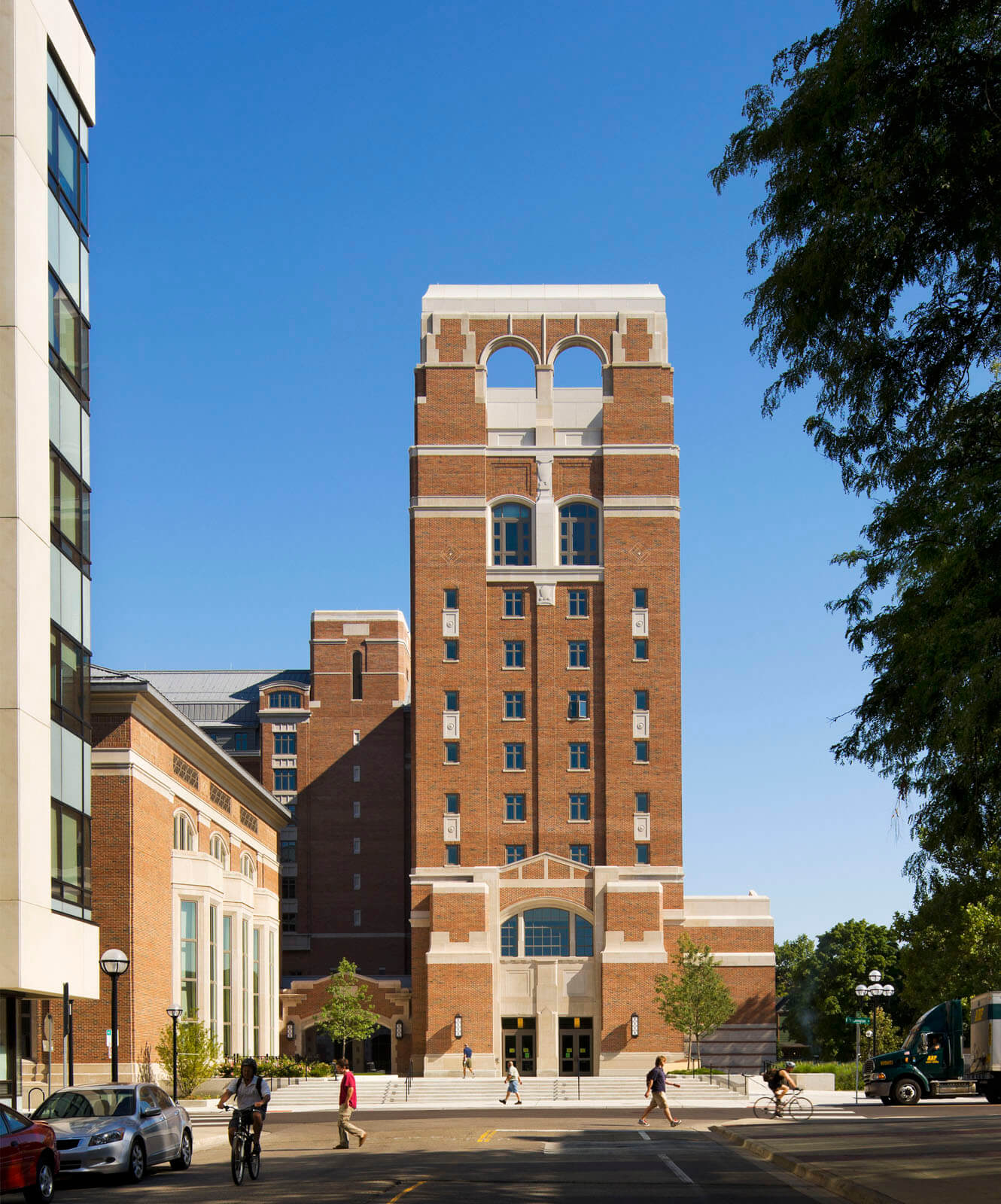 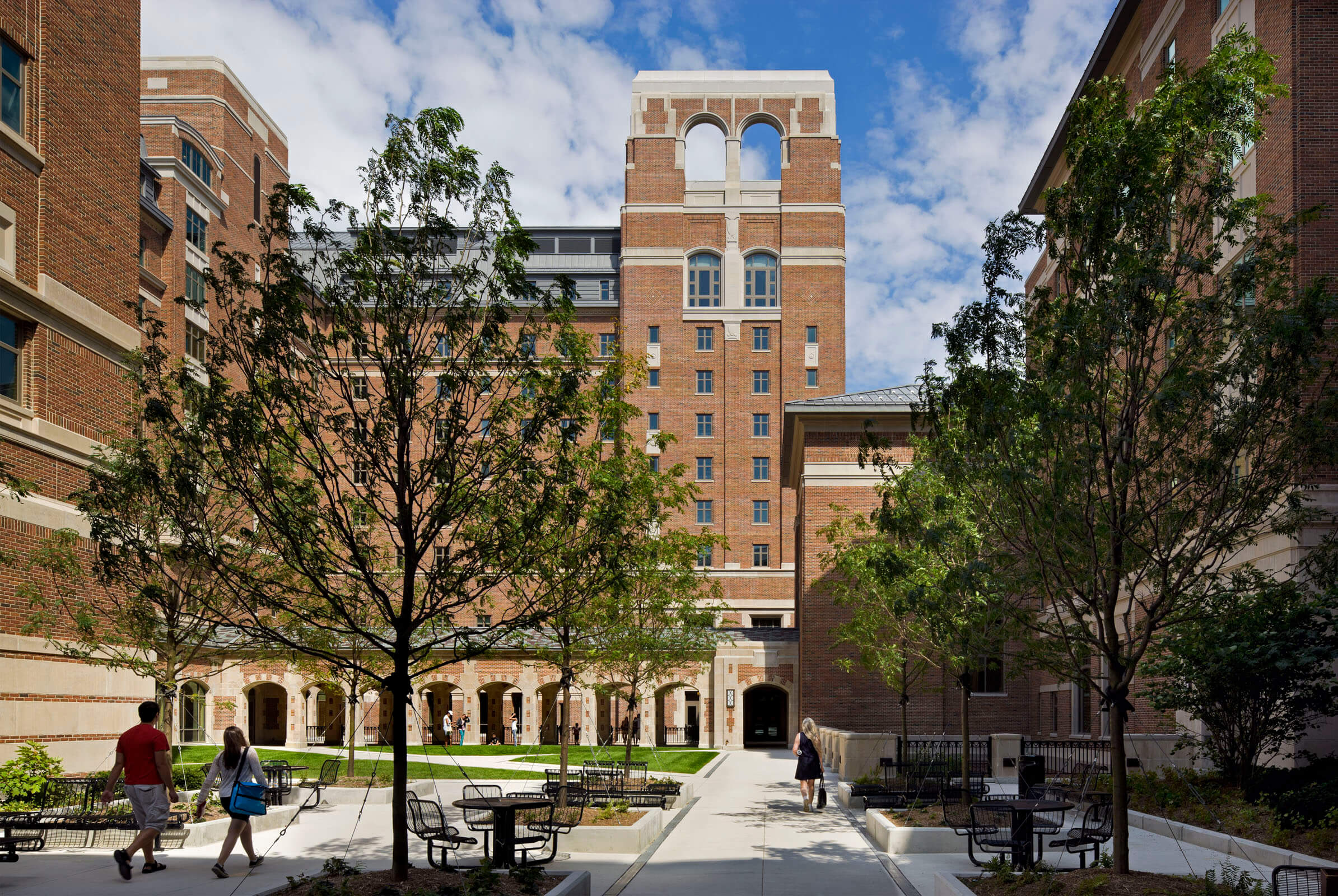 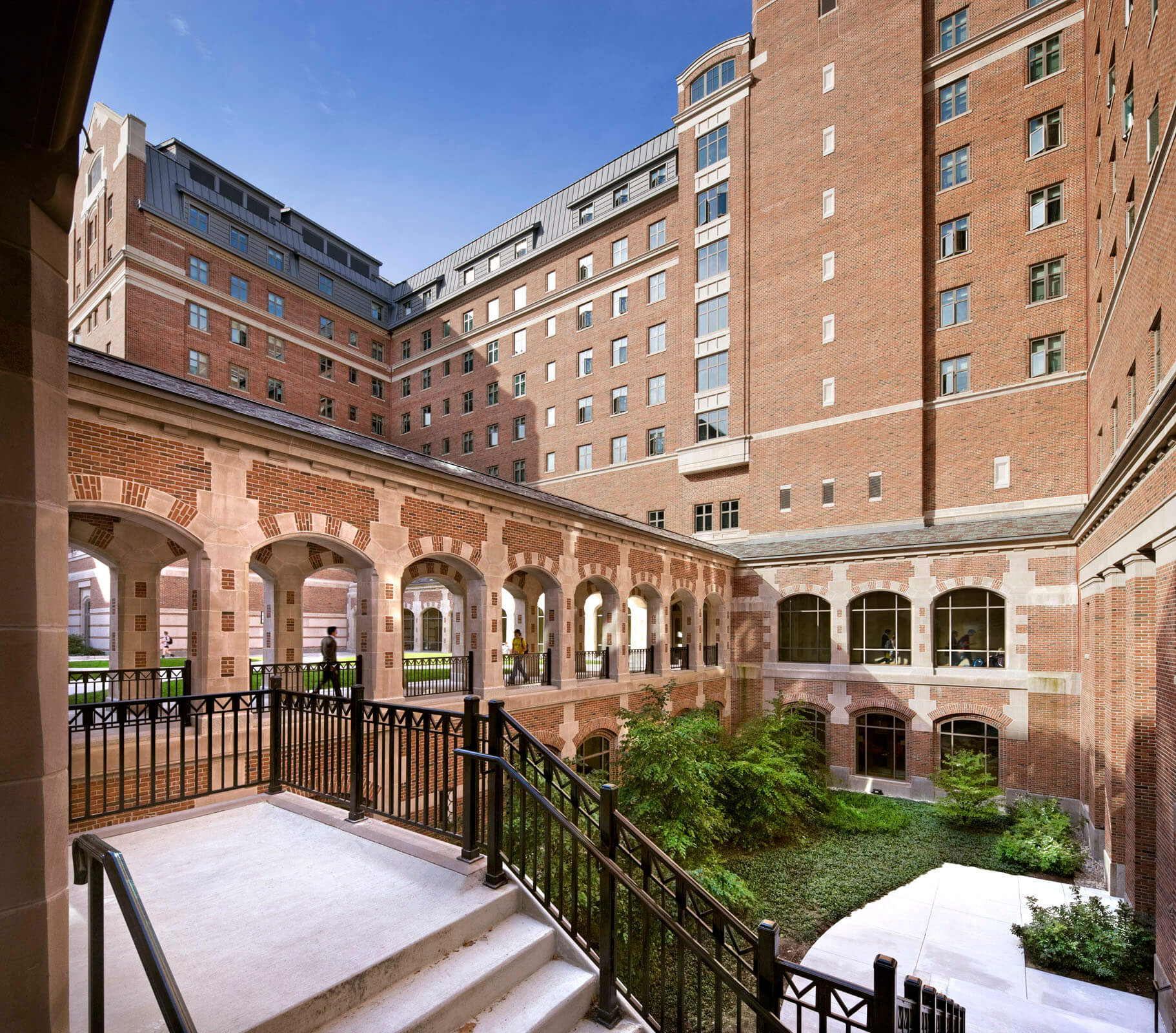 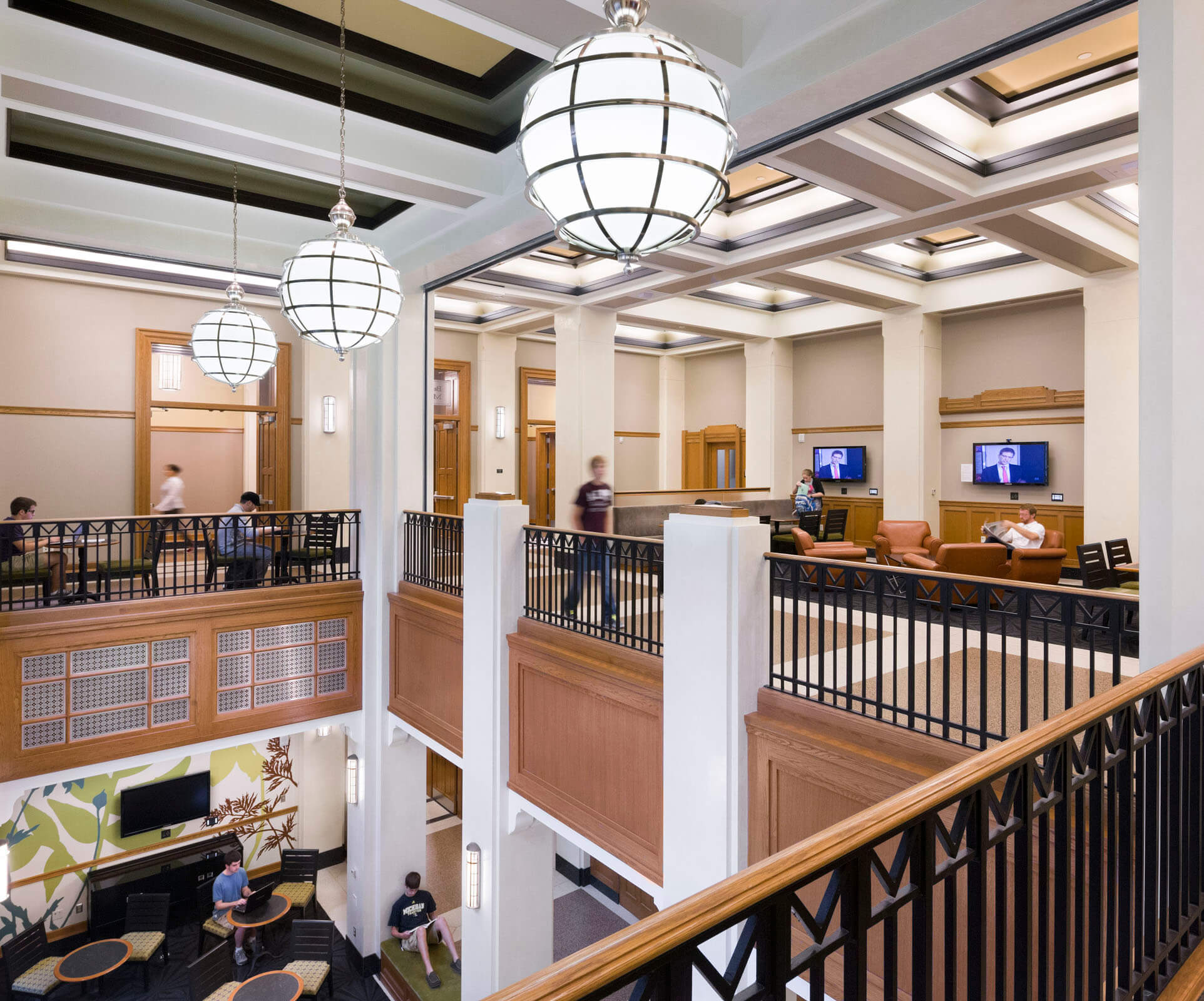 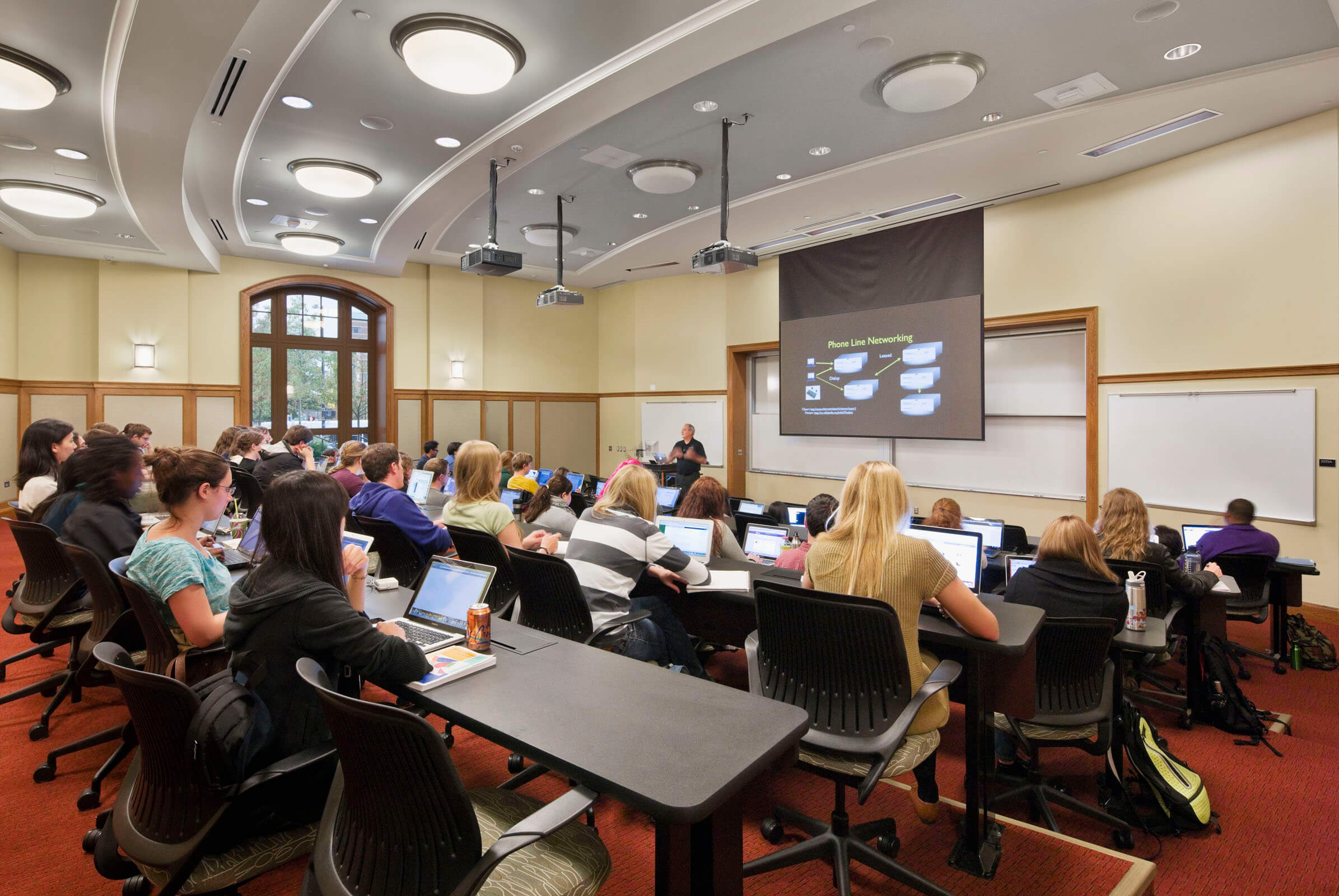 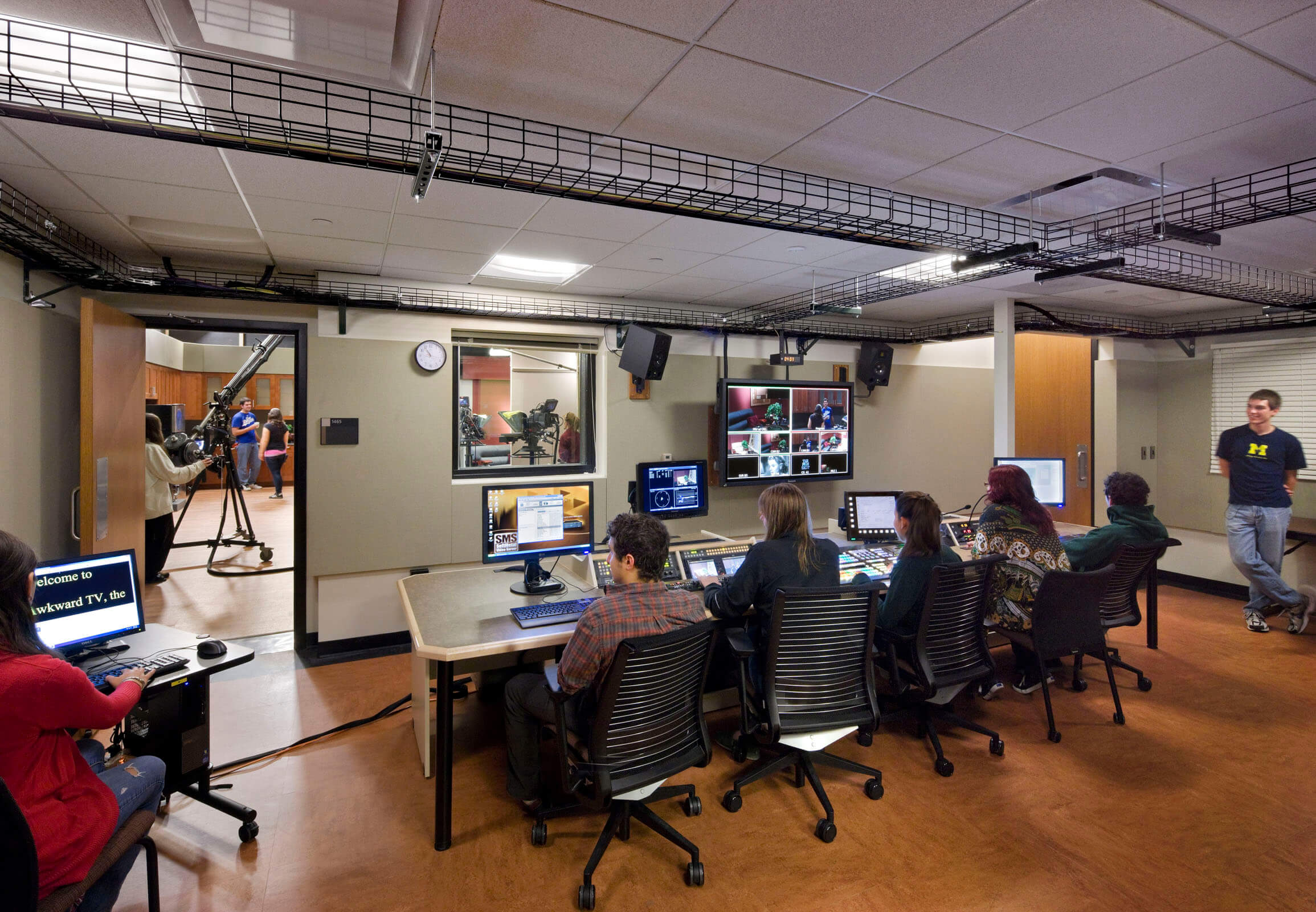 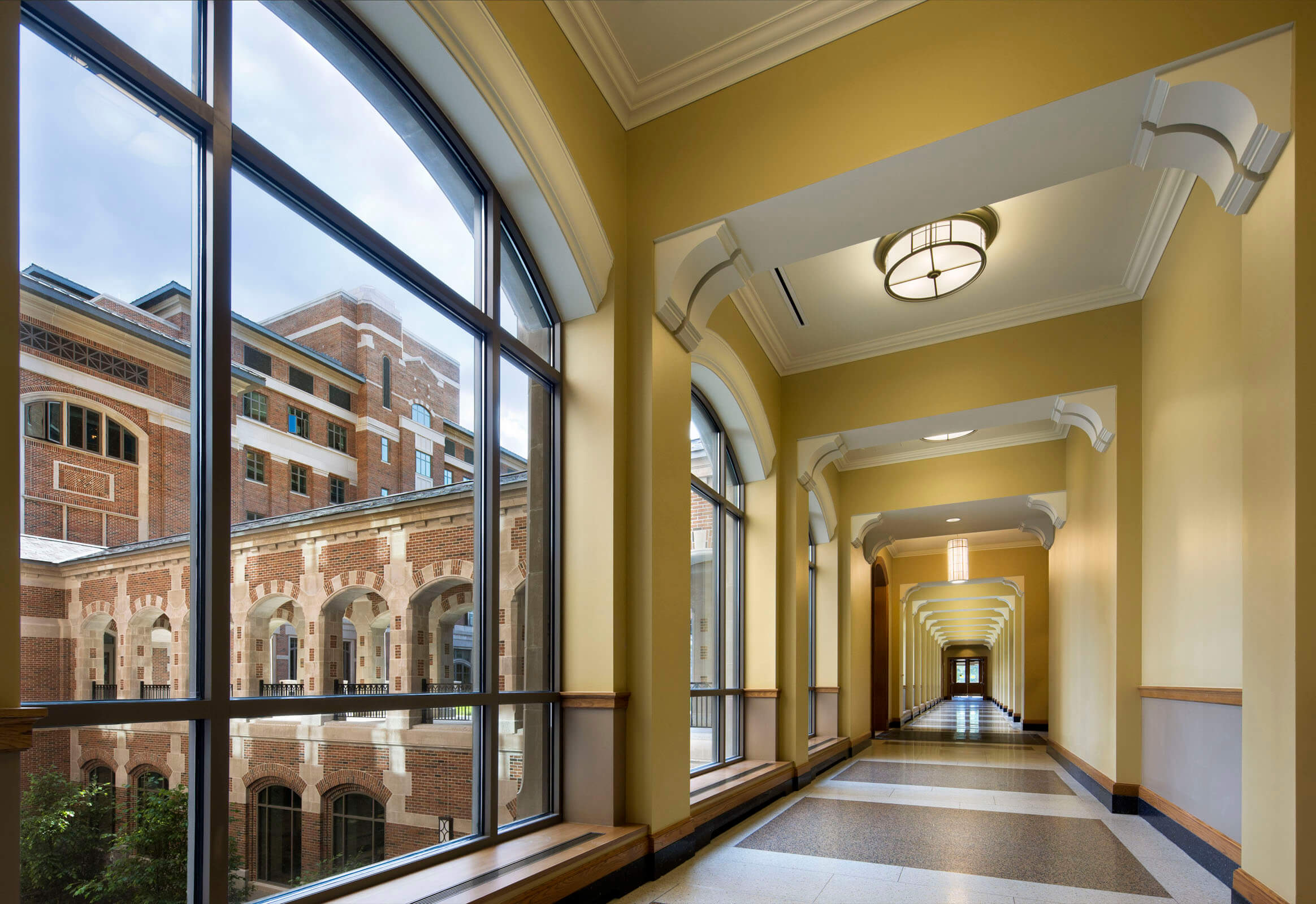 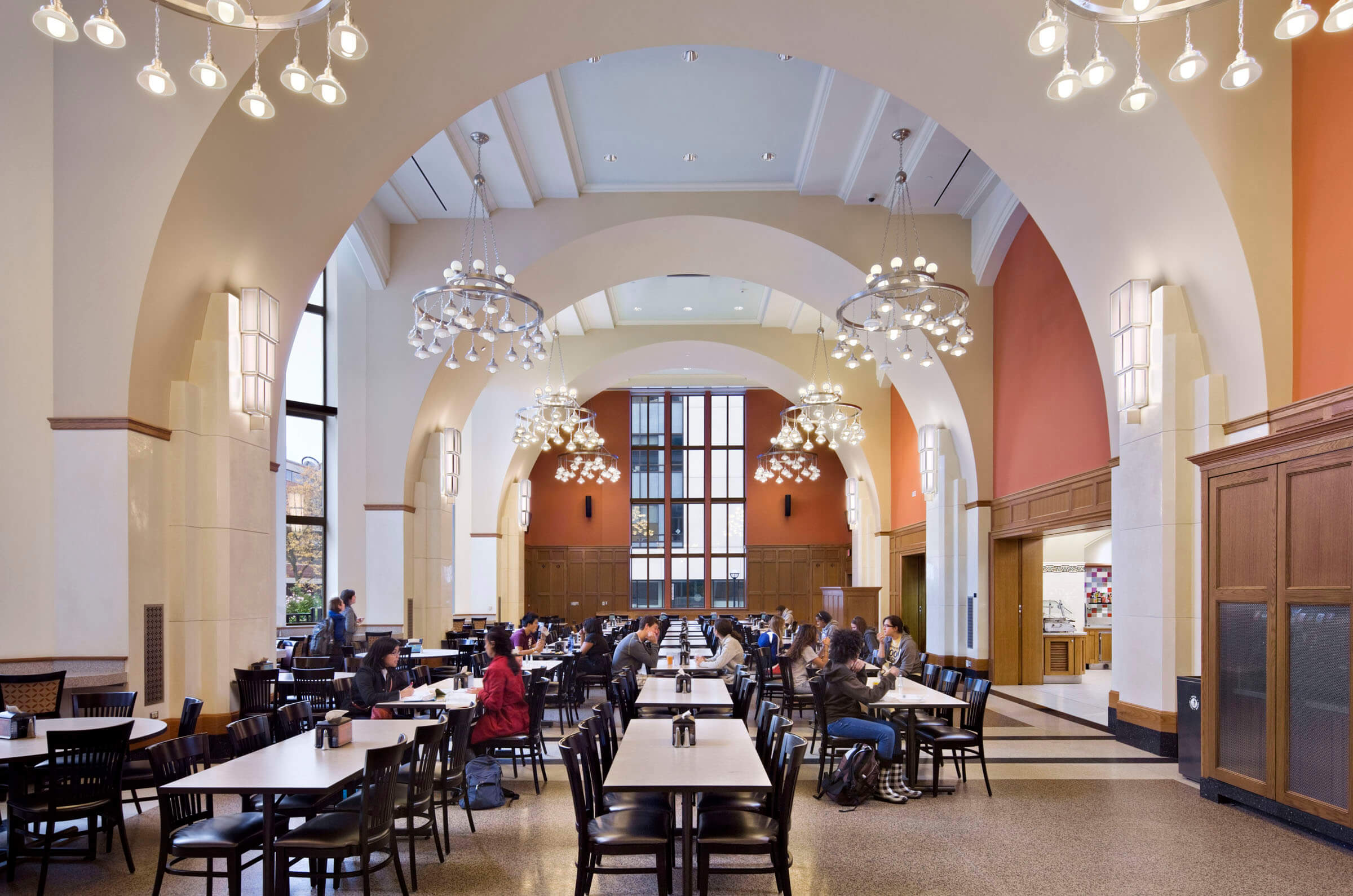 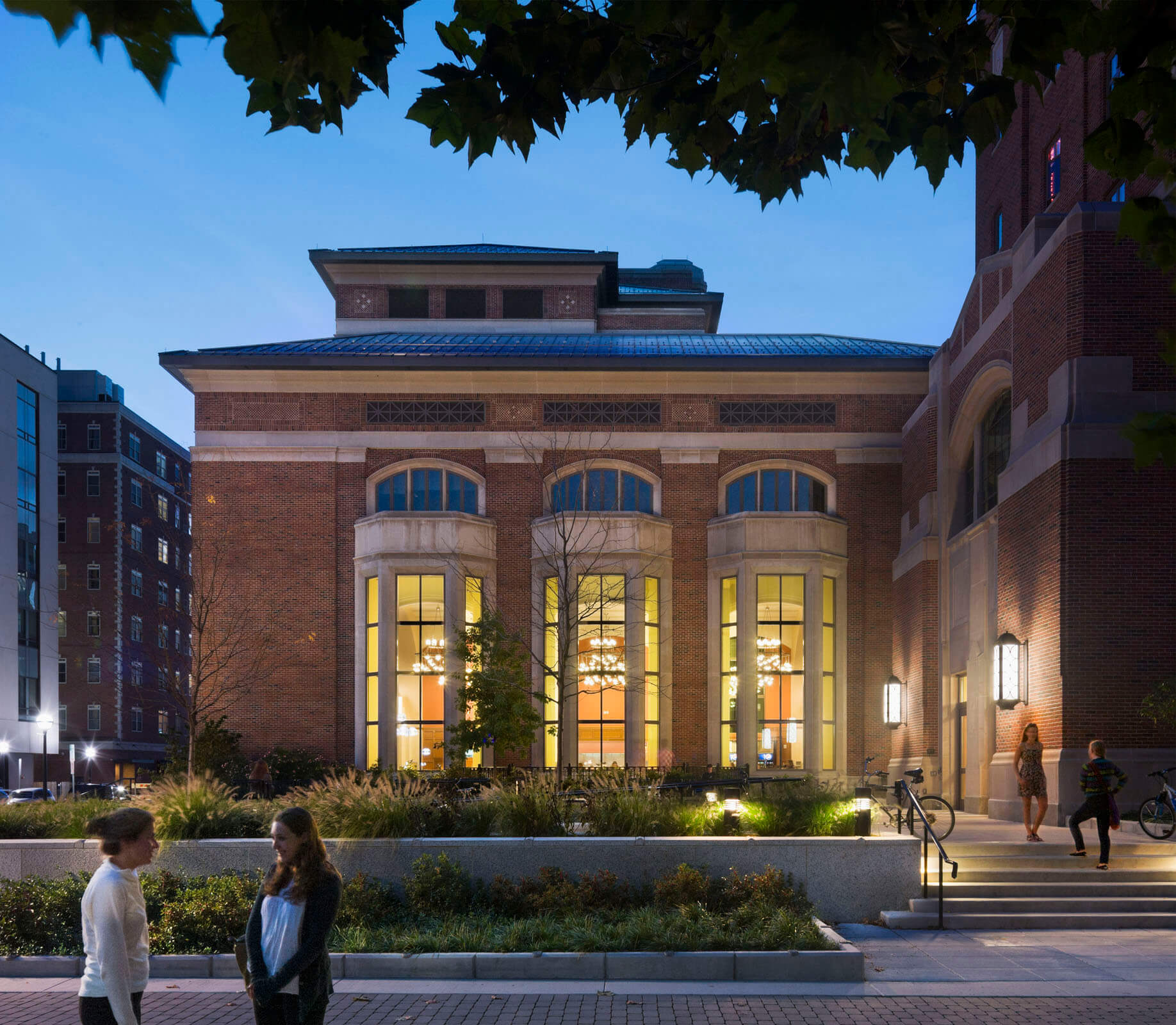