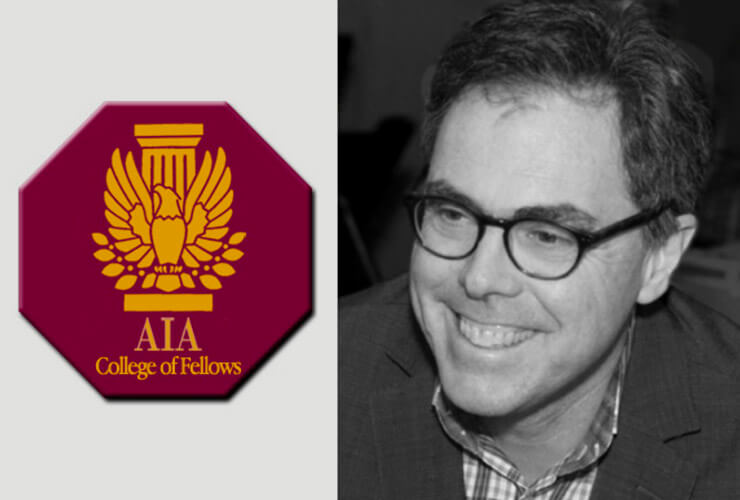 Today the American Institute of Architects announced the election of Alexander P. Lamis to The College of Fellows. Mr. Lamis joined Robert A.M. Stern Architects in 1983 and has been a partner since 1999. His work reflects the continuity of our culture through the proliferation and preservation of our shared national heritage while embracing technological change and the imperatives of sustainable design. As a partner and studio leader, Mr. Lamis's architectural work includes the design of a wide range of buildings, including libraries, museums, and archives across the country, for the diffusion of knowledge and the preservation of artifacts. His designs for academic campuses have provided colleges and universities with dignified, well-organized spaces for study and research that capture the spirit and carry forward the architectural heritage of the communities they serve. Through his writings and public speaking, Alexander Lamis has urged a balance between technological development and respect for the people and traditions in the places where we build. He has argued, along with Philip Johnson, that “we cannot not know history.”

The College of Fellows was developed to elevate those architects who have made a significant contribution to architecture and society and who have achieved a standard of excellence in the profession. Election to Fellowship not only recognizes the achievements of the architect as an individual, but also honors before the public and the profession a model architect who has made a significant contribution to architecture and society on a national level. By designing buildings that help us understand and interpret our past, Mr. Lamis has made important contributions to the future of America’s cities and institutions of higher learning. For more information about the announcement, please click here.

Congratulations to Mr. Lamis and all of the 2016 Fellows.