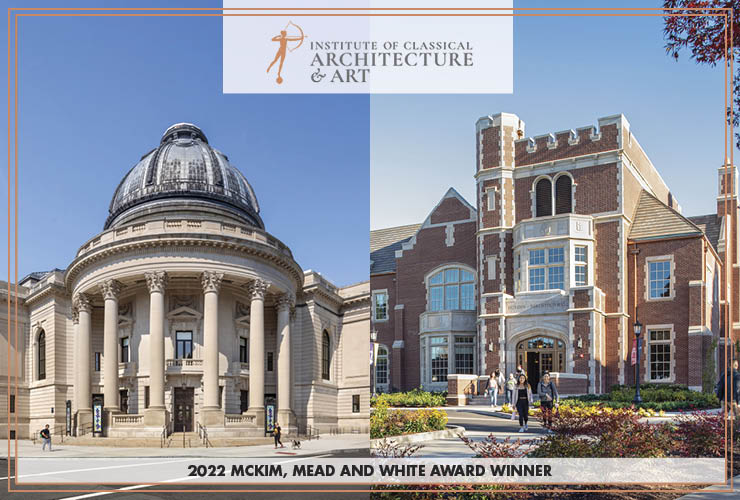 Yale’s Schwarzman Center transforms Carrère & Hastings’ historic Commons and three floors of the adjoining Memorial Hall—components of their 1901 Bicentennial Buildings—into a social hub for the university’s undergraduate, graduate, and professional students. The project team, led by Melissa DelVecchio, Jennifer Stone, and Graham Wyatt, capitalized on the Schwarzman Center’s location at the geographic center of campus by dedicating it to both cultural programming and student life, and outfitting the building with state-of-the-art technology that enables virtual engagement with the Yale community away from campus, as well as with the broader public.

Additionally, Eric Jean-Luc Kerke’s – RAMSA architect – design project for The American Academy of Classical Art, was recognized as one of two winners of the McKim, Mead & White Student Projects category.

The Annual McKim, Mead & White Awards (formerly known as the Stanford White Awards) for Excellence in Classical and New Traditional Design recognize achievement in individual projects in architecture, interiors, landscape, urbanism, and building craftsmanship and artisanship throughout New York, New Jersey, and Fairfield County, Connecticut. The awards program is named in honor of the landmark firm that had an indelible impact on the architecture of New York and the history of classicism in America and whose legacy of design excellence and creativity in architecture and the related arts continues to serve as a source of inspiration. For more information about the program, please click here. 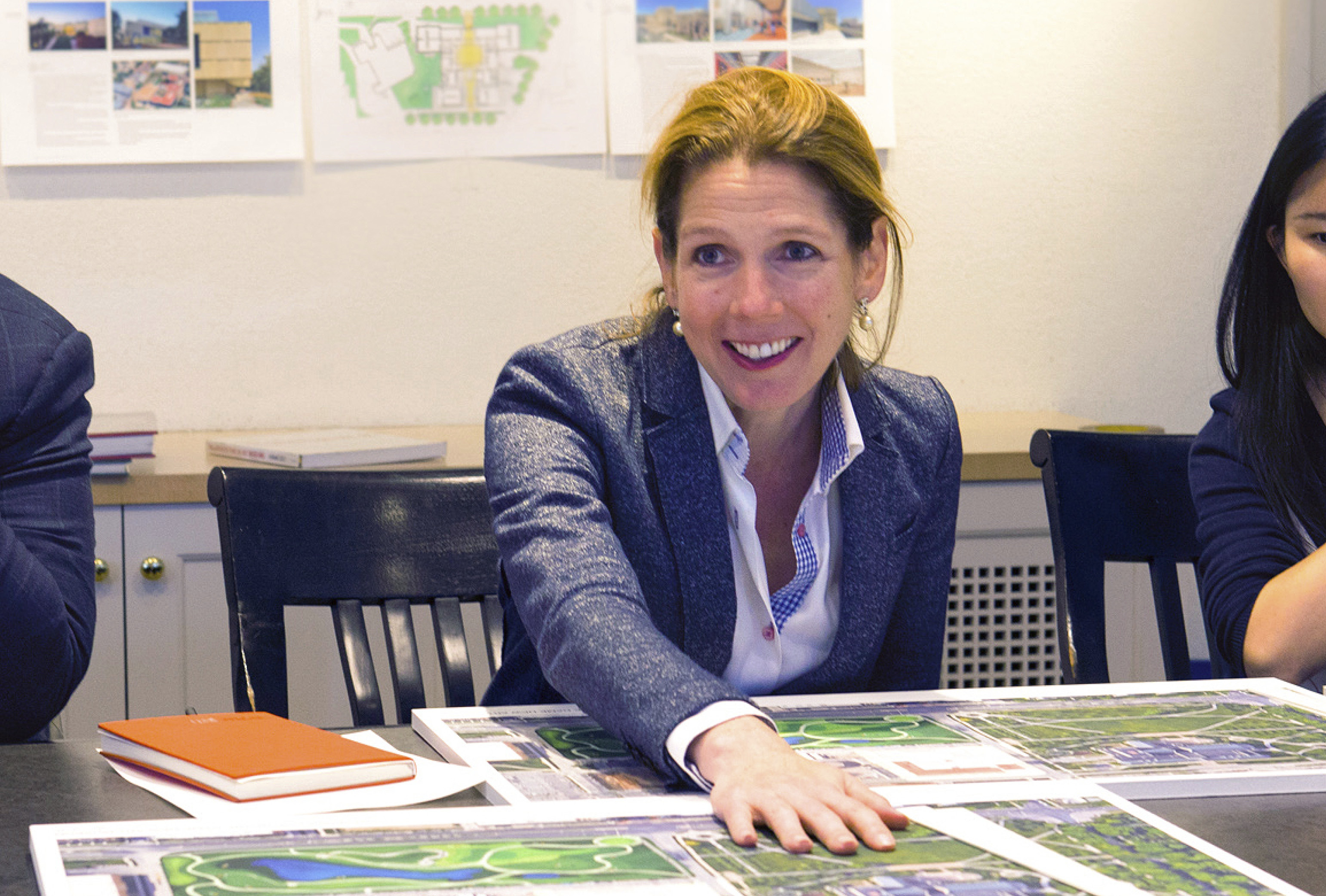 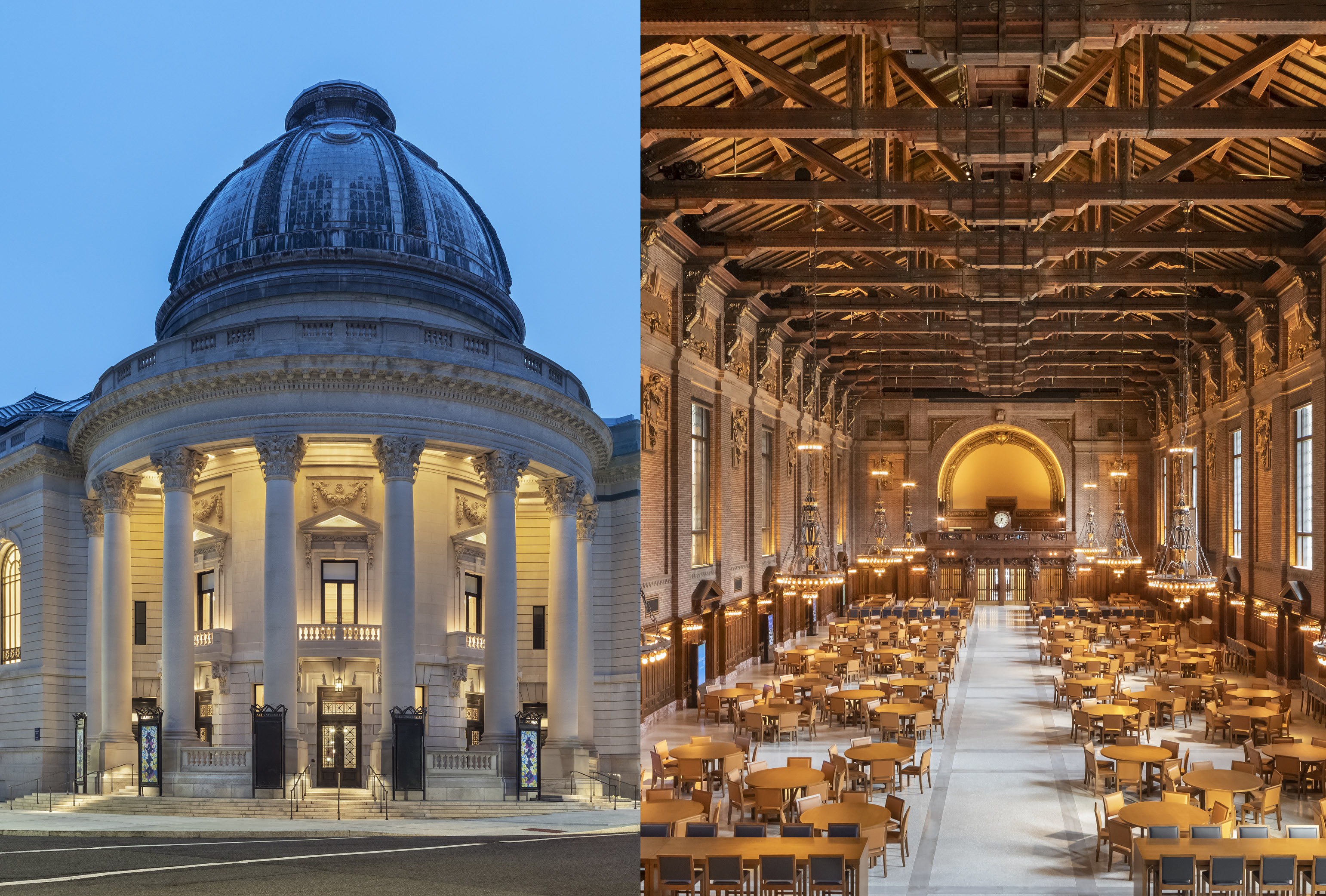 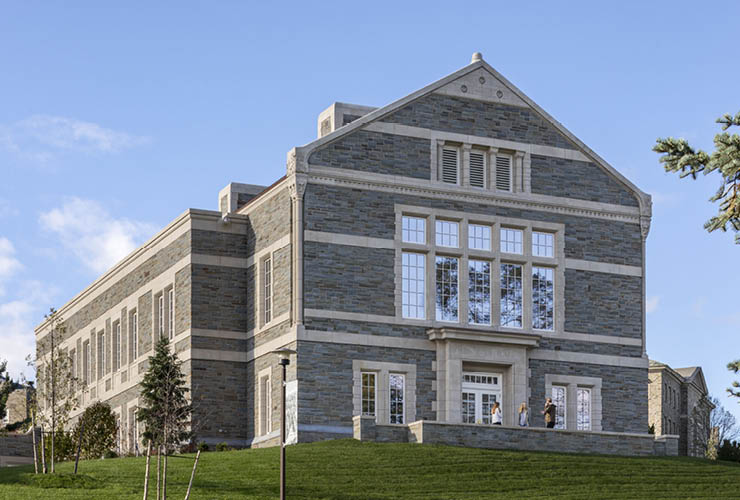