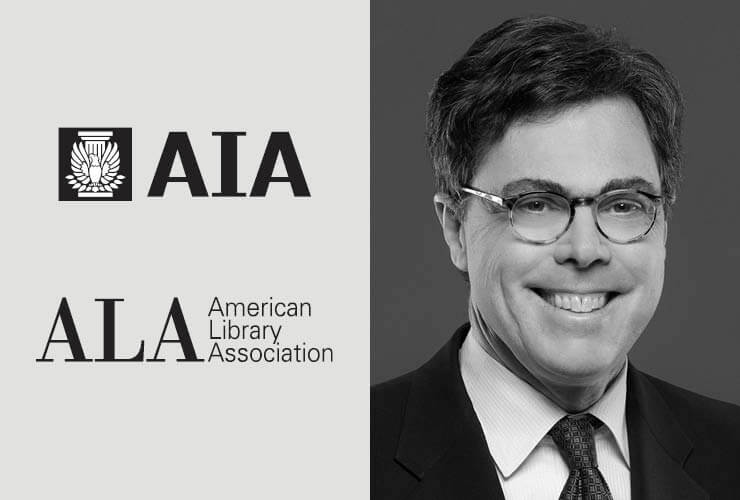 RAMSA Partner Alexander P. Lamis, FAIA, has been appointed to the jury of the American Institute of Architects / American Library Association's 2017 Design Awards. Created to encourage excellence in the architectural design and planning of libraries, this program recognizes accomplishments in library architecture.

An authority on library design, Mr. Lamis has been invited to speak on the evolving role of information technology in libraries at Computers in Libraries 2000, IOLS 2000, the National Library of Medicine, and the MIT Club of New York. He contributed a chapter on sustainable design in libraries to the book Planning the Modern Public Library Building (Westport, Connecticut: Libraries Unlimited, 2003) and the article "Evolving Spaces: An Architect’s Perspective on Libraries" in Volume 28 of Advances in Librarianship (Oxford, England: Elsevier, 2004).