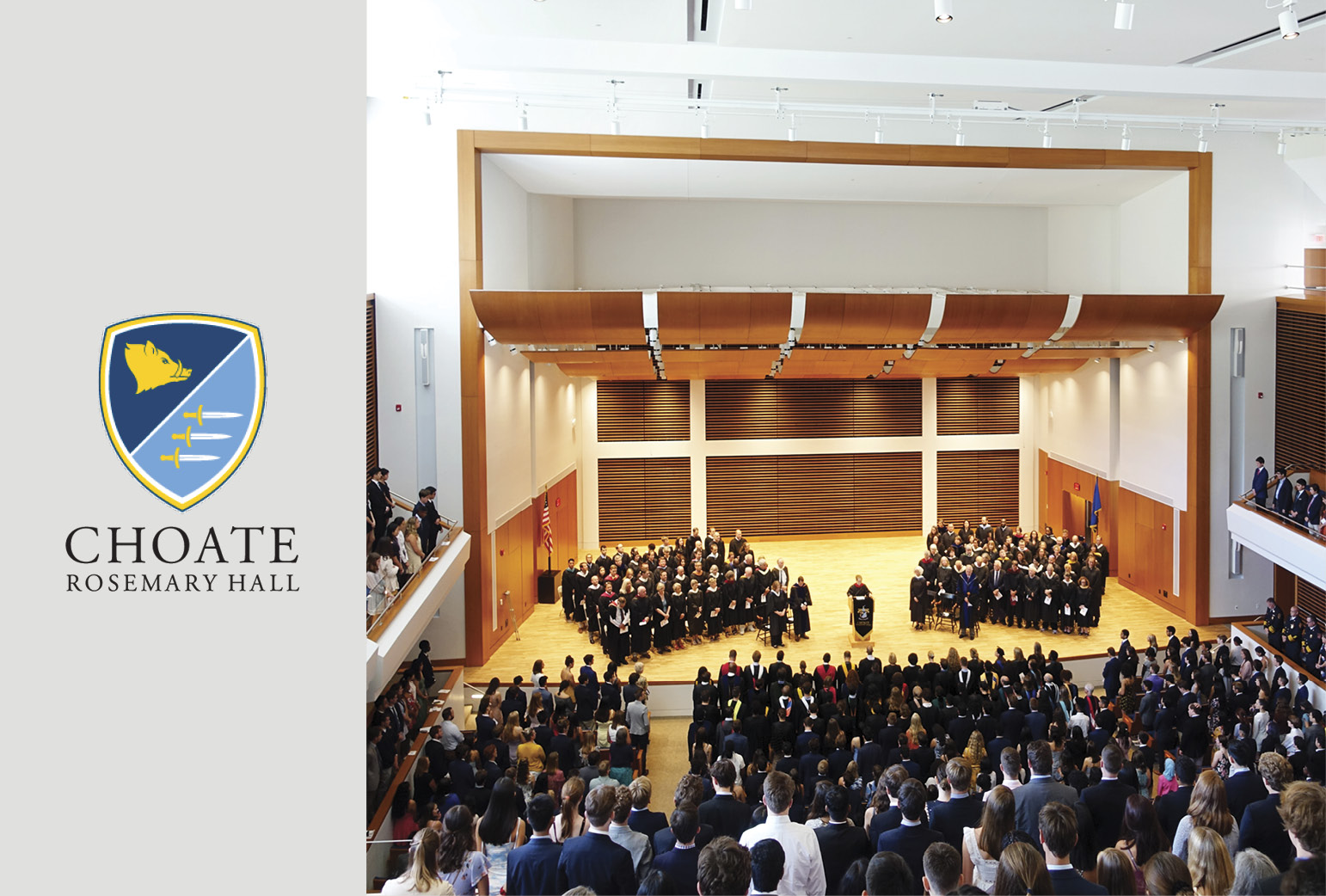 The 50,000-square-foot structure is an architectural and programmatic complement to the adjacent Paul Mellon Arts Center (PMAC), designed by I.M. Pei and completed in 1972. Colony Hall follows Pei's cues, with a cornice line that precisely matches the original building's parapet and extends that roofline to the east—a reflection of Pei's architectural interest, at the time of design, in clear geometric organization, abstraction of forms and a strongly sculptural presence in which negative space is as important to the composition as positive shapes. The space defined between the new building and the PMAC extends the play of negative space while defining a pathway to the Upper Lawn.

Colony Hall is designed to be flexible in its programming, with the 1,070-person auditorium serving as a place for regular school-wide meetings as well as for orchestral and vocal performances. A 100-seat recital hall which also provides music rehearsal space, is surrounded by additional practice rooms, classrooms, a percussion studio, and a green room. A dance studio sits on the upper floor, overlooking the Great Lawn. Rehearsal and performance spaces throughout the building can easily be used as classrooms.