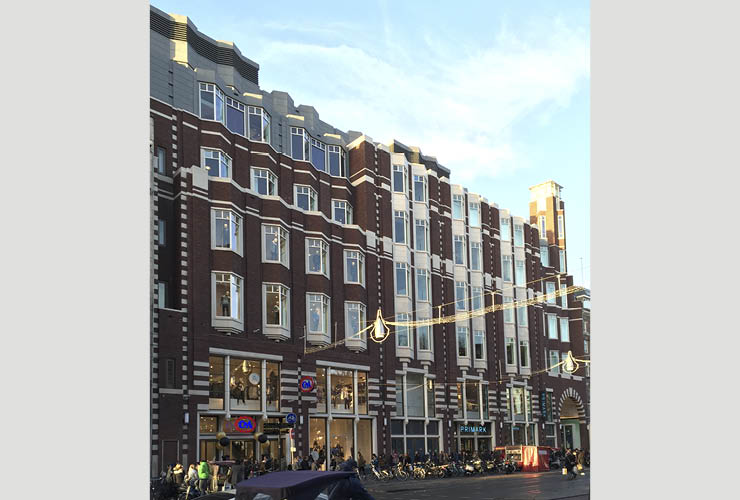 Sited on an important civic plaza in the center of Amsterdam, opposite H.P. Berlage's Beurs (1903), our design for Damrak 70 reinterprets Amsterdam's traditional palette of brick and limestone to present a contemporary expression that is in harmony with the building's smaller-scale neighbors. Syncopated fenestration and angled bays respond to the building's visibility across a broad plaza as well as the very acute angles from which the building will be approached along nearby narrow streets. Double-height shopfronts and an open-air shop-lined passage weave the building into Amsterdam's lively pedestrian urban fabric.