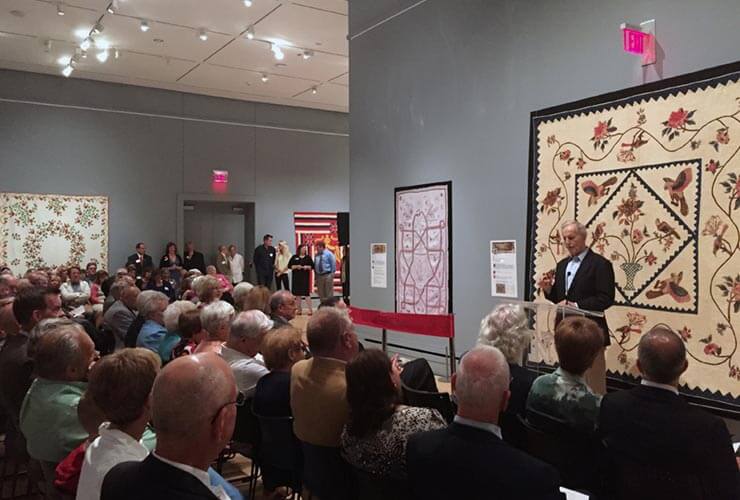 Today the University of Nebraska–Lincoln and the University of Nebraska Foundation celebrated the dedication of the expansion of International Quilt Study Center and Museum, located on the University's East Campus at 33rd and Holdrege Streets. Quilt House, the home of the International Quilt Study Center and Museum, contains the world's largest publicly-held quilt collection. The 37,000-square-foot original building opened in 2008 as an international focal point for the study, conservation, and exhibition of quilts. The new 13,000-square-foot wing on the west side of the existing building (Robert A.M. Stern Architects, 2008) provides additional room for collection storage and care, and was made possible by a generous gift from the Robert and Ardis James Foundation to the University's Campaign for Nebraska. The new addition will double the Museum's exhibition and storage spaces, allowing it to fully realize the potential of its mission; collecting, preserving, exhibiting, studying, and promoting the discovery of quilts and the quilt-making traditions of a variety of cultures, countries, and time periods. The expanded Center will now comfortably accommodate an increase in visitorship to nearly 10,000 visitors annually in 2020.

"We're grateful the building we saw to completion in 2008 has been judged a success, and honored to have been invited back to design the addition we celebrate today." said Grant Marani, Project Partner.