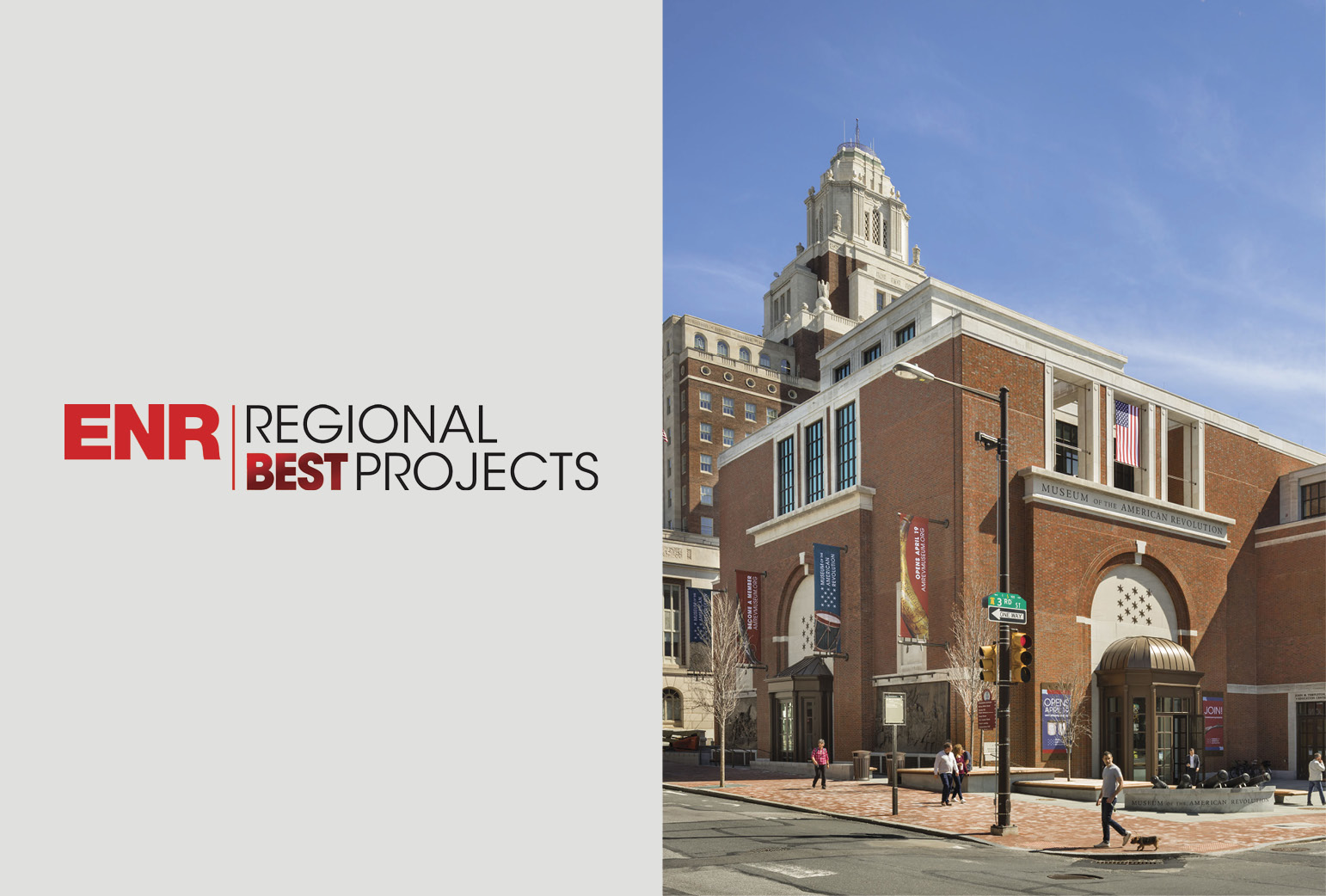 The Museum of the American Revolution has been recognized with an Award of Merit in the Cultural/Worship category of the 2017 Engineering News-Record Mid-Atlantic Best Projects competition. RAMSA Partners Robert A.M. Stern, Alexander P. Lamis, and Kevin M. Smith led the design effort.

Anchoring the eastern end of Independence National Historical Park, the Museum introduces visitors to the American Revolution with its extraordinary collection of historical artifacts and contemporary interpretations demonstrating the continued worldwide importance of the Revolution. The Museum's restrained Classicism complements its many neighbors of national historical importance, including Independence Hall, Carpenters' Hall, the First Bank of the United States, and the Merchants Exchange; at the same time the building stands as a new, identifiable icon for historic Philadelphia. For more information about the project, please click here.

The jury of the ENR Mid-Atlantic Best Projects competition judged projects based on their ability to overcome challenges, contribute to the industry and community, and on safety, construction, and design quality. The Awards were celebrated at an event in Baltimore on November 2.