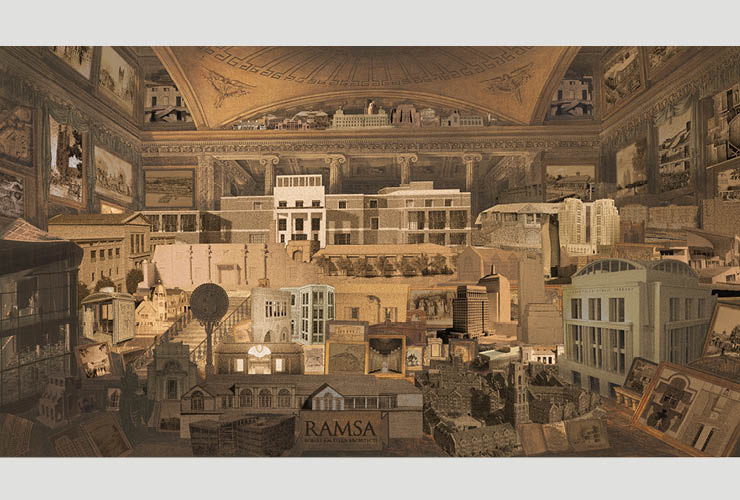 Robert A.M. Stern Architects has created a composite digital rendering of many of the firm's projects in the spirit of Joseph Gandy's "A Selection of Parts of buildings, Public and Private, Erected from the Designs of John Soane."

In 1818 Gandy, an architect-artist who rendered Sir John Soane's designs, created the pictorial tribute that includes Soane's Bank of England and the Dulwich Picture Gallery. Other buildings such as lodges, gatehouses, and stables from Tyringham, Hamels Park, and Bagshot, as well as some of Soane's personal architectural landmarks including his house in Lincoln's Inn Fields and the Soane family tomb, are also included in Gandy's painting.