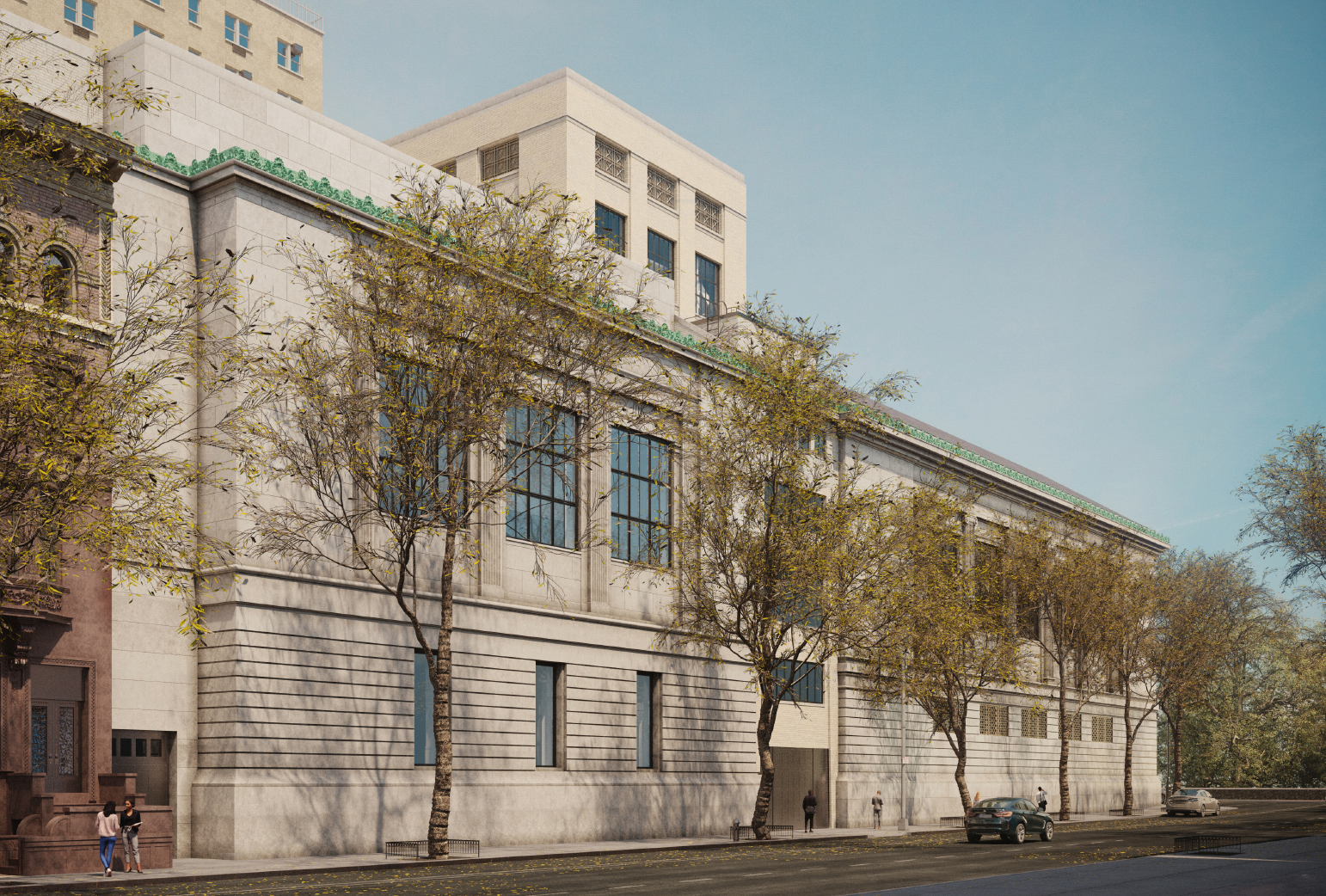 The New-York Historical Society announced today that the institution will expand its building on Central Park West, adding more than 70,000 square feet of program space for itself and for The American LGBTQ+ Museum, New York’s first museum dedicated to LGBTQ+ history and culture, which will make its permanent home at New-York Historical. The design by Robert A.M. Stern Architects, which was unanimously approved and highly praised by the Landmarks Preservation Commission for its respect for the past and solicitation of community input, will provide New-York Historical with additional classrooms, galleries, collections study areas, and a state-of-the-art compact storage facility for the institution’s renowned Patricia D. Klingenstein Library.

“With great foresight, our Trustees acted in 1937 to purchase the lot adjacent to New-York Historical’s building, knowing that our growing collections and evolving programs for scholars, students, educators, and the public would someday need room to expand,” said Dr. Louise Mirrer, New-York Historical’s president and CEO. “Now that day has arrived—and how gratifying it is to realize the dream of telling the American story in all its complexity in state-of-the-art educational spaces and a brand-new gallery dedicated to the struggle for civil rights of the American LGBTQ+ community. Thanks to a generous gift by our longest-serving trustee, Patricia D. Klingenstein, our priceless Library collection will now be housed in optimal conditions within the new building’s foundation. We are extremely grateful to the New York City Council, the Mayor’s Office, New York State, and I LOVE NY for their encouragement and the generous capital funding that will enable us to move forward with construction expeditiously, and to Robert A. M. Stern Architects for the firm’s extraordinary skill and sensitivity.” “We’re delighted to partner with New York’s foremost museum of history to build a new museum dedicated to an exploration and celebration of the richness and diversity of LGBTQ+ history and culture in America,” said Richard Burns, chair, board of directors, The American LGBTQ+ Museum. “The respect and rigor with which New-York Historical has approached this process, including their consultation with local communities, mirrors our own commitment to building a thoughtful, welcoming, queer, and inclusive experience for our visitors and partners. We look forward to bringing a dynamic new museum to life within this cherished, deeply-respected, and growing New York City landmark.”

“It’s been a privilege to work with the New-York Historical Society to design an expansion of its landmark building, enabling it to extend its broad and vital mission to a growing audience that ranges from local schoolchildren to international visitors,” said Robert A.M. Stern, founder and senior partner of Robert A.M. Stern Architects. “With input from engaged and supportive neighbors and in response to the historic neighboring townhouses, the design of the expansion is sympathetic to the palette and rhythm of the 1908 building and its 1938 additions.” In a recent Architectural Digest article focusing on the historic nature of the building, Mr. Stern remarks further on the project. “It’s a triple landmark,” Stern says. “A landmark building on a landmark street in a landmark neighborhood.”