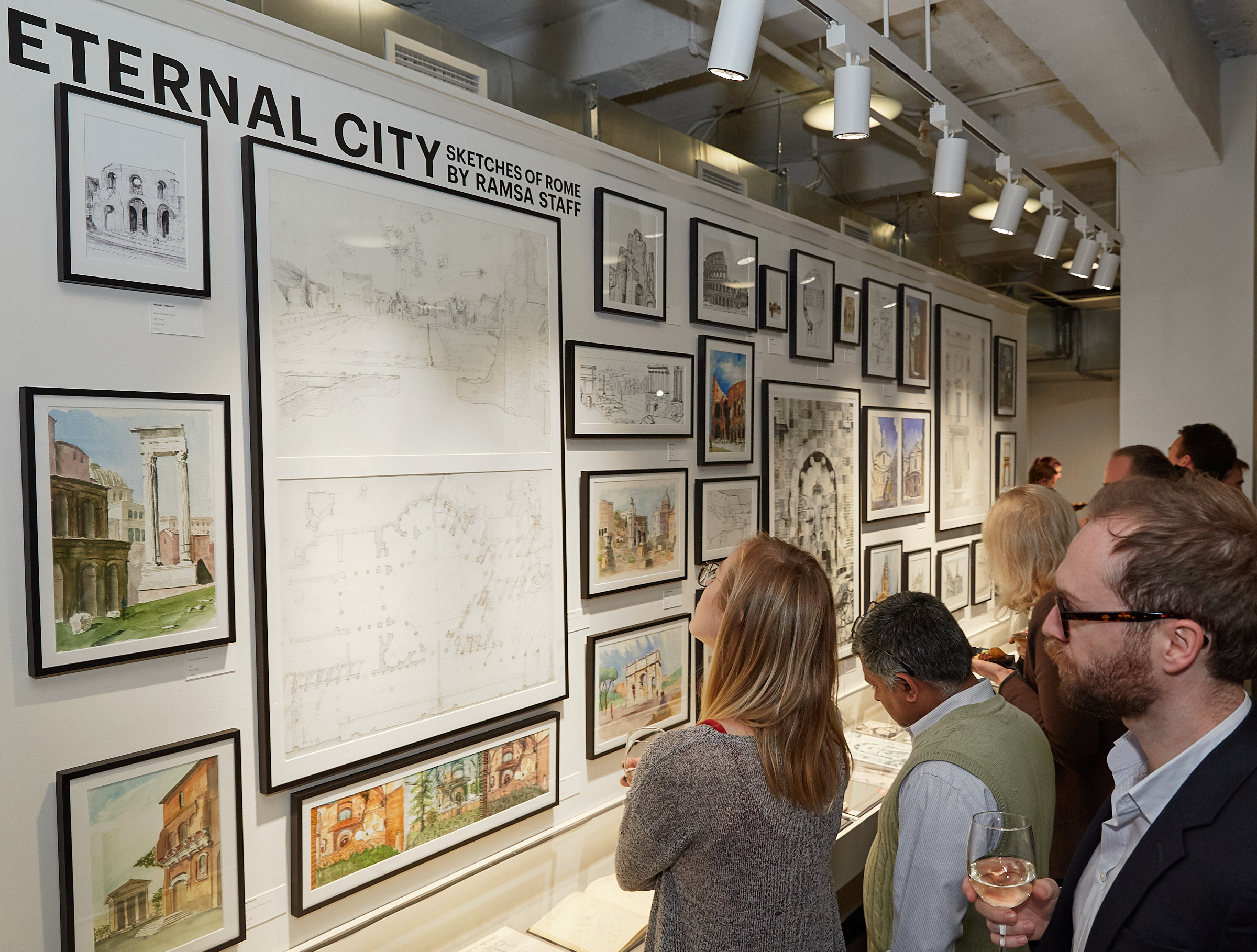 This exhibit showcases plein-air sketches drawn by RAMSA staff members across their educational and professional careers, featuring prominent Roman buildings and spaces as well as sketches of buildings farther afield, but with self-evident Roman lineage. In addition, drawings from student projects in which one of the design objectives was to respond to Roman context, as well as more theoretical explorations of Rome’s influence on architectural form are on display.

The Sketch Gallery Jury—Kevin M. Smith, Partner; Christopher Heim, Senior Associate; Clay Hayles, Senior Associate; Armando Amaral, Associate; and Huaxia Song, Associate wrote: "Rome is an eternal fount of architectural inspiration. It has been a place of pilgrimage for countless generations of architects from the days of the Grand Tour, to the French and American academies in Rome, to the various present-day programs that draw students from around the world.