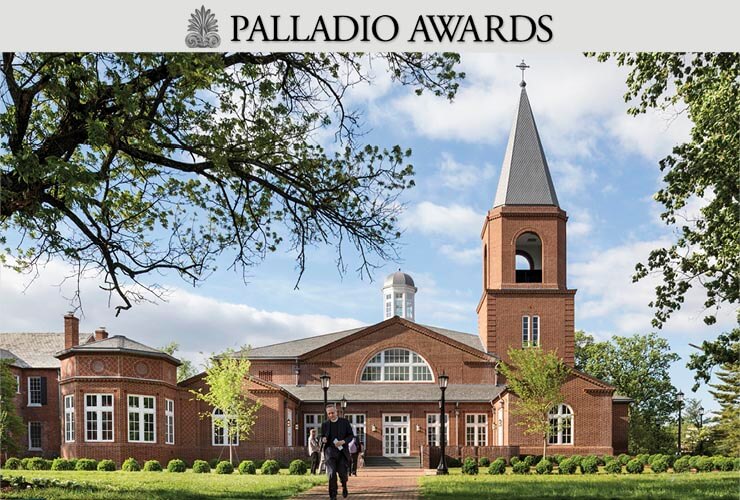 Today Traditional Building and Period Homes magazines announced that the Immanuel Chapel at Virginia Theological Seminary is the winner of a 2016 Palladio Award.

The new Immanuel Chapel, replacing the historic Immanuel Chapel, which served the Seminary from its consecration in 1881 until it was lost to fire in October 2010, is conceived not as a look back to the 19th century, nor as a monument to the present, but truly as a chapel for the ages, a timeless place to honor and carry forward all that has gone before on the VTS campus. The chapel serves as a place of worship for the Seminary community, for visitors from throughout the worldwide Anglican Commune, and the local congregation; importantly it also serves as a space to teach seminarians to lead worship.

The Palladio Awards honor outstanding achievement in traditional design. The program recognizes both individual designers and design teams whose work enhances the beauty and humane qualities of the built environment, through creative interpretation or adaptation of design principles, developed through 2,500 years of the Western architectural tradition. The Palladio Awards are the first and only national awards program for residential and commercial/institutional projects which demonstrate excellence in traditional design. This represents RAMSA's seventh Palladio Award.