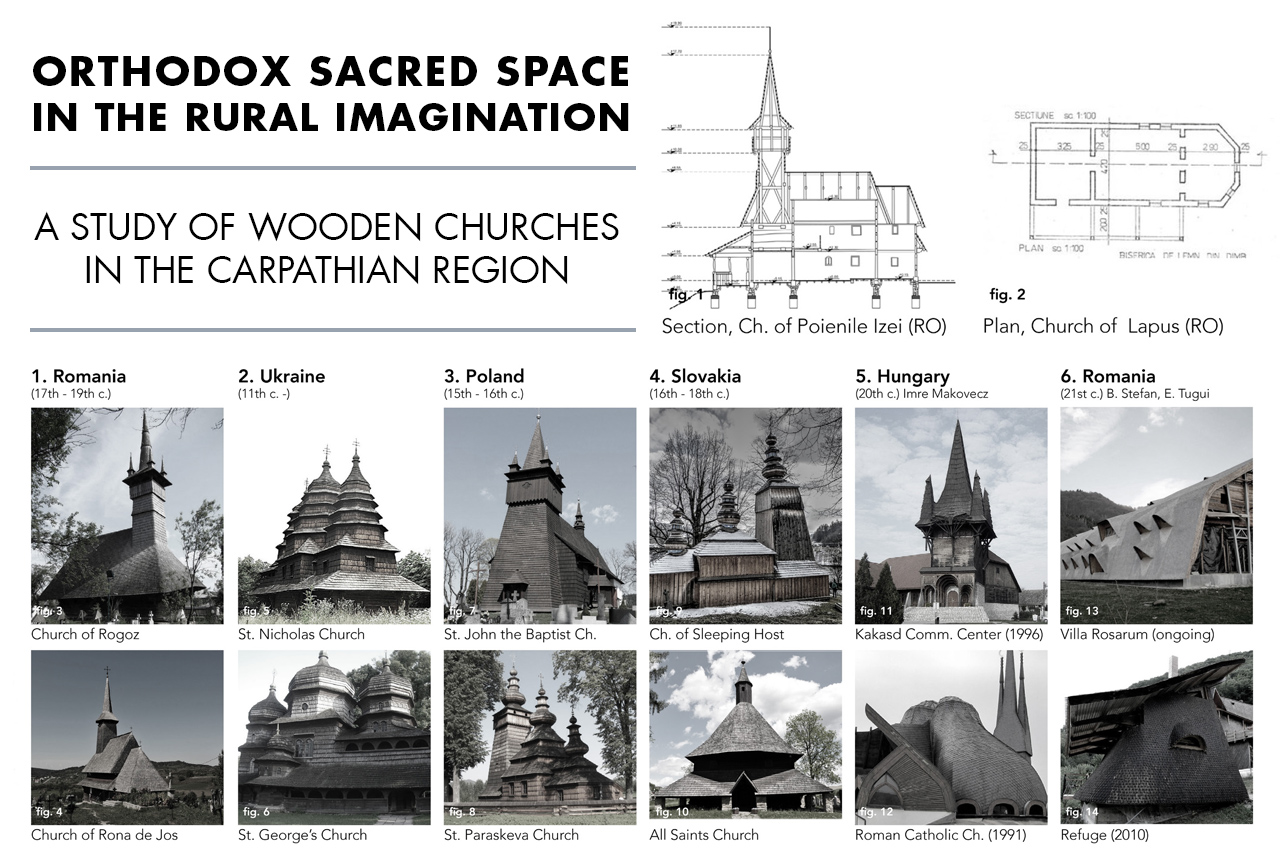 The 2019 RAMSA Travel Fellowship jury selected a winning entry yesterday at RAMSA's New York office. The winner, Radu-Remus Macovei, a Master of Architecture and Master of Urban Planning candidate at the Harvard University Graduate School of Design, will be awarded $10,000 to travel to the Carpathian Mountains to document and catalog the region's Christian wooden churches.

A building typology that developed in response to the Catholic Austro-Hungarian Empire's prohibition on masonry construction for Christian Orthodox churches in northern Romania, "these inventive 15th- to 19th-century wooden churches have received very little academic attention to date," explained Mr. Macovei. "Given the soft, monumental massing of their curvilinear shingled roofs, which impress with their sheer size and height, the architectural experience is not limited to the building itself but responds to the physical features of the surrounding mountainous landscape from whose valleys the churches rise."

In his proposal, Orthodox Sacred Space in the Rural Imagination, Mr. Macovei wrote that "though built in remote mountain villages," these churches "bear striking similarities with one another. At the programmatic level, these churches negotiate in plan between two rooms—one sacred, one profane—commonly offset by an exterior colonnade." With travel in Romania, Ukraine, Slovakia, Poland, and Hungary, Mr. Macovei will photograph a sampling of these churches and document them in plan and section.

The jurors, who judge the entries without knowing the authors or their school affiliations, said, "We were drawn to Mr. Macovei's well-written submission, with its tight geographical focus that nonetheless crosses national boundaries to assert a regional perspective. We were engaged by the sculptural variety of forms within a consistent vocabulary and the relationship of these churches to the dramatic landscape from which they emerge. The proposed research will shed light into a field we'd like to know more about; we were also impressed by Mr. Macovei's strong portfolio, which suggests how he might apply his research to his future work as an architect."

The jury—RAMSA Partners Melissa DelVecchio, Daniel Lobitz, and Grant F. Marani—was impressed by the quality of this year's 46 submissions from 13 schools.

The jury praised this year's runner-up:

About the RAMSA Travel Fellowship

The RAMSA Travel Fellowship is a $10,000 prize awarded annually by Robert A.M. Stern Architects for travel and research. The fellowship seeks to promote investigations into the perpetuation of tradition through invention—key to the firm’s own work—and is given to an individual who has proven insight and interest in the profession and its future, as well as the ability to carry forth in-depth research. The fellows complete their travel in the summer following the announcement of the award and present their research to RAMSA’s office in New York City in the spring.

Robert A.M. Stern Architects, LLP, is a 250-person firm of architects, interior designers, and supporting staff. Over its forty-nine-year history, the firm has established an international reputation as a leading design firm with wide experience in residential, commercial, and institutional work. As the firm’s practice has diversified, its geographical scope has widened to include projects in Europe, Asia, South America, and throughout the United States. The firm maintains an attention to detail and commitment to design quality which has earned international recognition, numerous awards and citations for design excellence, including National Honor Awards of the American Institute of Architects, and a lengthening list of repeat clients. The firm's founder and senior partner, Robert A.M. Stern, a practicing architect, teacher, and writer, was honored with the 2017 Topaz Medallion, awarded jointly by the American Institute of Architects and the Association for Collegiate Schools of Architecture.