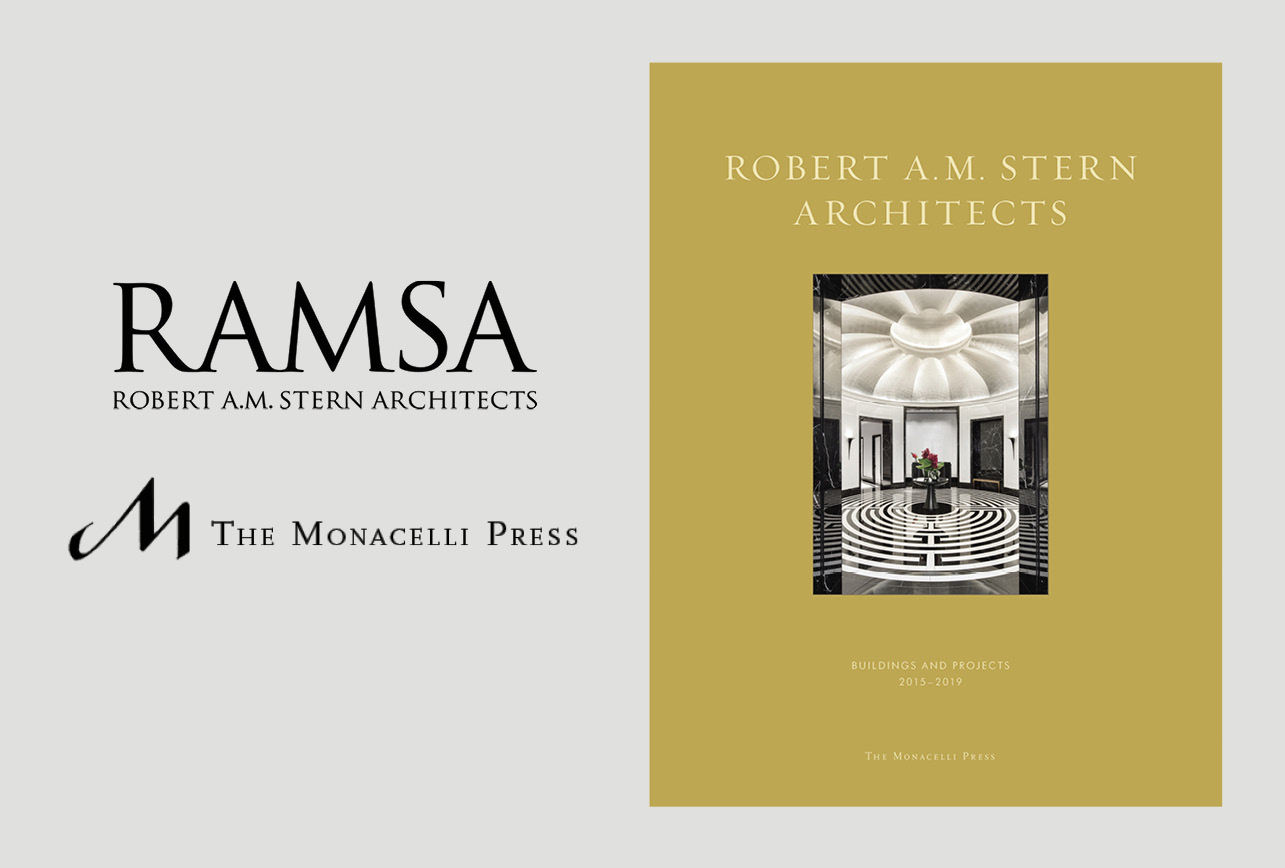 Published by The Monacelli Press, the book is the eighth volume in the firm's Buildings and Projects monograph series and marks the fiftieth anniversary of Robert A.M. Stern's independent architectural practice. Focusing on the work of the past five years, the monograph features more than one hundred buildings that reflect the global reach of the practice including the Museum of the American Revolution in Philadelphia; Benjamin Franklin College and Pauli Murray College at Yale University; residential buildings in Manhattan, Washington, San Francisco, Lima, and Taipei; major campus academic projects from the John F. Kennedy School of Government at Harvard University to the new Schwarzman College at Tsinghua University in Beijing; as well as historically-inspired houses for which the firm is known. Robert A.M. Stern Architects is an office with a staff of more than 250.

The Monacelli Press is a leading publisher of books on architecture, the fine arts, interior design, landscape architecture, gardens, photography, and graphic design. Publisher Gianfranco Monacelli conceived the venture as a distinct and stimulating voice in the visual arts to reinterpret and challenge the conventional boundaries of the field, to bring forth the best, most provocative, and the most substantive of what the finest creative minds have to offer.

Robert A.M. Stern Architects and The Monacelli Press have collaborated on many other books, including Open Studio (2018), The New Residential Colleges at Yale: A Conversation Across Time (2018) which documents the design and realization of the 2017 Collegiate Gothic Pauli Murray College and Benjamin Franklin College at Yale; The Philip Johnson Tapes: Interviews by Robert A.M. Stern (2008); Paradise Planned: The Garden Suburb and the Modern City (2013), co-authored with David Fishman and Jacob Tilove; and the monumental five-volume New York series that documents the city's architecture and urbanism from the Civil War to the millennium.