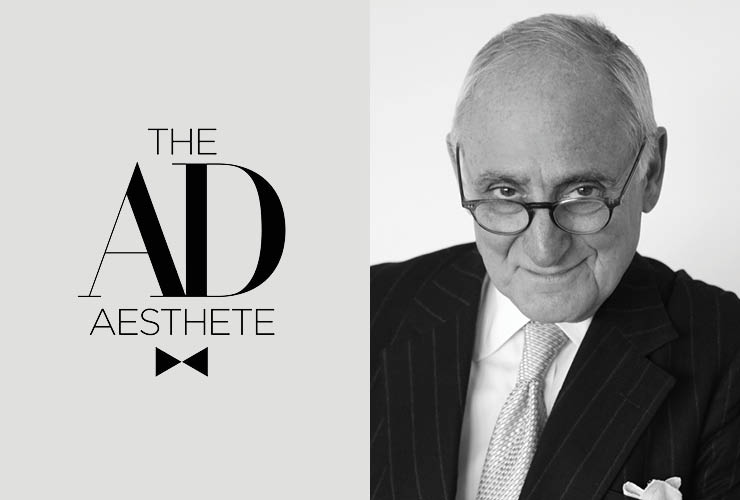 Robert A.M. Stern is featured today on the third episode of the inaugural podcast series from Architectural Digest, The AD Aesthete, which debuted on November 12.

Hosted by Mitchell Owens, The AD Aesthete invites listeners to "eavesdrop" on dinner-party-style conversations with today's greatest design-world talent as they analyze all things aesthetic, from the legacies of iconic decorators like Elsie de Wolfe and Mario Buatta, to the promise of design’s future. In the episode "All-American Elegance: The Shingle Style", Robert A.M. Stern joins Owens, Thomas Kligerman, co-founder of Ike Kligerman Barkley, and Willie Granston PhD Candidate in the History of Art & Architecture at Boston University, to discuss the topic. New Episodes of The AD Aesthete podcast air every Tuesday; find them here or on most podcast platforms.

Editor, reporter, curator, and scholar of subjects ranging from architecture and design to social history and popular culture, Mitchell Owens has been the Decorative Arts Editor at Architectural Digest since 2013. Additionally, he has held senior positions at The New York Times, T: The New York Times Style Magazine, The World of Interiors, ELLE DÉCOR, House Beautiful, Traditional Home, Nest, Travel + Leisure, Martha Stewart Living, and OUT, where he was a founding editor. From 2009-2012 Owens was the voice of "An Aesthete’s Lament," which Elle Decoration UK called “one of the best style blogs.”