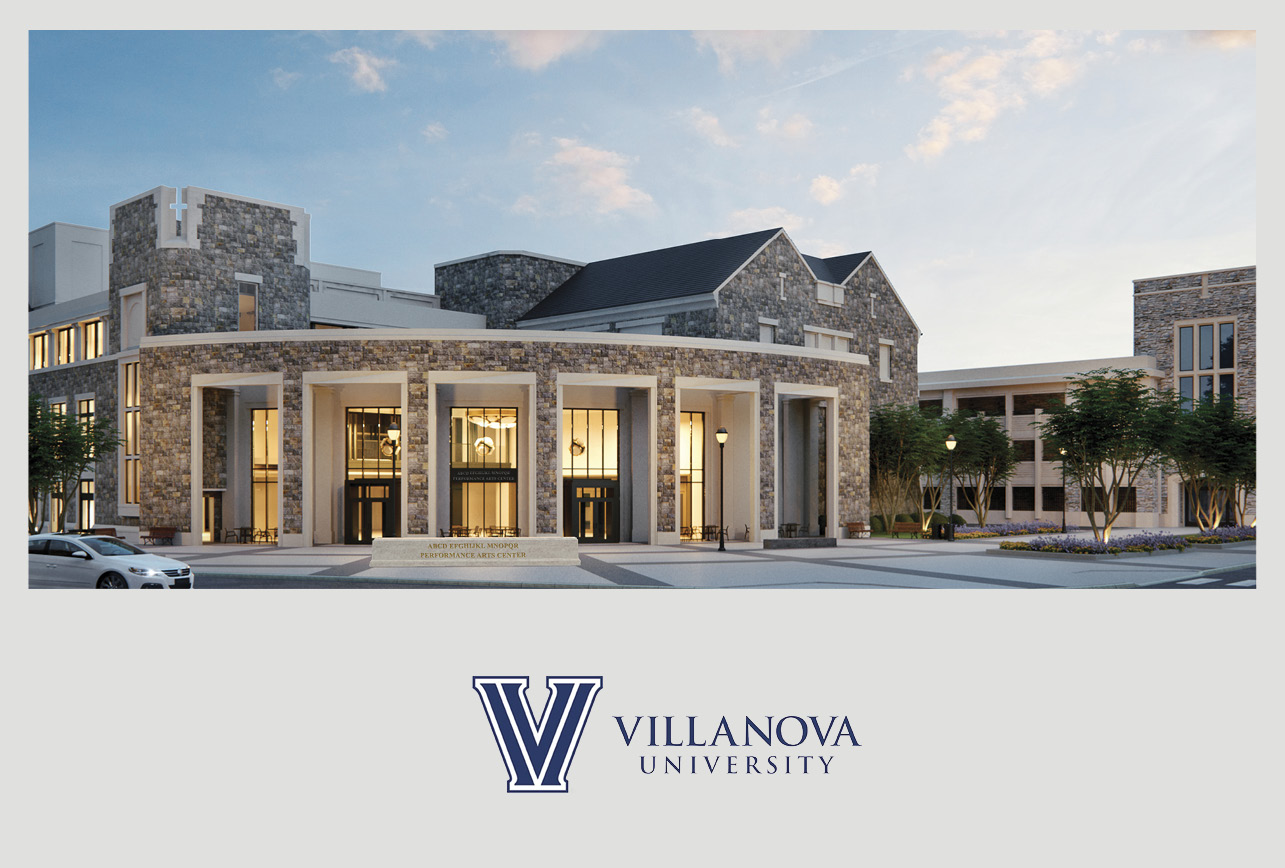 The Performing Arts Center follows on Robert A.M. Stern Architect's design for the University's Lancaster Avenue Building, and continues the firm's interpretation of Villanova’s Collegiate Gothic character, with a more open expression appropriate to a public arts venue. Our design addresses Lancaster Avenue by extending the welcoming curve of its lobby around the windowless box of the theater. Clad in fieldstone with limestone trim, the new Performing Arts Center and an adjoining plaza will anchor this important campus entrance.

The project is expected to be completed by 2020.