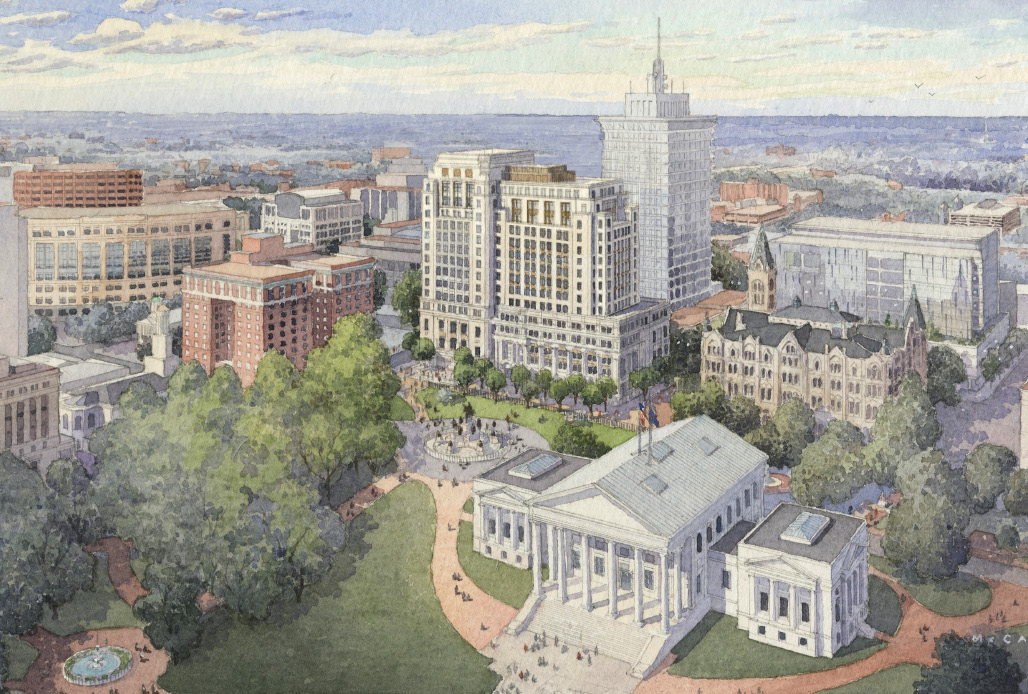 "The classical design of the new General Assembly Building, incorporating the 1912 facade, will blend the new facility into the historic fabric of the Capitol and Capitol Square," said Senator Ryan McDougle, Chair of the Senate Rules Committee.

"Our goal is to have a new General Assembly Building that not only works well for the public and those who will work in it but also honors the architectural legacy of Capitol Square," said House Speaker William J. Howell.

"It looks like it belongs on Capitol Square," said Calder Loth, who represents the Virginia Department of Historic Resources on the AARB. "I would hate to see the design diluted in any way."

"That to me is paramount as it creates a backdrop to the state Capitol," said Preston J. Gumberich, Partner at Robert A.M. Stern Architects. The Capitol, designed by Thomas Jefferson, dates to 1792.