This boutique-scale residential building grows out of the character of New York’s Upper East Side, and in particular the context of the Carnegie Hill neighborhood, to establish a personality all its own. Carrying forward Classical principles shared by the area's eclectic collection of townhouses and apartment buildings, 1228 Madison Avenue participates in one of the world’s great shopping streets with Regency-style metal shopfronts built into its shot-sawn limestone base. A limestone buttress—one of the building's signature elements—re-centers the facade as it rises, lending privacy to a second-floor residential balcony.

Taking cues from some of New York's most admired early 20th-century apartment houses, the building's windows and terraces express the variety of apartments within, achieving a sense of a vertical village of individual homes as the building rises to its romantic crown. The heathered gray brick Madison Avenue facade is trimmed with brick and cast-stone details including soldier courses, Juliet balconies with distinctive metal detailing, jack arches, and arched and oxeye windows. Upper-floor apartments, including a duplex penthouse, command spectacular views over the Guggenheim Museum to Central Park. The building’s interior design is by Kelly Behun Studio. 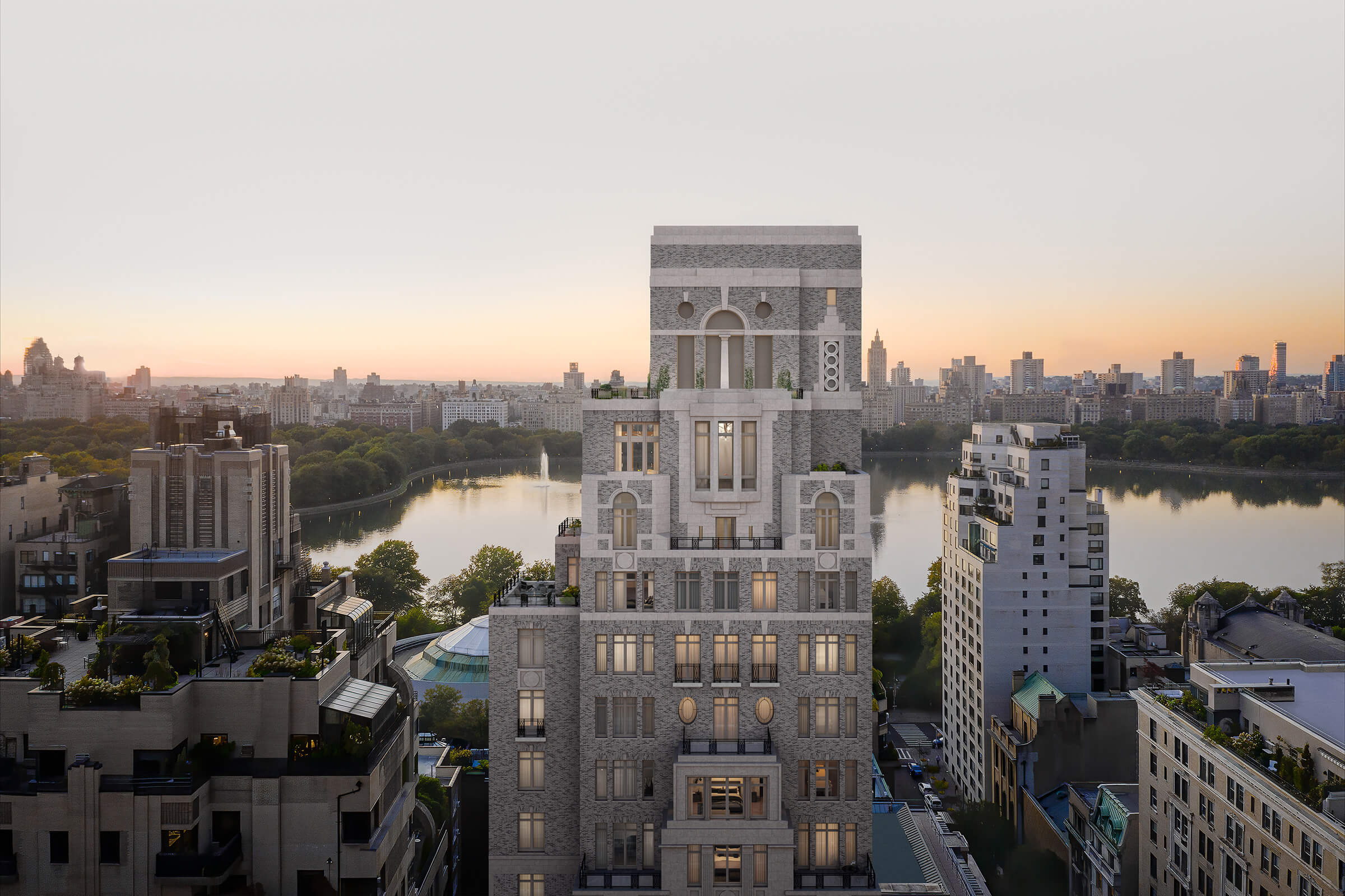