The 55,000 square foot Clark Biomedical Engineering Building on Johns Hopkins University's historic Homewood Campus unites under a single roof several previously dispersed research groups within this nationally top-rated department. Located at the wooded western flank of the campus, Clark Hall opens to the east onto a broad greensward which forms the heart of an as-yet-unbuilt quadrangle of buildings proposed by the University's currently developing master plan. A western entrance opens towards conveniently-located parking and a campus loop drive, while a service entrance located at the building's northern end will share a service drive with a future building to the north.

The building's simple rectangular plan with its double-loaded central corridor optimally satisfies its program, which requires the flexible and modular accommodation of frequently-changing laboratory configurations. Its central corridor is naturally lit at either end and is punctuated at its midpoint by a three-story open stair which rises from a stone-paved ground floor lobby and is flanked by meeting rooms and comfortable lounges and kitchenettes.

In its architectural expression, Clark Hall looks to the architectural heritage of the Homewood Campus and specifically to the existing engineering quadrangle, where eight buildings built over a period of more than half a century share a common robustly-detailed Georgian styling. Clark Hall's roof is divided into two slate-clad pitched pavilions, which serve to de-emphasize its length while accentuating the central entrance and concealing the building's substantial array of mechanical equipment. Facades are of Johns Hopkins blend red brick with simple white cast stone detailing and a regular rhythm of overscaled but traditionally-detailed windows. 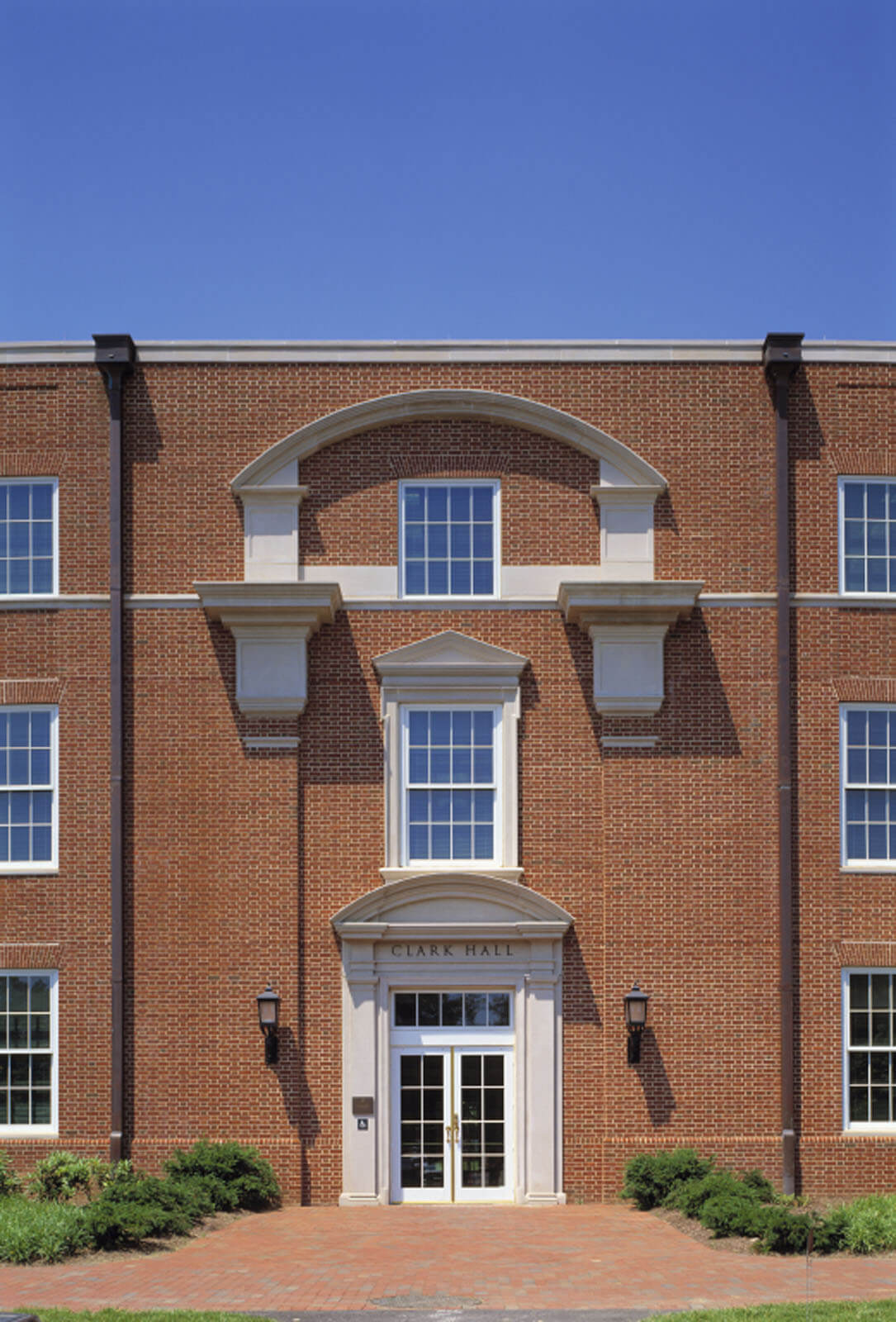 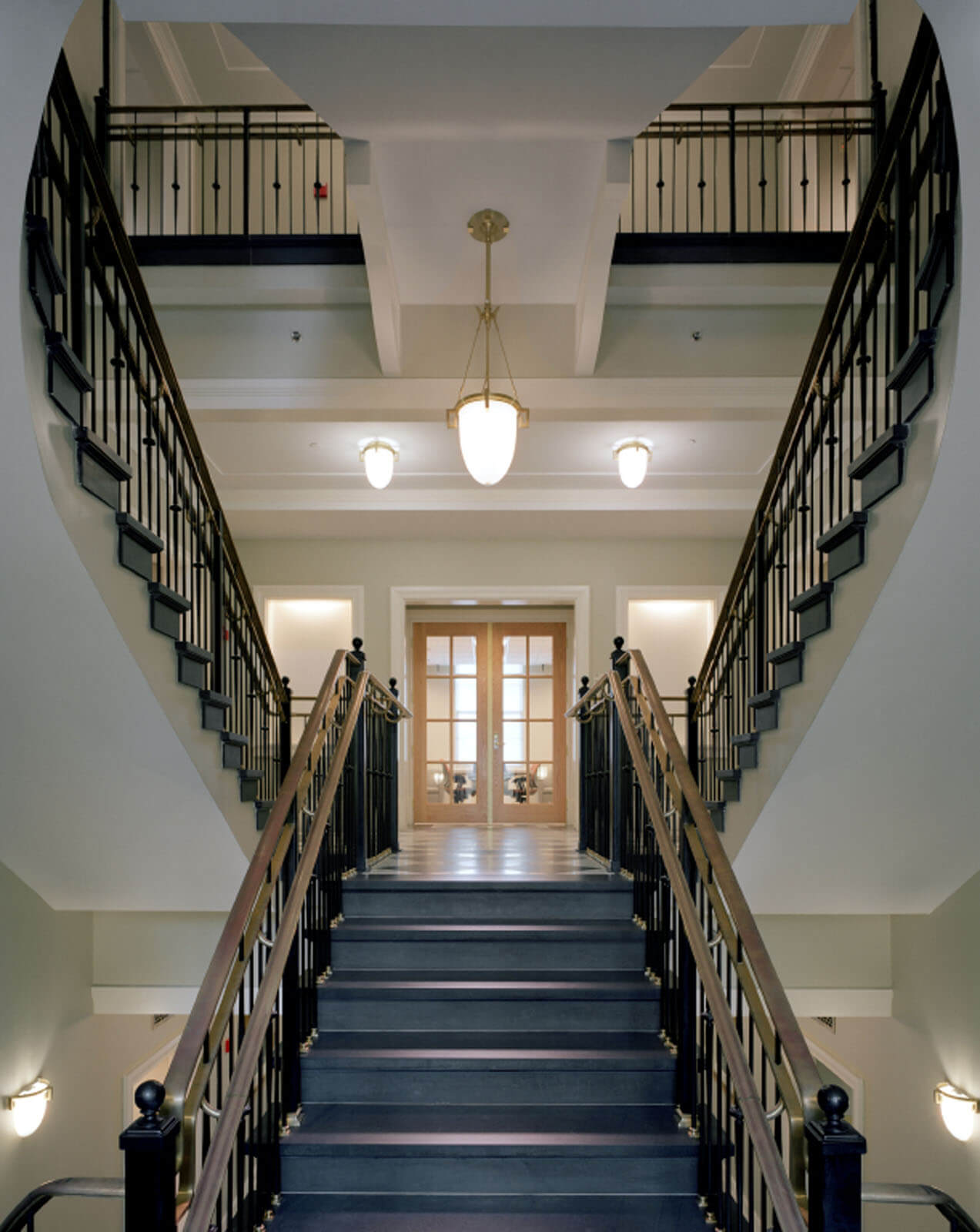 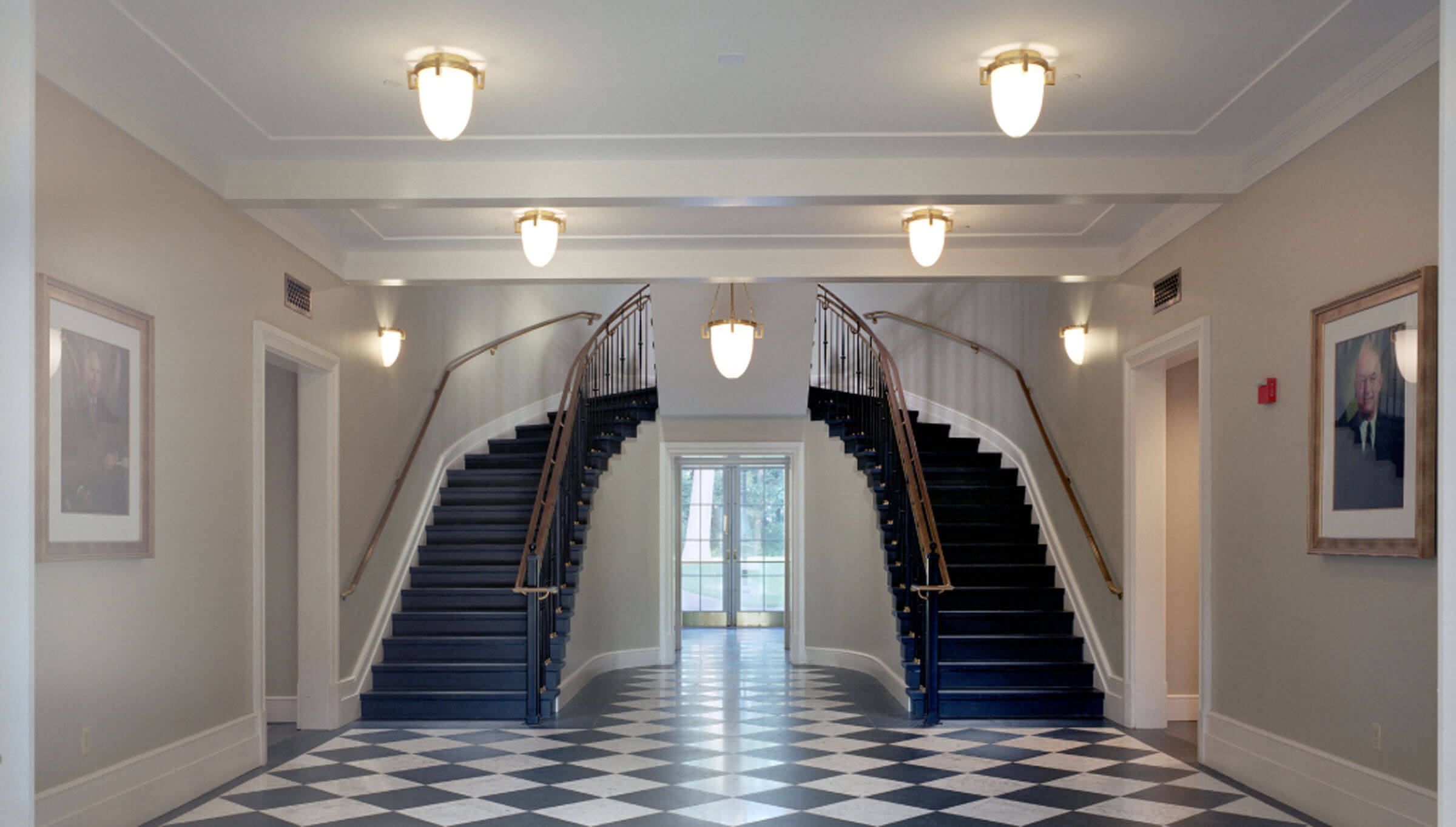 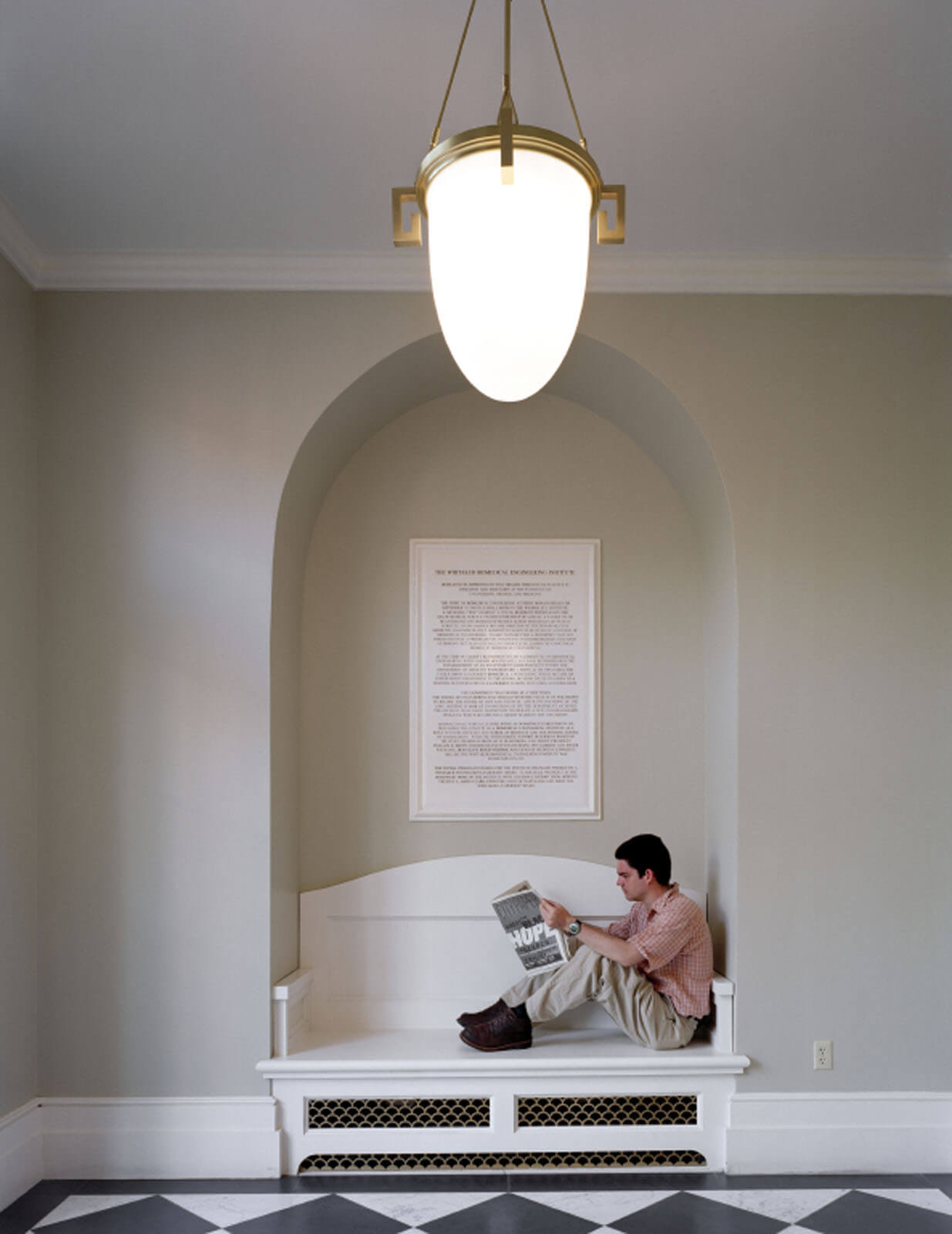 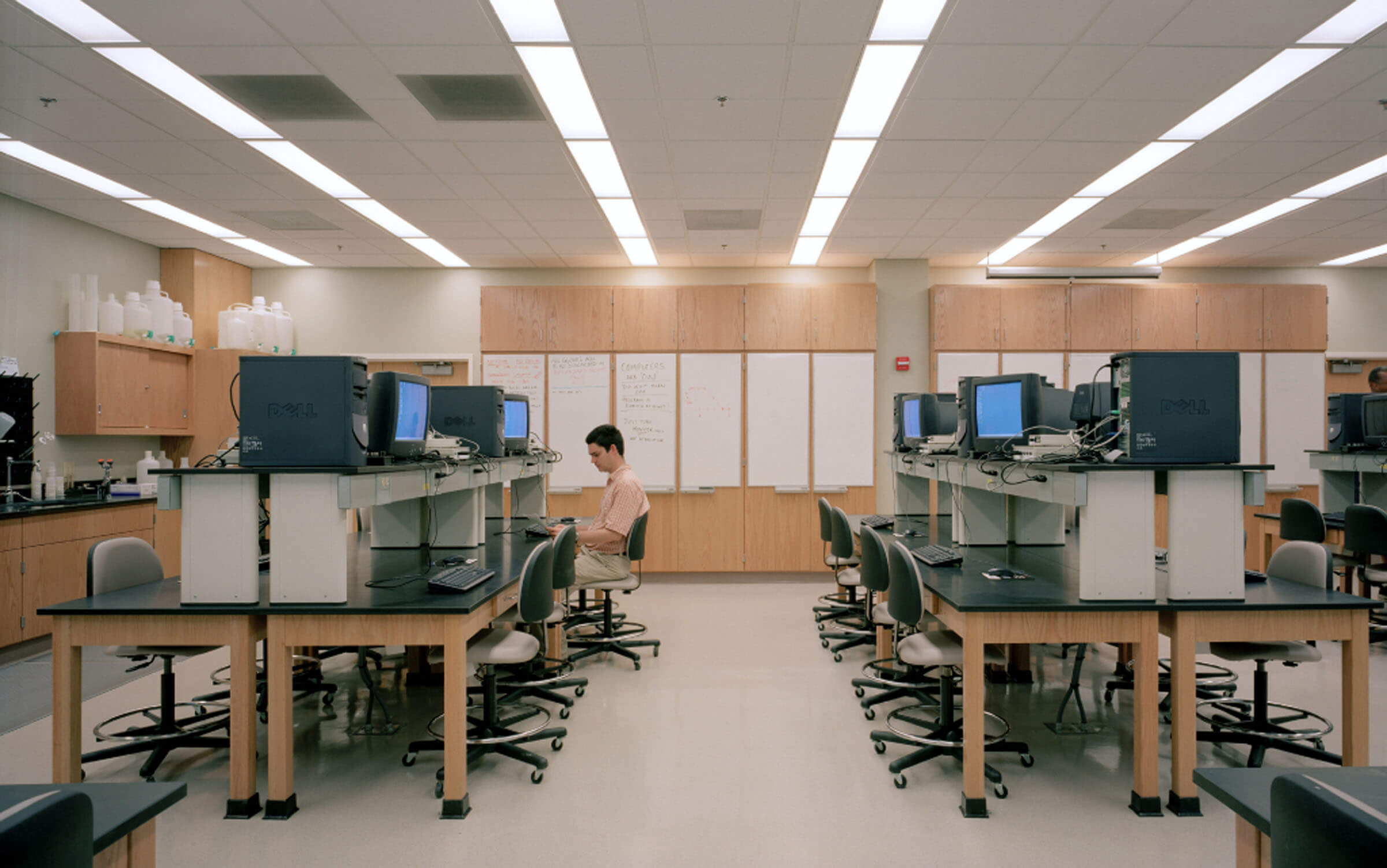