Under the leadership of the Cummins Engine Foundation, this otherwise typical Midwestern town of 30,000 people has become one of America's most architecturally sophisticated communities. Founded in 1917 the Columbus Regional Hospital had grown in a piecemeal fashion to include 400,000 haphazardly planned square feet. The hospital made poor use of additional land it had acquired over the years so that by the mid-1980s it was squeezed into one corner of a thirty-eight-acre site bisected by Haw Creek. At best, the existing complex could be described as a random collection of buildings of various sizes and degrees of functional obsolescence. Regrettably, the only architecturally notable building, the original Italianate structure, was functionally outmoded.

Our master plan reorients the hospital toward the heart of its park-like site. A treelined entry drive spans Haw Creek on a new bridge, uniting the two halves of the site. Flanking the drive, two 30,000-square-foot medical office buildings act as gatehouses at this new entrance to the Hospital's campus. Also on the creek's western bank a new seventy-five in-patient psychiatric facility is proposed, in close proximity to an existing outpatient facility.

For the hospital, the master plan proposed the creation of a series of two-story pavilions and intervening outdoor courtyards connected by a continuous double-height gallery. These pavilions provide individual identity and self-contained facilities for cancer care, physical and occupational therapy, intensive care and a women's center in the first phase of construction. Second-level bridges cross the public concourse connecting the pavilions to the hospital's surgery suite, one of two portions of the existing facility that will remain after the design is completed. The other portion to be retained is the six-story patient tower, which is being upgraded internally, receiving an additional floor and mechanical attic and a complete, exterior recladding.

Taking cues from hotel design, the extensively glazed, double height concourse contains registration and admitting desks, a gift shop, waiting areas for the various departments and acts as the link between the main lobby, emergency suite, and new 180 seat restaurant. The restaurant opens with wide French doors to an outdoor dining terrace and provides a welcoming beacon of light and activity adjacent to the hospital's front door.

Our work continued with a medical office building completed in late 2003. During the fall of 2007 we were engaged to design a new $71.2 million, 218,750-gross-square-foot pavilion to the east of the existing hospital to include a five-story inpatient pavilion and a new Emergency Department. The existing Emergency Department is to be renovated for an expansion of the Radiology Department. The south-facing double-height gallery, started during the first phase of our master plan, is being extended to the east, and a new south-facing entrance added at the gallery’s mid-point. 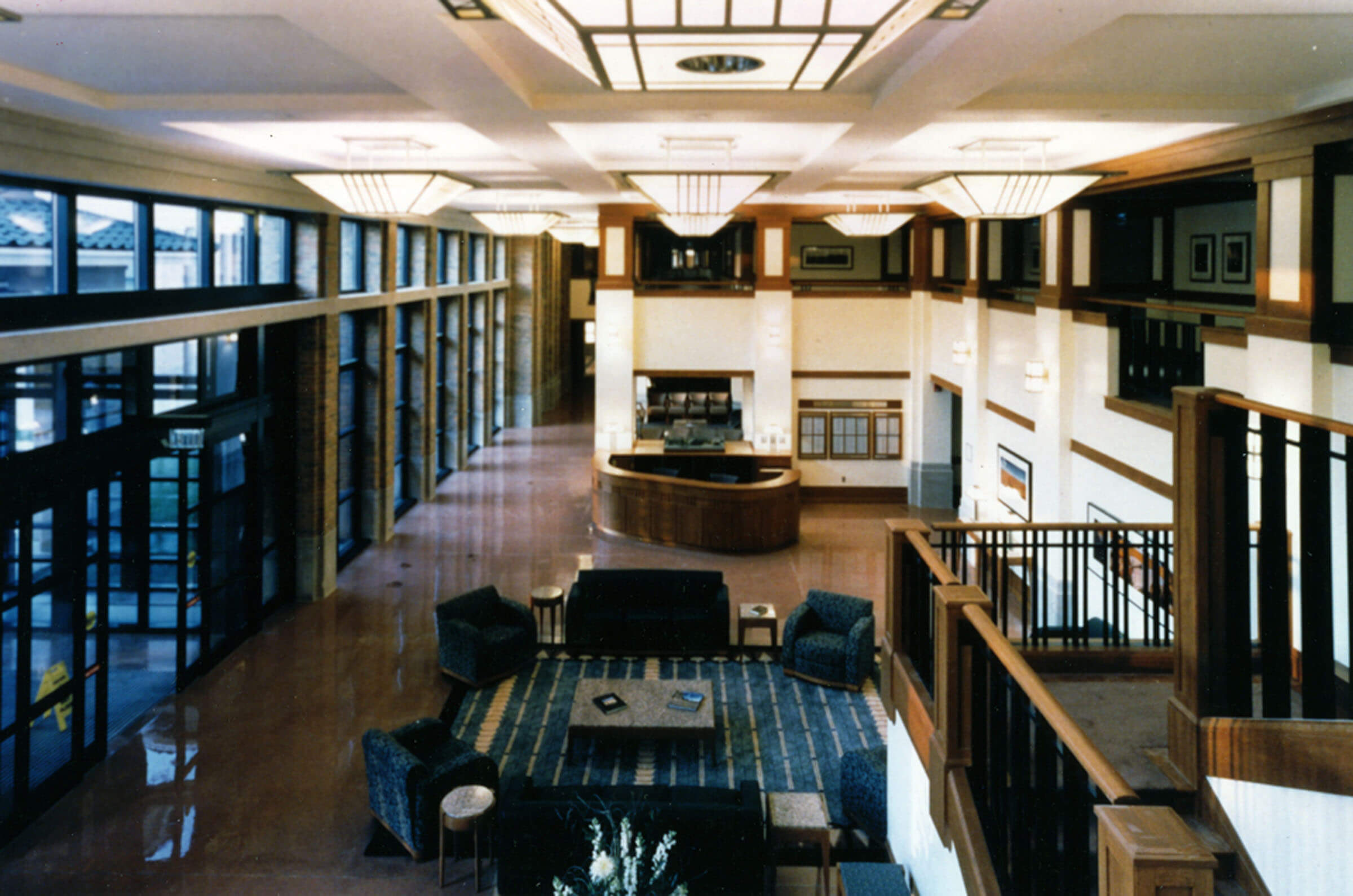 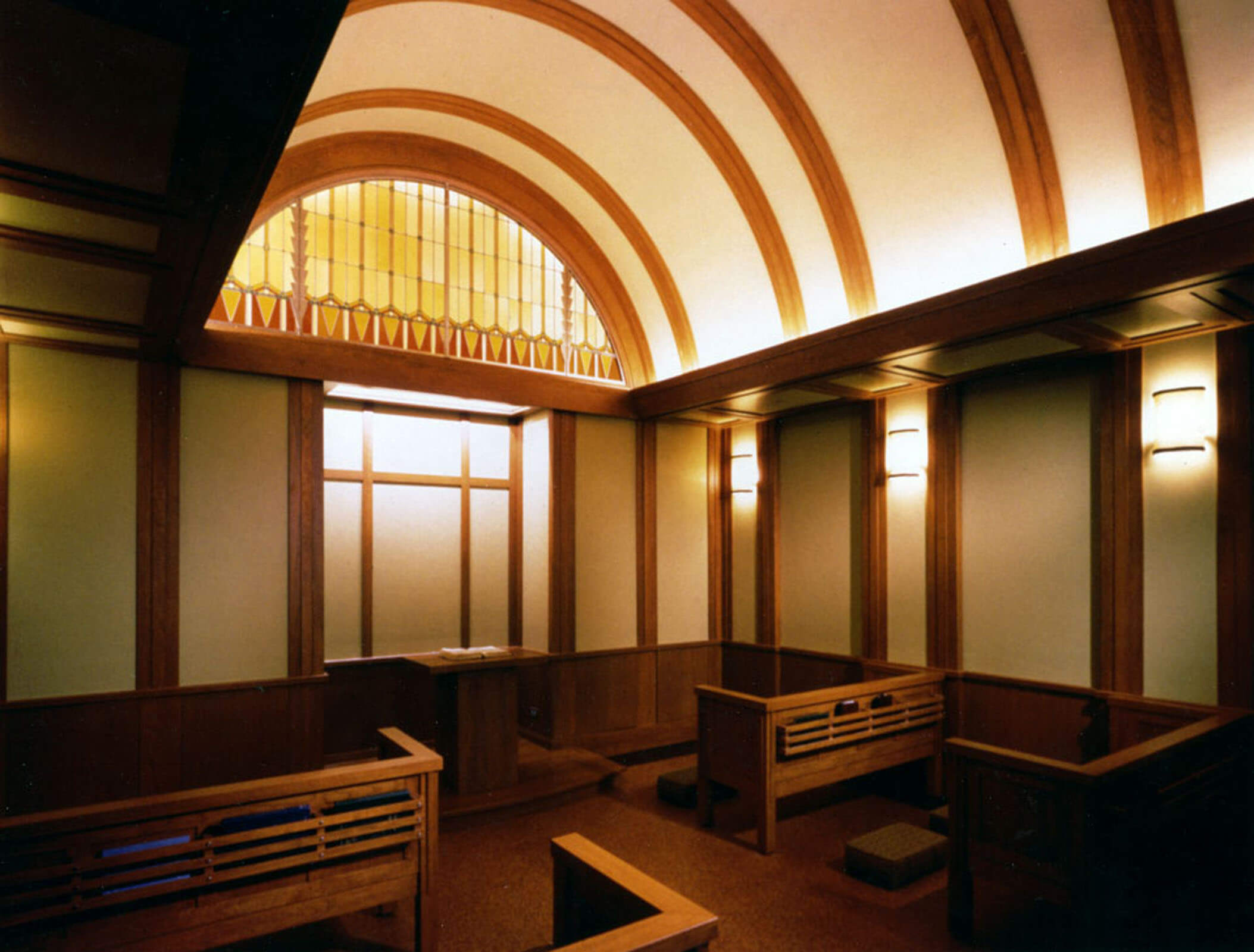 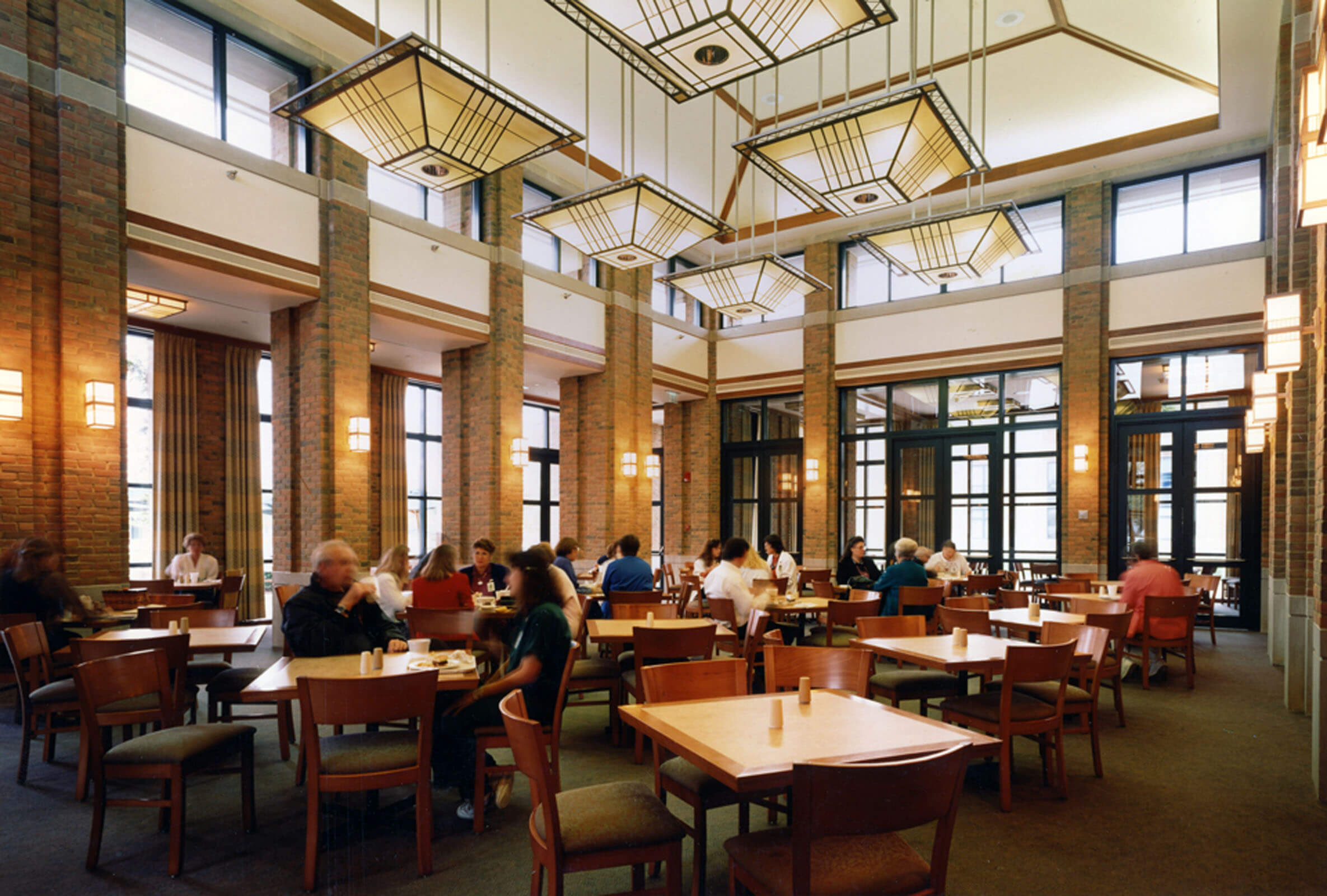 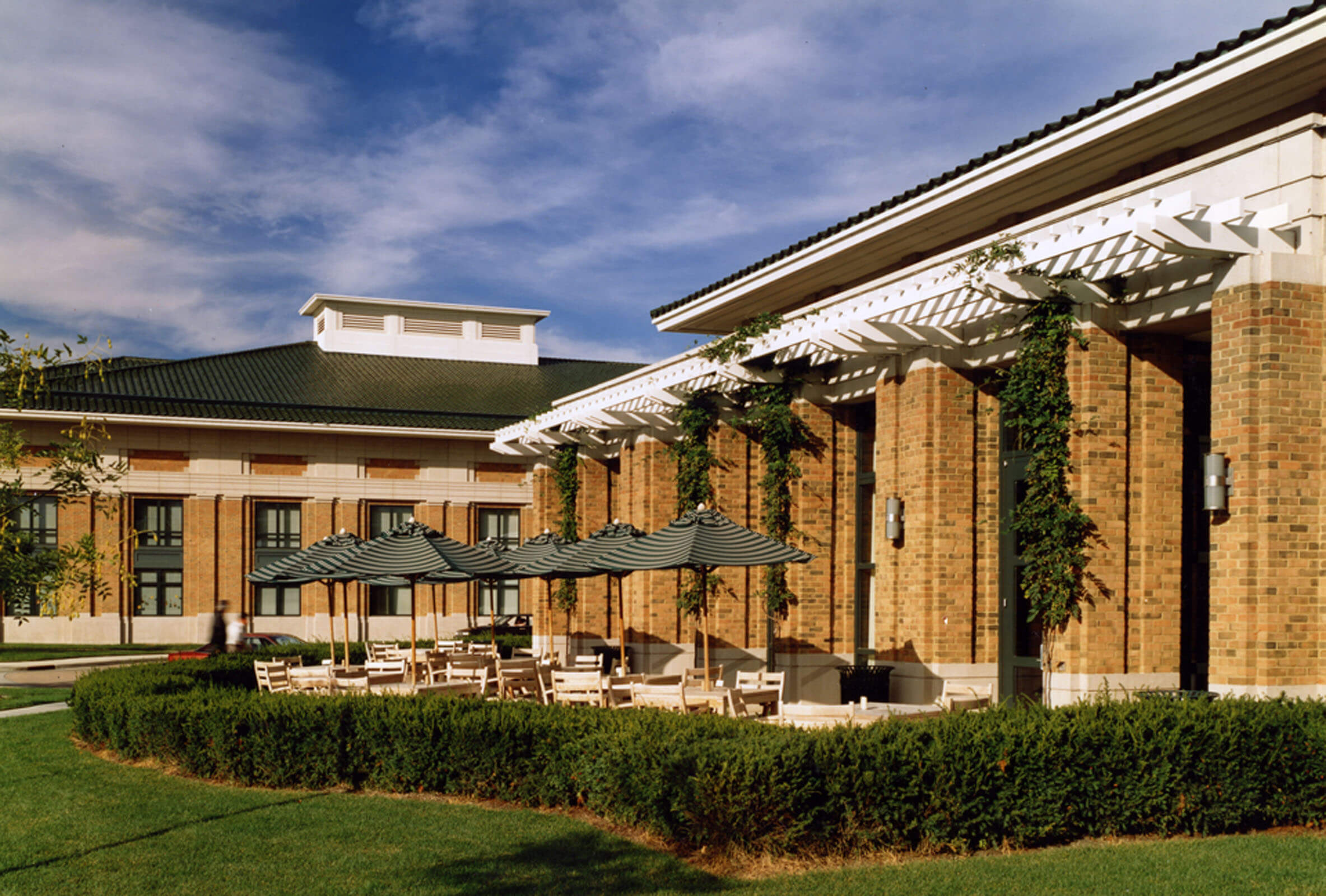 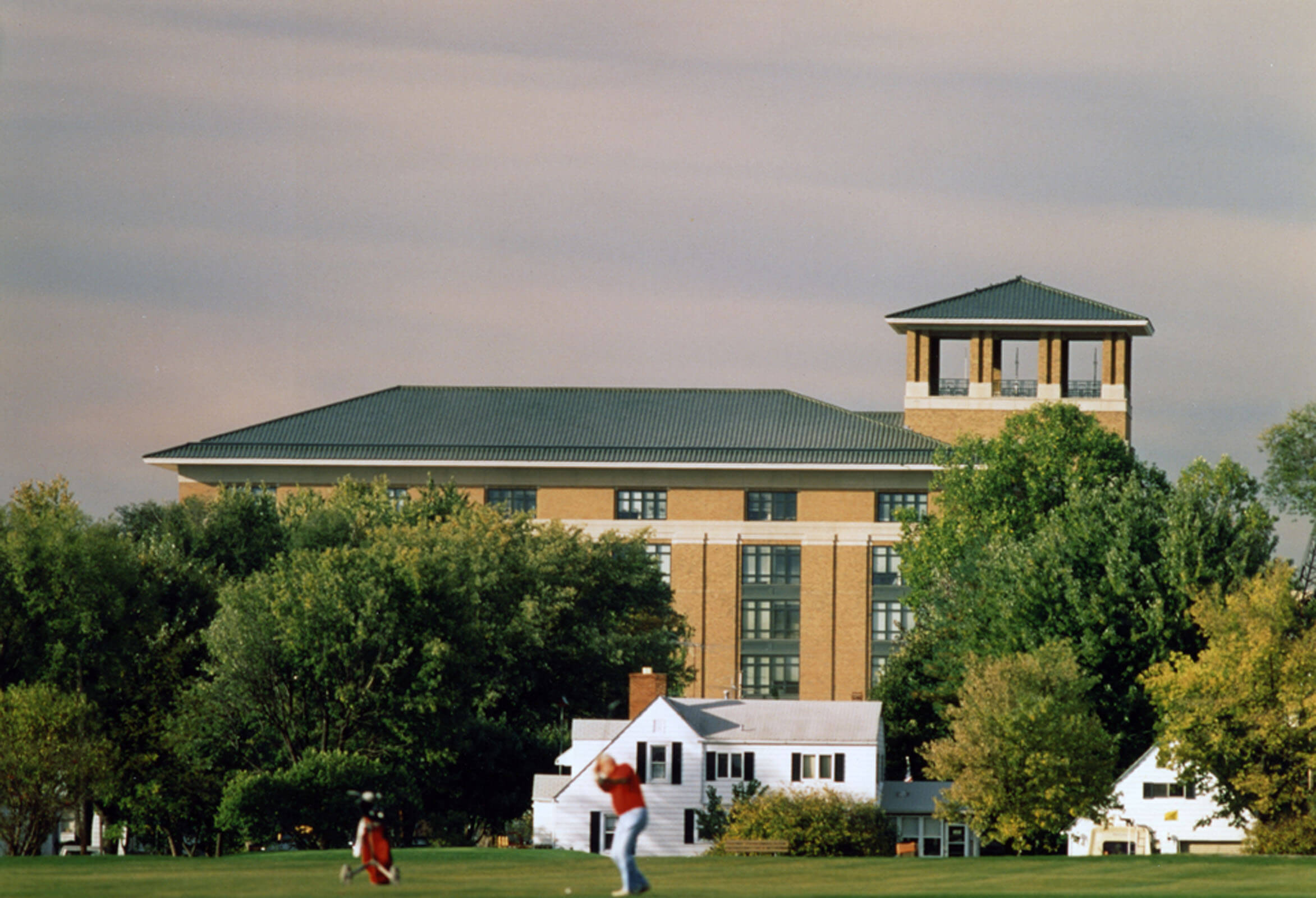