The George W. Bush Presidential Center houses the Presidential Library and Museum together with the George W. Bush Institute in a single environmentally sustainable building set in a sustainable native Texas landscape designed by Michael Van Valkenburgh Associates. The building has been certified LEED Platinum, the highest level in the U.S. Green Building Council's Leadership in Energy and Environmental Design rating system.

The brick and Texas Cordova Cream limestone building complements the historic American Georgian character of the Southern Methodist University campus which it adjoins. The Museum and Presidential Archives are approached from SMU Boulevard on the north, across a colonnaded courtyard, Freedom Plaza. The courtyard also accesses a full-service restaurant and a museum store.

Once entered, the pecan-paneled lobby leads to the Archives in the building's east wing, where classrooms, research rooms for visiting scholars, and offices for the National Archives and Records Administration (NARA) are located, and to the Museum directly ahead to the south, where Freedom Hall lies at the building's heart.

The Museum's central orientation point, Freedom Hall is a 67-foot-high, 50-by-50-foot Texas Cordova Cream limestone lantern that brings daylight into the heart of the building and, at night, forms a softly glowing beacon. Twenty feet above Freedom Hall's Marianna Cream limestone-paved floor, a twenty-foot-high, 360-degree high-definition LED media display introduces visitors to the Museum's public exhibition galleries, which include a full-scale replica of the Oval Office and a Texas rose garden modeled on the Rose Garden at the White House. Freedom Hall also provides access to a courtyard with a café.

The Institute is entered from the west at the termination of Binkley Avenue, which connects it directly to the SMU campus. Wrapping the south side of the building, the Institute wing includes a 360-seat broadcast-ready auditorium and a fully-equipped broadcast and recording studio, as well as seminar, meeting, and reception rooms and terraces that look to the Dallas skyline across the 14-acre park and university recreational fields. 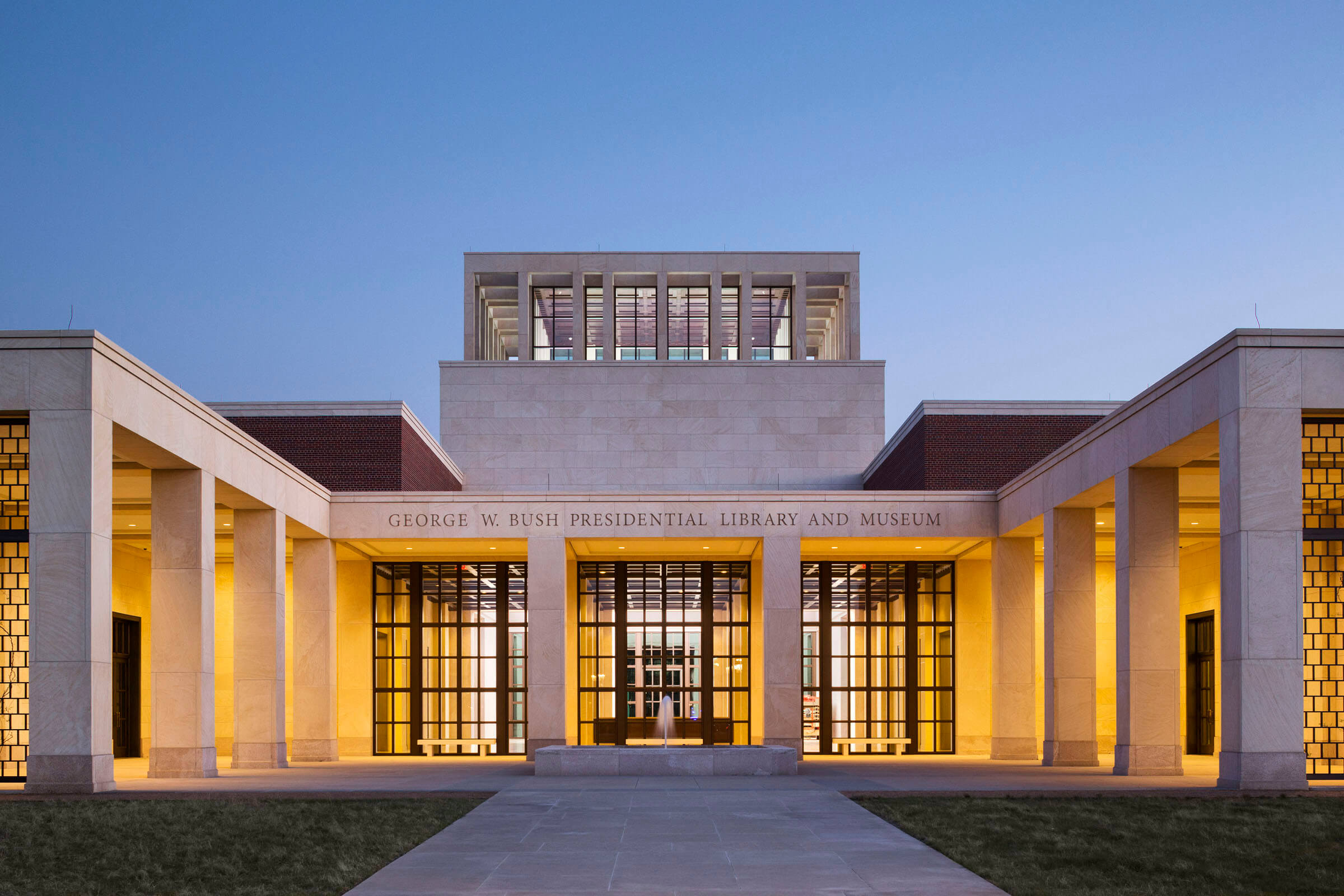 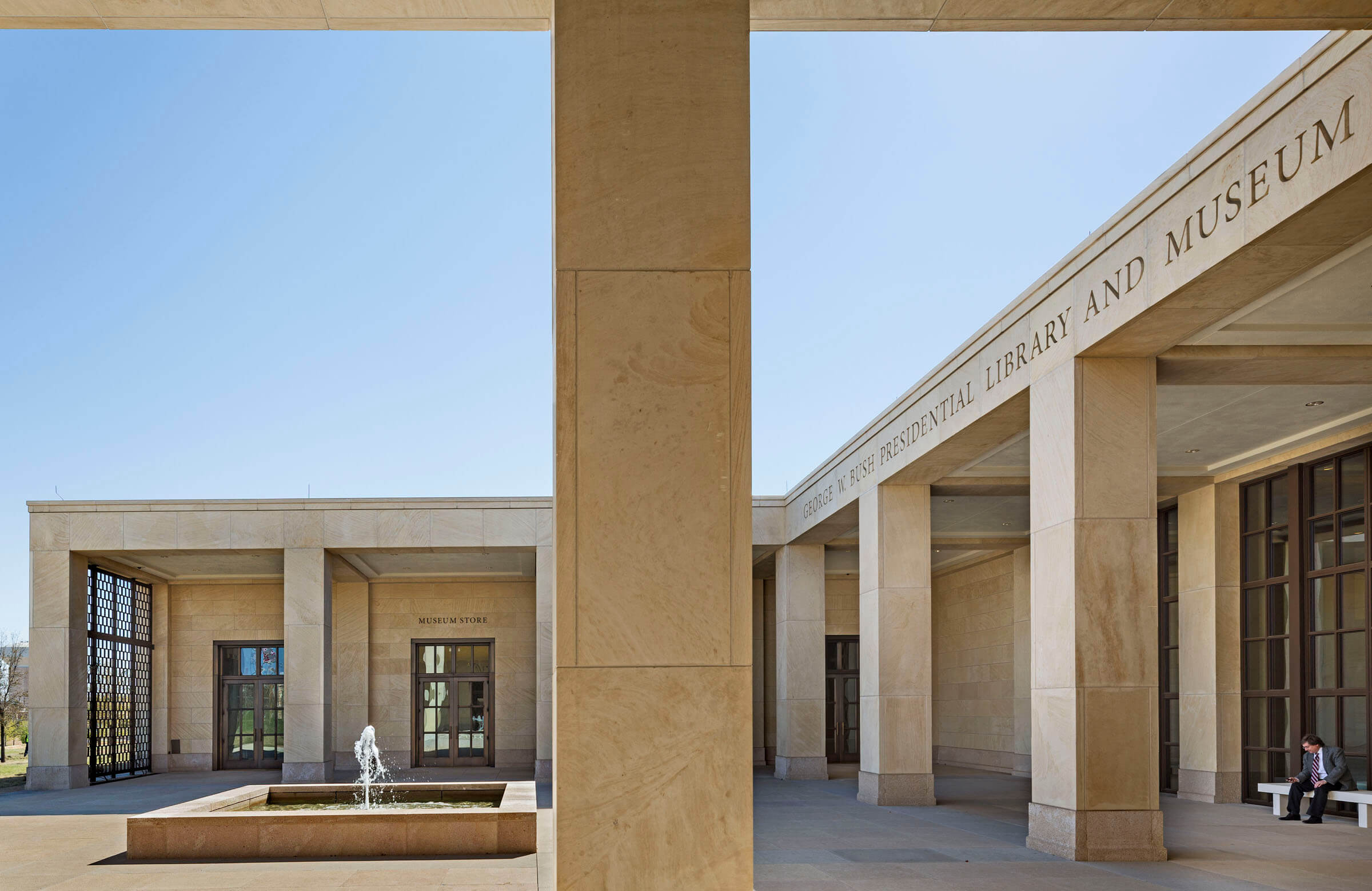 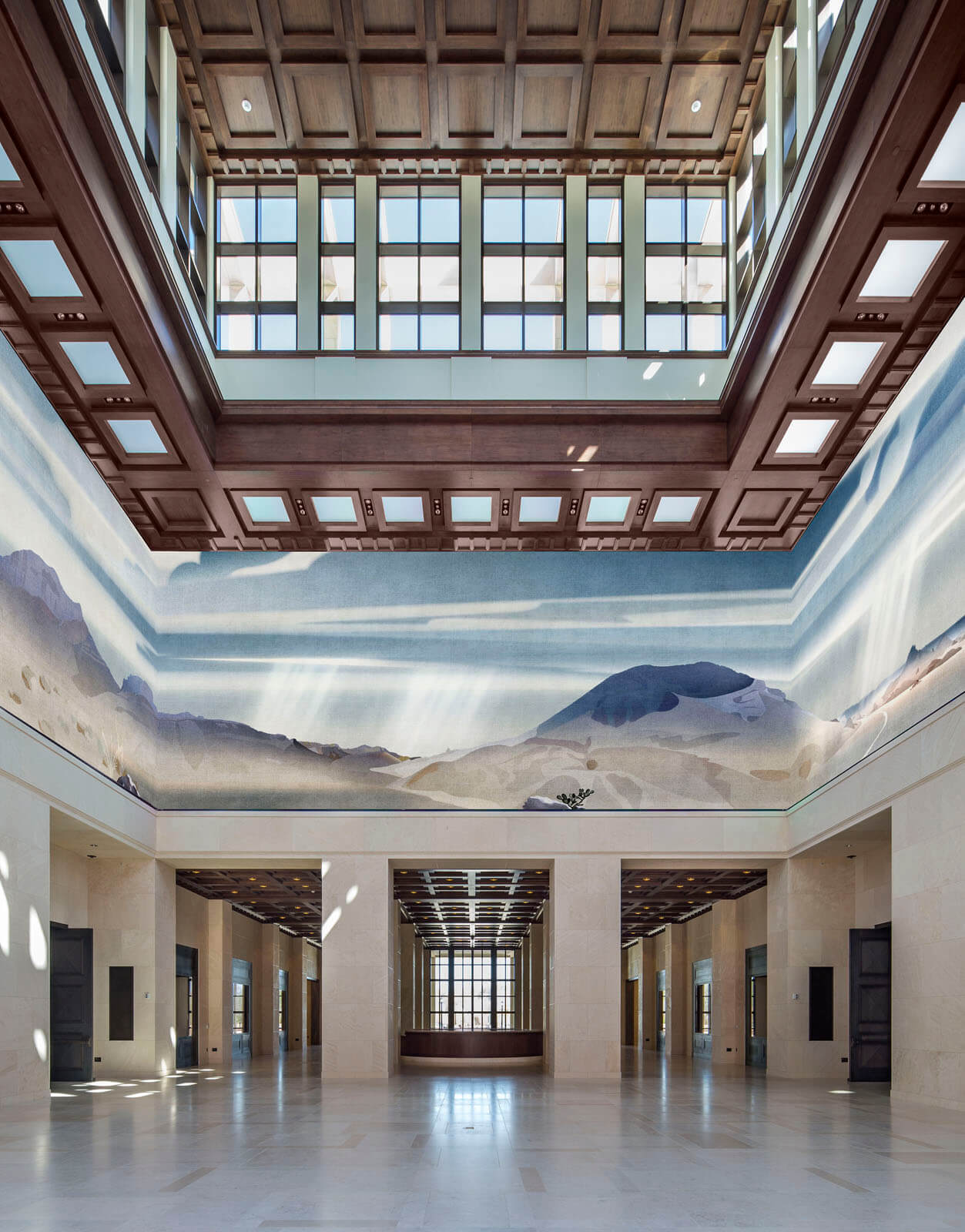 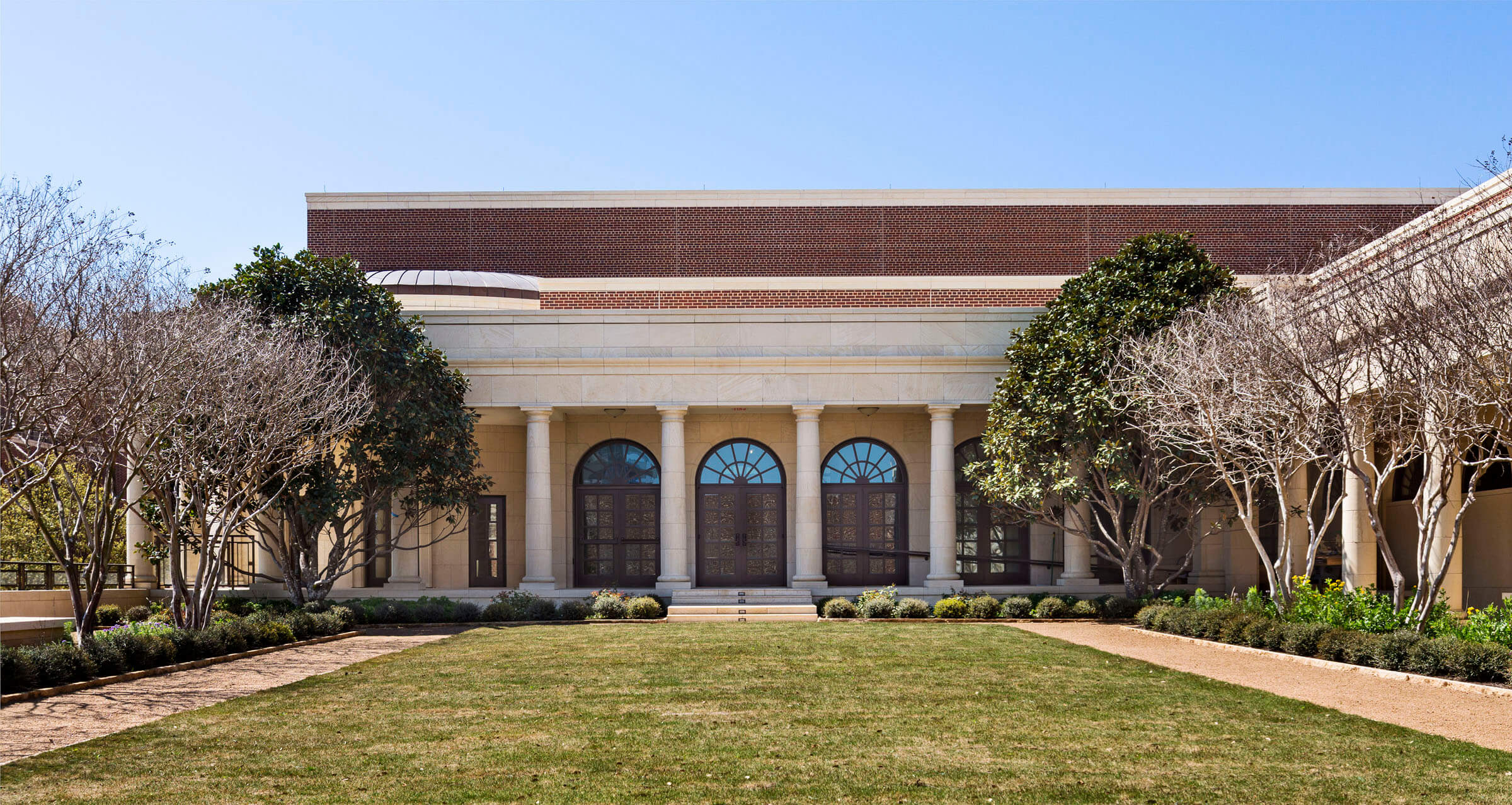 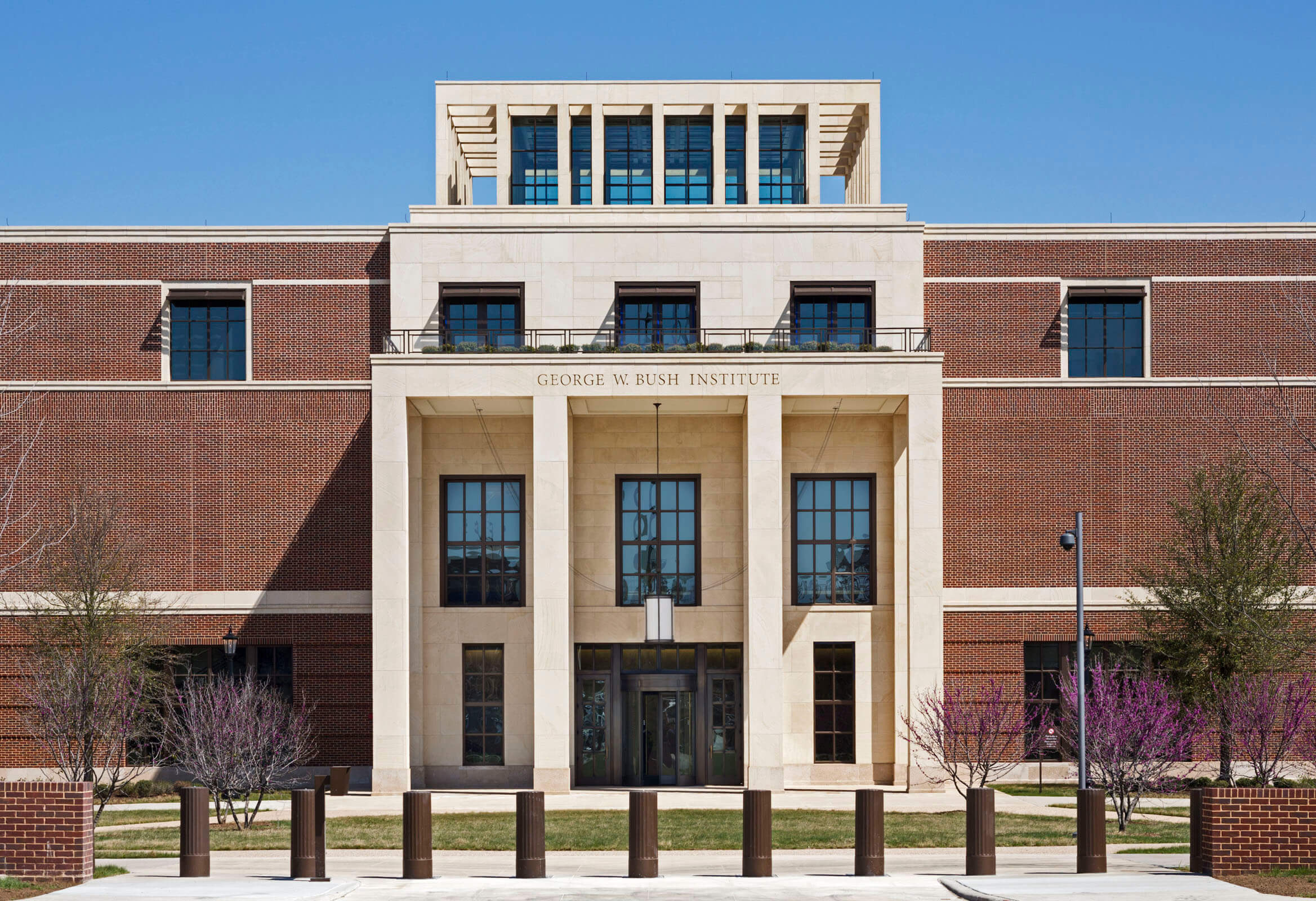 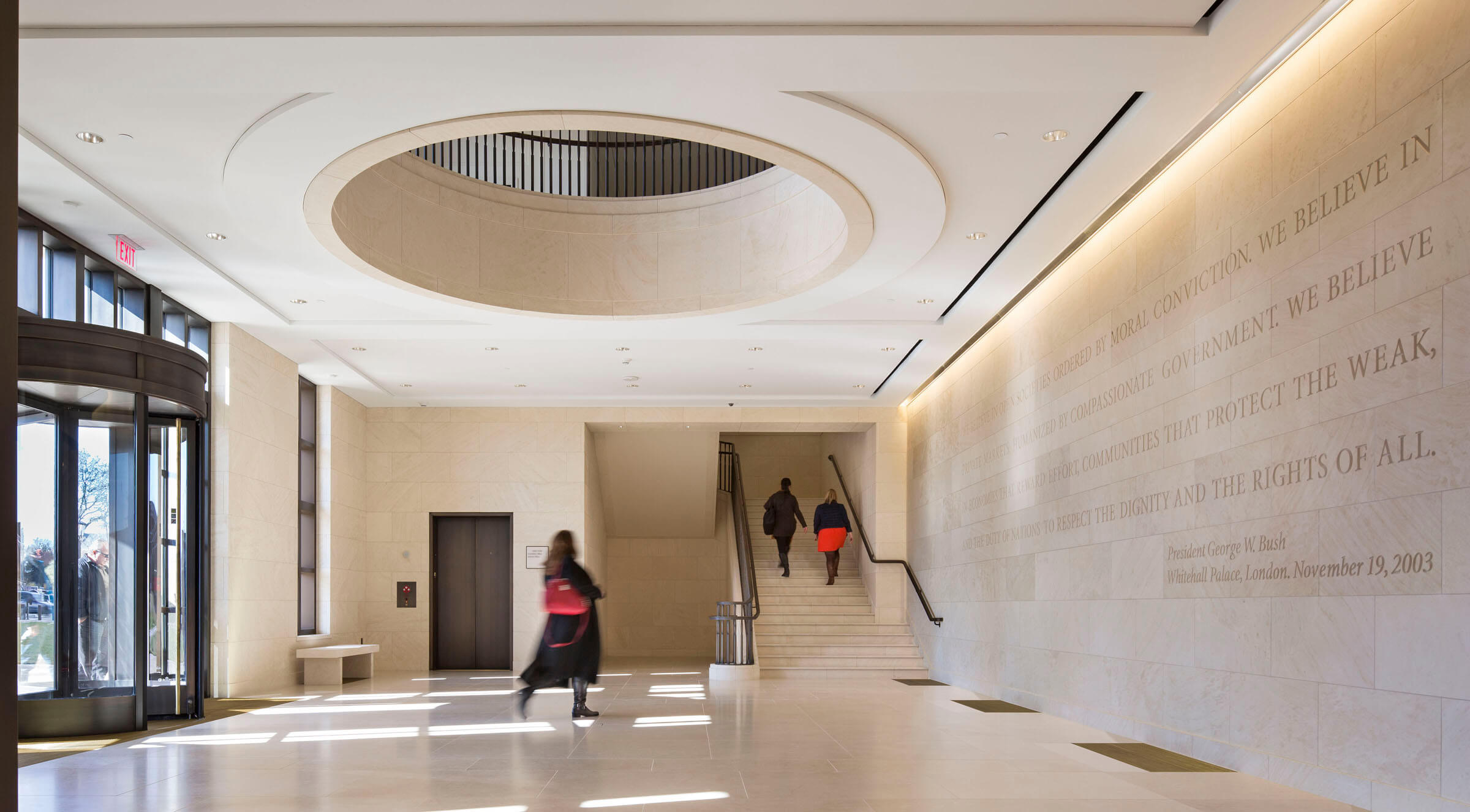 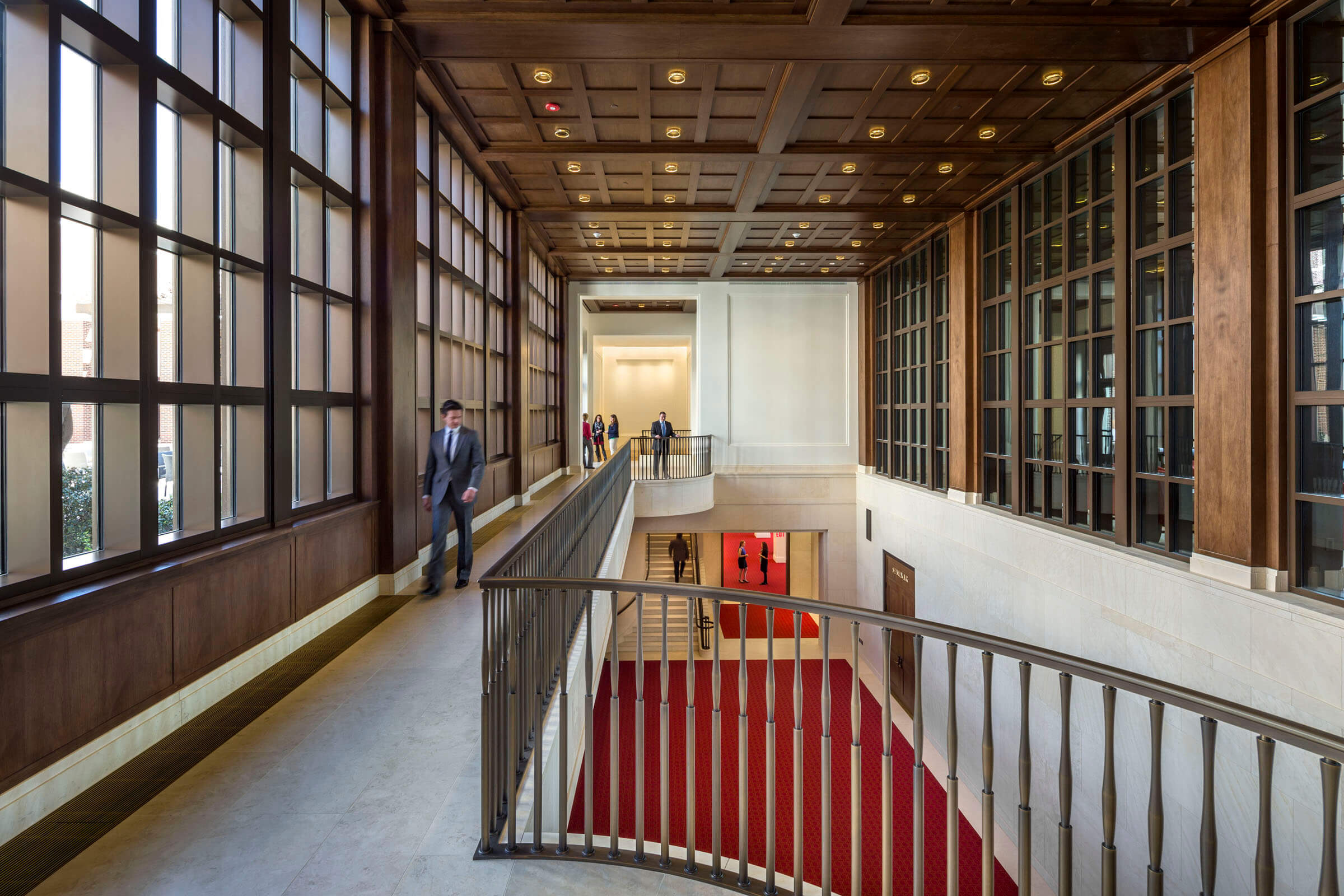 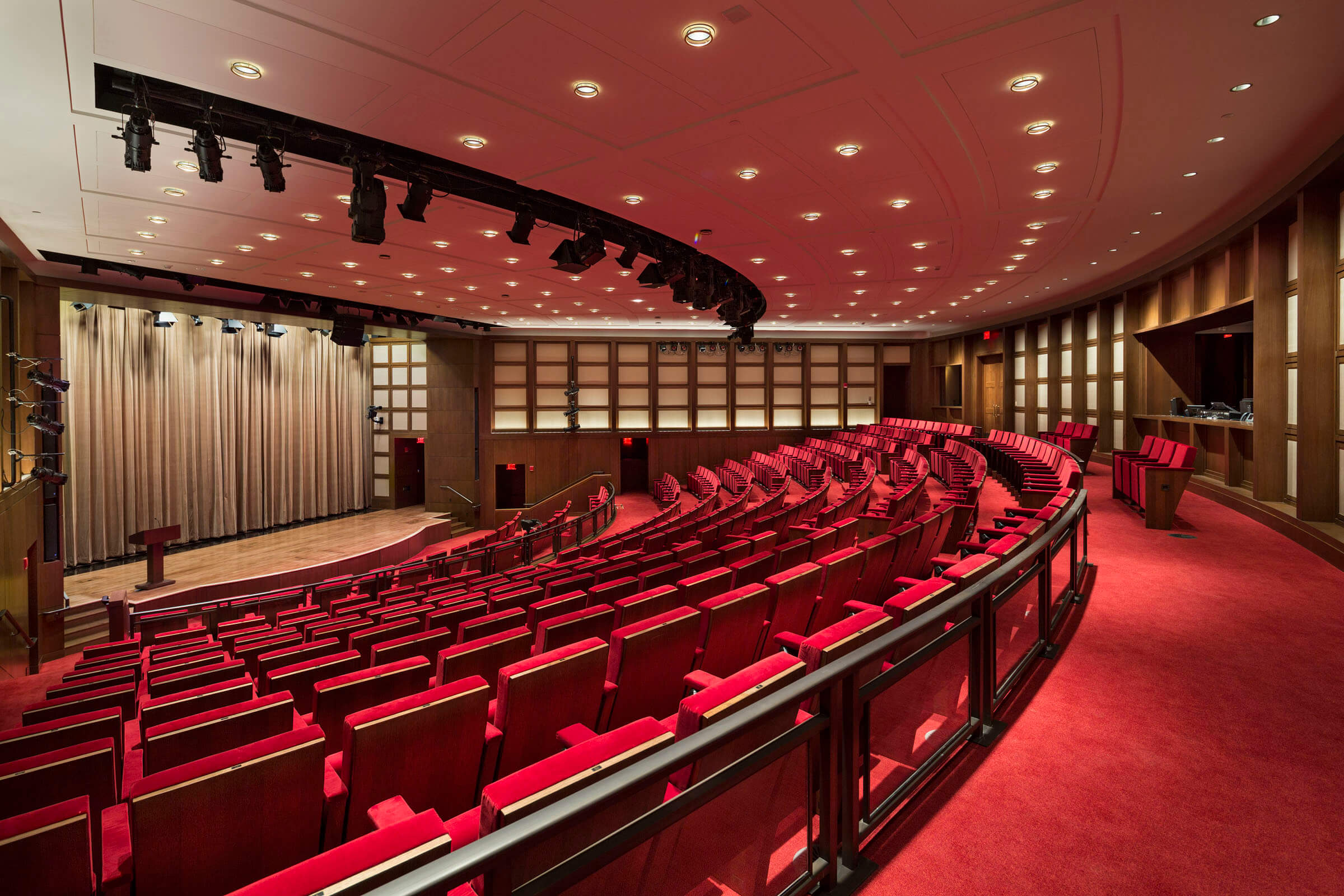 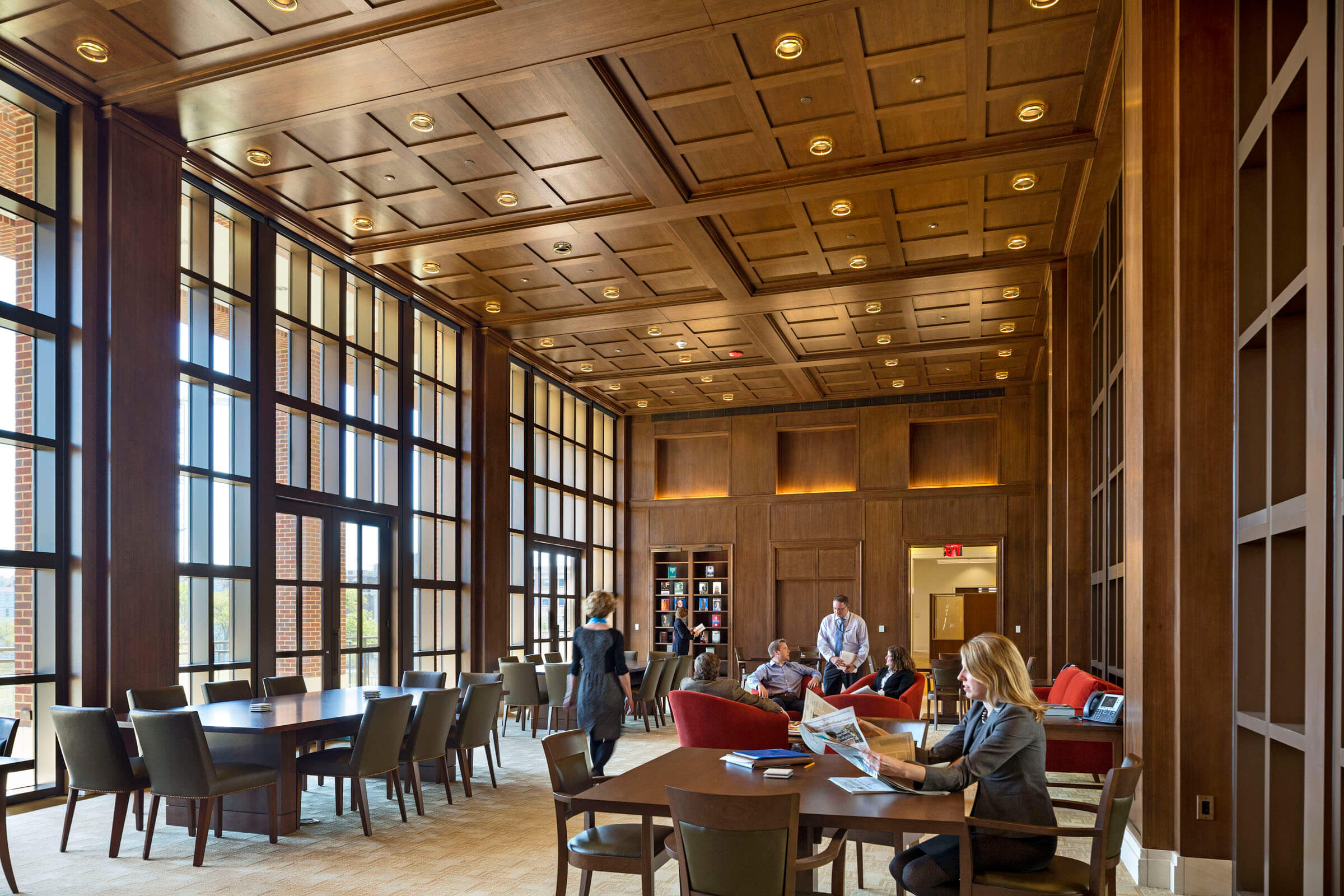 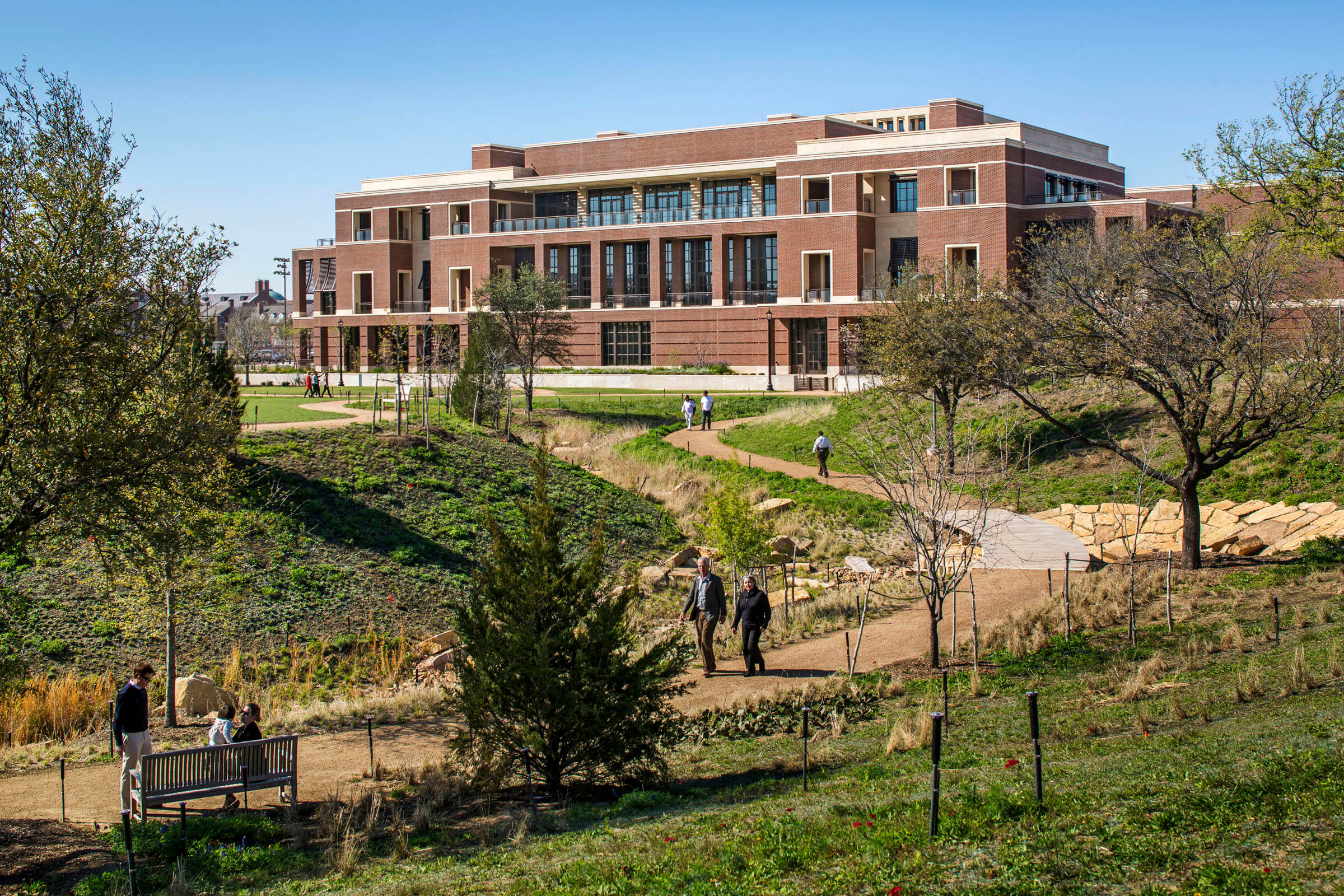