This shingled house occupies a wooded headland site with panoramic views of Hampton Roads and the James River. In order to reduce the apparent scale of the structure, and to open views in at least two directions from most rooms, the house is configured as a broadly-gabled main mass with an extended service wing that is both lower than and set back from the former. Inside the larger portion of the house are the principal formal rooms, while the master bedroom suite is in the "tail"; between them, and toward the back, the garage wing both defines and separates the owners' public and private gardens. A tower that recalls those of traditional shingled architecture in New England, as well as the lighthouses of the Virginia and Carolina coasts, anchors the composition at its southern end.

Borrowing from the shipbuilding traditions of the area, the main roofs are gently bowed. Exterior detailing combines picturesque elements of the Shingle Style with the Georgian vocabulary of Tidewater farmhouses for the landed gentry. Inside and out, the use of such materials as hand-molded brick and heart pine floors is intended to tie the house more closely to its region.

The house is planned to showcase the owners' collections of art objects and paintings. A wide gallery creates an axis from the front door to the library; the principal rooms open to either side. A similarly-scaled gallery, top-lit by concealed skylights, extends directly above it. To the east, the double-height living room is, in effect, a great hall anchored by the main stair at one end and the fireplace at the other. The intense southern sun is diffused into this room through the broad covered porch overlooking the lawn and the water views. 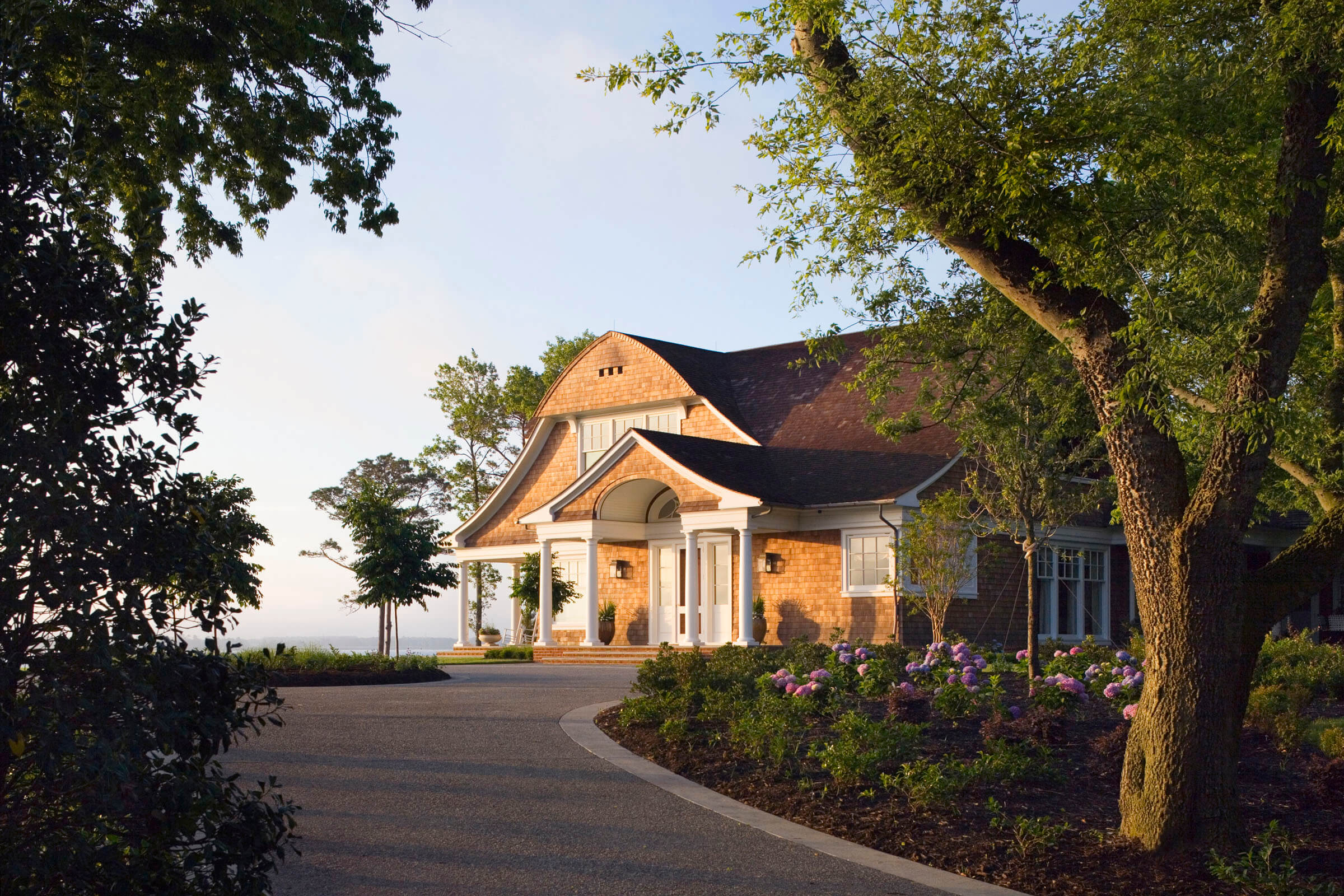 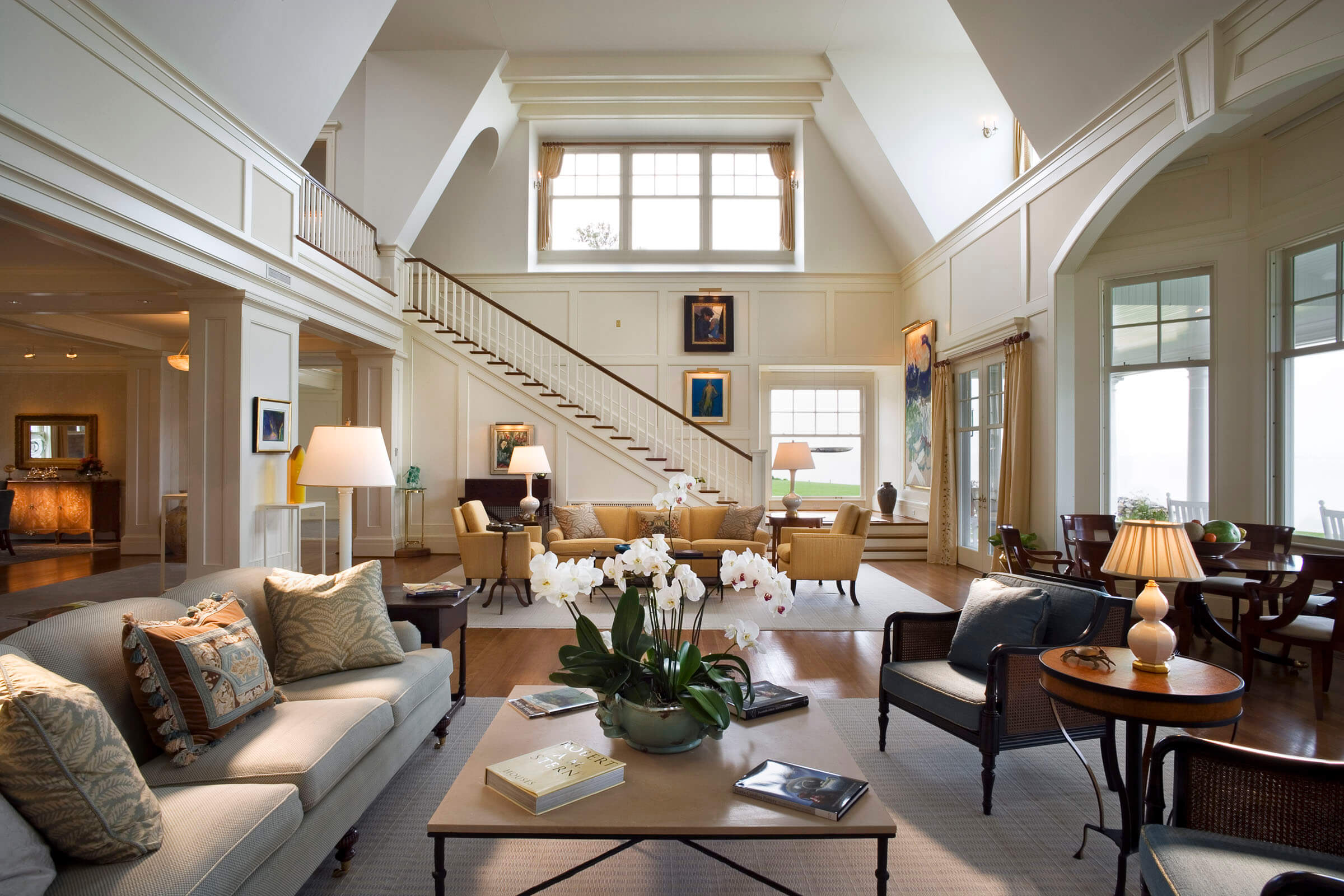 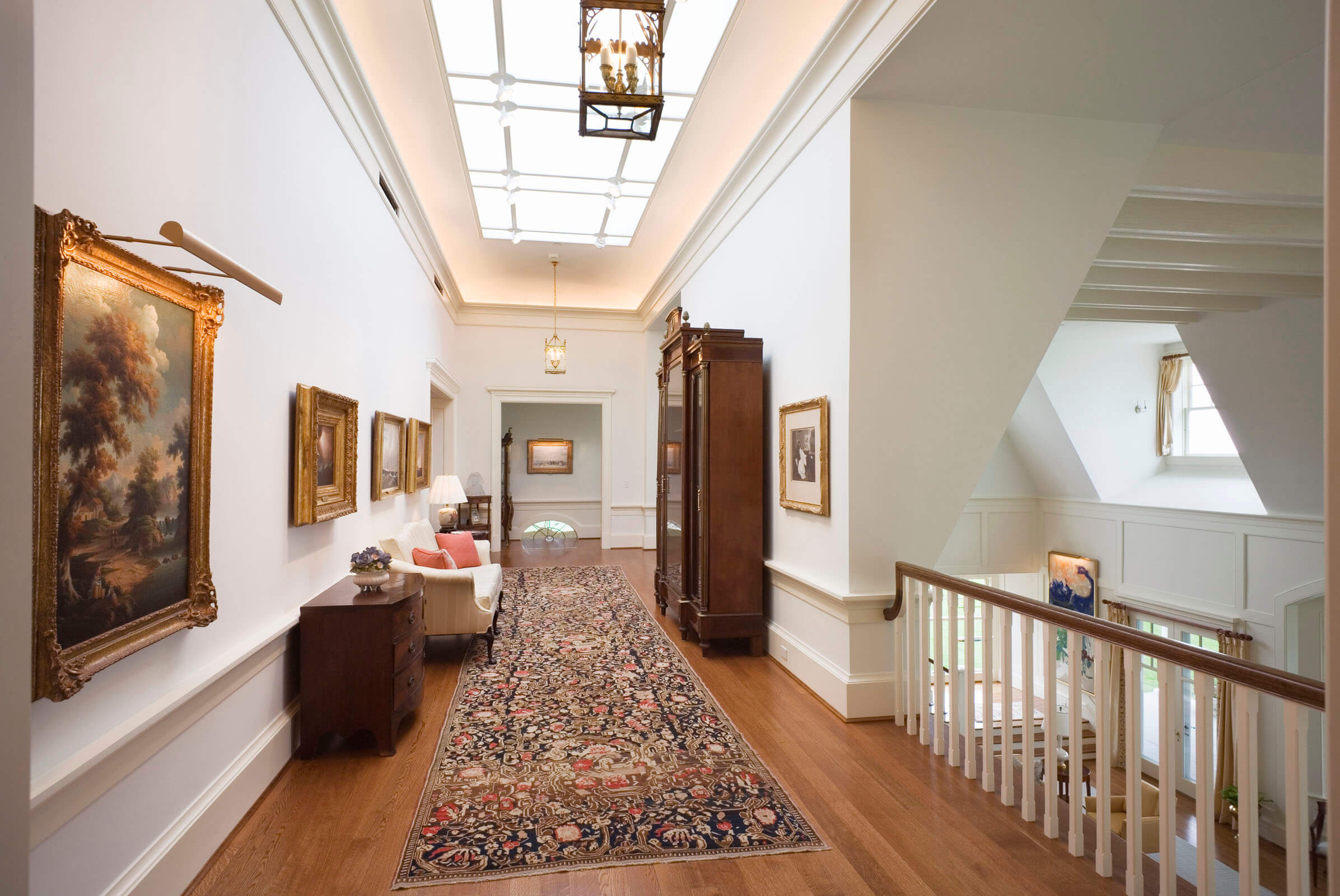 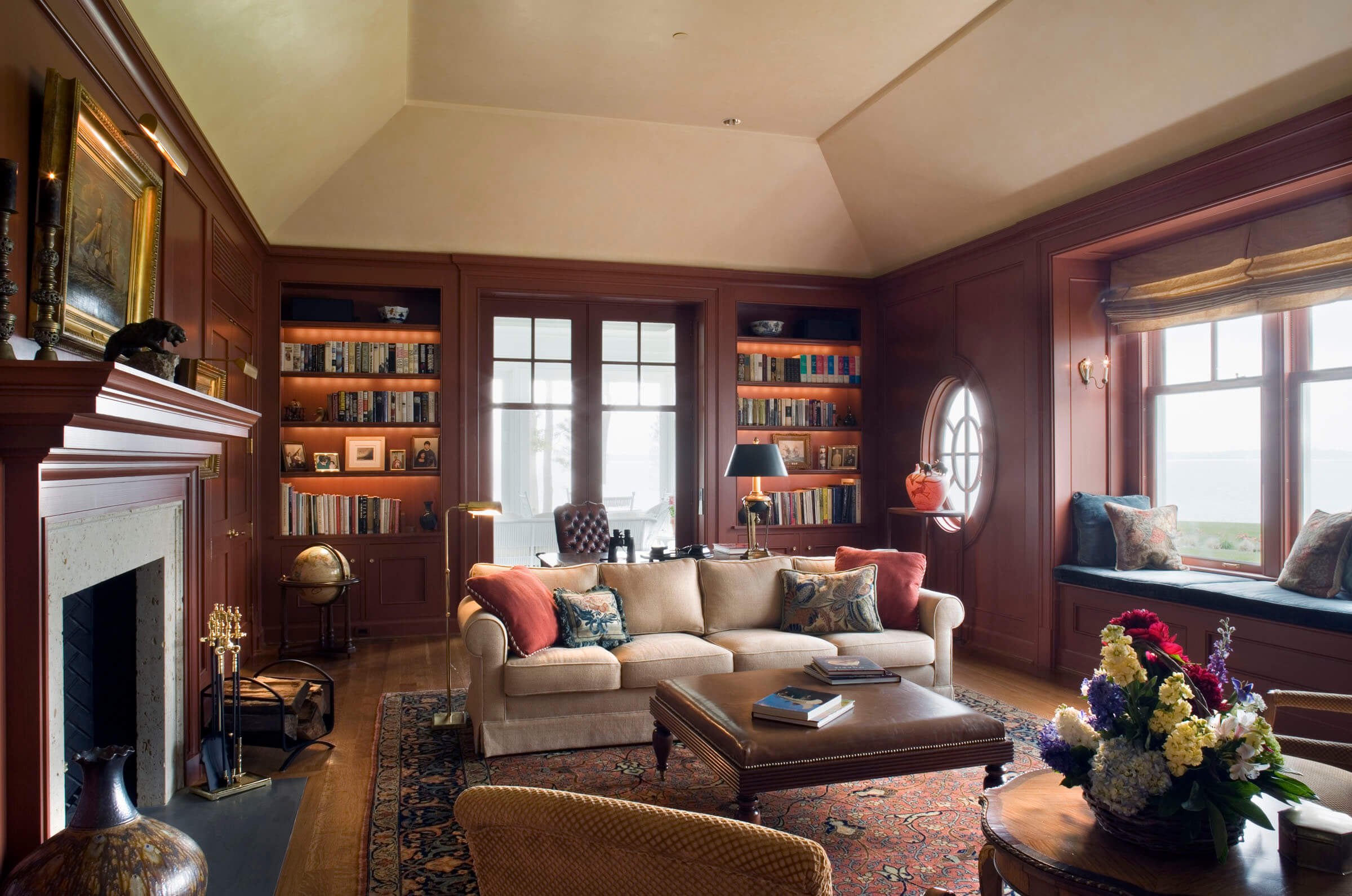 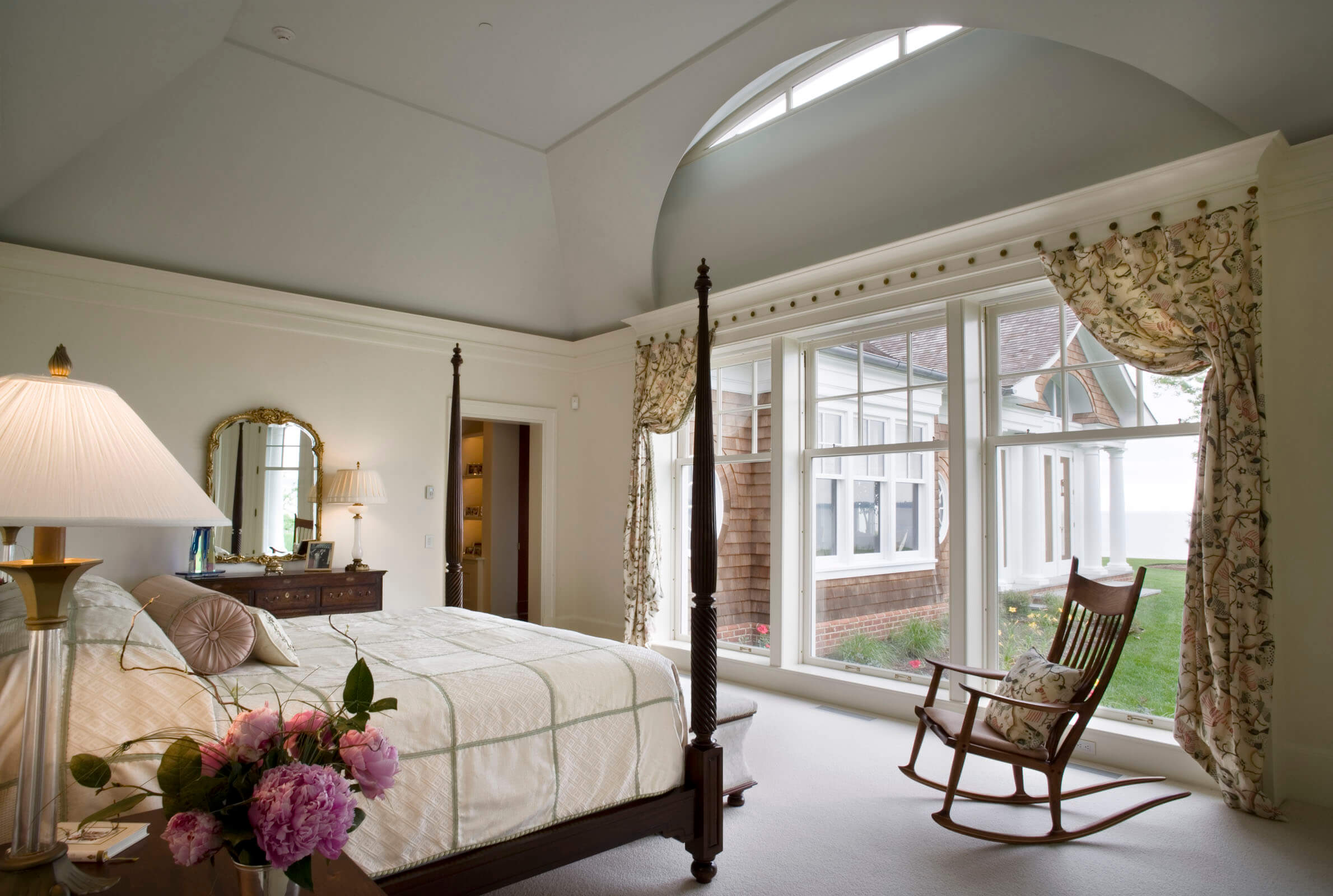 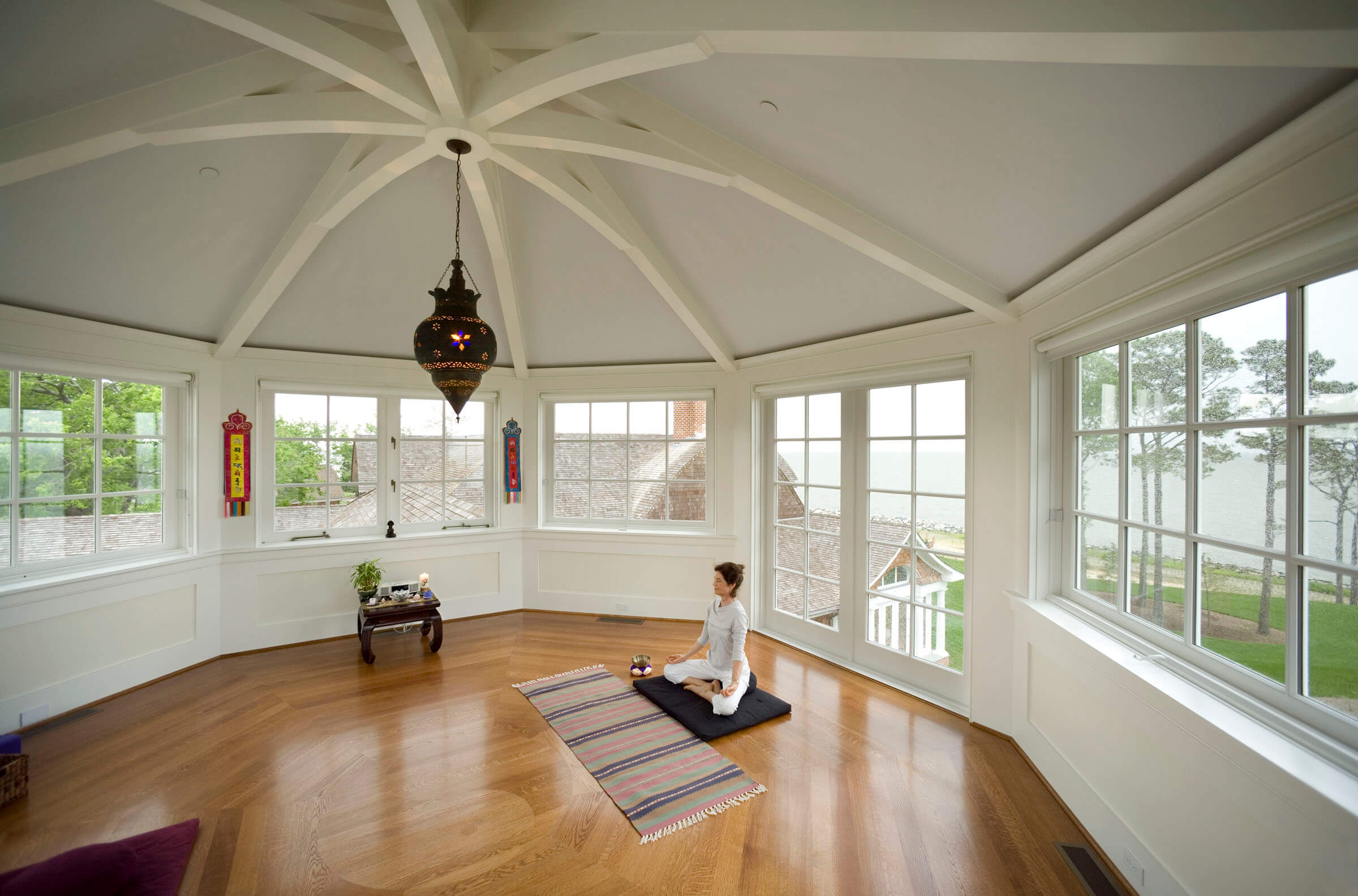 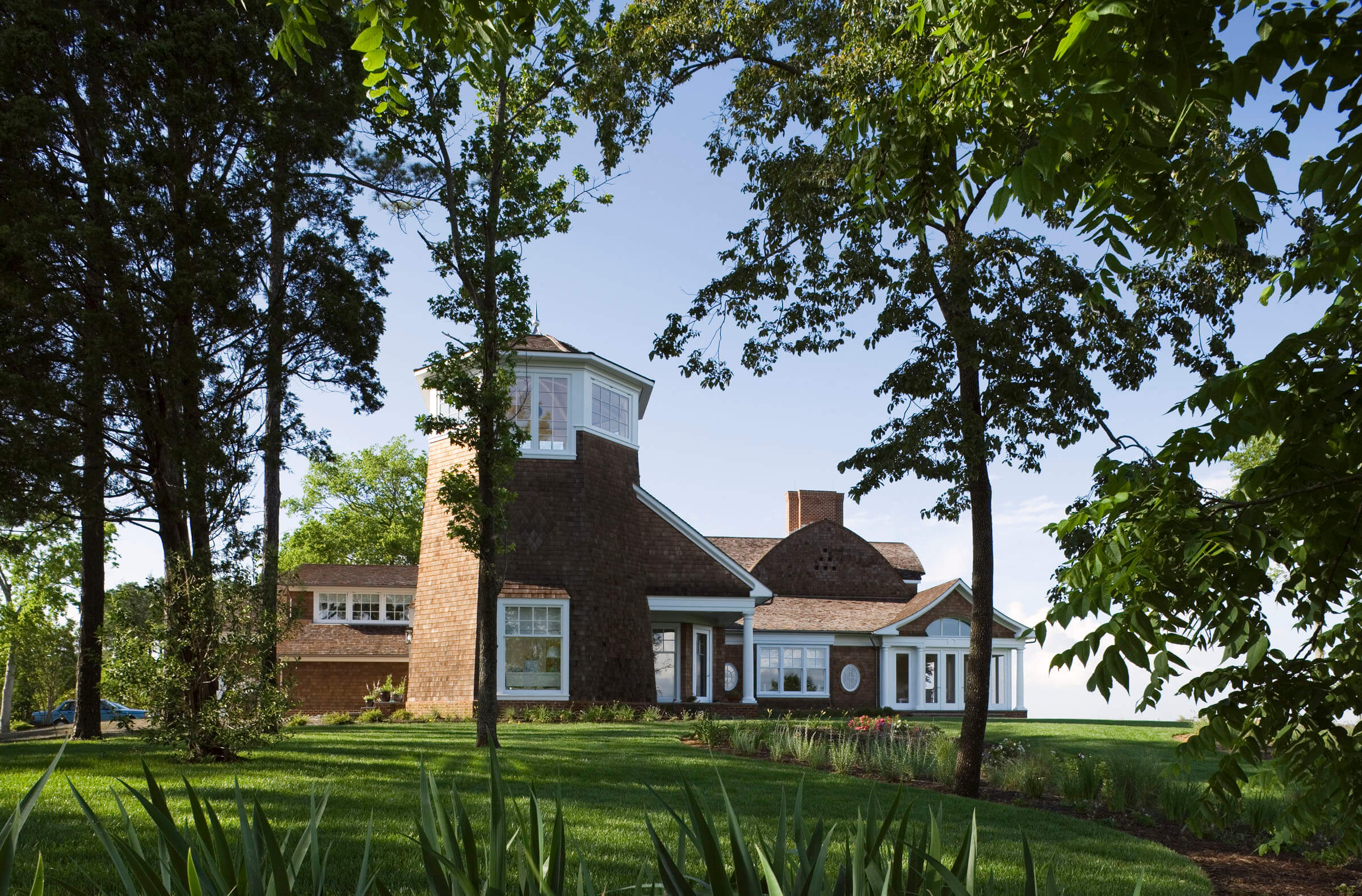 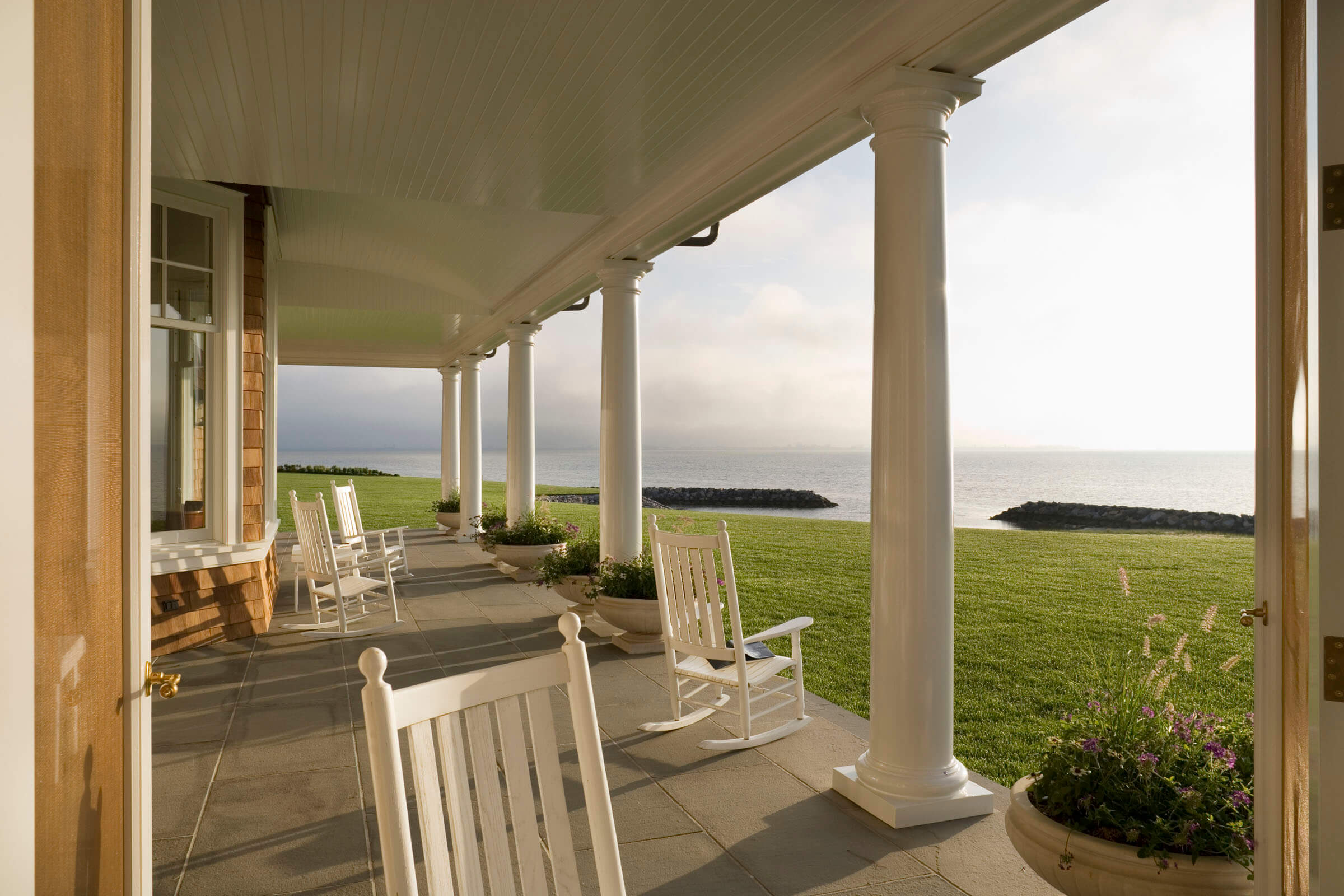 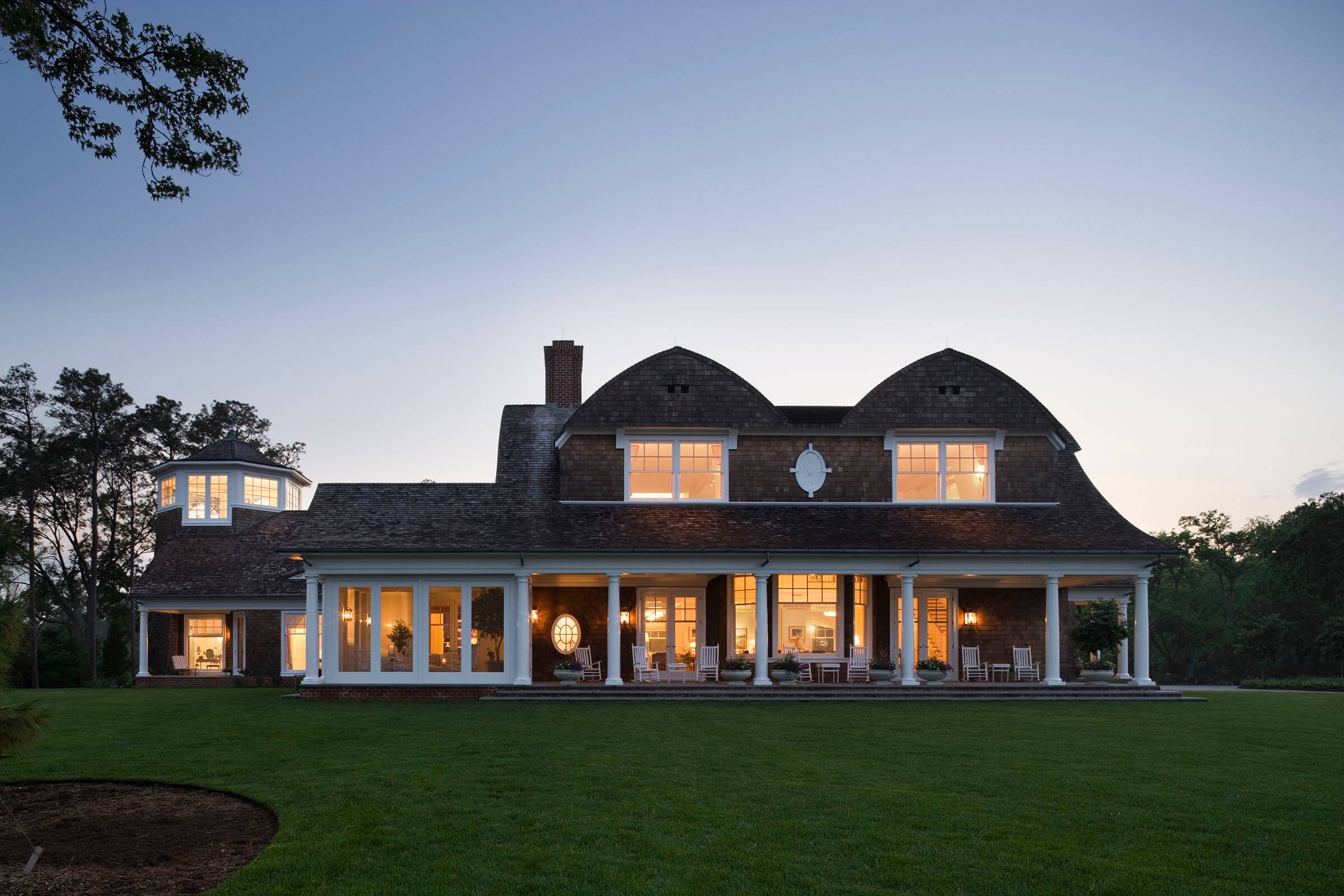