Part of a larger effort to rebuild the California State University campus after the 1994 Northridge earthquake, the AMC Building addresses the structural and technical demands of a state of the art teaching facility and complements the modern traditions of the 43-year-old Northridge campus with a 98,000 square foot building that defines the southwest corner of Sierra Quad. Facing the quad, the building's galleries look to the north through a two storey high glass and metal curtain wall raised on a single story buff colored brick base and capped with an upward curving metal roof carried by a double-height colonnade of tripartite metal column bundles, echoing the design and the scale of the Oviatt Library, toward which it opens across Sierra Quad. At the northeast corner of the building, the last bay of the colonnade is open to shelter a triple-height roofed entrance plaza, bounded to the south by a smooth-finished concrete wall which encloses the screening room.

Inside the north wing, in addition to the galleries, screening room, and lecture hall, there are nine multimedia classrooms and offices for the student newspaper, The Sundial. On the second floor, behind the double-height gallery and lounge overlooking views of Oviatt and Sierra Quad, are seminar rooms and specialized spaces for the Journalism and Communication Studies departments. Faculty offices and computer labs are located on the third floor.

Stretching to the west and south behind the glass and brick facade, the majority of the building is a stucco-clad L-shaped mass, the wings of which form two sides of a landscaped green. The south wing houses the Radio, Television and Film department offices, television and film studios, editing suites, and computer labs. The main hallway of the south wing runs along its east edge, with views to the green. Bounded to the north and west by the AMC building, the outer edges of courtyard green are marked by allees of eucalyptus trees, creating a grassy plaza that serve as a focal point for the School of Arts, Media, and Communication. 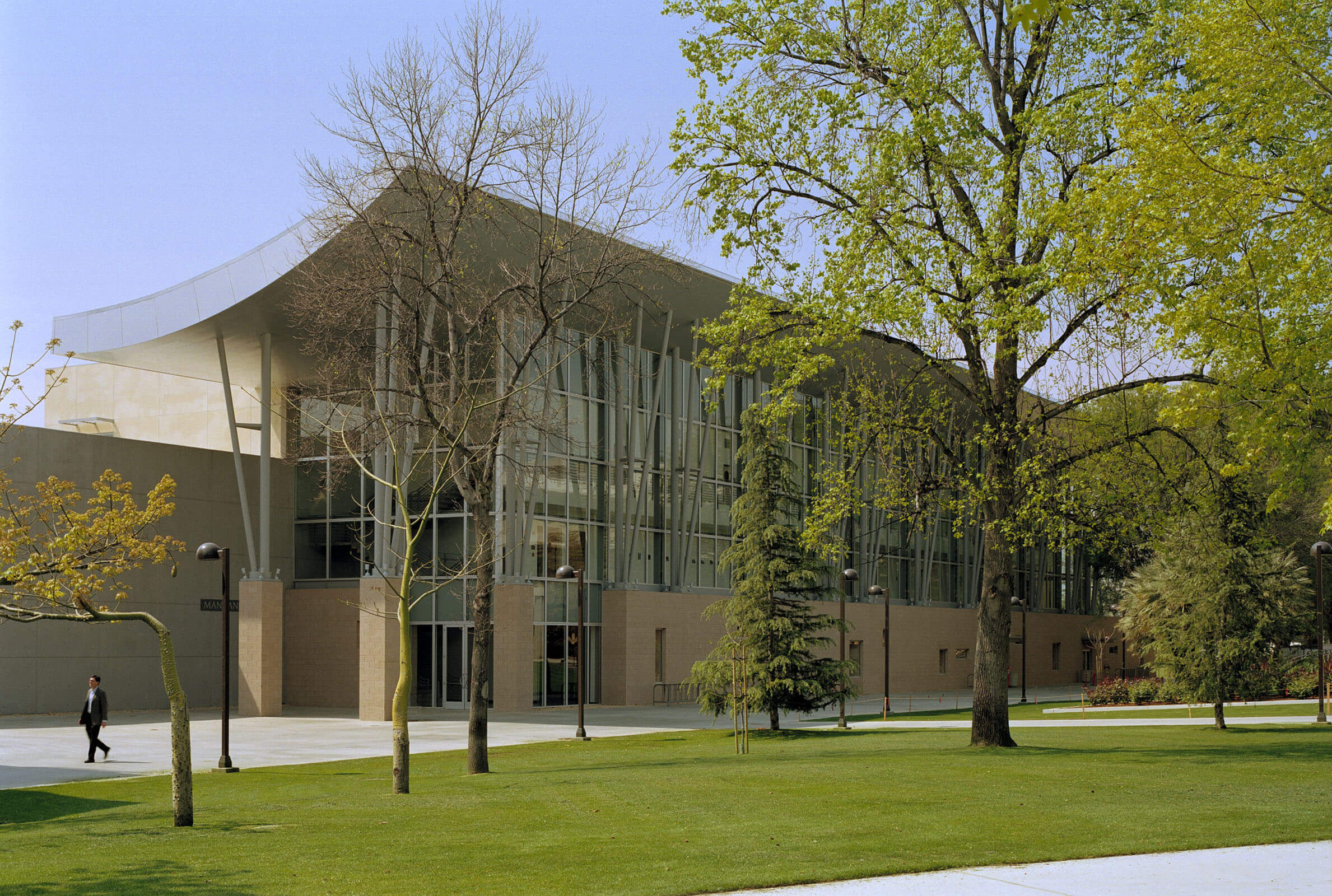 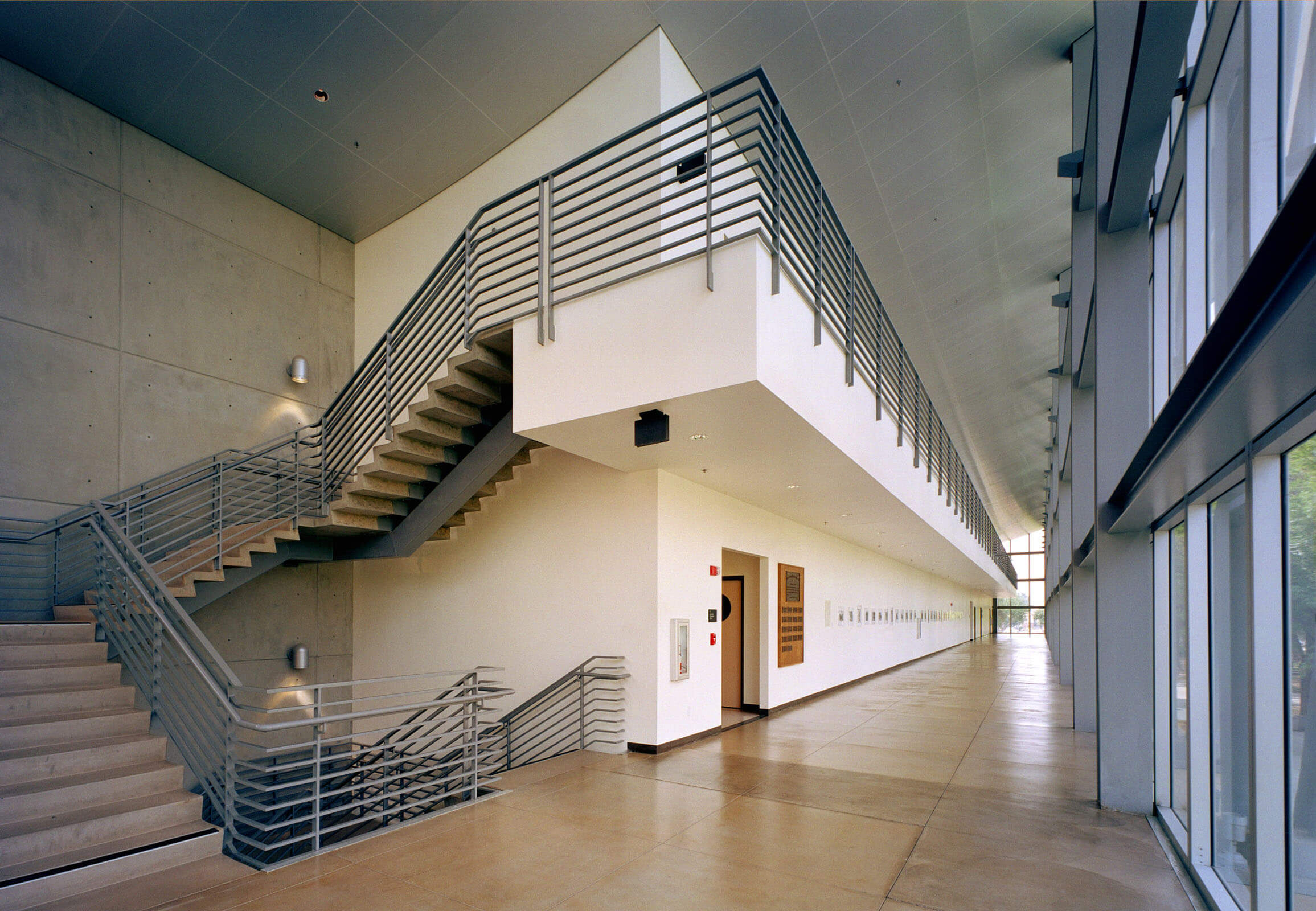 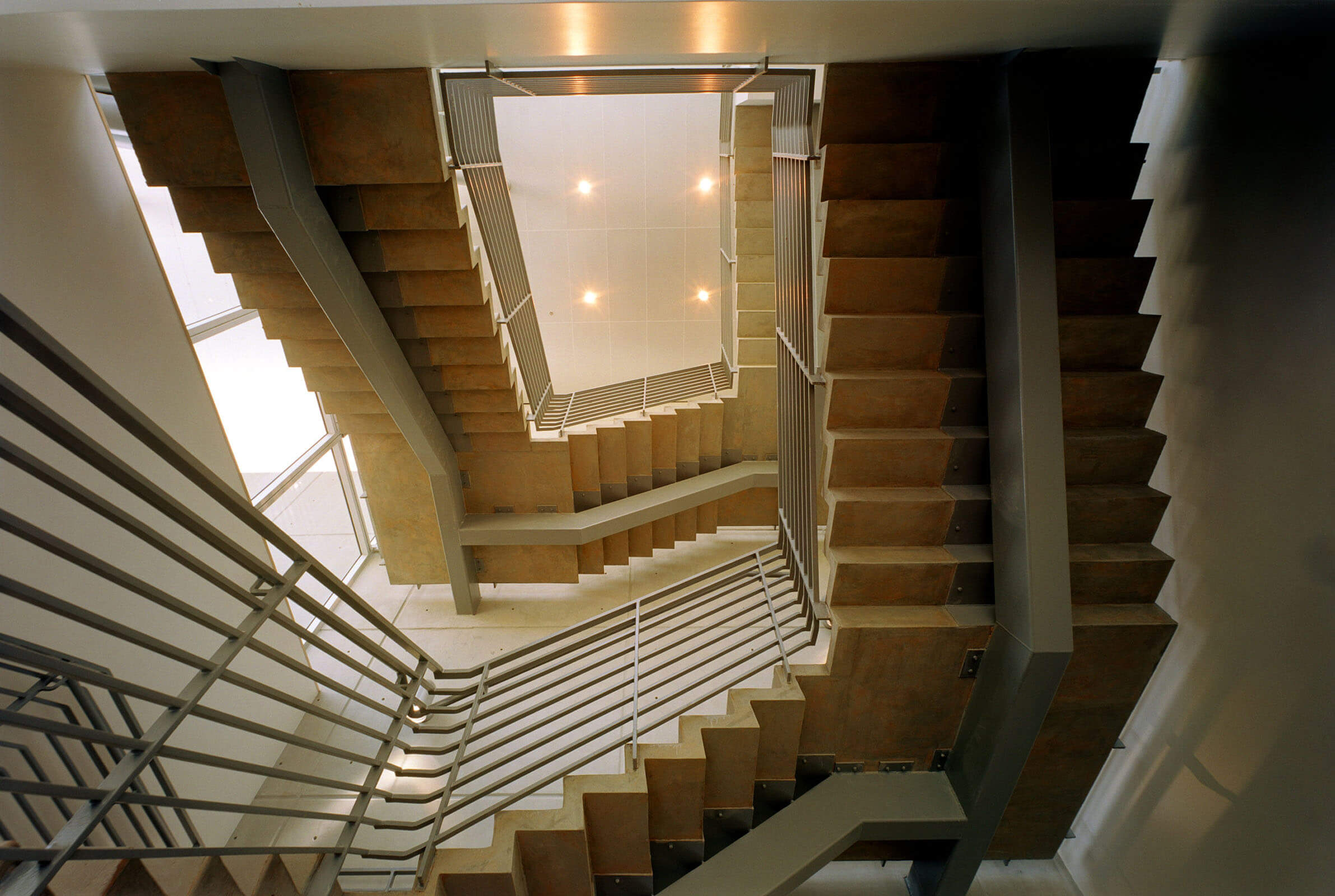 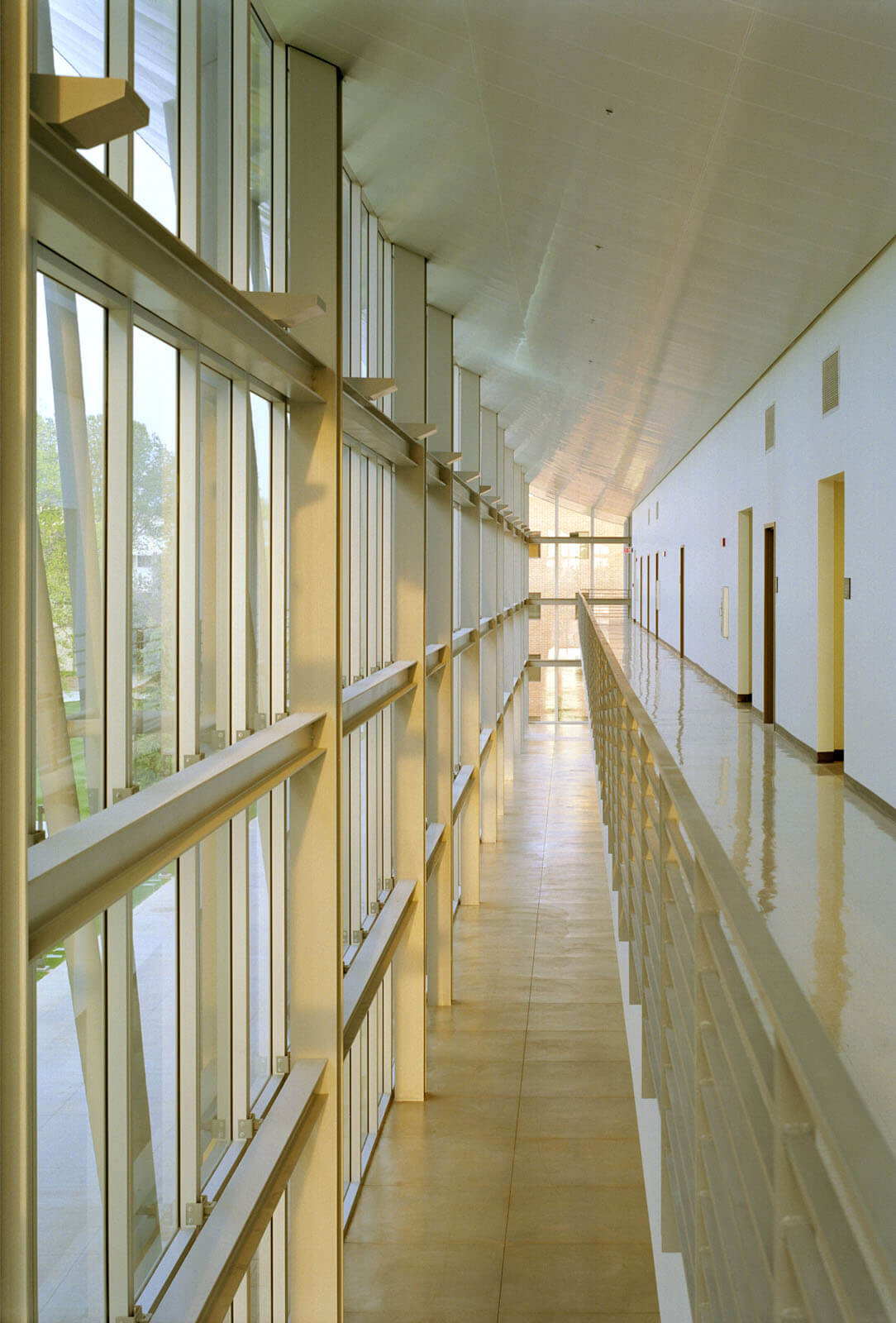 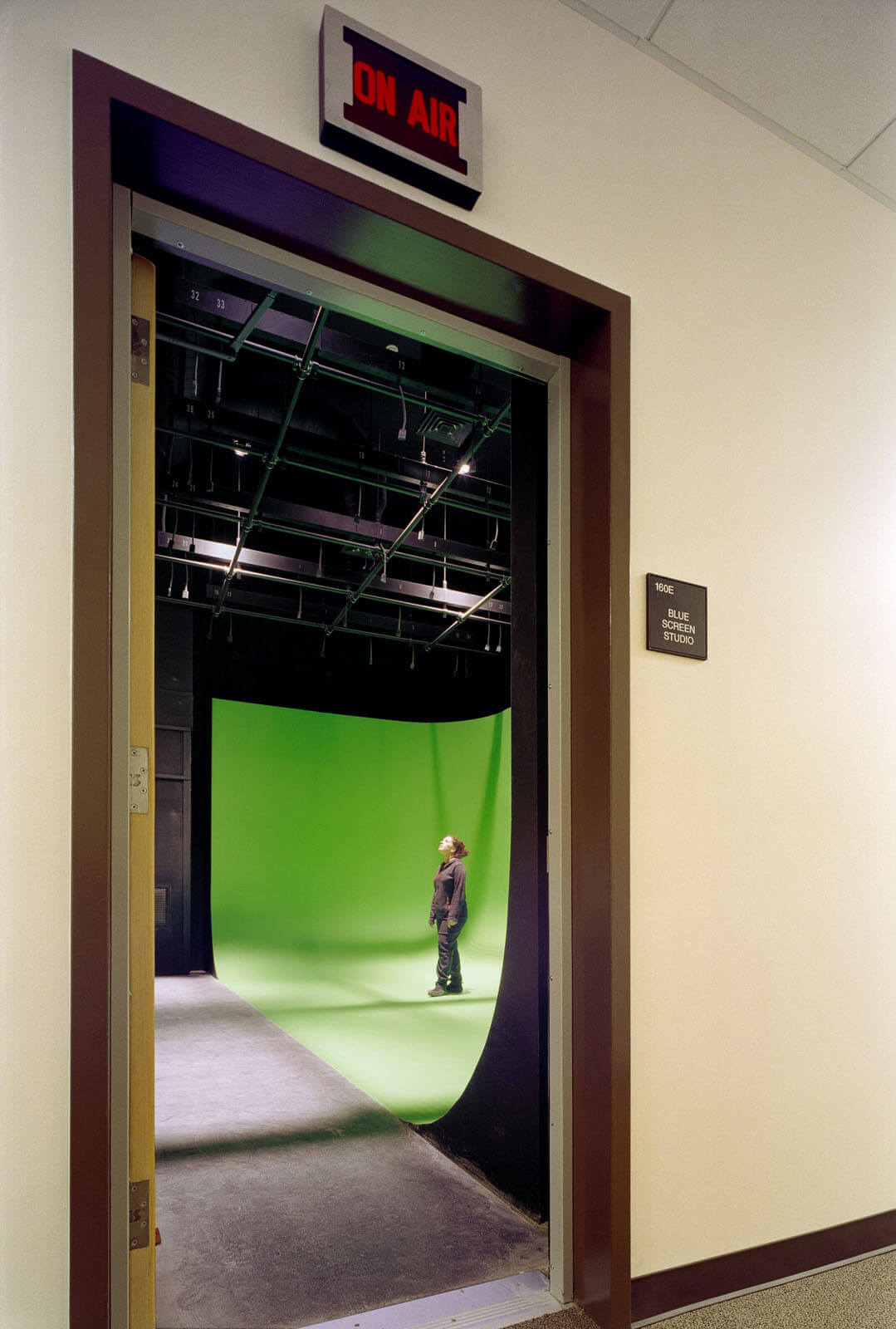 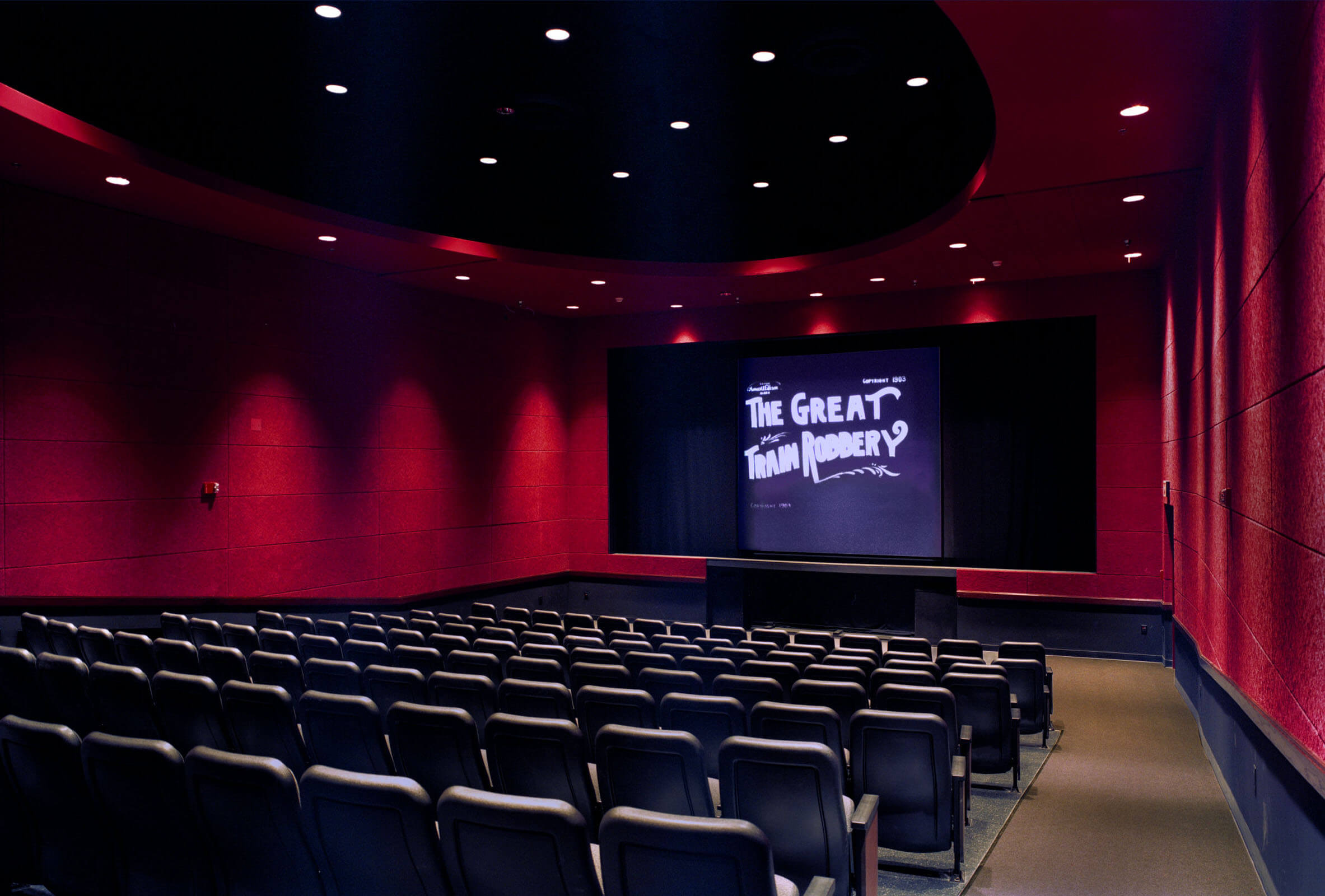 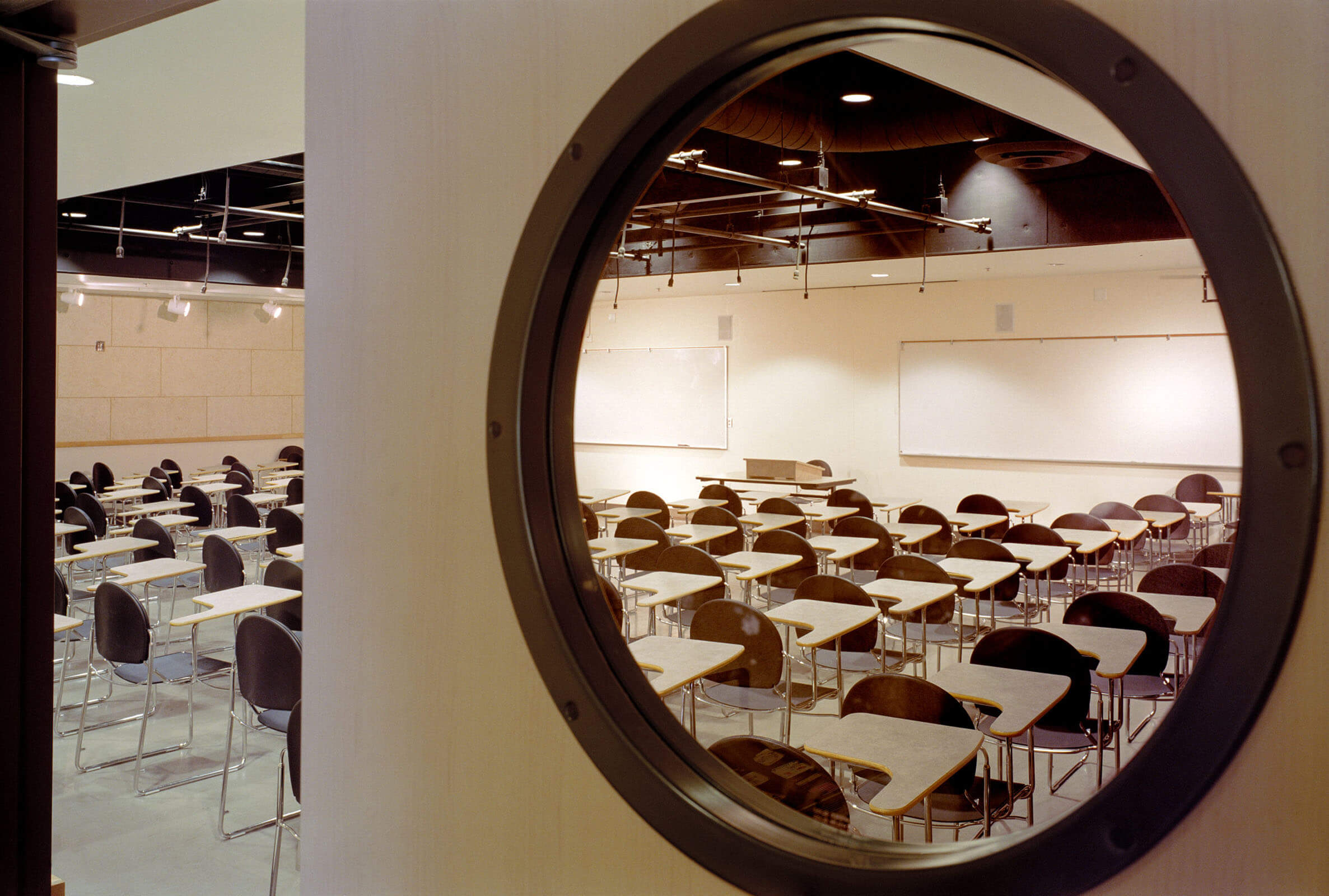 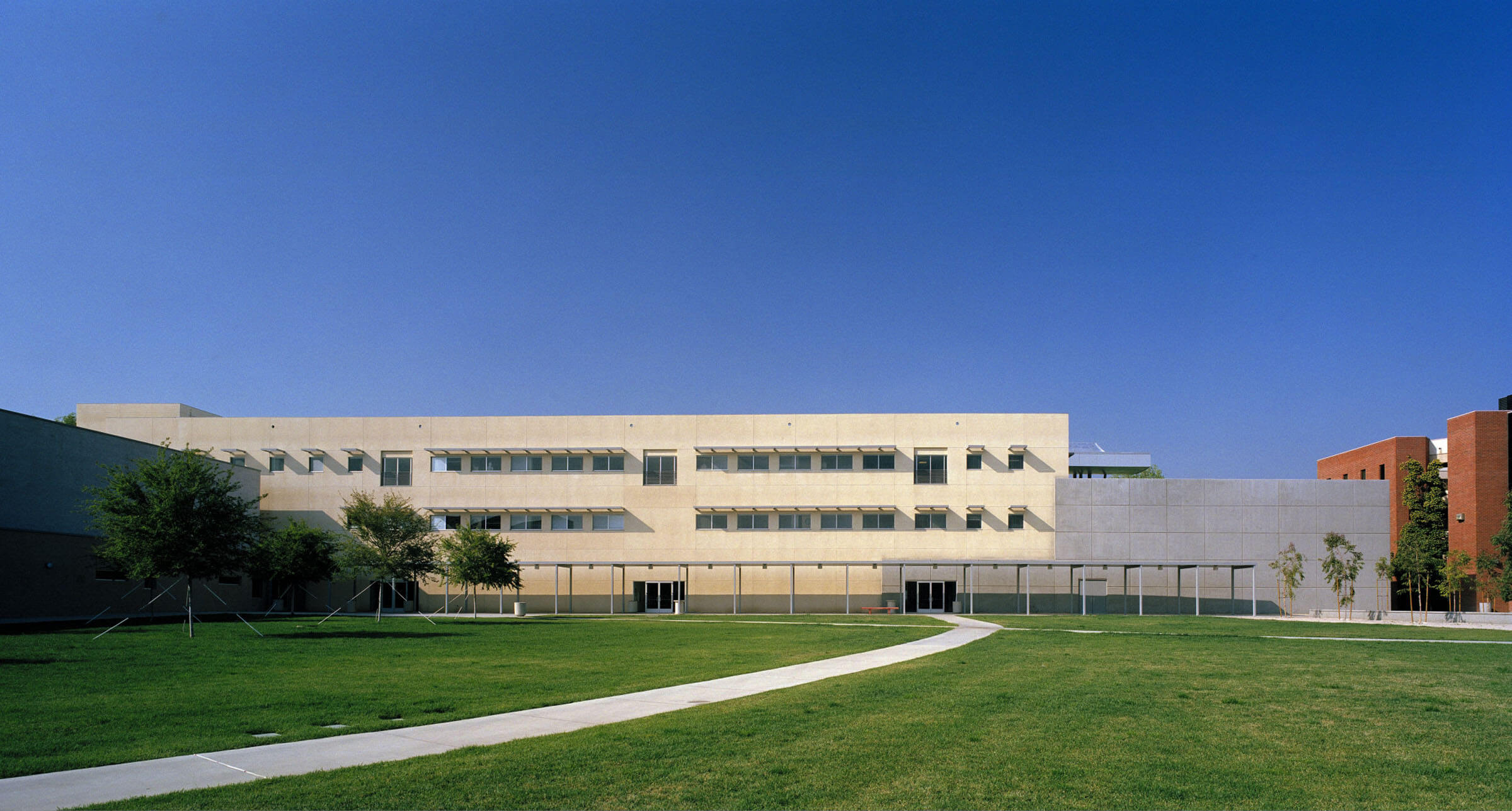 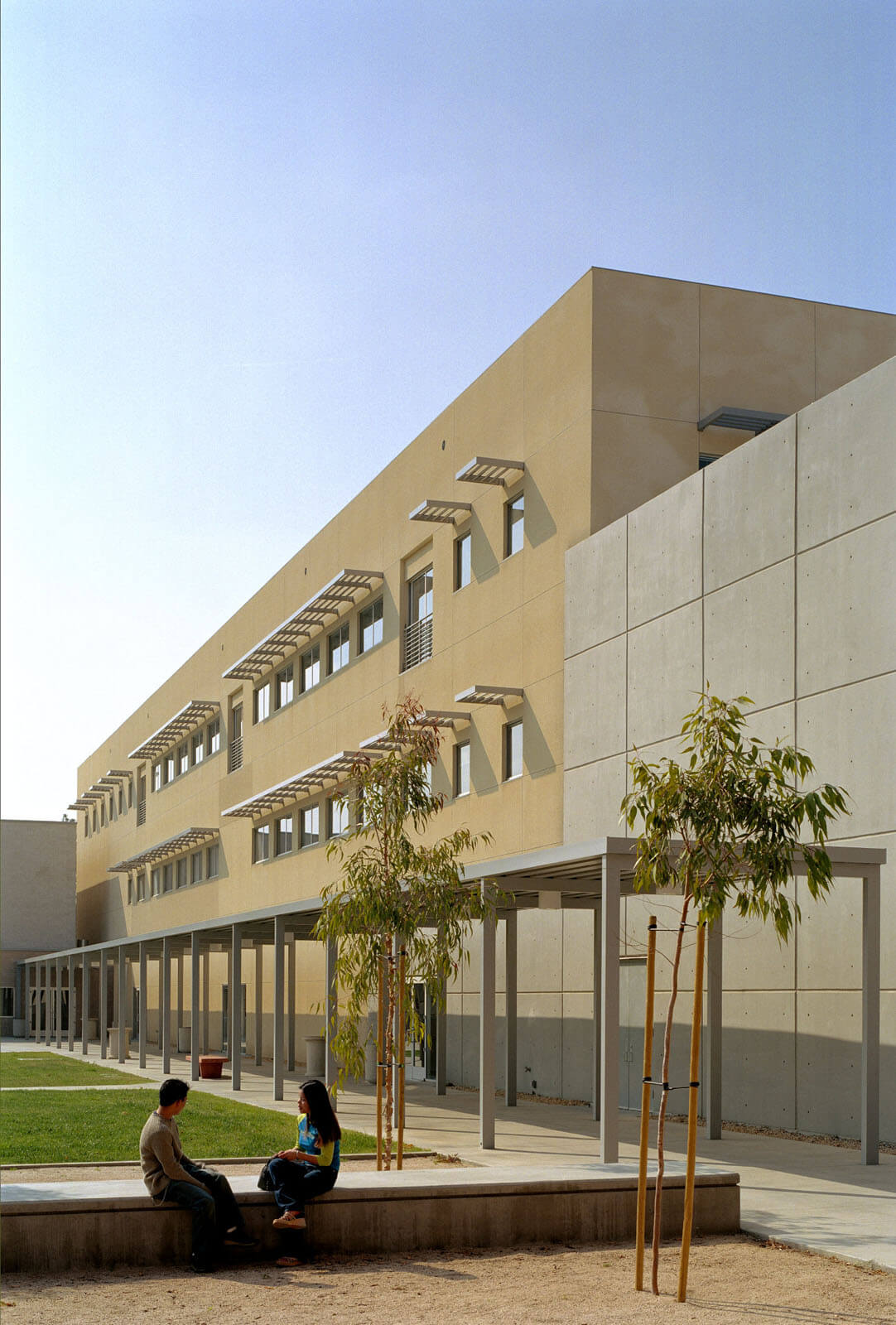 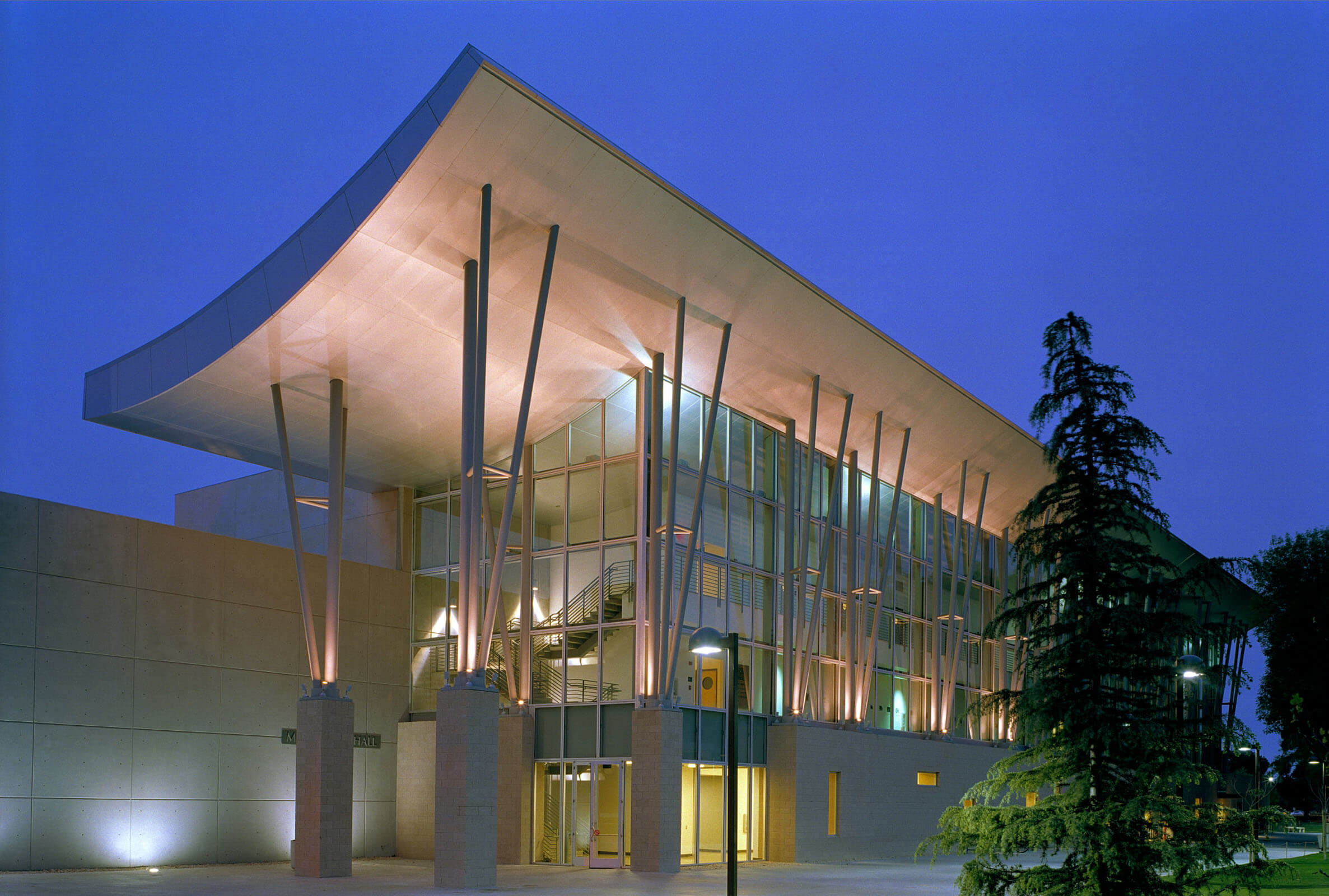