The new home for the McNeil Center for Early American Studies sits on the most prominent remaining site of the Penn campus, forming a gateway to the university from 30th Street Station together with the High Georgian facade of the Law School's Silverman Hall. Our design gives the building a presence befitting its site and the importance of its mission. The McNeil Center, established in 1978 to foster scholarly inquiry into the history and culture of North America before 1850, offers pre- and post-doctoral fellowships; encourages use of the Philadelphia area's rich trove of historic manuscripts, rare books, and museum collections; conducts seminars that bring together Philadelphians, students, and faculty; and organizes national conferences that promote the Center's interdisciplinary approach.

Working to satisfy the University's mandate that each new building reflect the time of its construction, and at the same time the donor's directive that this building express the character of the historical period to which the Center is devoted, our design exploration led us through the architecture of the Federal period in the mid-Atlantic states to the ways that Modernist architects, including Louis I. Kahn, adapted those traditional forms in the twentieth century. We arrived at a simple Flemish-bond brick building with the massing of a villa, perpendicular to 34th Street and presenting a public front with a carefully-detailed portico to the busy intersection of 34th Street, Walnut Street, and Woodland Walk, and a garden facade commanding Hill Field to the north. In order to make the small building more imposing, we raised the parapet to suggest an attic story – a strategy characteristic of the Federal period – and looked to Kahn for the openings in the parapet that frame the rain-shedding hipped roof beyond.

The Center accommodates a reception room and lecture hall along with offices and support spaces on its ground floor. The second floor, reached via twin open stairs (an elevator is also accessible), houses the library, which offers expansive views across Hill Field. The stairs and corridors are designed to encourage informal exchanges among McNeil Fellows, whose offices occupy the remainder of the second floor perimeter. 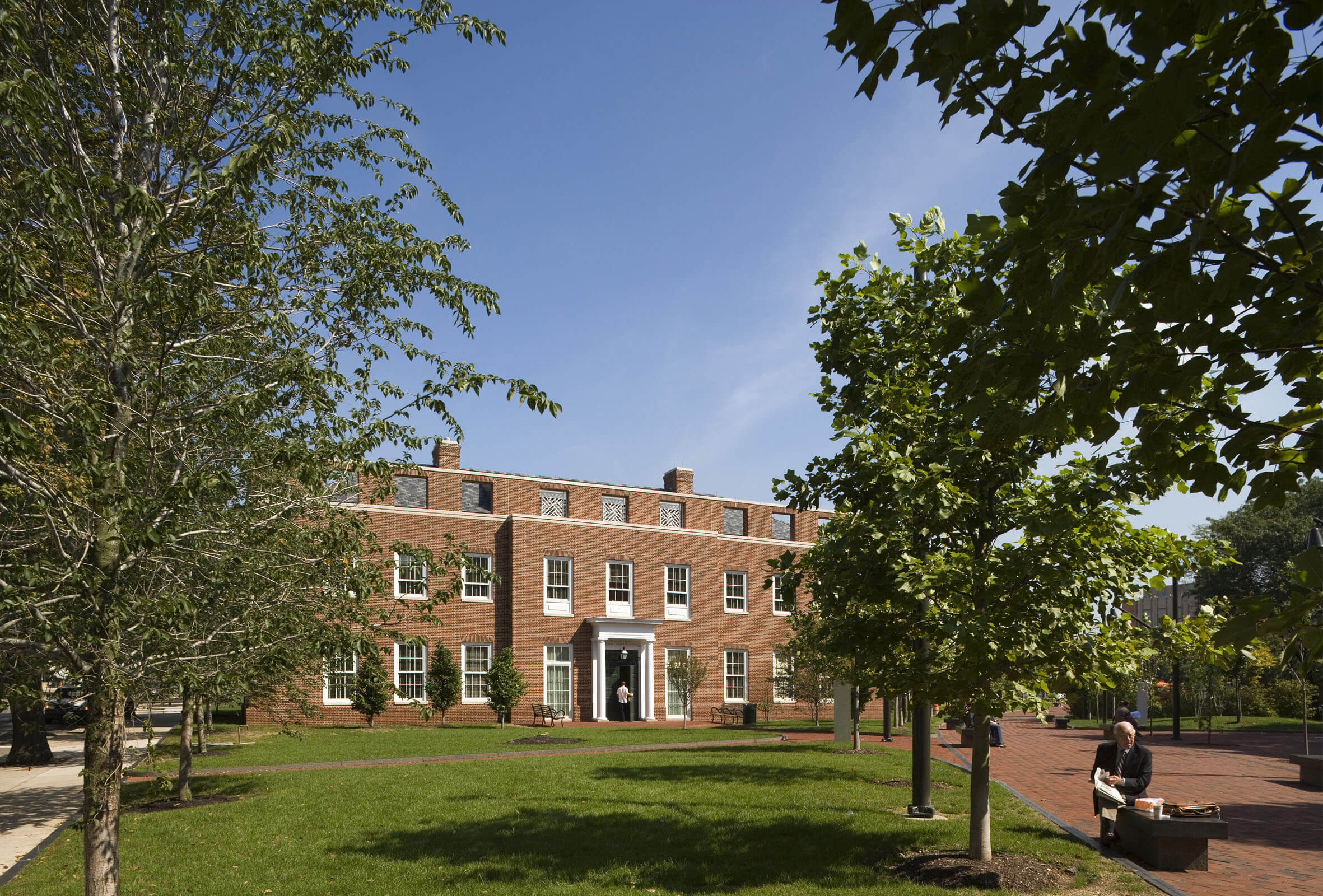 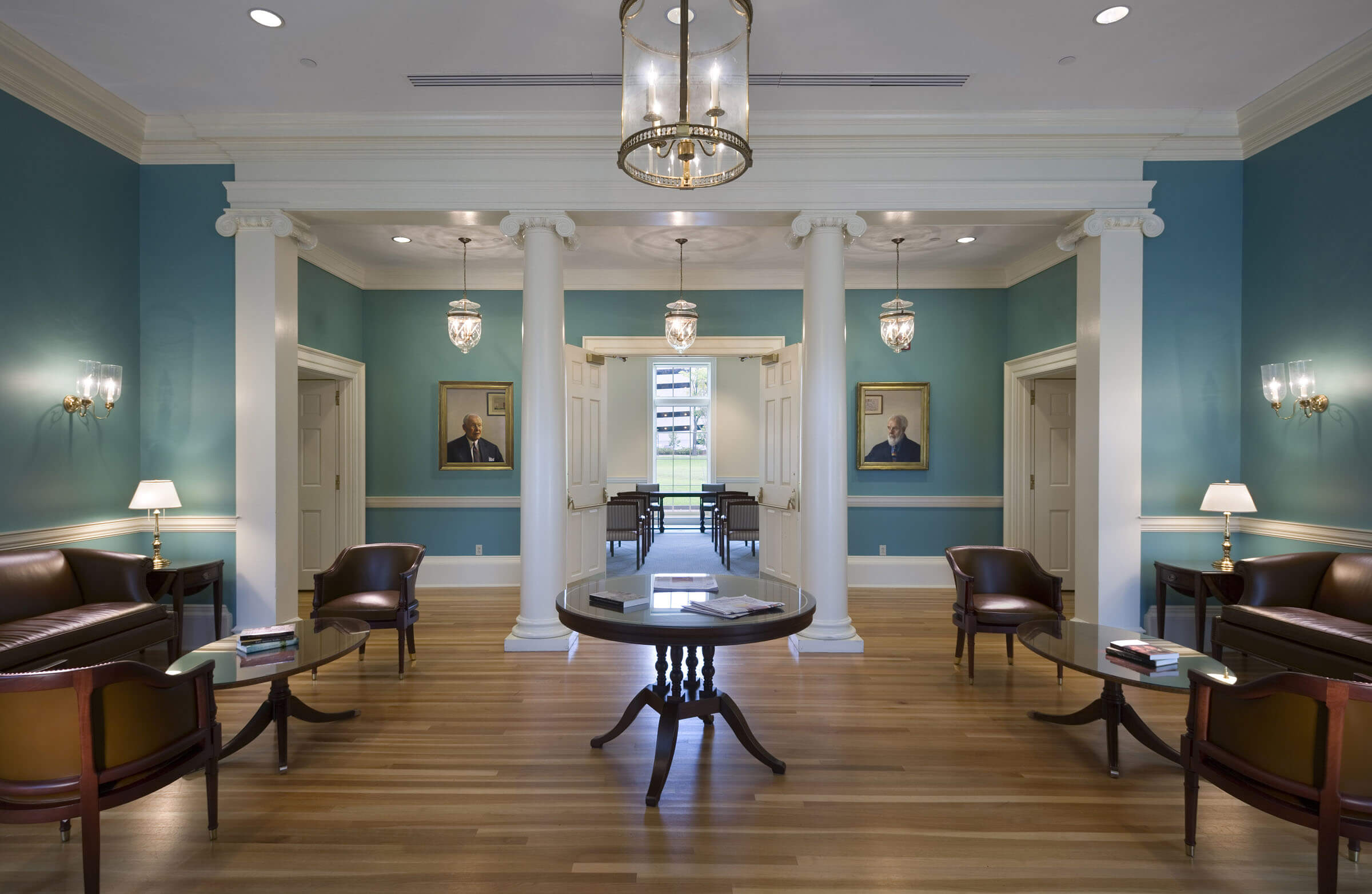 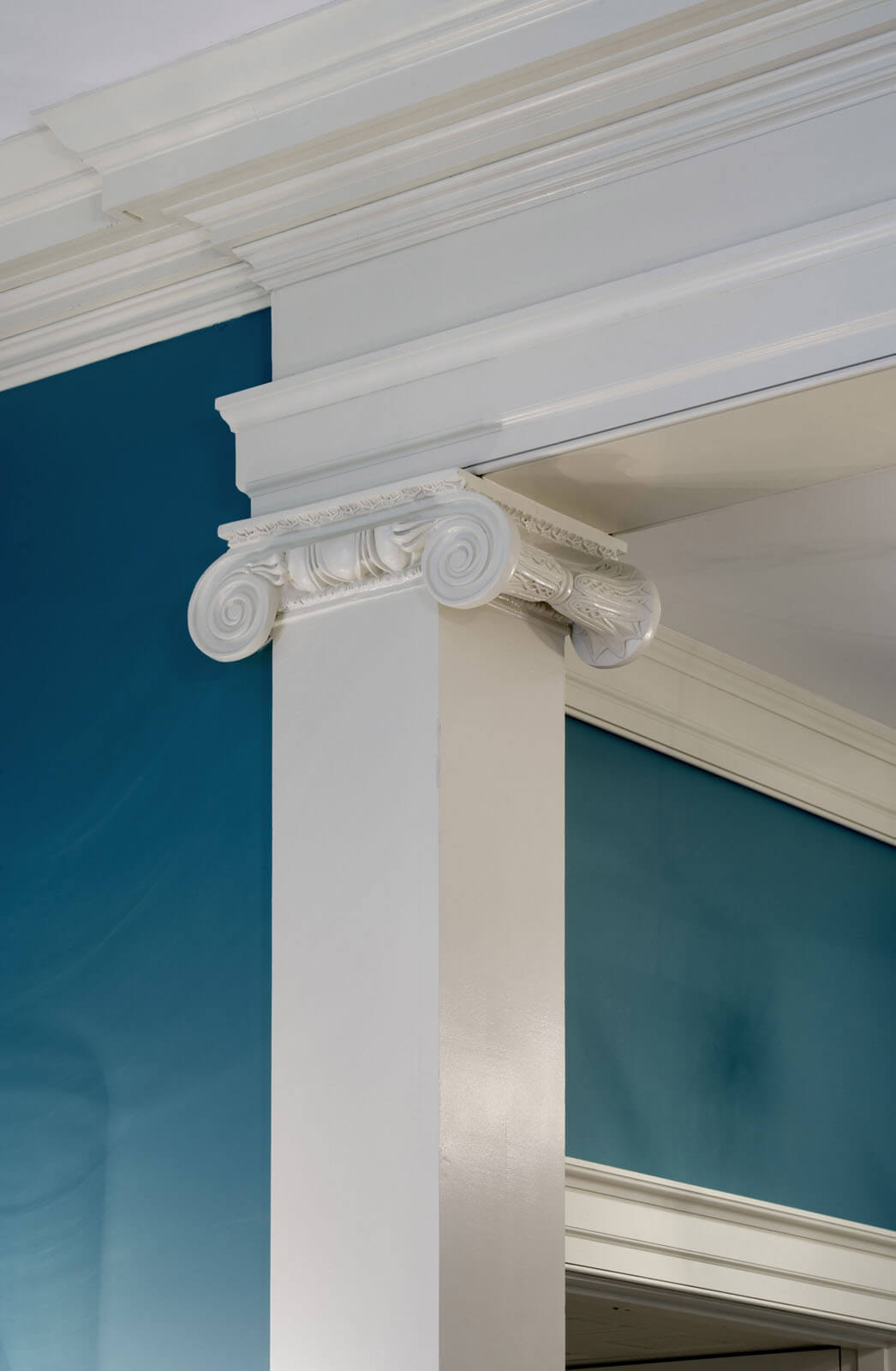 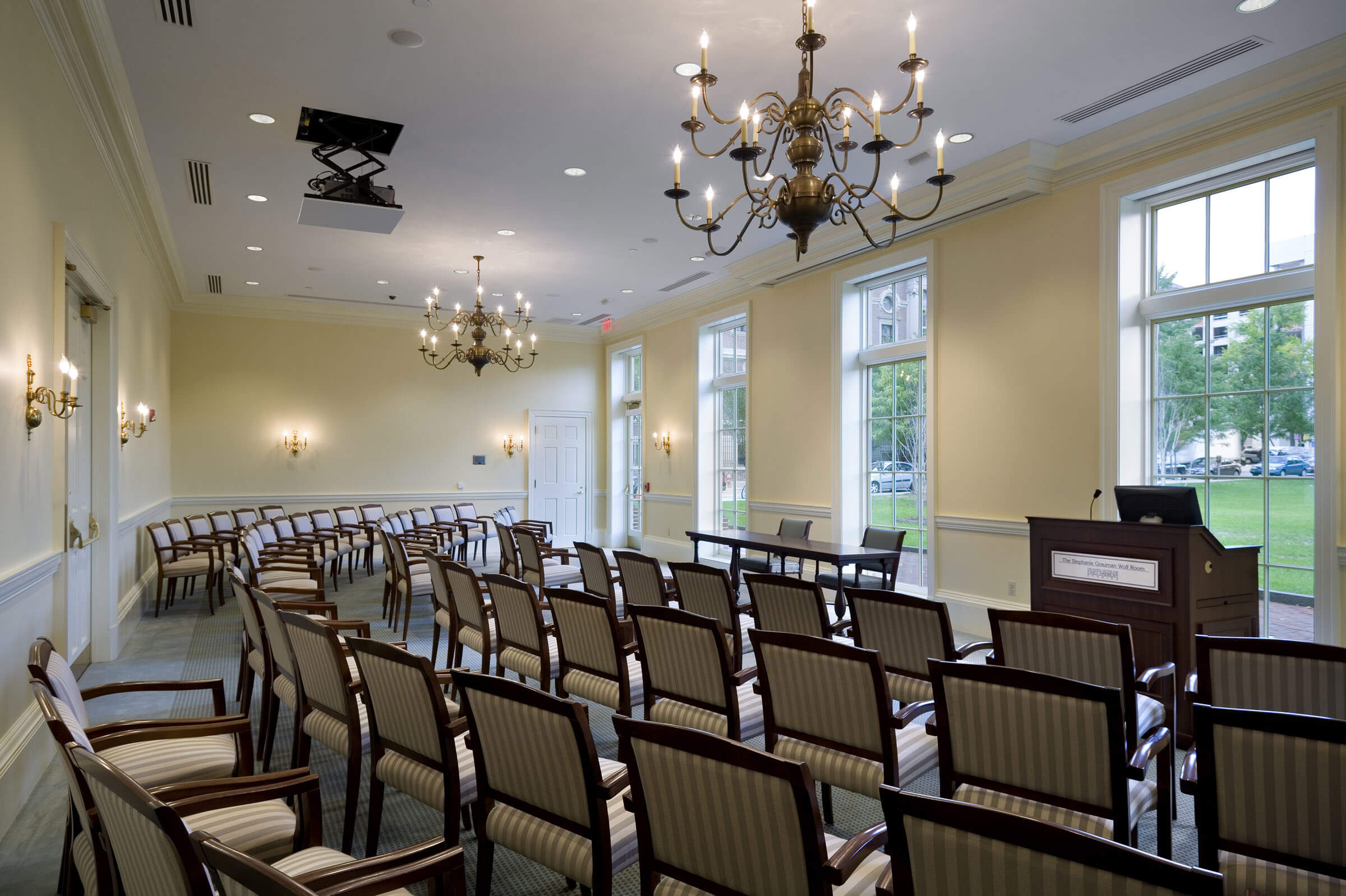 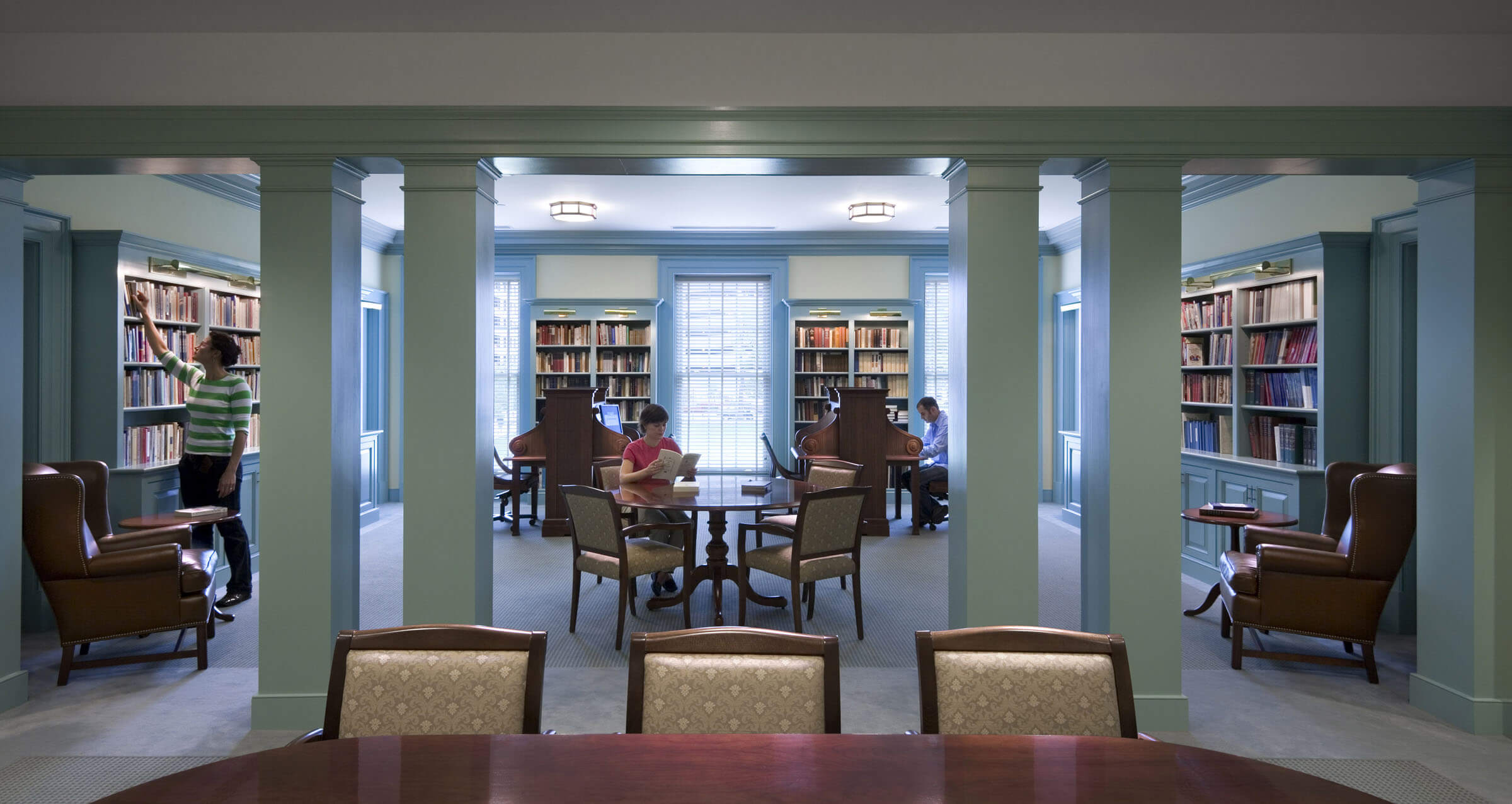 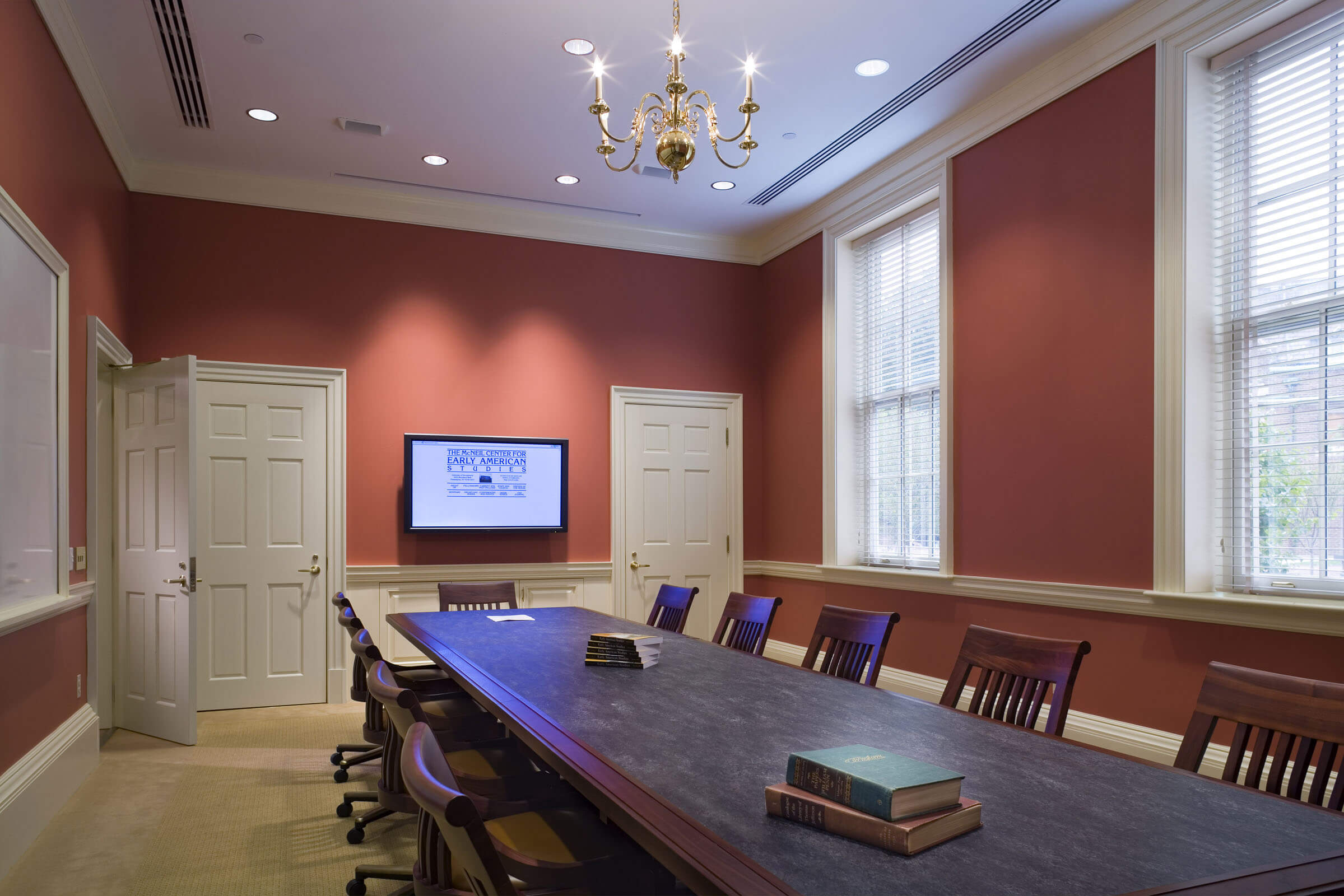 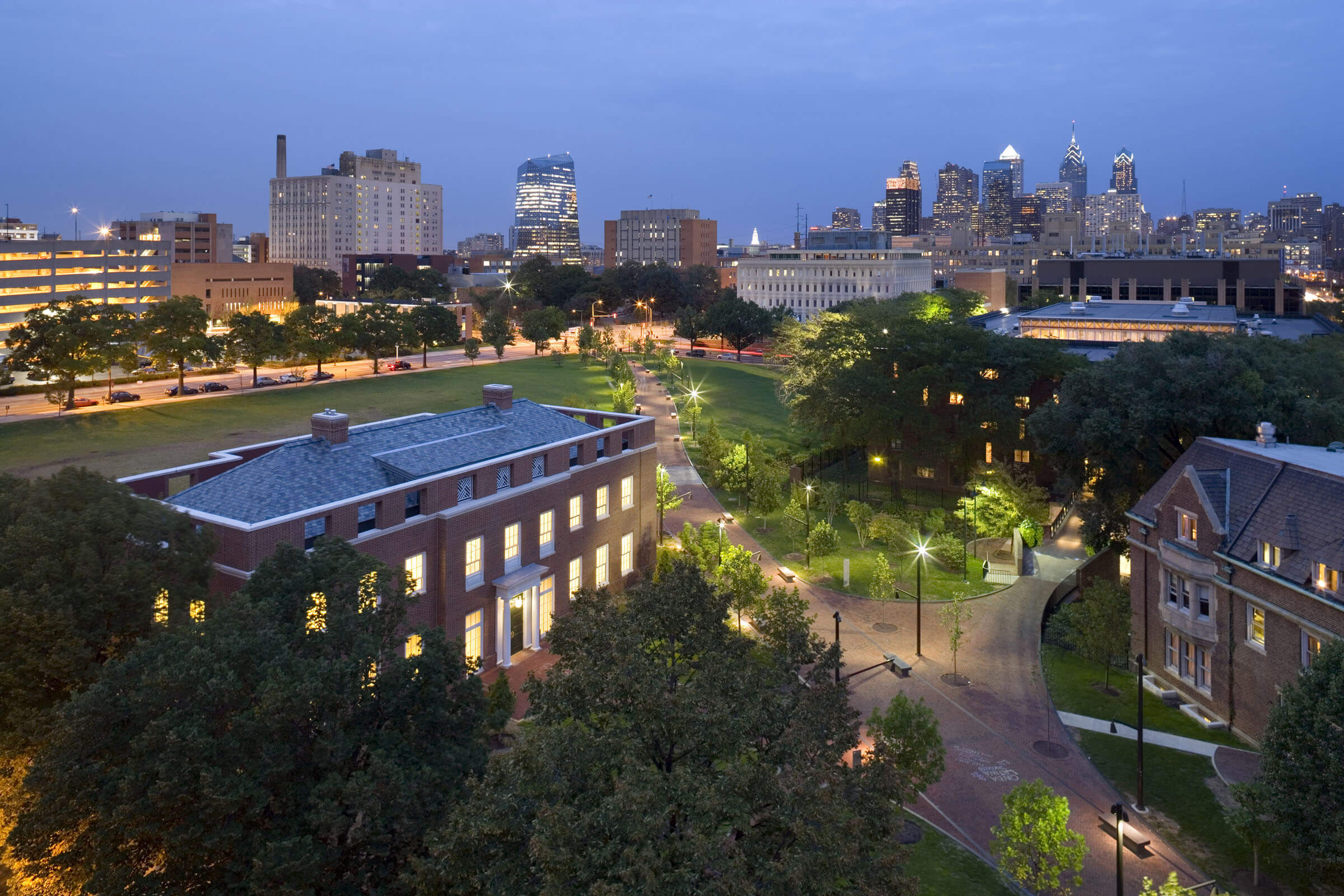