Located at the northeast corner of 113th Street and Broadway, on the edge of Columbia’s historic McKim, Mead & White campus, the 14-story, 371-bed undergraduate Broadway Residence Hall largely faces away from the campus to engage the Morningside Heights neighborhood to the south and west. The building is clad in cast-stone-trimmed tawny-colored brick selected after extensive discussions with both the University and members of the surrounding community, which preferred a design in the spirit of the residential apartment buildings which line Broadway to one that matched the red brick and limestone of the Columbia campus.

The two lower floors of the building are largely devoted to retail and to the 17,000 square foot Morningside Heights branch of the New York Public Library. The interior of the library was inspired by the restrained Classicism of early 20th century Carnegie branches, with paneled columns and ceiling beams, decorative metal railings, built-in wood bookshelves, and a slate floor in the entrance lobby. 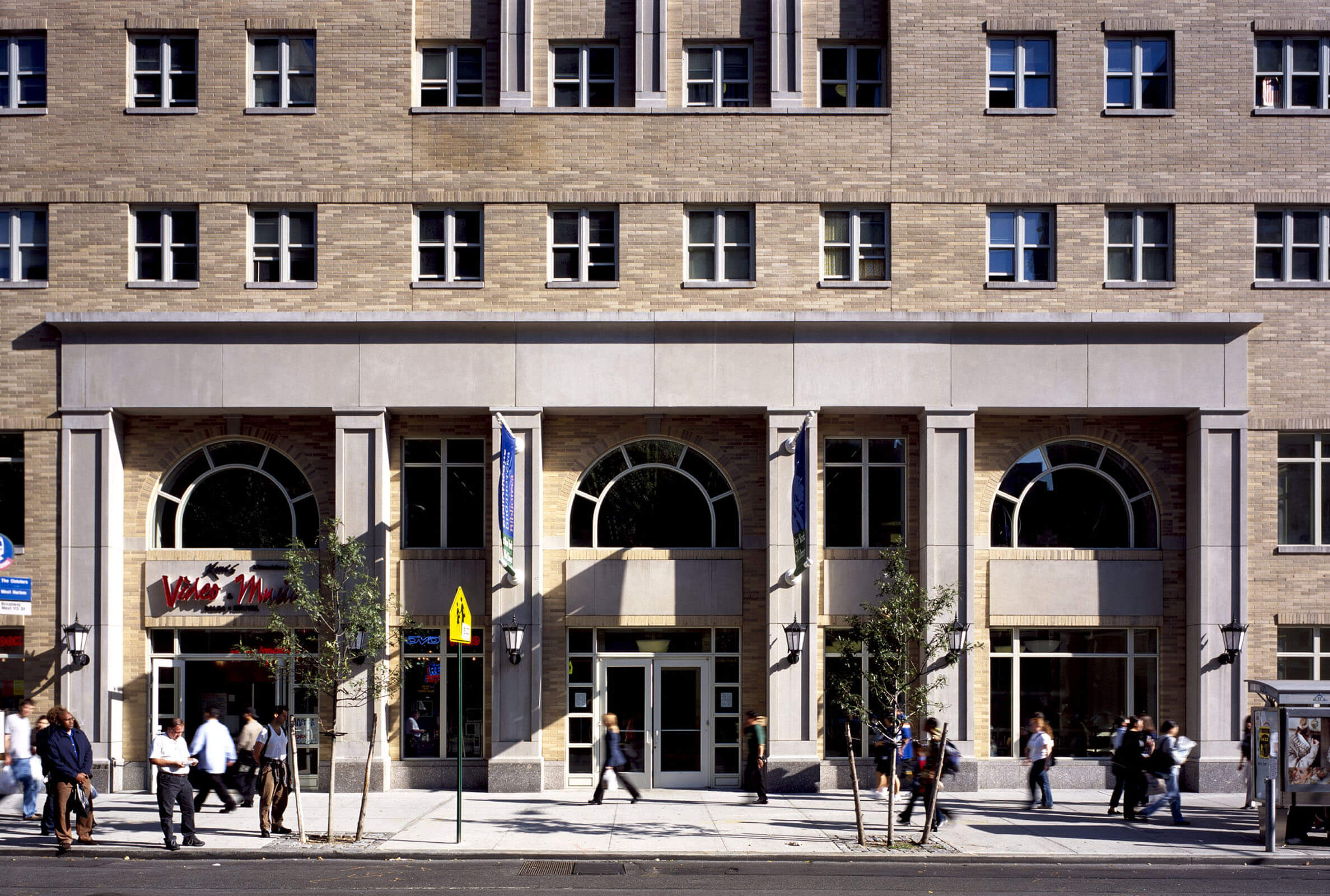 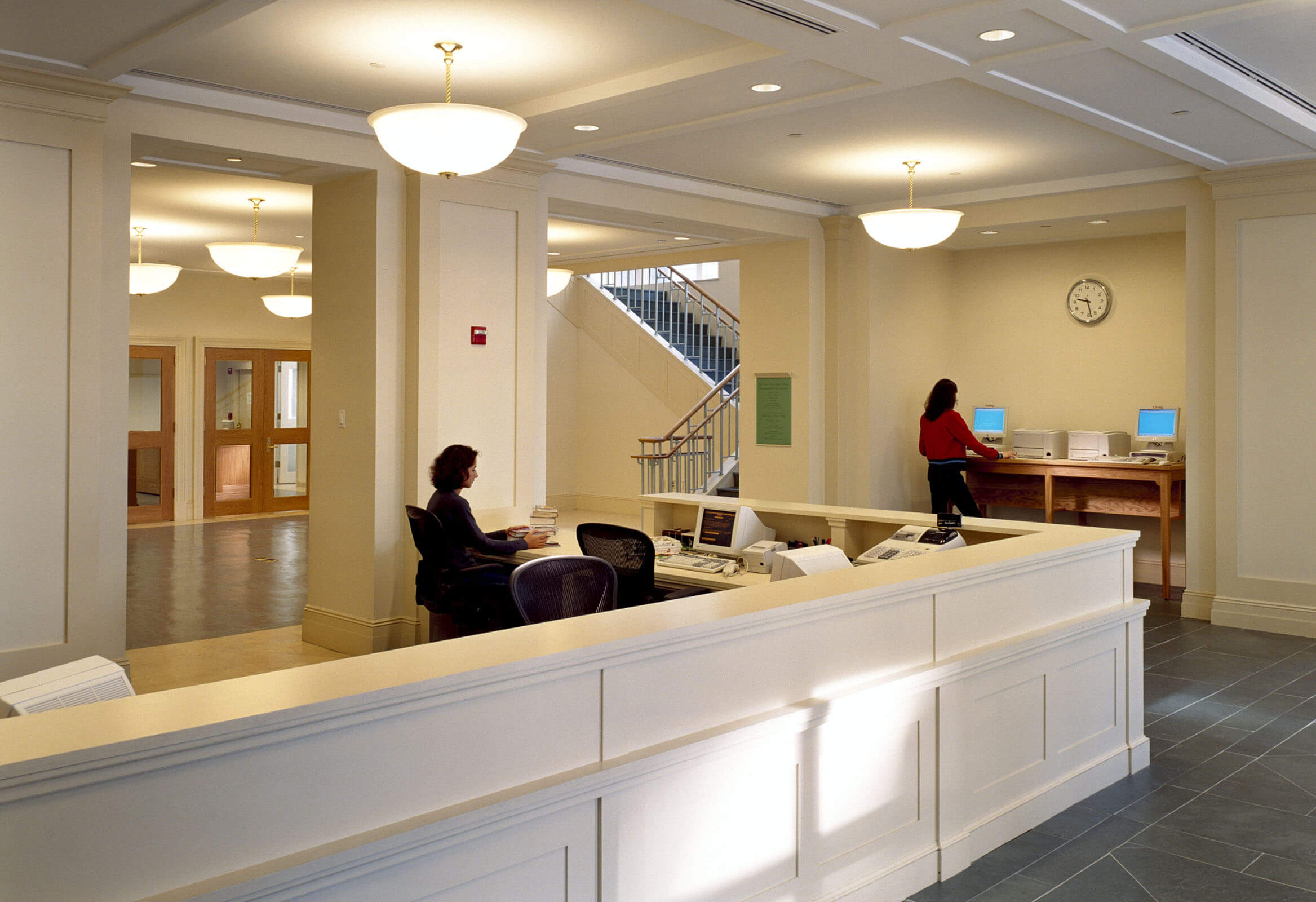 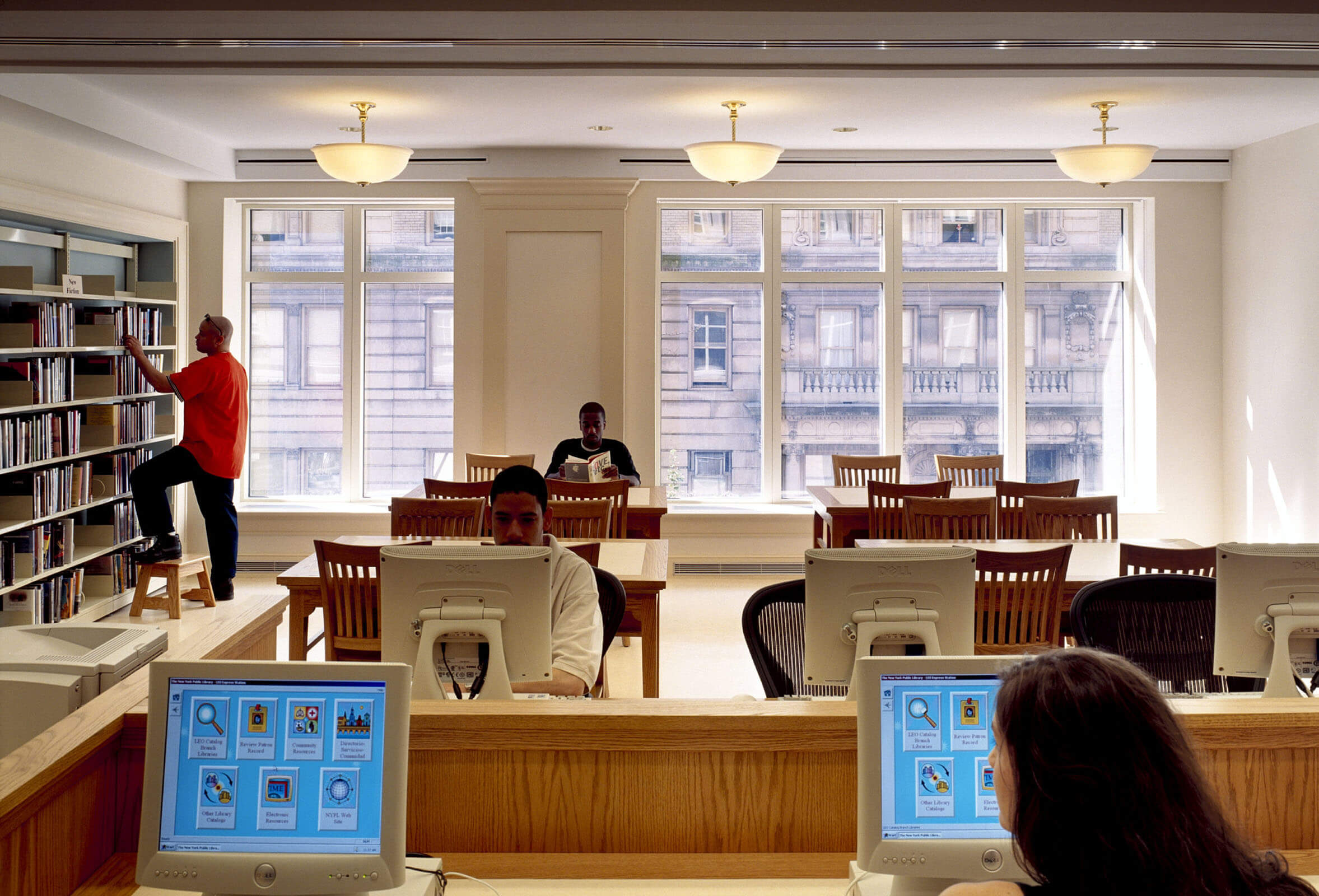 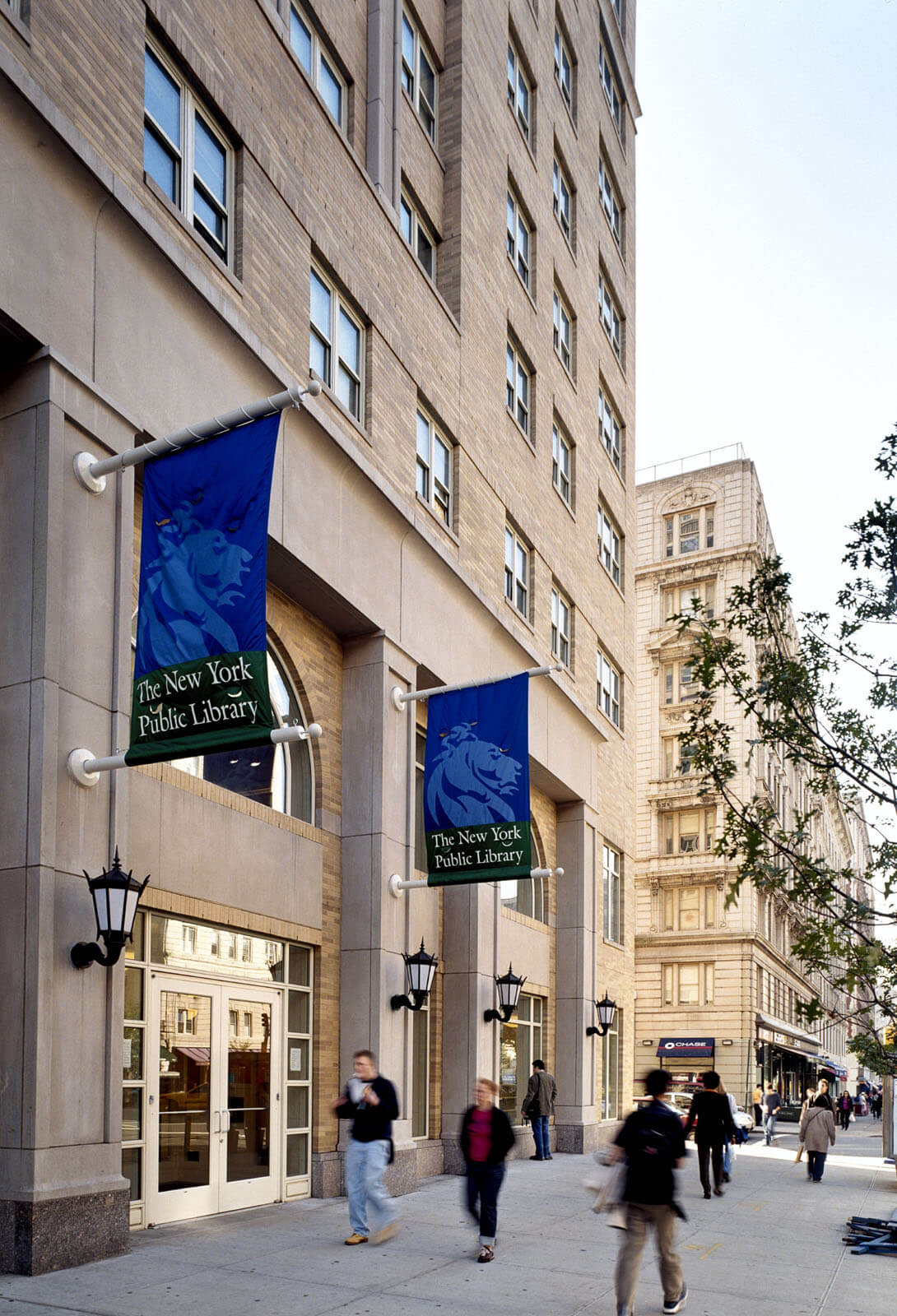