Bronx Community College is blessed with an 1892 master plan by Stanford White for what was originally New York University's University Heights campus atop a bluff above the Harlem River in the Bronx. The ambitious plan included the grand domed Gould Memorial Library (1900) and the arcing open colonnade of the Hall of Fame (1912) at the head of a quadrangle framed by more restrained classroom buildings, many of which remained unrealized. Marcel Breuer created a second master plan for the campus in 1956 and completed a number of buildings on the campus in the 1960s. In 2006 we completed a new space plan for the campus, proposing a combination of historic preservation, adaptive reuse, and new construction.

The first building within the 2006 master plan, our 98,600-square-foot LEED Silver North Hall and Library, provides state-of-the-art classrooms and a new double-height information commons in a three-story structure that completes the north side of the College's main quadrangle. The south facade facing the quad is an elegant foil both to the exuberance of Gould Memorial Library and to the severity of Breuer's Meister Hall across the lawn. A recessed porch marks the entry while allowing the rhythm of pilasters to continue uninterrupted across the facade. A wing conceived as an annex responds to the lower scale of Havemeyer Hall across the quadrangle. Buff Roman brick and light gray cast-stone trim carry forward the palette of White's buildings. A granite rubble base at the lower level of the north facade expresses the change in grade as the site falls away toward the river.

On the ground floor, classrooms are organized along an east-west corridor that extends the axis of the Hall of Fame. A monumental stair climbs to the information commons above and captures spectacular views to Upper Manhattan across the river. The library features a double row of barrel vaults supported by slender columns inspired by Henri Labrouste's St. Genevieve Library in Paris. Faculty offices and a special law collection library are accommodated in the upper levels of the annex. 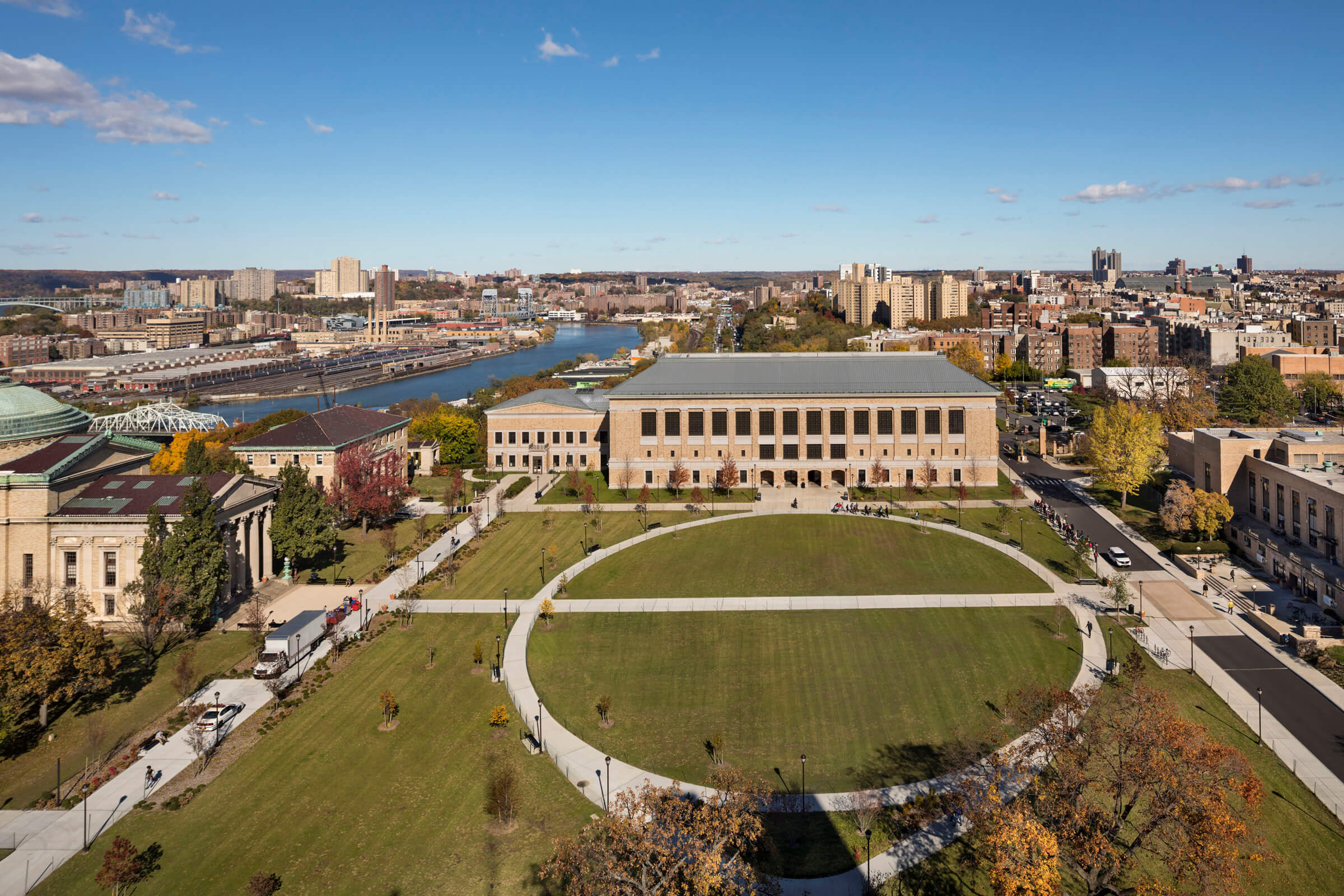 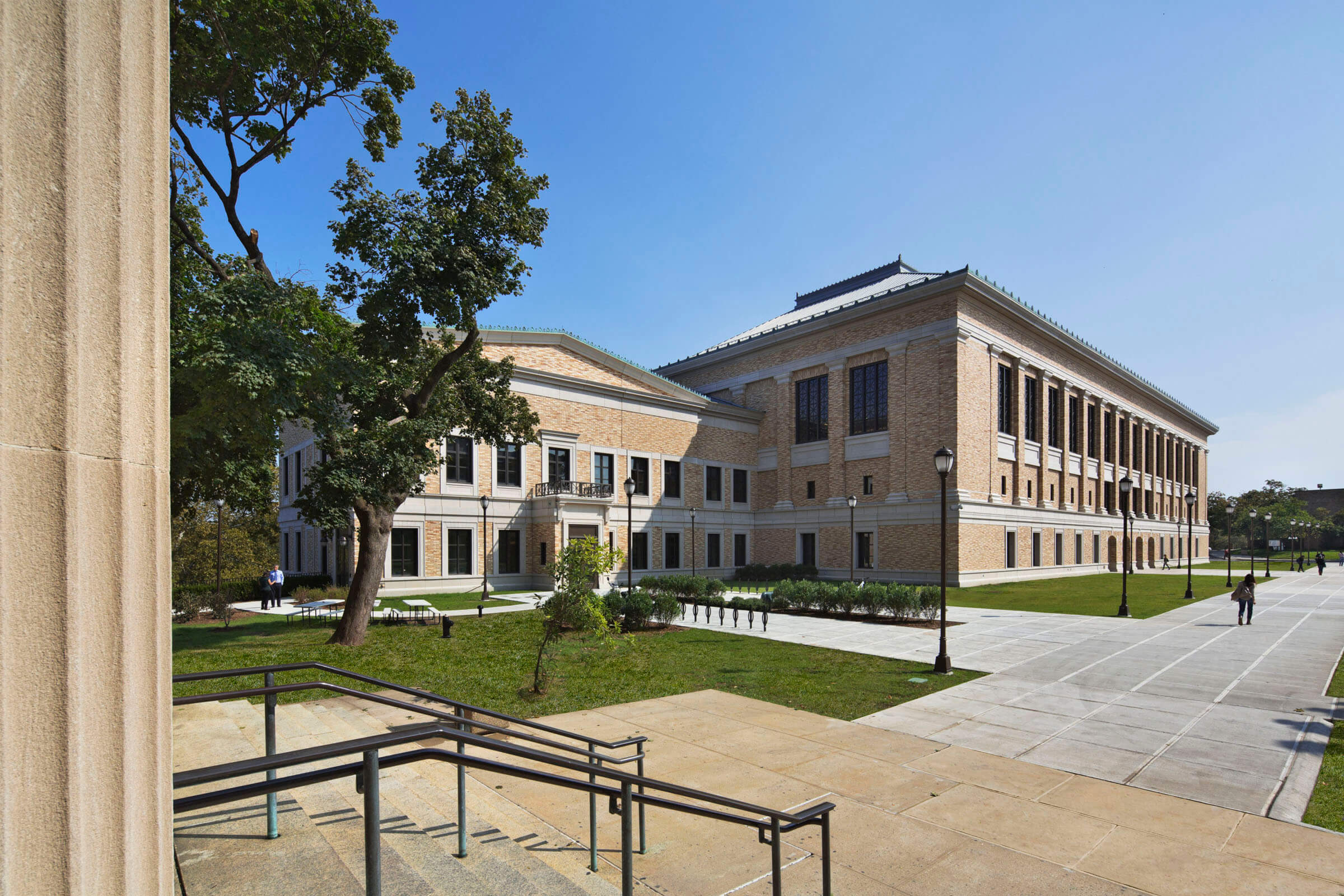 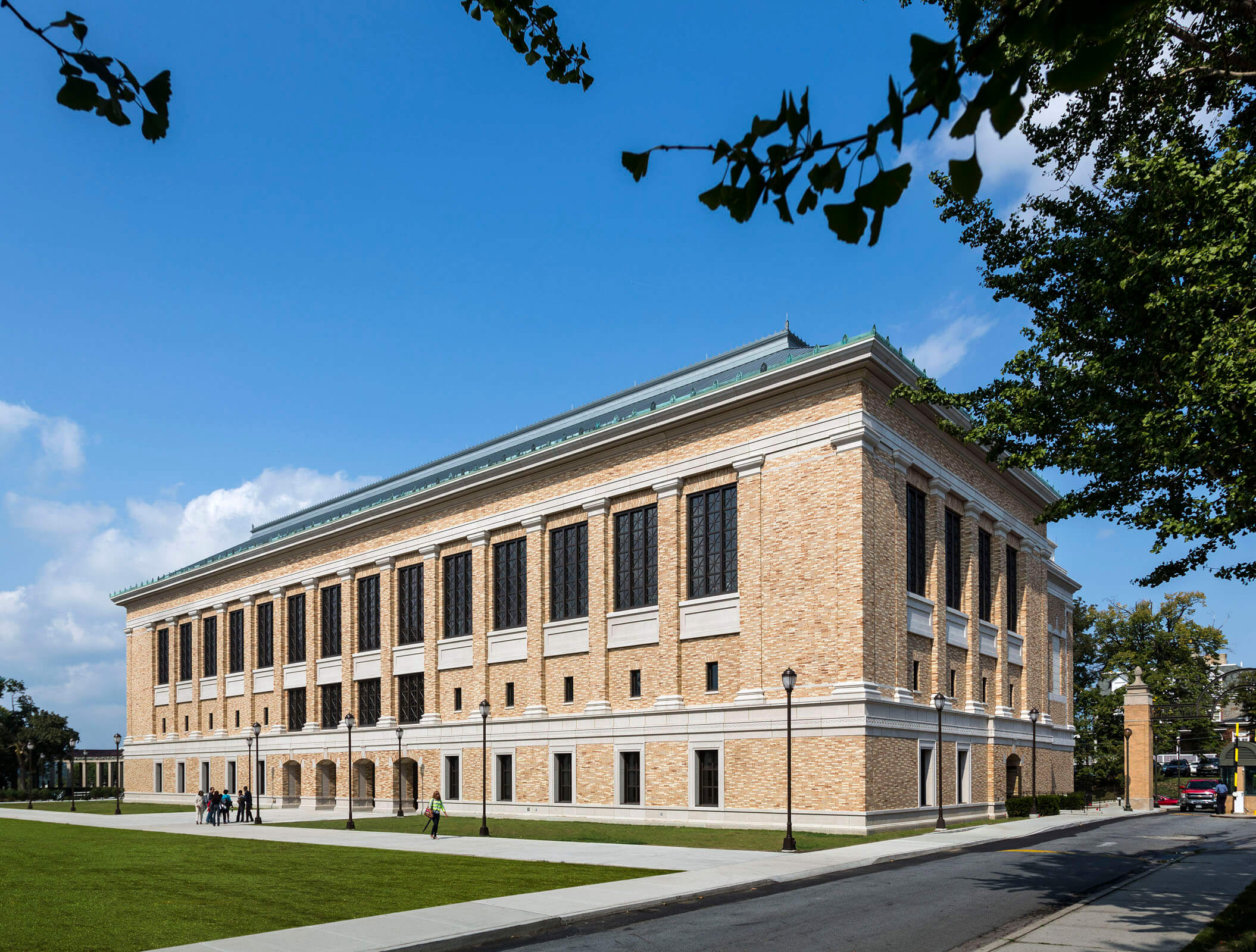 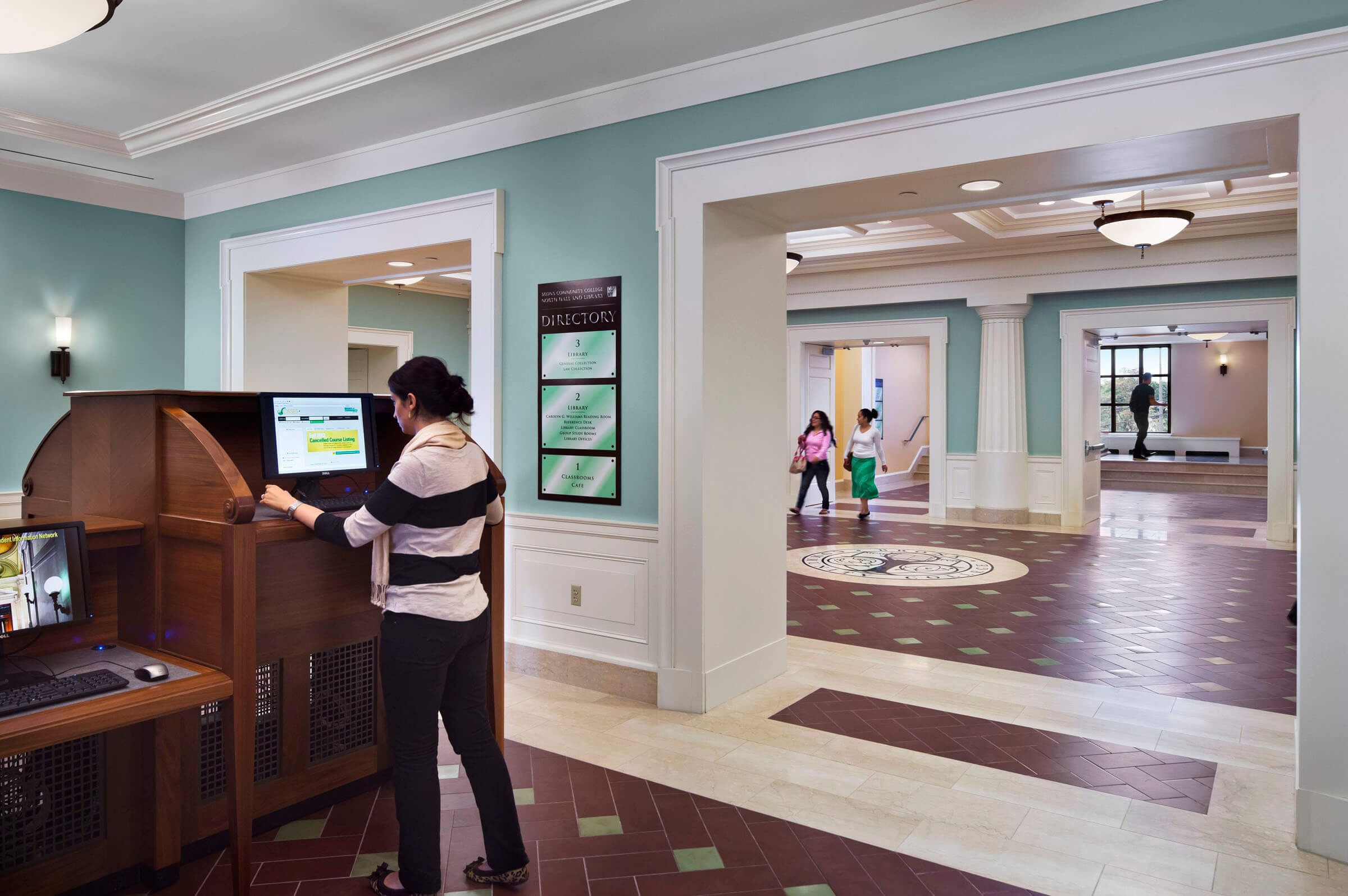 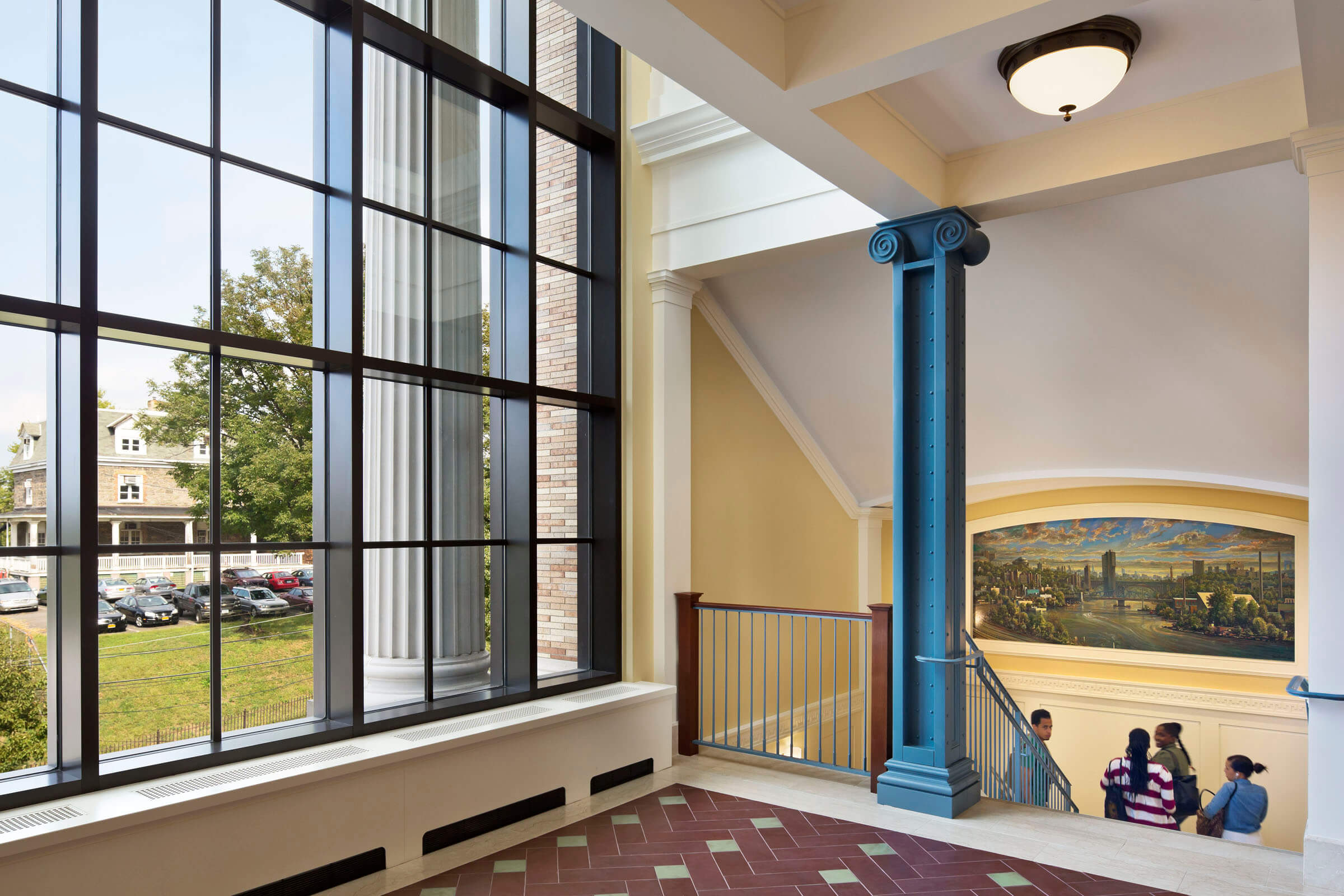 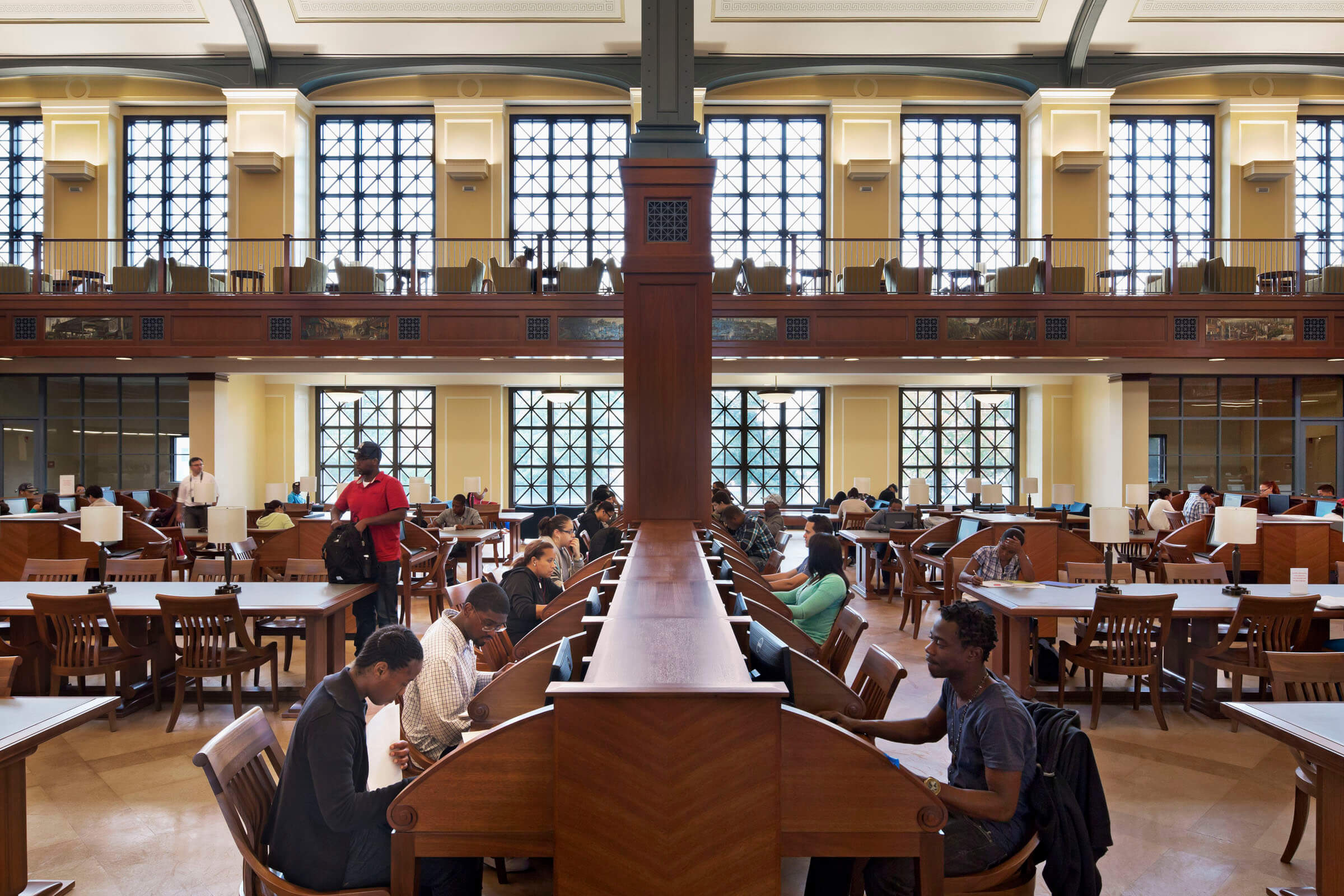 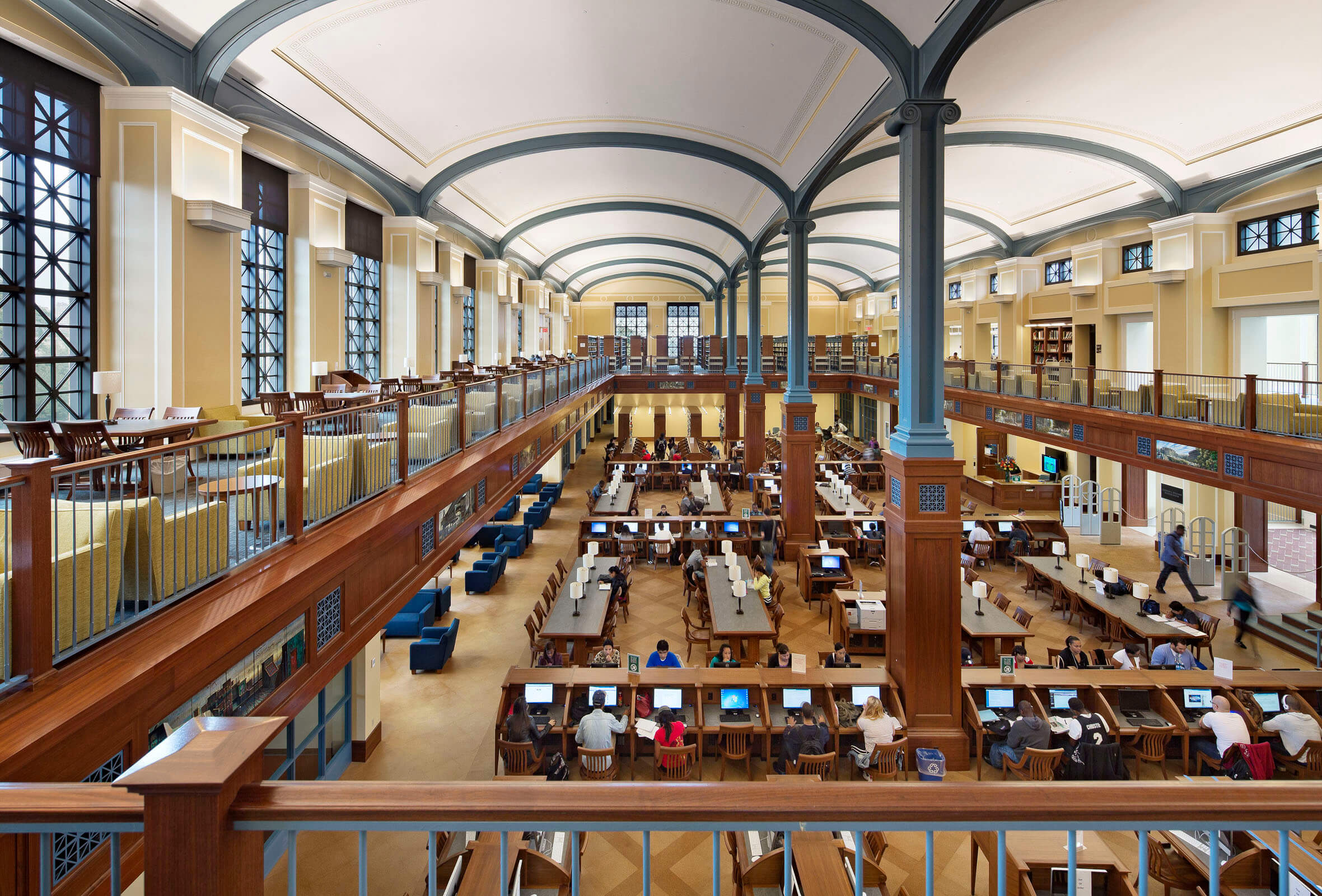 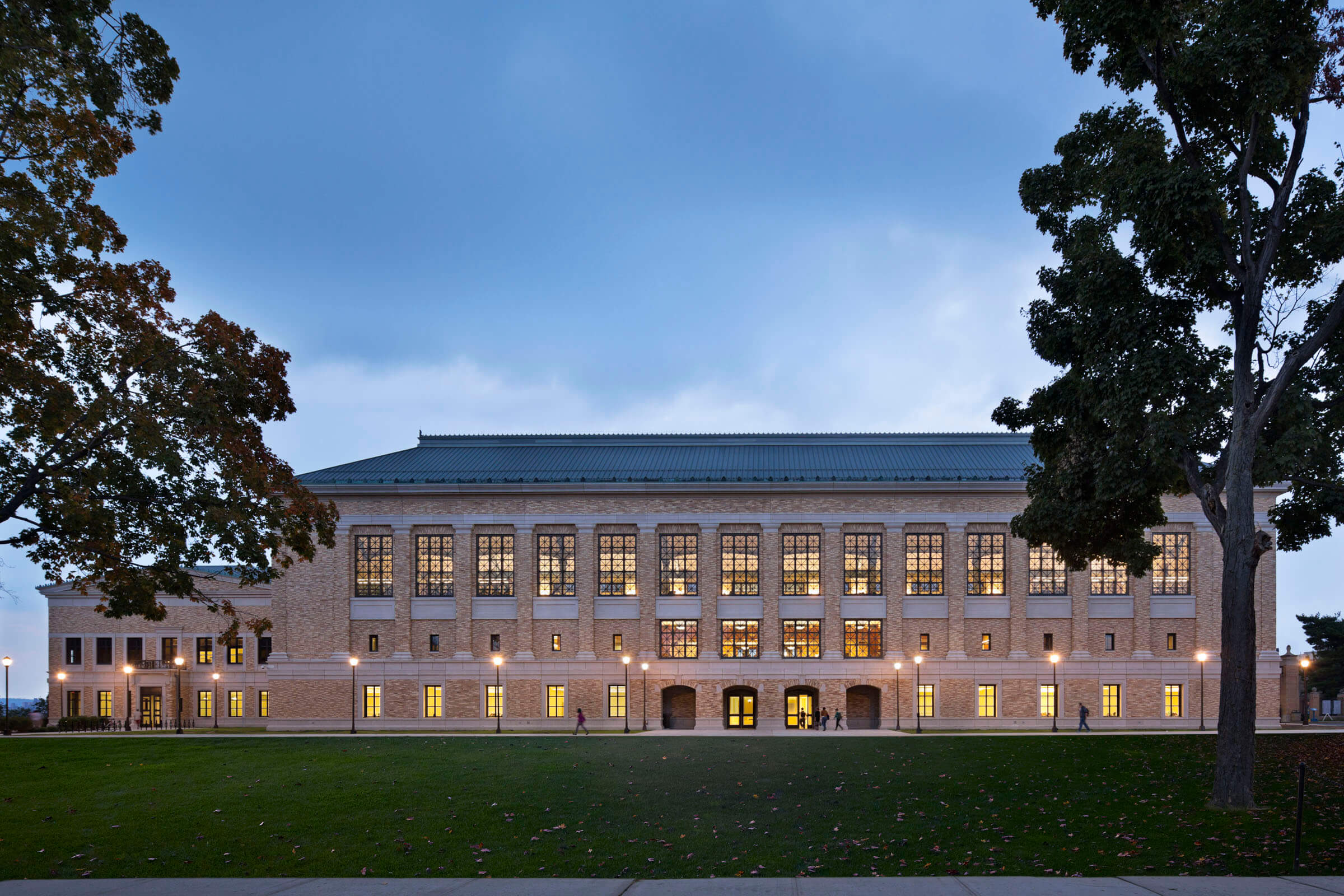