The new headquarters for American Water at One Water Street is the centerpiece of our plan for the Camden Waterfront, intended to reconnect downtown Camden with its historic riverfront. The five-story building provides a long and low backdrop to a new riverfront park. A four-story-high transparent atrium, illuminated by a skylight and crisscrossed by upper-level bridges, frames views from Cooper Street through to the park and the Philadelphia skyline across the Delaware River. The building's panelized metal-and-glass riverfront facade reveals an internal traveling stair the use of which facilitates face-to-face interaction throughout the dynamic workplace. A lantern at the north end of the building signals a gathering space, adjacent to the building's fifth-floor training and conference facilities and opening to a large roof terrace. At night, both the stair and the lantern glow, giving the building a strongly identifiable profile from across the river. A large-scale sign atop the building, a statement of corporate and civic pride in this important setting, is legible from across the river, its scale and frankly expressed scaffolding again recalling the site's industrial heritage.

Landscaped plazas open at the building's north and south ends. Parking on an adjacent block will be largely screened behind a hotel and a neighboring office building. 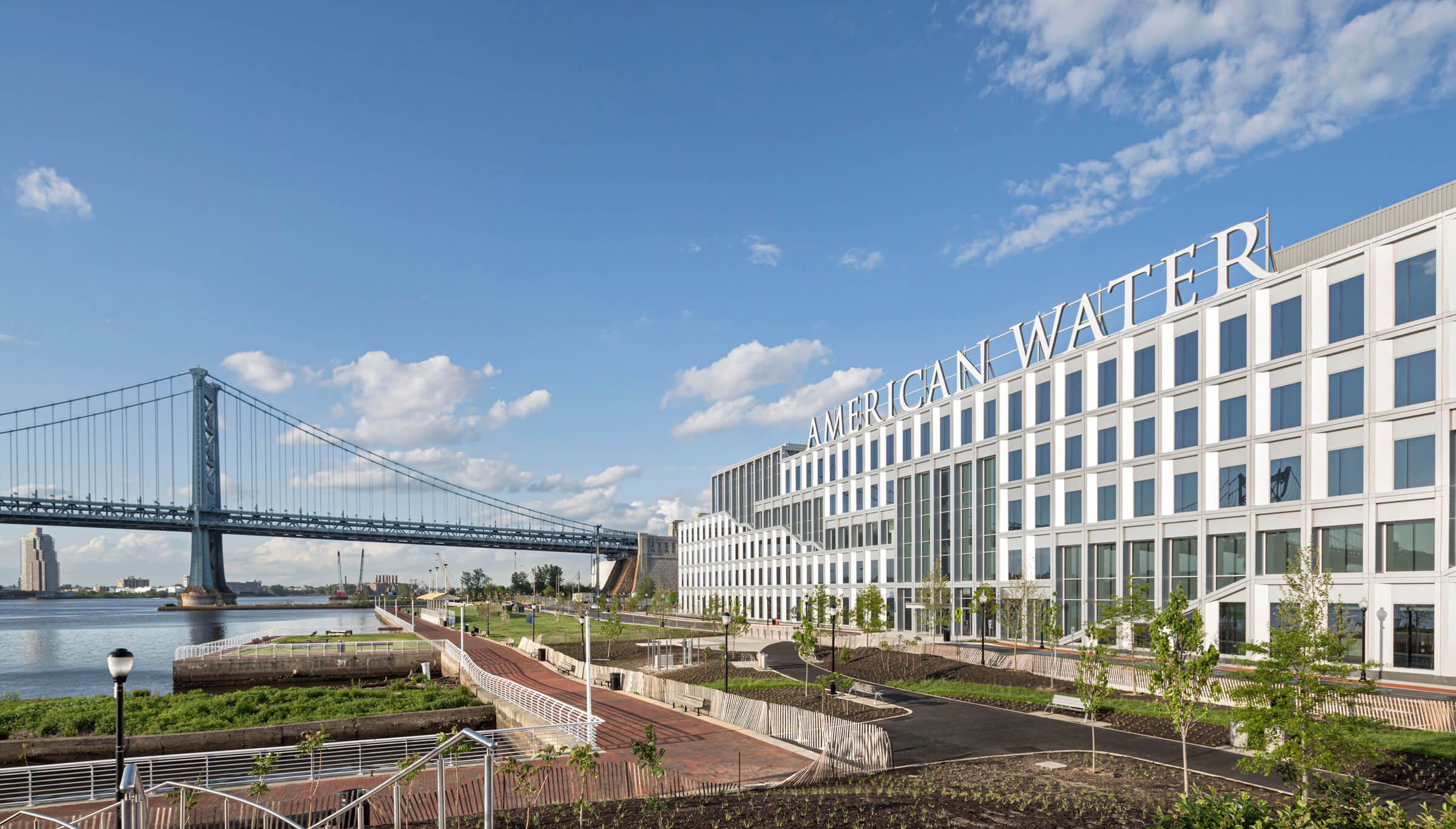 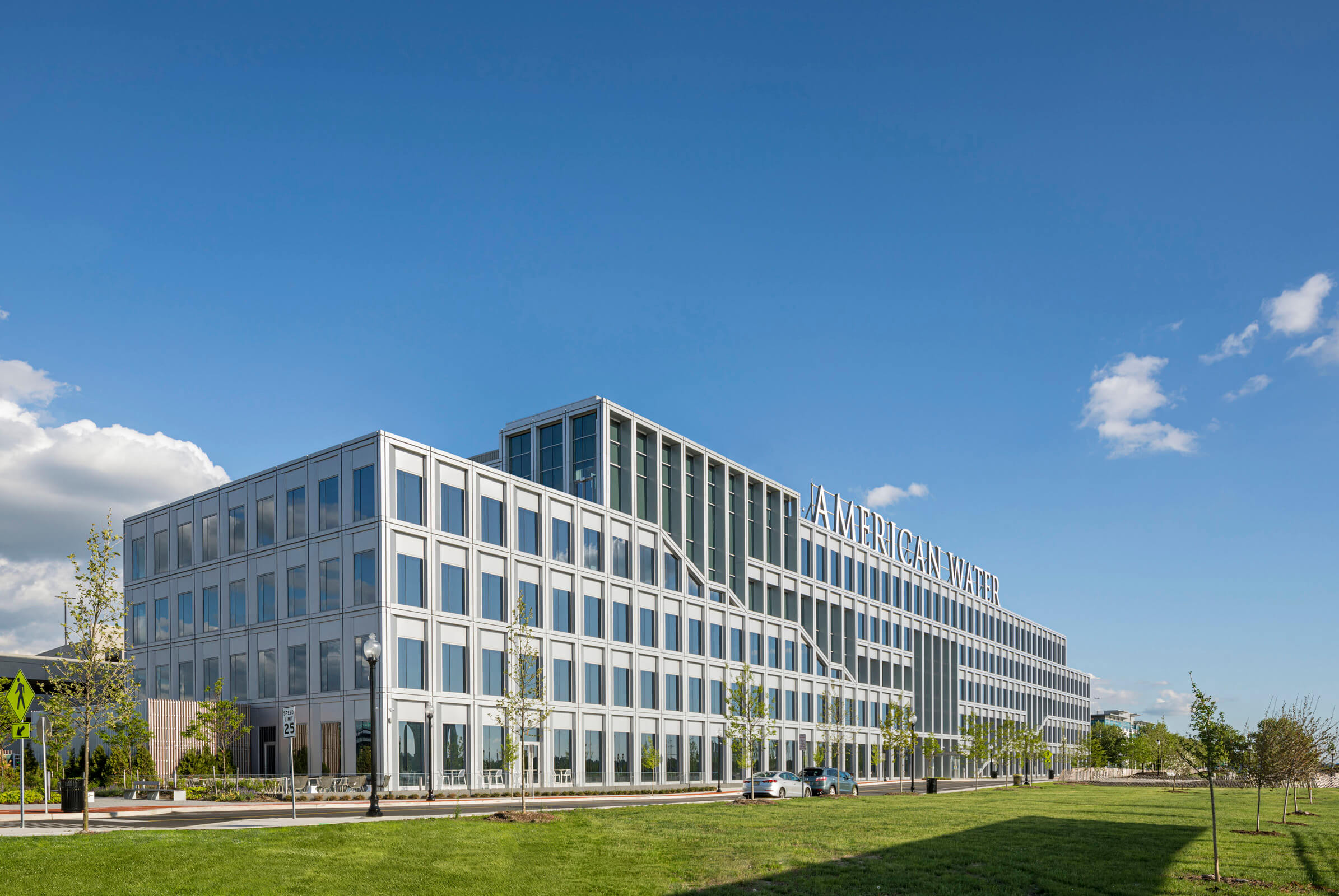 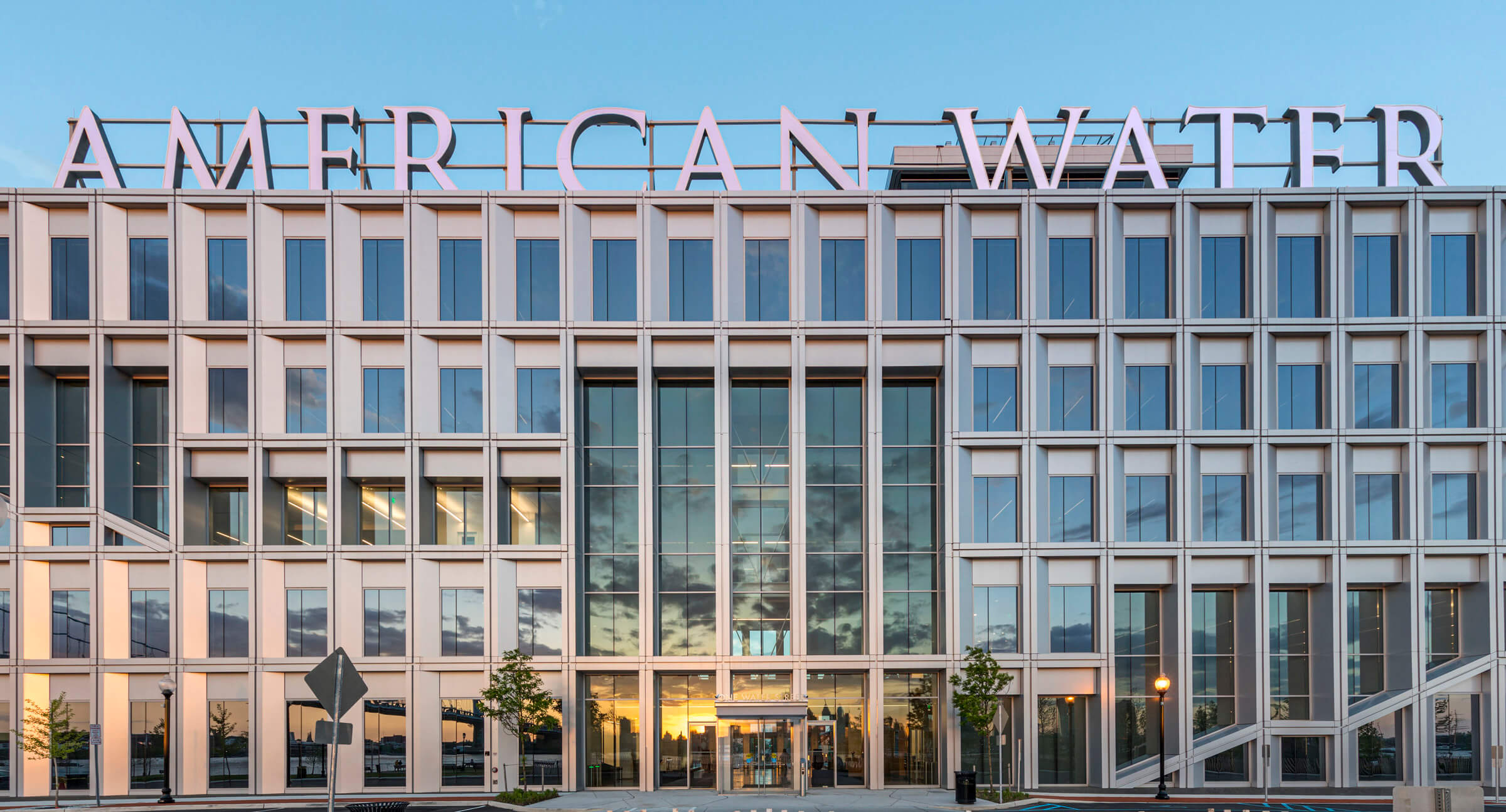 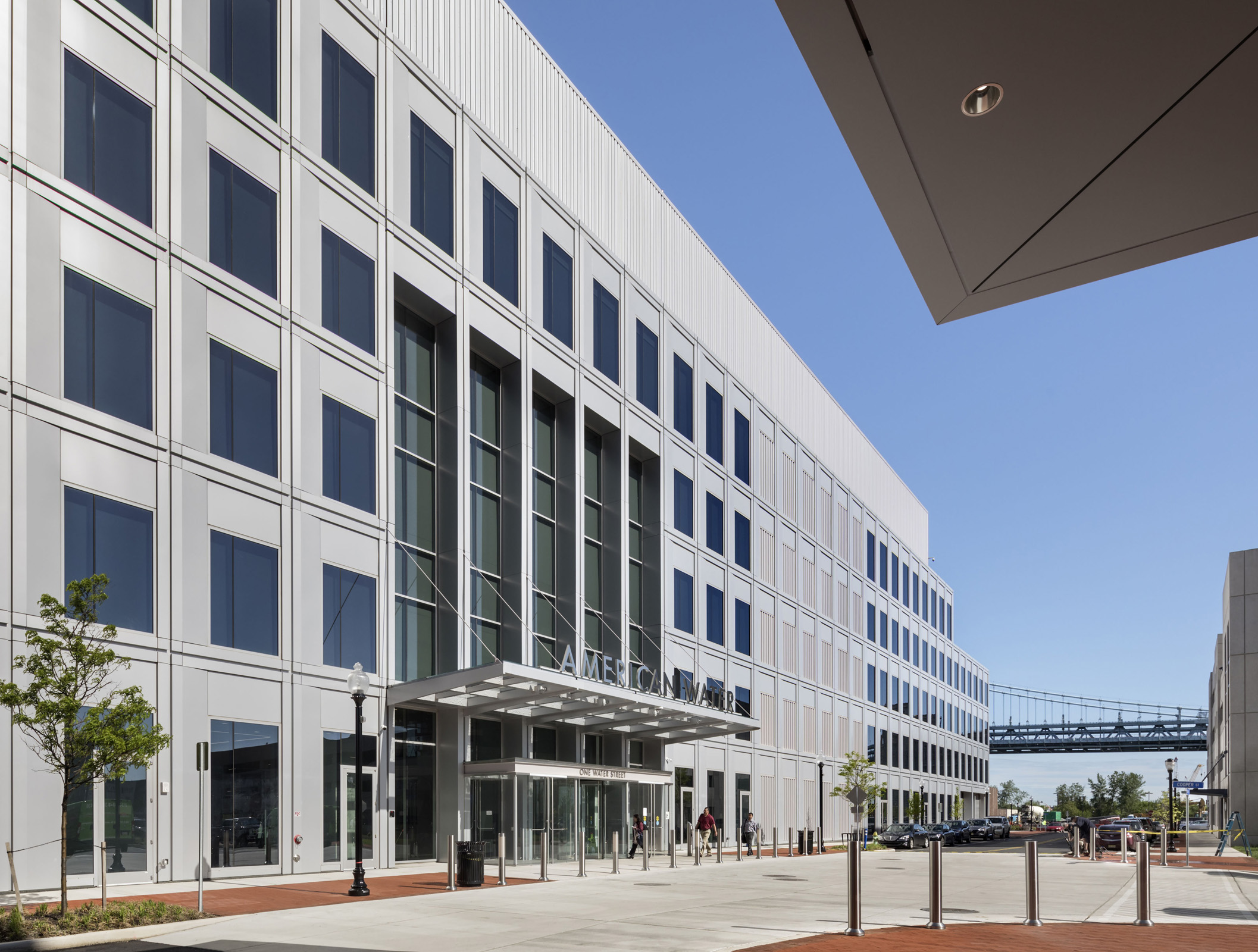 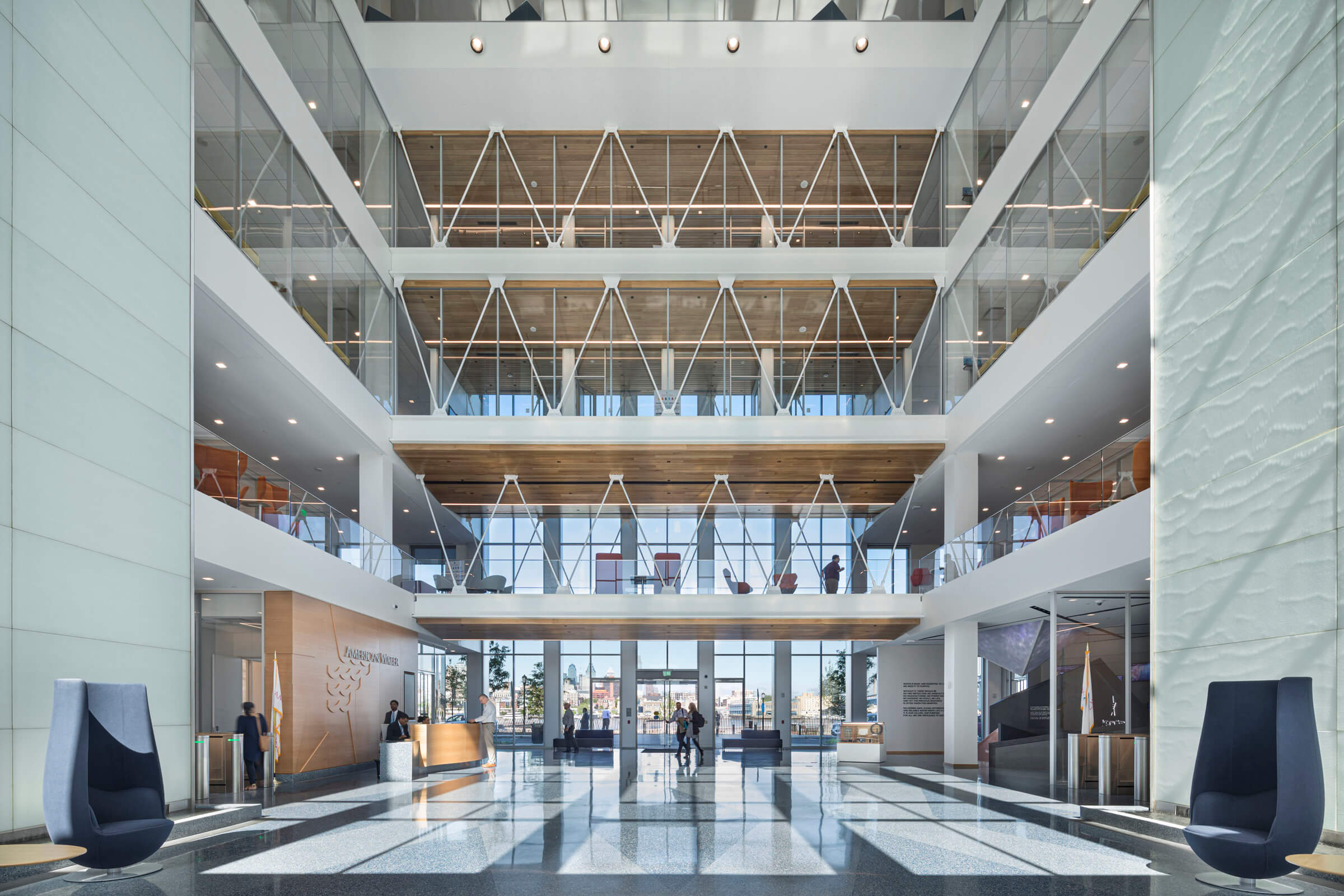 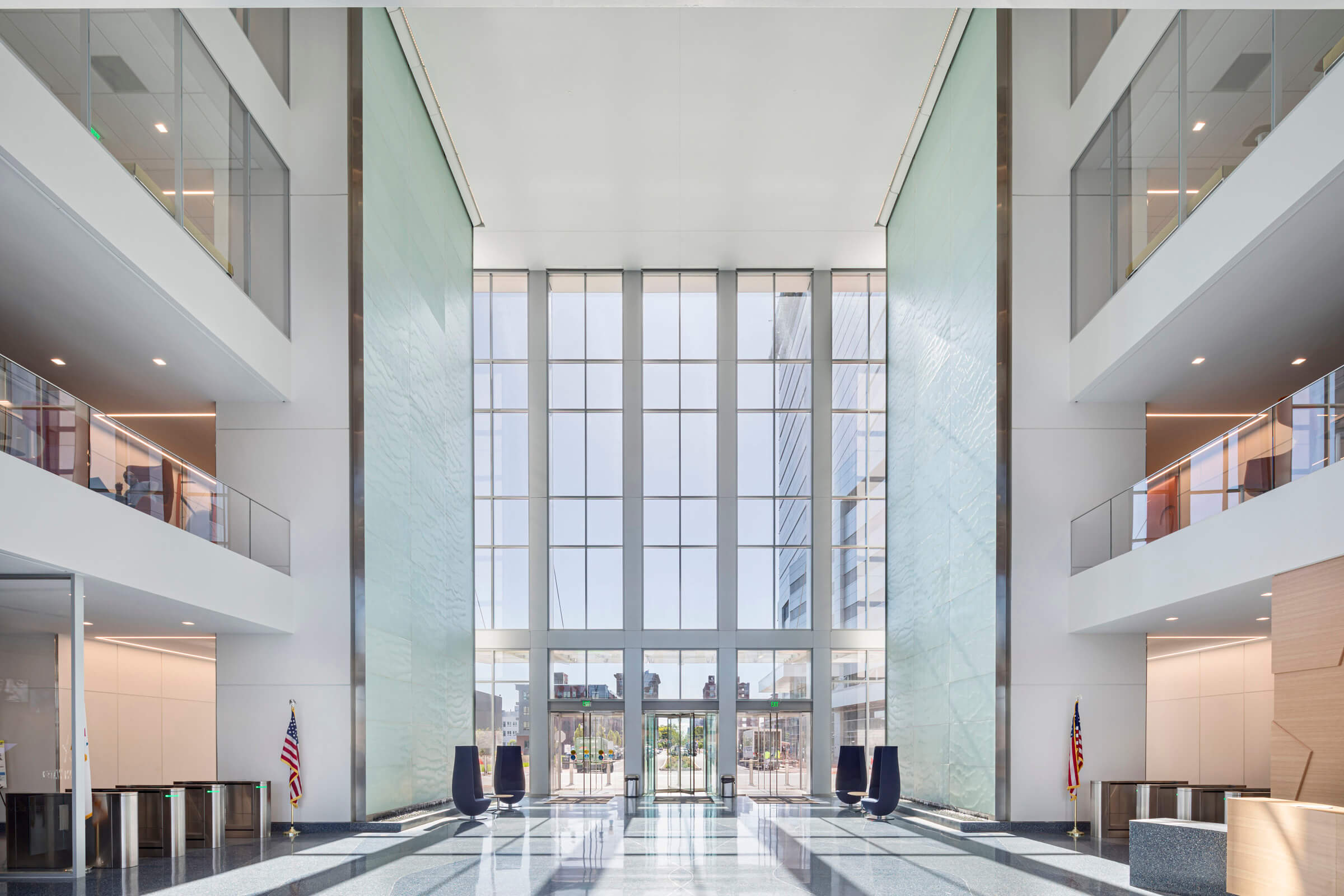 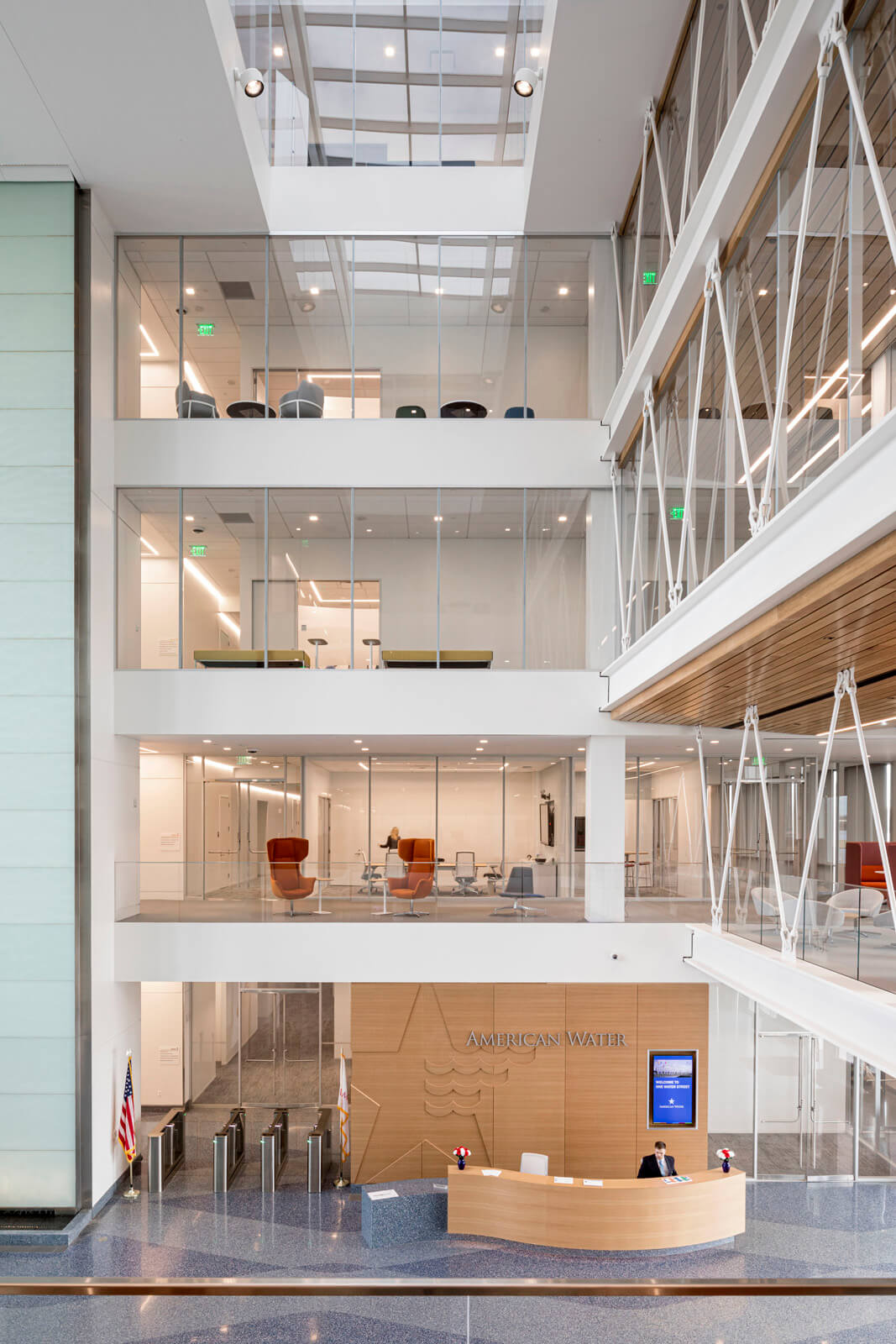 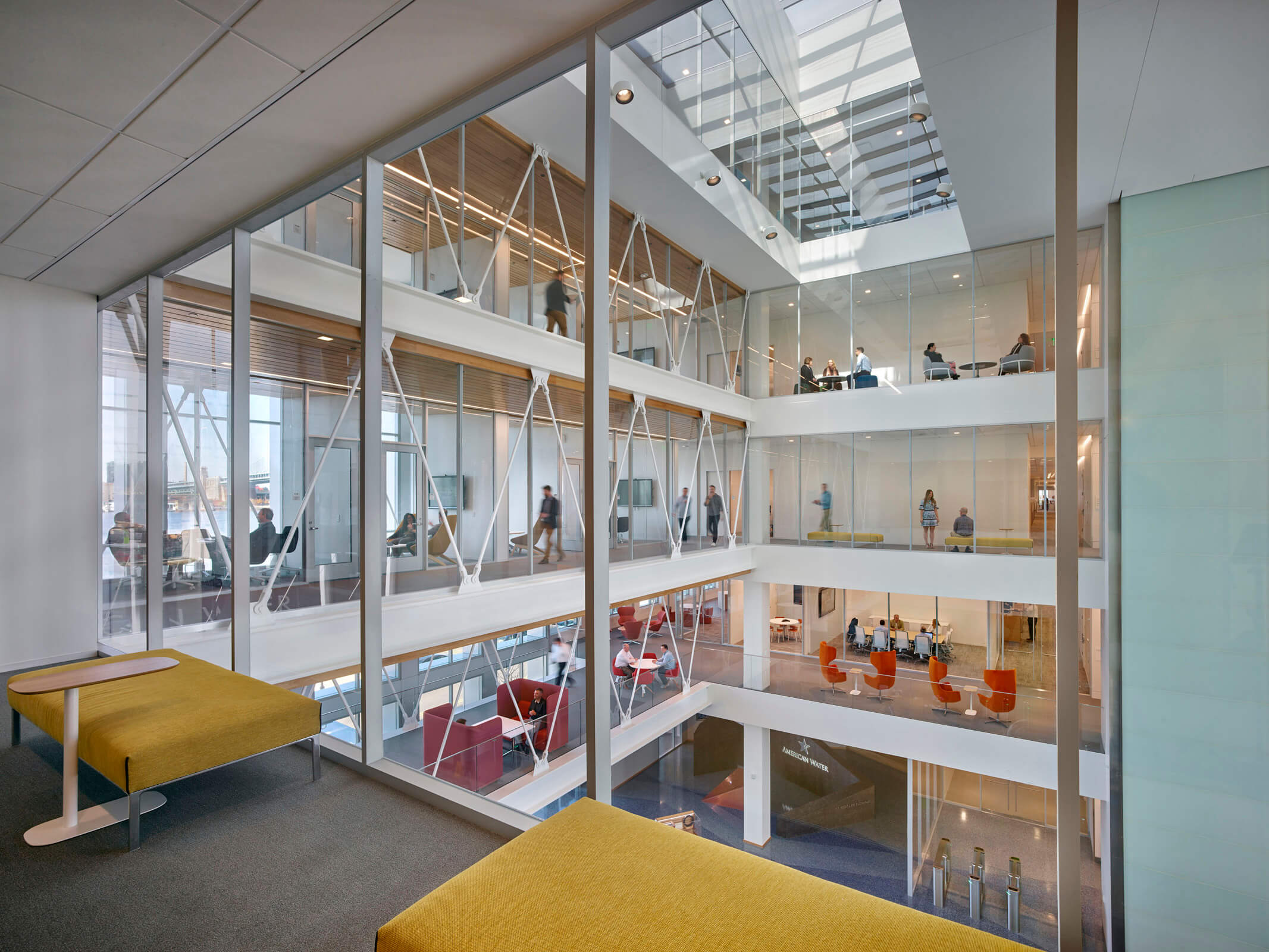 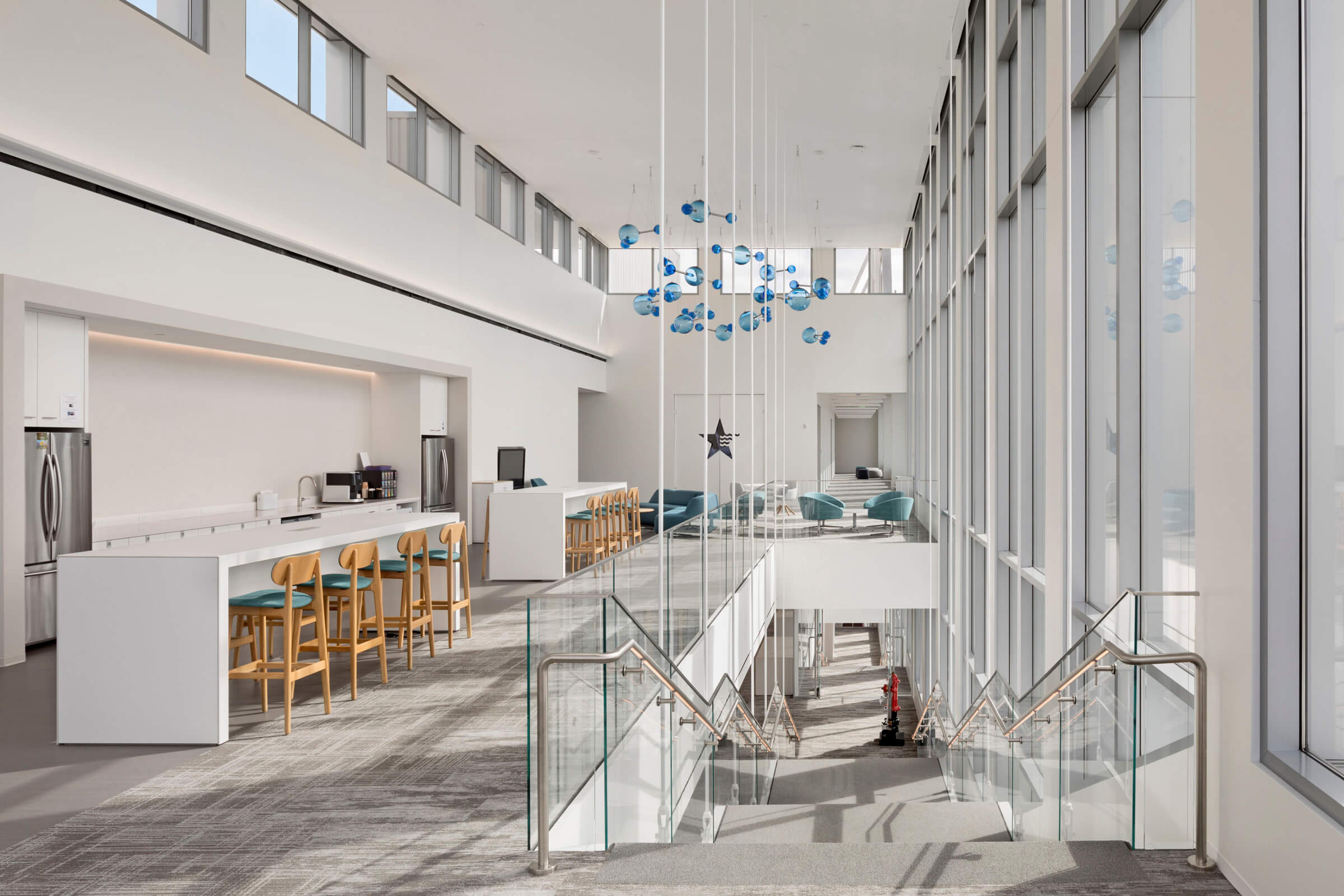 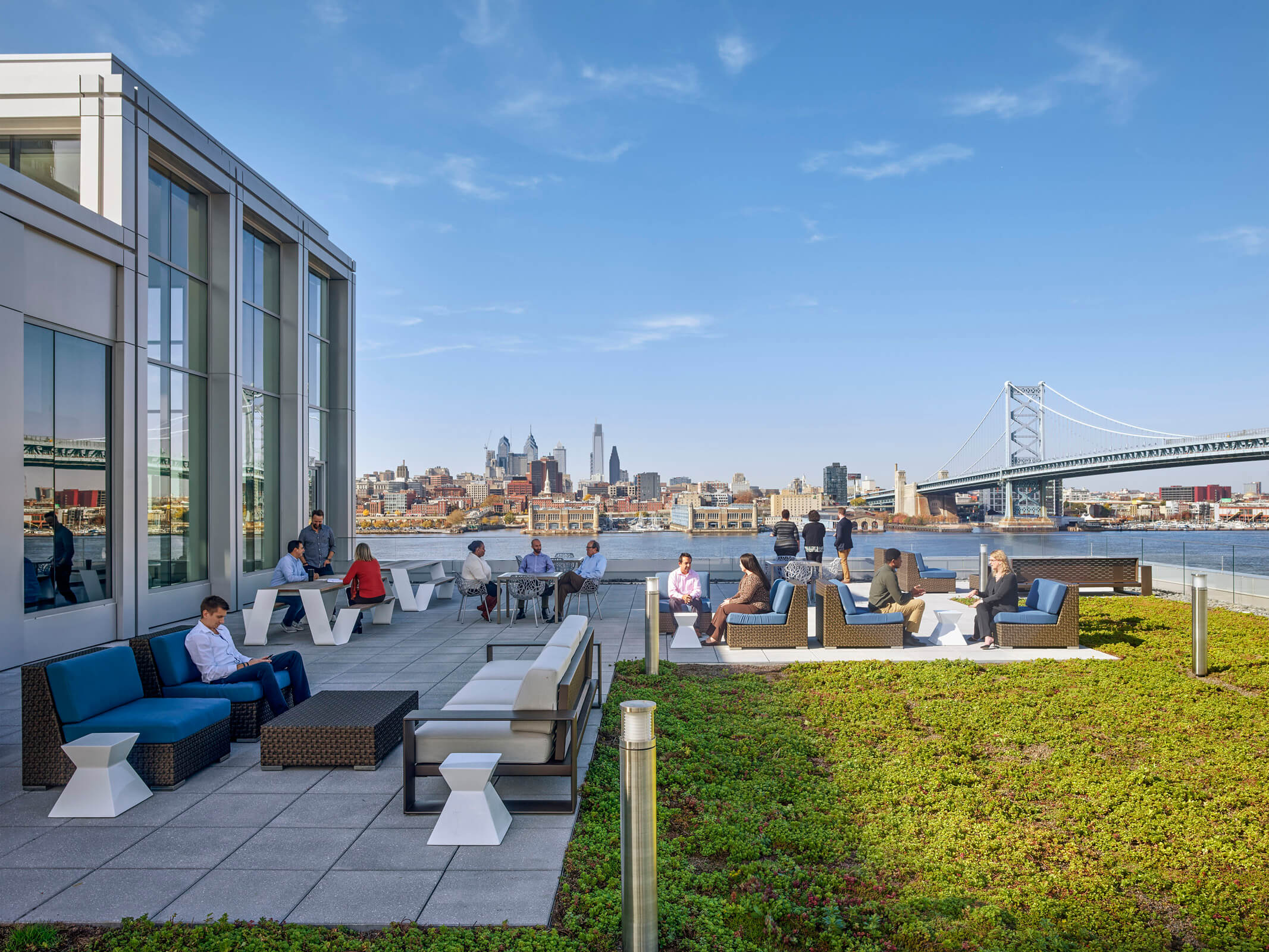