Reflecting the owners' requirements for a classically inspired design that would fit into the local context, this house looks to Georgian prototypes, and especially to eighteenth- and early-nineteenth-century East Hampton houses, for its massing and detail.

The primary rooms are contained within a rectangular gambrel-roofed mass bracketed by identically sized, shed-roofed library and kitchen wings. To the north, the wing containing the family room and garage appears to be an earlier saltbox-type house to which the grander, symmetrical house was later added. Rough, thickly cut cedar shakes and bold classical moldings enliven the simple forms of the house, in contrast with the taut, machine-cut shingles and planar trim of the more picturesque forms of the Shingle Style. Large and small scale are vividly contrasted: giant order pilasters bracket the central entry facade and support a deep-bracketed eave; slender, paired colonettes support the entry porch. Inside, the large rooms open onto one another, demonstrating the kind of country-house planning perfected at the beginning of this century, although the interior details again derive from earlier American prototypes. 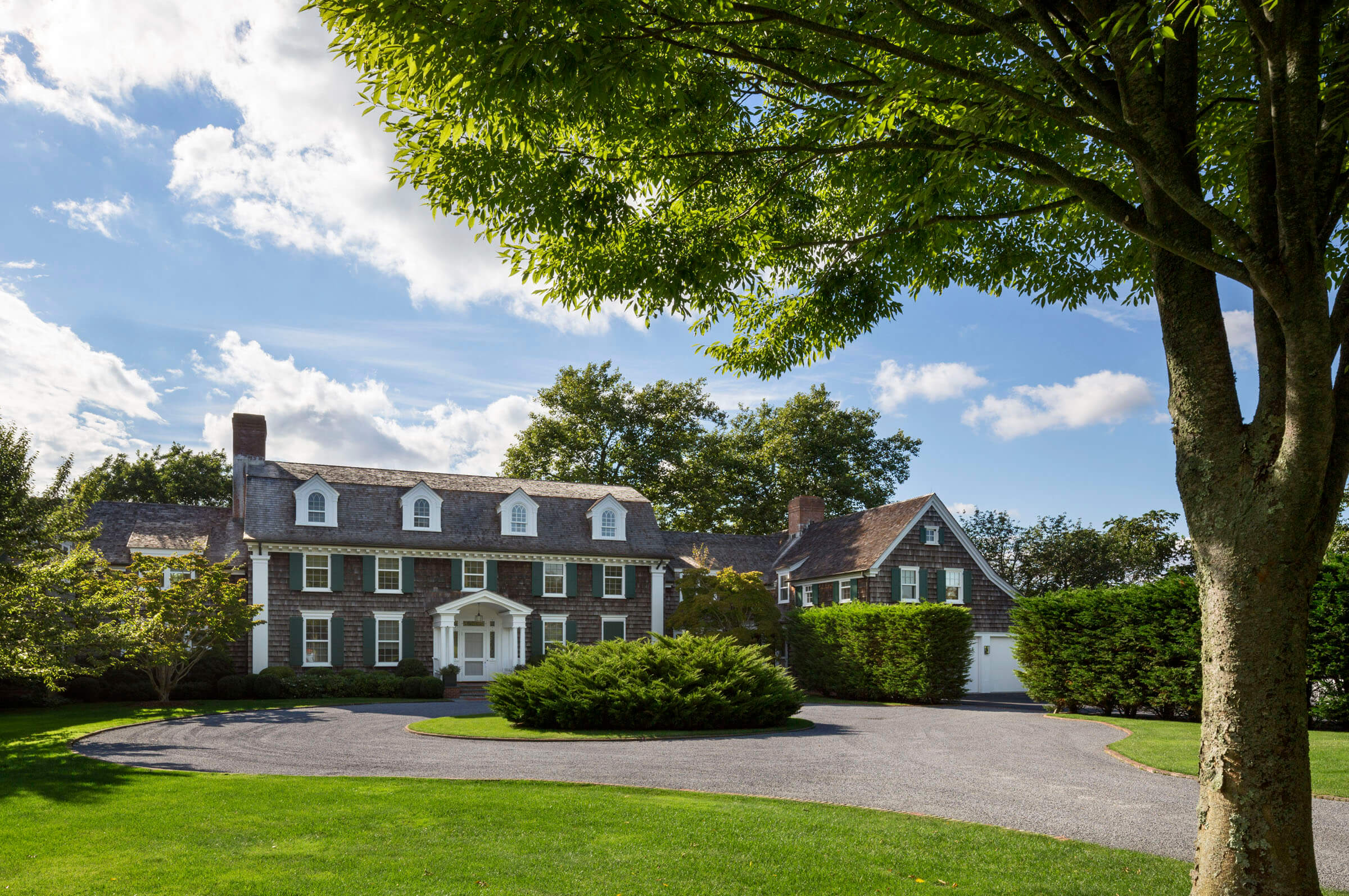 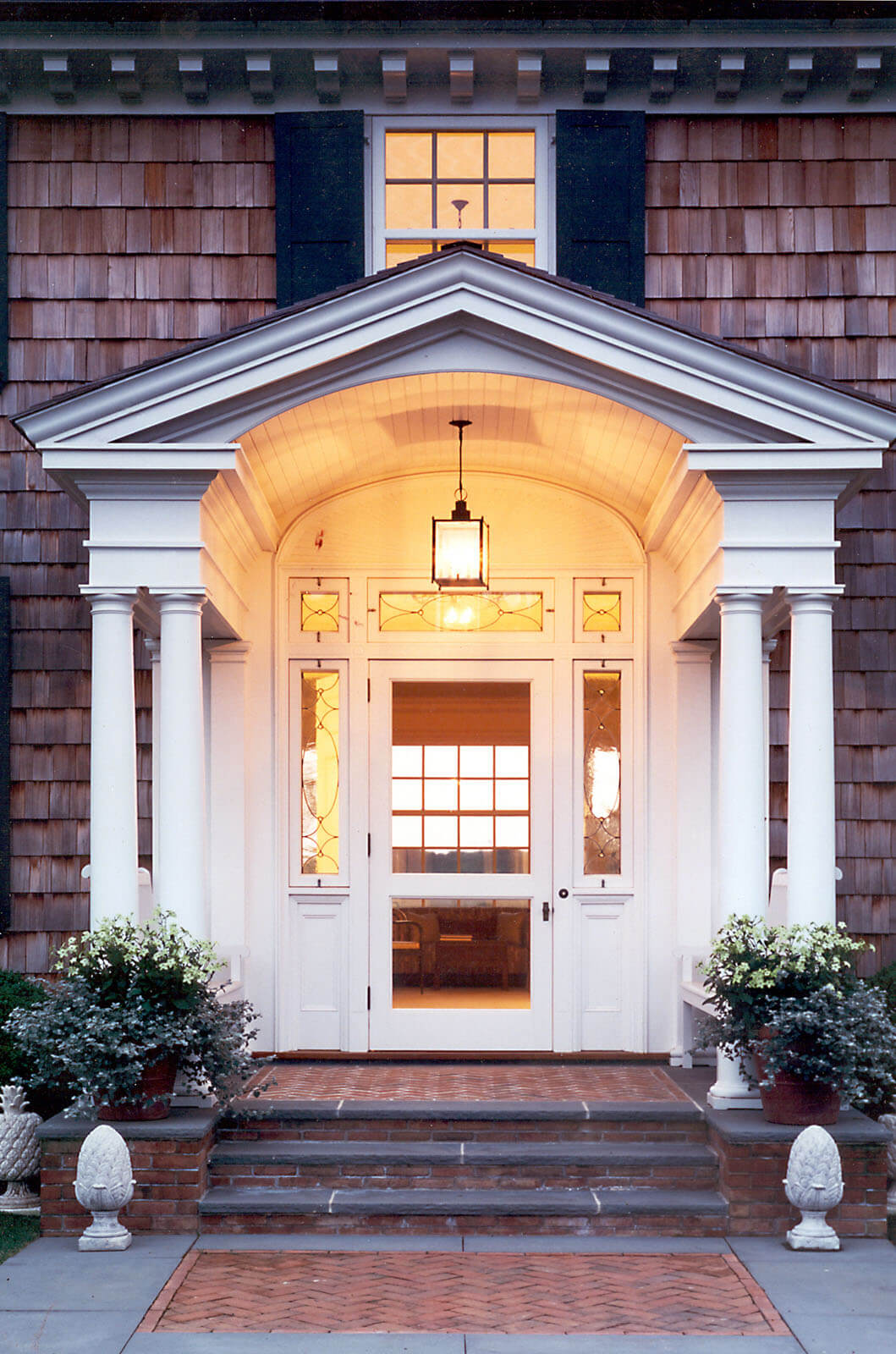 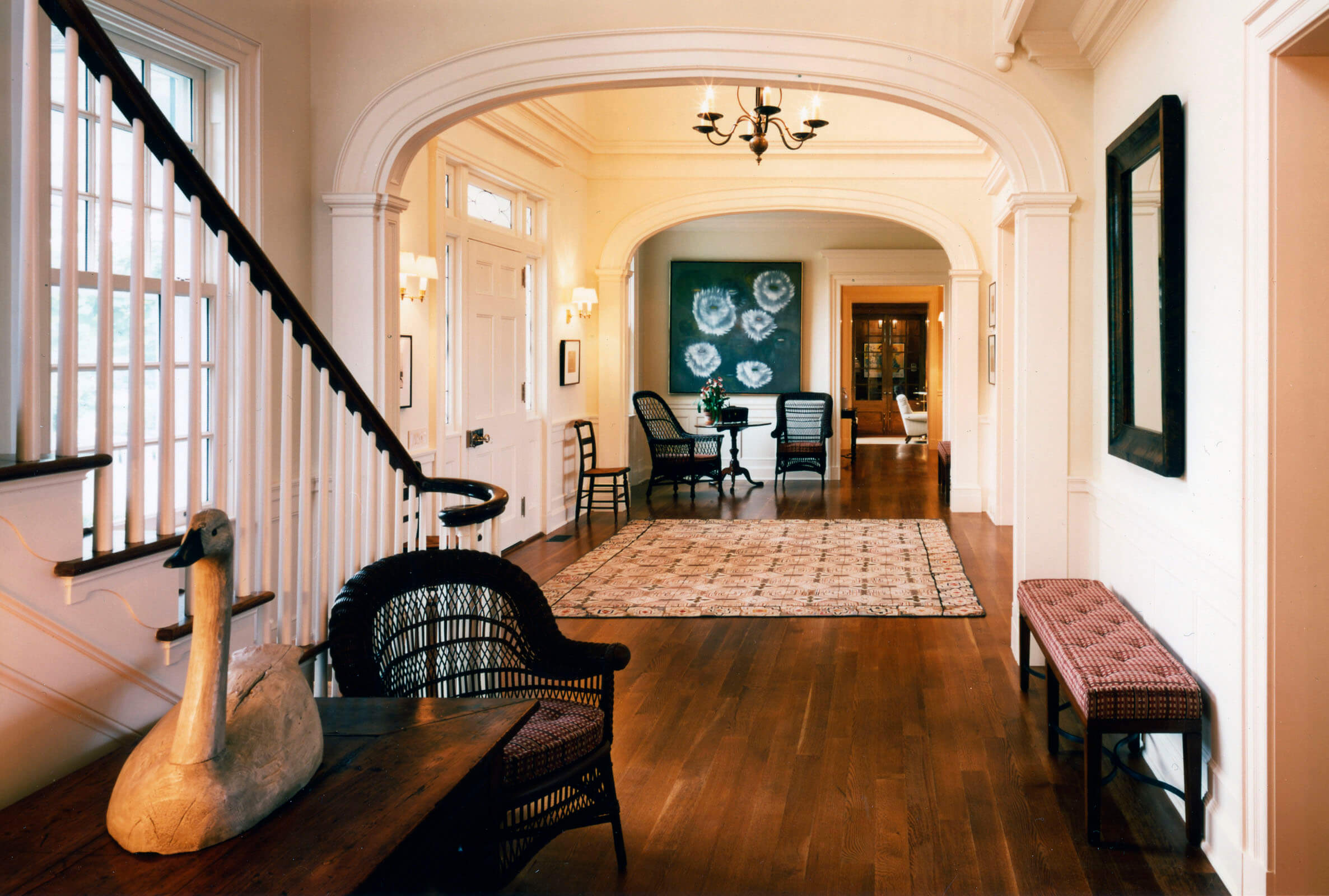 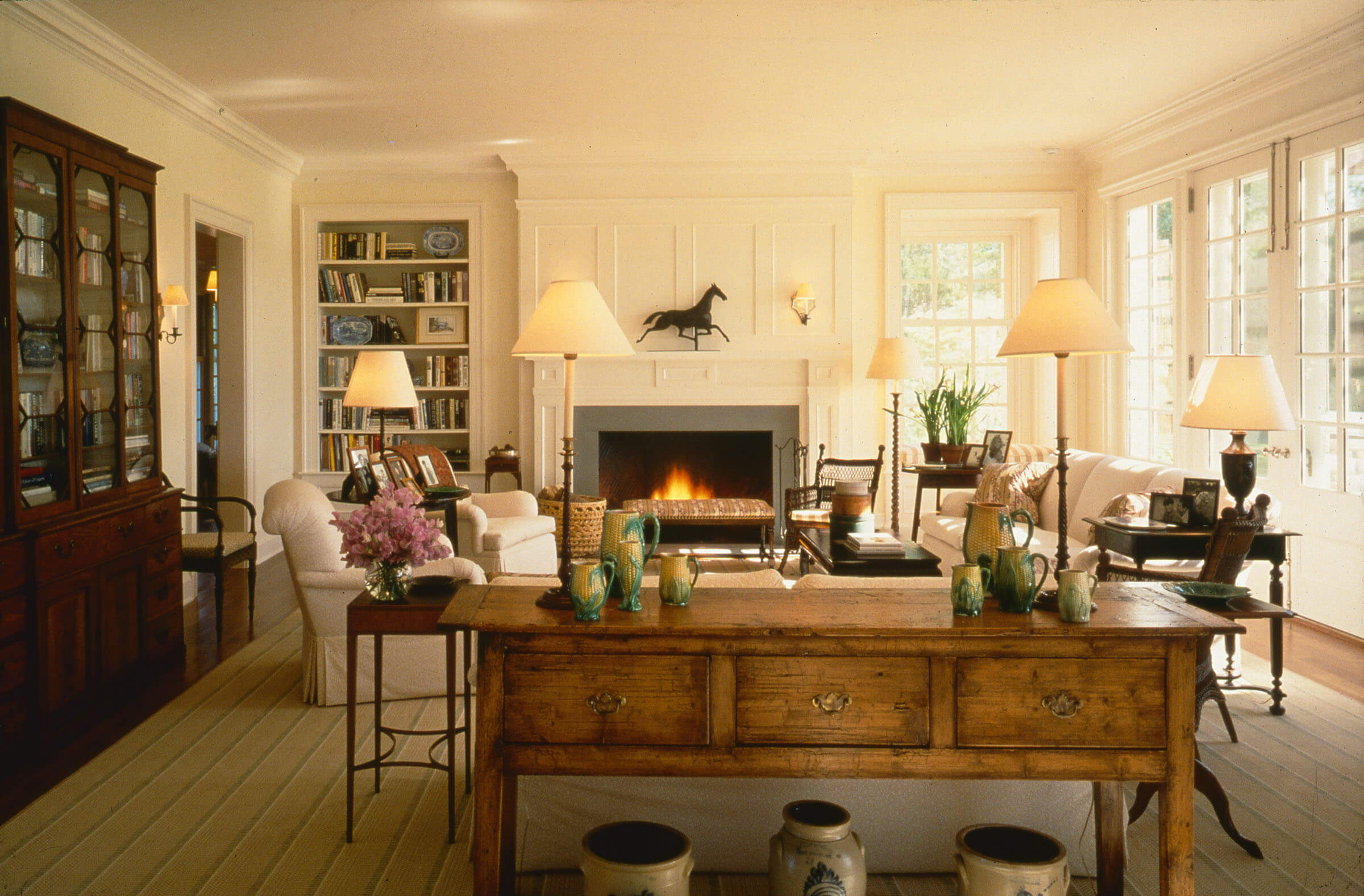 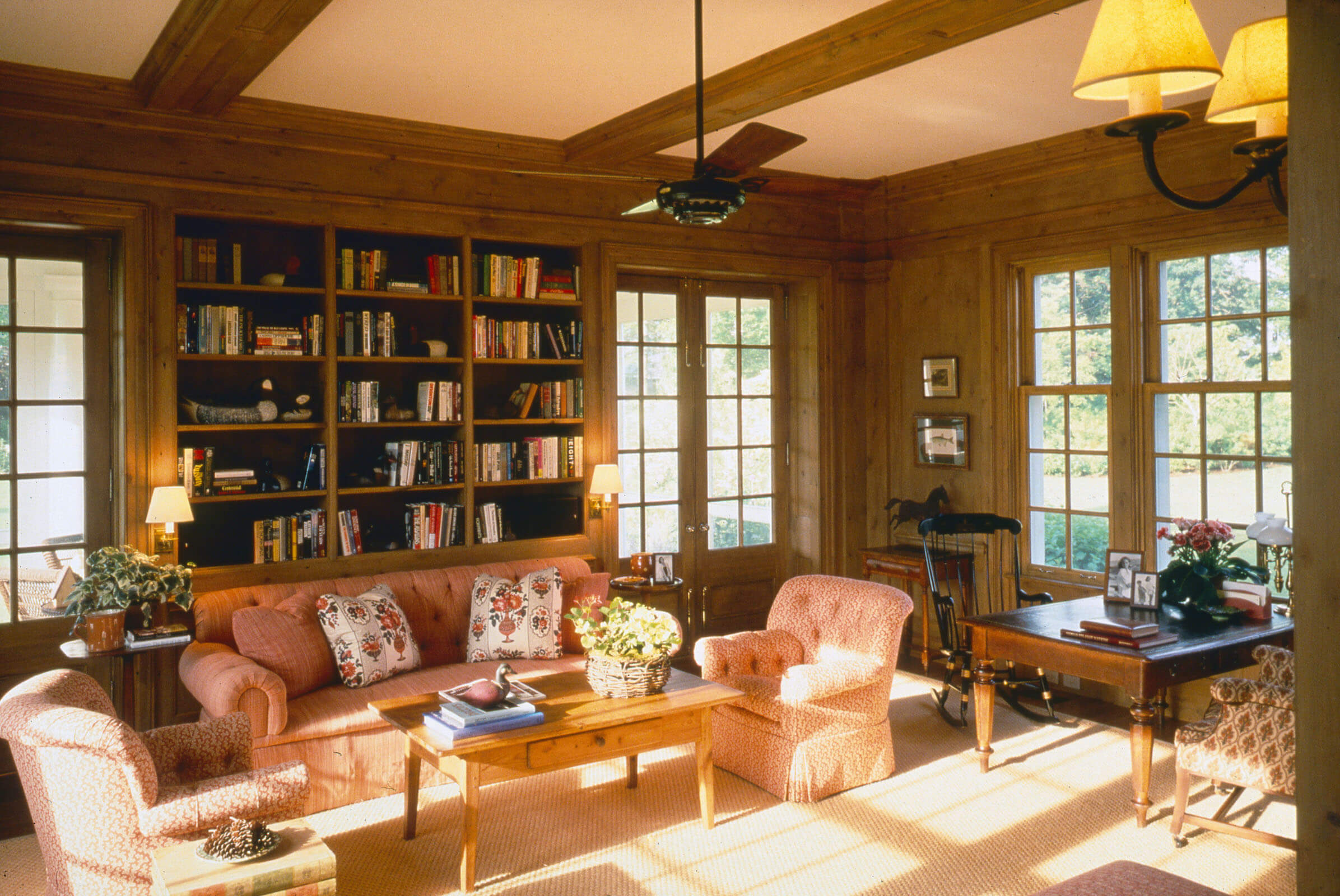 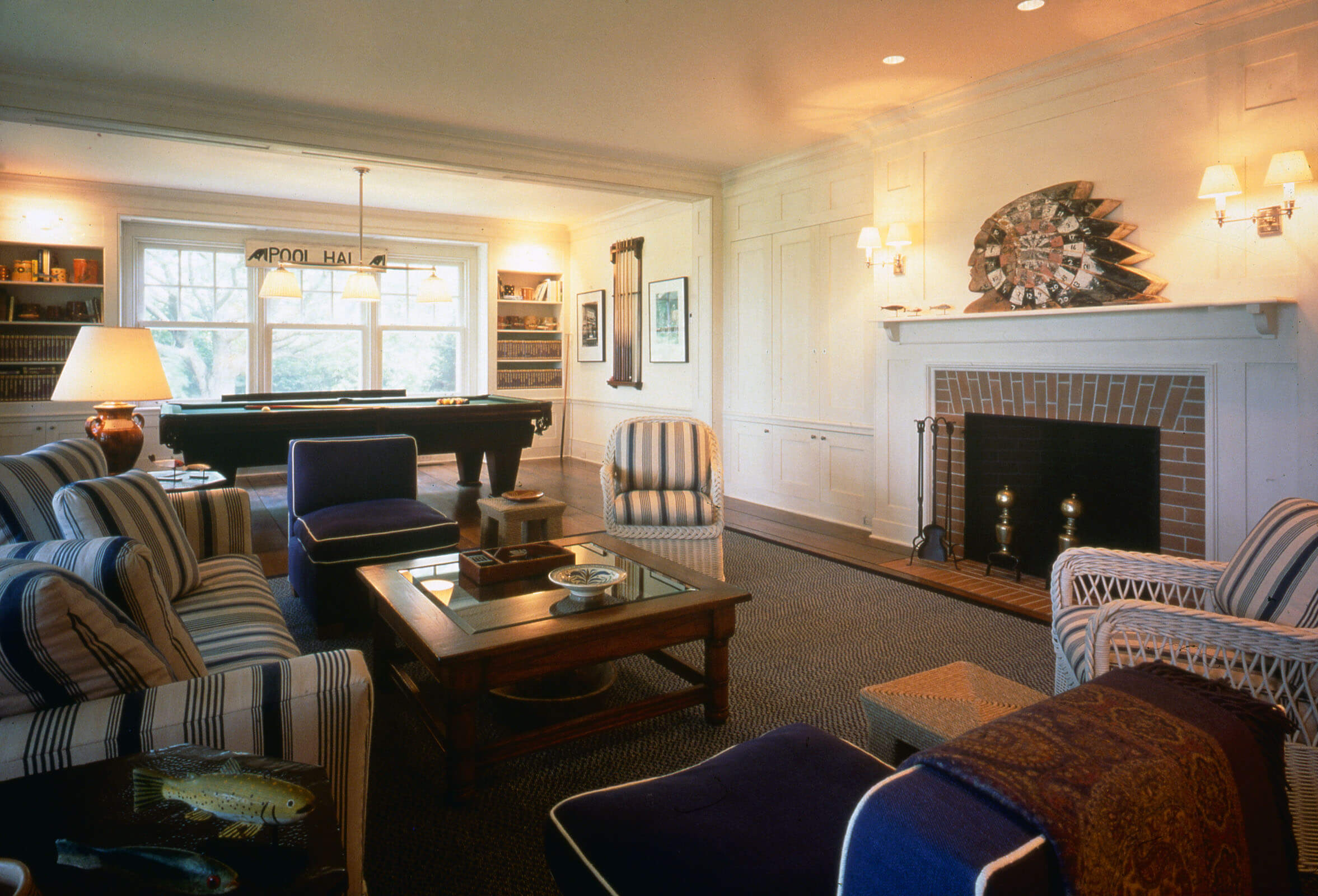 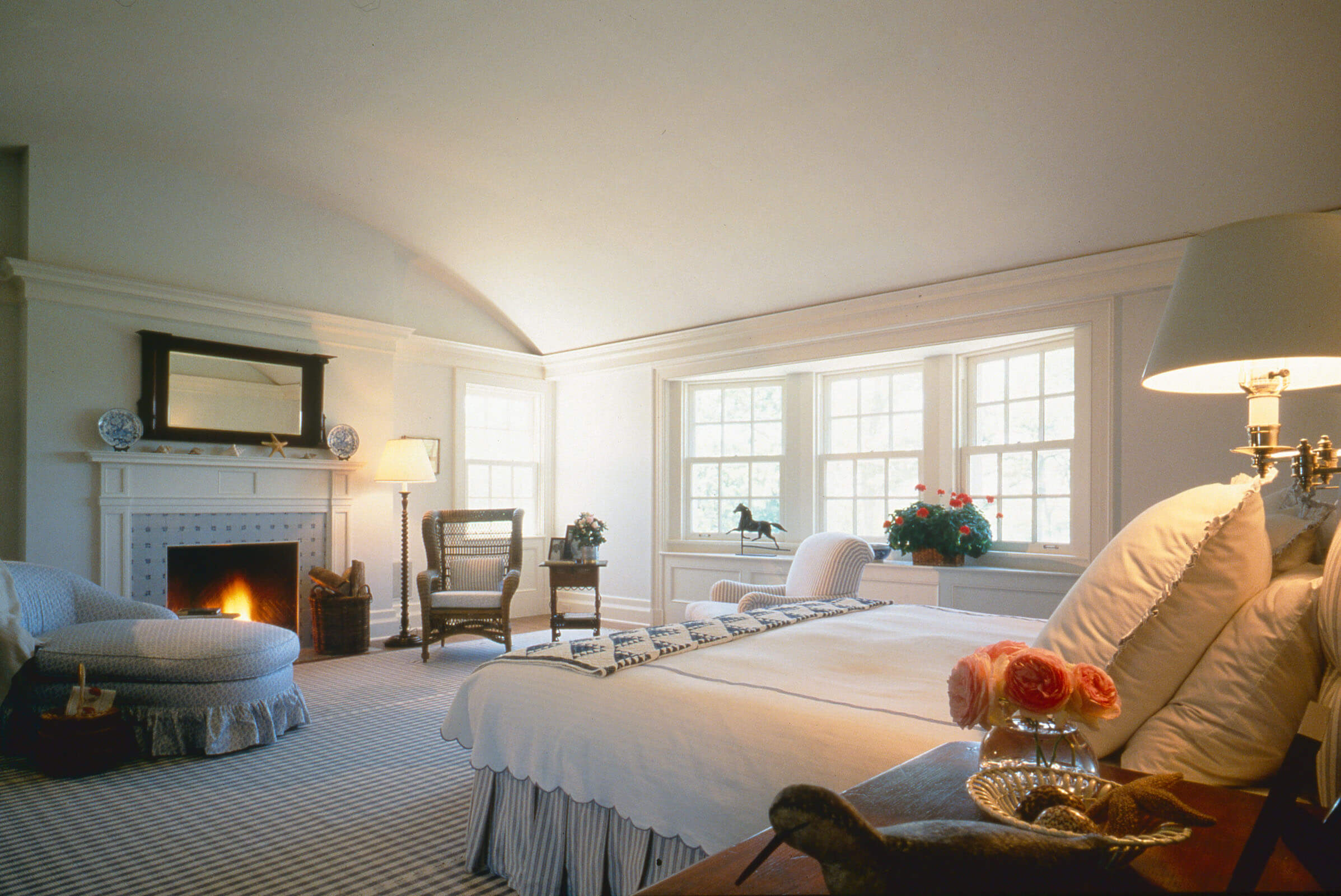 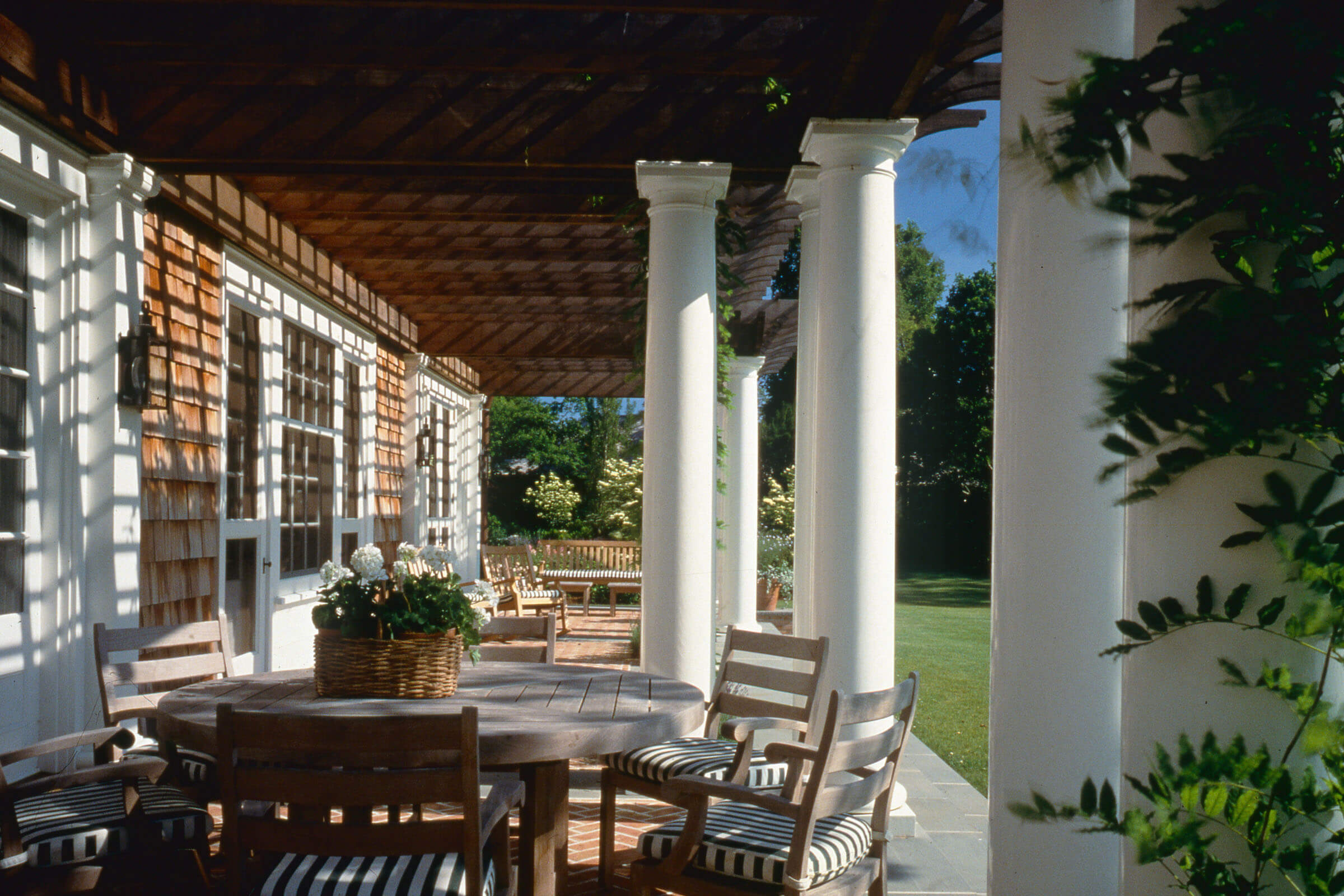 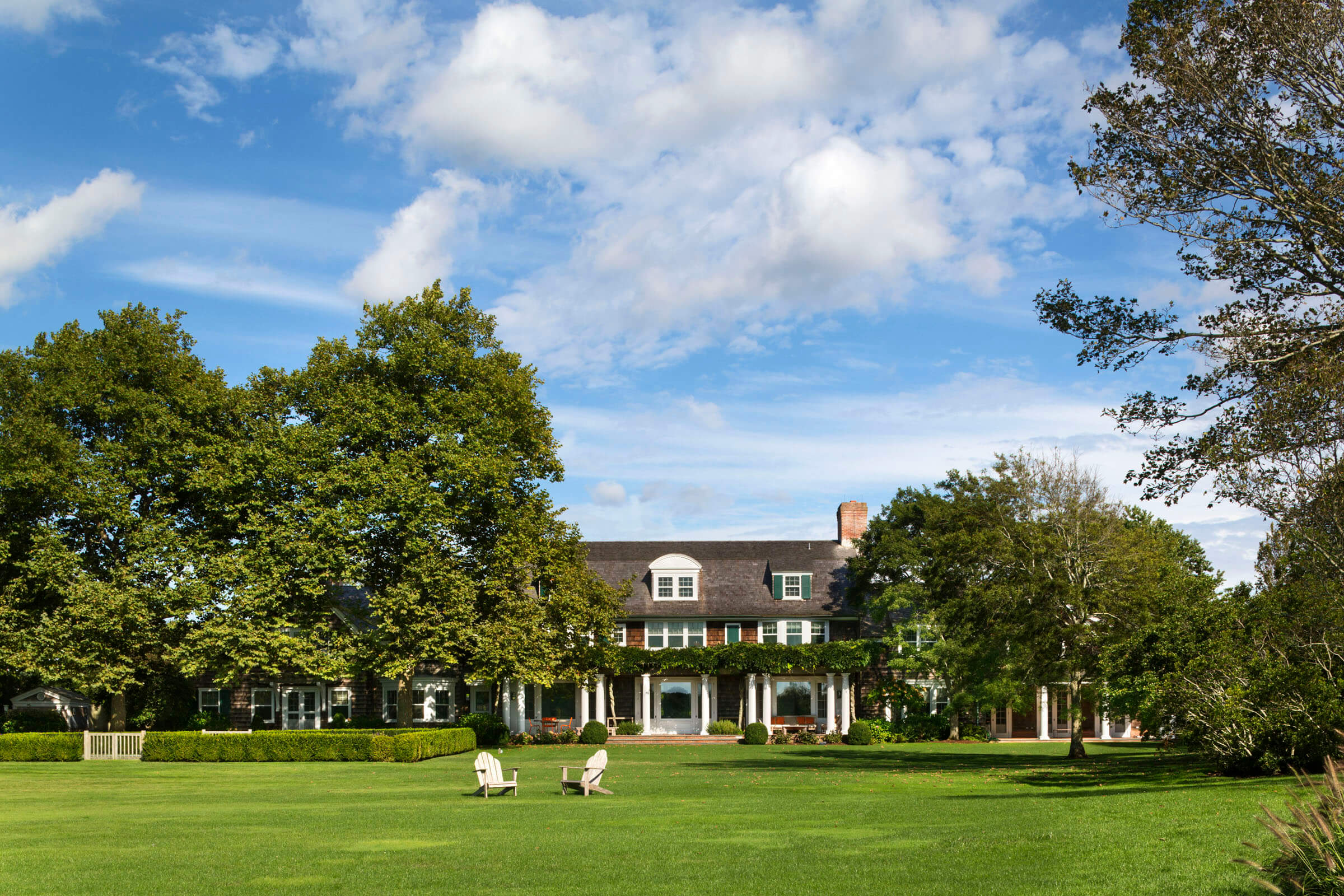