On a 24-acre site with views of the Napa Valley and distant mountains, this house recalls the California farmsteads of such Bay Area architects as William Wurster, as well as the rural vernacular of Tuscany and Provence. The house is composed of a series of variously-scaled stucco-faced and tile-roofed volumes arranged linearly along an axis of circulation, as if to suggest expansion over time. The volumes correspond roughly to the individual rooms of the plan, each a formal entity in its own right, but which are disposed informally in relation to each other. The result is a relaxed composition that straddles its knoll and creates a series of implied and real courtyards to impart a more human sense of scale on the majestic landscape. 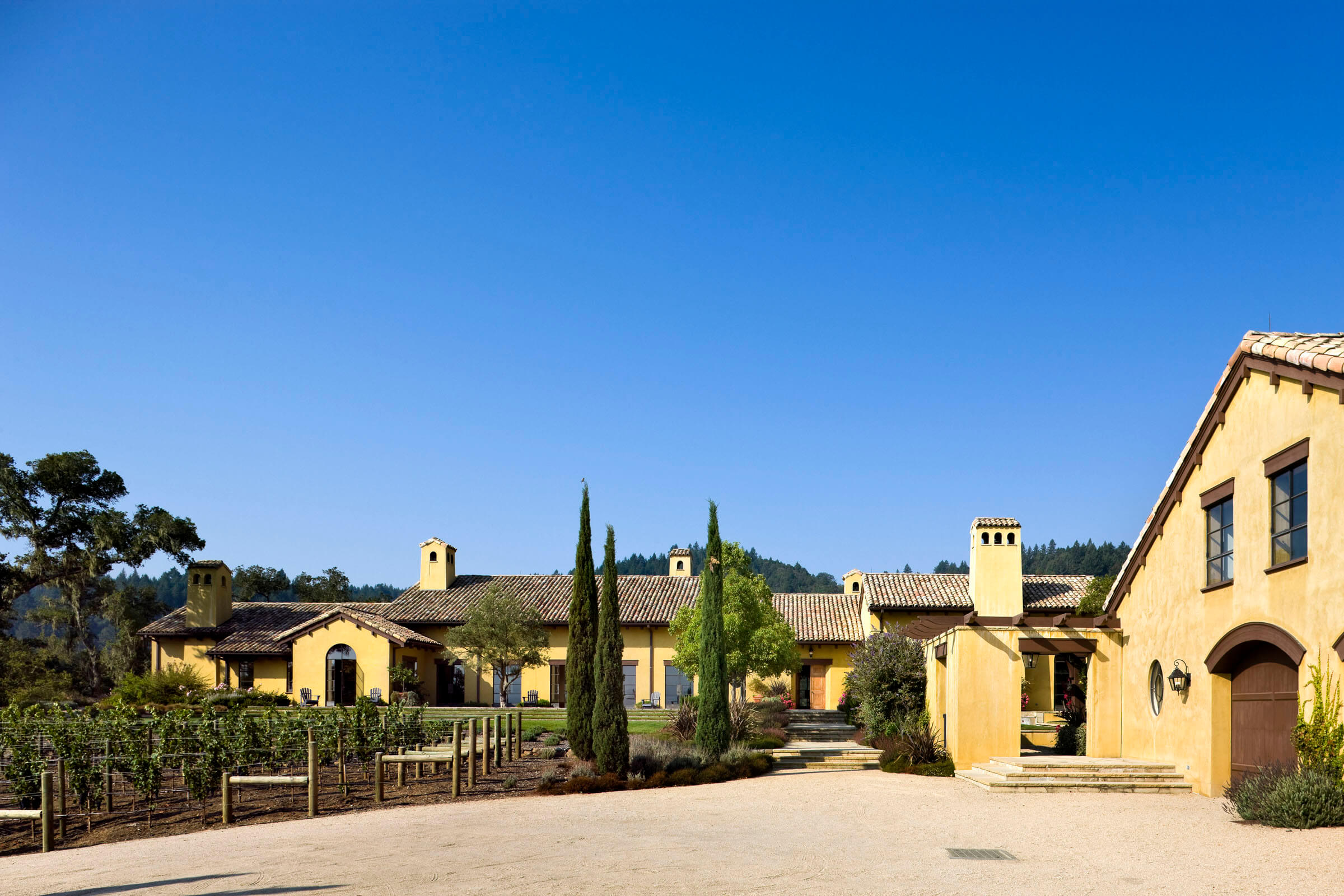 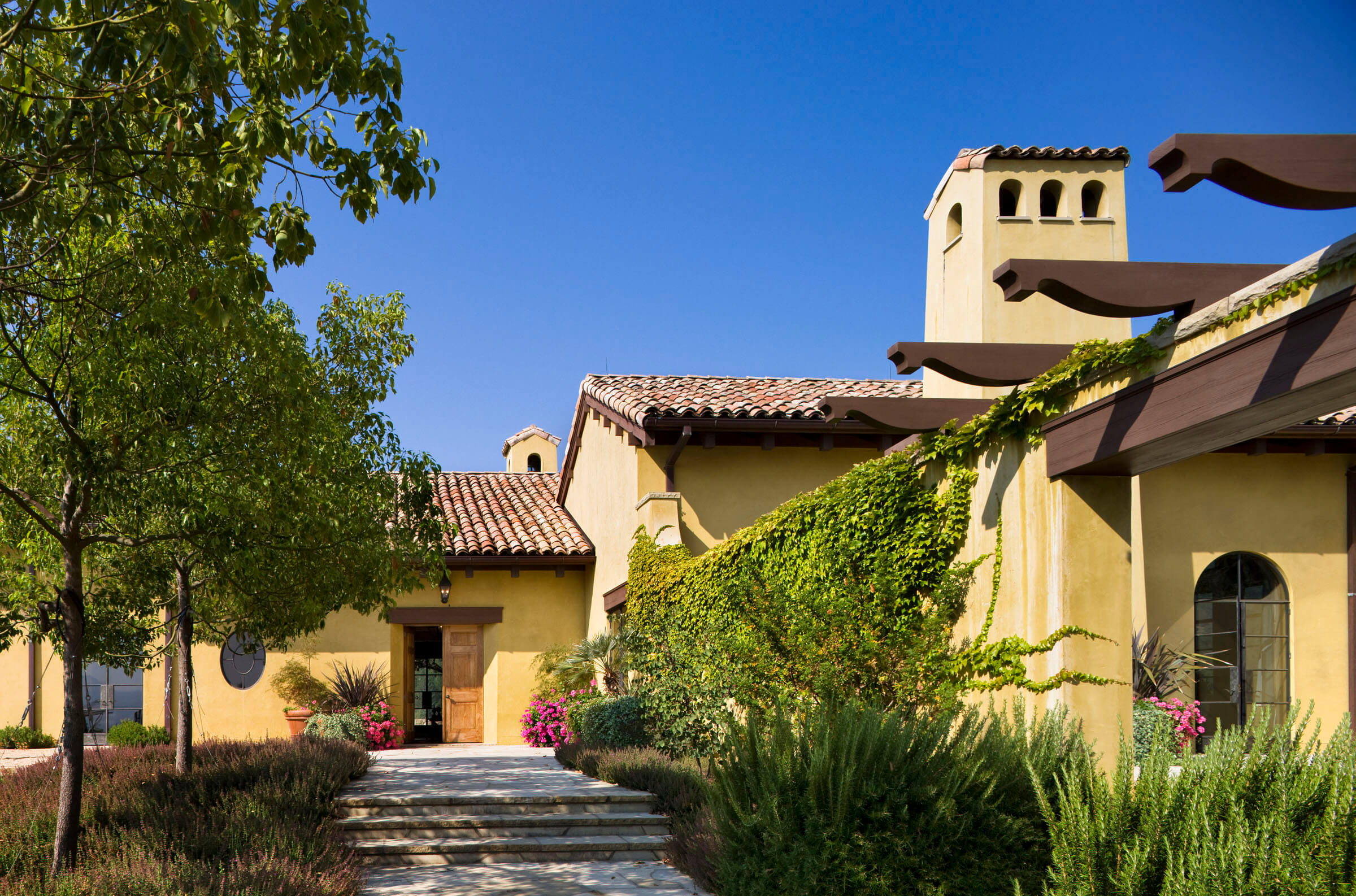 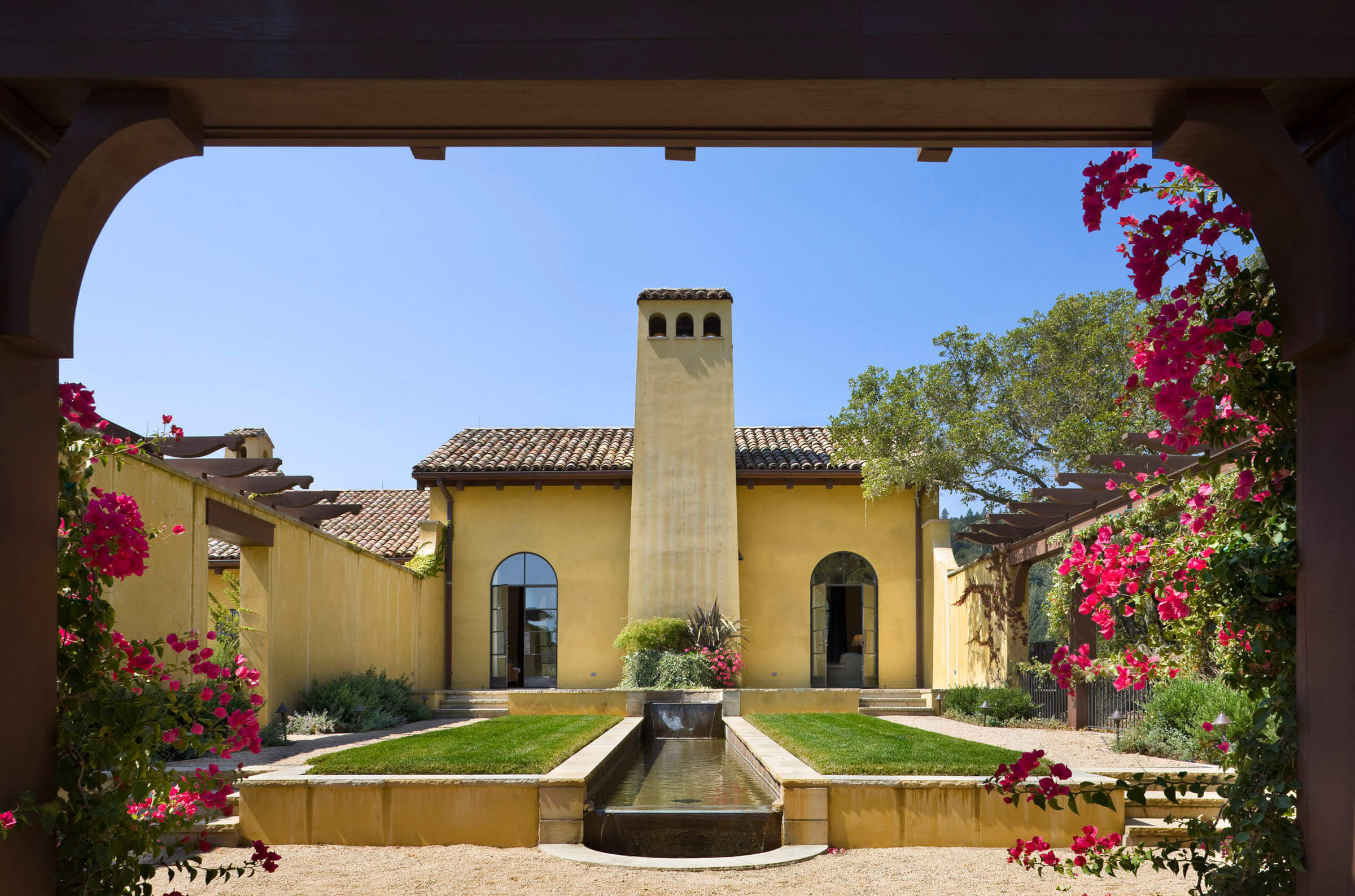 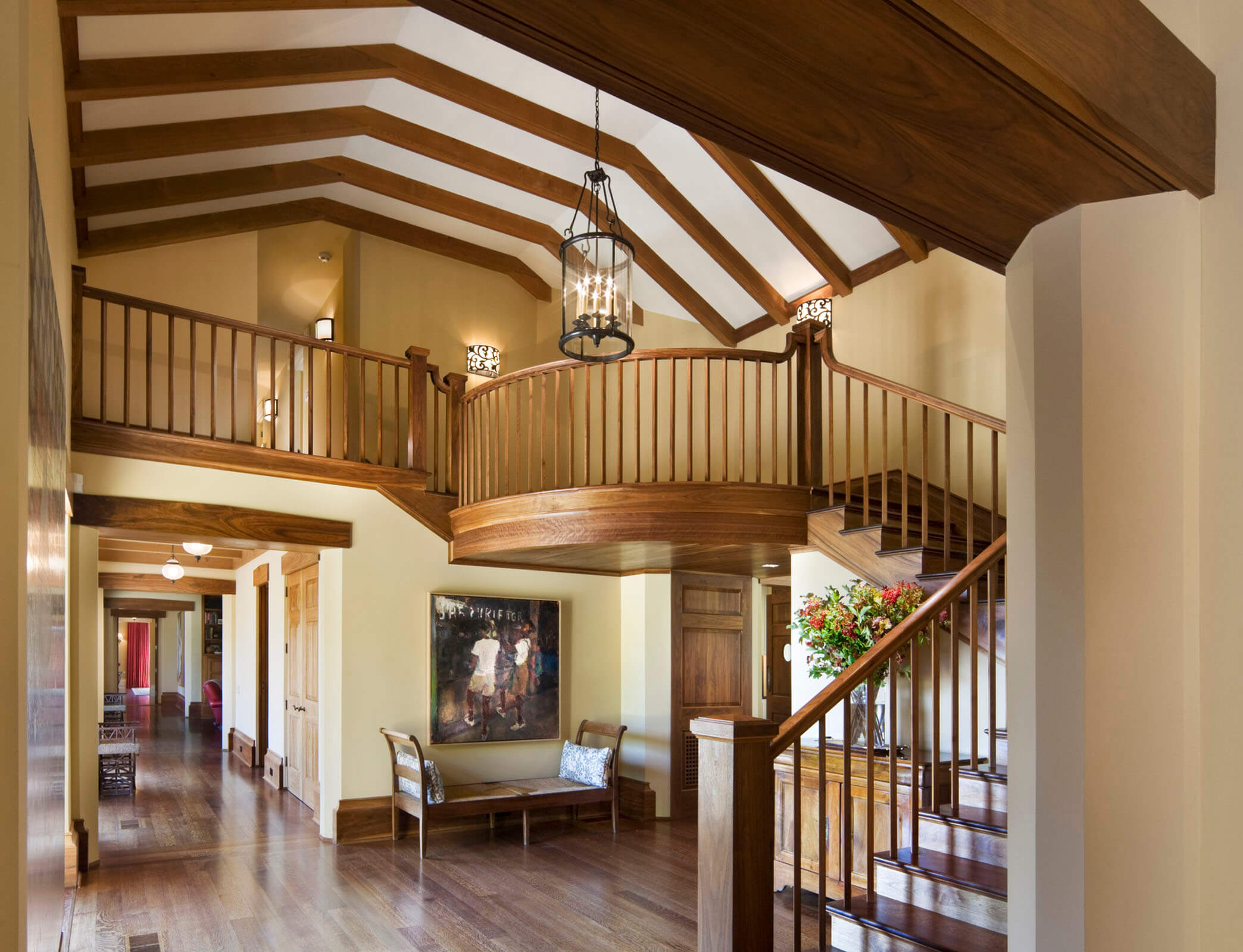 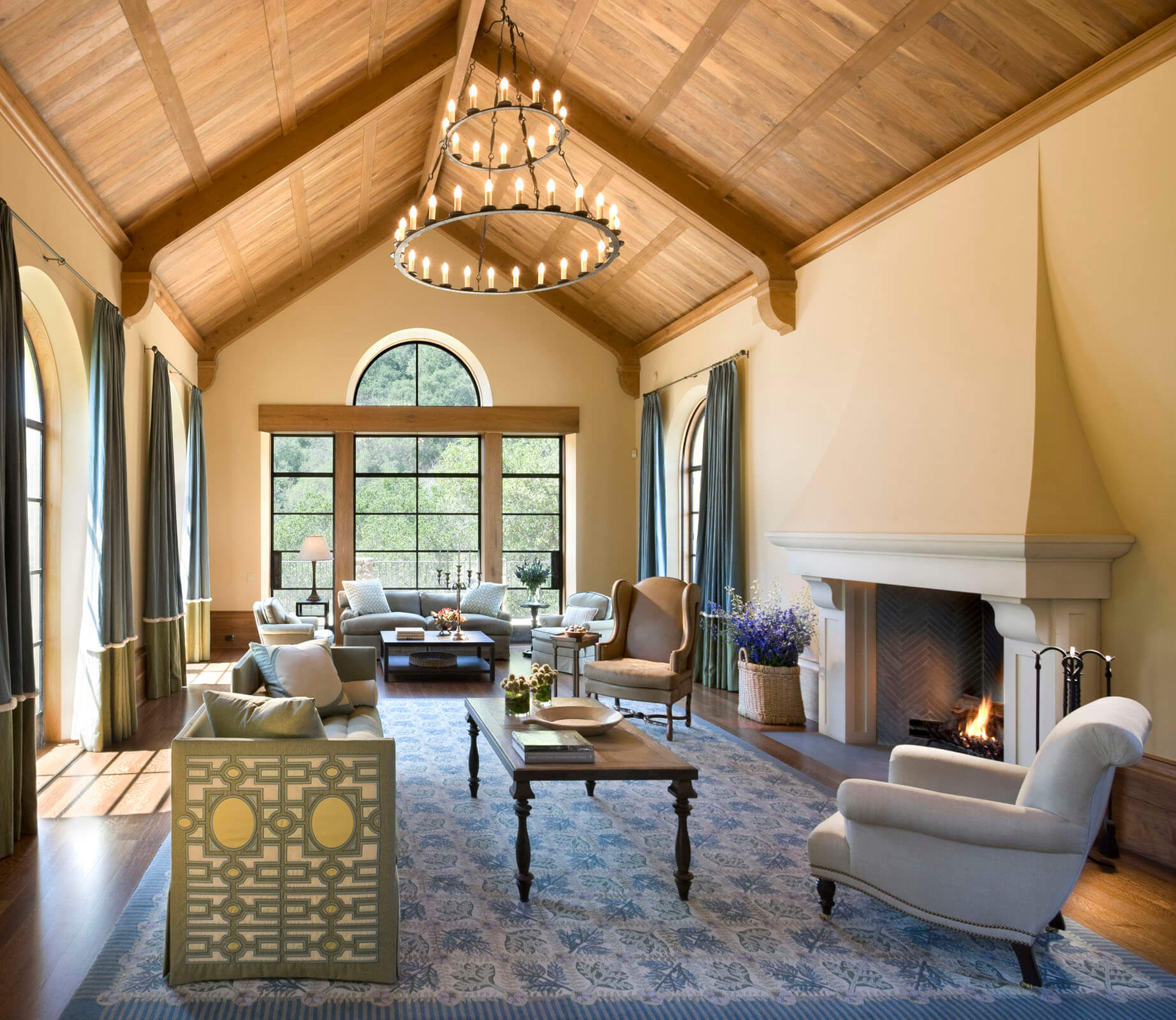 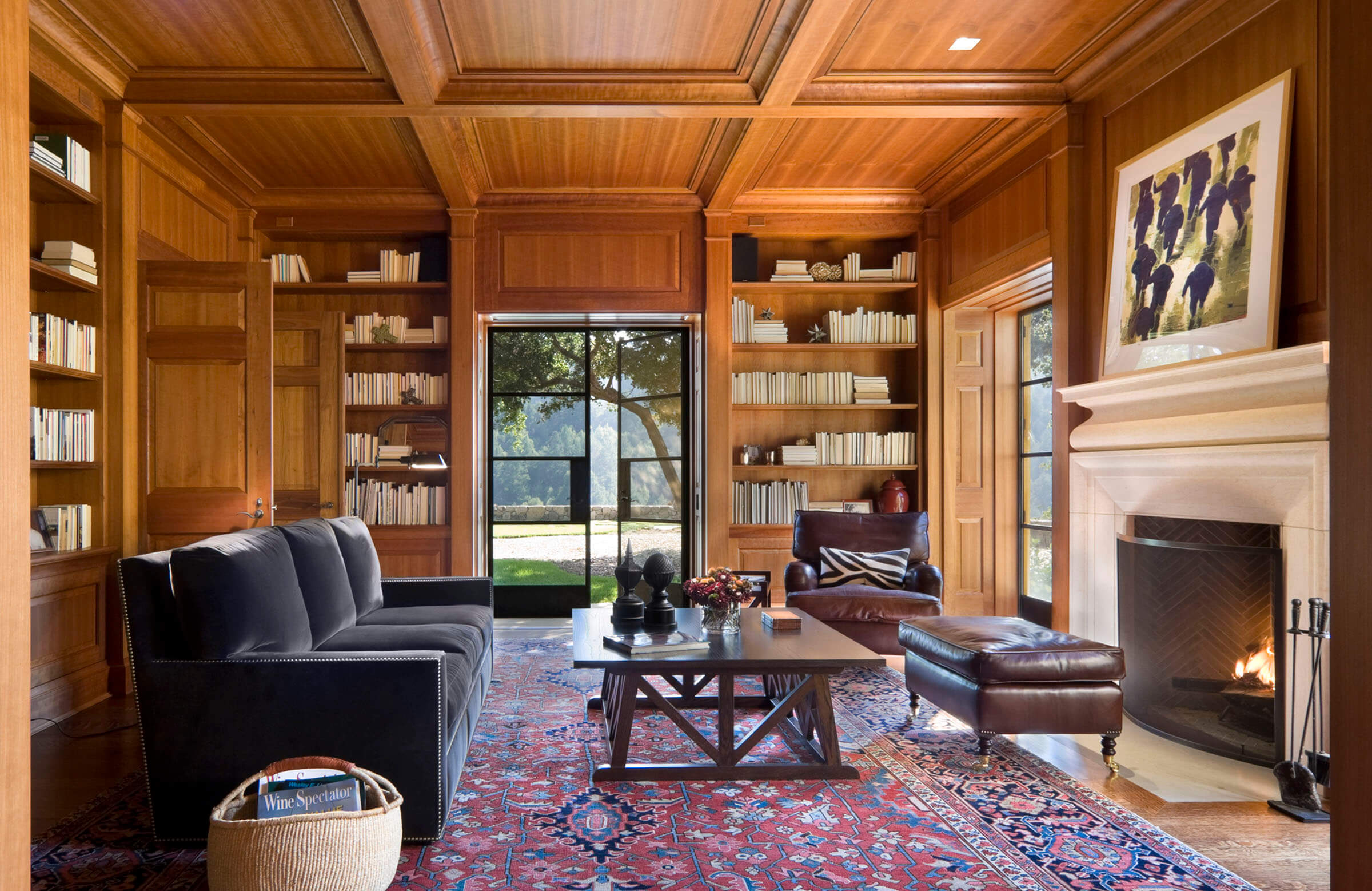 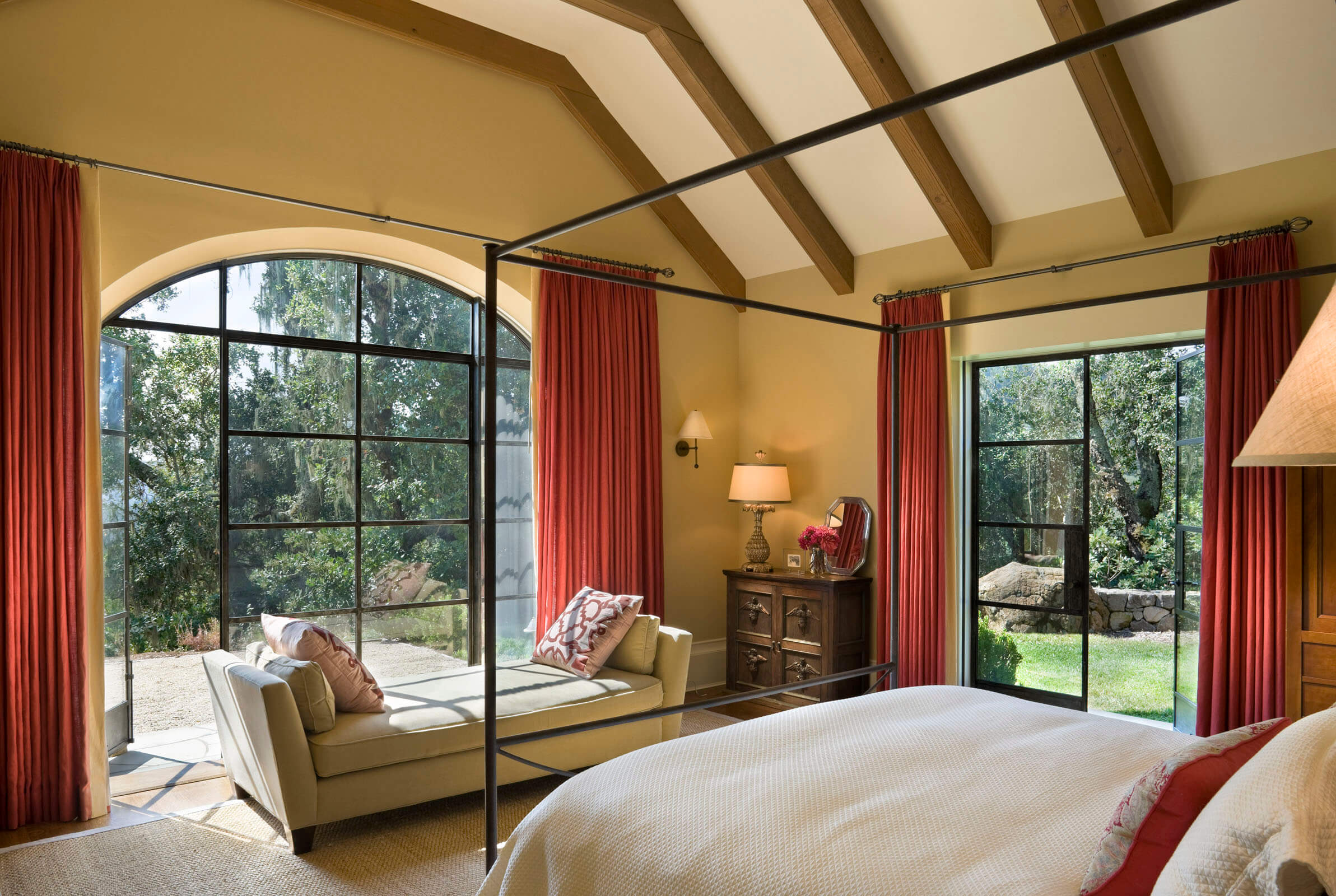 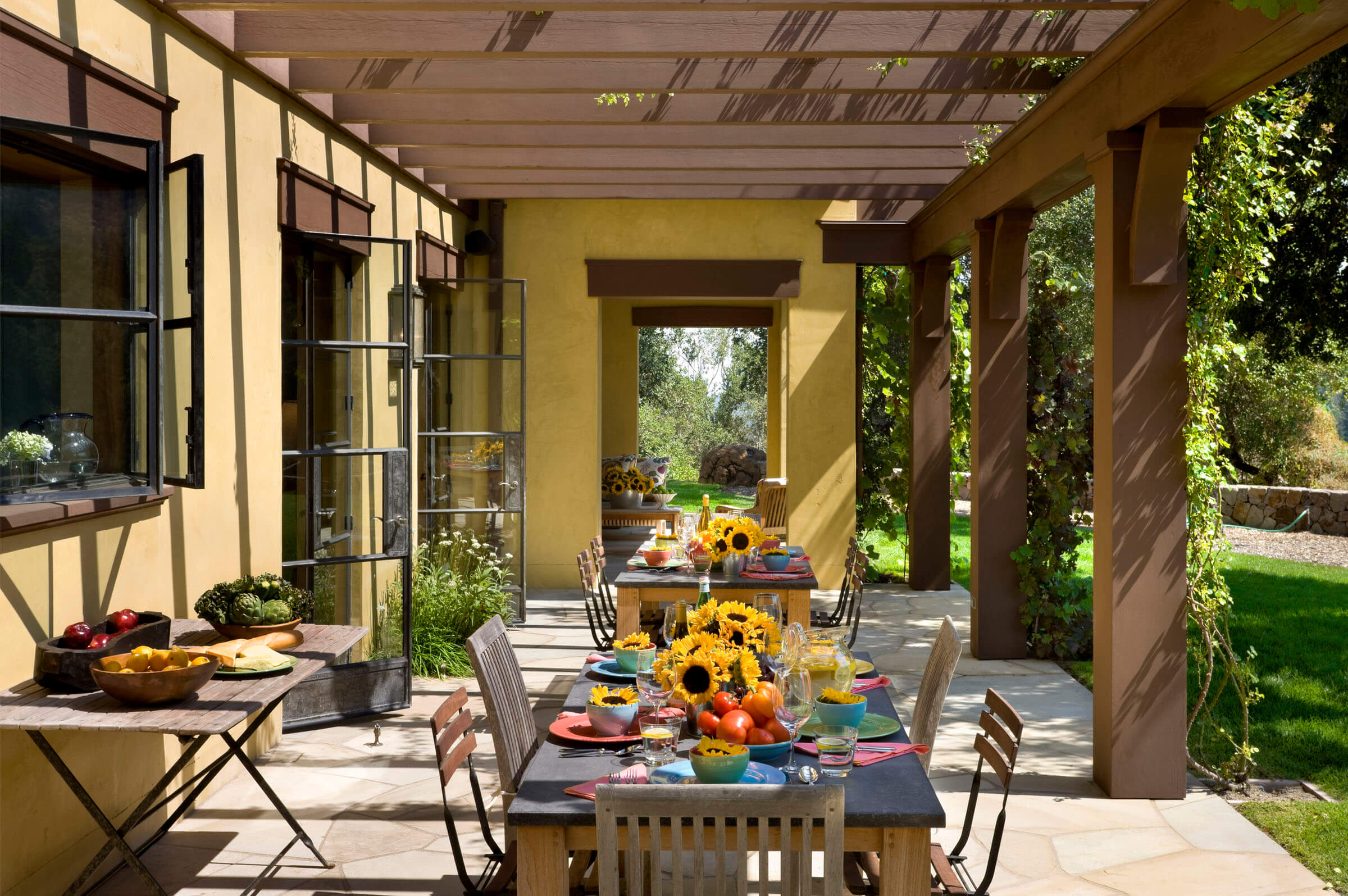 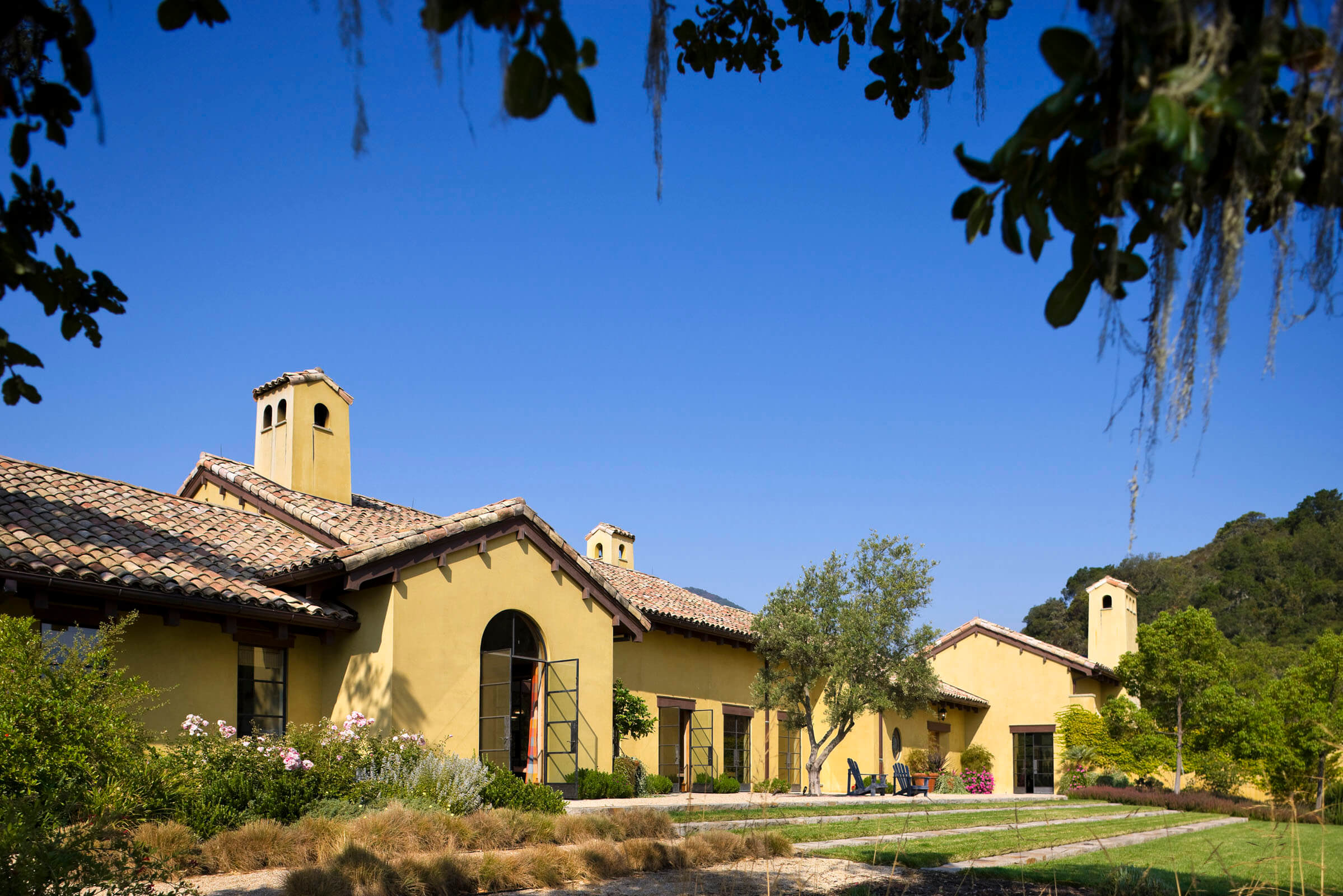 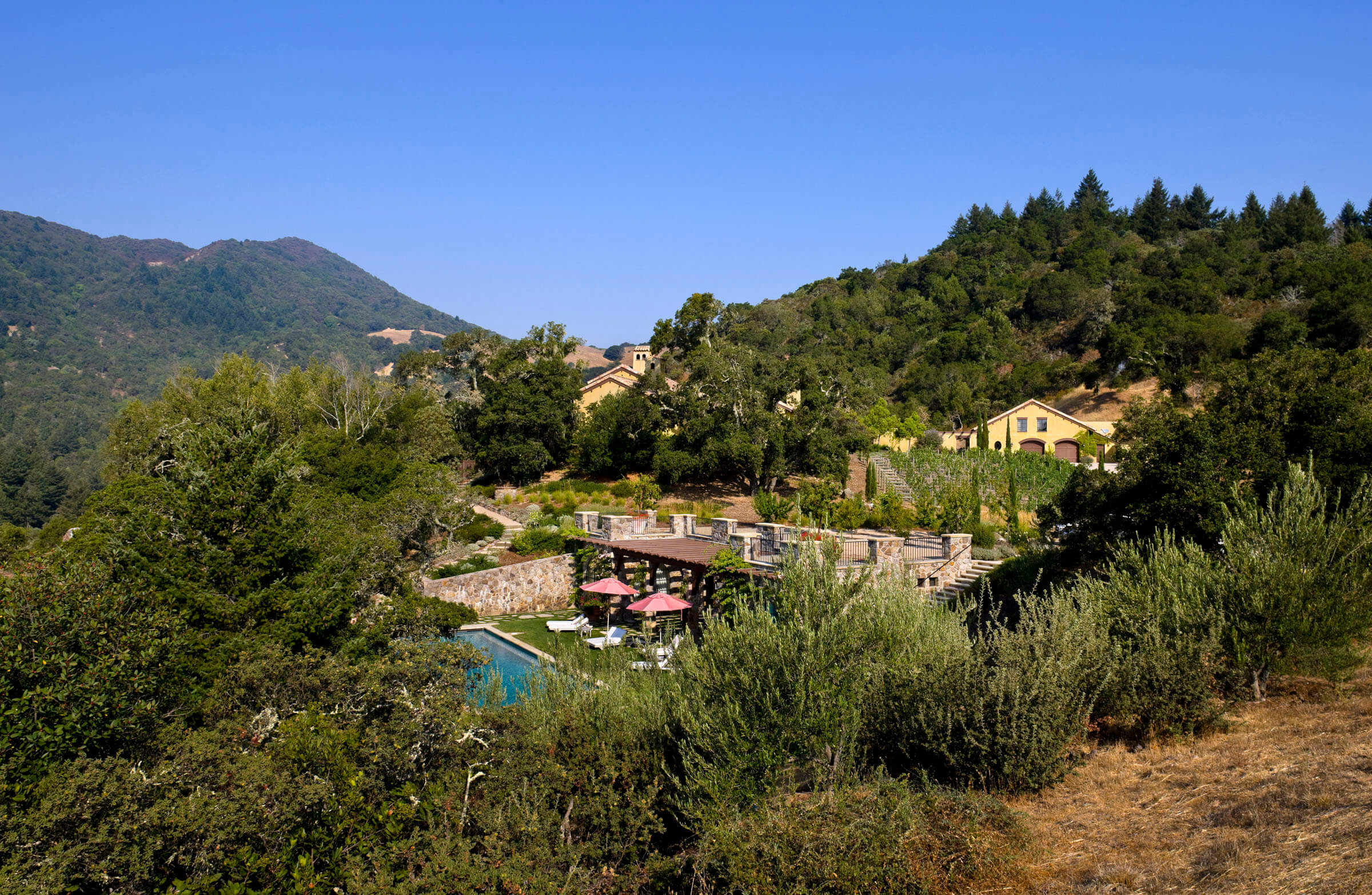