The Aspen Highlands ski area is Colorado’s greatest diamond in the rough. In spite of some of the best expert ski terrain in North America and the greatest vertical drop of any ski area in the state of Colorado, the Highlands had fallen behind the times. Inadequate lifts, long lines, and a virtually undeveloped base area led to the gradual decrease in the mountain’s popularity. Under the new ownership of Houston developer and long-time Aspen homeowner Gerald Hines, the Highlands are poised for rebirth. In partnership with the Aspen Ski Company, Hines opened new ski trails and lifts, improved existing ski terrain, and developed an American alpine village at the base of the mountain, operated by Ritz-Carlton. Our plan for the base area village contains a sun-drenched pedestrian street. Flanking the village, two residential neighborhoods contain single-family houses and townhouses most with direct ski access.

In its architecture, the Ritz-Carlton Club draws on the American rustic architectural tradition exemplified by such noted and uniquely American structures as the Ahawahnee Inn in Yosemite Valley, Old Faithful Lodge in Yellowstone Park, Timberline Lodge on Mount Hood, and Paradise Lodge on Mount Rainier. Native stone, logs, and rough clapboards form solid walls and broad eaves which shed Aspen’s powdery snow and protect residents from the strong Colorado sunlight 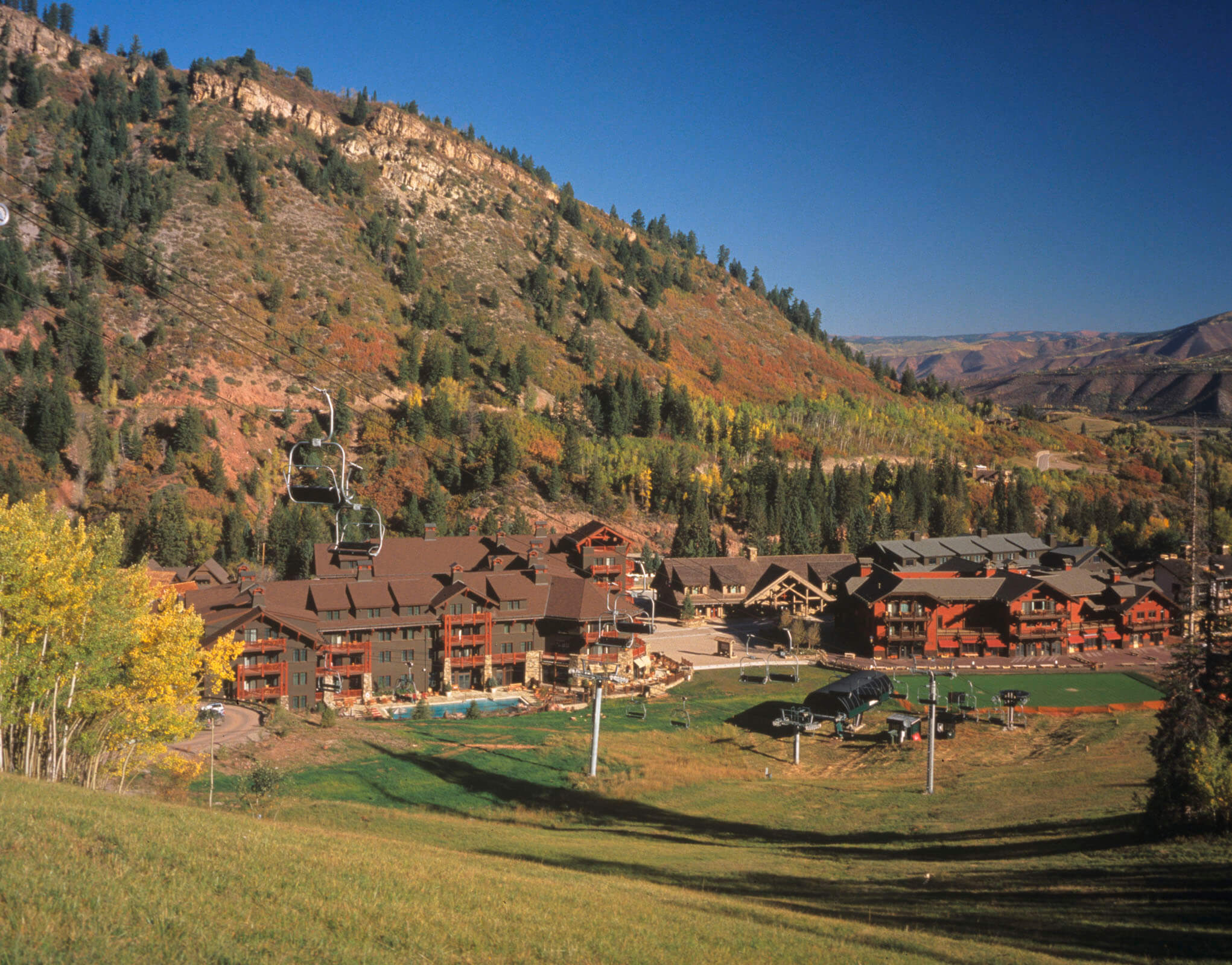 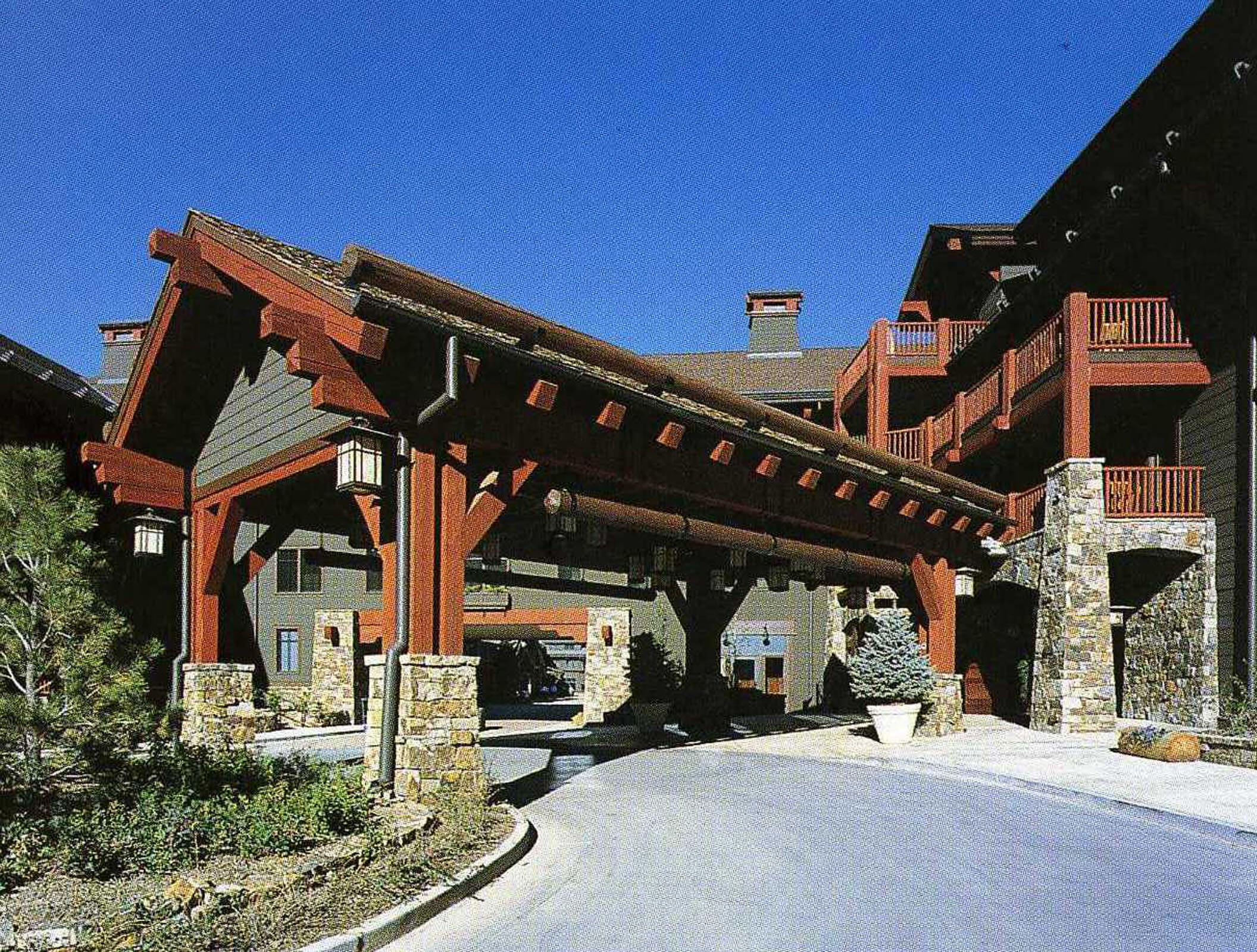 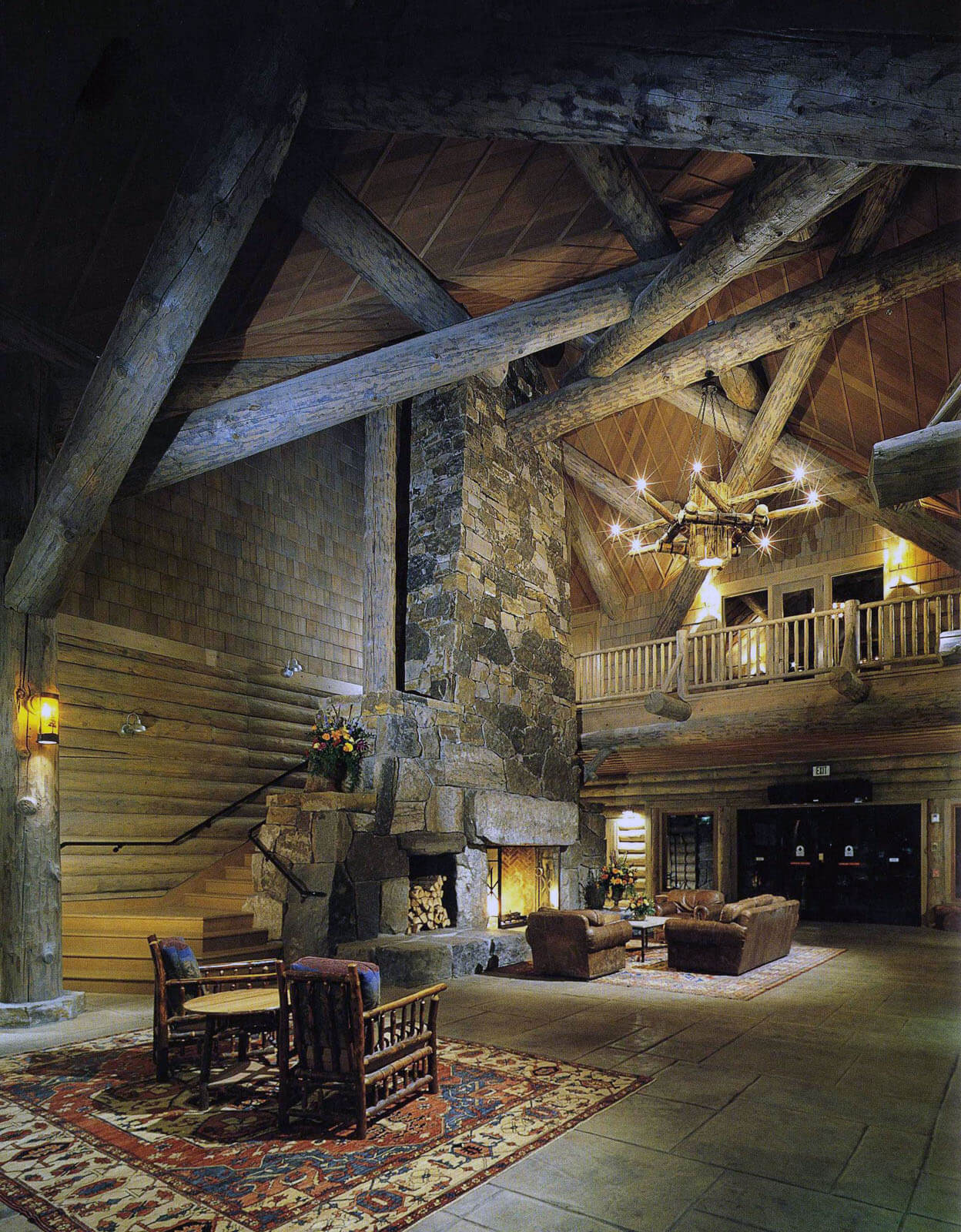 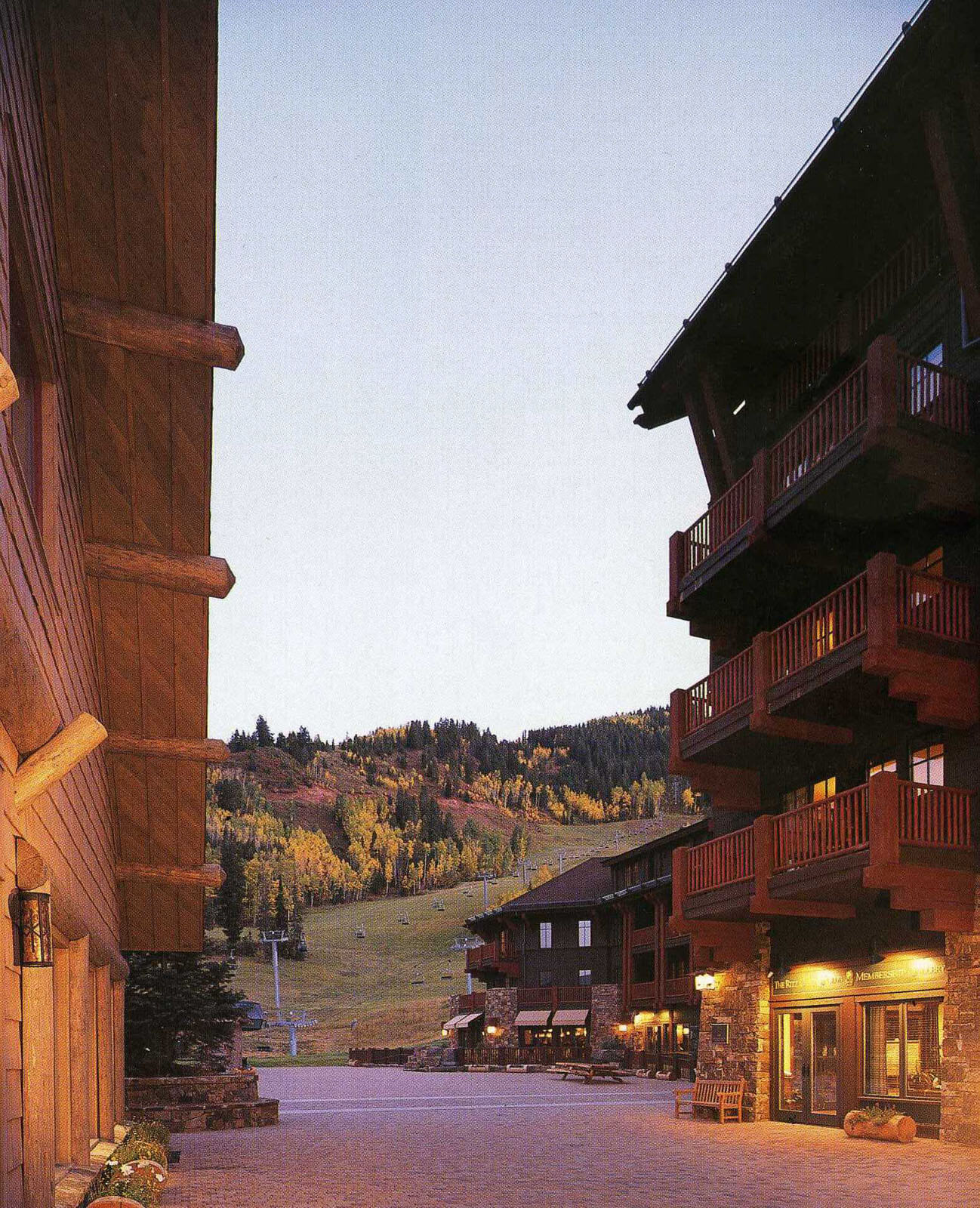 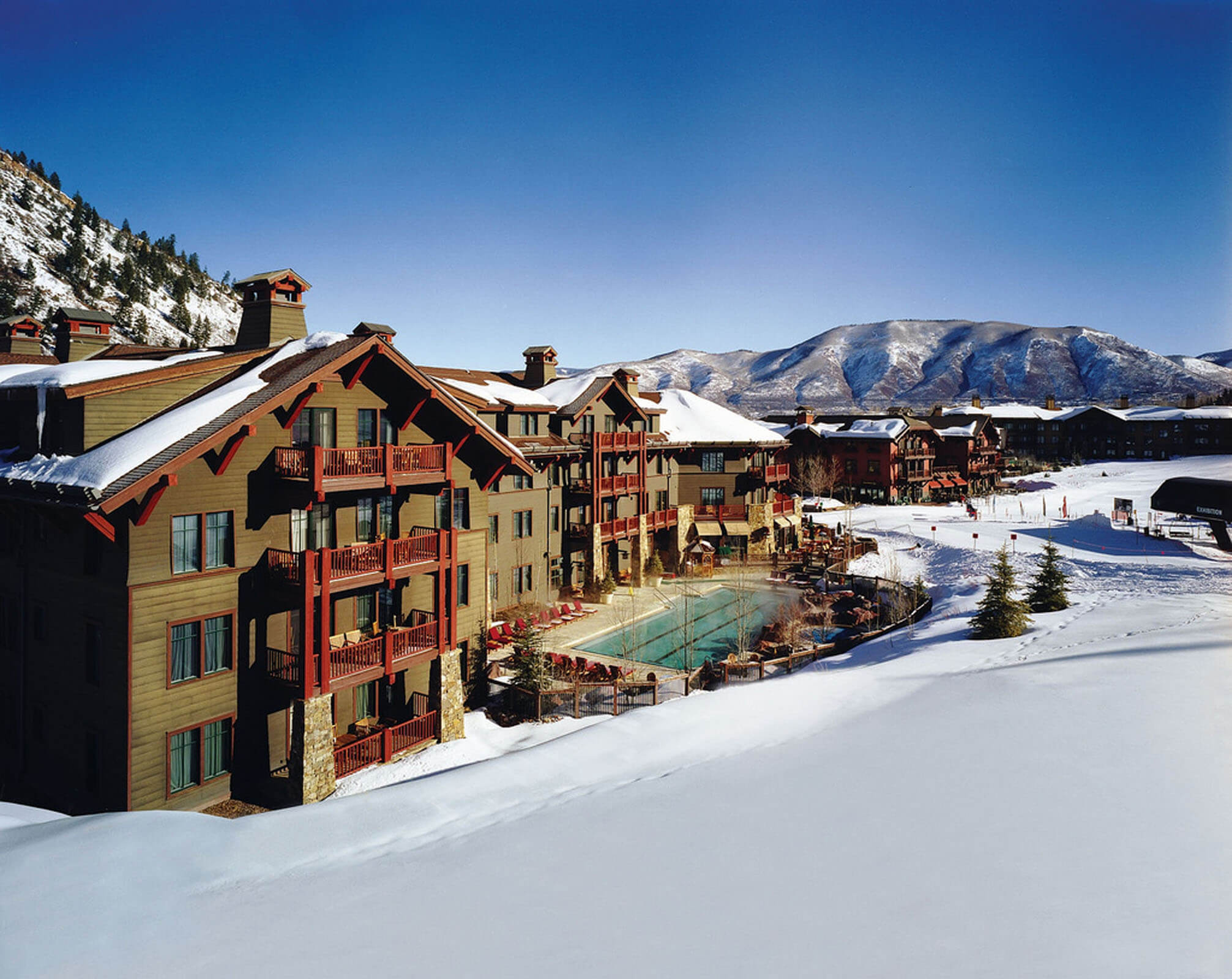