During 1990 Pomona College acted on a long perceived need and developed an architectural program for a new and larger campus center, serving the combined needs of the College's students, faculty and staff and replacing a woefully inadequate center constructed during the early 1970's. Our design for the Smith Campus Center builds upon that program and looks back to College's original master plan, drafted in 1913 by the noted Southern California architect Myron Hunt, while it looks forward to the Campus Center's long-range role as an important gathering place for an ever changing repertoire of activities.

Our plan places three wings around an open-air, colonnaded courtyard. The western wing, mirroring Hunt's Little Bridges Hall across the Marston Quadrangle, contains a double height entrance rotunda leading to a basement level auditorium, a pub, and a suite of recreation and party rooms. Also in the Center's western wing a ground level student store opens to the Center's Courtyard, a second level Teaching Center facilitates faculty interaction, student tutoring and pedagogical instruction and study and a Special Activities Meeting room offers open views to the campus in several directions. The Center's north wing house The Fountain, an informal restaurant whose French doors open to the south facing courtyard and to a north facing, pergola-shaded terrace. On the second floor a suite of meeting rooms line an open air colonnade. The Center's eastern wing houses an informal art gallery, Intercultural Center, and Career Placement Center on its ground floor and student organizations and administrative offices on its second floor. These various spaces surround a double height "Forum" which accommodates a variety of activities and serves as a pre-function room to a renovated 8,000 square foot Edmunds Ballroom – a 1947 structure which had been partially engulfed by the existing Campus Center.

Though the placement of the building mirrors Hunt's plan, the building's detailing and choice of materials – exposed cast-in-place board-formed reinforced concrete walls with simple, cast stone detailing and industrial, and steel frame windows rising to a barrel-vaulted ceiling and tile roof punctuated by a heavy timber pergola and a deeply shaded loggia – look beyond Hunt's buildings to a second generation of fine buildings built on campus during the 1920s and 1930s, and especially to the architecture of Sumner Spaulding's Frary Hall, which was our direct frame of reference. 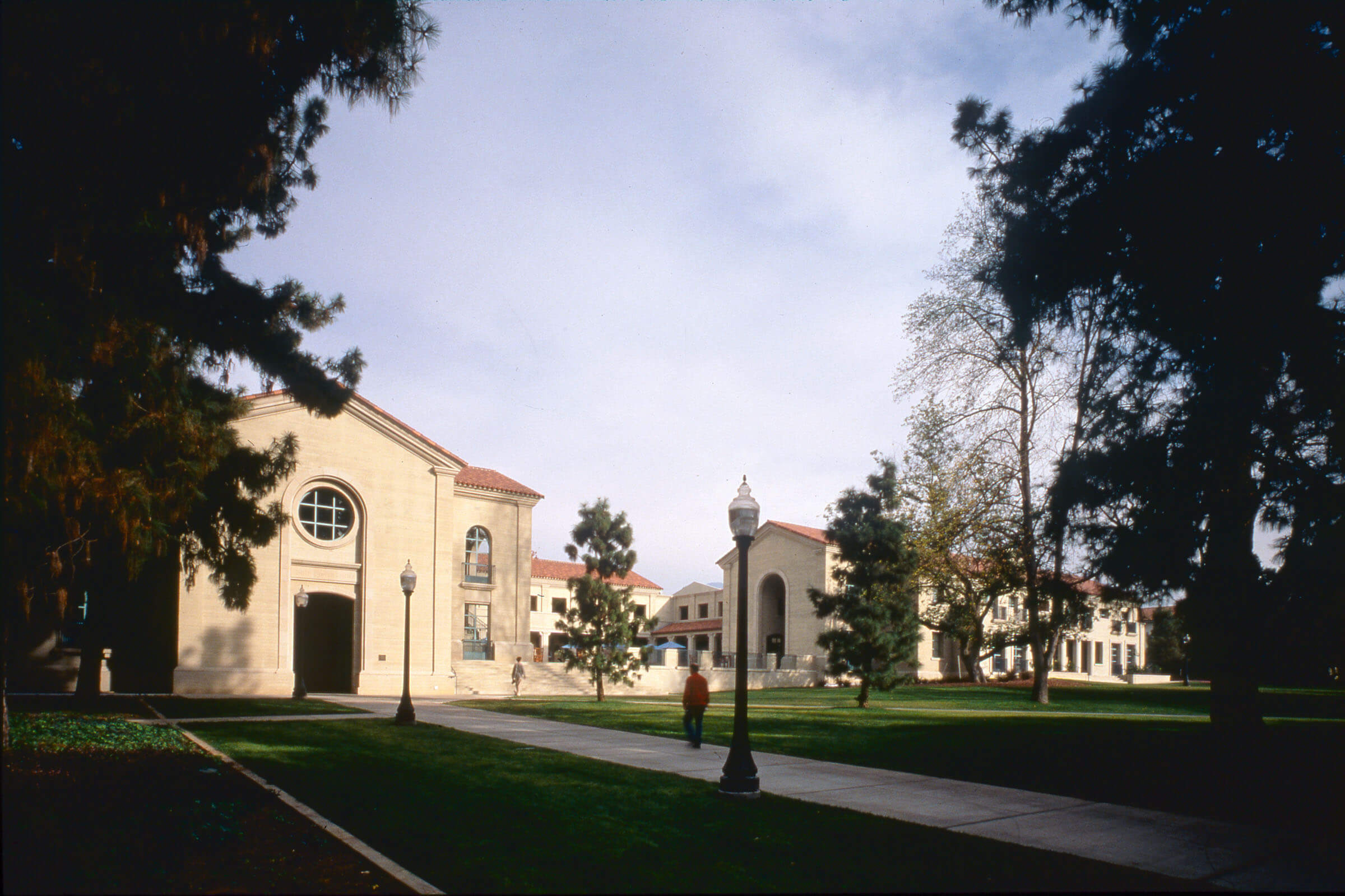 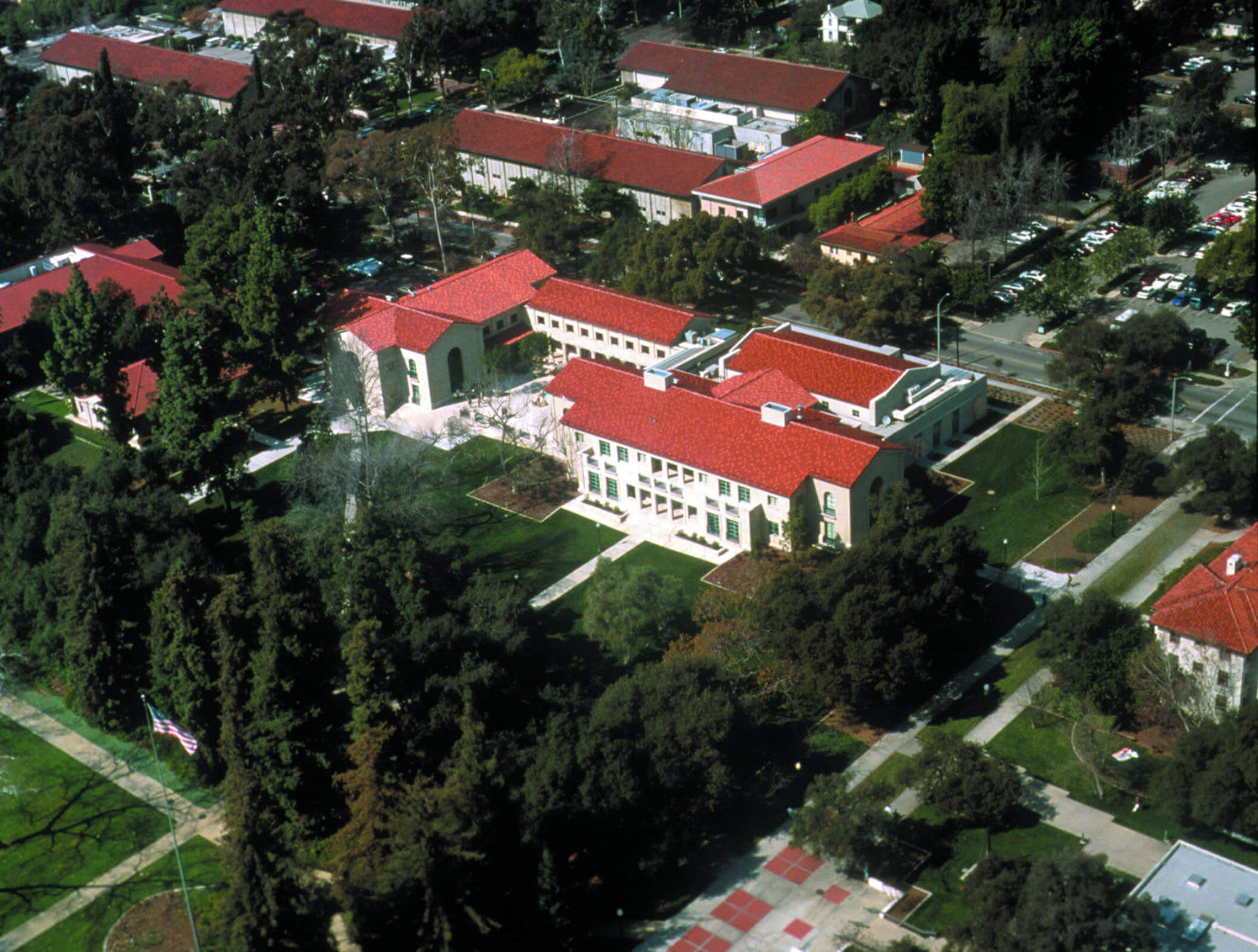 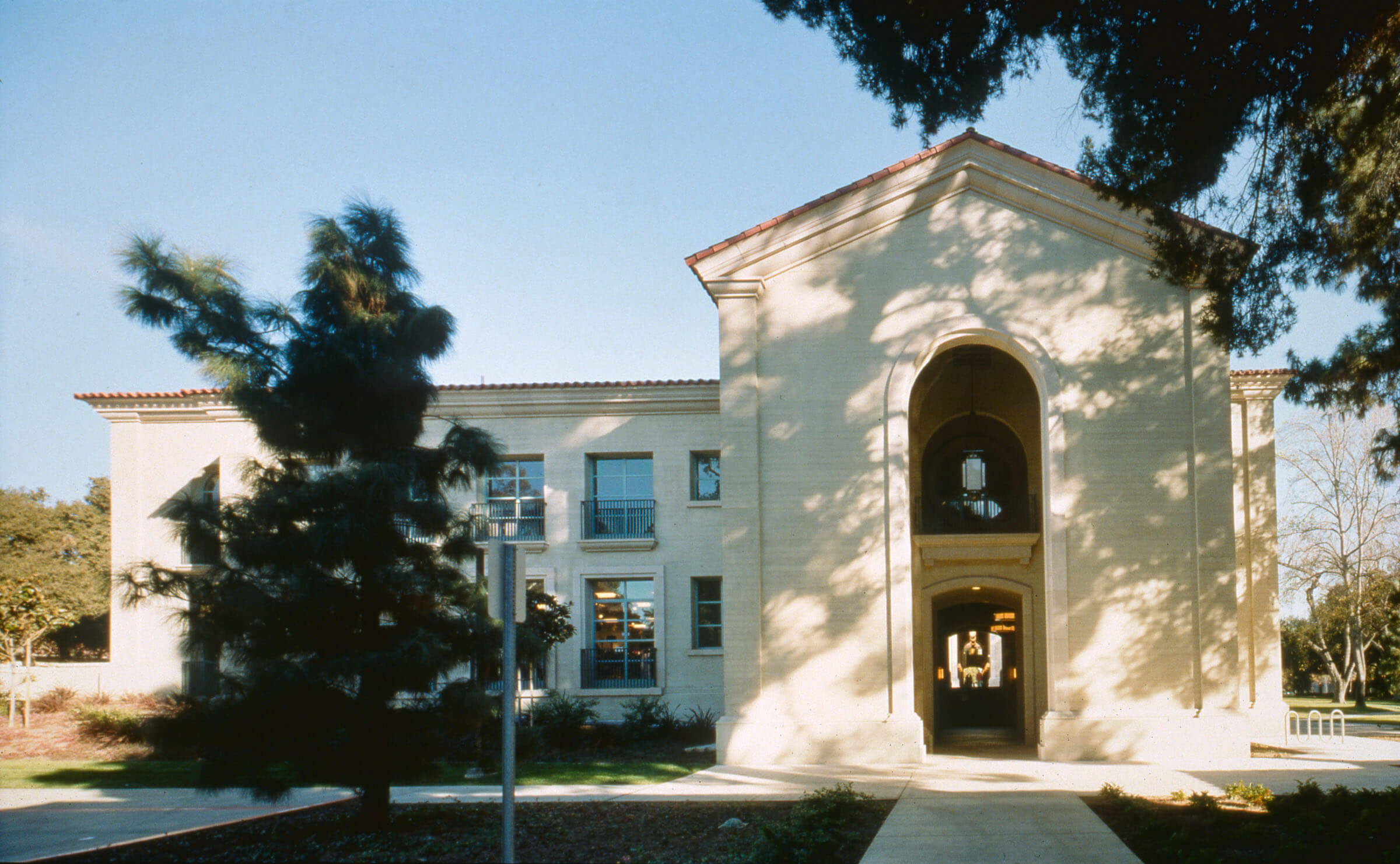 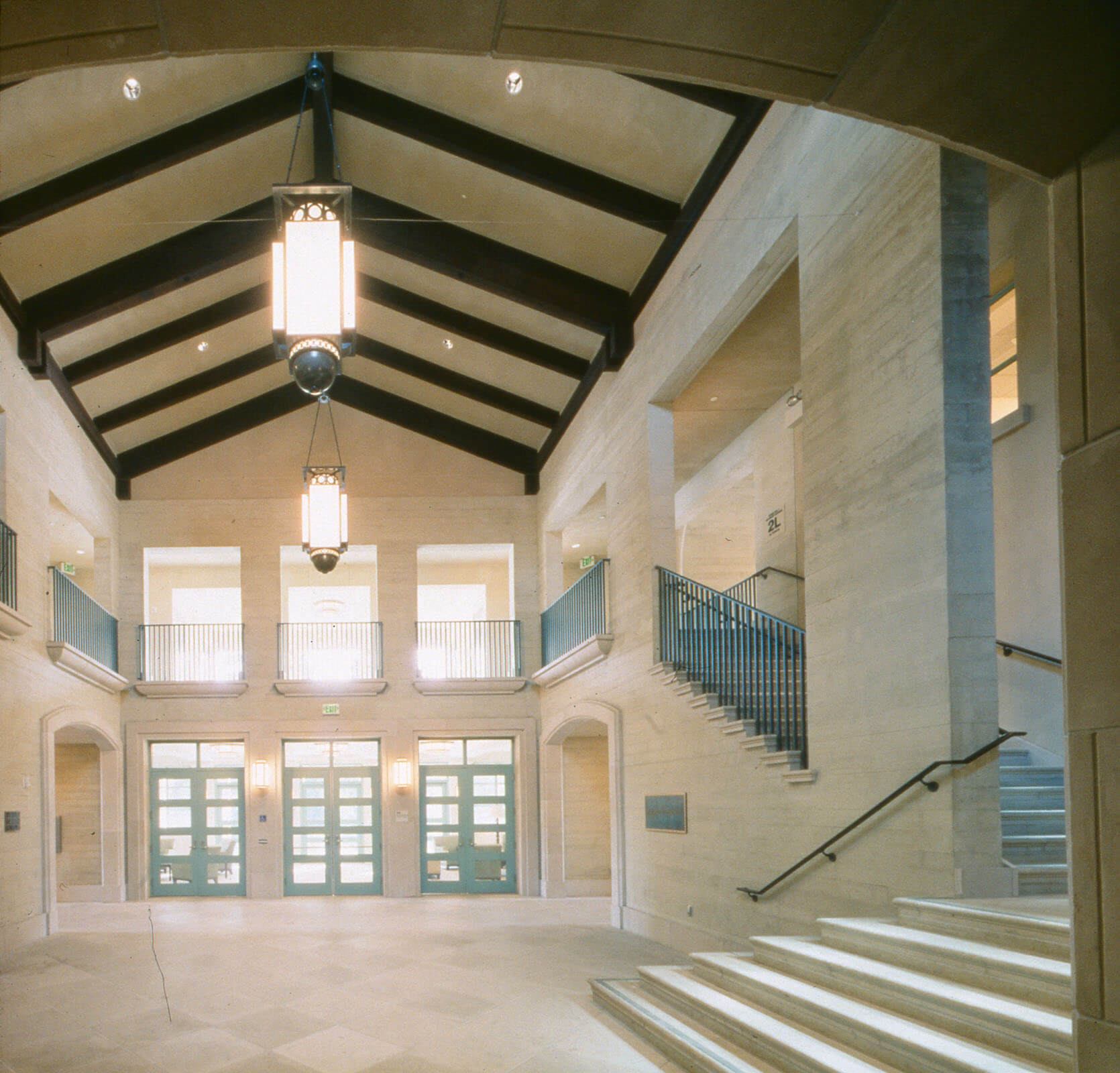 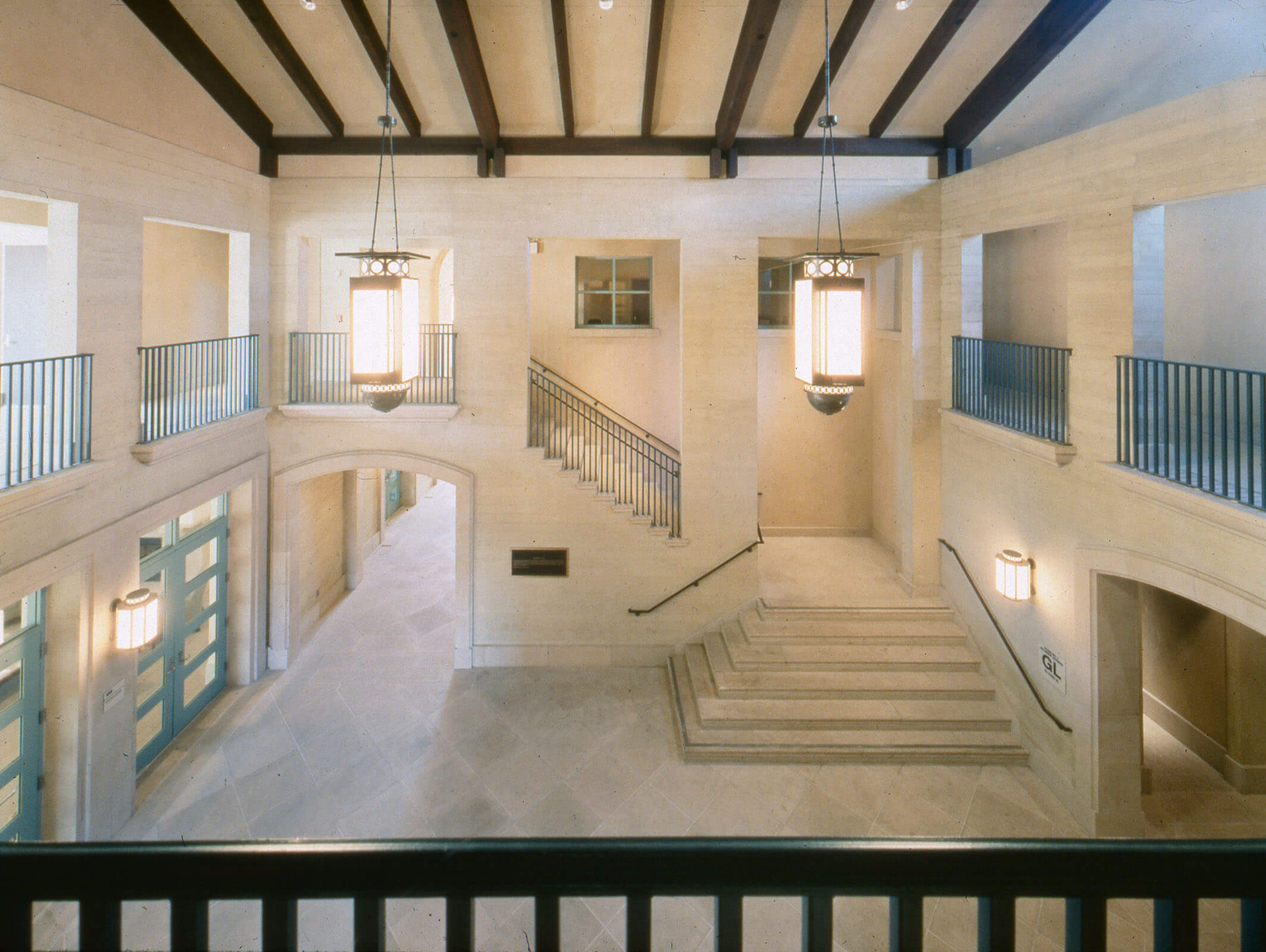 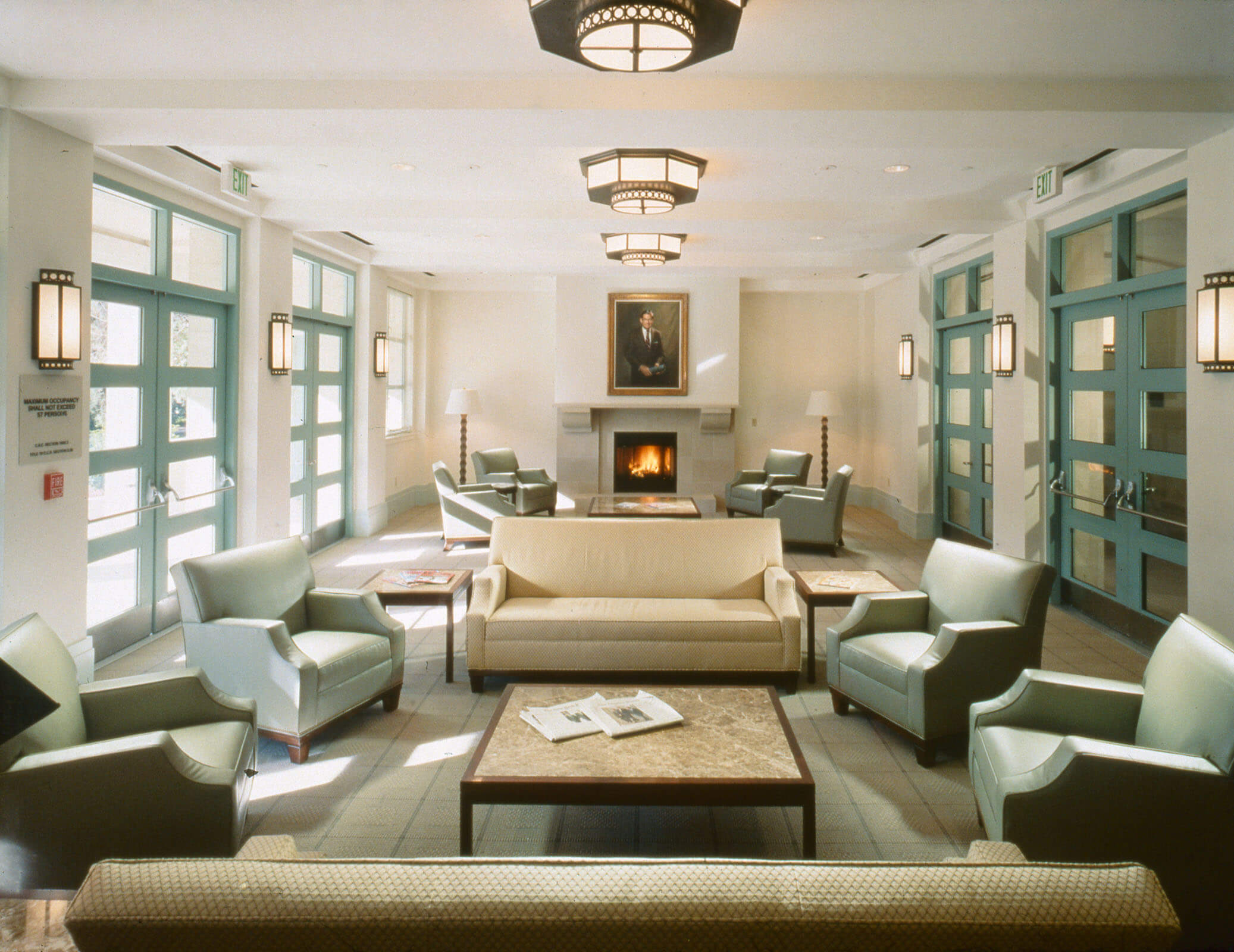 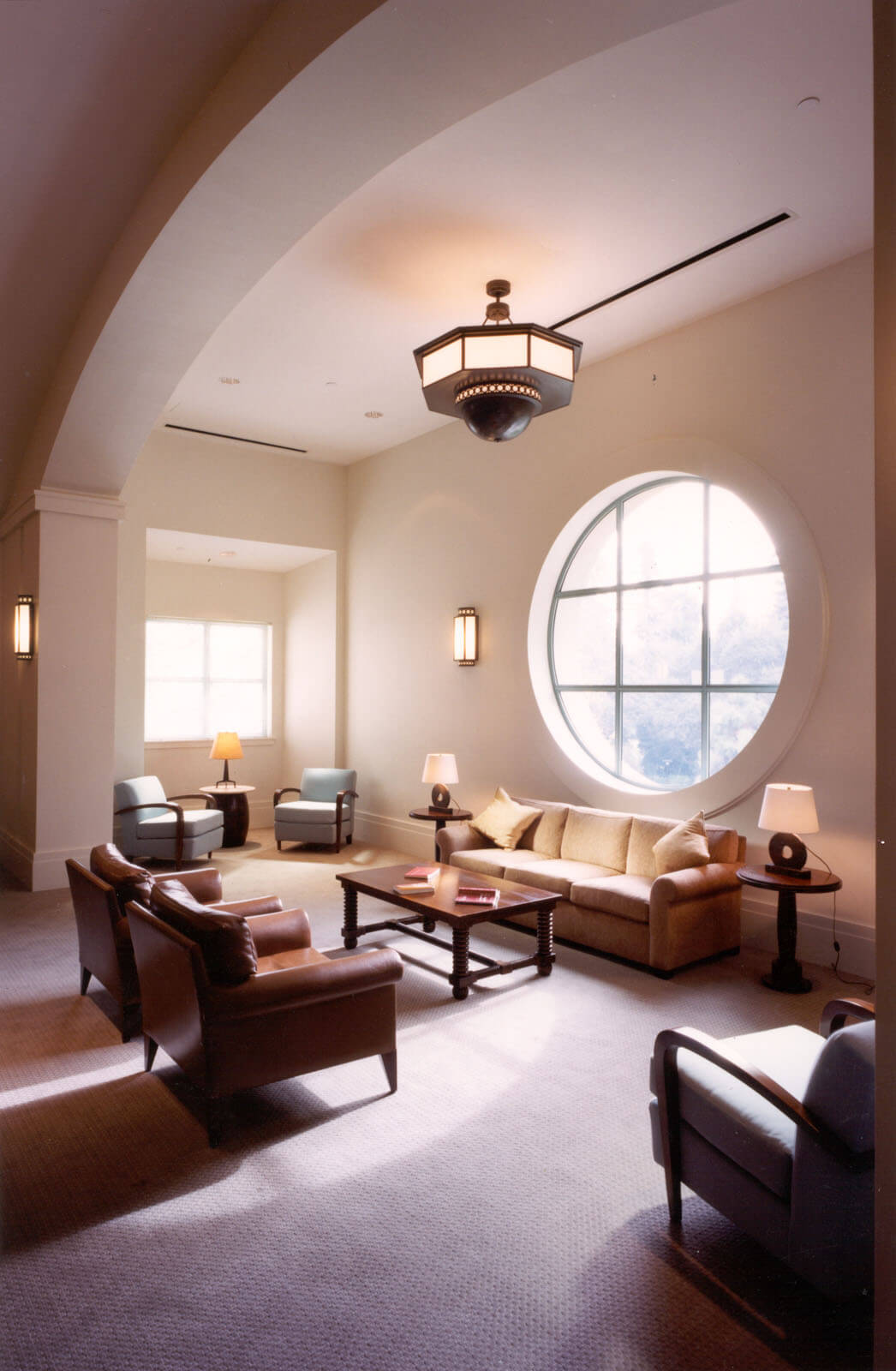 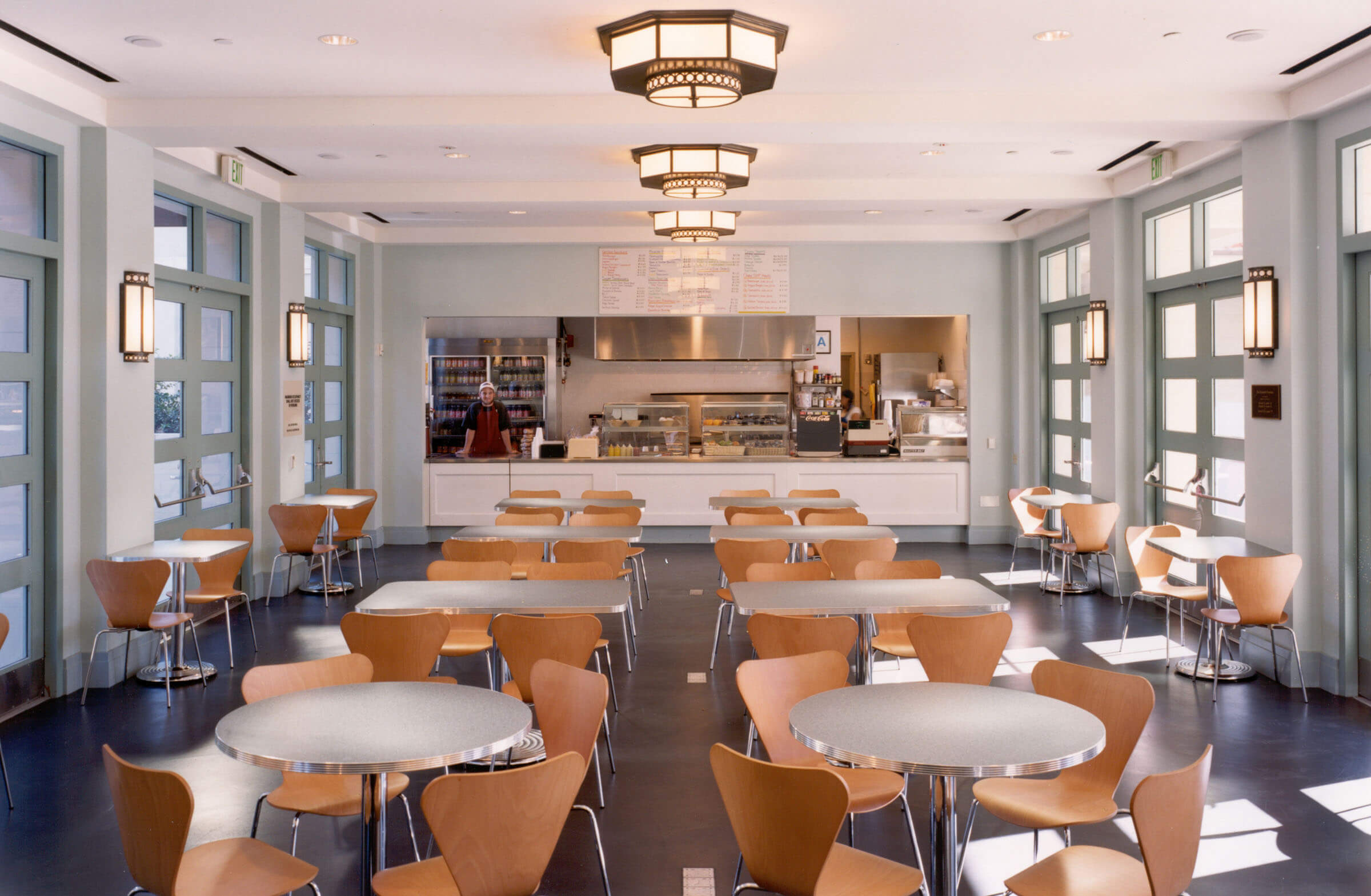 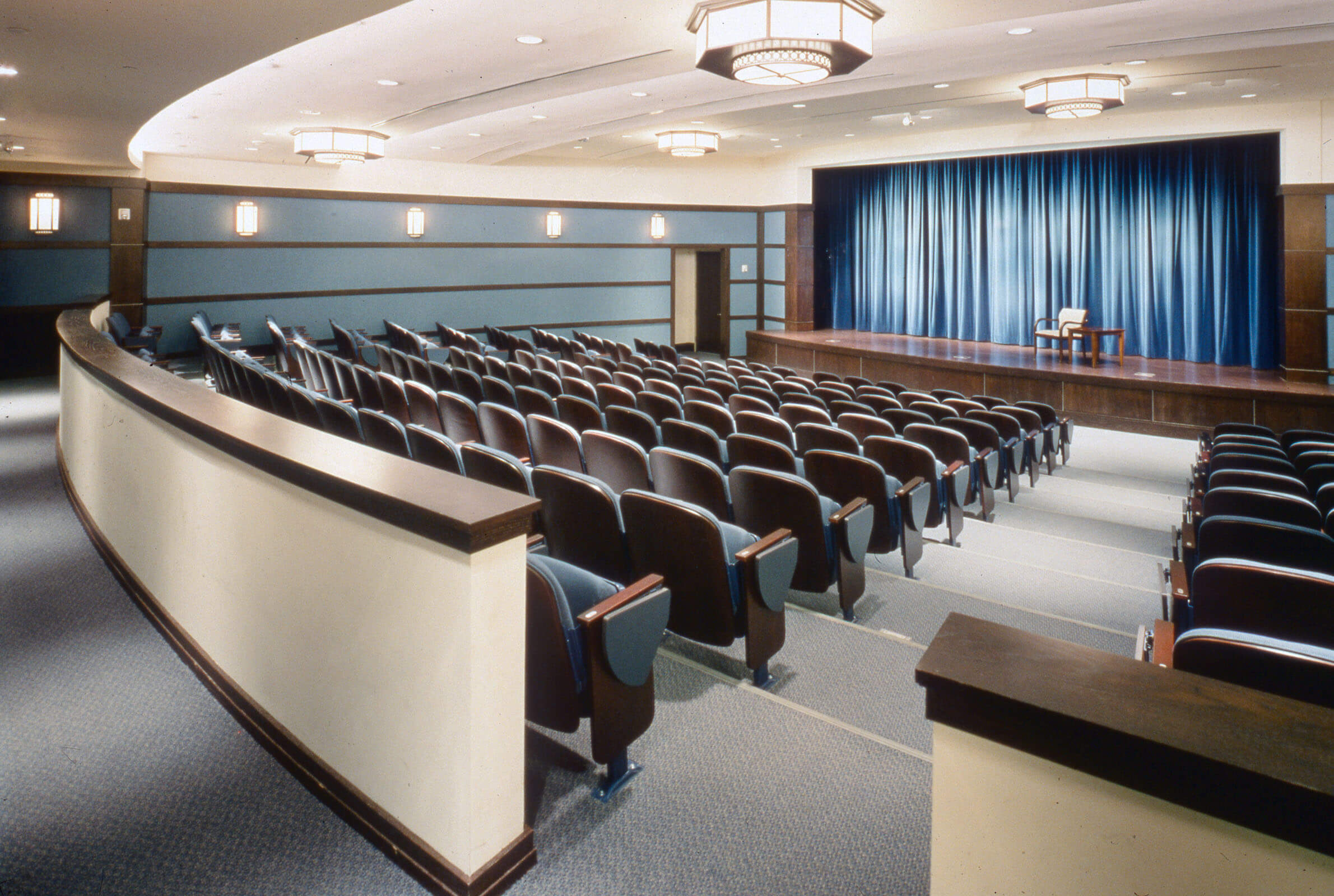 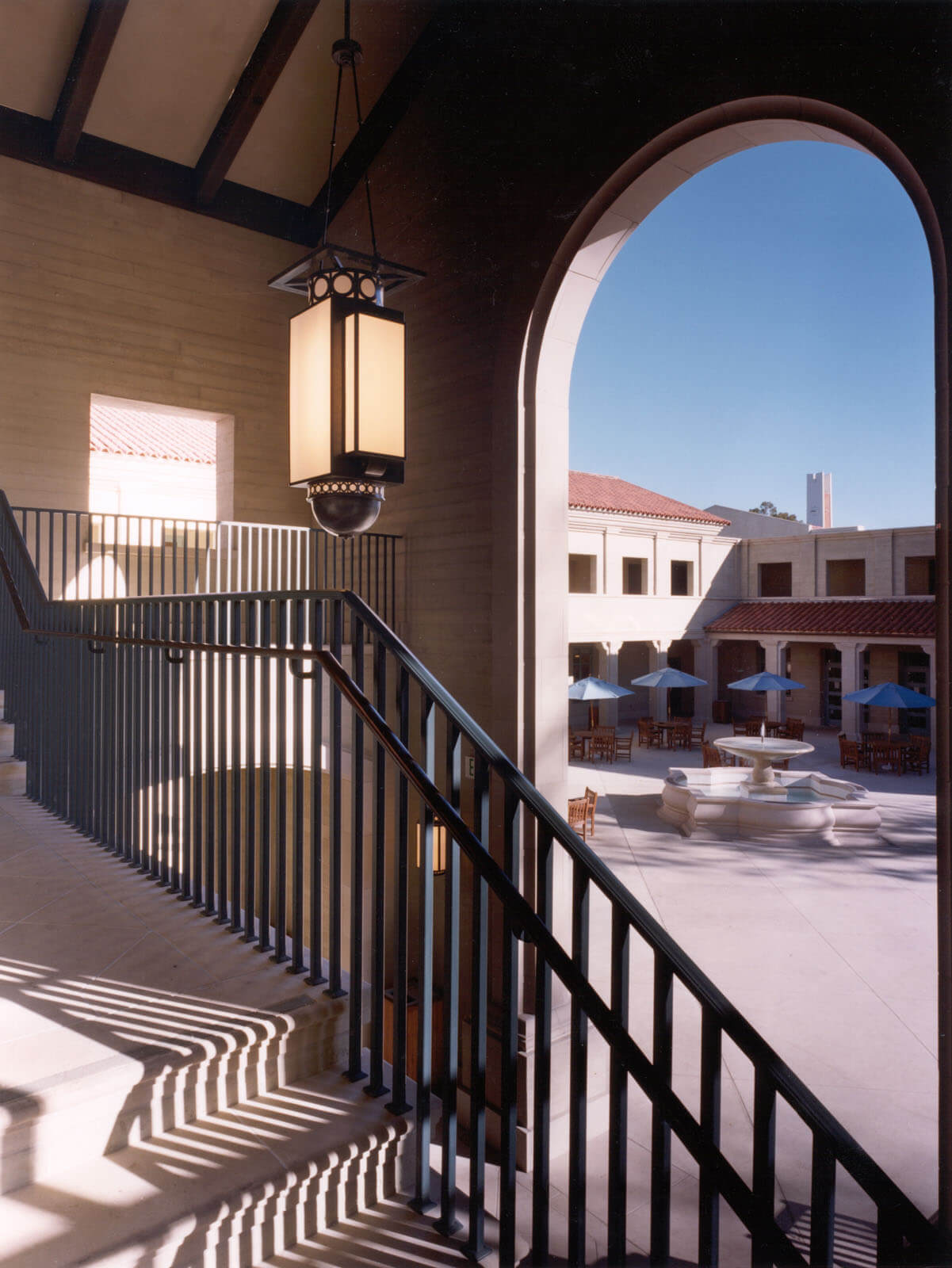