On its south side the building fronts on Walnut Street, the northern edge of Rittenhouse Square. Three historic buildings that together occupy the site's entire Walnut Street frontage have been preserved as part of this project. Two of these, the Presbyterian Ministers Fund for Life Insurance Building, known as the Alison Building, at 1805 Walnut Street (Davis, Dunlap, and Barney Architects, 1928) and the Fell-Van Renssalaer House at 1801 Walnut Street (Peabody and Stearns Architects, 1896-98) were preserved. The third building occupying the site's Walnut Street frontage is the historic Rittenhouse Club of Philadelphia at 1811 Walnut Street (originally by Newman, Woodman, and Harris Architects, 1840, but subject to multiple later renovations). The façade of this building was preserved while the original building's volume was replaced by a new five-story building housing ground-floor retail with four full-floor residential condominiums above. The tower is set back behind these three buildings by approximately 110 feet and rises with a series of setbacks which provide roof terraces to a height of 396 feet. Entrances to the residential tower are located on Walnut Street, through the preserved Rittenhouse Club facade, and on 18th Street through an east-facing garden courtyard. Other than these two residential entrances, and enclosed loading docks and a parking entrance located on Sansom Street, the site's entire frontage on Walnut, 18th, and Sansom Streets opens to retail storefronts. 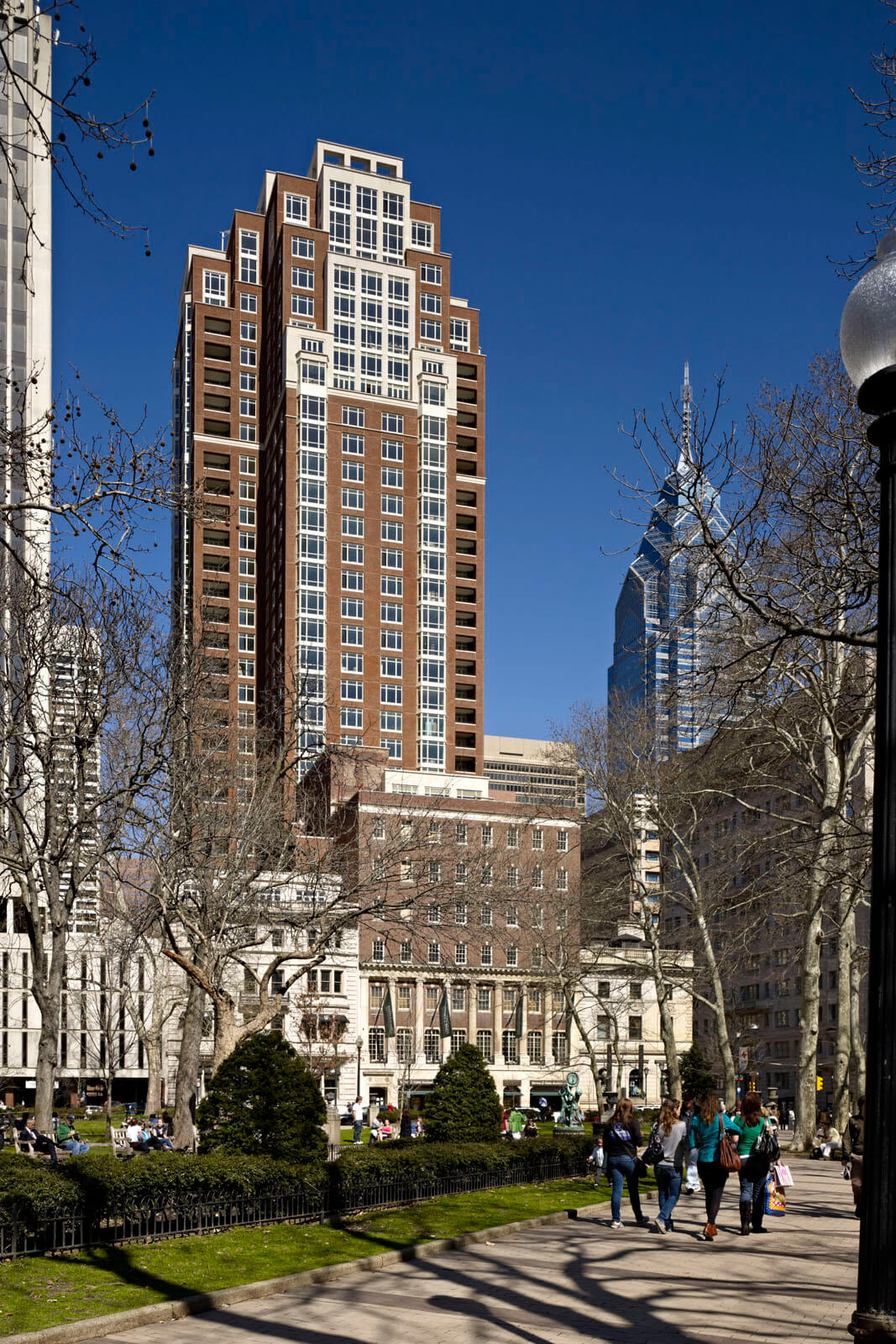 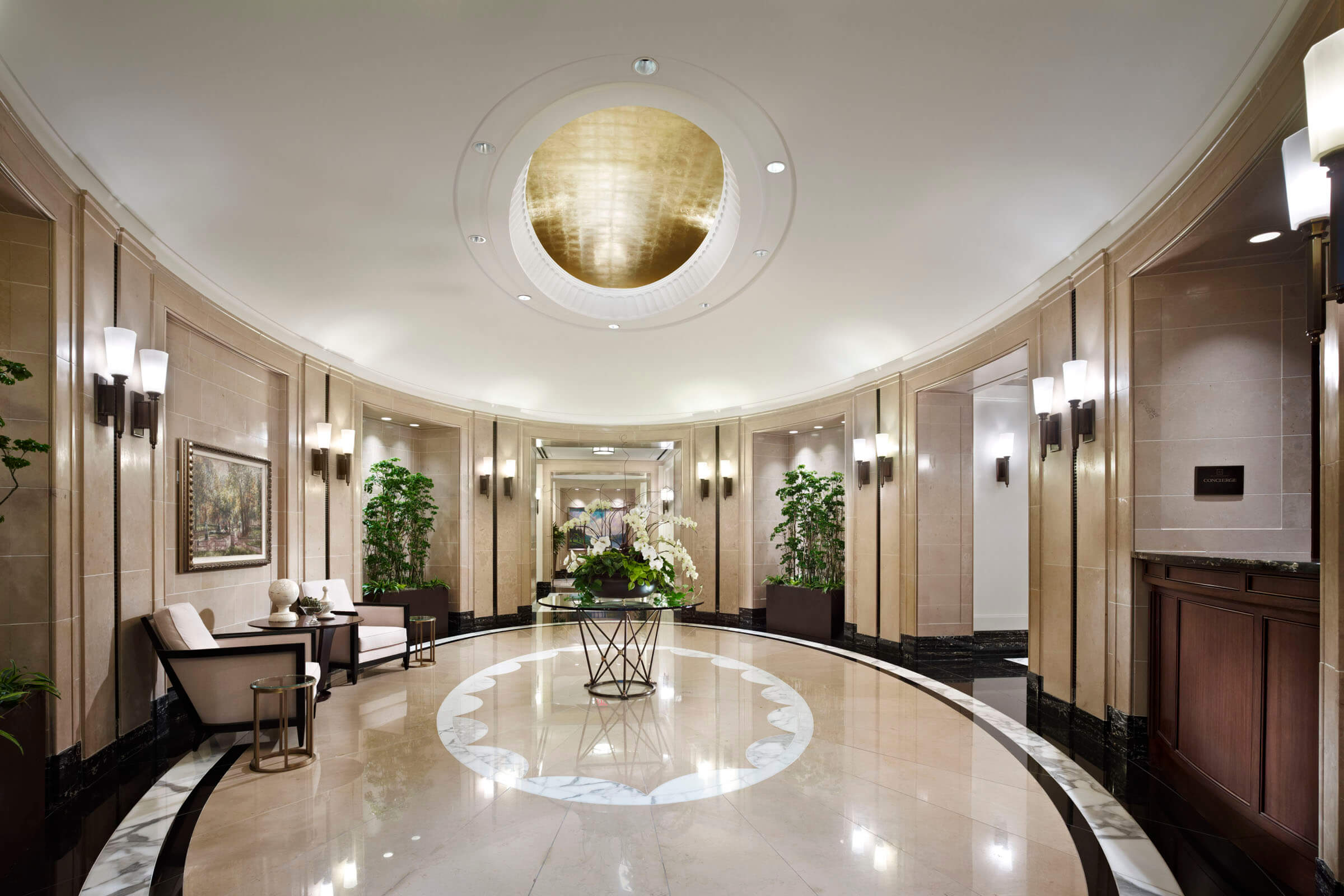 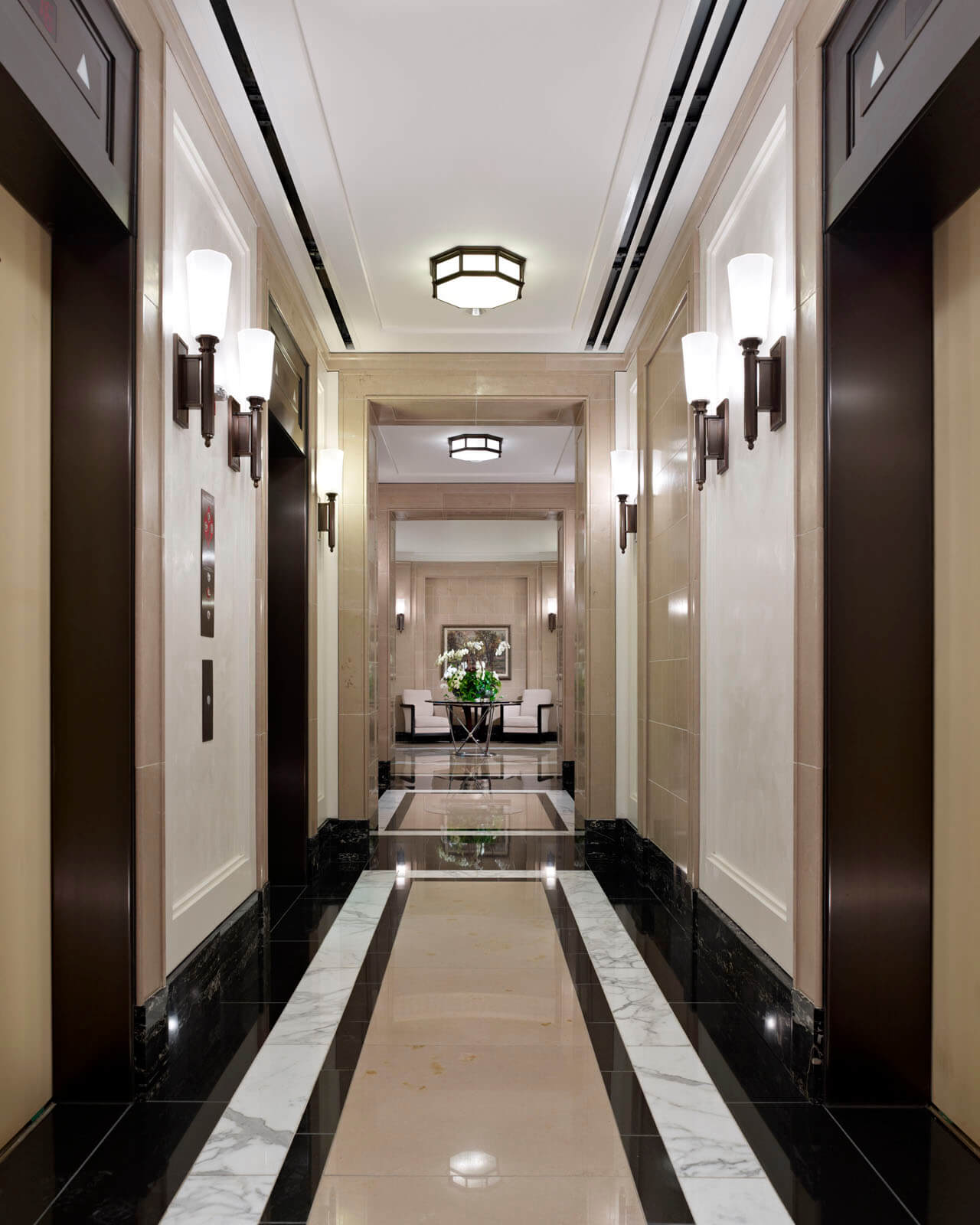 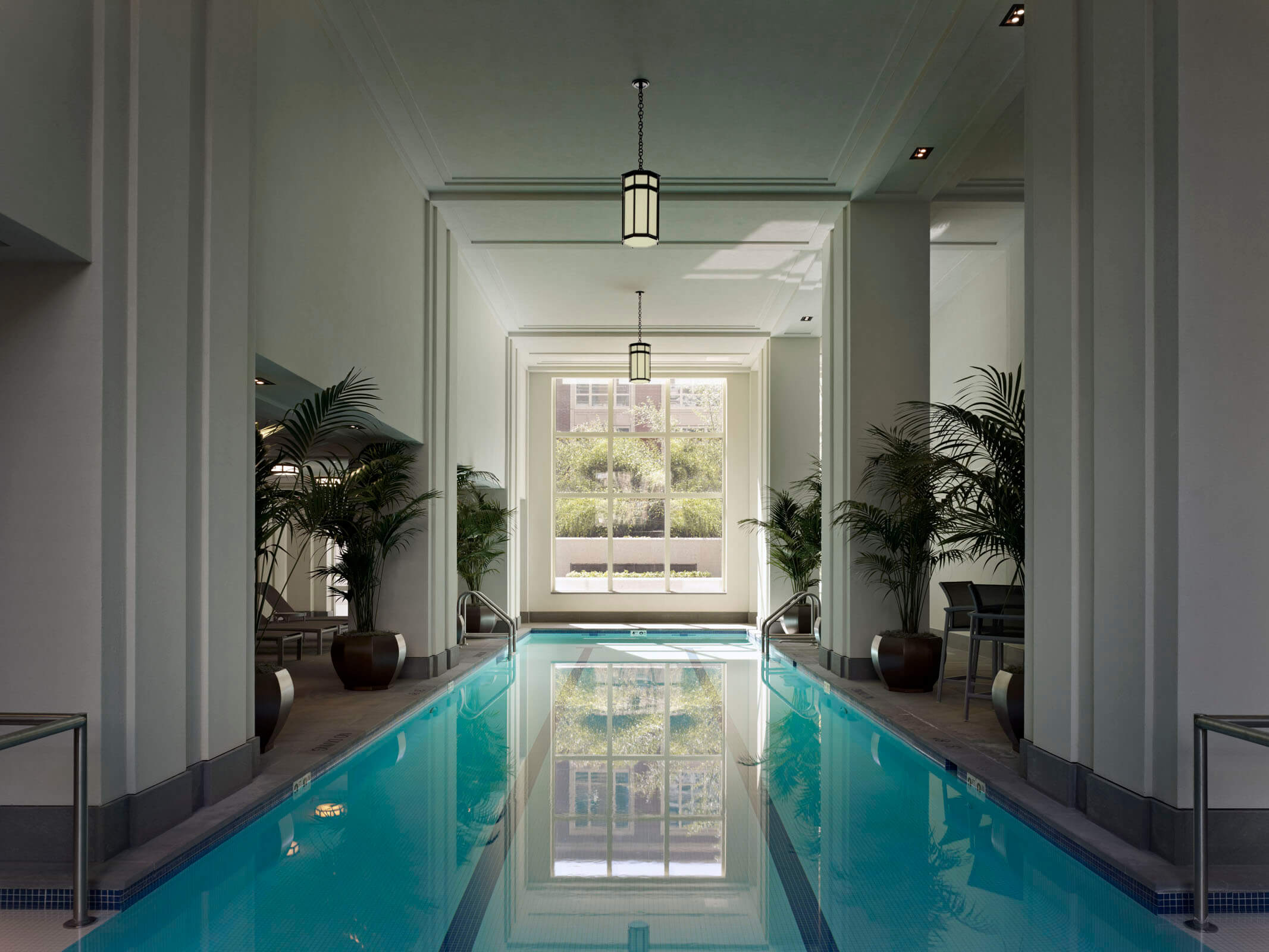 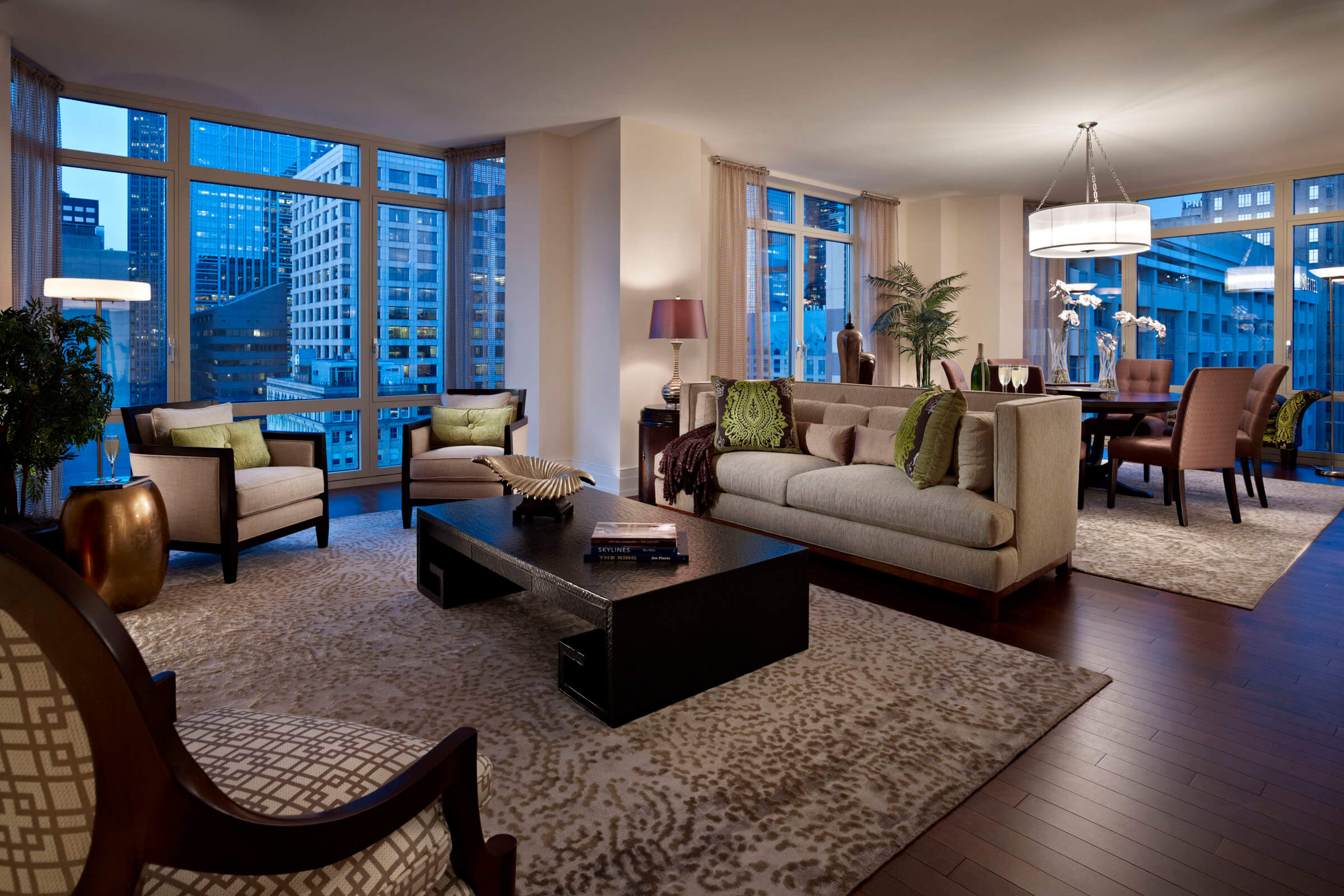 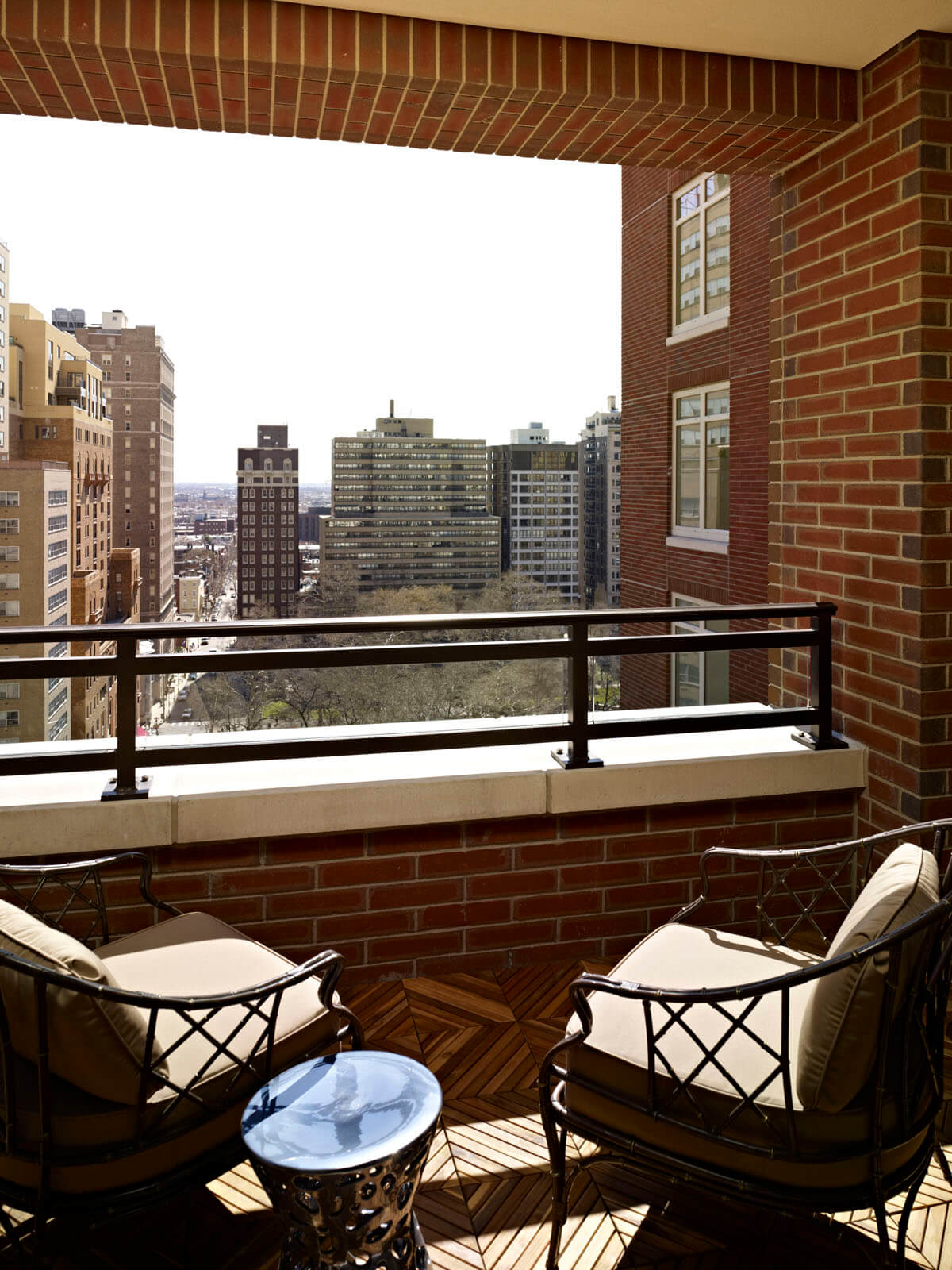