The new home for the Terry College of Business at the University of Georgia was built in three phases on a prominent site adjacent to the University's historic core. The first phase, Correll Hall, houses the College's graduate programs, central administration, and a double-height study lounge on the northern tier of the sloping site. The 74,000-square-foot building presents formal entries at its east and west ends, marked by half-round porticos that resolve diagonal campus geometries.

The second phase, Amos Hall, accommodates the College's undergraduate programs and forms a quadrangle with Correll Hall. A south-facing double-height commons, bringing together study spaces, social amenities, and food service, opens onto a raised terrace and portico. One floor below, auditoriums and classrooms open onto a lower terrace. Phase three houses the College's faculty offices and research centers.

The 300,000-square-foot Terry College of Business is organized around two quadrangles and negotiates a 40-foot change in grade as it steps down from north to south. Primarily neo-Georgian in expression, the new Terry School incorporates Greek Revival motifs that are common to the University of Georgia and the architecture of Athens, carrying forward the campus's historic palette of red brick, limestone trim, and slate roofs. 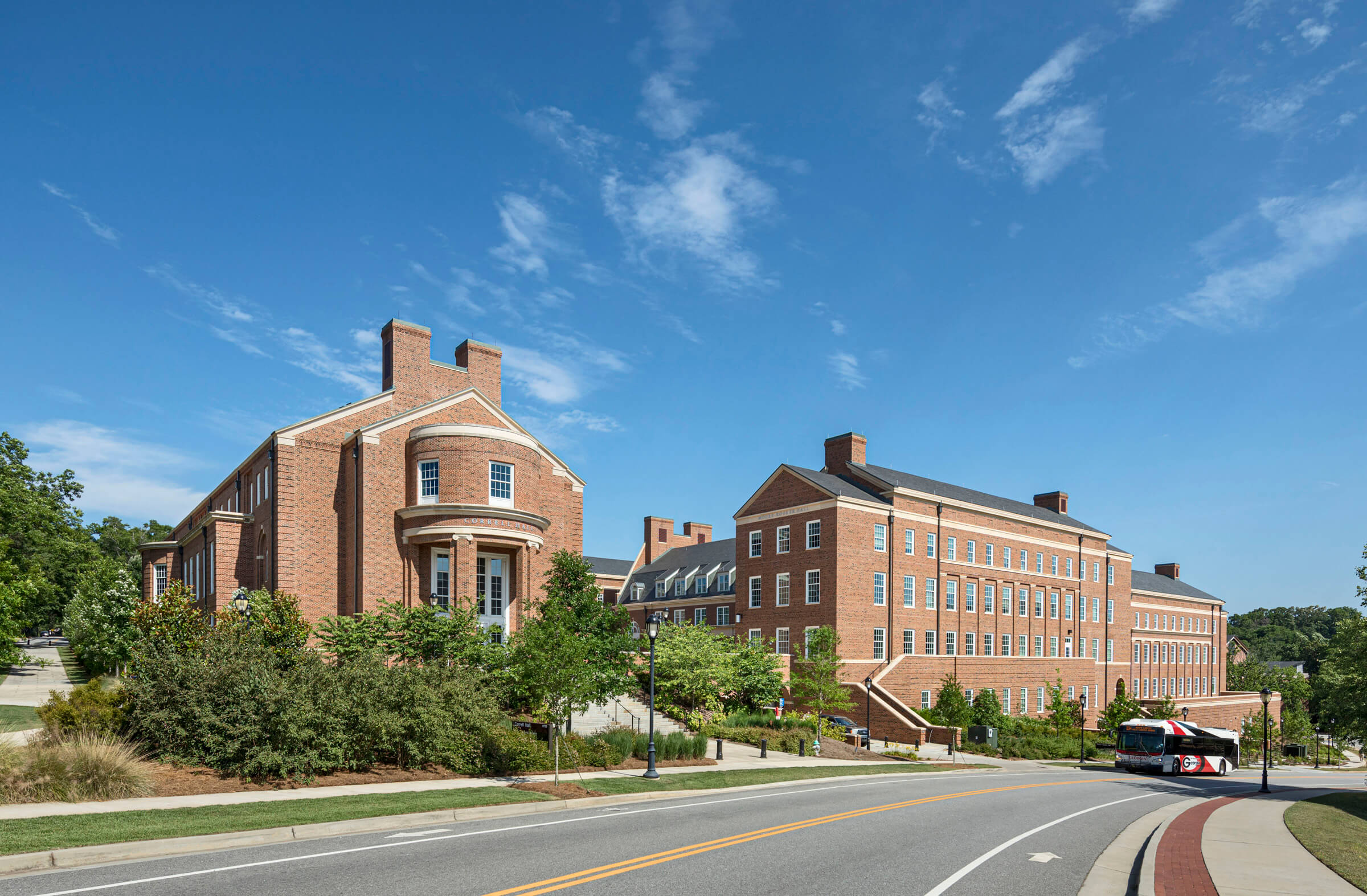 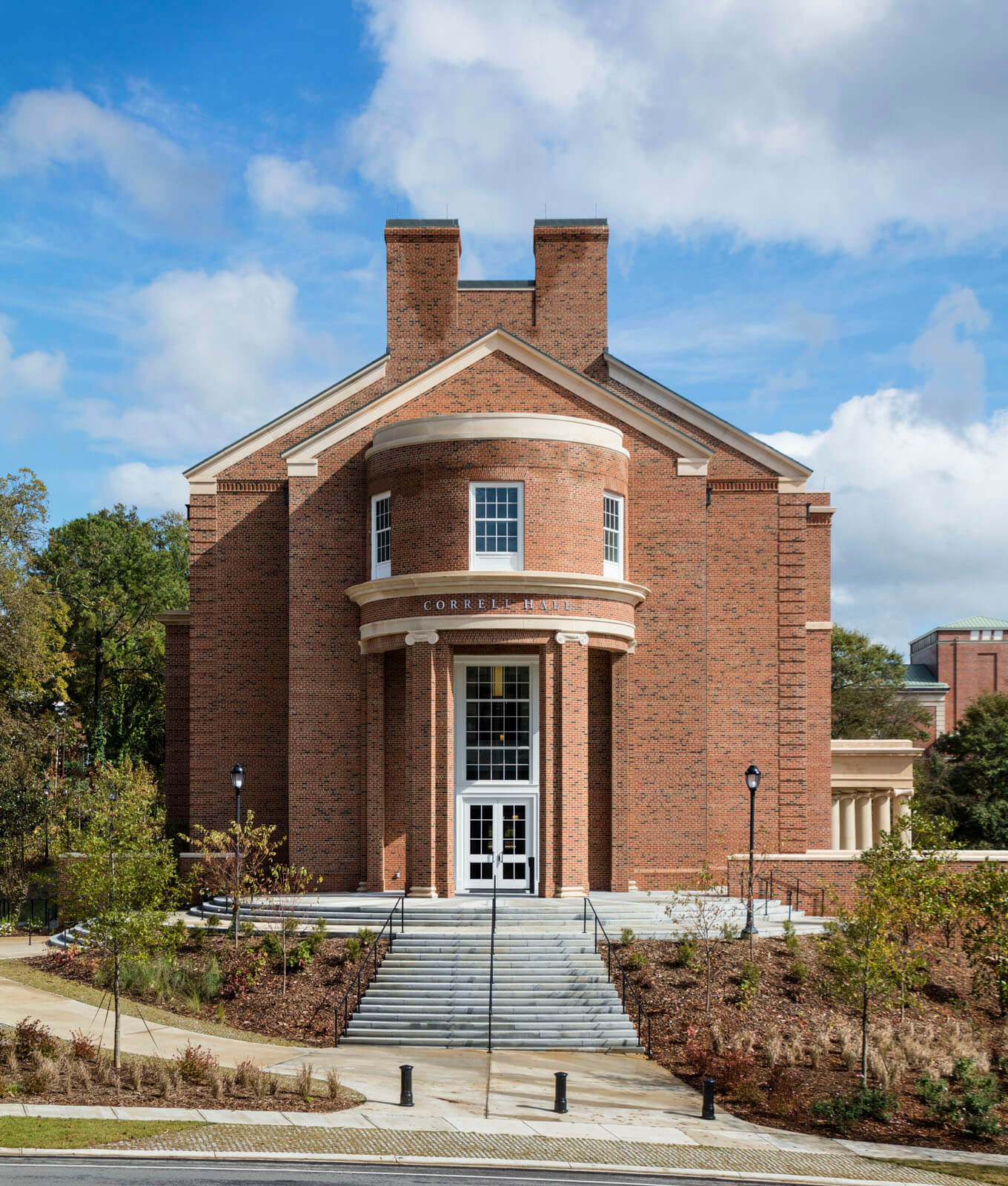 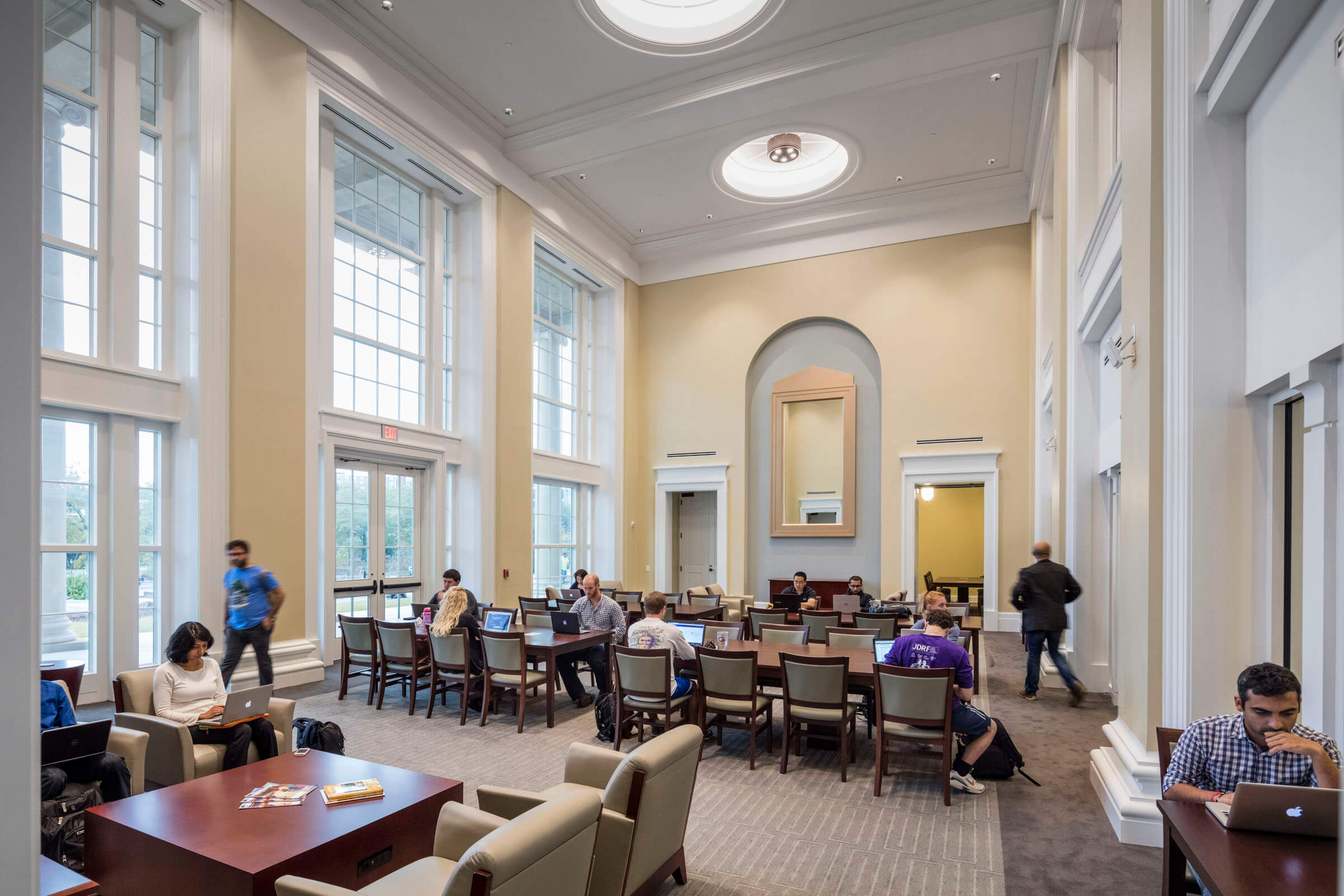 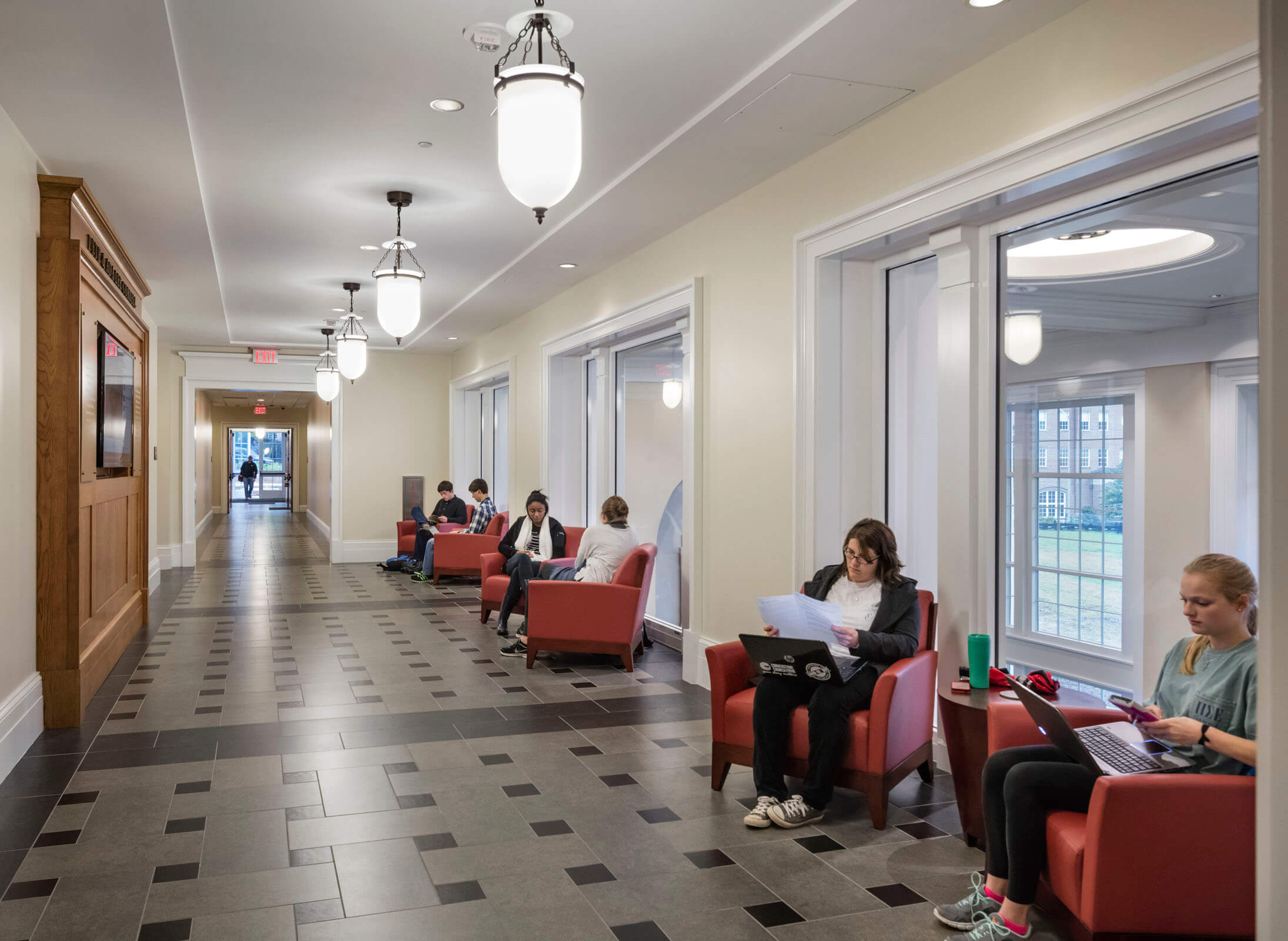 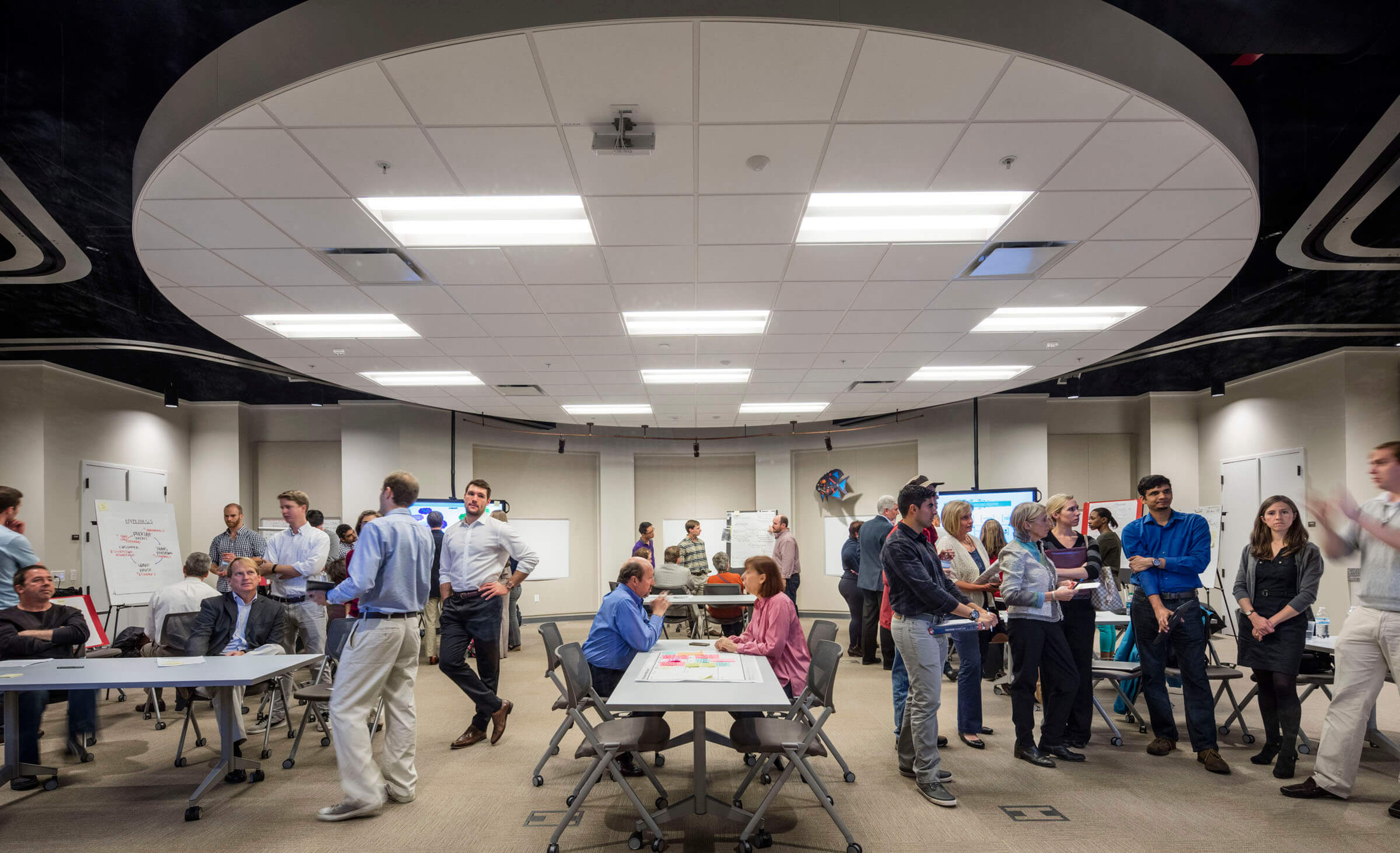 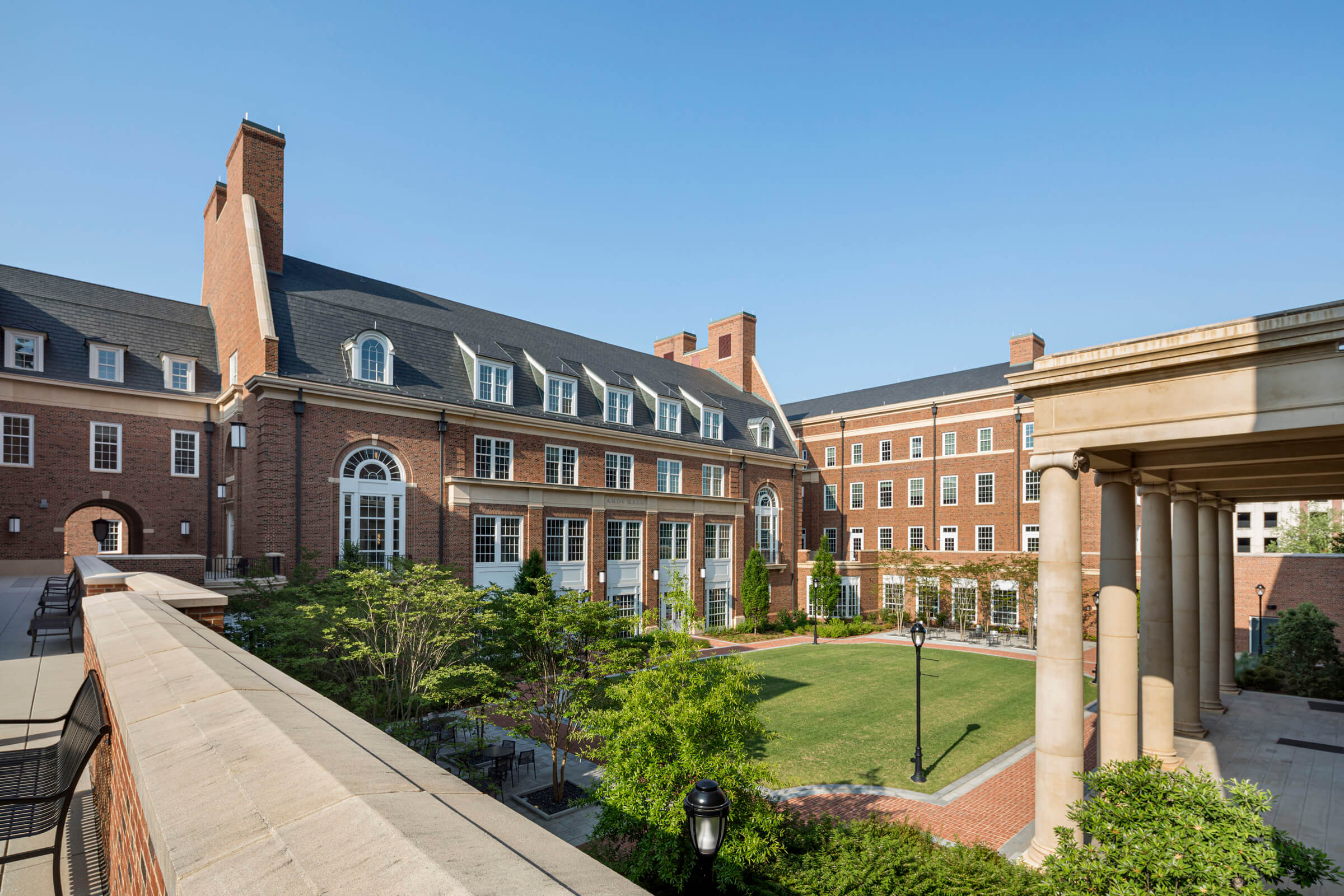 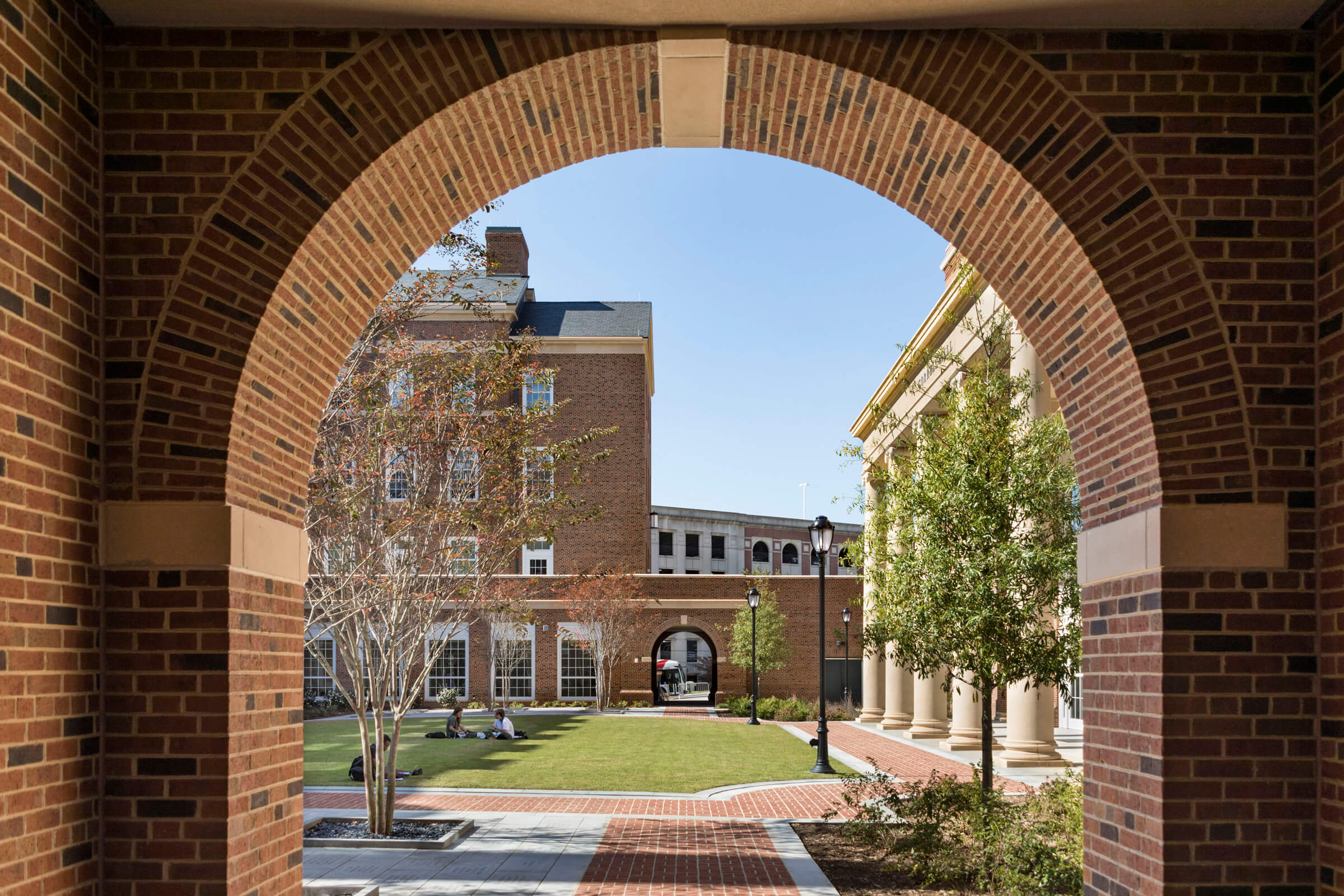 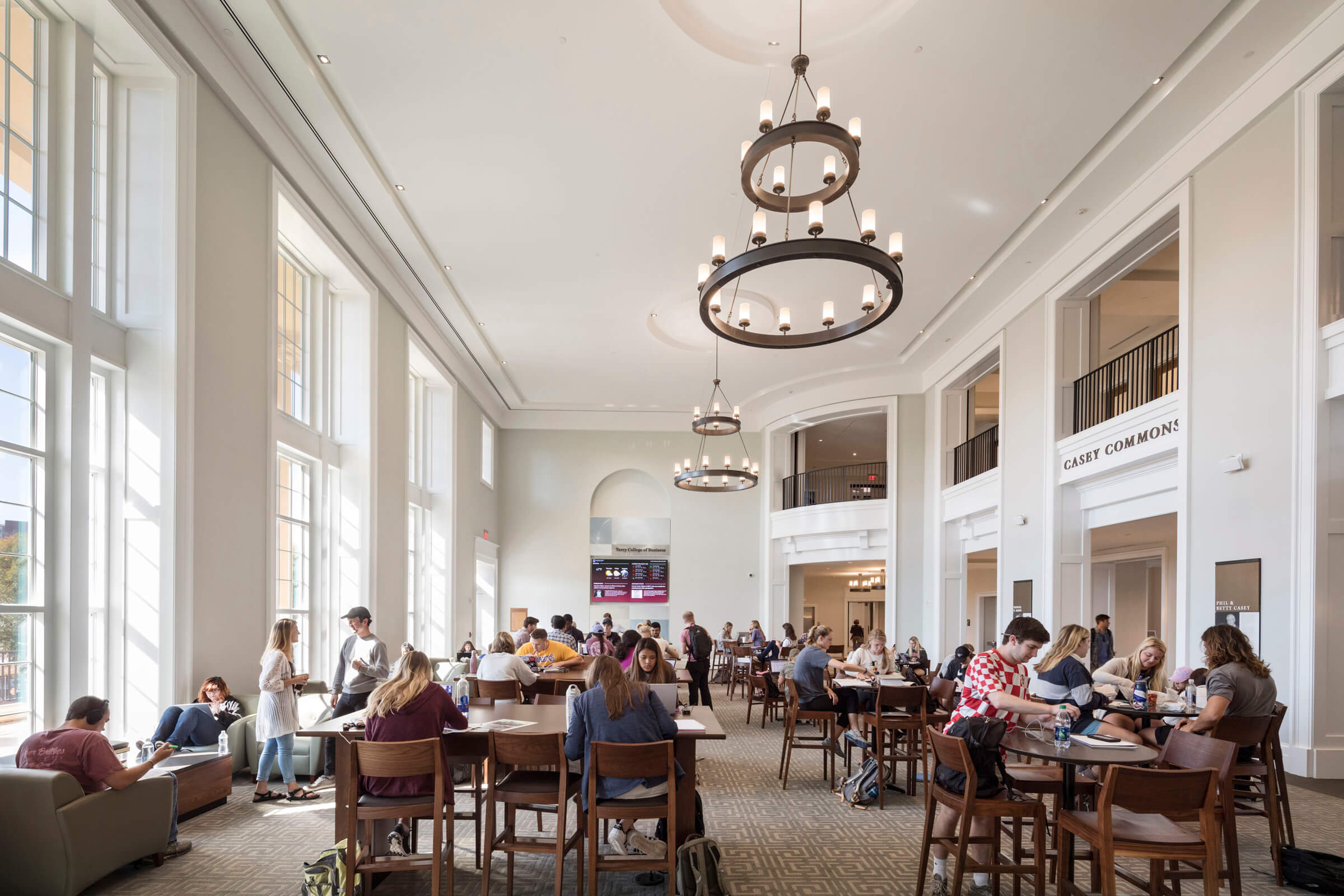 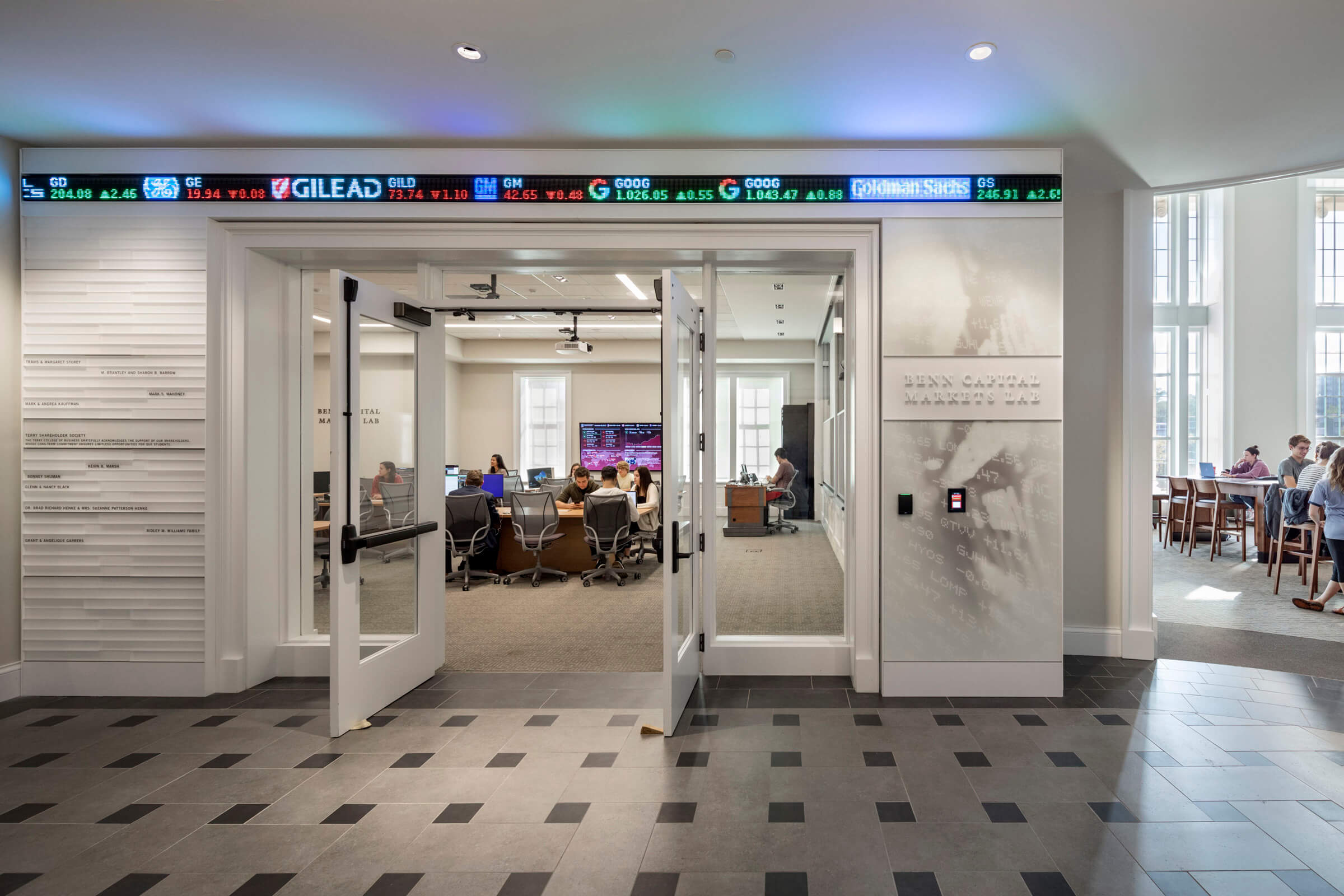 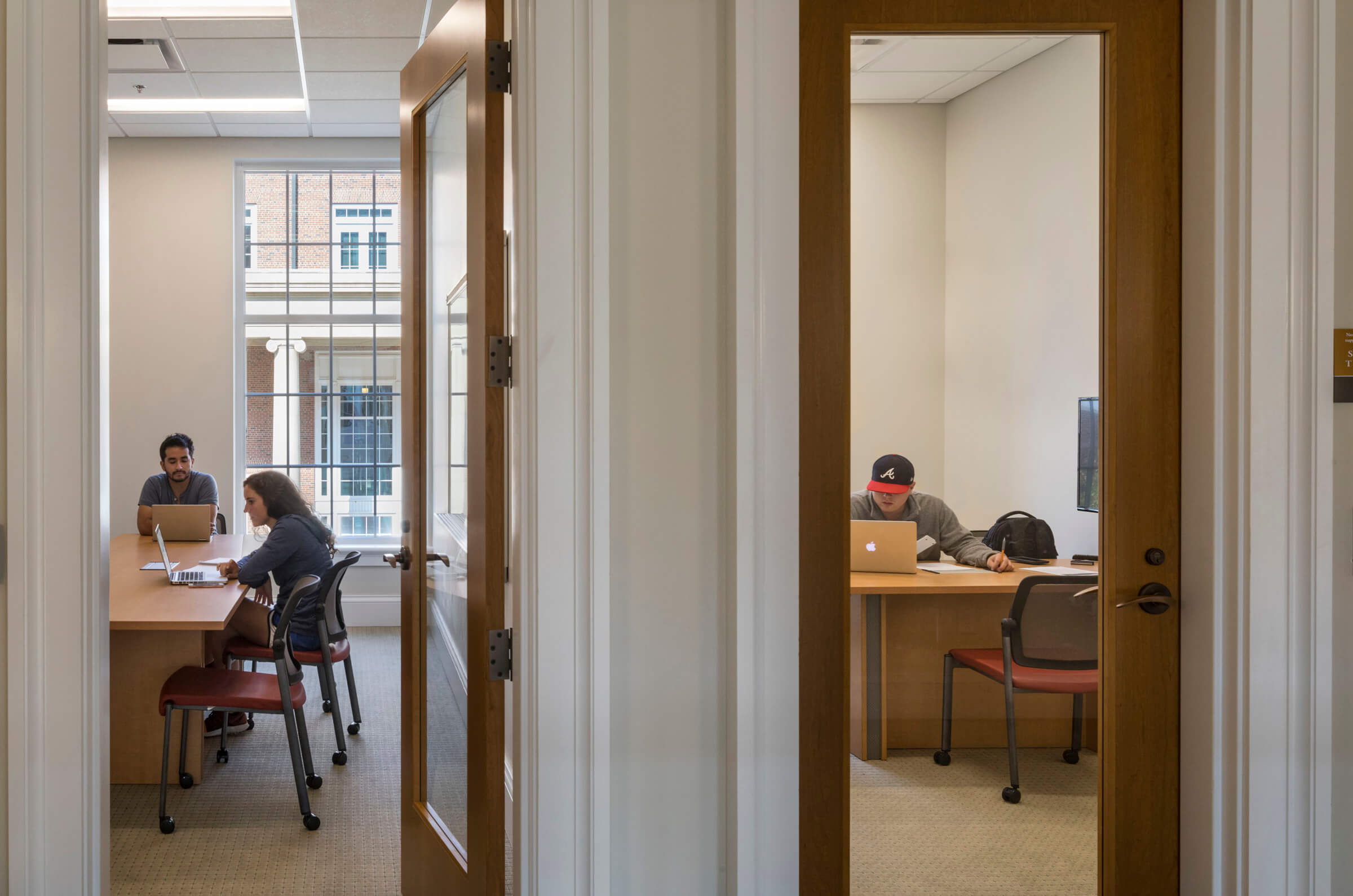 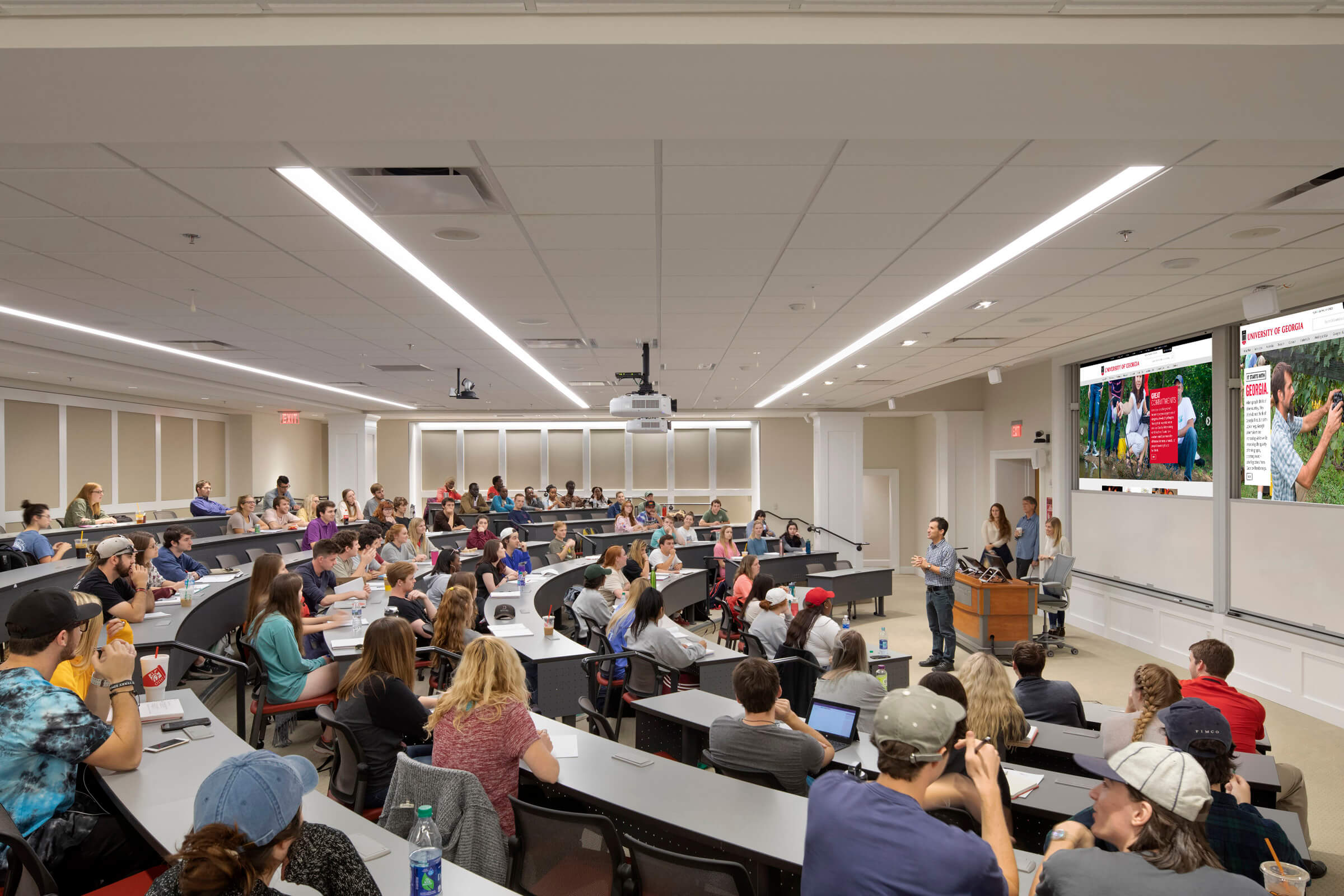 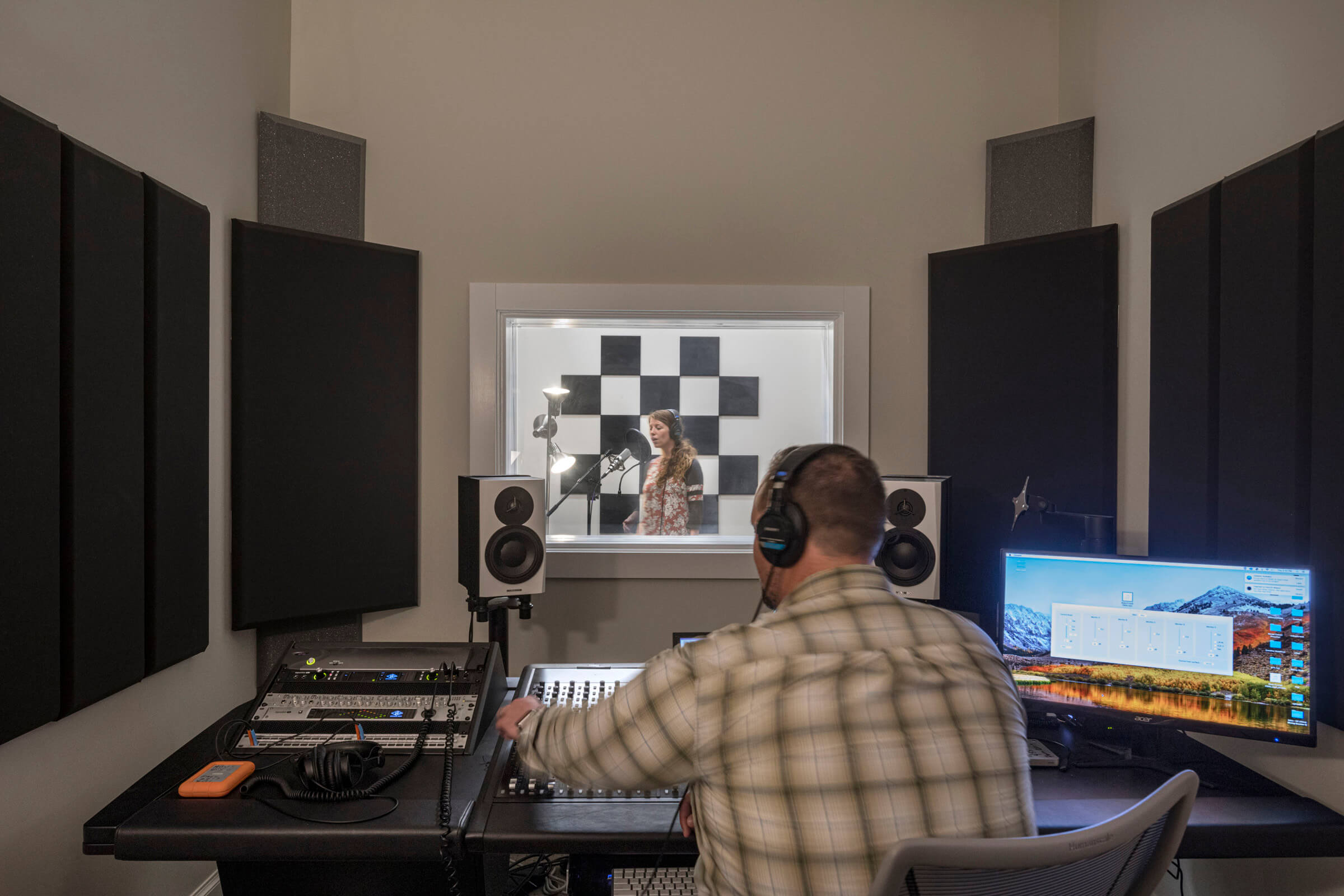 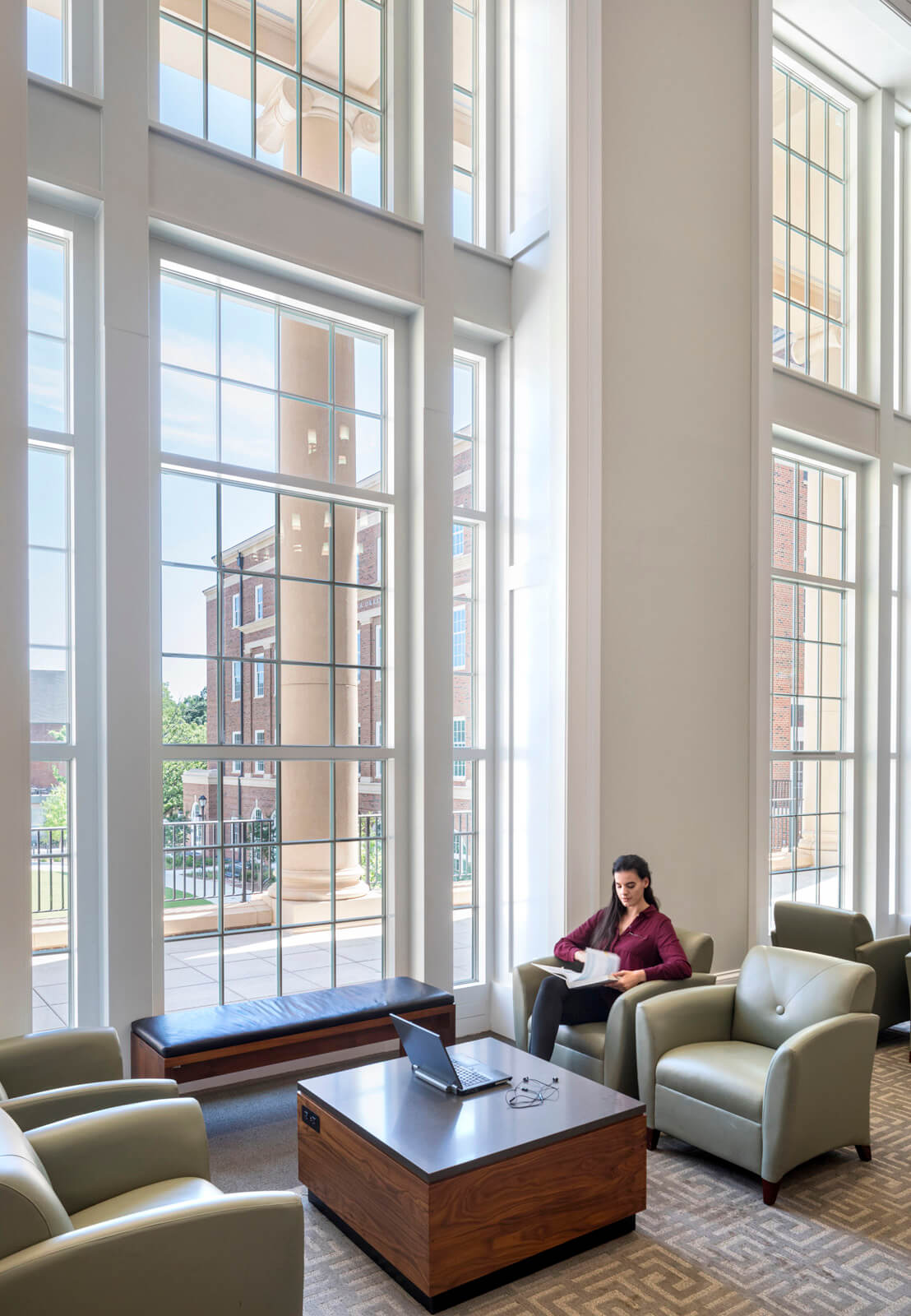 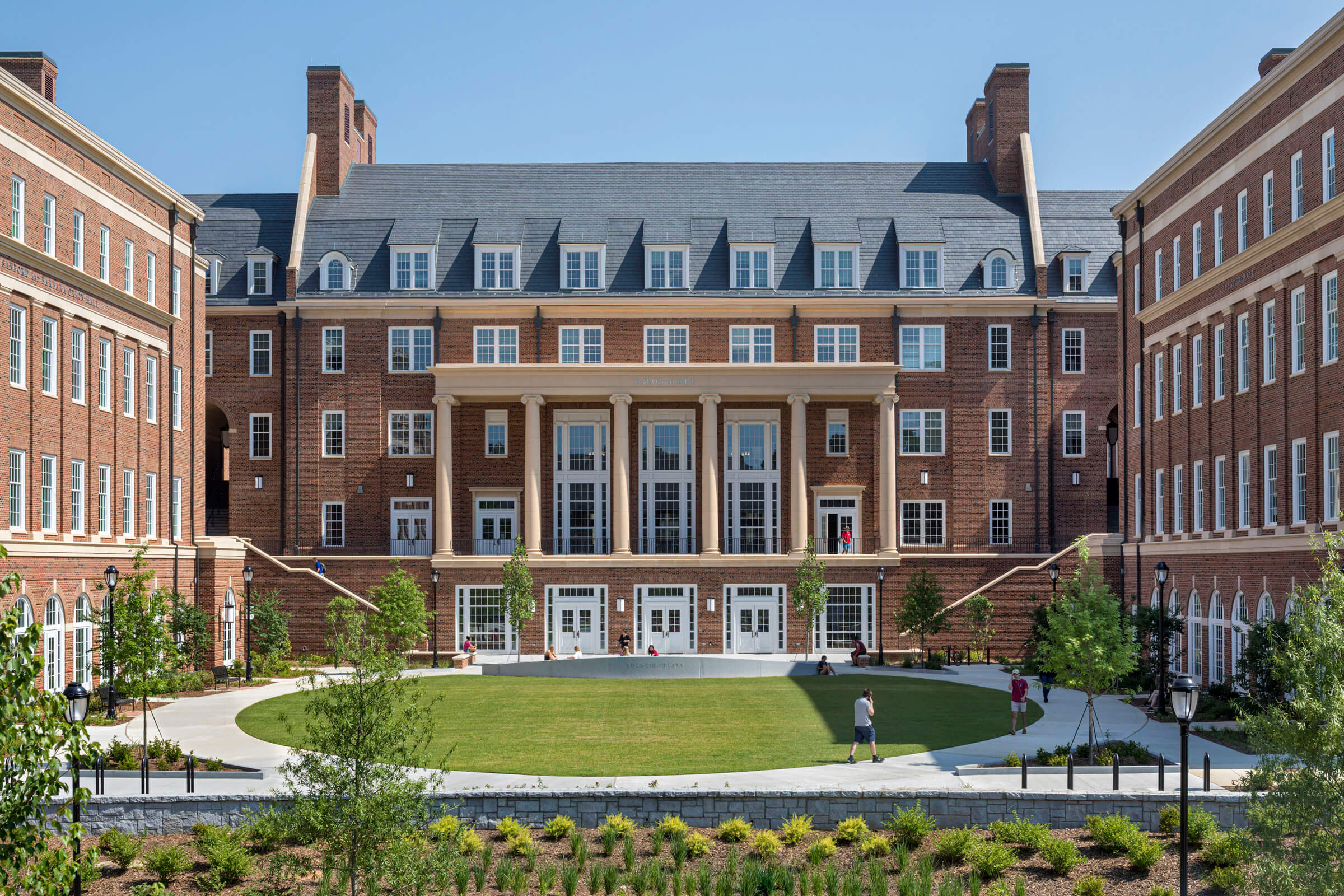 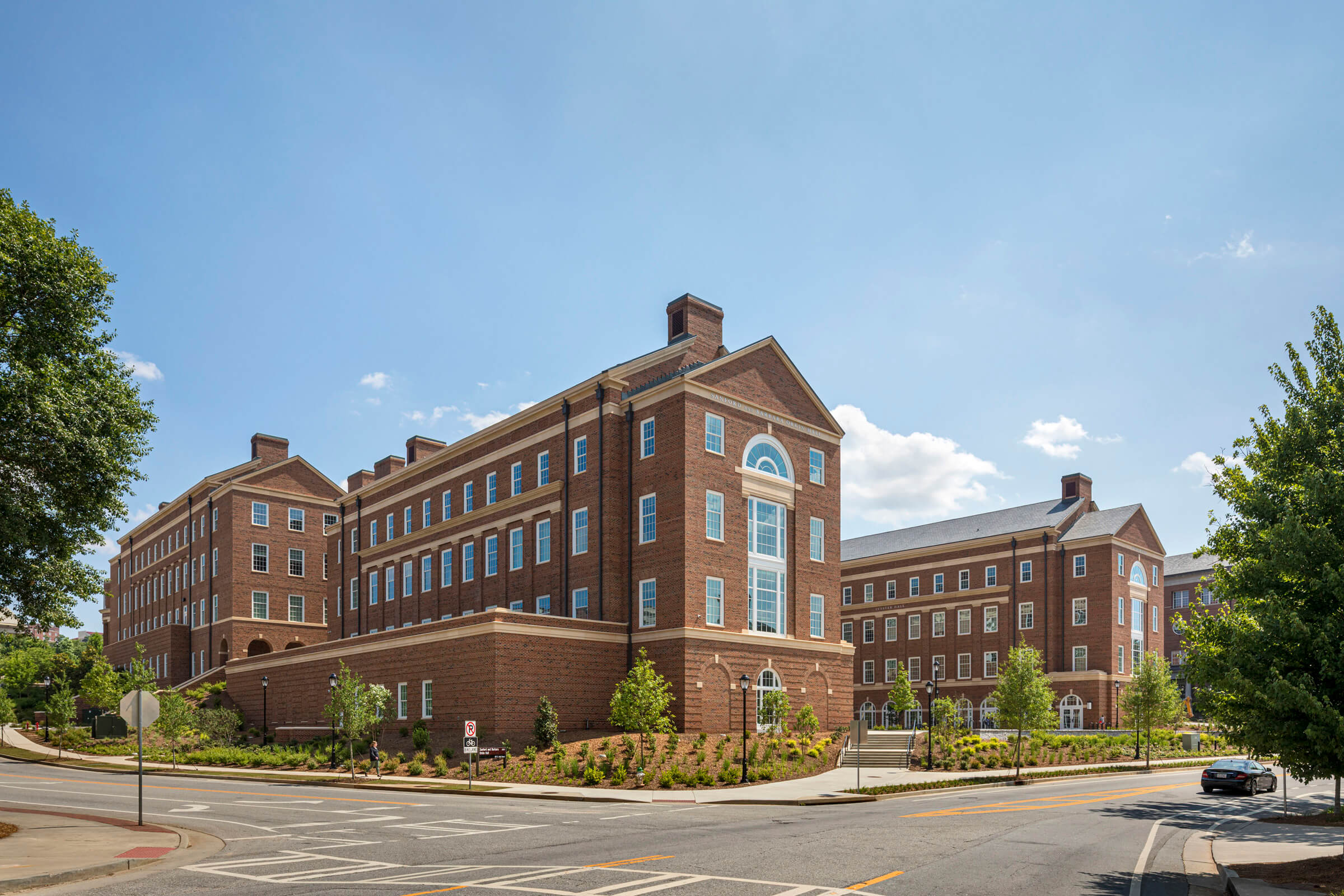